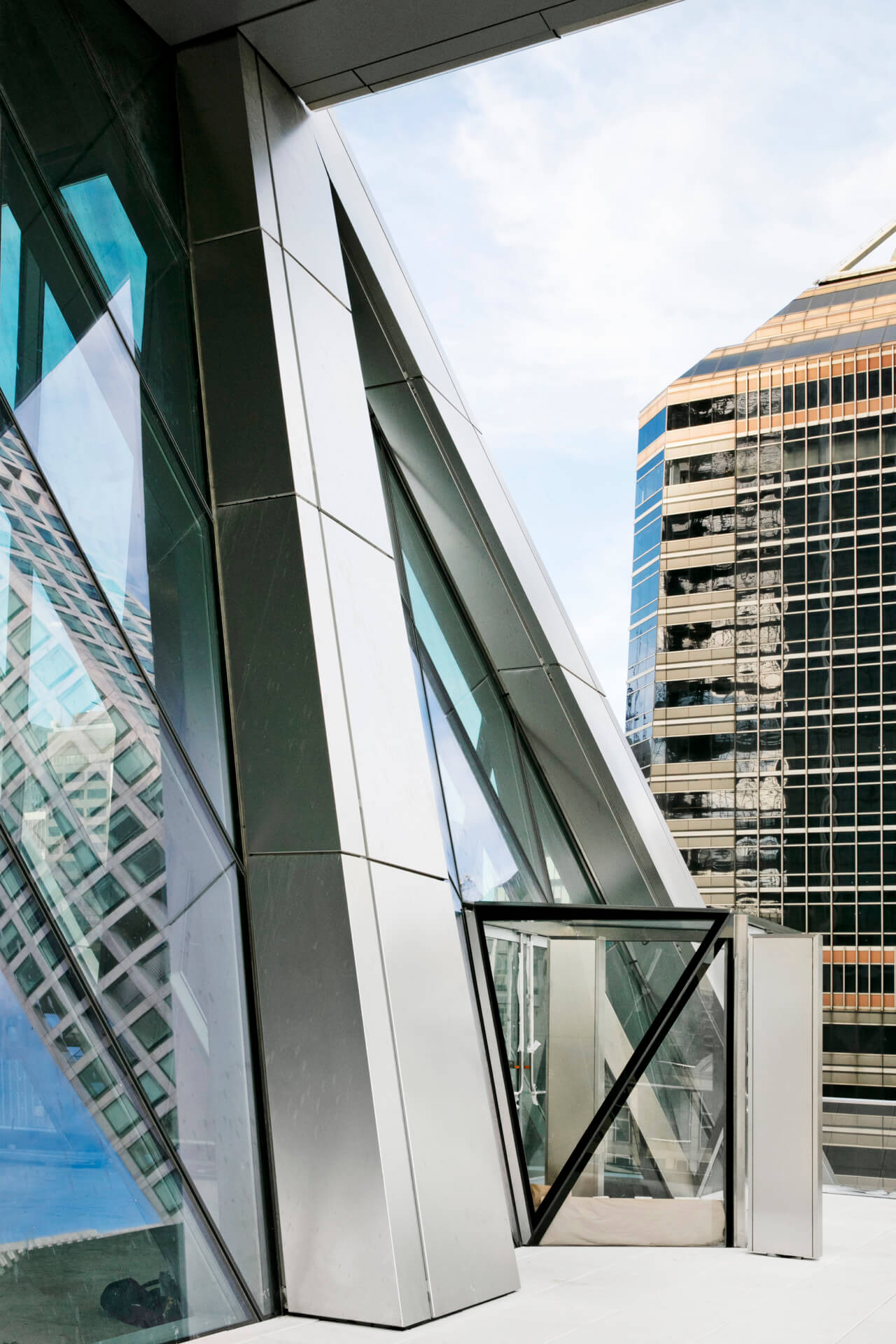 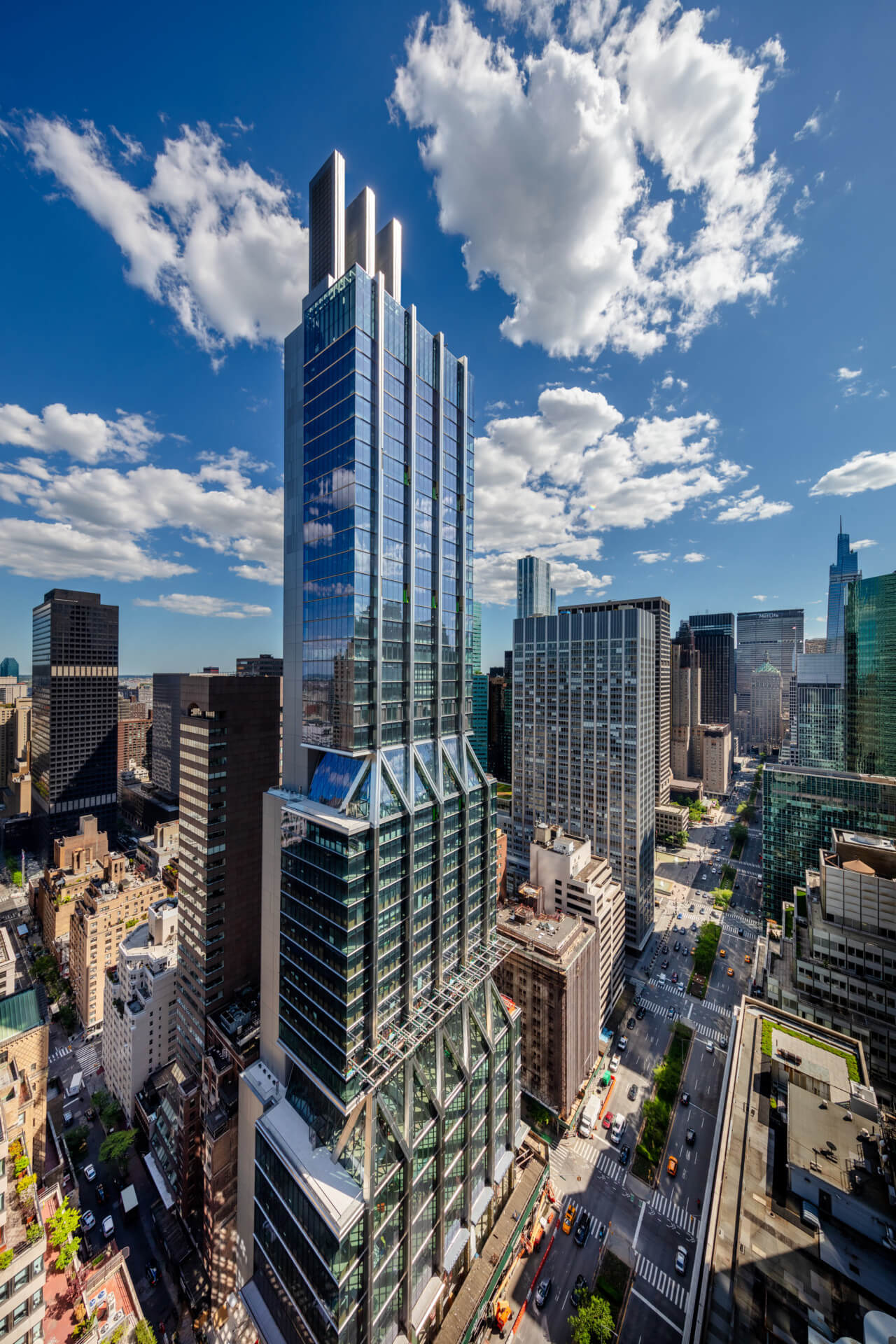 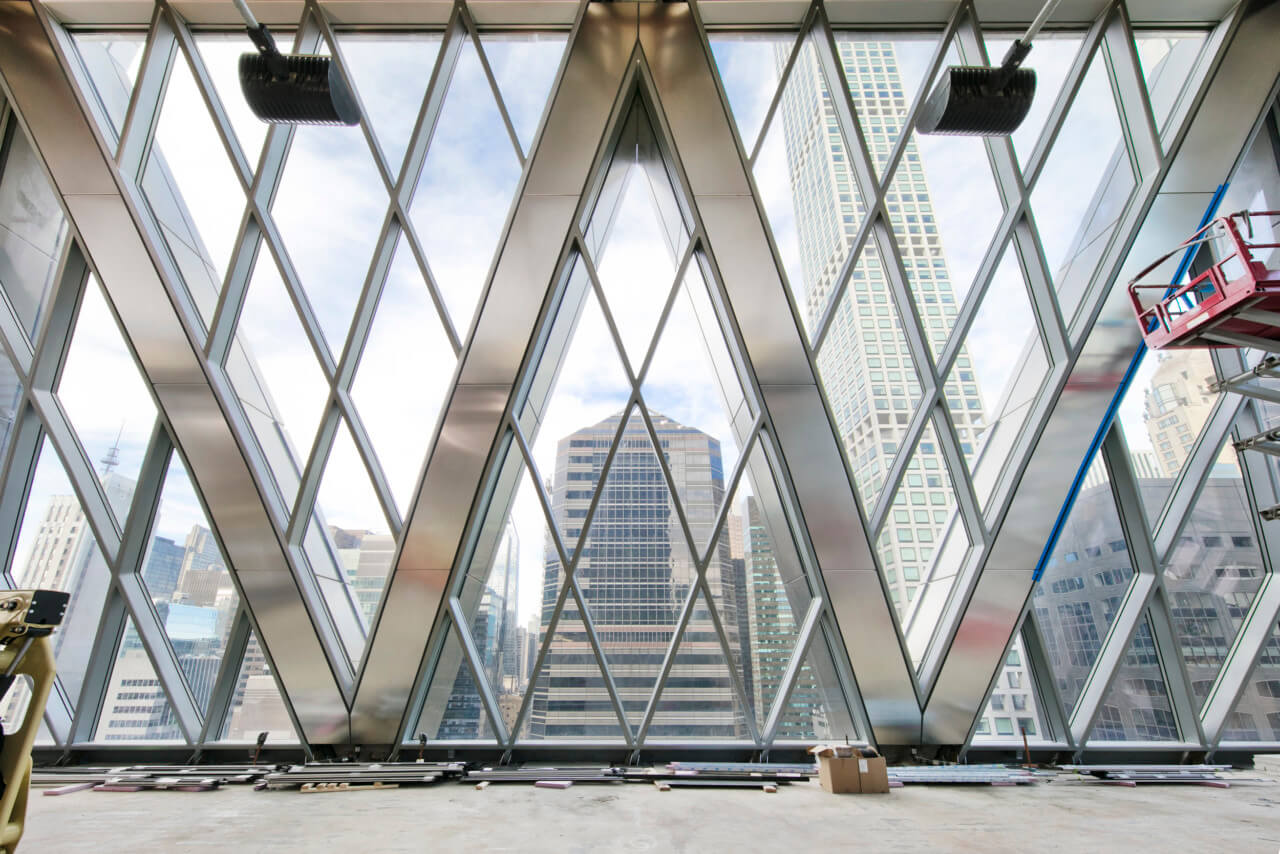 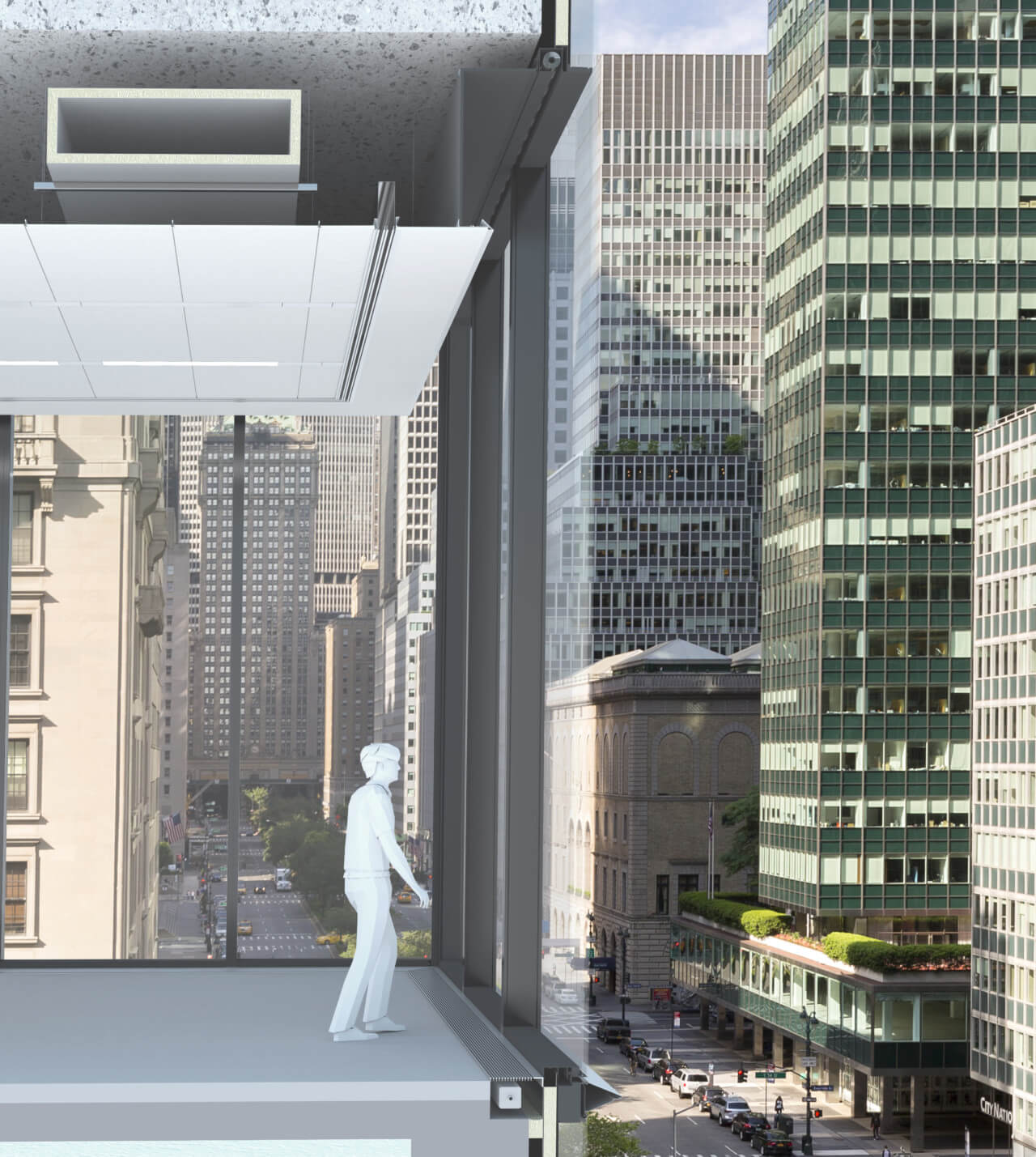 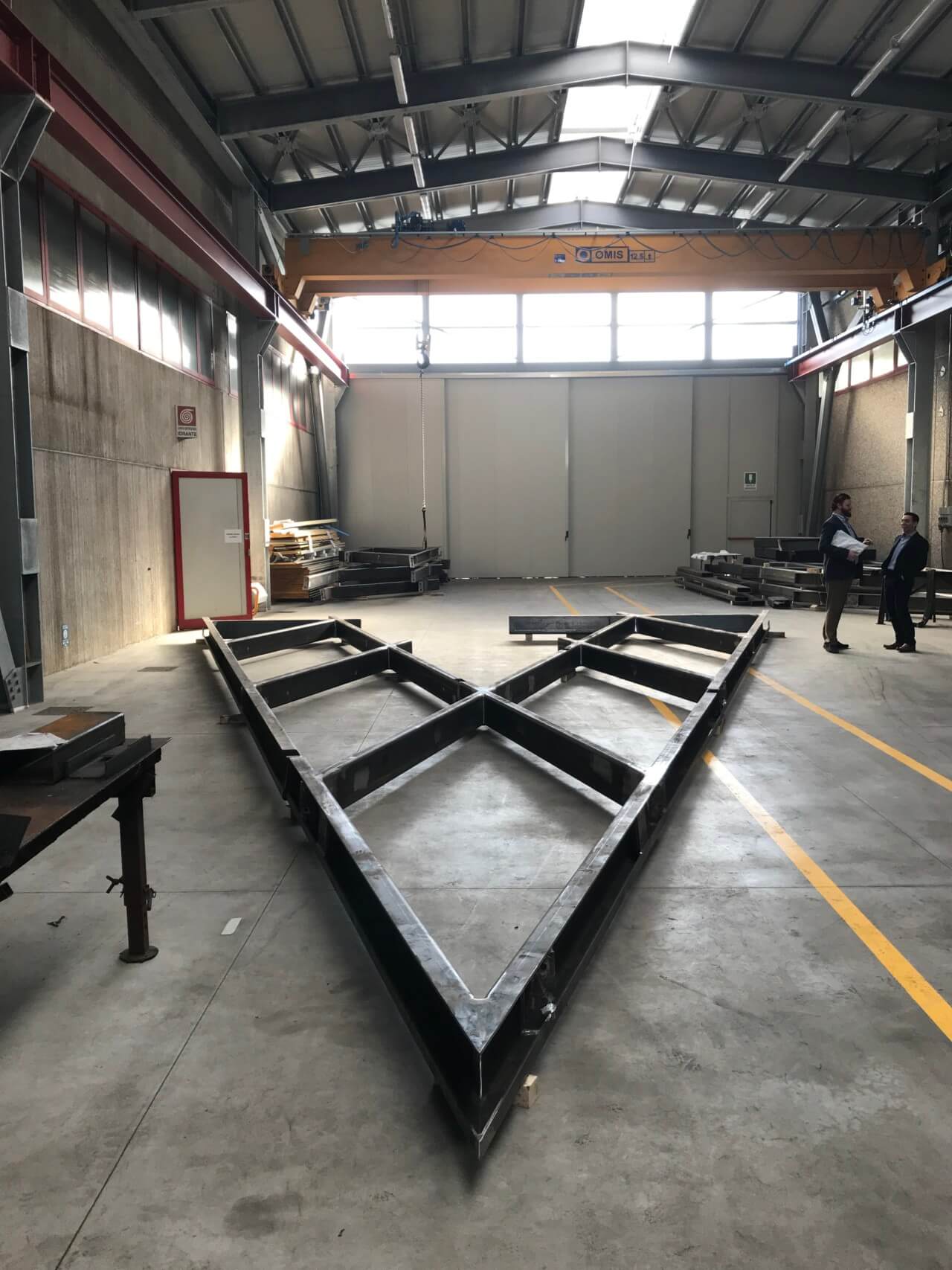 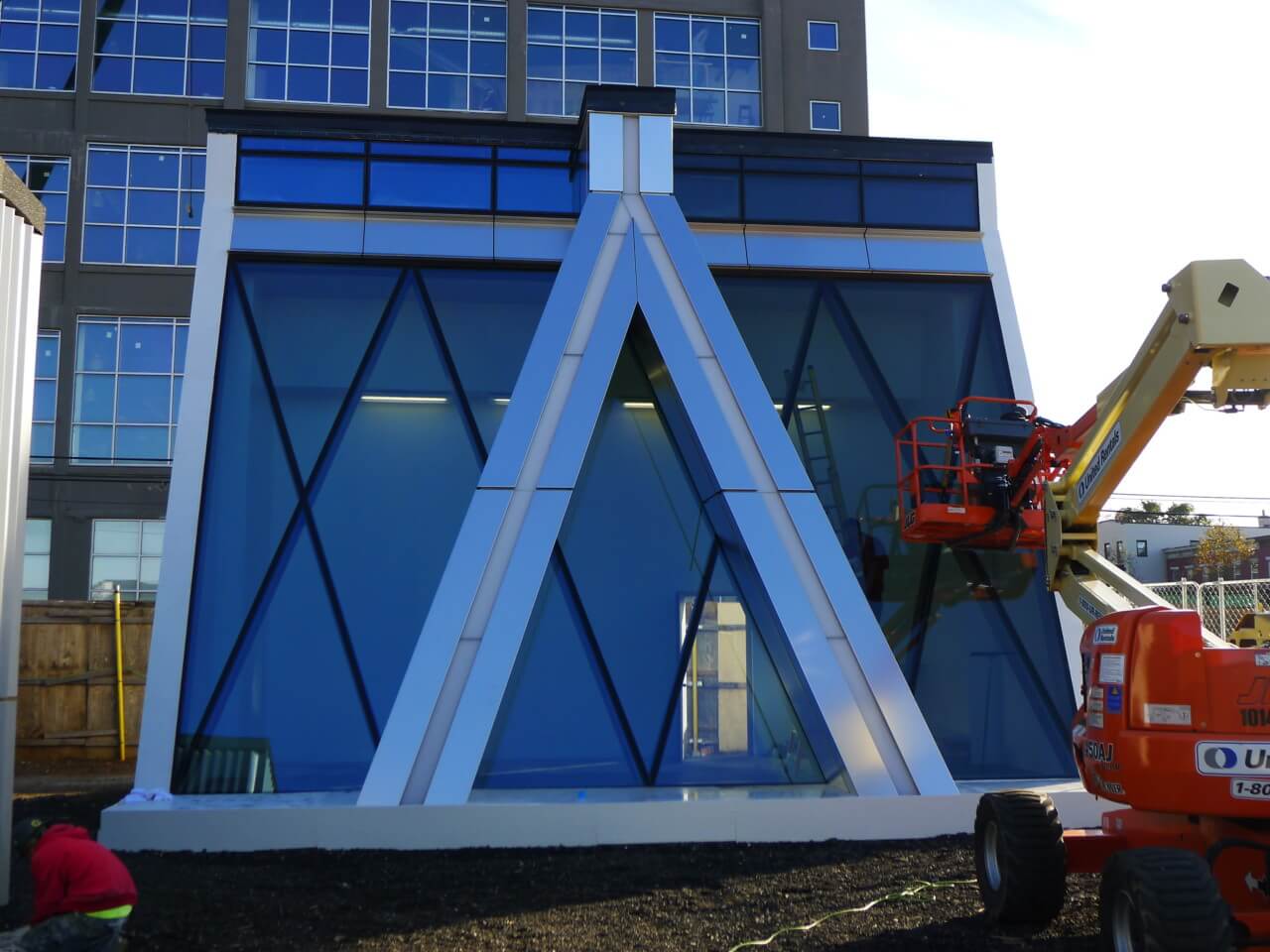 Some may know of 425 Park Avenue as the Manhattan address of a buzzy new restaurant location from Eleven Madison Park Michelin-star owners, but it is also the site of the (partially) new 47-story office building designed by Foster + Partners for L&L Holding Company. Almost nine years after a winner of the invitation-only design competition was announced, the 853-foot-tall tower has finally been completed, receiving its temporary certificate of occupancy in January. The new office building is also the first full-block development on Park Avenue in over 50 years, and expects its first batch of tenants to move in before the end of 2021.

With gargantuan blue glass panels and light grey geometry slithering down the exterior, the building is hard to miss even among its more modern neighbors. In good company, 425 Park Avenue is close to both the Seagram building and SOM’s Lever House while also framed by the more recent—and controversial—432 Park Avenue. This dignified context was no small task for Foster + Partners and something they kept in mind when collaborating with the client throughout the design phase as well as when they needed to navigate two major obstacles: the complex zoning envelope and COVID-19 pandemic.

Each sloping diagrid on the facade adheres to required setbacks that reinforce the streetwall condition prominent along Park Avenue. Moving up from the base like a circuit board, the exterior triangles draw attention to the setback floors as they reduce in number. At the tallest setback, four fins transition to three which then continue and extend from the top crown. Ultimately, the team wasn’t able to take advantage of the Midtown East rezoning that occurred right after the project began. Skillful retainment of the existing structure allowed the demolition to be classified as a renovation, however, thereby maximizing floor area and the Floor Area Ratio (FAR). Where the existing building, originally designed by Kahn & Jacobs and built between 1954 and 1957, had a short floor-to-ceiling ratio, Foster + Partners was able to double it by removing every other floor. Hoping to increase the views up and down Park Avenue and maximize flexibility for tenants, the design team set the primary structural columns outboard of the floorplates to create clean, uninterrupted interior walls along the tower’s perimeter.

The envelope was manufactured and installed by Permasteelisa Group. Each of the exterior columns and decorative “bullnose” profiles accenting each floor of the tower were clad in stainless steel sheets with an embossed linen finish from Outokumpu. The Foster + Partners team designed a corrugated aluminum profile, finished with metallic Interpon paint from AkzoNobel, for the core cladding that provides texture and relief on the facade while still allowing the building to “breathe” without exposed storm louvers or vents.

The impressive Warren trusses that line each setback are only possible due to RHS (rectangular hollow section) framing. Each diagrid mullion was shop-welded together to form large “puzzle pieces” that could be shipped to the site and bolted together to form a composite structural frame. Seams between the framing members were then filled, sanded, and painted in situ to create a monolithic appearance. A dual-purpose drainage channel and ladder frame were then fastened to the sub-structure allowing the 19 foot tall, diamond-shaped cladding panels to be hung on the framing.

“The design of 425 Park Avenue responds to the historical lineage of the street as well as the complexity of the site,” summarized James Barnes, a senior partner at Foster + Partners. “We sought to create a form that is a pure expression of its function, the lower floors, knitted to the urban grain at street level; a recessed central section; and a slender formation of premium floors at the top. The design and fabrication of sloping diagrid facades located on each of the setbacks were particularly challenging and working closely with Permasteelisa and the wider team, we were able to deliver our vision for a new landmark on Park Avenue.”