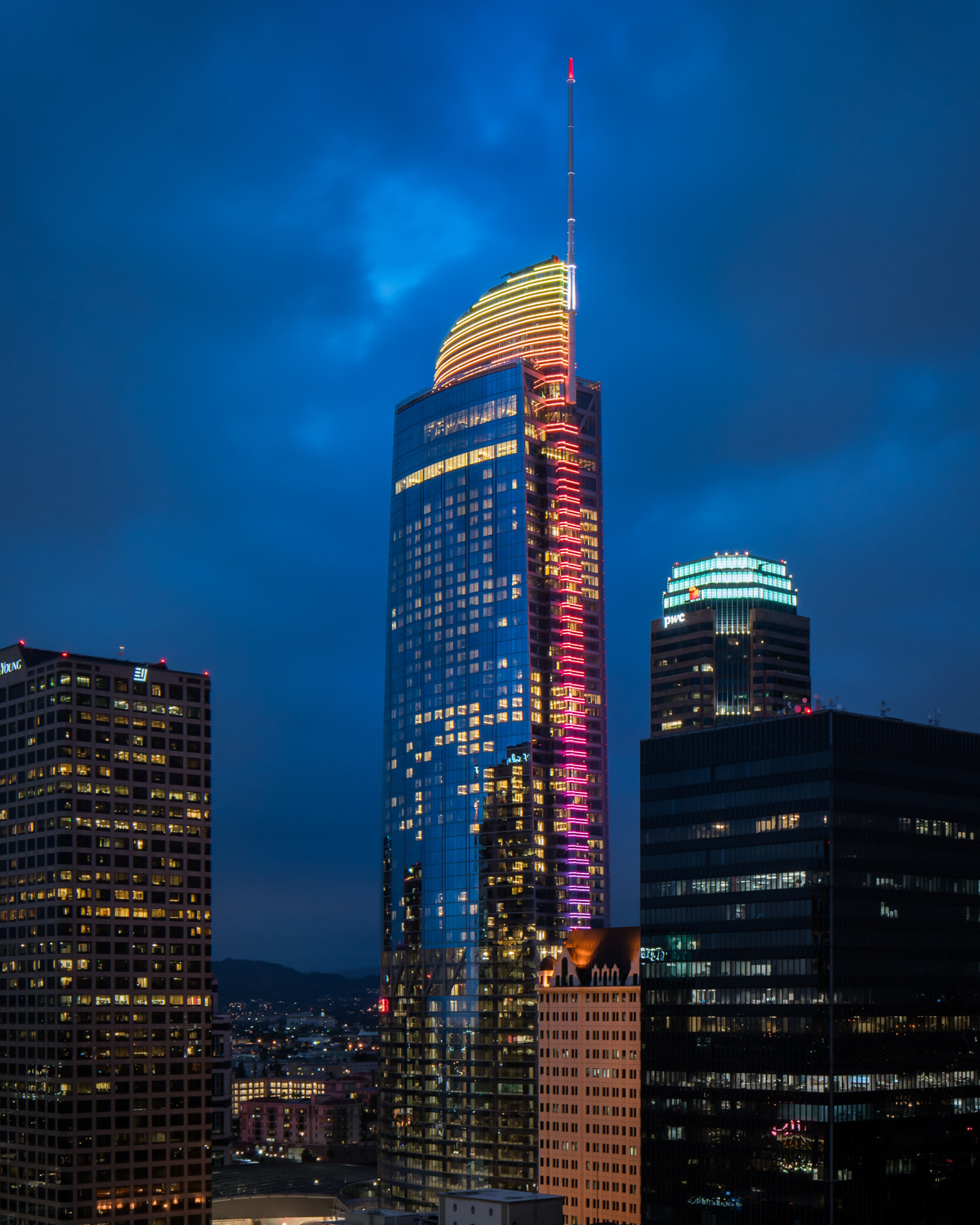 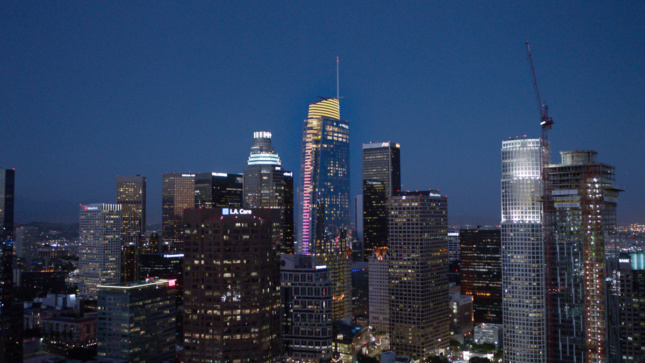 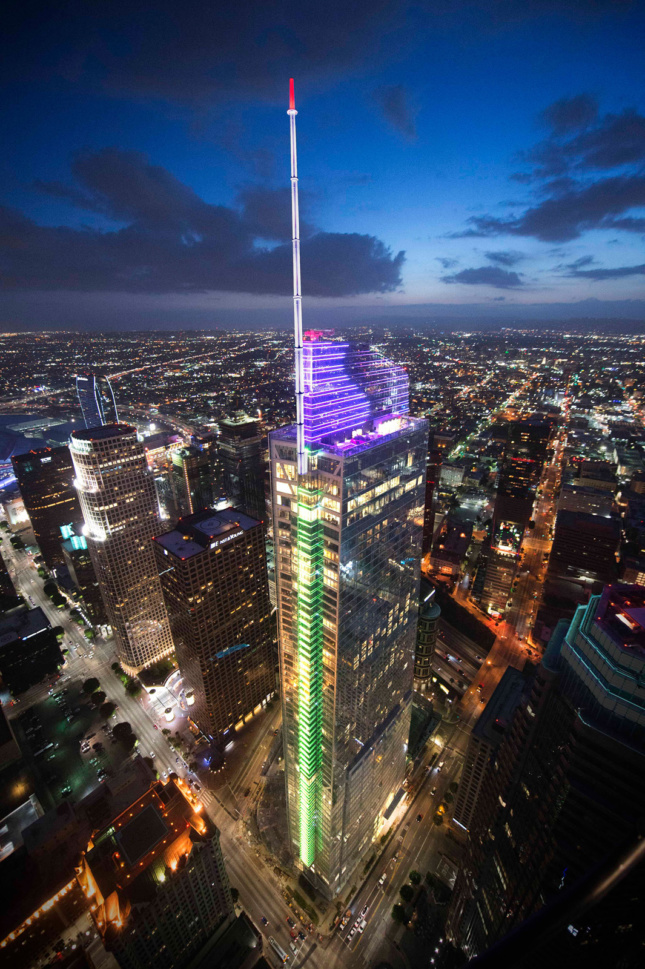 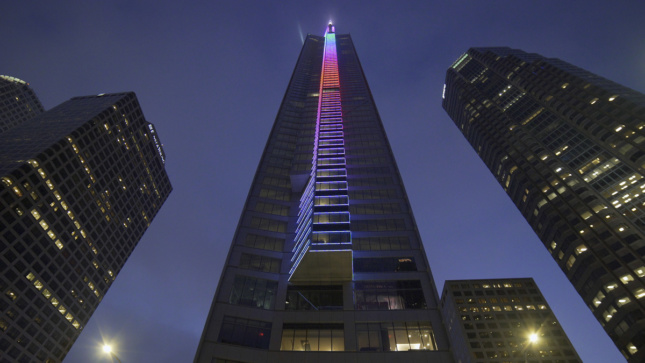 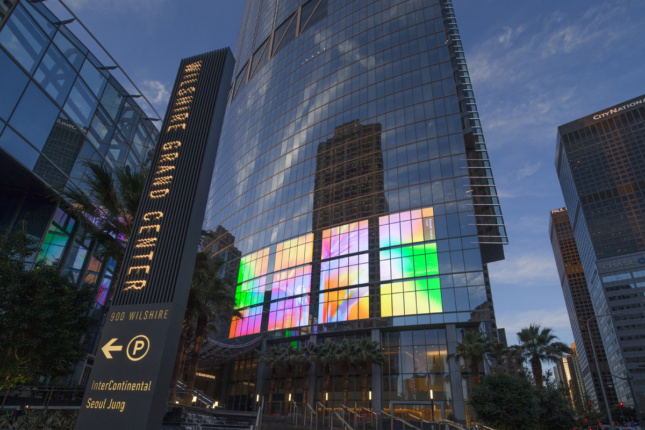 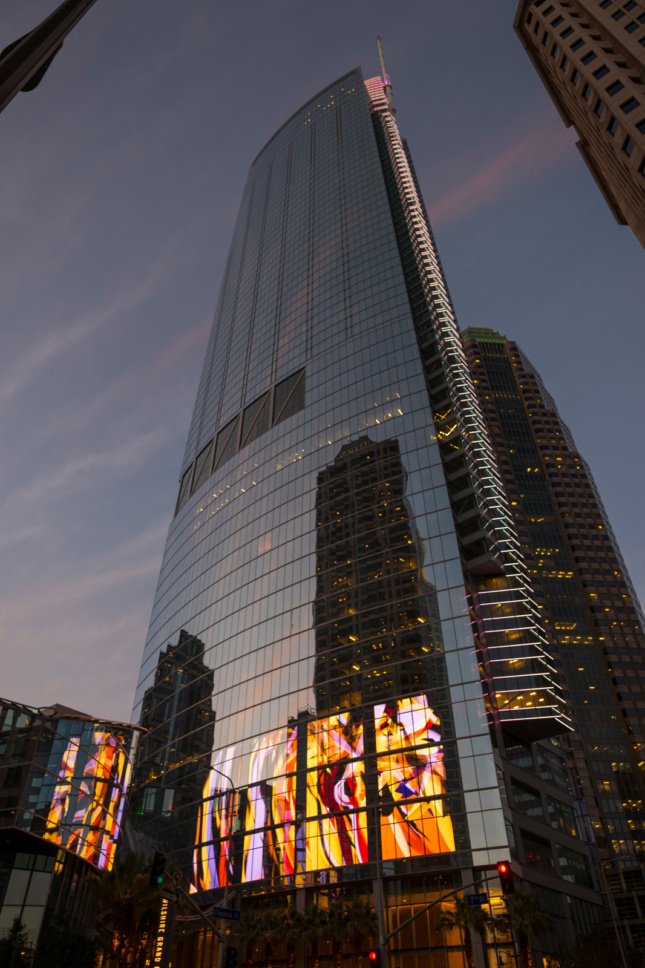 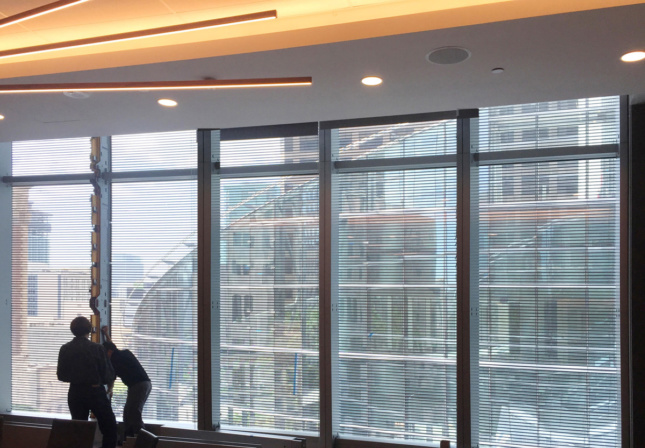 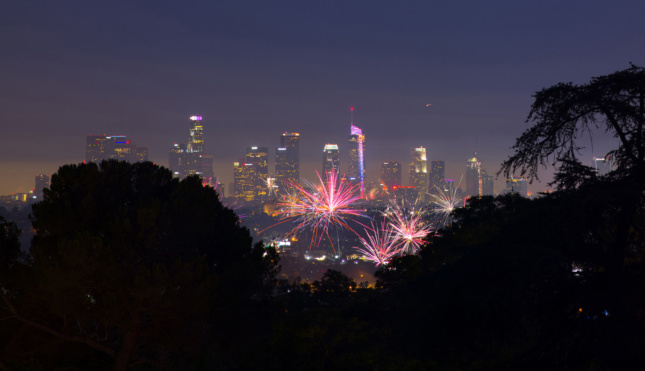 The tower formally breaks from a 1974 ordinance requiring towers to have flat roofs for helicopter rescue in the event of fire. A tapered form was permitted due to advances in fire safety and building technology, such as a reinforced concrete central core that exceeds the city’s current fire code.

The facade features a fully integrated, centrally controlled experiential LED lighting developed by StandardVision. The linear fixtures were custom made per floor, and installed throughout each of the tower’s 73 floors. One centrally controlled system ties the entire system together. This allows possibility for the facade for incorporate full motion video, artwork, accent lighting, and brand signage as desired.

All linear accent lighting was integrated into the glazing panels, and the fixtures were pre-installed in the facade contractor’s shop prior to site delivery. This unitized approach minimized staging time on-site and allowed for a smooth installation workflow. Joshua Van Blankenship, vice president of media platforms for StandardVision, said this was one of the biggest challenges of the project. Another technical challenge was to ensure lighting occurred seamlessly despite traveling over expansion joints in the facade and encountering over 200 parametrically controlled panel widths.

“Resolving these two factors with Benson [the facade contractor] allowed us to save tens of thousands of man-hours in exterior installation, and focus our budget on providing the technology solution the architect wanted without a single SV change order,” he said. Penetrations through the building envelope were reduced to a singular point per floor level. A small kick plate access hatch offers accessibility from the interior. This utility space houses LED drivers for the fixtures and wiring for the system. The detailing and design coordination of this moment in the facade went through rigorous proof of concept water-testing to ensure performance. Van Blankenship credits a close design-build relationship between documentation and fabrication teams at Benson and StandardVision for the success of the integrated lighting system.

“Our designers in L.A. were regularly working these shifted-hours to have time to overlap with Benson’s Singapore team, and by the end of the process, we were incredibly efficient in defining how our respective scopes were going to relate.” he said. “Throughout this entire process AC Martin, Turner and Rosendin (the electrical contractors) were great partners in helping to make this hybrid system work.”