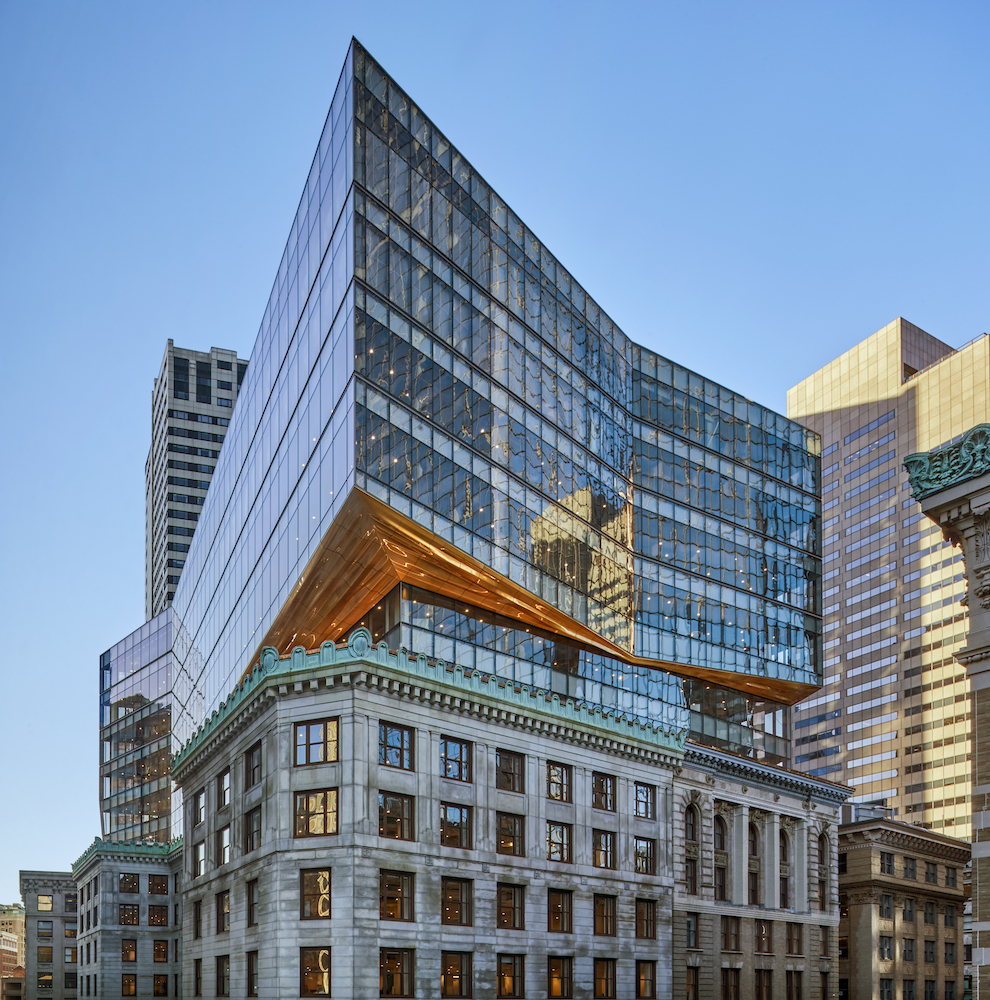 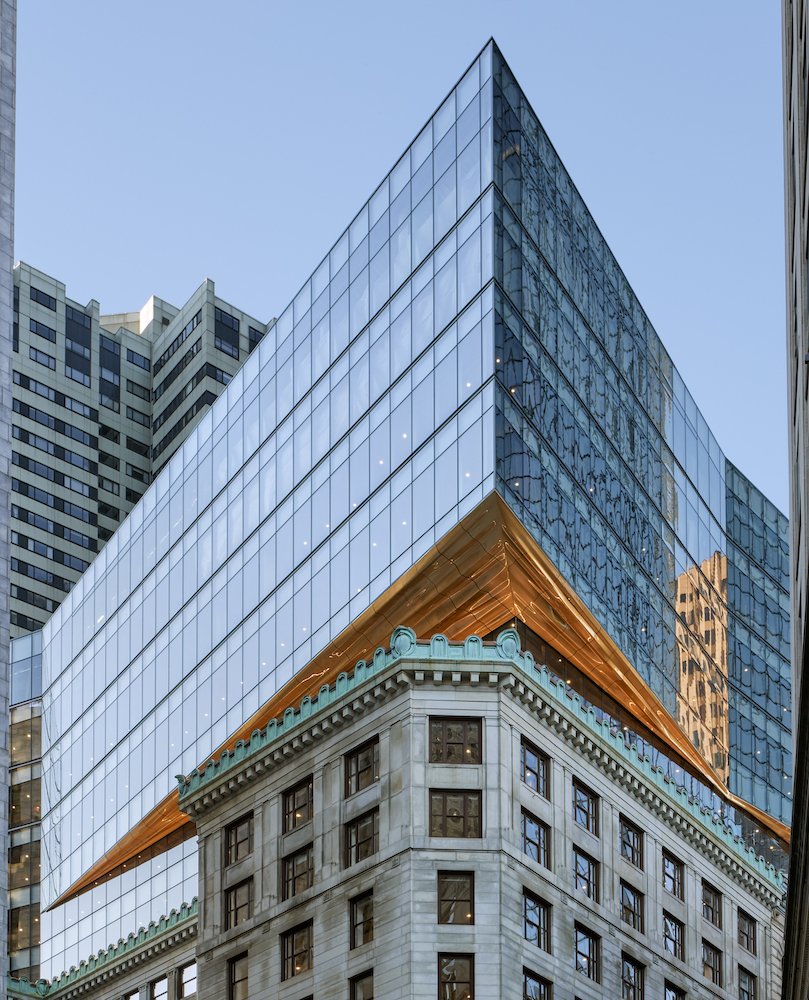 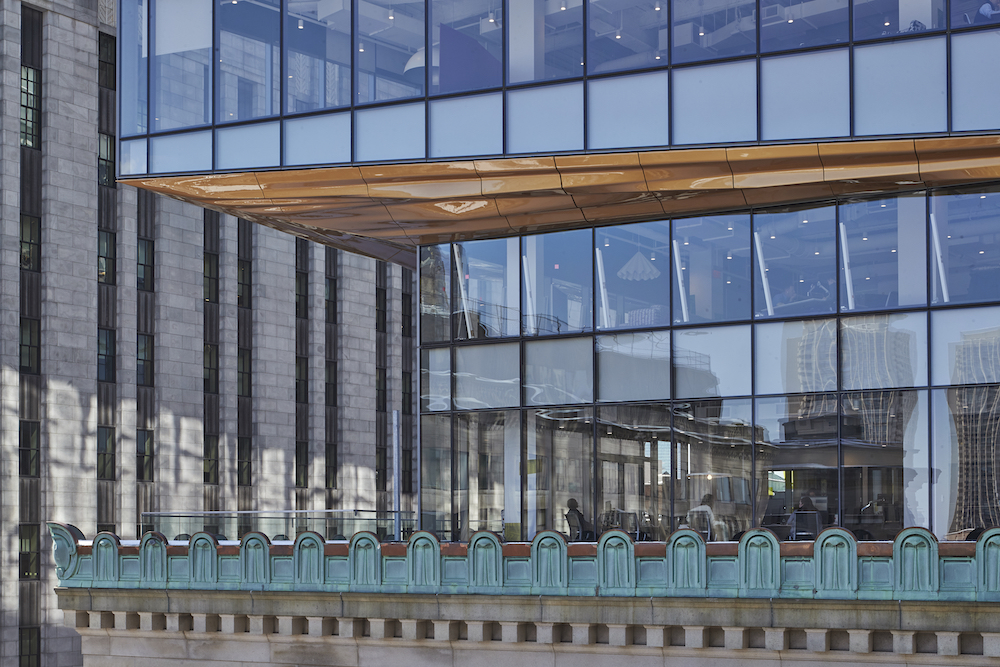 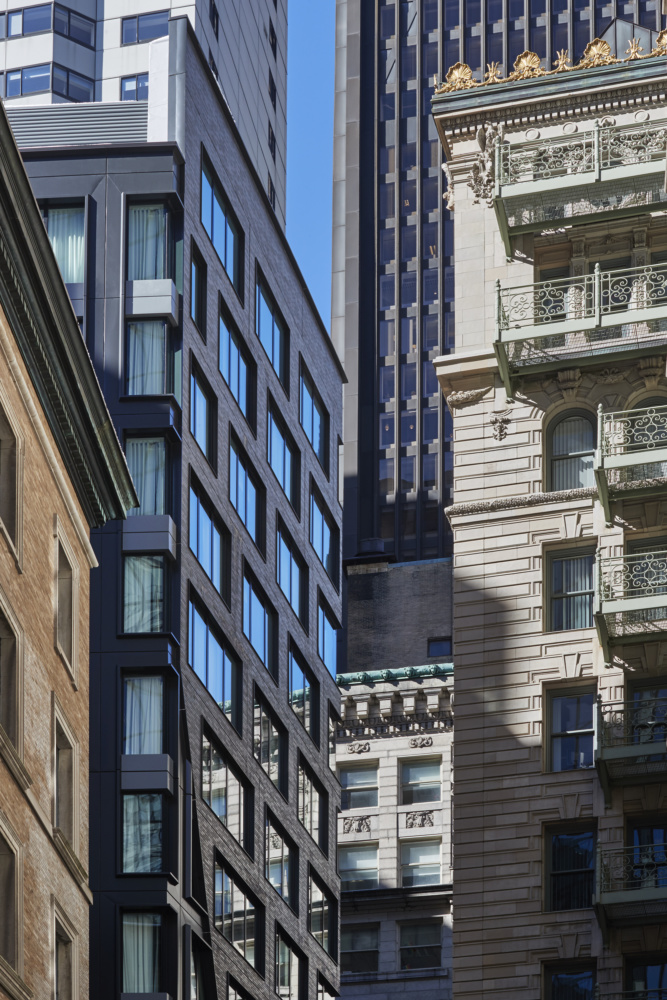 <
►
>
The project also included the construction of an entirely new building with a facade assembled in in under two weeks. (Robert Benson)

Architectural preservation is often cast as a zero-sum game; historic structures are either painstakingly maintained or demolished in favor of contemporary development. Arrowstreet’s Congress Square, a 530,000-square-foot project in Boston’s Financial District, provides an alternative solution for this quandary with the restoration and consolidation of an entire block of historic structures that integrates a contemporary glass addition with a fiberglass-reinforced plastic (FRP) soffit.

The historic core of the project is composed of three separate Beaux-Arts banks built in the early 20th century. Over the course of their lifetime, and a number of financial mergers, the banks were haphazardly joined into a single entity. A lightwell was located between these three structures but it was filled with a web of mechanical systems over the years. 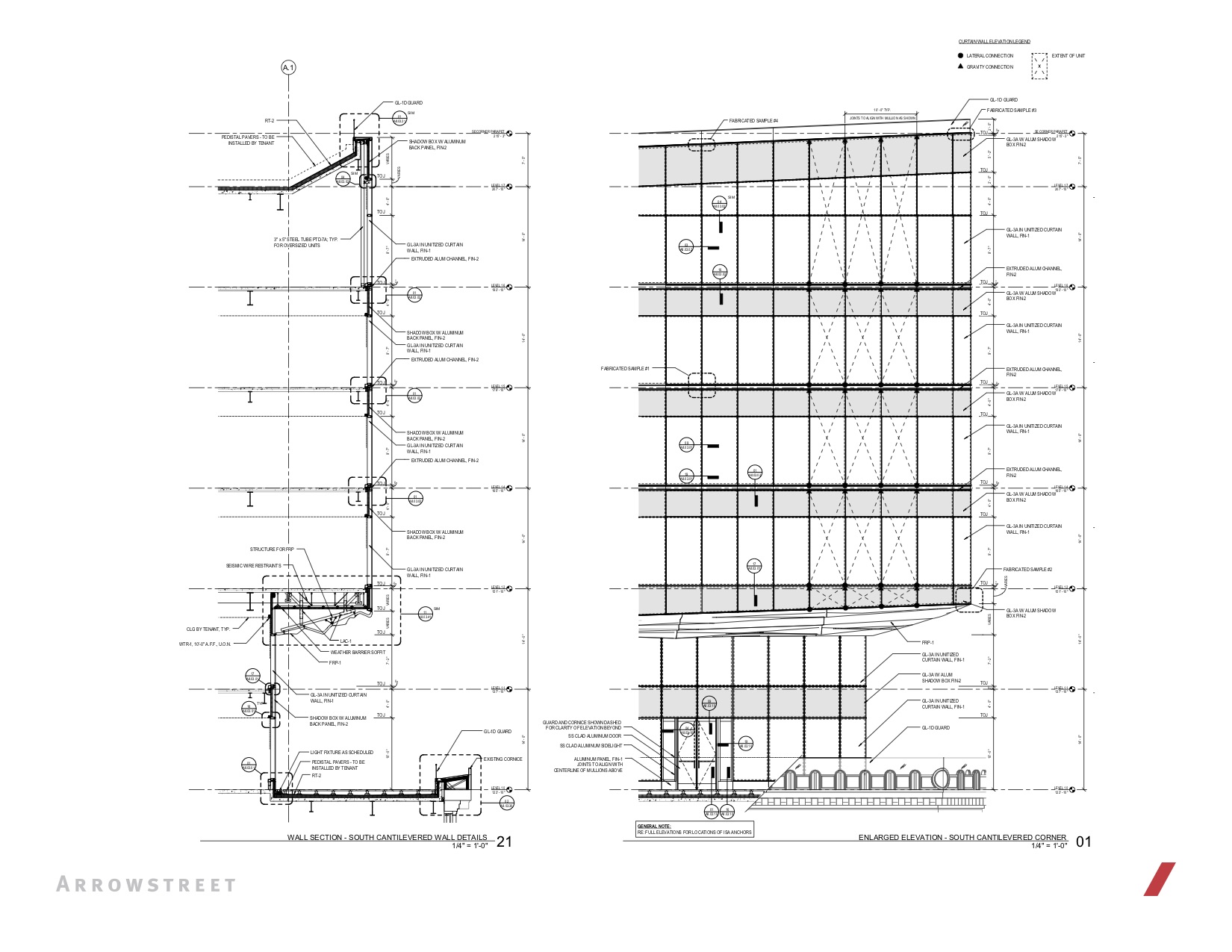 For the design team, one of the greatest challenges of the project was how to structurally support the seven-story glass addition, and its 24-foot cantilever, without visually disrupting historic elements. “A 1,700-square-foot mat foundation was constructed in the basement supported by more than 60 mini-piles that were all driven inside the existing building,” said Arrowstreet President Amy Korté. “Fourteen super columns were then threaded through the perimeter of the existing buildings to support the vertical addition.”

Additionally, a new concrete core was inserted within the lightwell to both support the new glass canopy as well as house contemporary mechanical equipment. The new concrete core also facilitated the open-floor plan of the glass-clad office space.

The structure’s sharply-angled cantilever and soffit are located on the prominent southwestern corner of the project, adjacent to Post Office Square. Arrowstreet collaborated closely with the FRP and the curtainwall manufacturers, Kreysler and Associates and Midwest Curtainwalls, to develop the soffit design. The design and fabrication teams reviewed three color options in both glossy and matte finishes, constructing full-scale mockups to effectively gauge the product most complementary with the historic ornamental metalwork found throughout the buildings. Ultimately, the team settled on an iridescent gold-like finish that reflects light to the street below.

“Our team refined the design of the soffit using Rhino 3D software and 3D printing to visualize the final installation,” continued Korté. “Sharing these models, we could interface directly with Kreysler and Associates’ sophisticated fabrication equipment, including six-axis CNC robotic routers to realize complex geometries.”

While the bulk of the project focused on the insertion of the seven-story glass pavilion atop three historic banks, the northern rump of the mixed-use project involved the restoration of two additional historic structures and the construction of an entirely new 12-story addition. The facade of the addition was manufactured by Island Exterior Fabricators and was fully installed in under two weeks.

Amy Korté, Arrowstreet President, will be presenting a deeper dive into this project as part of the panel, “Lightness & Weight | Creating Continuity in Cityscape with Hybrid Facades” at the upcoming Facades+ conference in Boston on June 25. For more details, along with registration info, visit Facades+ Boston.