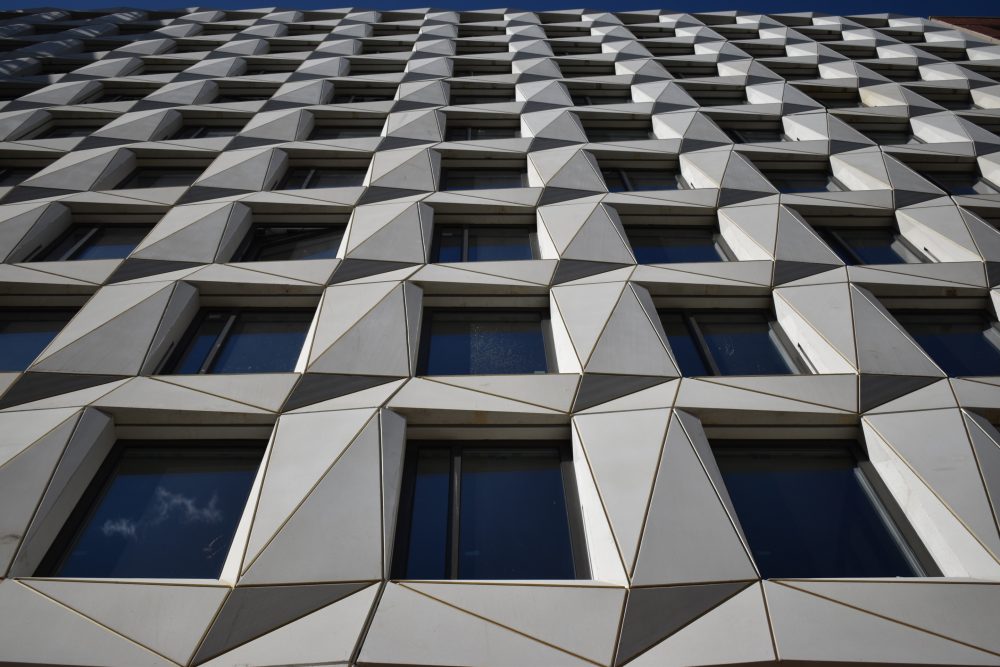 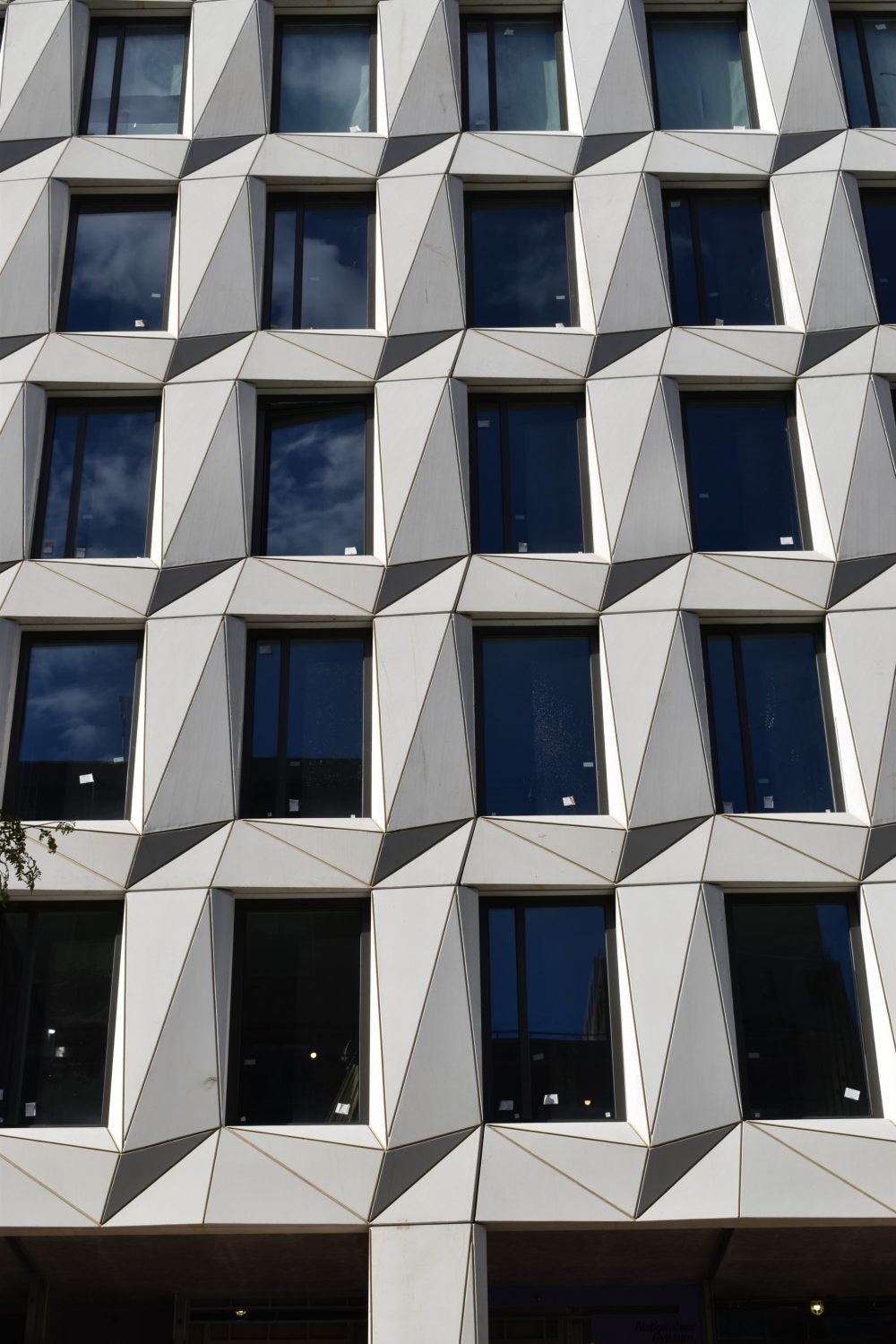 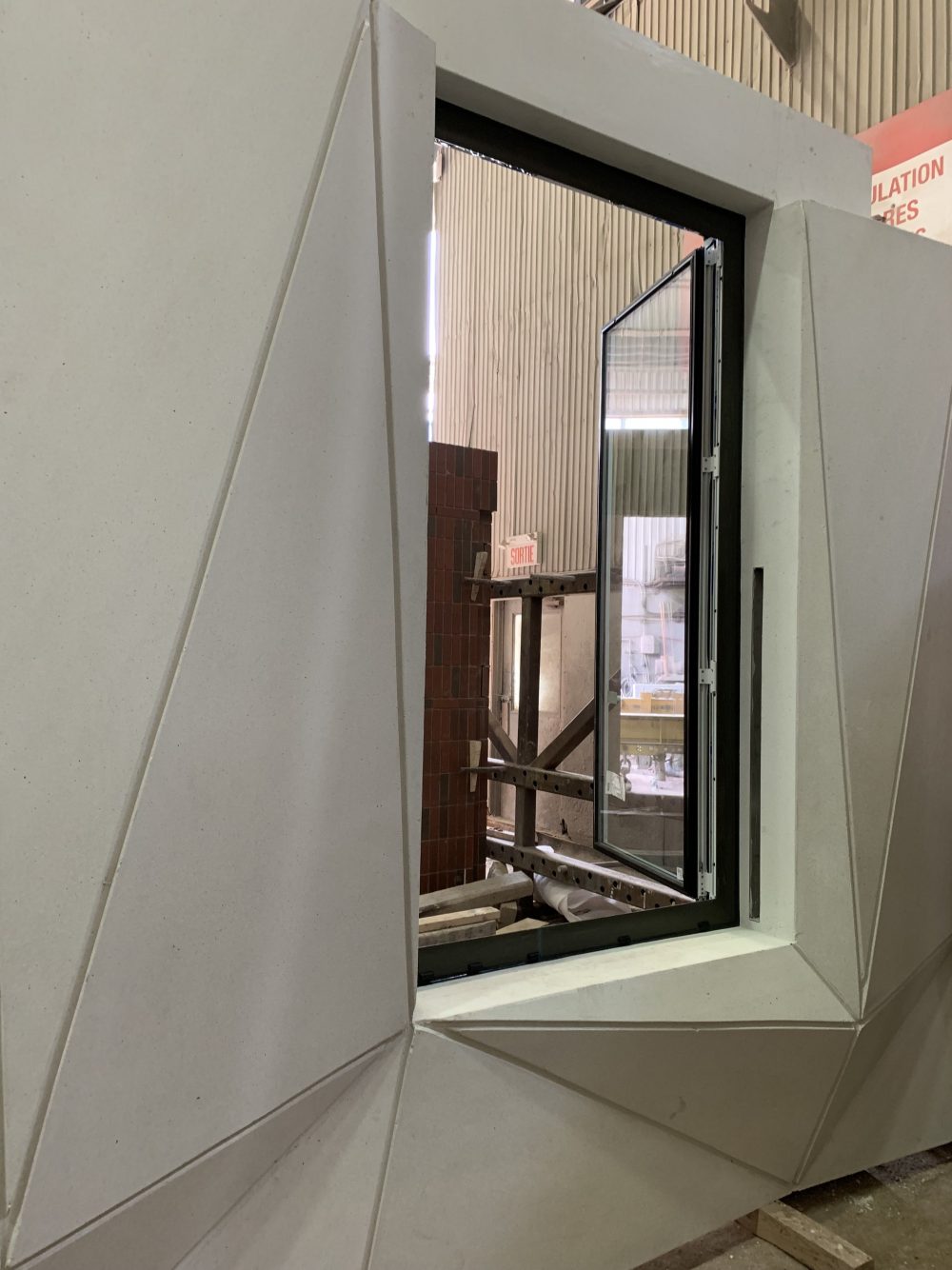 <
►
>
The Maverick, developed by HAP Properties and designed by DXA Studio, is located in Chelsea in Manhattan. (Courtesy DXA Studio)

DXA Studio, an architecture and design firm founded in 2011 by Jordan Rogove and Wayne Norbeck, is pushing forward with projects of increasing scale and complexity across New York City. One such project is The Maverick, a 20-story tower located on the northern border of Chelsea which recently wrapped up facade installation. The tower houses both condo and rental units; a mixed-use character expressed though a Janus-faced facade of geometric and acid-etched concrete panels.

The massing of the 312,500-square-foot tower is formidable and rises from a south-facing 200-foot-wide streetwall, with setbacks at the 13th and 17th stories.

A challenge with the application of concrete as facade cladding at this scale is a potential monolith-like relation to the streetscape. DXA cleverly steered clear of this trap with a faceted treatment of the precast concrete panels, which interlock and overlap to mesmerizing effect. From ground level looking upward, they bear a resemblance to the soaring buttresses and ornamental masonry of historic structures nearby. “The facets were developed by DXA to capture the sun from different angles at different times of day, creating a dynamic movement across the length of the facade,” said the DXA team. “The depth of the modules were developed with the punch windows set back to increase the sense of privacy in the apartments; the proportion of glazing increases at the building rises to create a sense of lightness vertically.” There are 264 facade panels in total: those of the south elevation measure 24′ 8″ by 10′ 10″, and that to the north measure 25′ 1″ by 10′ 4″.

Quebec-based concrete fabricator BPDL managed the manufacture of the precast panels, which were produced with custom wood molds and poured concrete over rebar—three punch windows were installed to each panel at their facility prior to shipment to New York. The construction schedule for the project was dependent on BPDL’s fabrication schedule, and over the course of three months, the panels were craned into position and installed onto embeds cast into the structural system.

The tower is split down the middle between the condominium and rental units; a characteristic not visible in and of itself from an external view. For the design team, white-and-black acid etching of the concrete panels served as a relatively straightforward strategy to differentiate between these two functions. “The colors are meant to complement each other, but break up the length of the facade, maintaining a similar language between the two buildings, but distinguishing them from one another at the same time,” continued the DXA team.

The project is expected to wrap up early next year.