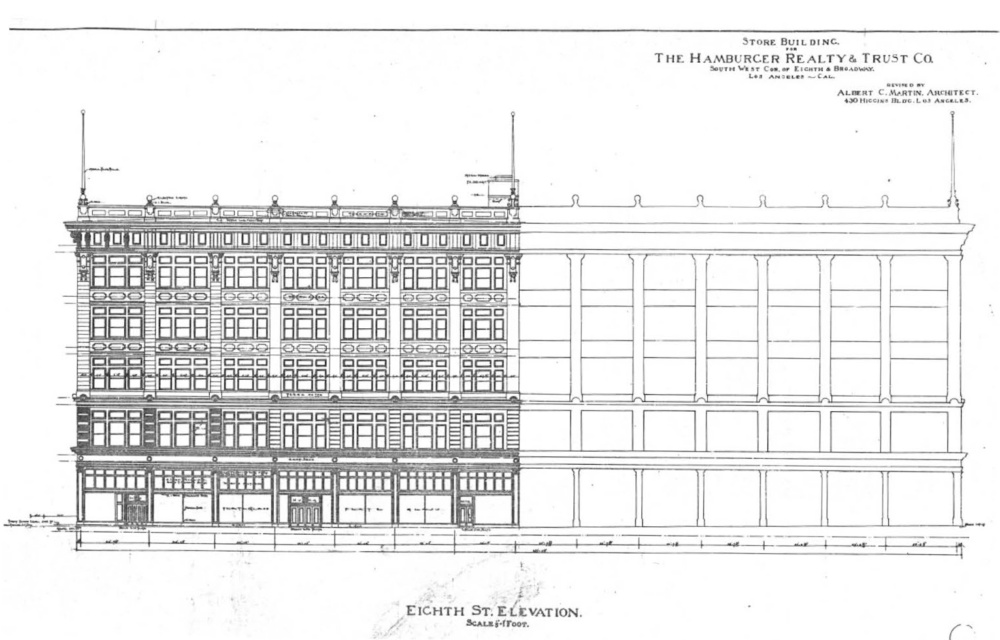 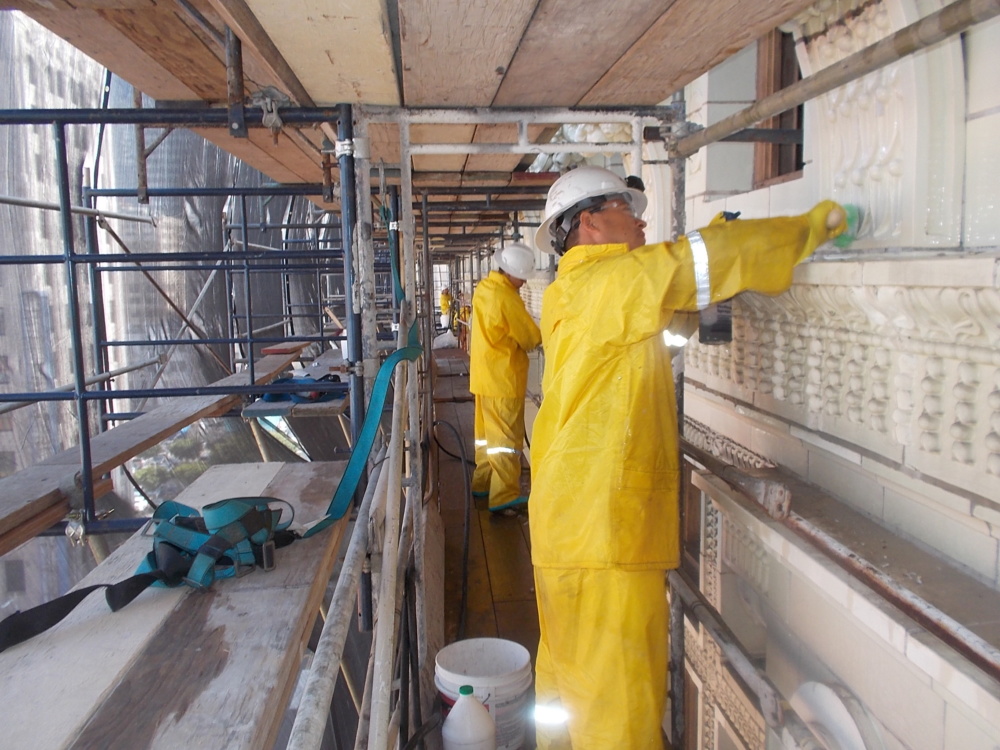 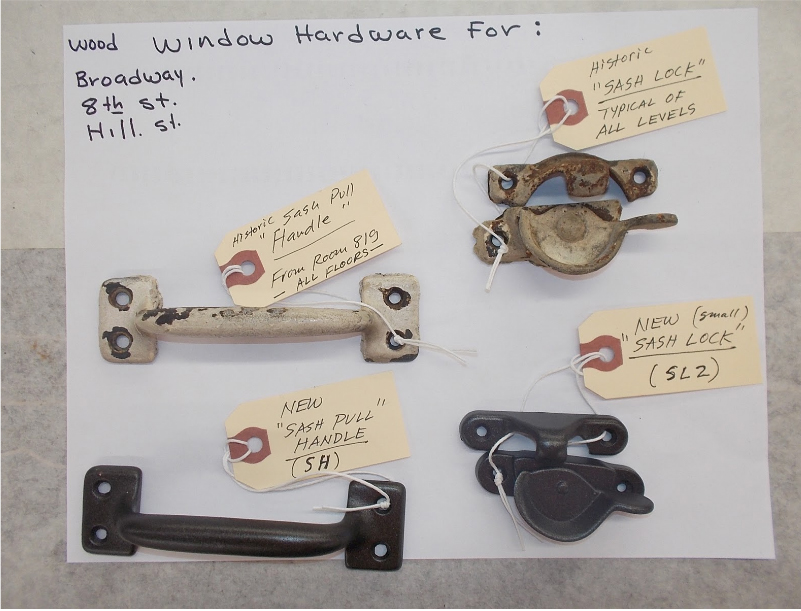 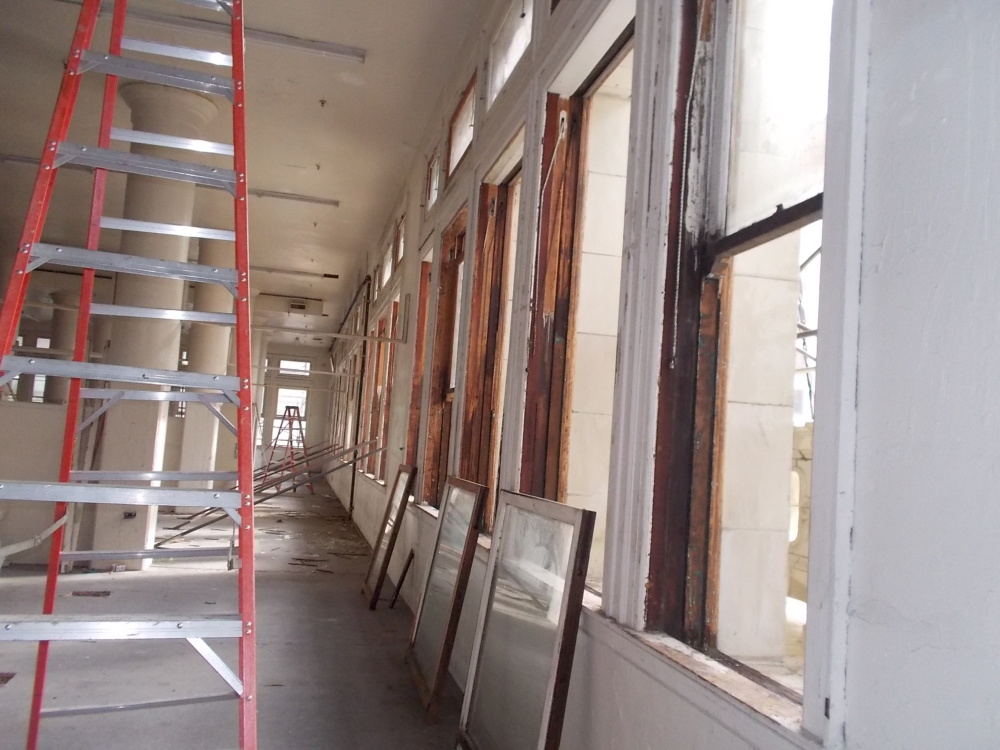 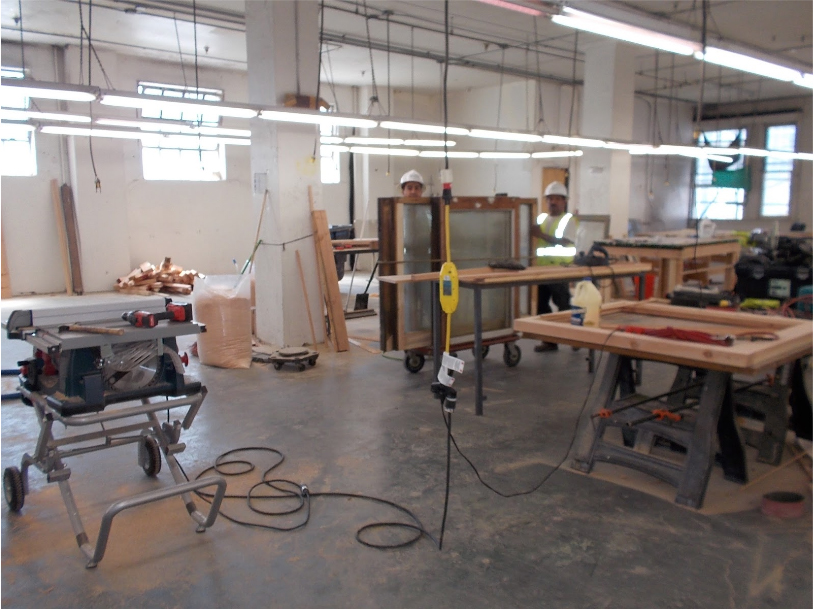 <
►
>
Plans for the project from the original architect, Alfred F. Rosenheim. The building was only half completed. (Courtesy Omgivning)

Los Angeles’s Broadway is home to one of the finest assemblies of Commercial Style buildings in the country, consisting of steel structures with box-like massing, clad with richly ornamented terra-cotta or cast-iron, and lightened with large rectangular and divided windows. Constructed over several phases starting in 1908, the Broadway Trade Center, initially known as Hamburger’s Department Store is a prominent example of the style within this district and was once the largest department store west of Chicago, sitting on half of a city block and measuring a total of 1.3-million square feet. After decades of decay and ultimately abandonment, the historic structure is getting a new lease on life due to the rehabilitation efforts of architecture and design firm Omgivning and contractor Spectra.

Founded in 2009, Omgivning is not specifically a preservation architect, but the firm has established a particular expertise in the rehabilitation of historic structures within the Los Angeles-area and had led the overhaul of dozens of neglected structures.

Historic tax credits are a key component to the feasibility of restoration projects and maintaining the original design is an inherent requirement. “In terms of facades specifically, we knew that we needed to maintain unaltered facade on all four elevations to comply with the requirements of working with historic buildings,” said Omgivning projects director Peter Rindelaub. Conforming to these requirements also led Omgivning to place new building air supply and exhaust louvers within a rooftop addition, while obscuring the path of utilities to the new electrical transformers.

Restoration of the facade began with exhaustive archival research of the department store. While historic photographs were readily available, the team had to procure shop drawings from ceramics manufacturer Gladding McBean, the original producer of the terra-cotta cladding, who joined the restoration to replace damaged components.

Only so much of the structure’s condition can be gleaned from research, and contractor Spectra handled the bulk of on-site inspection. “The survey entailed a hands-on inspection of the terra-cotta and windows,” said Spectra project manager Dick Gee. “A visual survey can only identify so much, while a hands-on survey after scaffolding is erected allows for a more accurate reading of the building.”

Most of the terra-cotta was repaired in place; color-matching mortar applied to tile cracks, and faded segments brushed down and repainted. If a section of cladding proved non-salvageable, Spectra measured individual components and produced molds that were subsequently shipped to Gladding McBean’s facilities just outside of Sacramento and reproduced to match their original size perfectly. Replacing and repairing the fire escapes and window frames were the other significant aspects of the facade restoration. For the latter, Spectra built an entire woodshop within the building to restore the decaying windows and immediately reinstall them—a more cost-effective and ultimately more pragmatic option than repairing offsite.