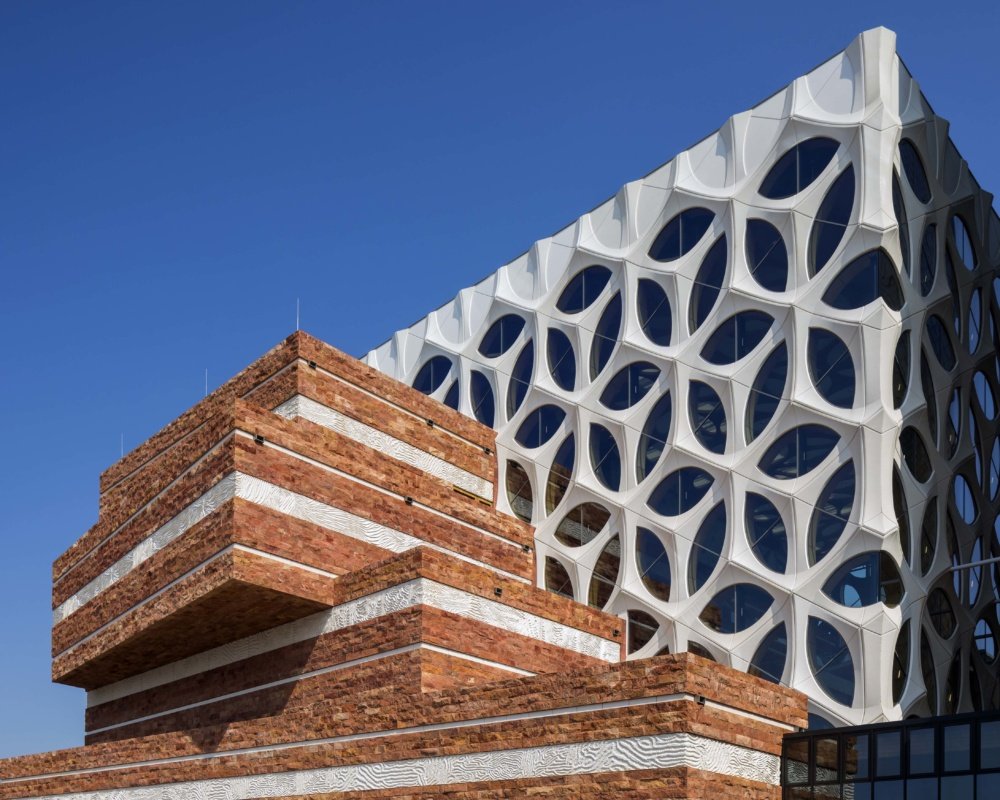 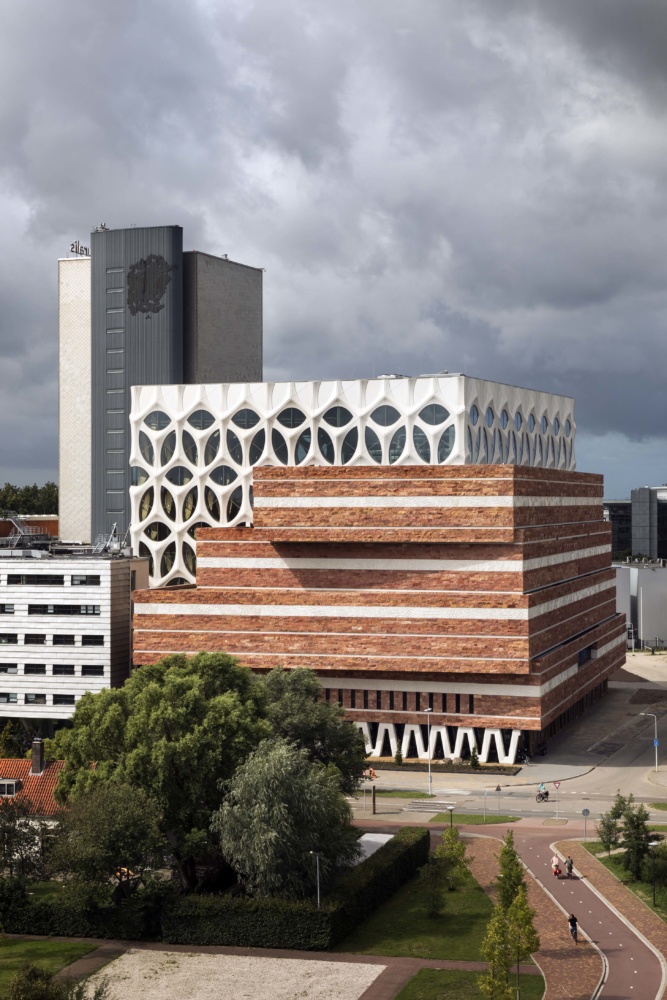 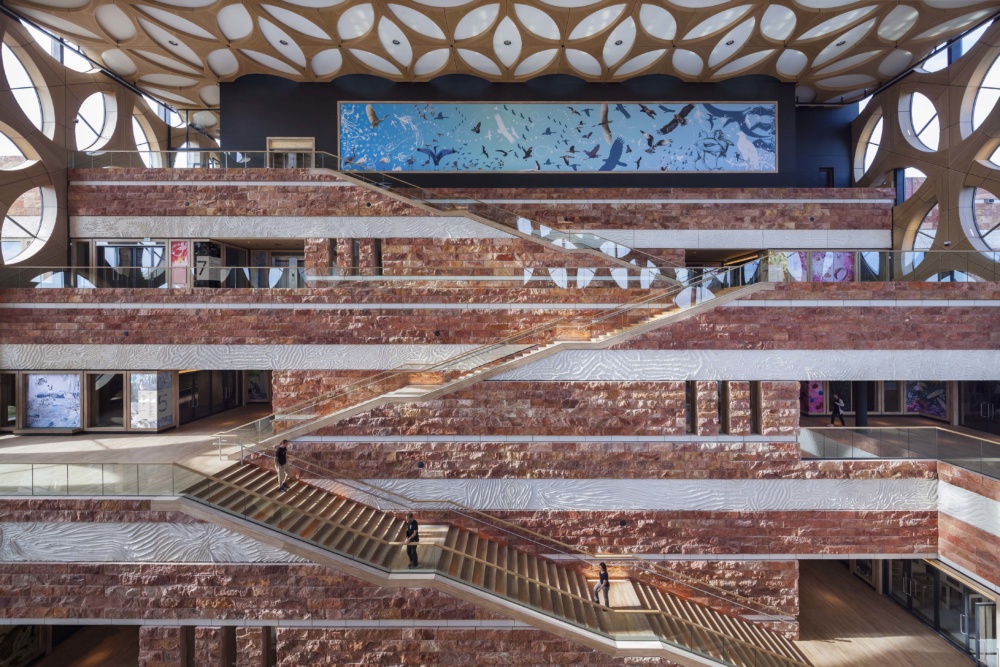 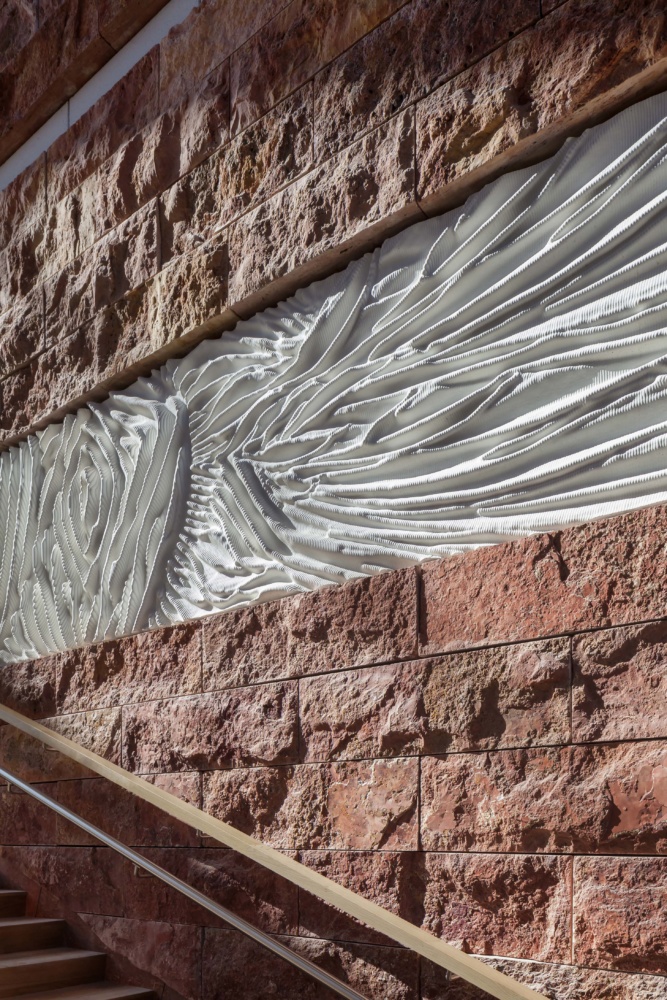 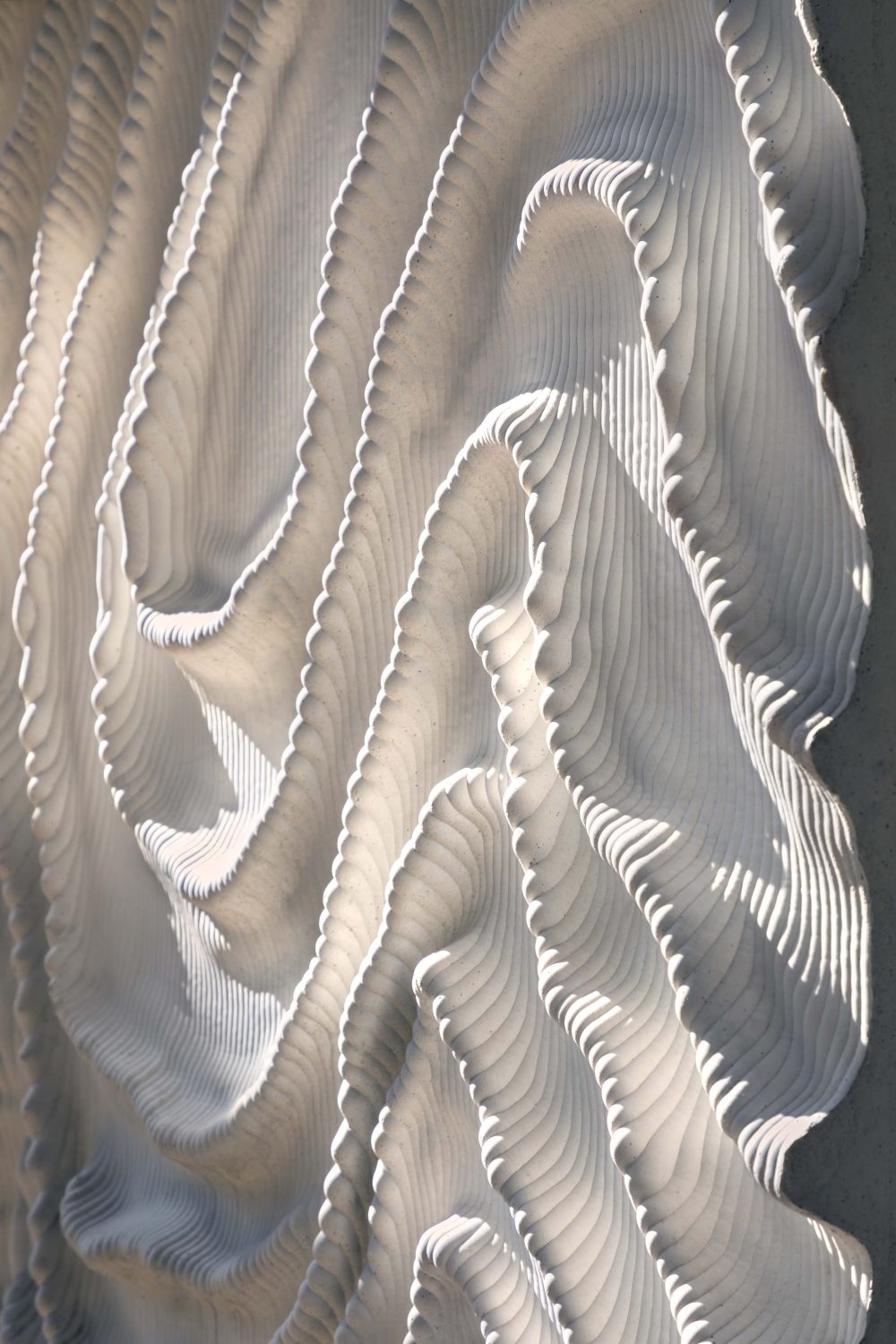 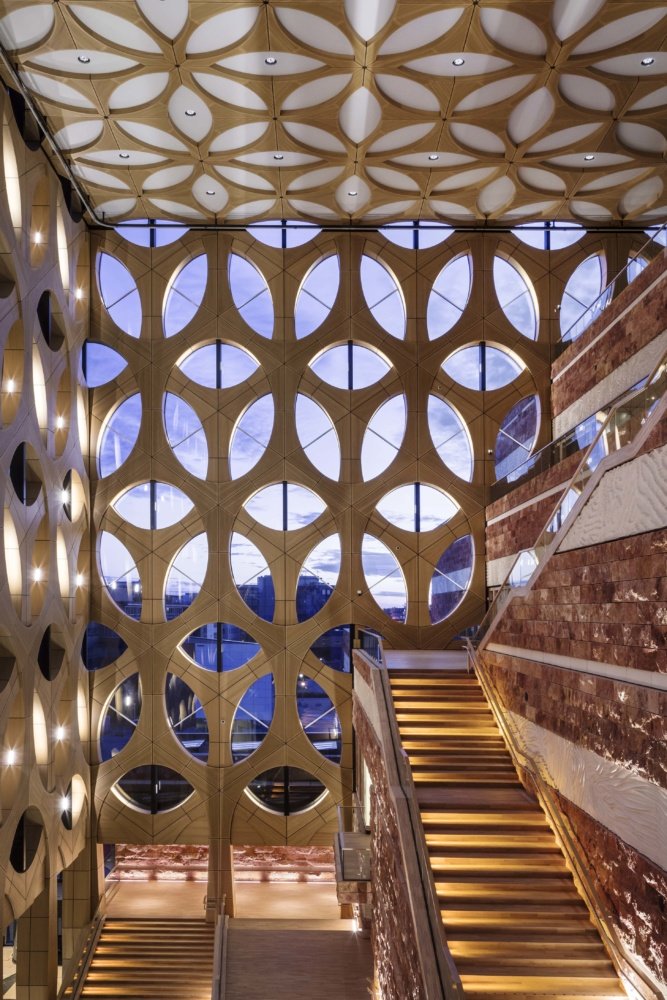 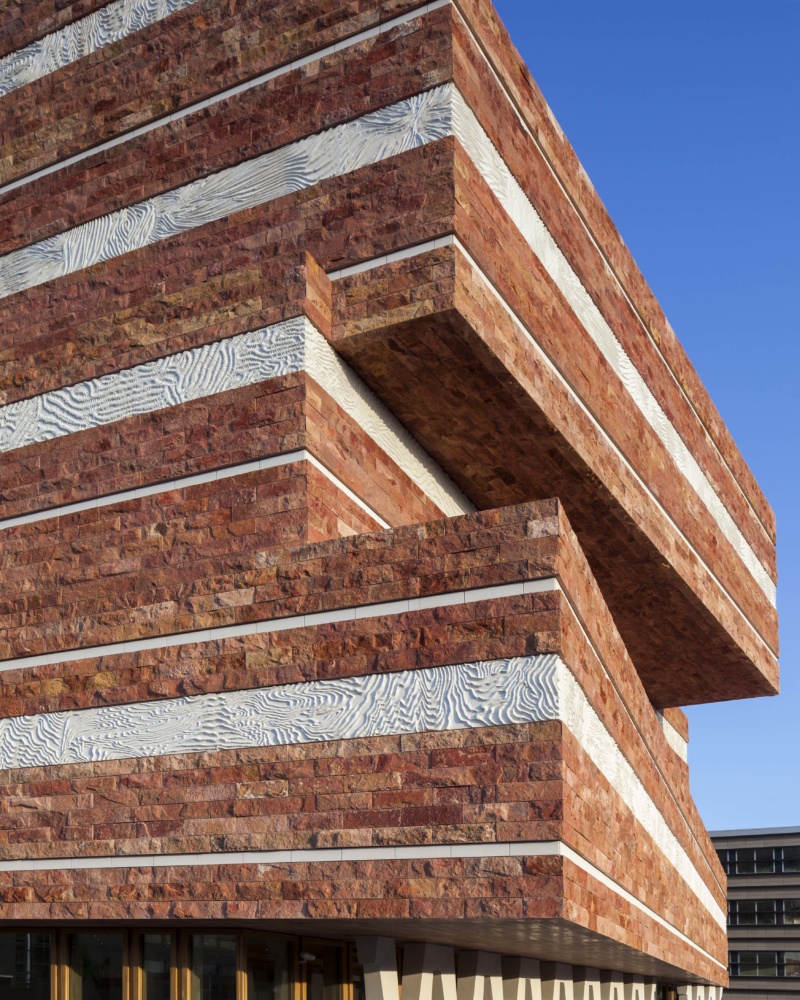 The Naturalis Biodiversity Center in Leiden, the Netherlands, houses one of the world’s largest collections of zoological specimens and geological samples—counting over half-a-million for the latter. Beginning in 2015, Rotterdam-based architectural practice Neutelings Riedijk Architects led a significant expansion of the facility to accommodate the merger of the Zoological Museum and National Herbarium into the Biodiversity Center.

The 215,000-square-foot expansion consists of two distinct volumes; a set of four staggered rectangular masonry blocks, and a soaring 120-foot-tall atrium of prefabricated concrete panels and ellipse-shaped windows that encloses a monumental stairwell rising to each floor of the expansion.

To the design team, stone proved to be the clear material choice for a museum dedicated to natural minerals, the final result is intended to resemble stacked geological layers. The stone is Red Persian Travertine, sourced from Iran by supplier Bakker Natuursteen, carved into rough blocks of ashlar at their Portuguese factory, and arranged on-site in a stretcher bond format. There are two standard dimensions for the stone blocks; approximately three-and-a-half by one-and-a-half feet and three-by-one feet. They are held in place by a facade system custom-fabricated by Bakker Natuursteen.

To break up the imposing mass of the stone facade, the architectural team collaborated with fashion designer Iris van Herpen to develop a sinuous frieze of 263 panels molded from concrete and fine white marble aggregate. The four custom-designed friezes are located towards the cornice of each rectangular block and are ringed by narrow bands of flat-surfaced concrete and marble aggregate. Van Herpen interpreted the abstract forms into a series of drawings in the same vein as her body of work, with a draping design echoing the theme of geological strata, forming an abstract impression of fossilized archeological shapes. This effect was achieved by first translating van Herpen’s original 2D drawings into 3D-files and translating grey shading to physical depth. After that, the 3D-file was uploaded to a CNC-milling machine.

“The CNC machine milled the negative of the design of the 3D high relief out of the molding material,” said the design team. “Finally the concrete was poured into these molds and the concrete elements were mounted on the structural walls on-site by means of specially developed stainless steel anchors.”

The facade treatment of stepped stone and concrete-and-marble continues on the southern elevation where it is enclosed by the cuboid atrium, which also bridges the expansion to the preexisting campus. The prefabricated white concrete panels of the atrium range in thickness from approximately one-to-two feet, and are hoisted onto a steel structural system separate from the body of masonry. Within the atrium, the outward boldness of the prefabricated panels is softened with a lightly detailed oak dressing.