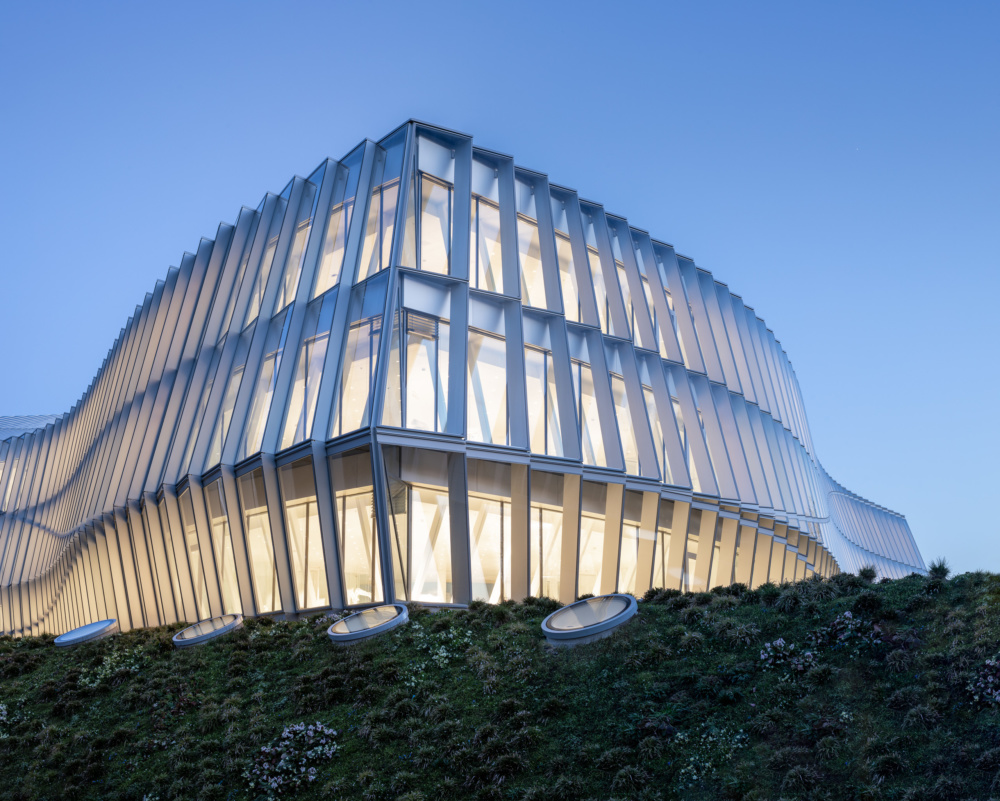 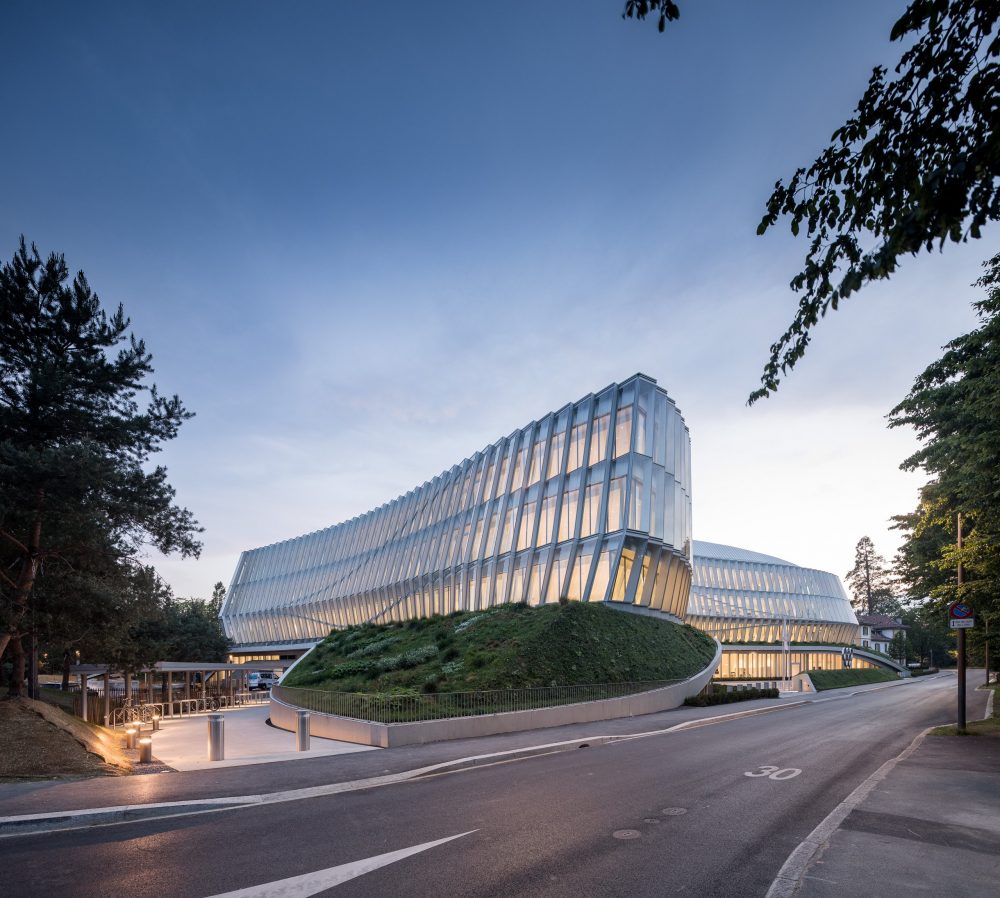 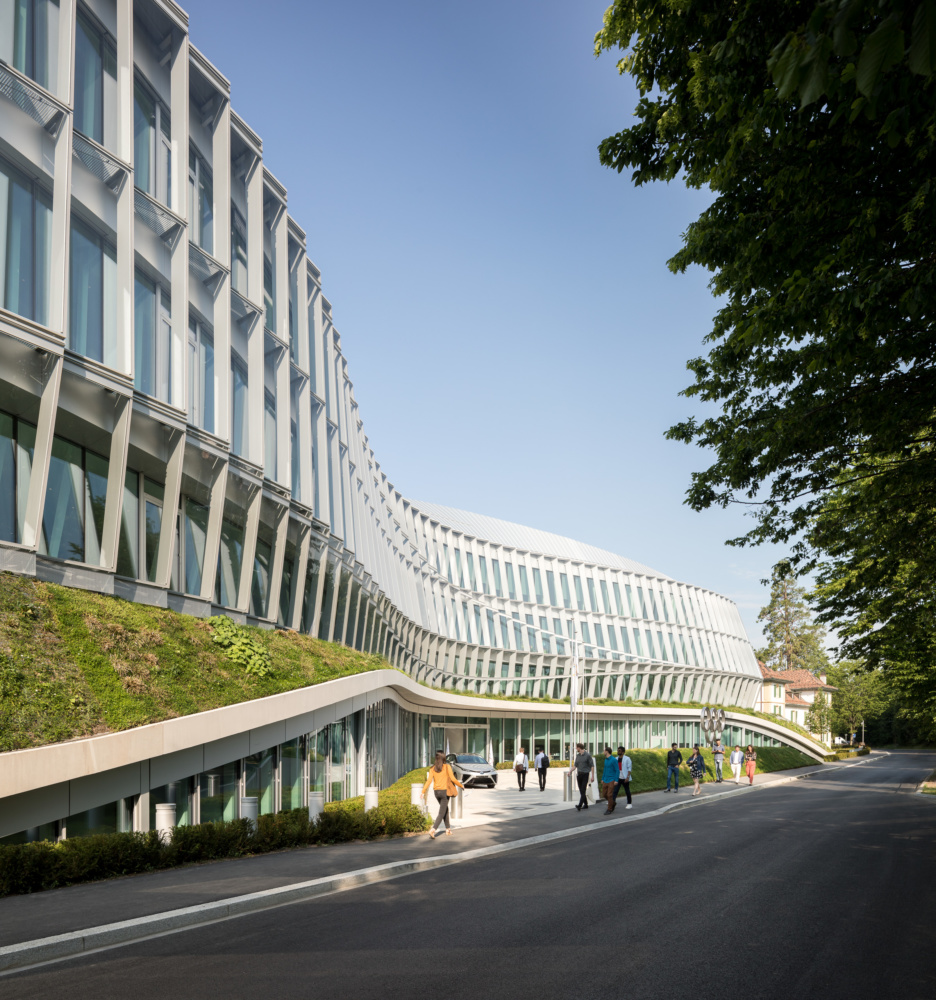 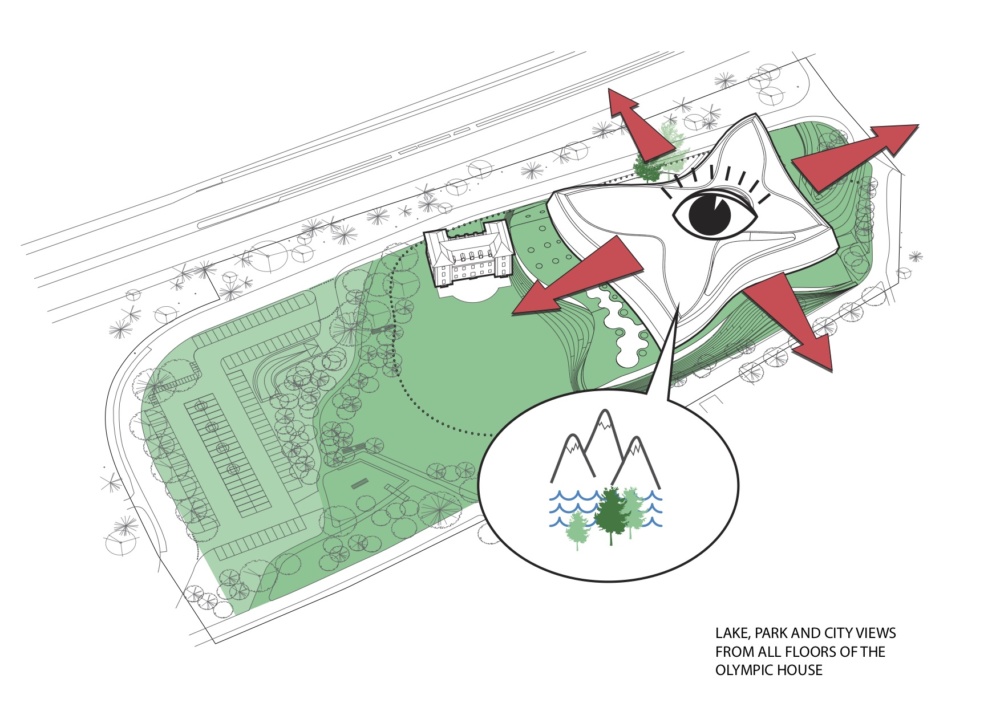 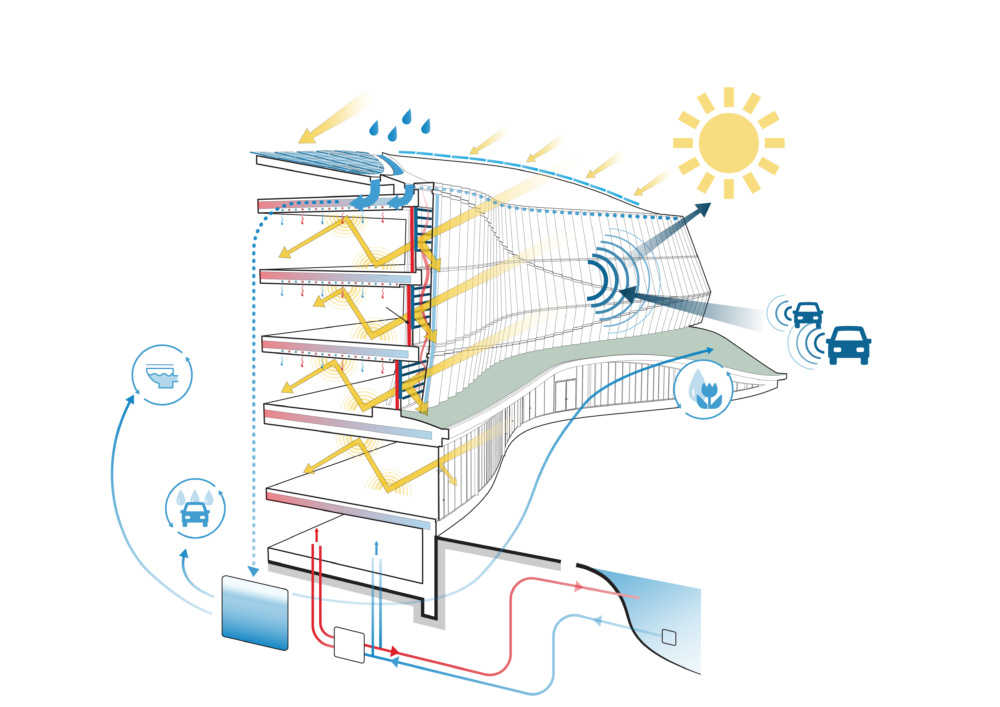 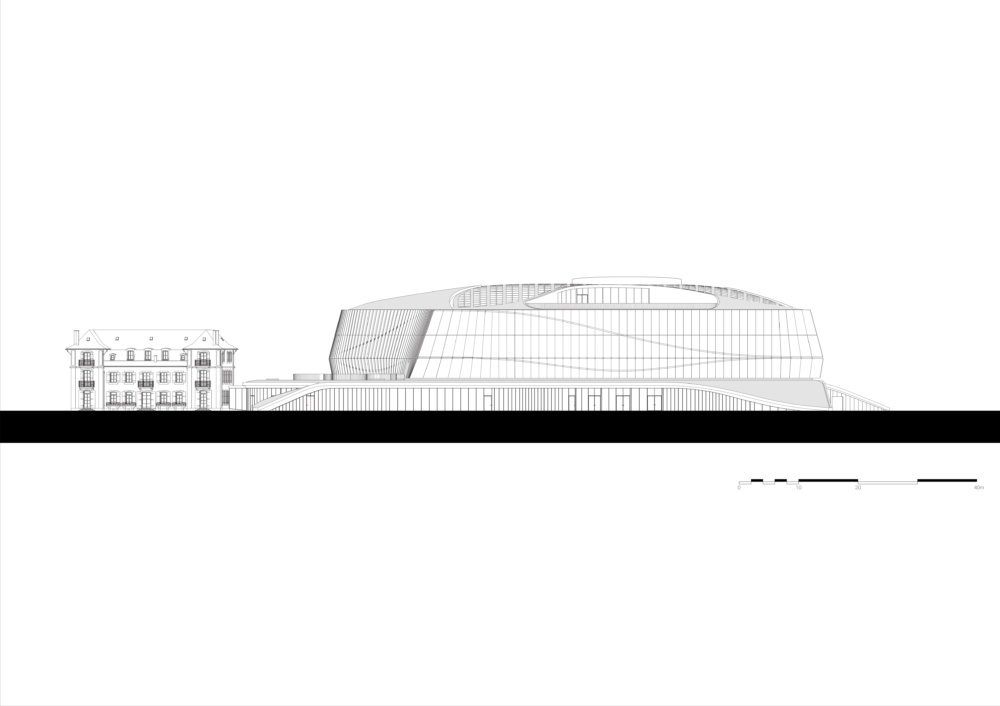 <
►
>
The facade is composed of two distinct skins. The interior is relatively standard while the exterior is composed of individually unique panels. (Adam Mørk/International Olympic Committee)

Positioned adjacent to Lake Geneva and the Parc Louis Borget, the Olympic House is located on the outskirts of Lausanne, Switzerland. Opened in June 2019, the objective of the building’s scheme was to bring the International Olympic Committee‘s hundreds of employees, spread across the city, under one roof. The project—which began as a competition in 2012—was led by the Danish architectural practice 3XN in collaboration with Swiss firm Itten+Brechbühl. For the facade of the new headquarters, the design team developed an undulating double-skin glass facade crafted with a custom-parametric script that produced thousands of models and drawings.

The building rises to a height of four stories and encompasses nearly 240,000 square feet, with the lowest floor burrowed into the landscaping. According to the design team, the primary stylistic influence for the enclosure was the form of the athlete—each perspective provides a different viewpoint of the building, as if it were in movement. To develop the form of the Olympic House, 3XN relied on a minimal data model defined by five parametric curves per elevation. A separate drawing was developed for each component of the facade assembly, culminating in approximately 33,500 individual drawings.

The original design concept developed by 3XN called for the interior and outer skins to mirror each other, with both being comprised of distorted, diamond-shaped panels. Following consultation with facade manufacturer and installer Frener & Reifer, it was determined that such a layout could prove cost-prohibitive. Instead, the original complexity of the outer facade was maintained, while that of the interior was simplified to a more standard curtain wall format.

Although the simplification of the double-skin enclosure reduced the cost and construction time of the project—construction began on May 2016 and the building was air- and- watertight by 2018—the assembly of the facade remained remarkably complex. “Every element in the facade, except the nuts and bolts holding it together, is unique,” said the design team. “Each glass panel, each load-bearing column, is unique in its shape and in its relations to neighboring elements.”

There are 194 glass panels per floor for both the inner and outer facade. The inner facade is held at the top and bottom at each floor plate with base profiles and has a surface area of just under 25,000 square feet. Girder arms extend from the concrete roof slab, which in turn support the 388 aluminum-clad steel fins that line each elevation. According to Frener Reifer, “this made it possible to hang the fins from top to bottom and to transfer the load of the upper two floors to the roof.” Additionally, the exact height of the fins could be altered on-site through the use of adjustable screws.

To shade the broadly illuminated office space, the design team placed three-inch-thick aluminum Venetian blinds between the interior and exterior facades. Additionally, a catwalk is accessible from 24 points within the building between the two curtain walls, facilitating a straightforward maintenance program.