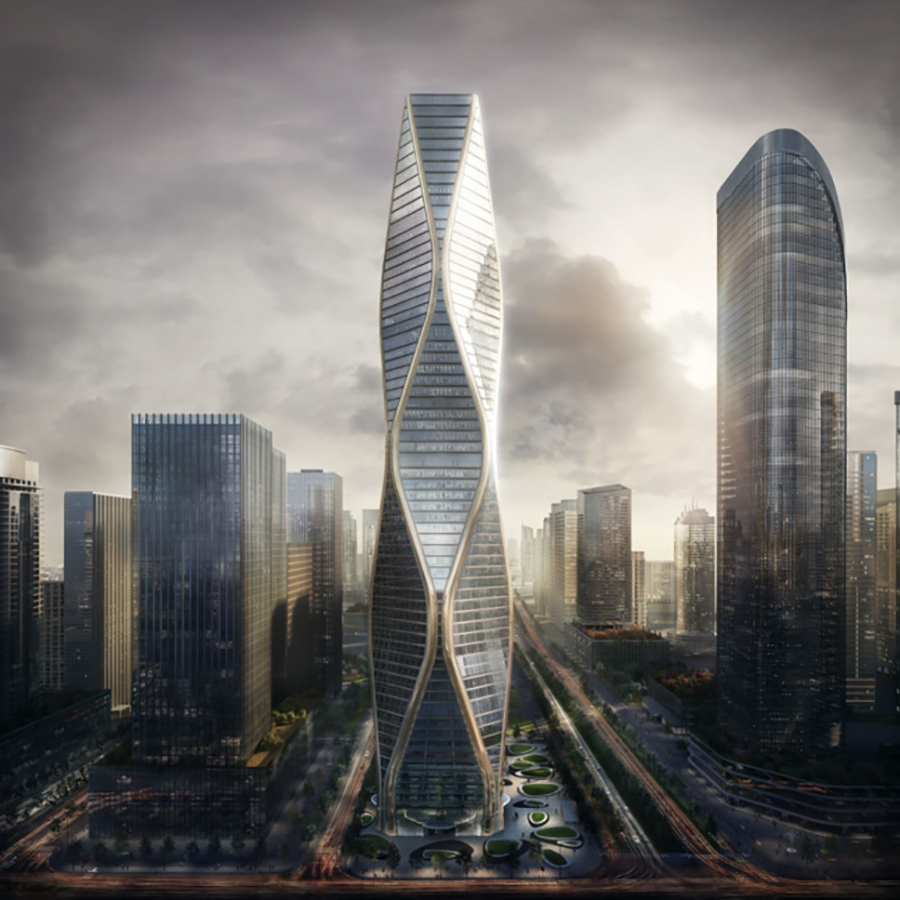 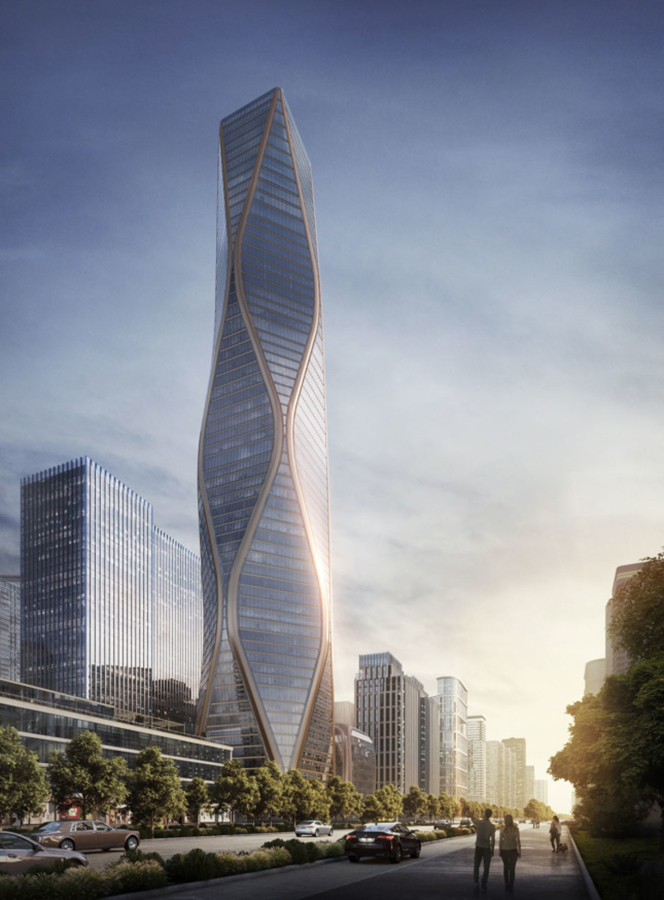 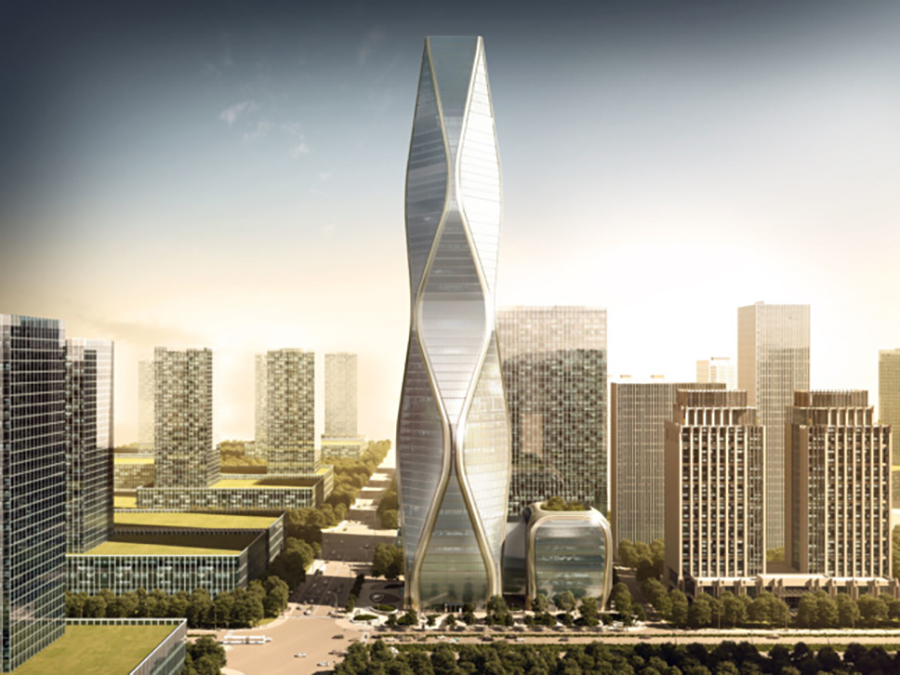 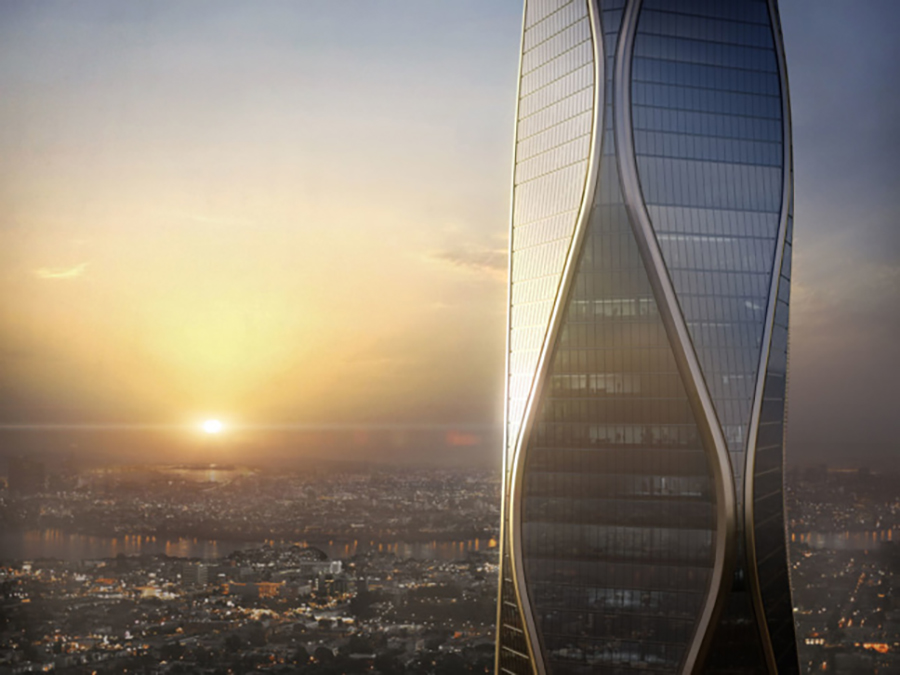 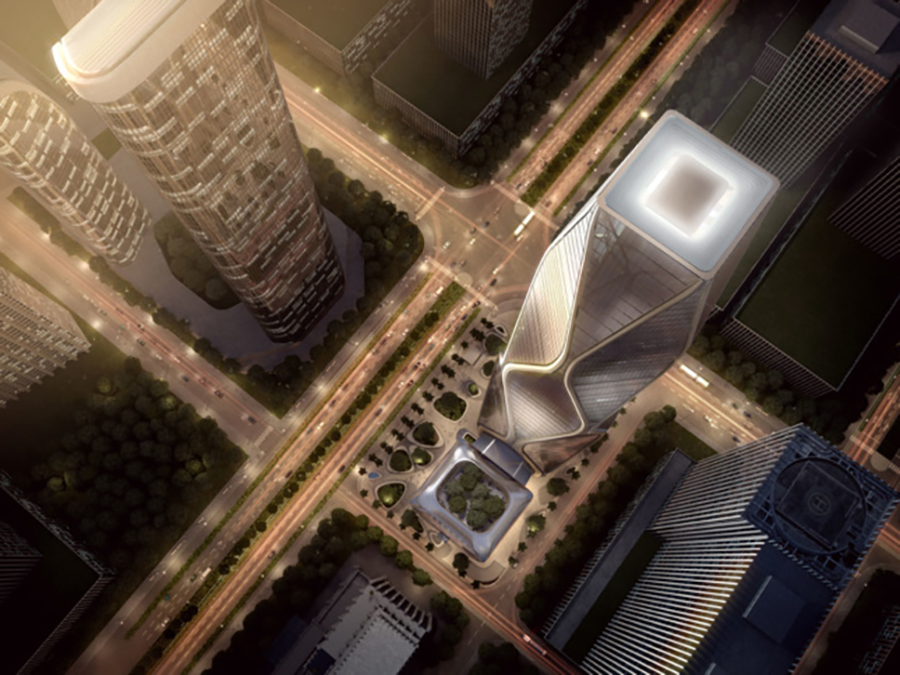 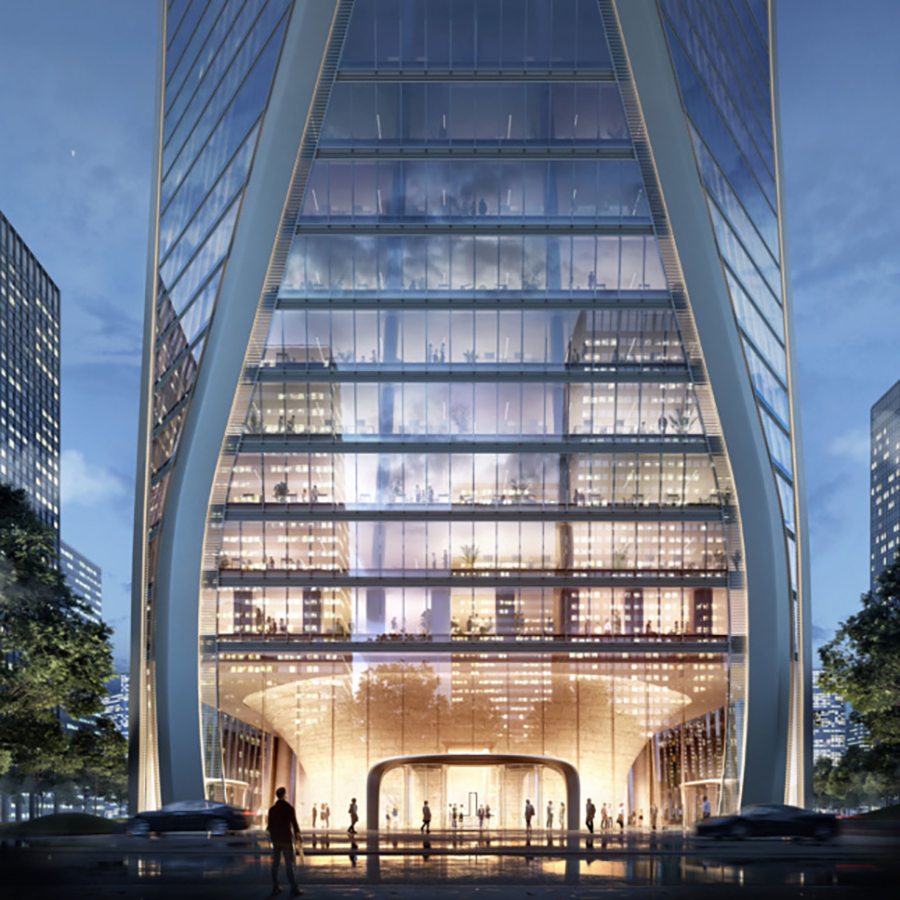 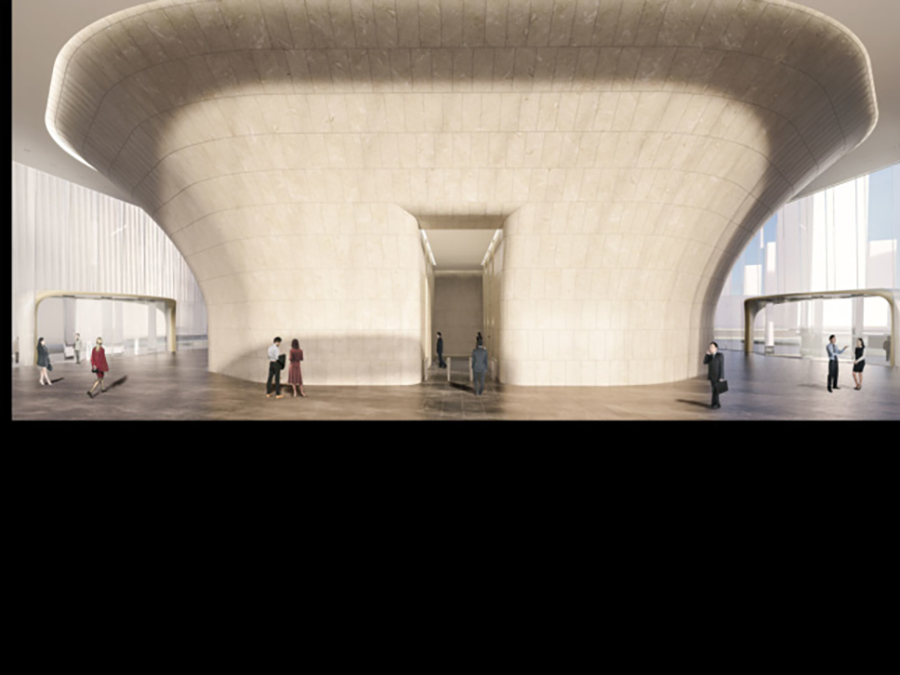 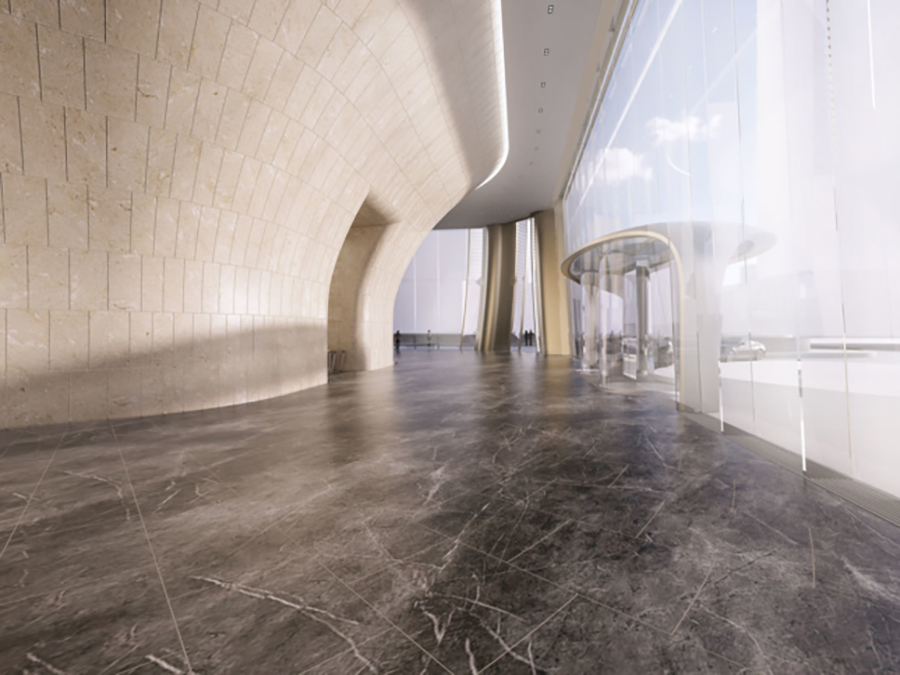 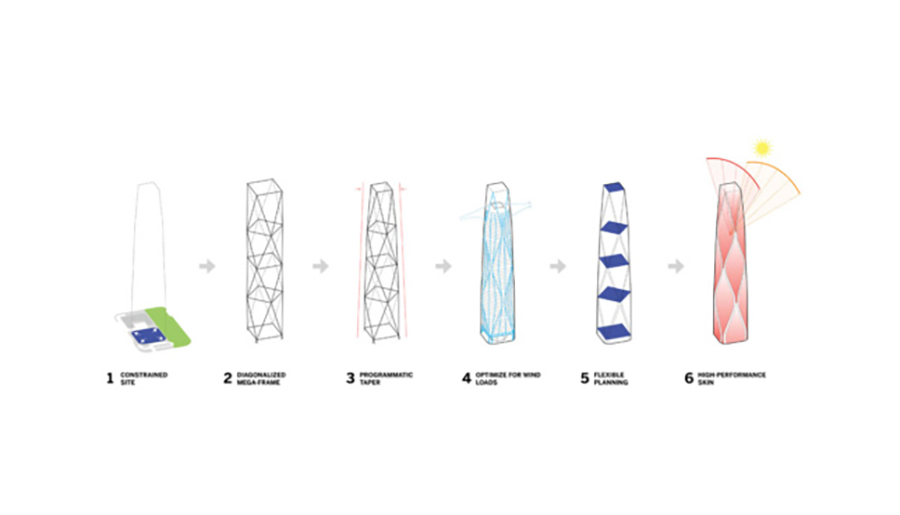 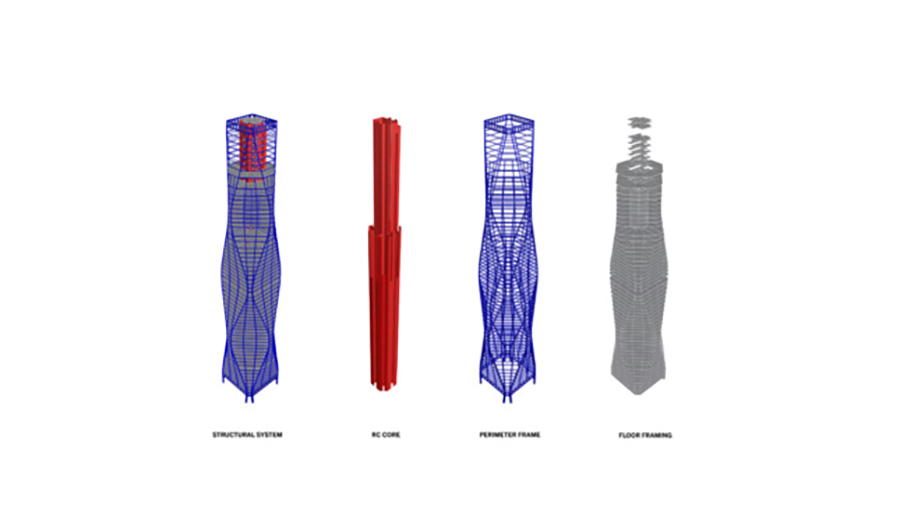 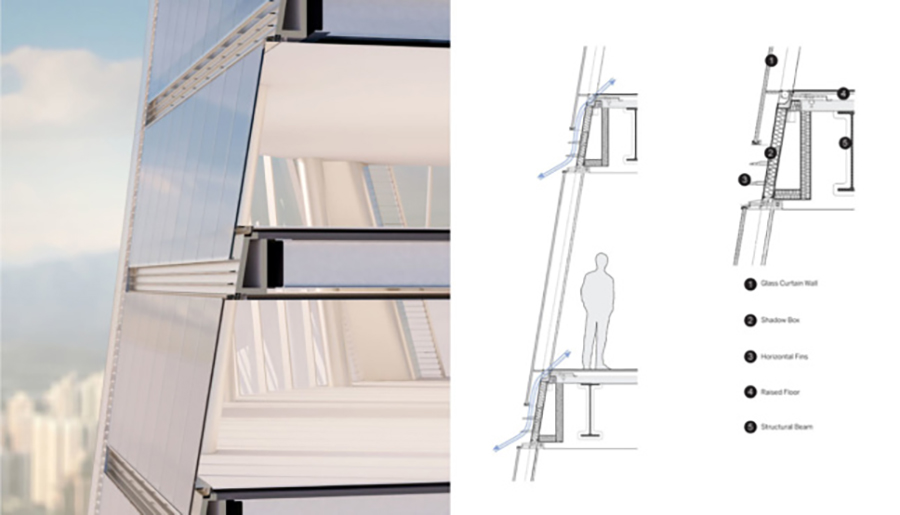 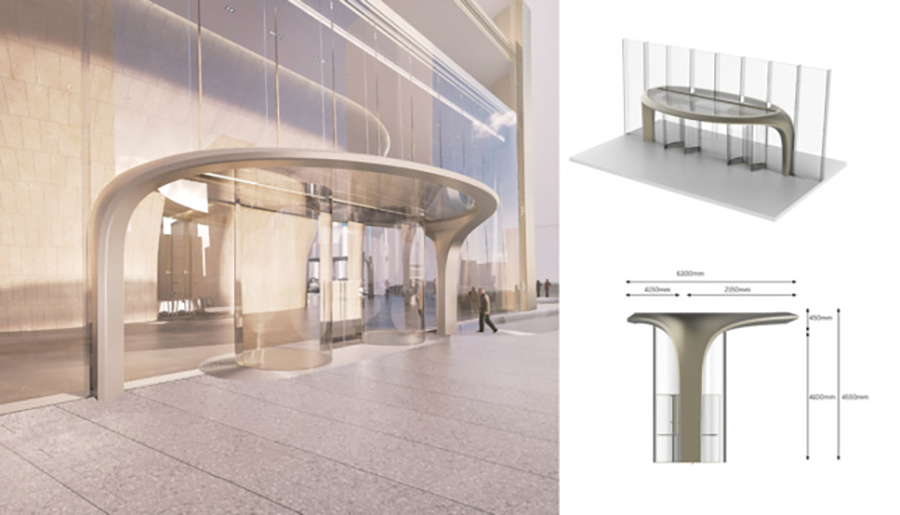 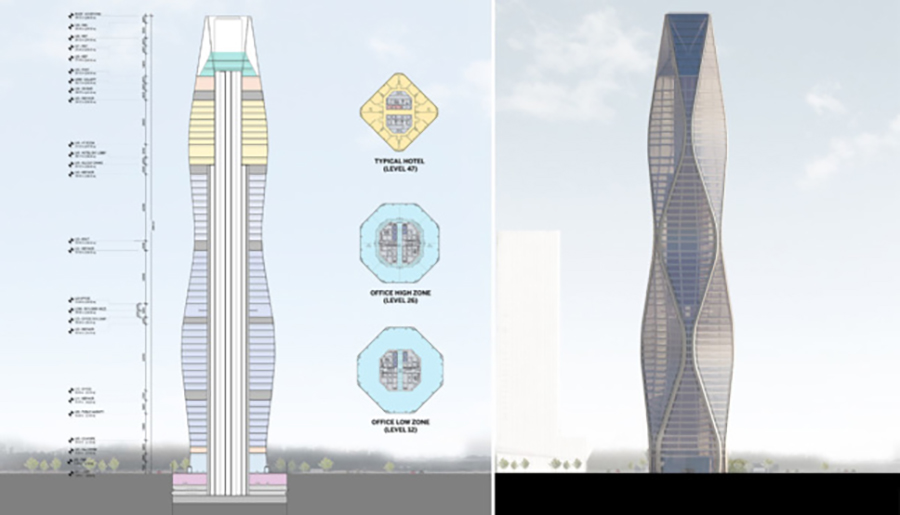 For over eight decades, SOM has been a leading voice in emphasizing structural poetics, or the integration of architectural and engineering efforts into built form. This mashup of rationalism and elegance was on full display at the 2017 Chicago Architecture Biennale, where they collaborated with Mana Contemporary to deliver a pop-up exhibition titled “SOM: Engineering x [Art + Architecture],” that ran from September 2017 through early January 2018 at the Ace Hotel. Among sketches, study models, and impressive structural mockup systems sat a lineup of more than 30 structural models at 1:500 scale, arranged by height.

Hangzhou Wangchao Center has seamlessly grown out of this impressive survey of work—a design that exists as proof-of-concept to SOM’s design approach. Along with a robustly reinforced concrete core, the 54-story mixed use tower is defined by eight “mega-columns,” as defined by SOM, which weave back and forth as they track upwards. Secondary perimeter columns establish uniform bay spacing to the interior, connected diagonally to the primary corner columns with a Vierendeel transfer truss.

Beyond creating an expressive formal shape, the structural configuration offers performance benefits such as wind load reduction and flexible column-free interior floor plates. The resulting unitized facade was carefully designed into a rationalized stepped surface to allow for flat planar glazing units. The canted curtain wall, which follows the tapered massing of the tower, is organized into floor-to ceiling units which slip past the finished floor level to create a sense of continuity from the interior. A recessed shadow box and horizontal fin assembly further articulates a reveal gap between floor plates. This carefully developed building envelope detail offers a discrete path for the building to accommodate natural ventilation.

The ground floor building enclosure was engineered to accommodate 36-foot-tall glazing panels around the perimeter of the tower, dissolving the boundary between the surrounding cityscape, and highlighting a massive stone-clad core that blooms outward into the space of the lobby.

The tower is currently under construction, with piles for the foundation system being driven into the ground. The project will be complete by 2021 just ahead of Hangzhou’s hosting of the 2022 Asian Games, a multi-sport event held every four years.