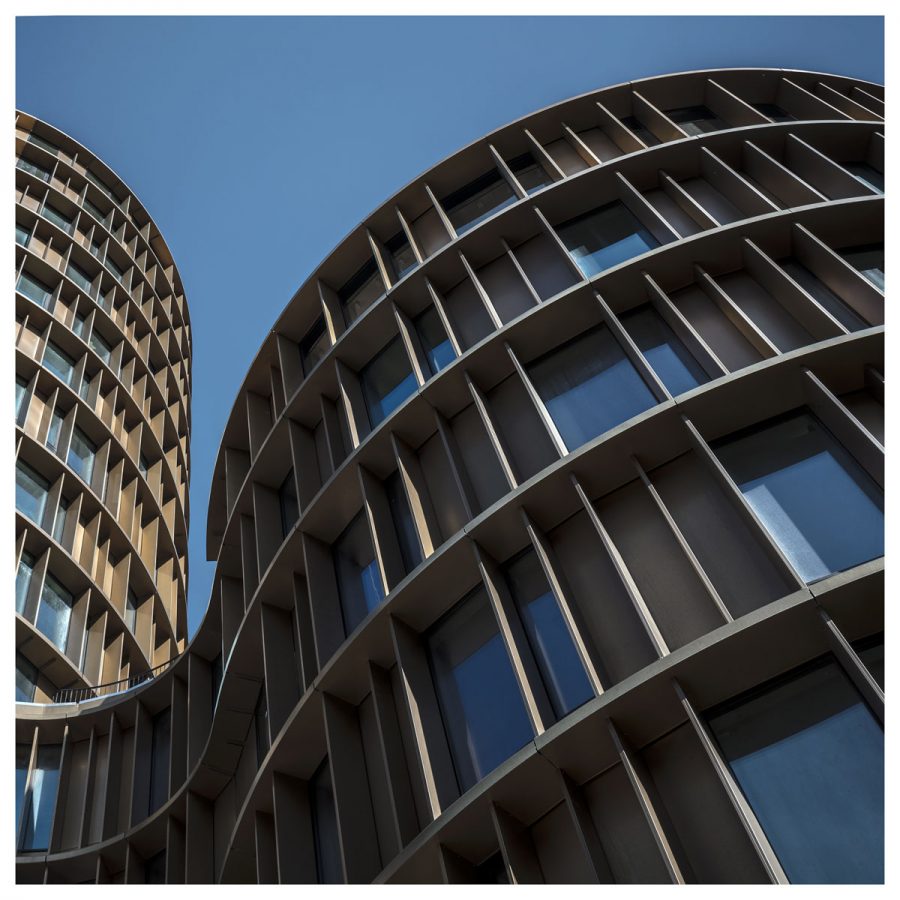 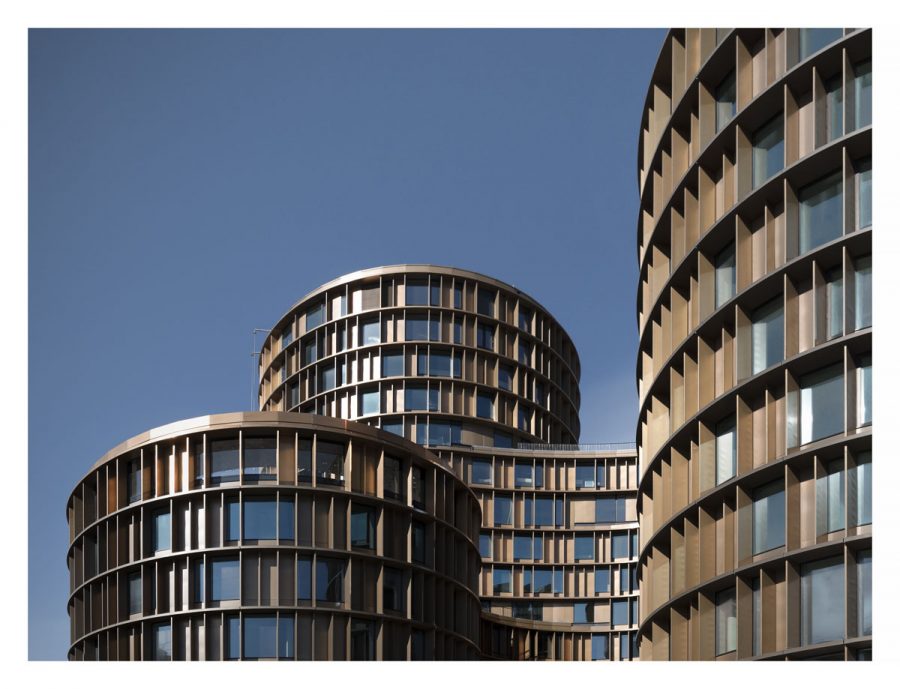 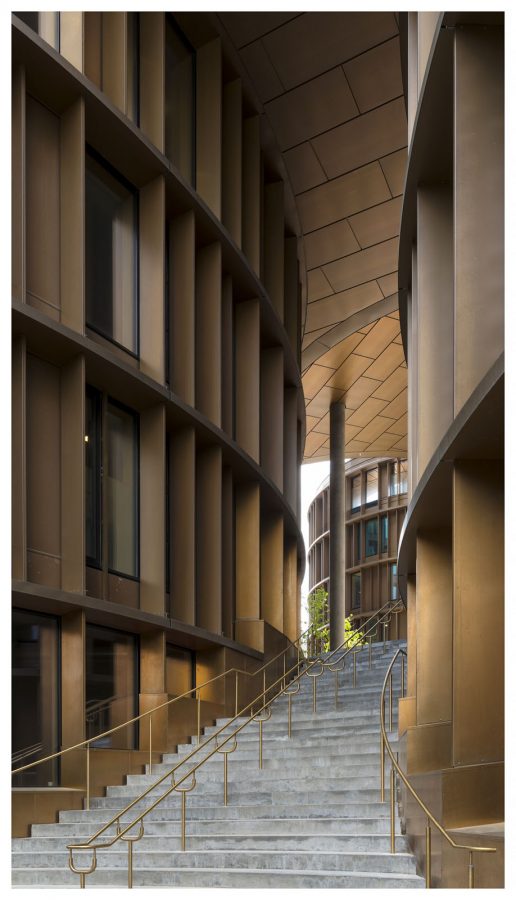 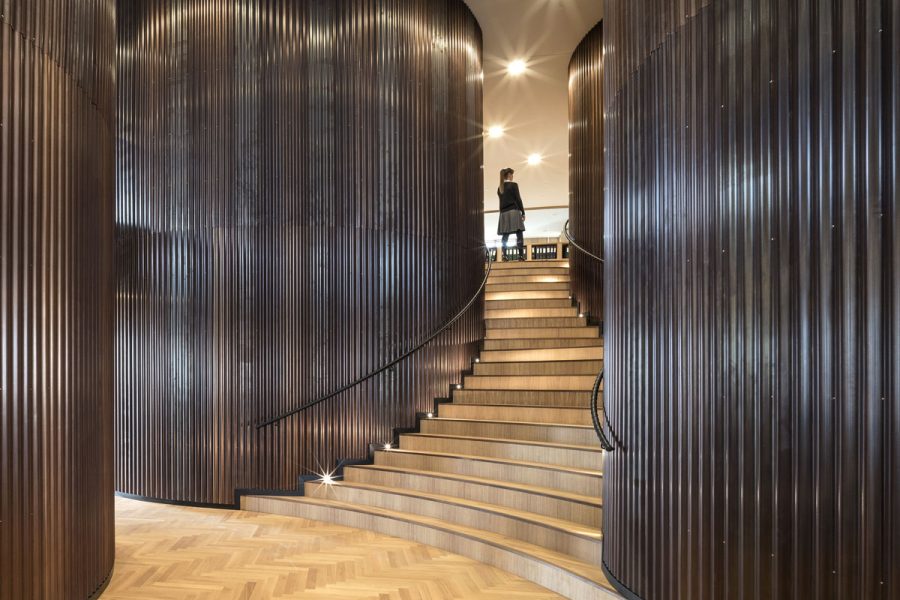 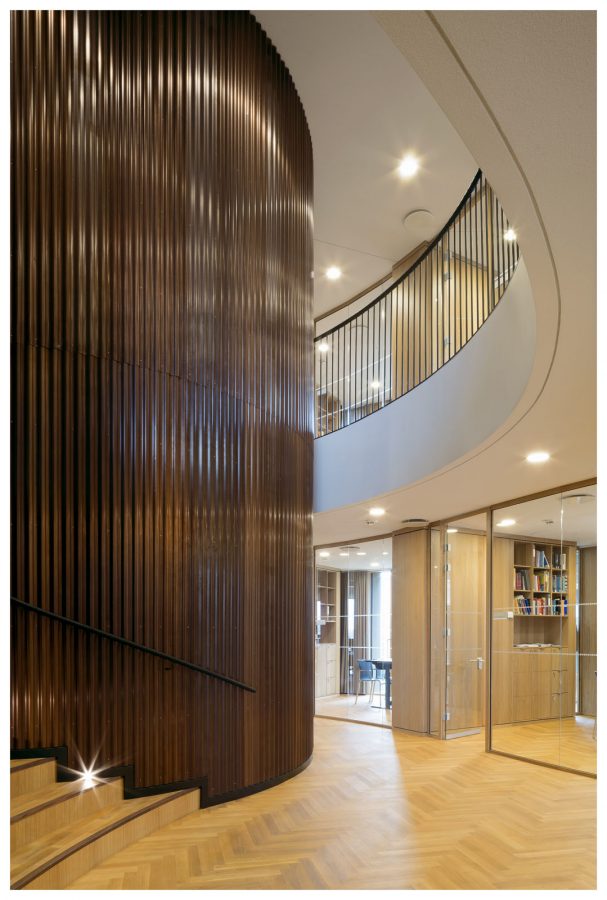 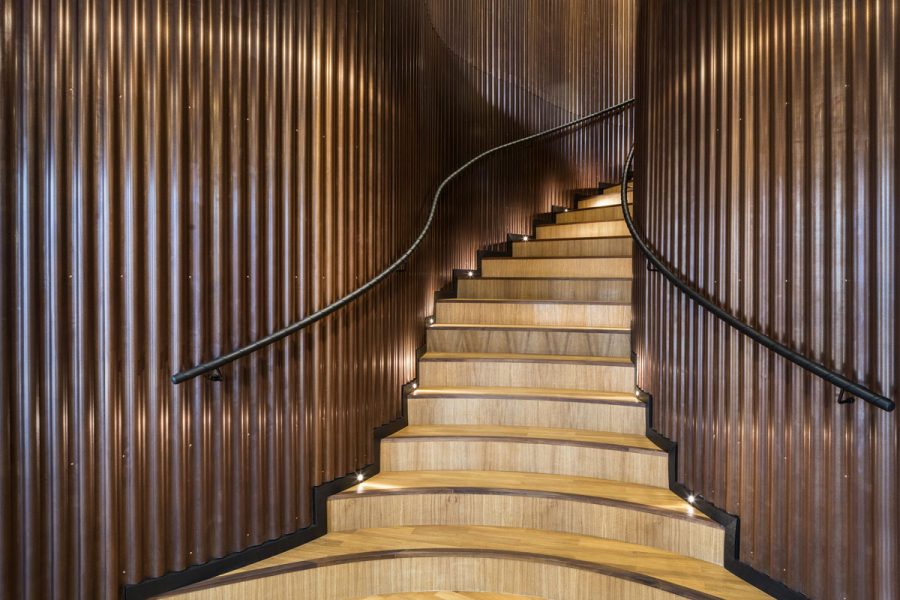 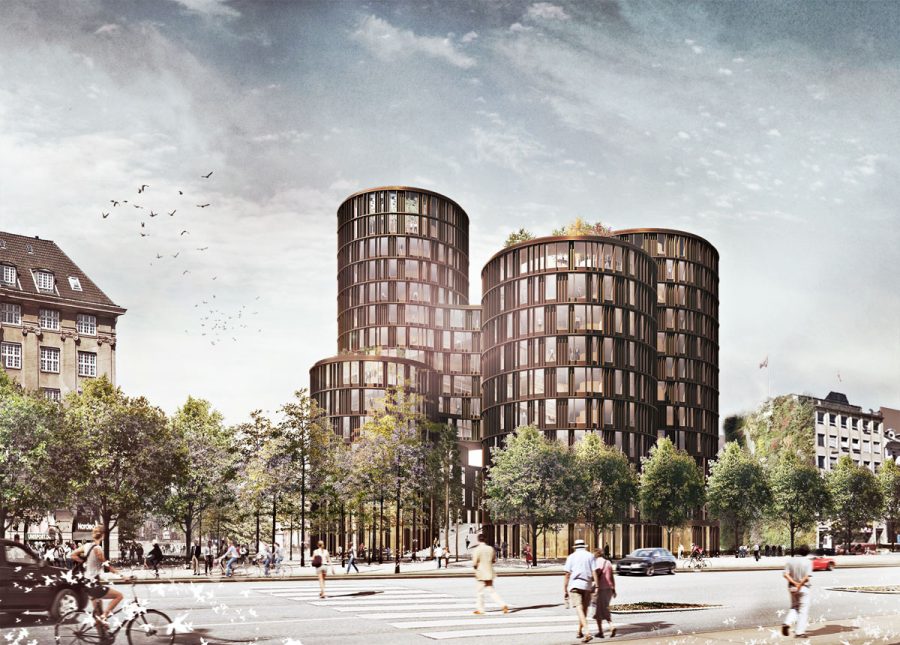 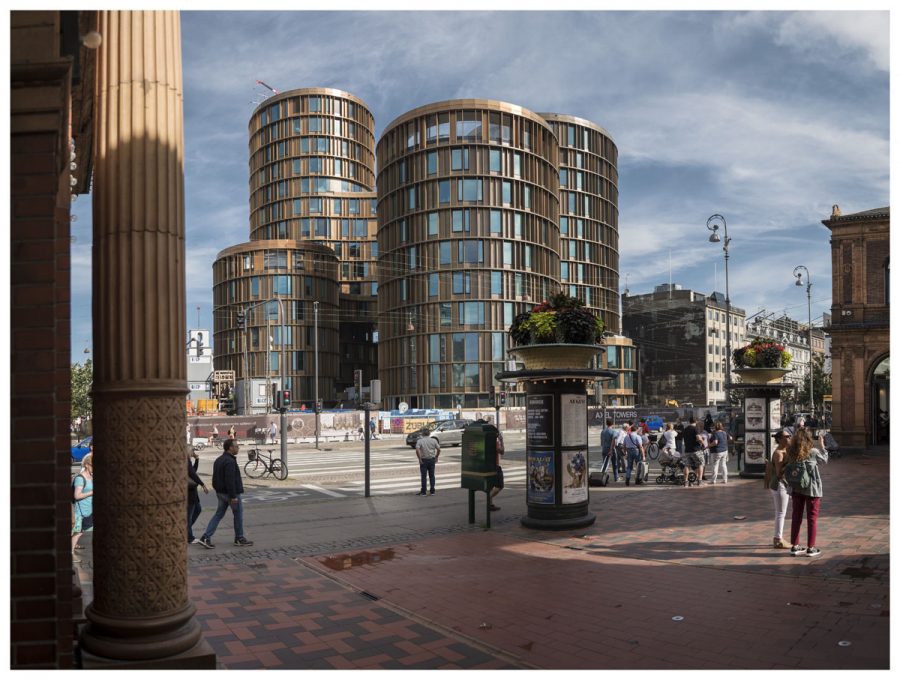 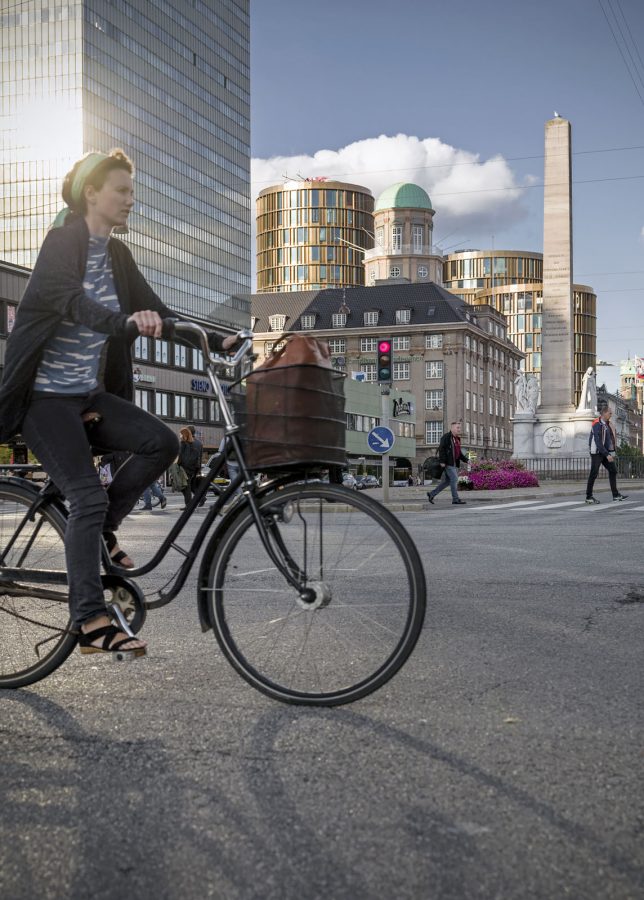 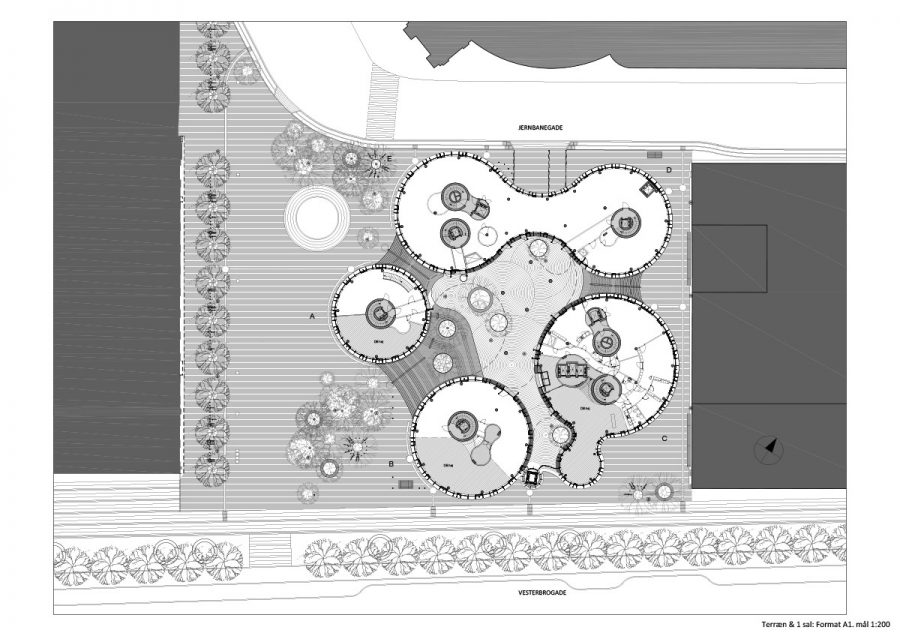 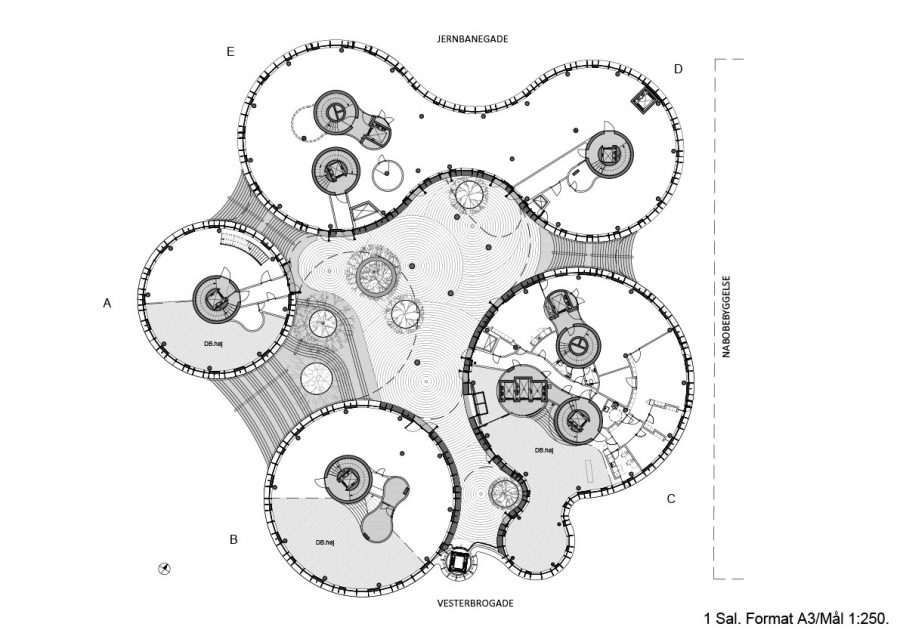 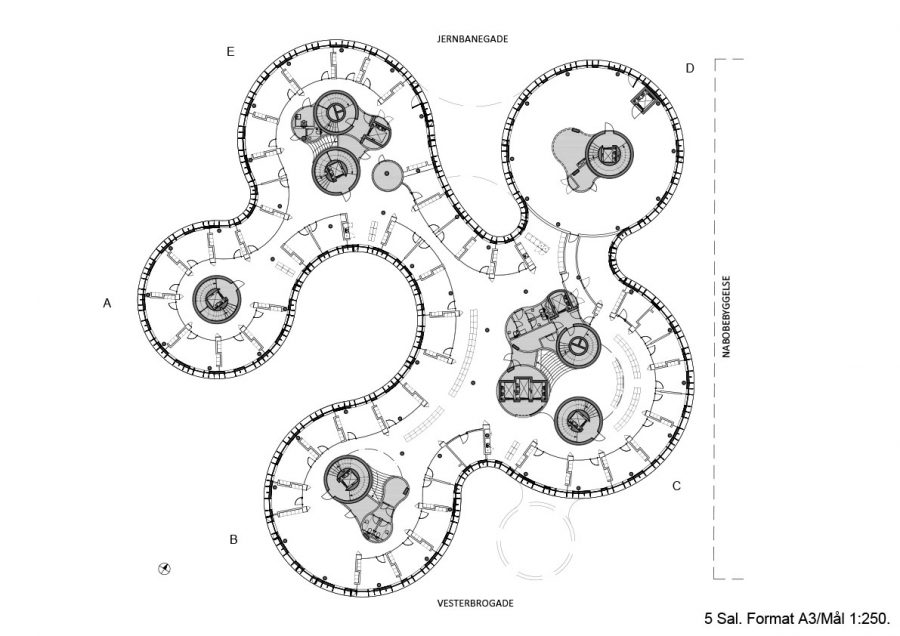 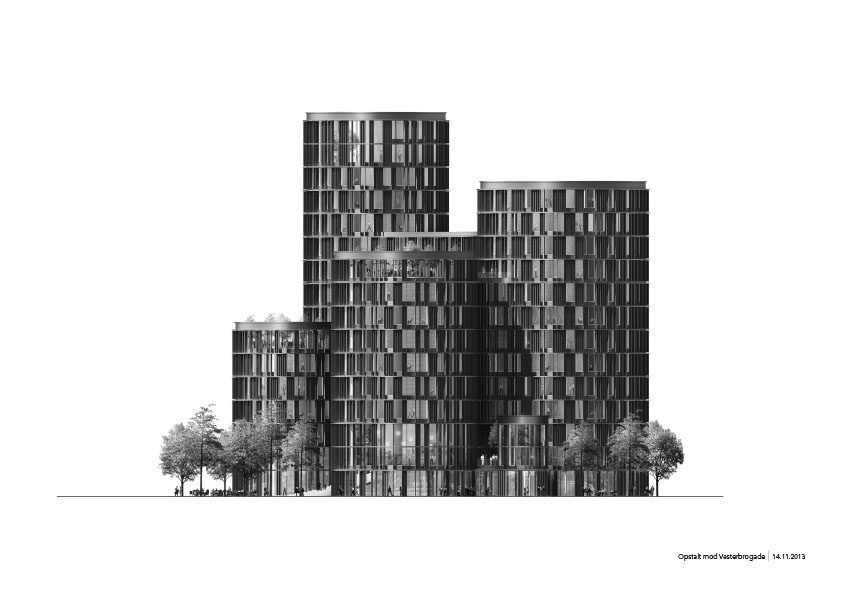 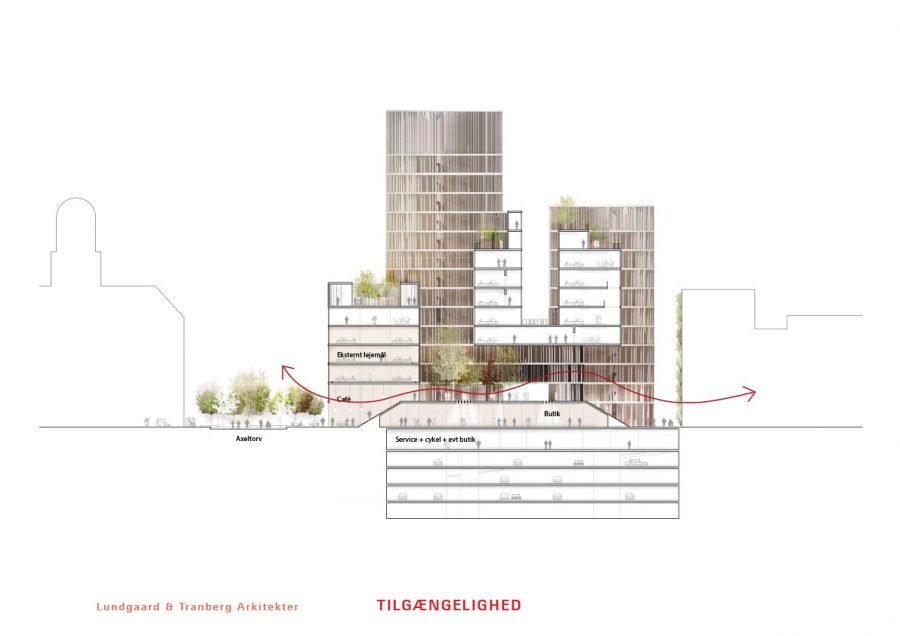 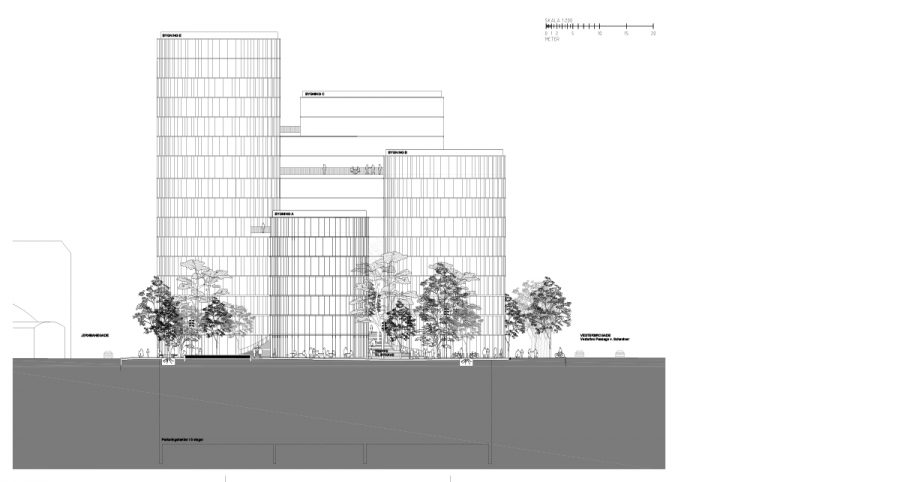 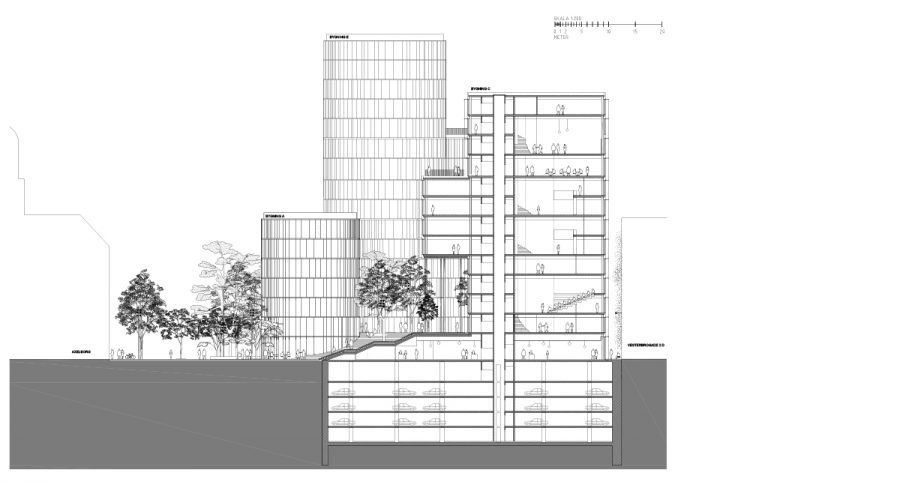 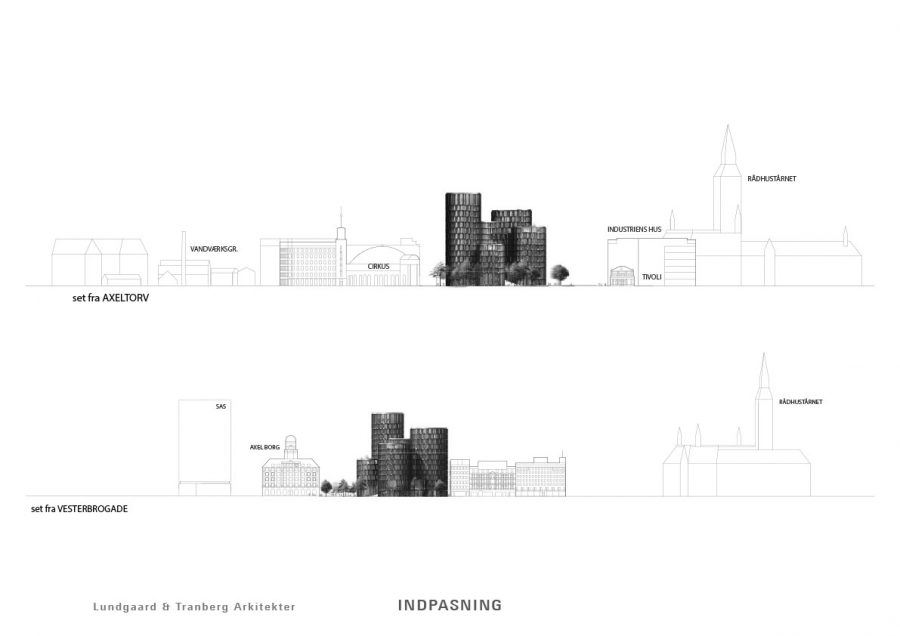 The redesign of the site, also by the architects, resulted in locating public outdoor space between the towers. This distributes an open and inviting building, with entrances to shops, cafes, and restaurants throughout the perimeter of the building at both the ground level and an elevated “city garden.” “As the project architects, architecturally and in regards of urban transformation, we do believe to have achieved a lot with Axel Towers.” said Michael Kvist, architect at Lundgaard & Tranberg Arkitekter. “Having public functions incorporated is very important to generate and support city life in and around the building, and fulfill the vision of creating a new positive identity for Axeltorv and the surrounding area.”

Urbanistic principles of integrating public space into the development are highlighted by a “Skybar”  restaurant on the 9th and 10th floors of one of the towers (Tower D) so that those who do not work in the building are given the opportunity to enjoy the view.

Tombak—the chosen primary facade material—is tactile and patinas over time to a deep dark brown color. The material is a brass alloy combining 80% copper and 20% zinc. The architects, also considered pure copper and zinc, but rejected these for their brightness. They arrived at Tombak for it’s weathered surface qualities which, according to Kvist, “gives the towers substance and weight.”

Besides screening the sun, the brise soleil is helping to scale the building to a human scale as well as in relation to the facade proportions of the Copenhagen karré buildings in the surrounding area. Furthermore, the brise soleil with the vertical fins placed in front of the panel joints in the facade blurs that the facade actually is faceted and thus maintain the illusion of the curved tower buildings.

The cladding material forms an extended depth building envelope of nearly 20-inches. One of the challenges to a “thick” circular building envelope was the concern that windows would produce a “tunnel vision” effect. Through full scale mock-up studies, these concerns were mitigated, and the sizing of apertures was established.

Facade contractor FKN Group worked closely with the architects and general contractor to develop consistency in detailing solutions and window configurations to facade composition which sought for differentiated and varied expression. FKN ultimately fabricated and installed the facade system on over 157,000-square-feet of facade area, composed of approximately 1,600 prefabricated elements. The facade design is divided into horizontal bands for each floor with variably spaced vertical shading fins. It combines panel elements, view glass elements, and tinted glass elements, of which variable facade composition affects height and diameter of individual units. The job site offered limited space allowing for only one crane for assembly. This required special coordination and choreography in the staging of deliveries construction.

Kvist said the “Citygarden,” a public space on the first floor wedged between the towers is one of the successes of the project. “an alluring, intimately, varying and surprising urban space that embraces you and at the same time shows back to the surrounding city,” adding, “The Citygarden is open 24/7.”