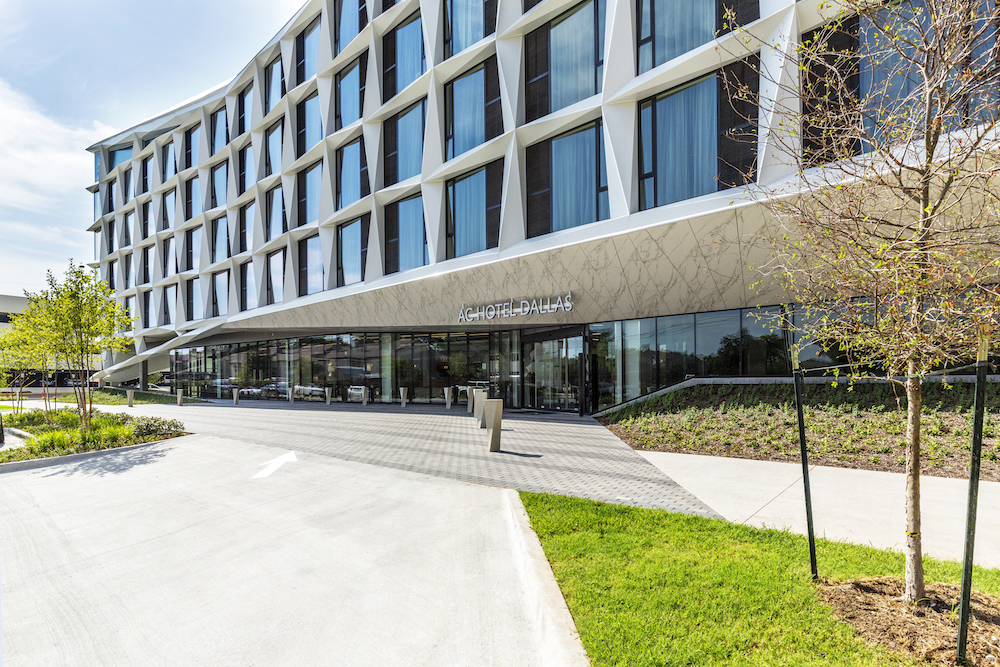 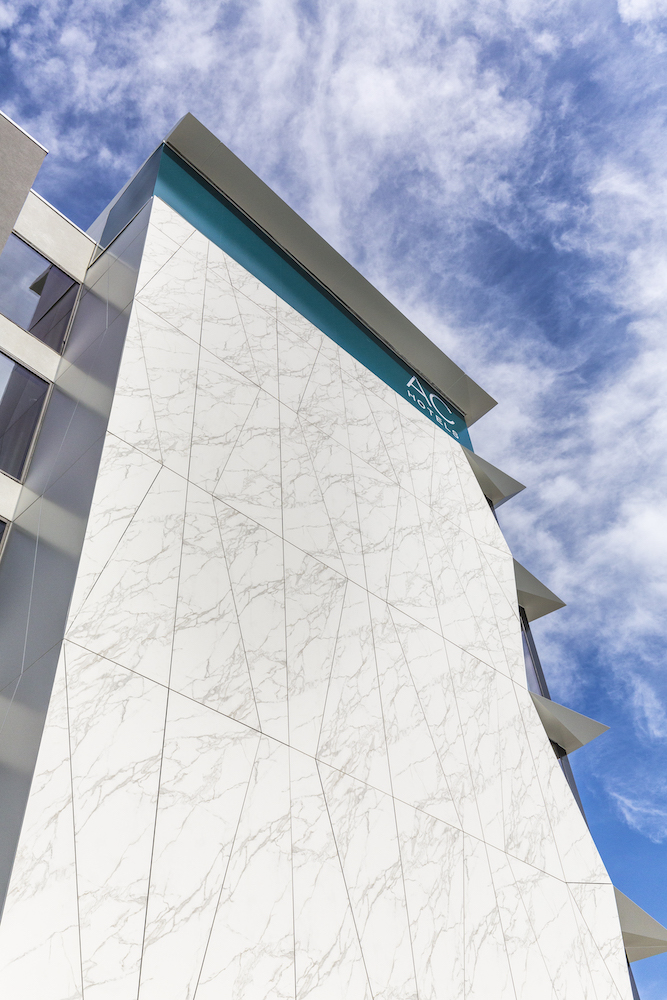 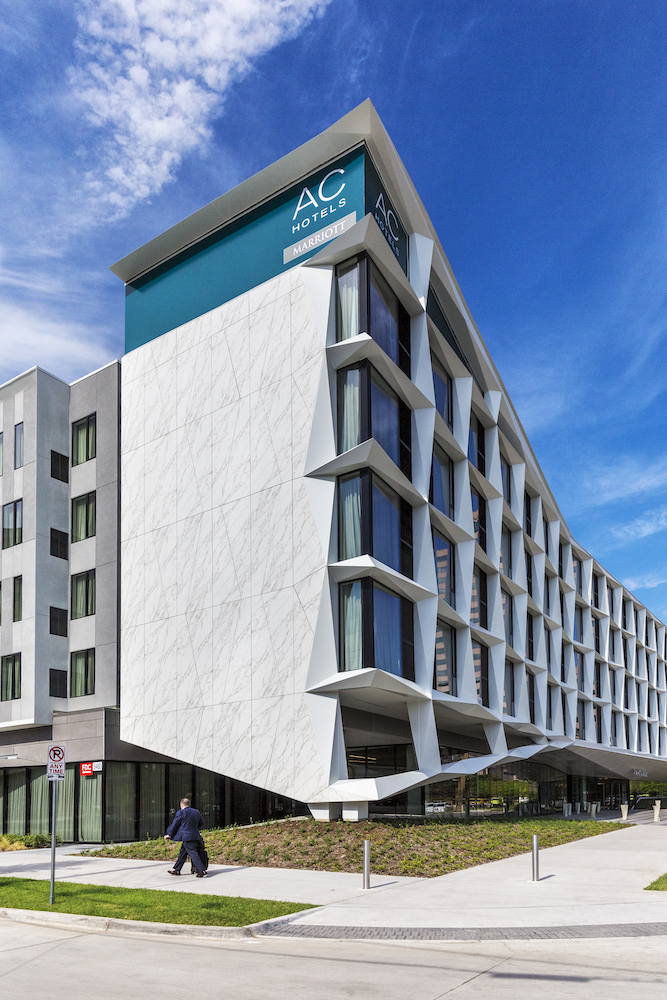 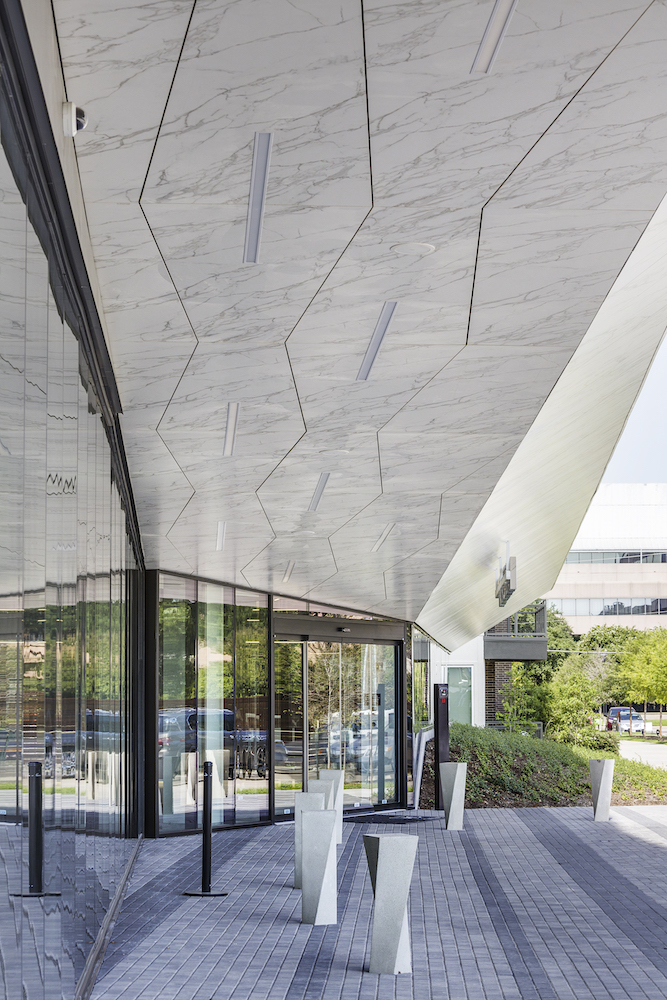 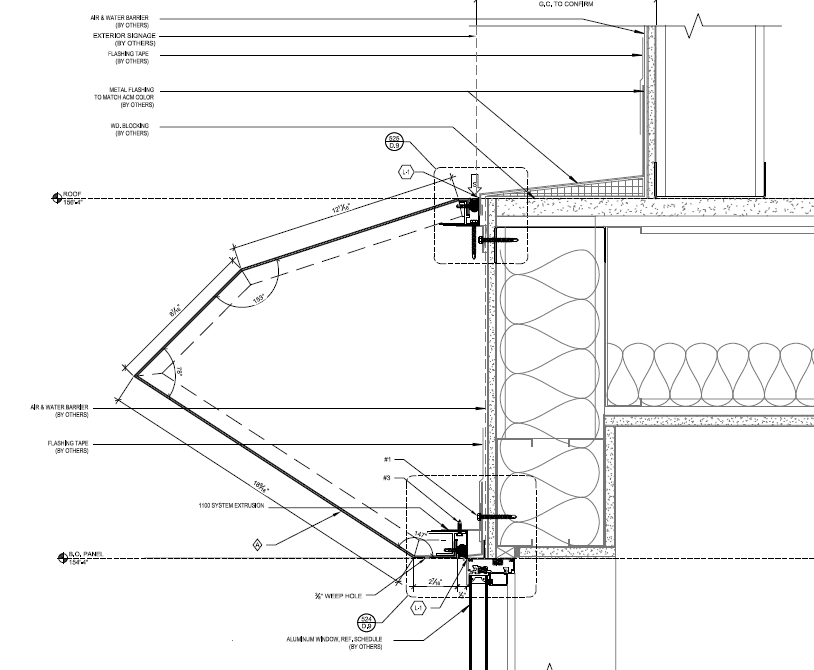 <
►
>
The AC Marriott is located in Downtown Dallas and is designed by 5G Studio Collaborative. (Courtesy Neolith)

Downtown Dallas is undergoing a remarkable process of development, ranging from new office towers to prestigious cultural facilities. 5G Studio Collaborative, an architecture and design firm founded in 2005, has consistently expanded its body of work within its home city over the last decade-and-a-half. Completed in 2018, the AC Marriott Hotel Dallas is another addition to that ensemble, bringing a Catalan Modernisme-inspired sintered stone facade to the city center.

The massing of the nearly 170,000-square-foot project is defined primarily by the northern elevation’s slightly curved rectangular volume. Sintered stone and glass are the main facade elements for the elevation, and approximately 400 custom panels were used in total. The panels themselves are angular and protrude outward from the primary structure, giving the facade further depth while passively shading the window modules.

According to the design team, the initial material choice for the project was white marble—a light-colored facade is a useful tool for reflecting the sun’s rays in a hot state like Texas. However, it was soon learned that the delicate composition of marble would not fare well in Dallas’s emission-cloaked environment, or under the significant temperature variances of north Texas.

While sintered stone proved to be a more durable material than marble for the purposes of the project, the weight and complexity of the panels brought its own challenges to the project. The project team struggled with the rain screen system and its application to the sloped soffits of the exterior. The solution was to use an internal truss system located behind each individual panel. Additionally, the edges and intersections of each panel were custom-measured onsite following the actual evaluation of site conditions.

The slabs were produced by Neolith and assembled by Holland Marble, a local fabricator and installer. Utilizing Neolith’s StrongFix system, the design and fabrication teams were able to maintain a continual dialogue to adjust the anchoring components and assembling services to conform to the largely unique panels.

“The design journey was an enjoyable one as we were able to maintain the initial concept right from the beginning until completion,” said 5G Studio collaborative associate Lauren Cadieux. “We are very happy with the end result: a seemingly ‘floating’ facade that transitions effortlessly across the front, west, and east sides of the exterior.”