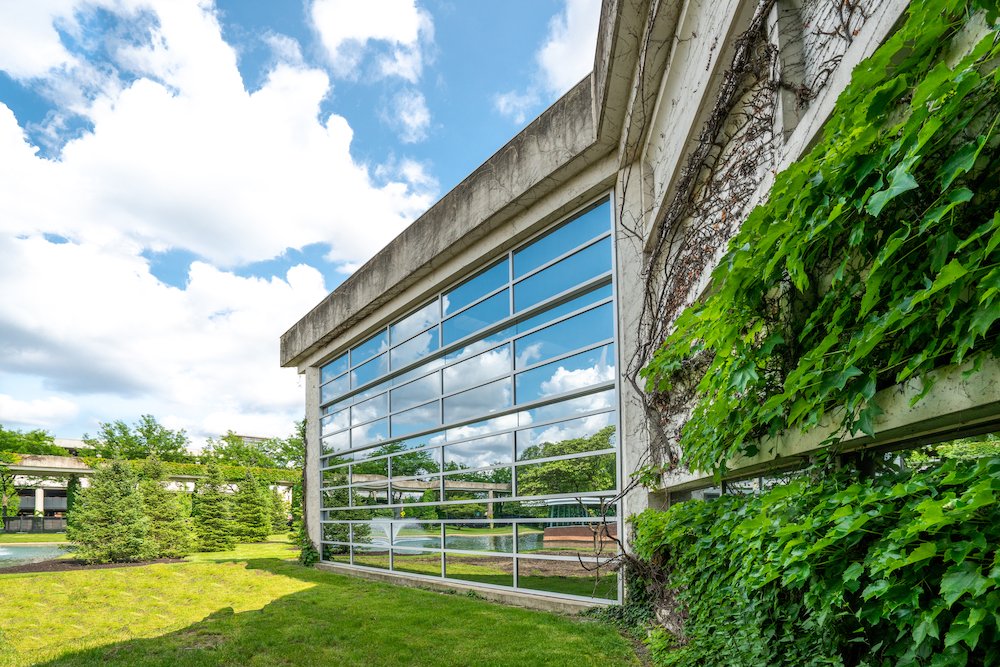 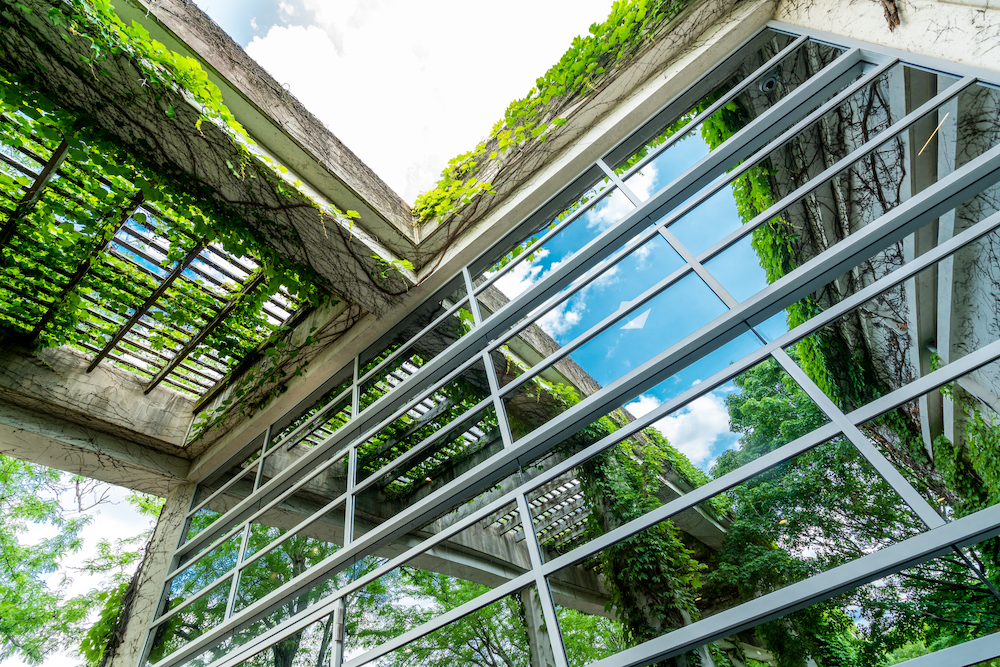 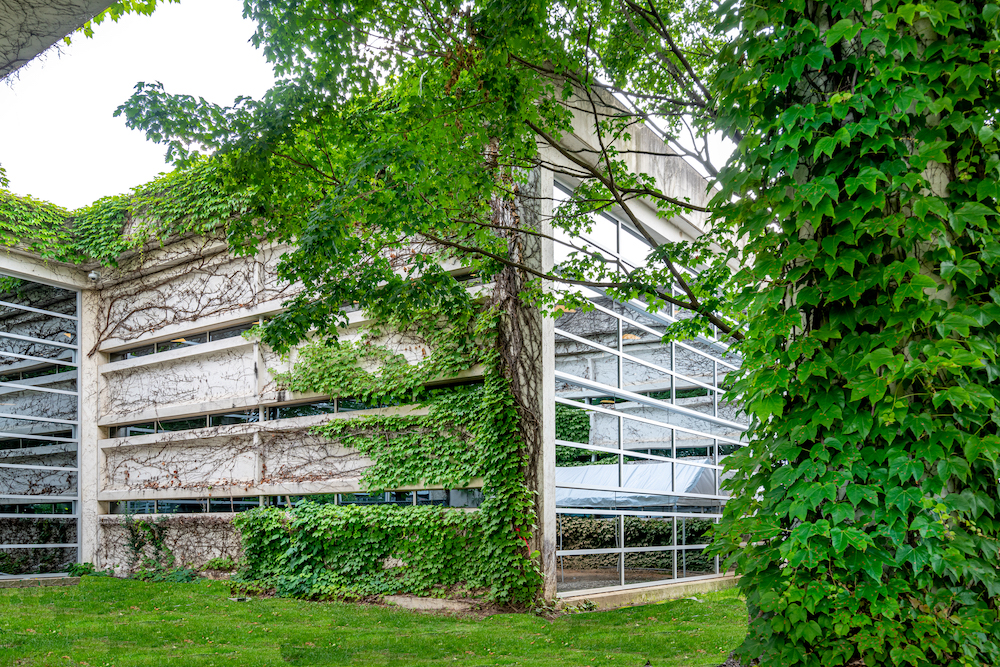 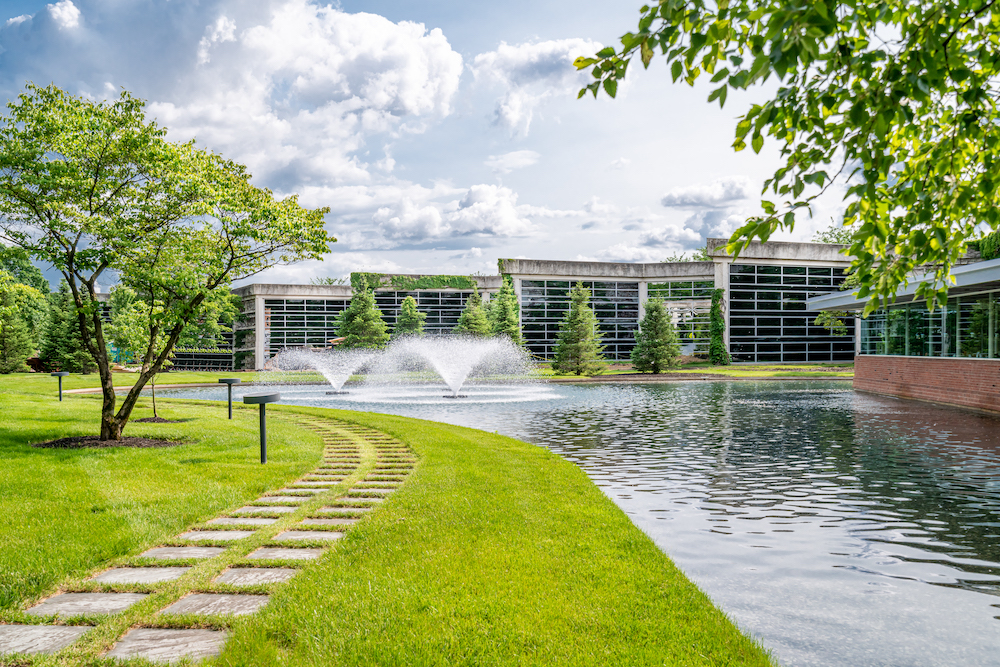 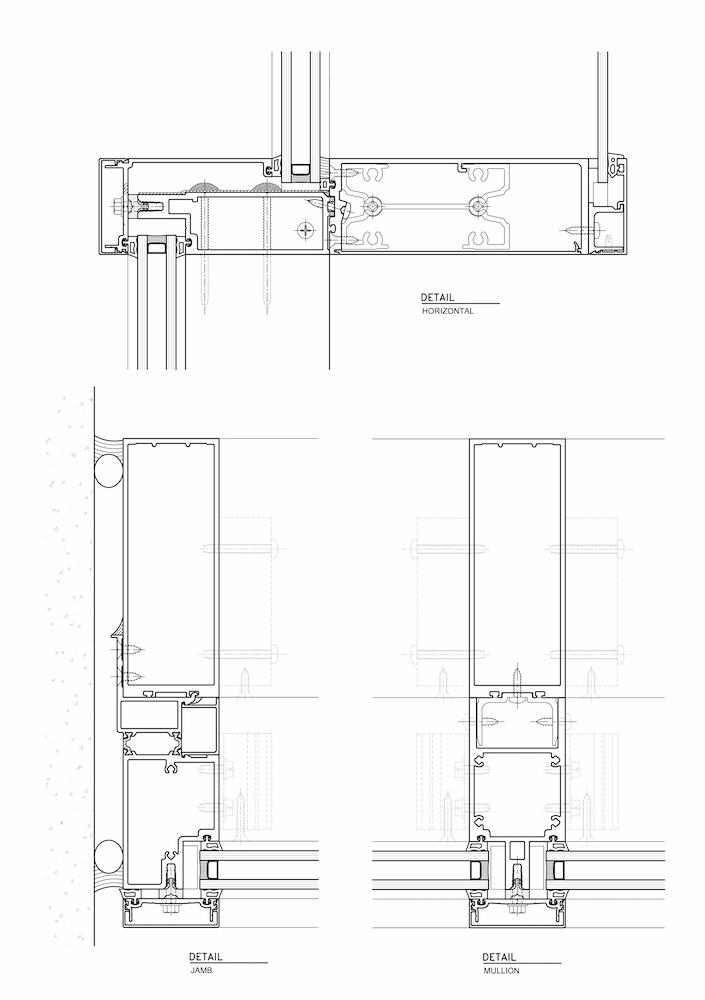 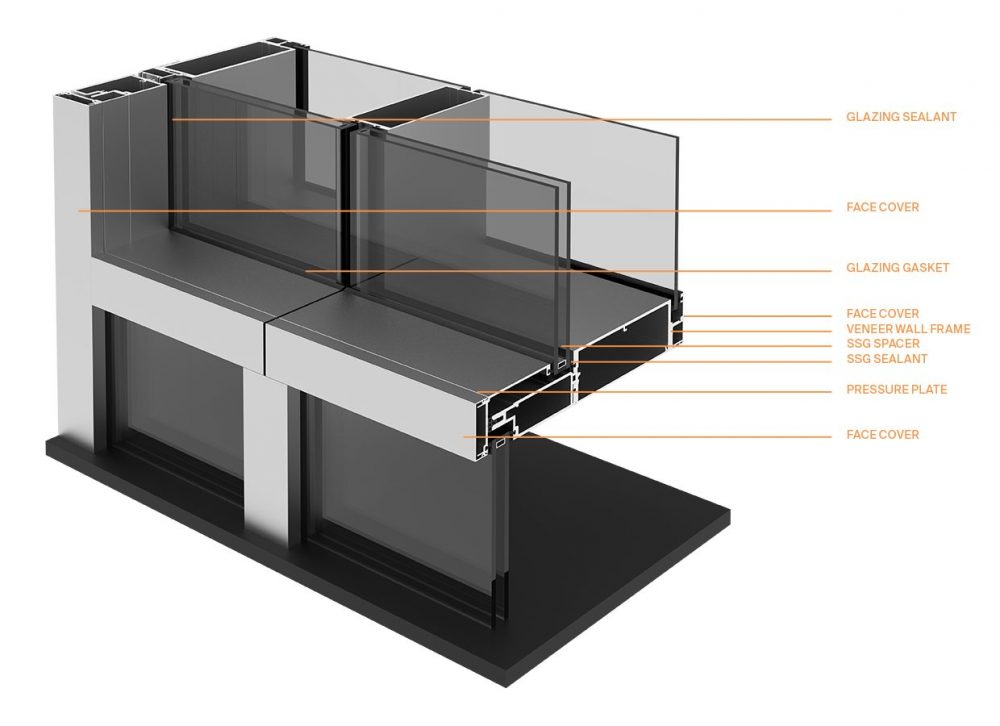 <
►
>
The Columbus, Indiana, building was originally designed by Kevin Roche John Dinkeloo and Associates with a landscape by Jack Curtis. (Steve Bullock)

Originally built in 1985 in the modernist Mecca of Columbus, Indiana, the Cummins Corporate Office Building was designed by Kevin Roche John Dinkeloo and Associates (KRJDA). The 480,000-square-foot building featured an intricate facade of alternating precast concrete and glass panels in a sawtooth plan overlooking a parklike campus designed by landscape architect Jack Curtis. As part of a recent renovation and retrofit, a new curtain-wall system was installed to improve the building’s performance and bring in more natural light while respecting the architectural integrity of the original building.

Working with RATIO Architects, YKK AP designed and built a new curtain wall using its YCW 750 OG Outside Glazed Curtain Wall System. The glazing system was developed to accommodate larger spans and higher pressure while improving a building’s thermal performance. For this project, though, the system’s design flexibility was its most significant characteristic.

Of primary importance to the design team was ensuring the new curtain wall could maintain the same lines and depth as KRJDA’s original concrete and glass system—not an easy task considering the original north-facing windows featured multiple glass panels and concrete spandrels within a single framing system.

This posed a particular challenge to YKK. Not only did it have to set multiple panes of glass within the same mullion system, it also had to ensure that all panes could be replaced without removing the entire system. Of course, the designers had to maintain the interior appearance as well, adding interior glass panes without any visible offsets or notable seams.

The design of the new system succeeds in preserving the composition, projections, and setbacks of KRJDA’s original facade.