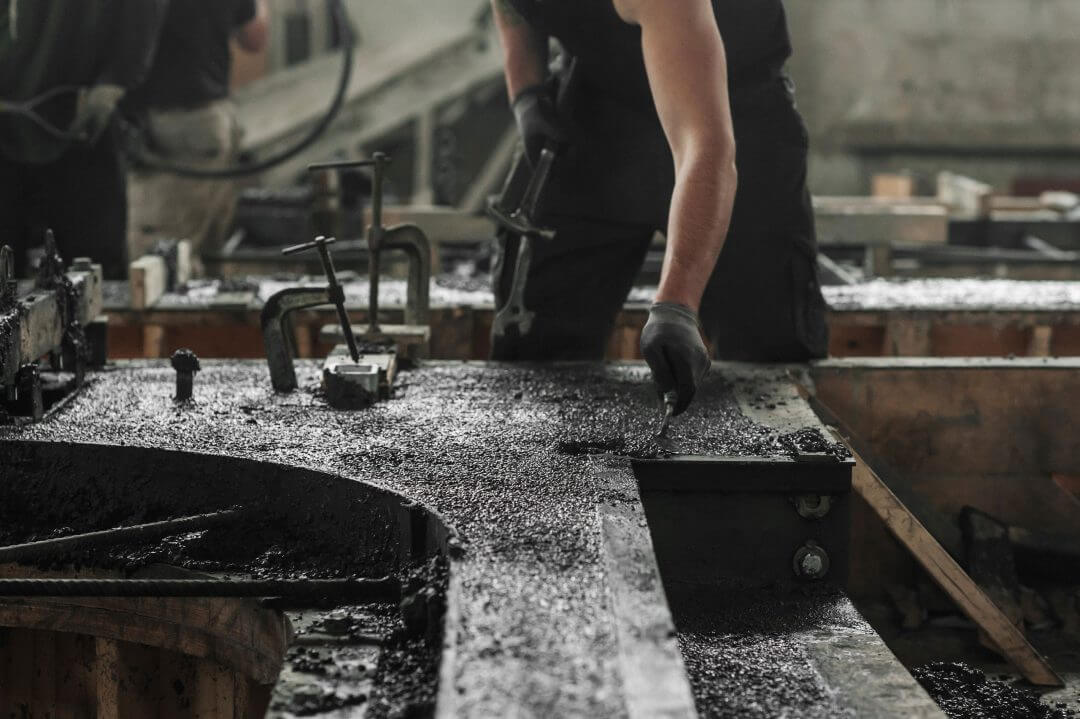 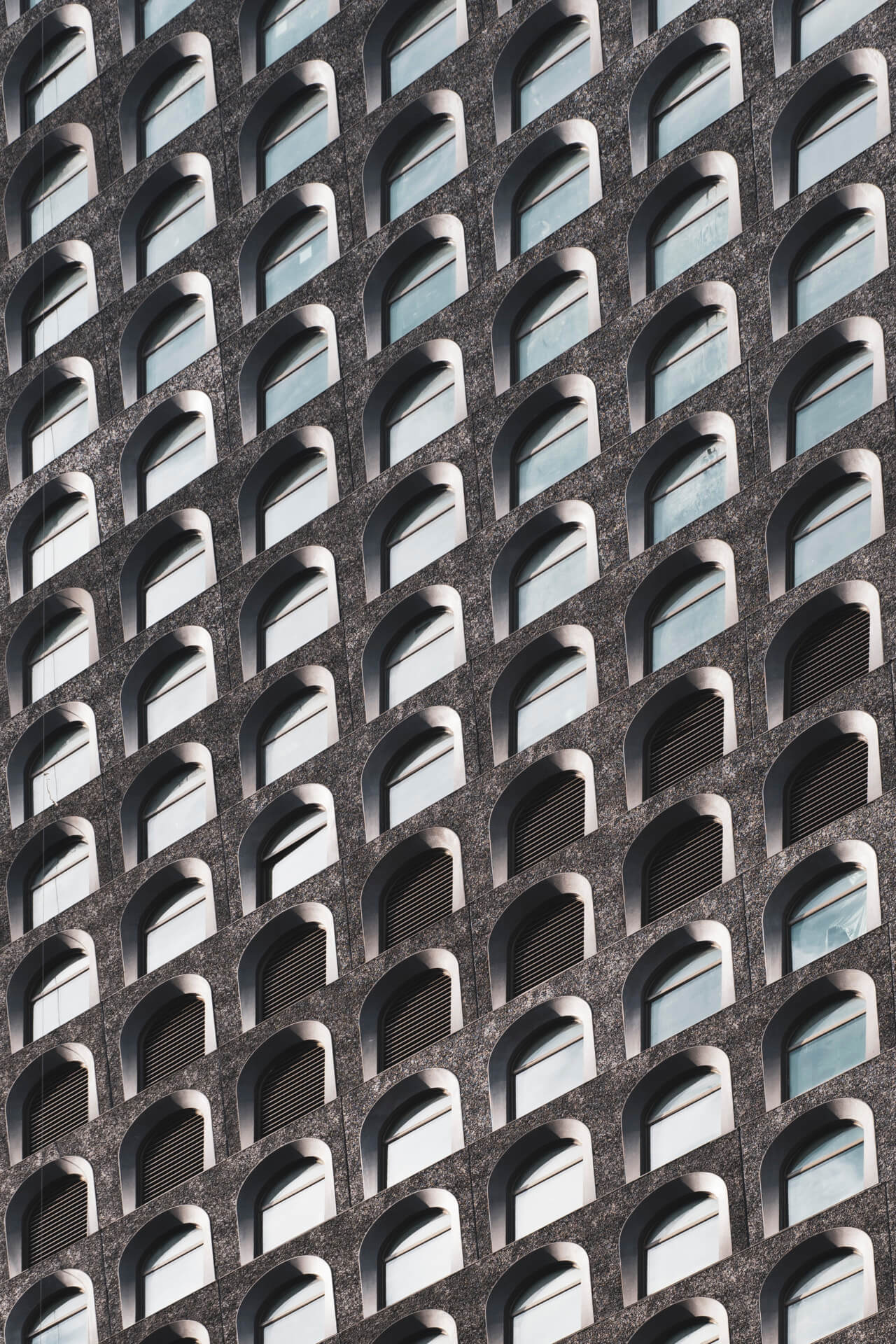 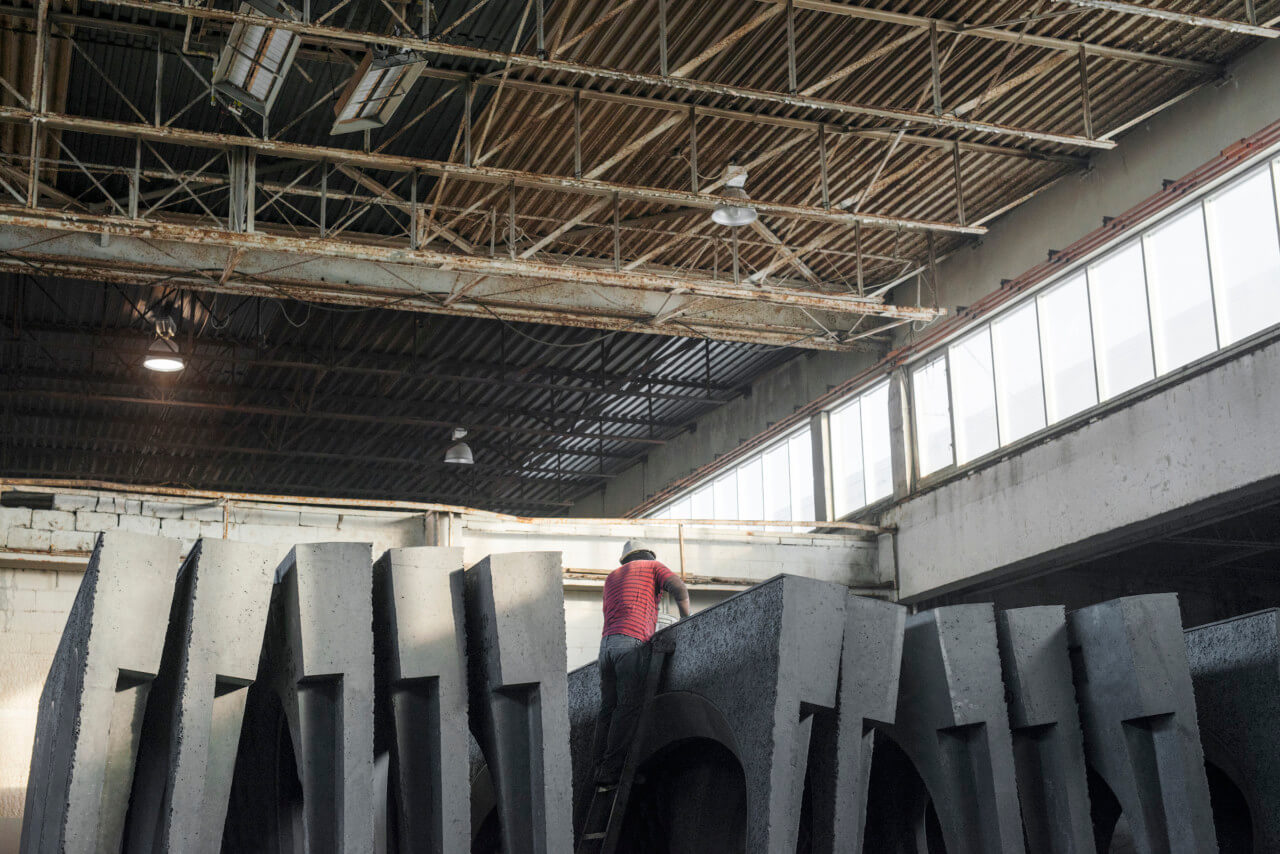 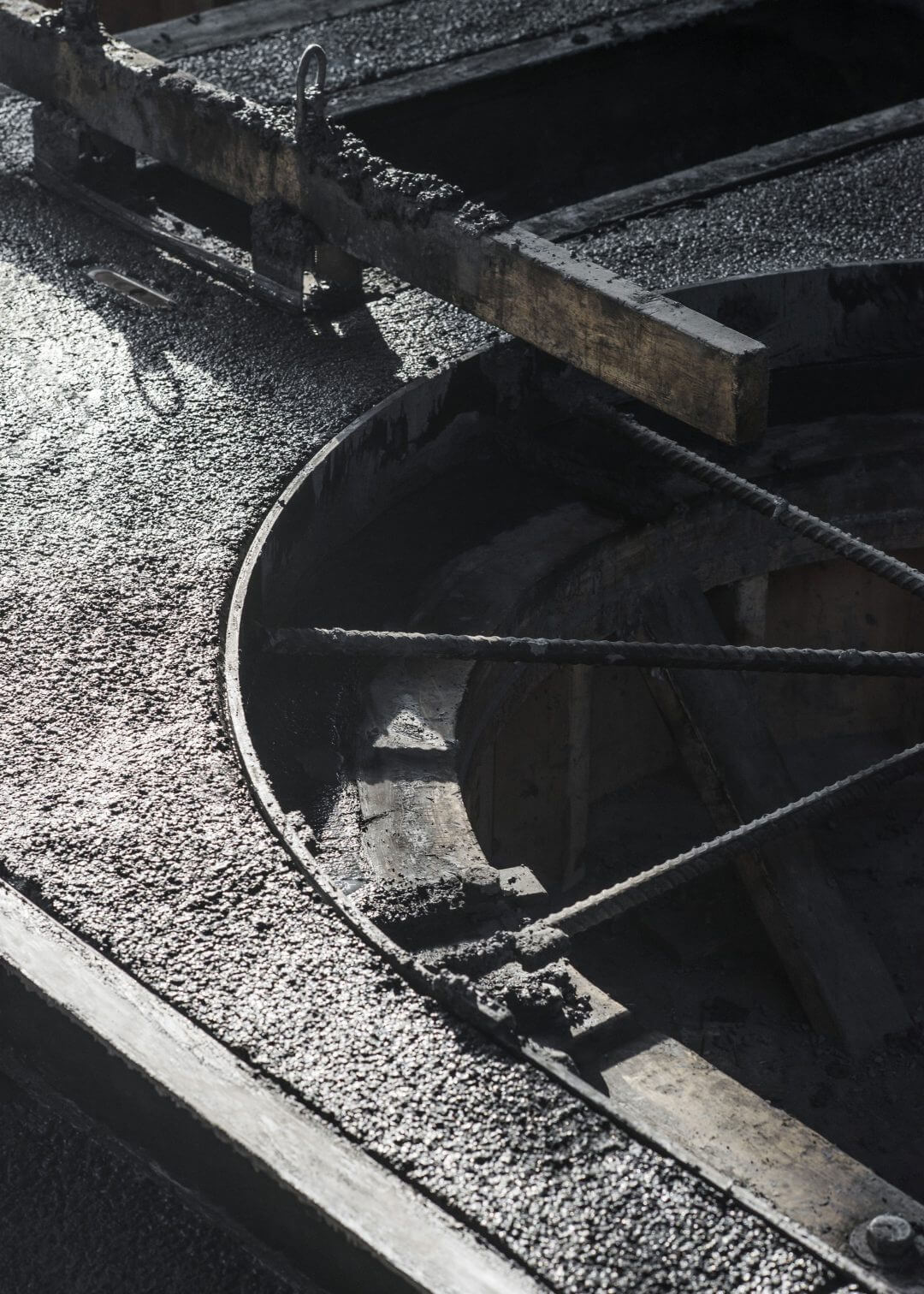 <
►
>
The tower’s precast panels were fabricated at a Canadian plant in a process akin to artisinal manufactory that began with custom wooden molds. Following the instruction of the architects, precasters smoothed over the arch element and hand-troweled the backing wall; a two-inch formliner delineates the two textures (Credit Zach Hertzman)

More than a century ago, urban reformers warning of the perils of congestion and unregulated development pointed to Lower Manhattan as Exhibit A. That the great monuments of the era—notably, the Woolworth Building—appeared to stand aloof from this cacophony even as they contributed to it only hardened calls for change. Later developments attest to the consequences: Skyscrapers, once defiantly individualistic and preening, subsequently subject to zoning mandates and standardized building componentry, entered a phase of disenchantment.

With 130 William, a 66-story residential tower in the financial district, Ghanaian British architect David Adjaye wants to re-enchant downtown’s skyline. The structure, darkly glamorous, pays homage to a bygone age of vertiginous dreams. Sensibly set back from William Street, the skyscraper is clad in richly textured precast concrete panels; tilted and tiered, they give the building a serrated profile and, from some angles, the bearing of a ziggurat (Early skyscraper builders keenly cultivated Babylonian imagery through their designs.) Arched windows and loggias, faint echoes of the Woolworth’s Gothic flourishes, break with today’s prevailing fashion for crisp grids, sharp diagonals, and other anodyne geometries.

Said Adjaye, “I was thinking about the evolution of towers in the city and wanted to find a language that could counterbalance recent interventions in the New York skyline.” The arches motif, he explains, goes back even further than the turn of the century, recalling the large, vaulted maritime warehouses that once operated on the site.

Adjaye also toyed with the tripartite divisions that Cass Gilbert and his ilk swore by. He inverted the bottom and middle orders, detailing the tower base in polished cast-in-place concrete and “rusticating” the shaft through the use of the precast panels. (The uppermost order—the crown—he kept; crews are currently at work assembling its bronze carapace.) More than a sly reversal, the displacement of the tactile upward restores a craftsmanship to sky-high construction, suggests Marc McQuade, an associate principal at Adjaye Associates. “We wanted to invoke that Gotham experience, which you don’t get so much from the ground but from neighboring buildings,” he said. “Sometimes the best terra-cotta ornament of those classic New York towers doesn’t start until the 27th floor.”

Each of the 30-foot-wide-by-12-foot-tall panels was precast at a plant in Ontario, following an involved process that began with custom formwork “made by master cabinetry makers,” said McQuade. With input from Adjaye Associates’ New York office and a tight division of labor, the precast team prepared the molds for the pour. Fabricators smoothed over the arch elements, which protrude from the formwork backing, and laid the metal reinforcements and (hand-bent) rebar in the negative space around the voids. A handful of workers were assigned to pour, vibrate, and trowel the concrete—containing a pigment and black stones and granite chips for aggregate—at which point it was left to cure overnight. Unmolded the following morning, the panels were stood upright and subjected to ensuing rounds of ablutions and touch-ups. Concluding the process, a sealer was applied that, according to McQuade, helps with efflorescence and doesn’t need to be reapplied.

The rounded windows, manufactured in Pennsylvania and then shipped up north to the precast plant, were fitted into the 1,100 panels before the integrated units were whisked down to William Street. “I’m really happy we did that,” said McQuade. “Try caulking windows 700 feet up in the air. You might do the first 20 of them right, but as you approach your 100th the quality drops off pretty quickly.”

In isolation, the panels exude a smoky lugubriousness, but in situ, under the late-afternoon sun, they become suffused with shades of ocher. An added benefit of the color? Unlike its forebears, 130 William will not easily succumb to the muck and grime circulating in the New York air. In fact, they may very well enhance it.