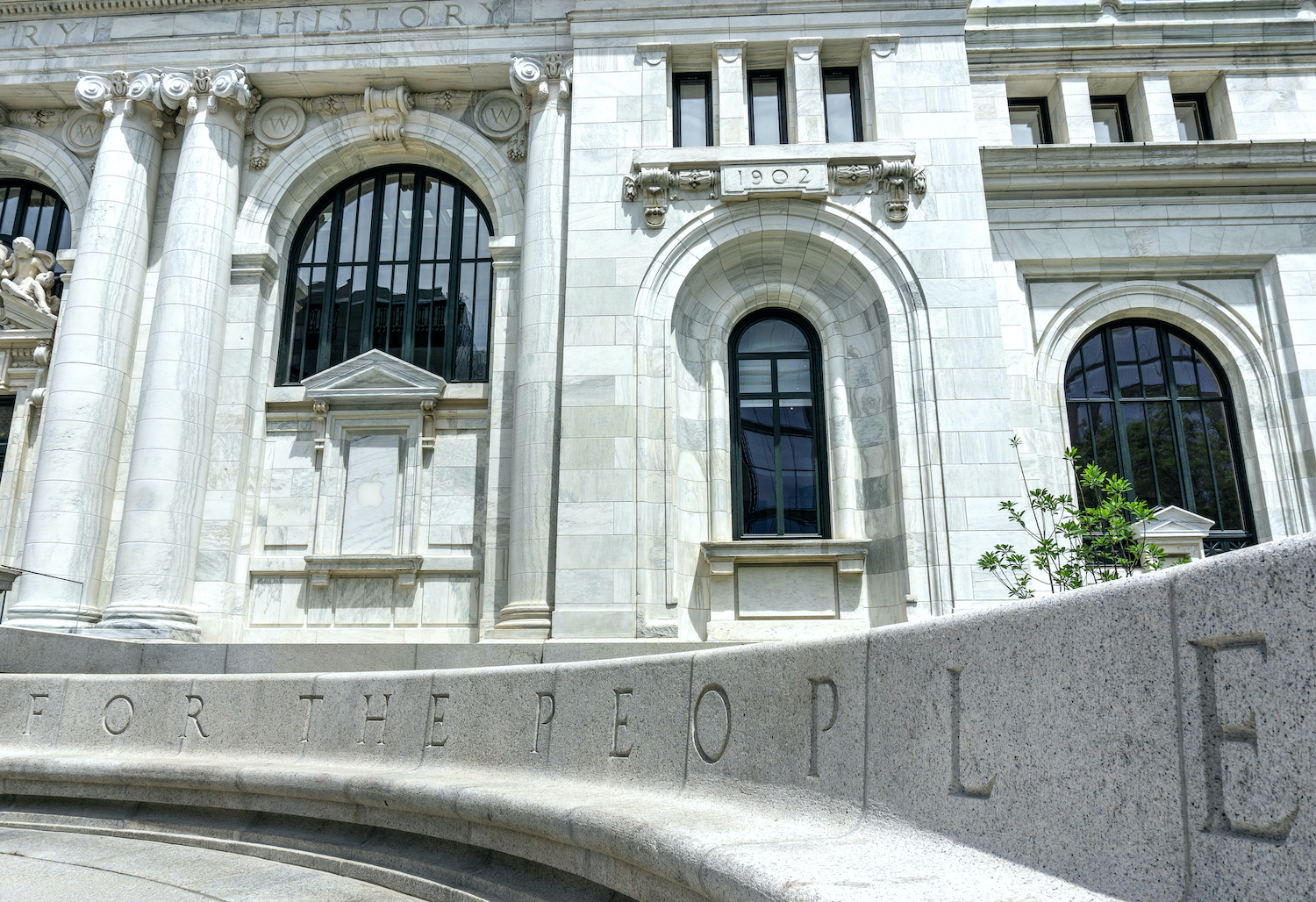 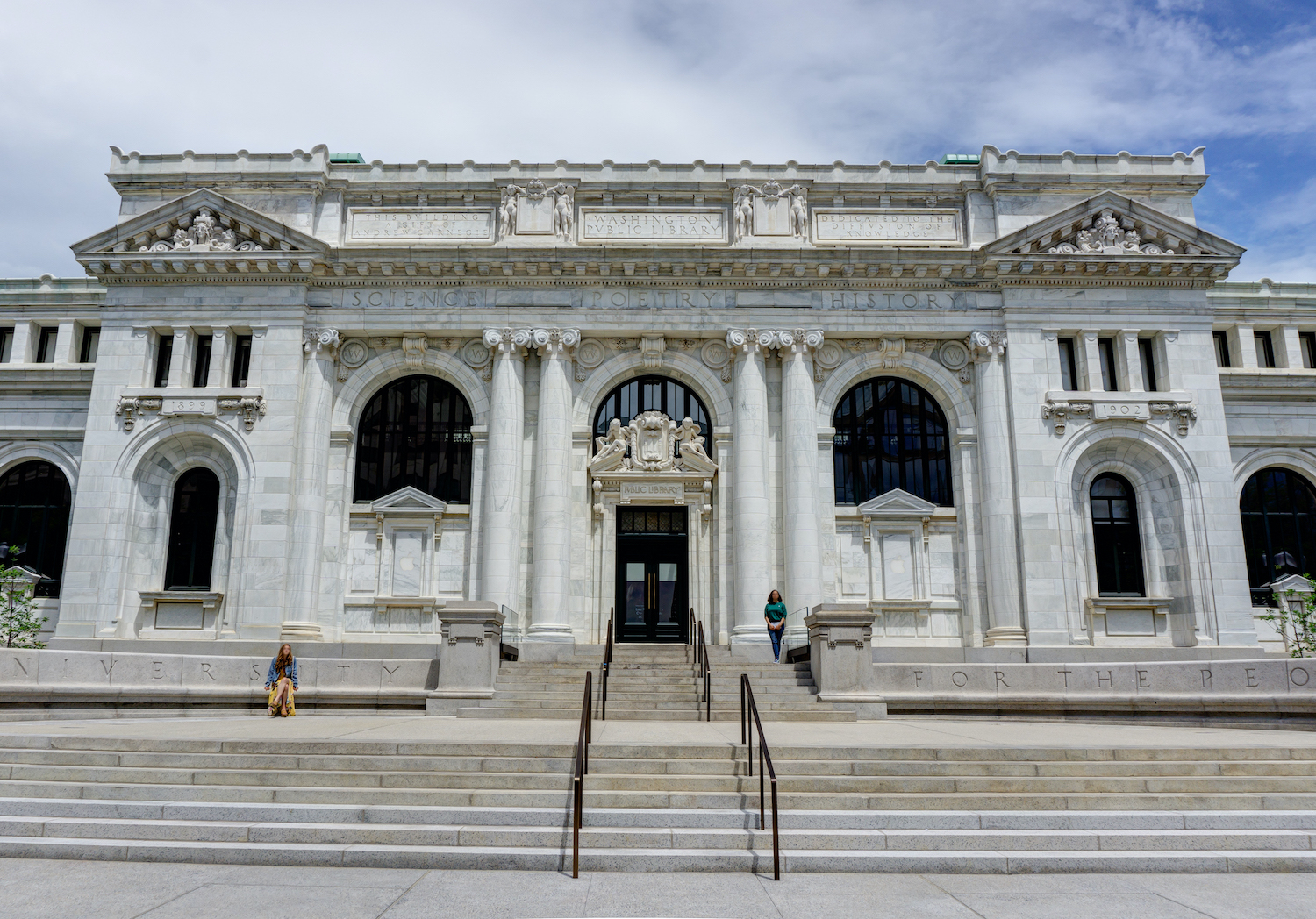 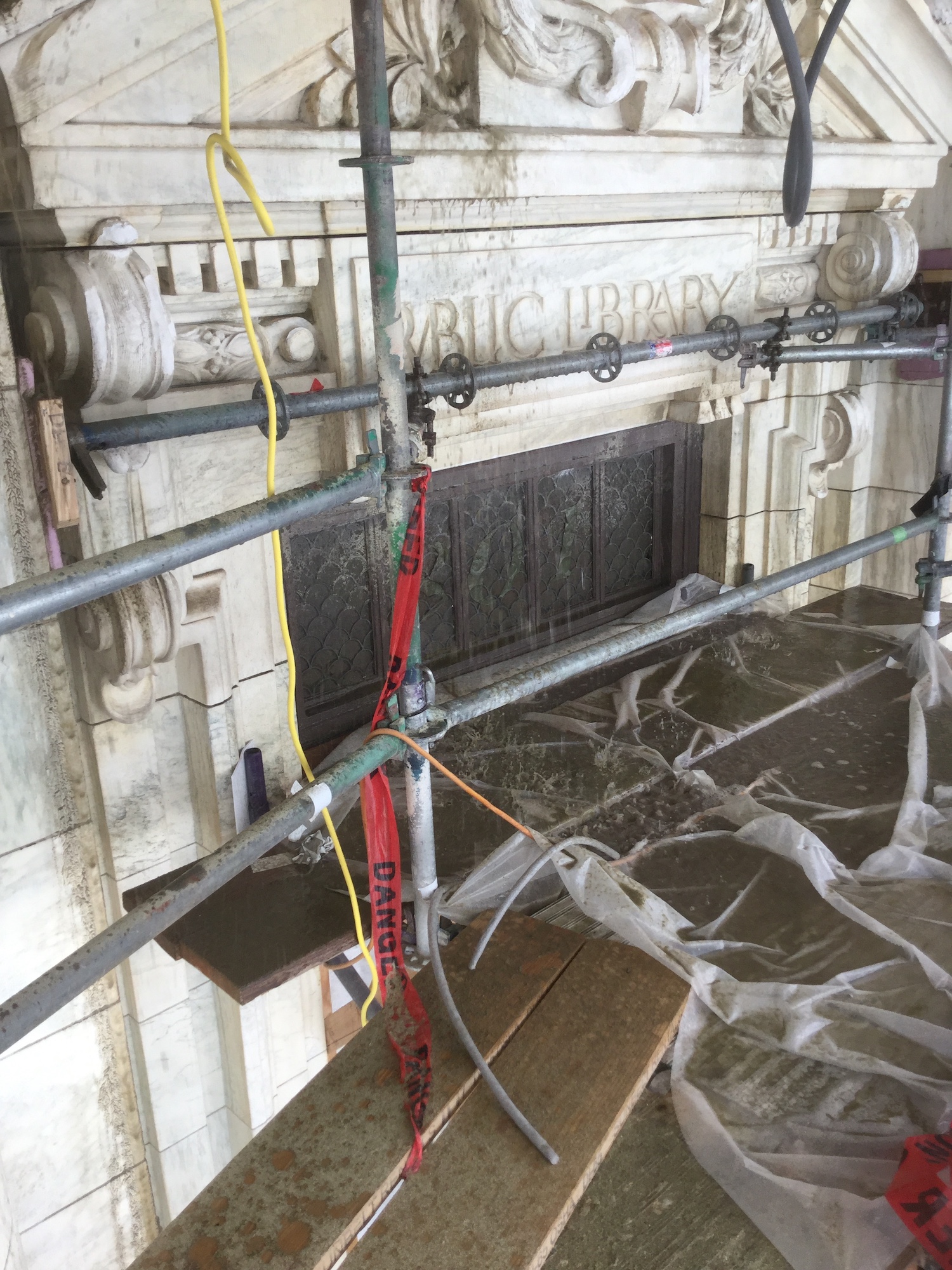 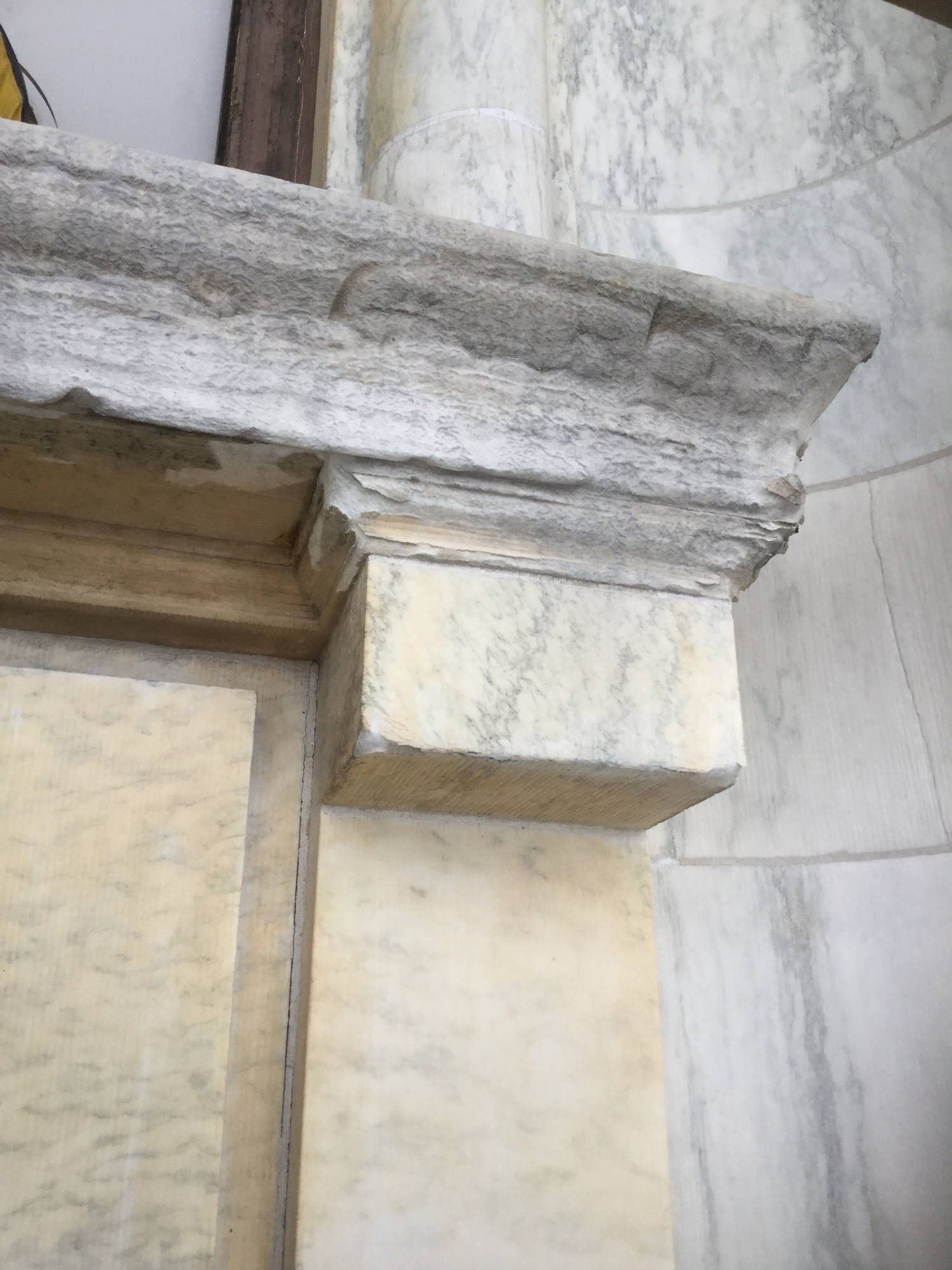 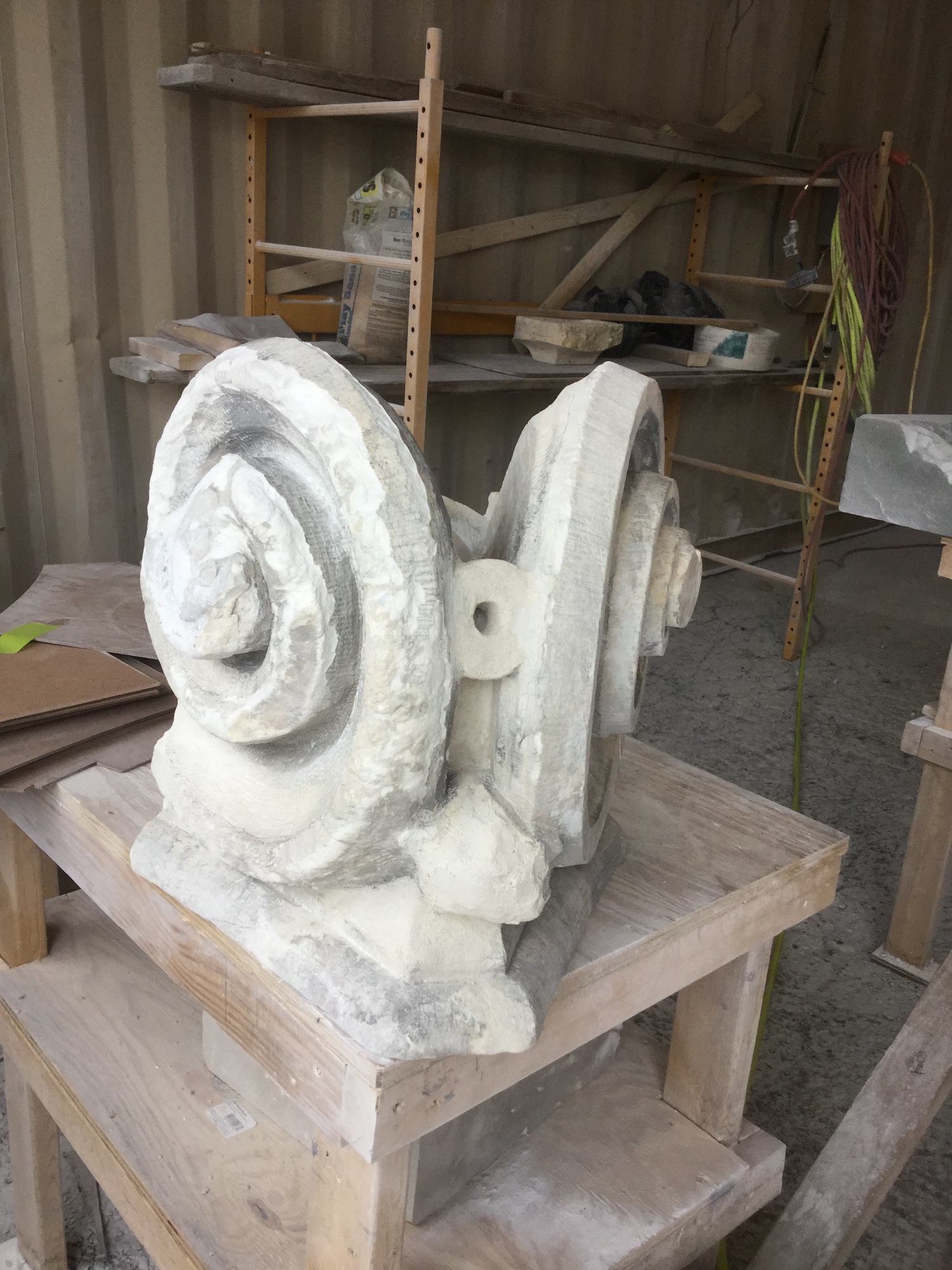 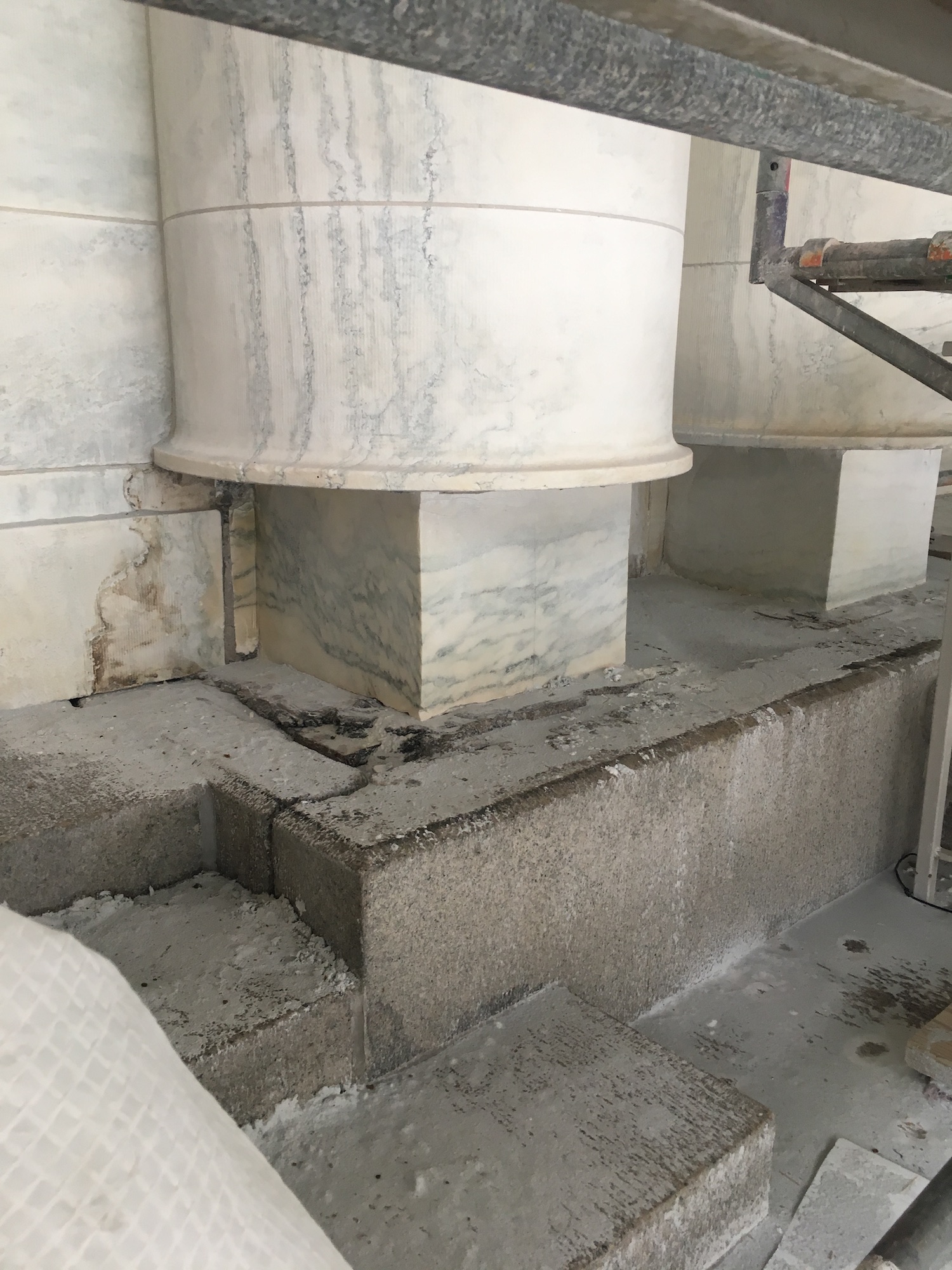 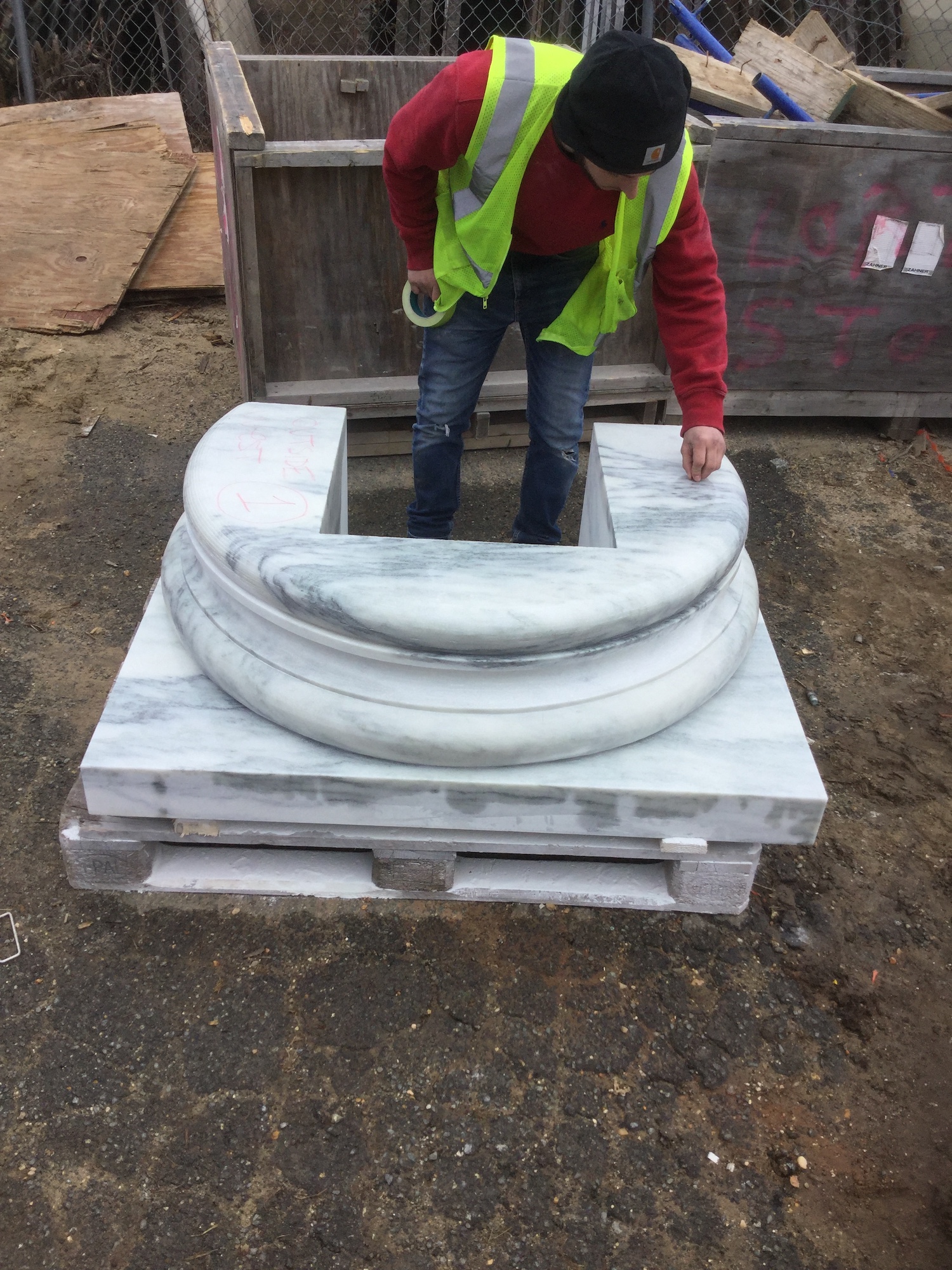 As the nation’s capital, Washington, D.C., is chock full of seats of government, monuments, and civic spaces, all the more monumental when placed at the intersection or terminus of the city’s diagrid of triumphal boulevards, or within one of the many historic parks dating back to the 1791 L’Enfant Plan. Located within Mount Vernon Square, the city’s Carnegie Library is one such institution, and after years of wear and tear has recently wrapped up an extensive restoration led by Beyer Blinder Belle, with interior work by Foster + Partners, to house the Historical Society of Washington, D.C. and a new Apple Store.

The library opened in 1902 as one of the thousands funded by industrialist and philanthropist Andrew Carnegie. Designed by New York-firm Ackerman and Ross, the 63,000-square-foot library is a handsome Beaux-Arts assembly; the building, which follows a rectangular plan, rises from a granite base and transitions to Vermont Marble and is punctured by monumental arched windows and narrow rows of clerestories. A riot of masonry detailing occurs at the southern elevation’s primary entrance with a portico of Ionic columns flanked with pedimented end pavilions—tympanums, festoons, and medallions are stitched between the larger architectural elements. The roofline is pronounced with bands of dentils and brackets, as well as acroteria.

The building served as the central library for the Washington D.C. public library system until 1971, whereupon it underwent four decades of neglect and ill-thought renovation schemes.

Work began with a comprehensive survey of the facade by EverGreene Architectural Arts, a New York-based restoration and conservation consultant. “Areas of the facade that project from the building, including the pediments at all the monumental windows, volutes on the south capitols, and the sculptural pediments on the south facade were heavily deteriorated and determining a preservation approach that retained as much historic material as possible, reflected the original design intent, and ensured the structural integrity of all of the facade elements was a challenge,” said Beyer Blinder Belle Principal Jennie Gwin. “We were very selective in the use of dutchman repairs and consolidation in order to retain as much historic material as possible, but in the case of the window pediments and some of the volutes the elements were so deteriorated that replacement was required.”

Lorton Stone, masonry specialists based out of Springfield, Virginia, handled the repair and installation of the stone elements across the facade. Following the survey of the facade, the three firms constructed mock-ups of building sections test out cleaning and restoration methods, including gentle detergent cleaning, polishing, Rotec, and the consolidation and dutchmen of deteriorating masonry components. The consolidation of masonry was further informed by testing the strength and composition of the original Danby marble by Highbridge Materials Testing’s lab in New York. “The consolidation approach allows masonry restorationist to recreate/reform missing or detreated sculptural elements rather than replace with dutchman,” continued Gwin.

Masonry repair was only one aspect of the project and the design team collaborated with the structural engineer Silman for several significant interventions. The historic copper roof was restored, which required the removal of a hipped roof and clerestory installed in 2000, and a new skylight was inserted above the historic lightwell. The historic monumental wood window frames were restored and outfitted with new energy-efficient glazing.