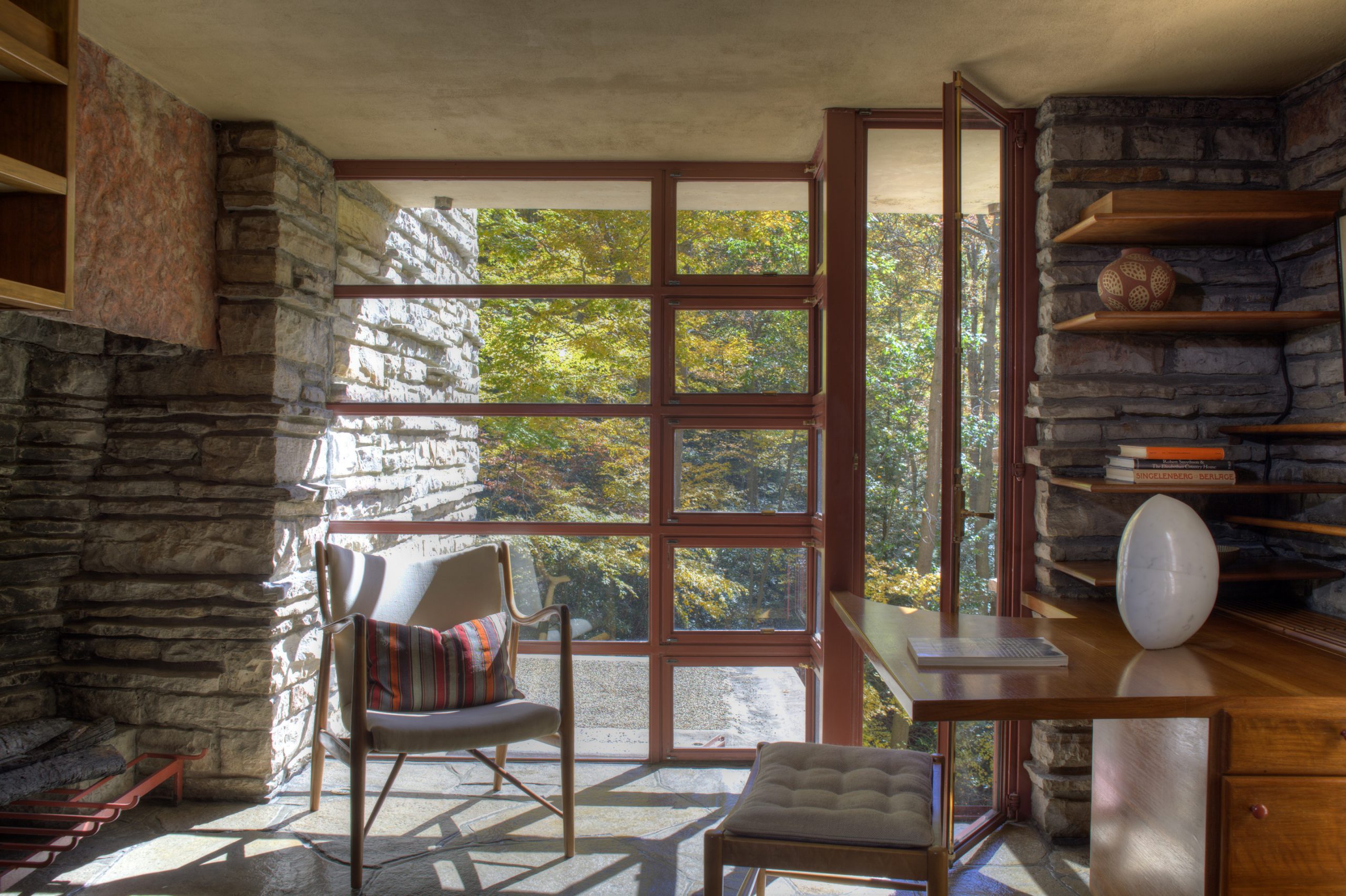 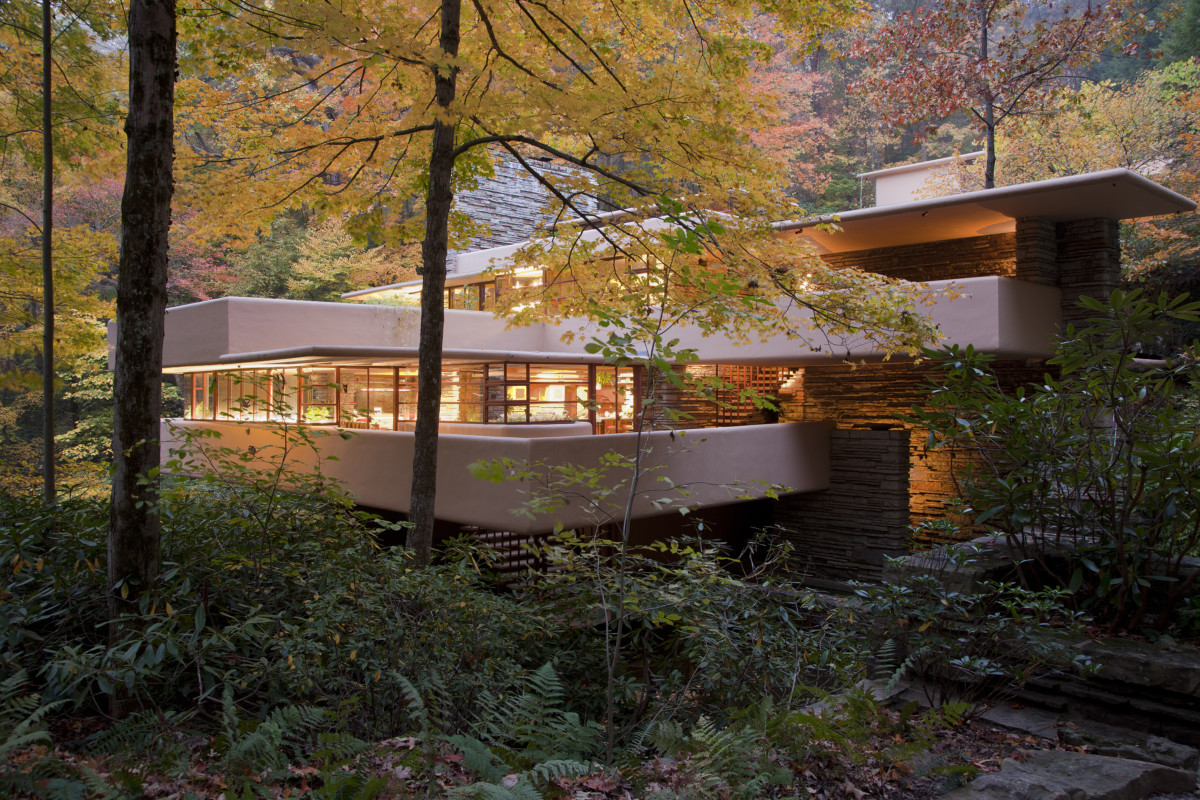 <
►
>
Fallingwater’s perch above a waterfall creates a challenging, humid environment for conservators preserving the building’s many windows. (Christopher Little/Courtesy the Western Pennsylvania Conservancy)

Frank Lloyd Wright’s Fallingwater, perched above a waterfall in the forests of southwestern Pennsylvania, presents a complex challenge for its conservators. Unusually among Wright’s works, the seminal 1937 house has been preserved for public viewing with much of its original artwork and furniture intact but the building’s extensive exterior glazing means that its aging interiors have been especially at risk of damage by solar ultraviolet radiation.

The building’s long strips of windows, which wrap around the facade unobstructed by curtains or shades, were critical to Wright’s design concept.

“Wright wrote that the limpid surfaces of the glass ‘played the same part…that water plays in the stream,’” said Justin Gunther, director of Fallingwater and vice president of the Western Pennsylvania Conservancy.

The architect originally specified Waterwhite glass, what was then an innovative low-iron product from PPG Glass (now Vitro Architectural Glass), to create windows that were as clear as possible. Erasing the barrier between the house and its streamside setting would suffuse the living spaces visually and acoustically in a “multisensory, temporal experience,” Gunther said. “Wright designed the house to the ‘music of the stream.’”

This left Fallingwater conservators with a dilemma: How to maintain the windows’ clarity while shielding the original furnishings?

In 1988, preservationists tried to solve the problem by installing transparent protective Saflex PVB interlayers in the glass, but 20 years later, the layers began to delaminate and turn cloudy. So, starting in 2009, conservators replaced all of the glazing, 1,823 square feet of glass in approximately 320 lites, with a system using PPG (now Vitro) Starphire glass and a Kuraray SentryGlas interlayer, which filters out some UV radiation while keeping views clear.

That system still has to be regularly replaced because the waterfall-adjacent site’s high humidity causes the steel window and door frames to rust. Last year, the conservancy’s on-site staff repaired 69 windows and door sashes, including 16 total panel replacements, with the Vitro system as part of that regular maintenance. The conservancy expects to continue using Vitro Starphire glass for future repairs.