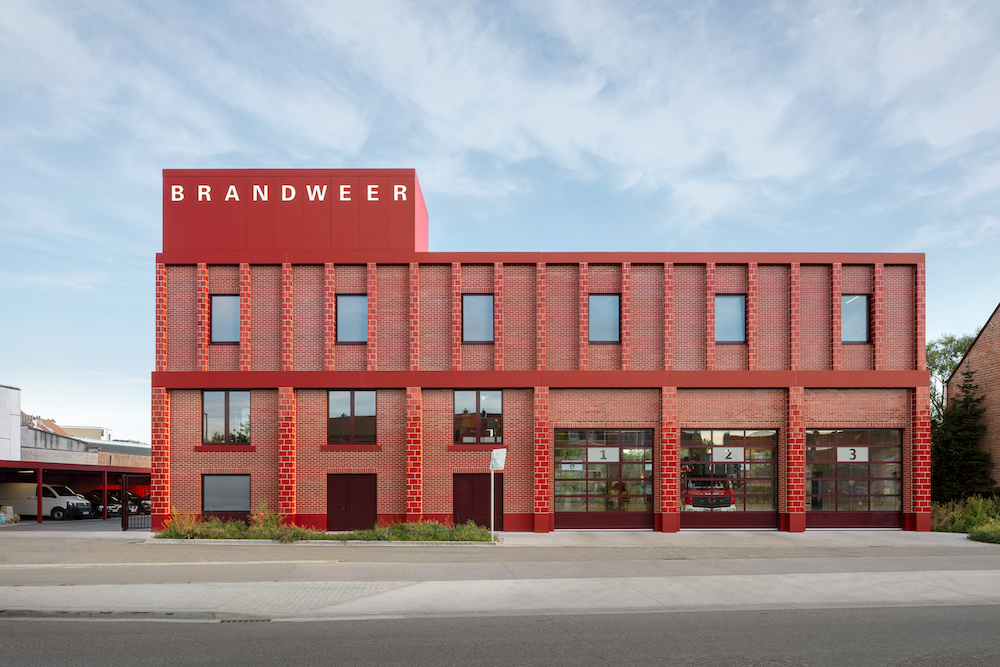 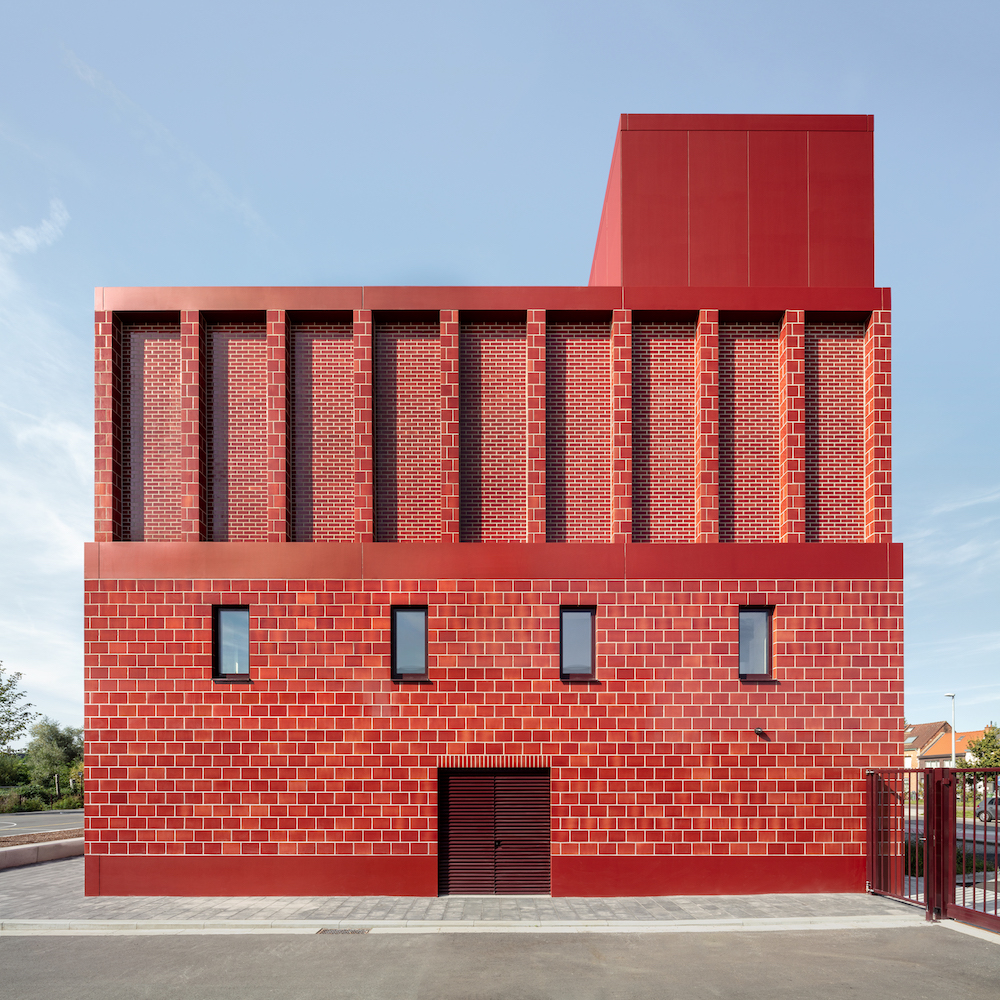 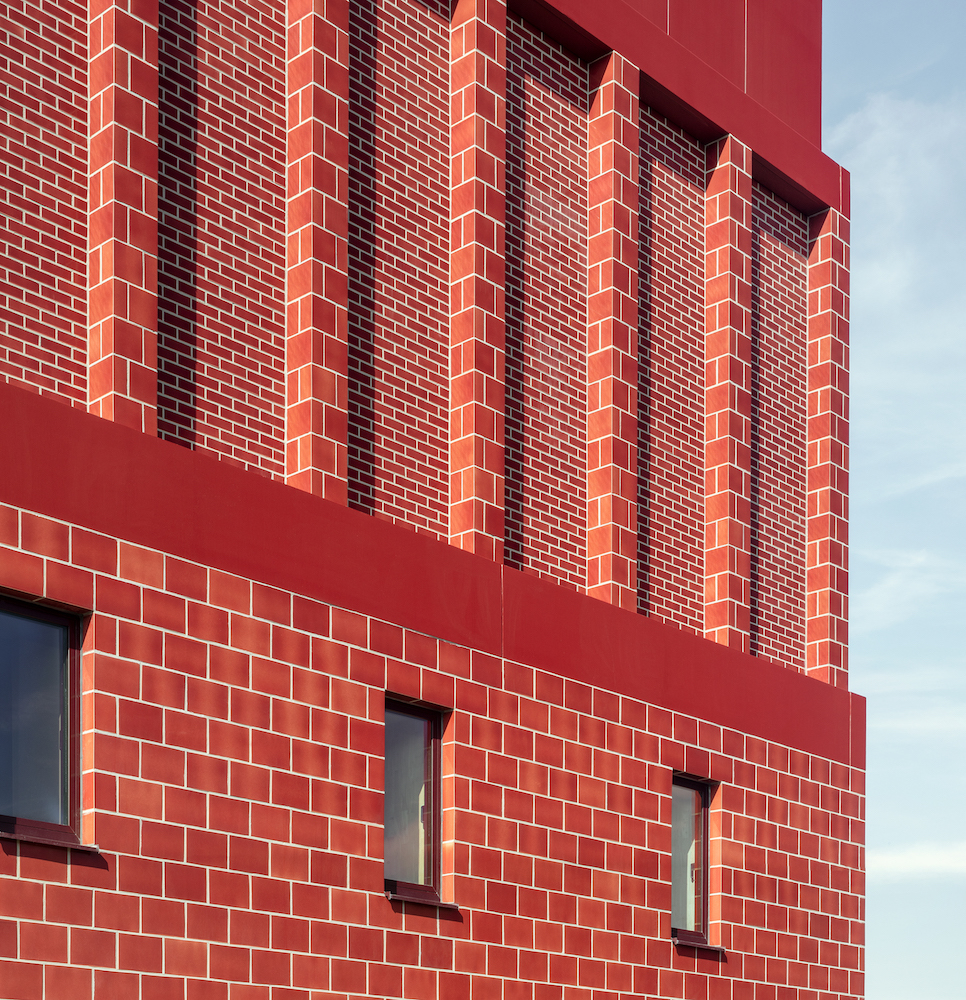 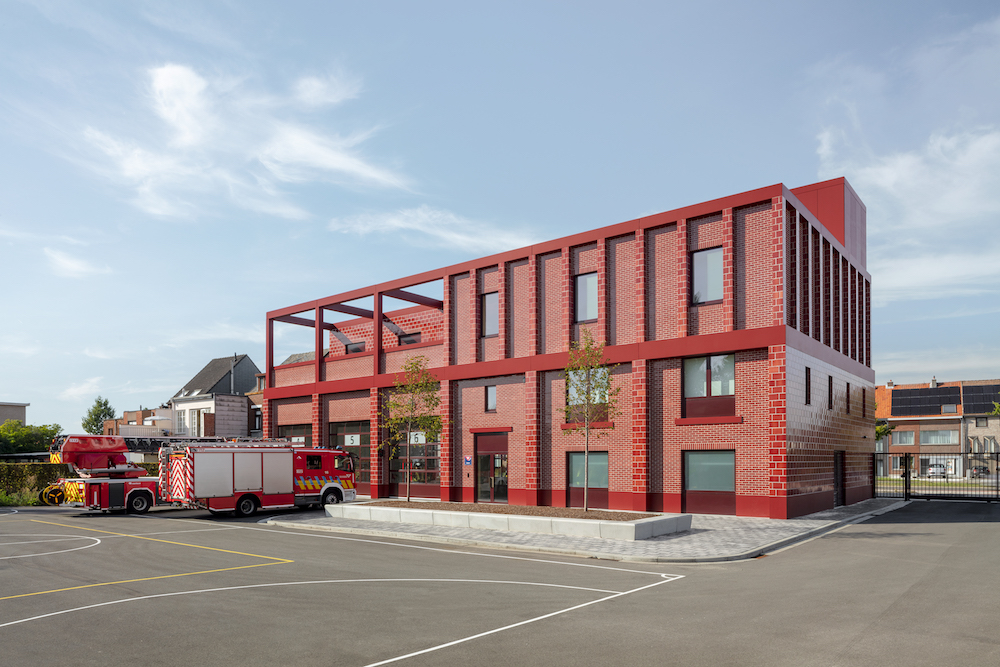 <
►
>
The fire station in Antwerp was designed by Happel Cornelisse Verhoeven, and is clad with bright red glazed brick. (Karin Borghouts)

Fire stations are by their very nature pragmatic structures; multi-axle gargantuan trucks must be able to draw in and out of the facility with ease, and crews of firemen require what is essentially a multipurpose home during their shifts. This utilitarian bent, at-least from the midcentury onward, manifests itself in boxy and often architecturally laconic edifices. However, a fire station in Antwerp, Belgium, designed by Dutch-firm Happel Cornelisse Verhoeven Architects (HCVA), questions this typology with a thoughtfully detailed, bright-red glazed brick facade arranged according to forthright classical proportions.

This is not the first fire station to be designed by a notable architecture and design firm; over the last half-century, Venturi Scott Brown and Associates’ Fire Station No. 4 in Columbus, Indiana, and more recently, Studio Gang’s Rescue Company 2 in Brooklyn, have made use of such commissions to highlight the significant impact of playful and subtle design decisions.

The two-story structure in Antwerp is framed by two separate grids of pilasters; those found on the ground floor divide the primary frontages into six bays, while those at the second story wrap the entire structure and form something of a colonnade when juxtaposed with the brick infill, which is set back by approximately a foot. In spirit with the traditional buttress, the brick piers are in fact self-supporting and additionally hold up the matte red spandrel and cornice. The infill bricks are pinned at certain points to structural inner walls and are stabilized by the pilasters.

“The brick bonds in the facade follow a simple tectonic idea in which the structural pilasters are made of large-format bricks and the recessed, non-load-bearing facade parts are made with a small thick-format stone,” said HCVA partner Floris Cornelisse. “The brick bond logically follows the shared dimensions between the large and small stones; for example, the length of the small stone corresponds to the height of the large stone and exactly three brick layers fit in the height of one large module stone.”

For the production of the brick, the design team signed Dutch glazed brick specialist St. Joris. The century-old manufacturer is noted for their intensive design assist with architects, and their collaboration proved essential here. Numerous tests were conducted to determine the ideal clay type; the number of perforations to optimize firing, and the ideal sheen of the custom glaze. Ultimately, the team opted for a primary clay with glazing applied in a pulsating manner to obtain a slightly variegated finish. All of the bricks were fired at once to ensure consistency.