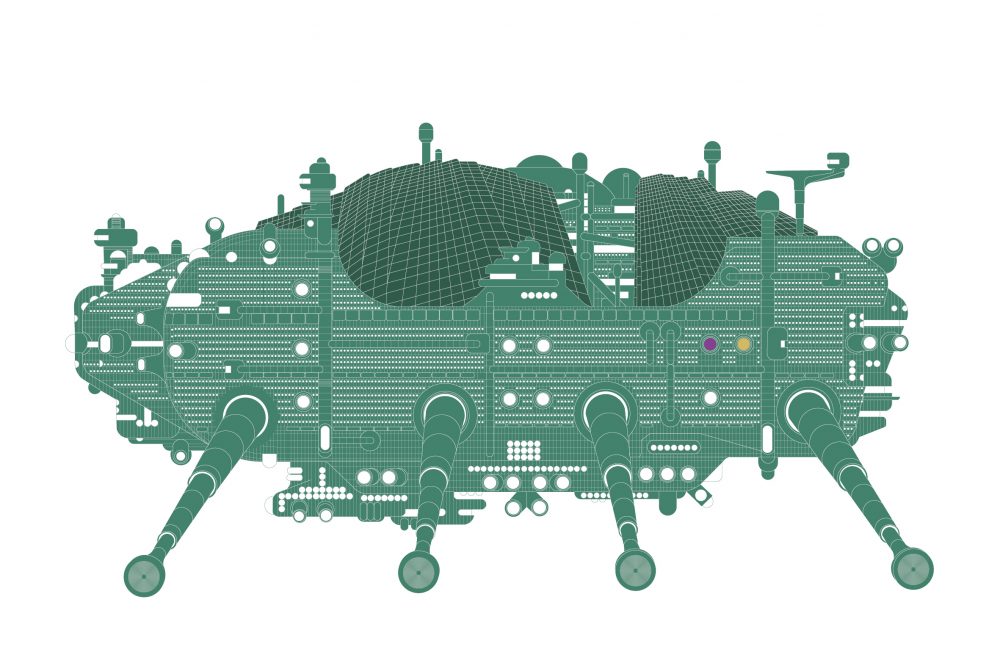 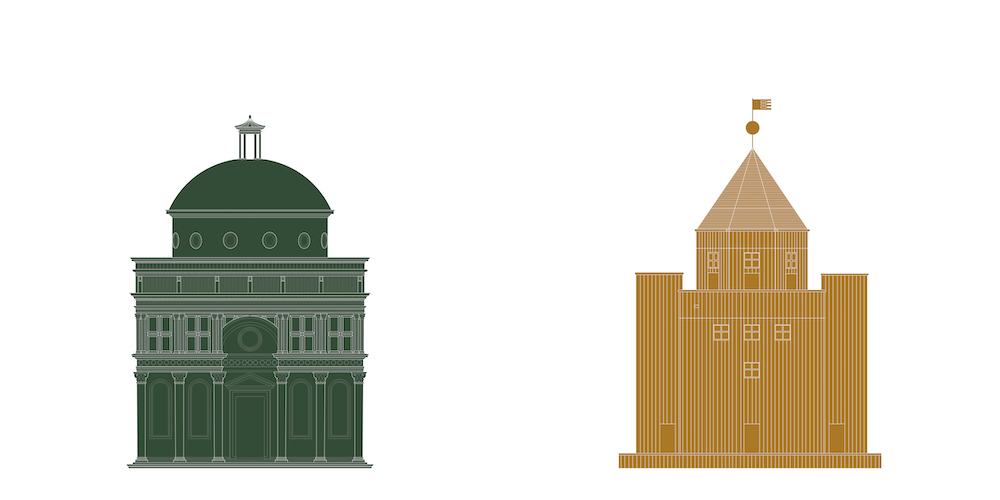 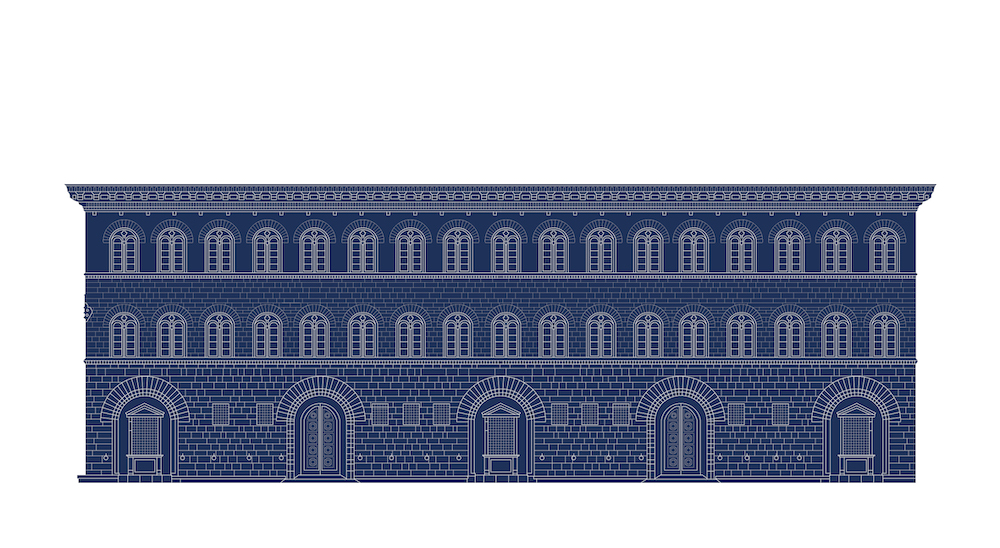 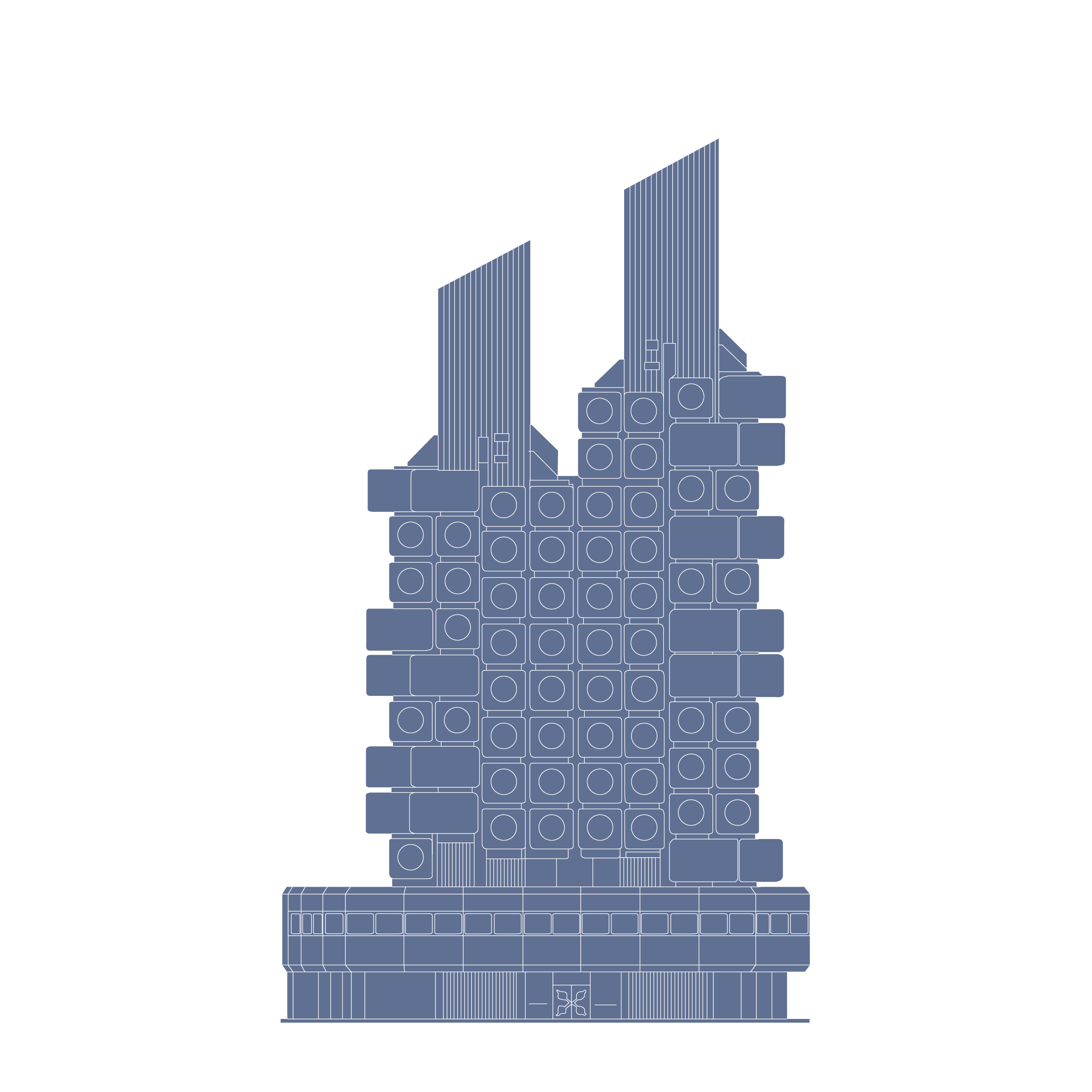 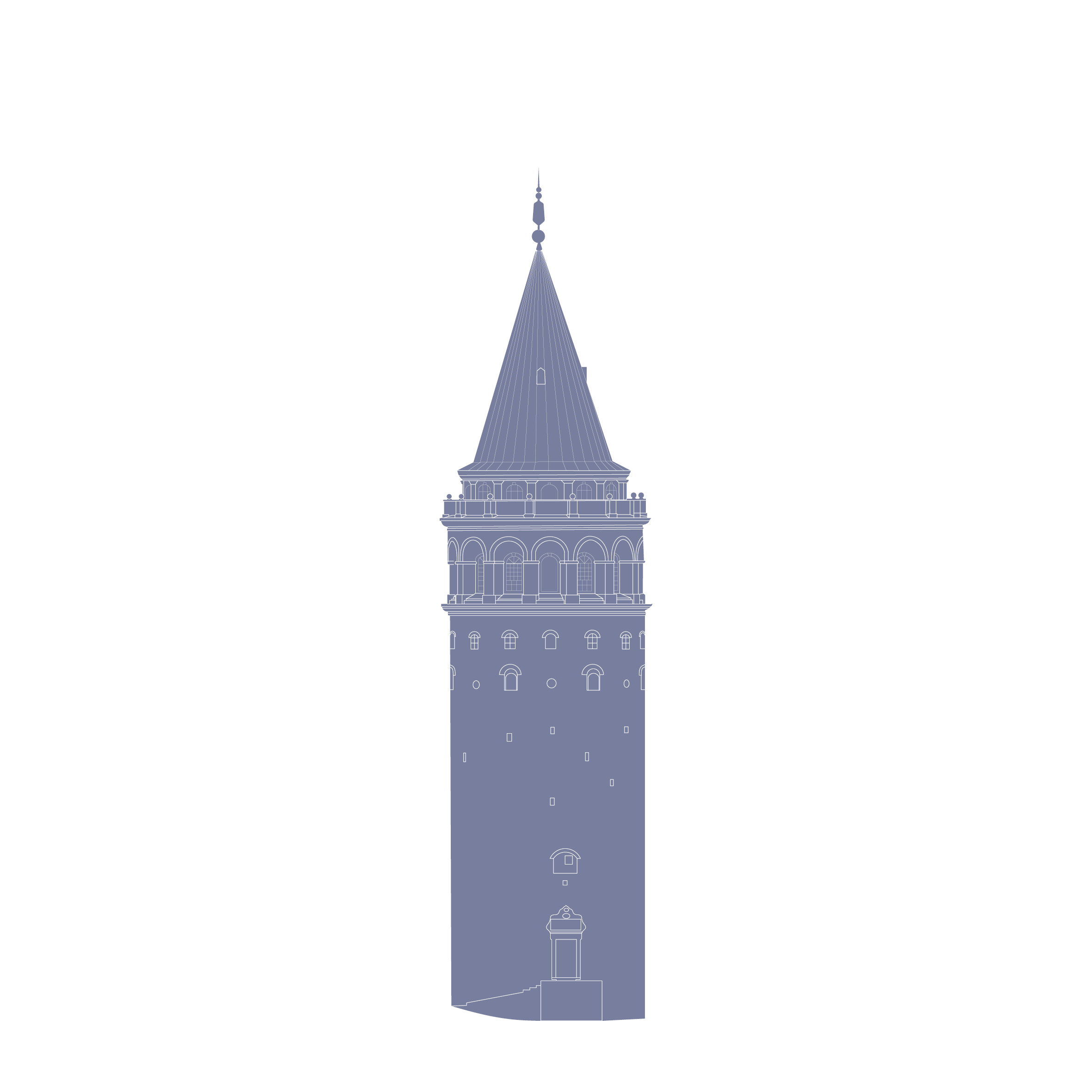 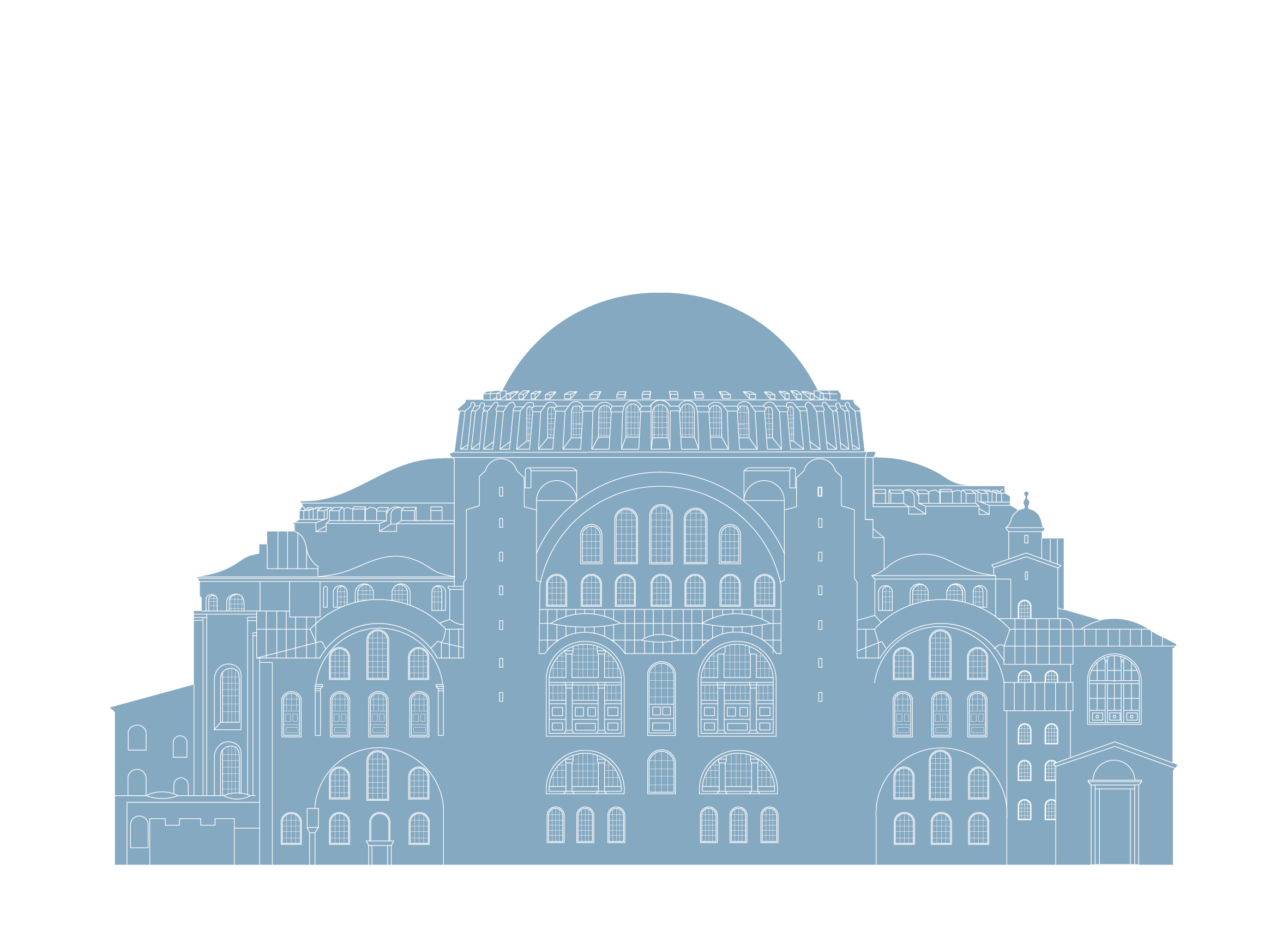 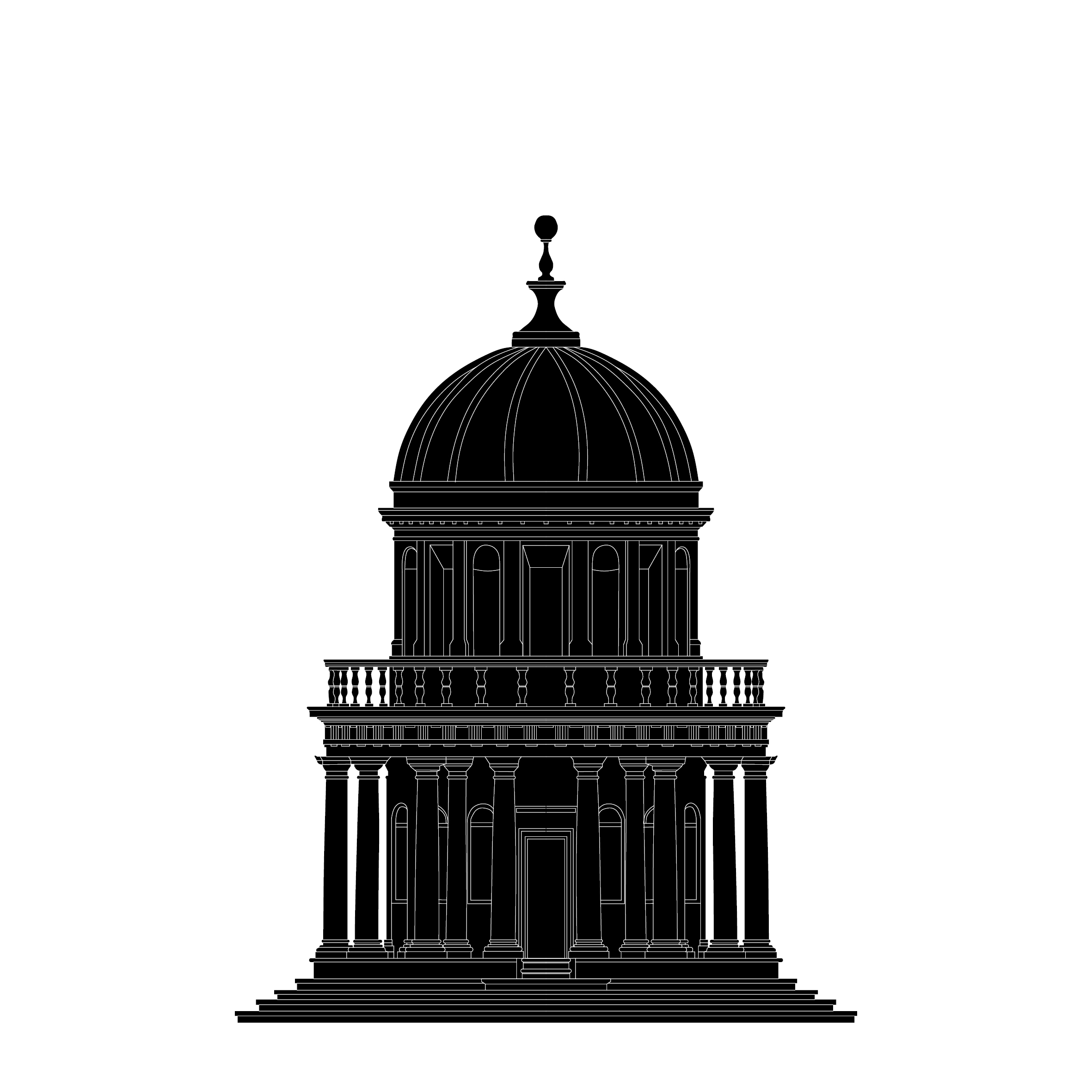 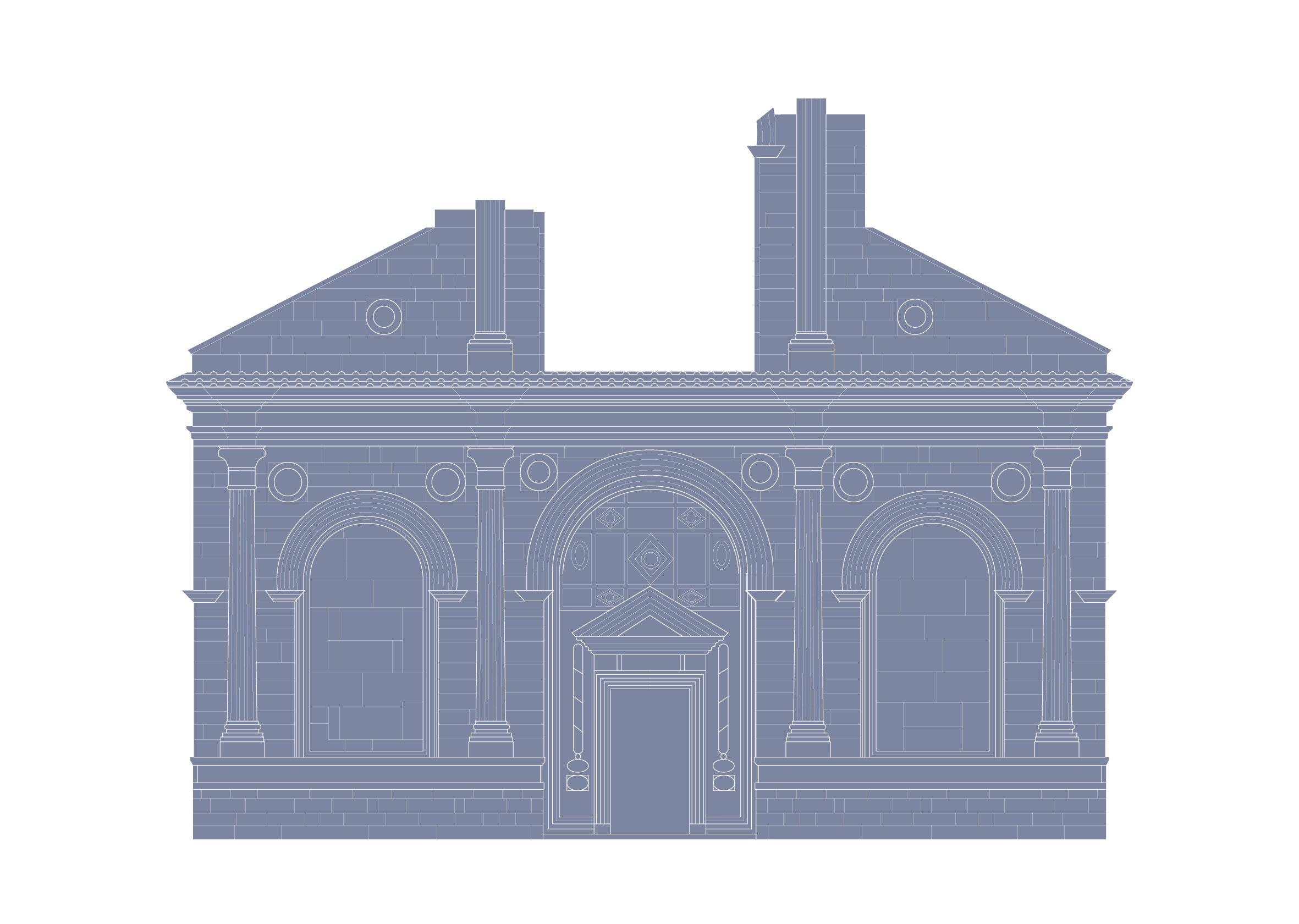 Christian Fankhauser, a recent graduate of Switzerland‘s École Polytechnique Fédérale de Lausanne, spends much of his spare time drawing facades from different periods, movements, and countries, and he has made a colorful Instagram account that has become a sort of repository of architecture across history. Through sketching a broad range of architectural landmarks, Fankhauser hopes to compare their common elements and stylistic lineage. To better understand the commonalities between structures, Fankhauser attempts to “remove the idea of scale, materiality, and paradoxically color, to focus on the proportions, the geometry, and the link between the elements constituting the facade.”

For the sketches, Fankhauser turns back toward Renaissance architecture, with a preference for buildings that began with the facade as an outward projection of the patron or owner’s prestige. Projects sketched by Fankhauser range from the 15th to the 20th centuries. Renaissance works, such as Leon Battista Alberti’s Santa Maria Novella (1458) and Andrea Palladio’s Villa La Rotonda, are simply etched; Ionic, Corinthian, and Doric orders are clearly discernible without the florid animation of flowing acanthus leaves or spiraling volutes. Similarly, the drawings forgo the play of light and shadows that define these Early Renaissance works; porticos, colonnades, and alcoves, are two-dimensional elements of the same shade and color as the rest of the assemblage.

The purpose, or methodology, of the sketches crystallize’s with structures of greater height and asymmetrical massing. Under normal circumstances, one is hard-pressed to find similarities between Giles Gilbert Scott’s Battersea Power Station (1939 & 1955) and Mimar Sinan’s Süleymaniye Mosque (1558). Compressed into a smoothly digestible format, the towering smokestacks bear a similarity to the spiked minarets of Istanbul’s largest mosque, albeit with a boxier and less staggered base. This approach does veer in a slightly different direction with the playfully drawn renditions of Neo-Futurist designs such as Kisho Kurokawa’s Nakagin Capsule Tower (1972) or Archigram’s Walking City (1964).

Going forward, Fankhauser intends to catalog his sketches into a larger book and potentially introduce lithographic prints. More of his sketches are available on his Instagram page.