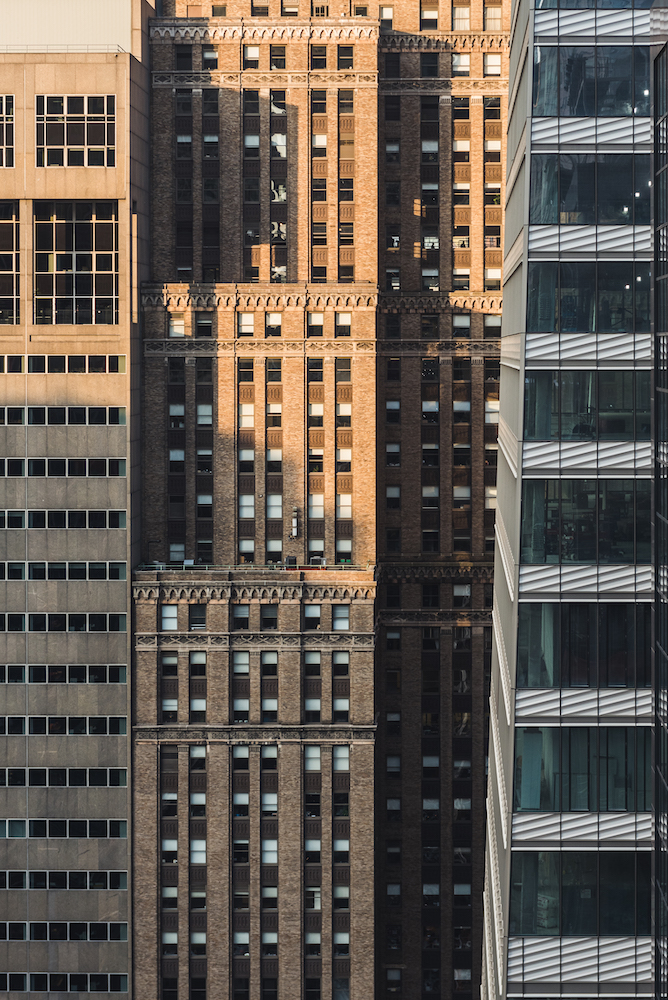 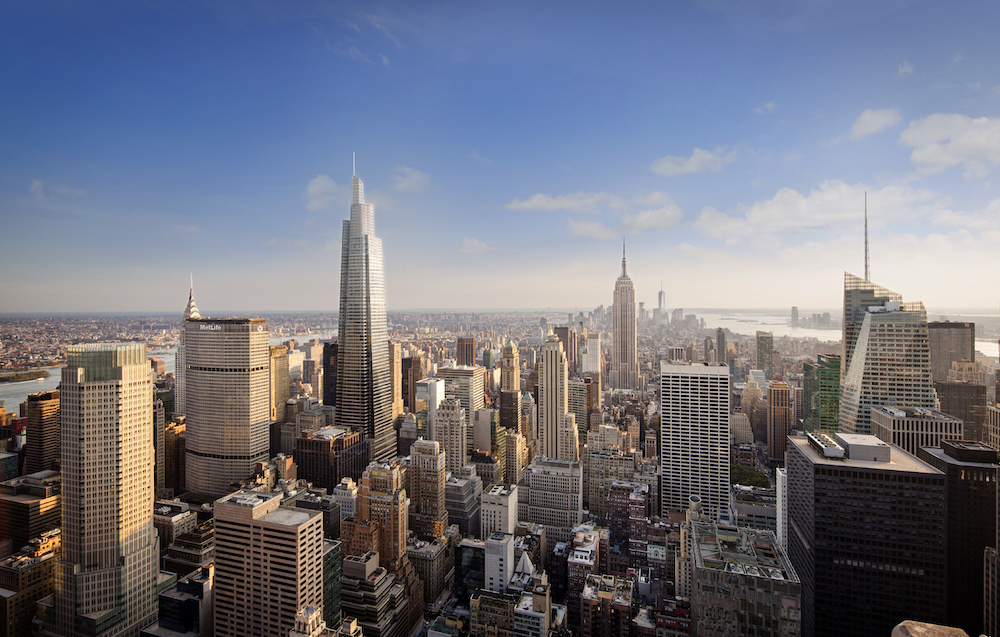 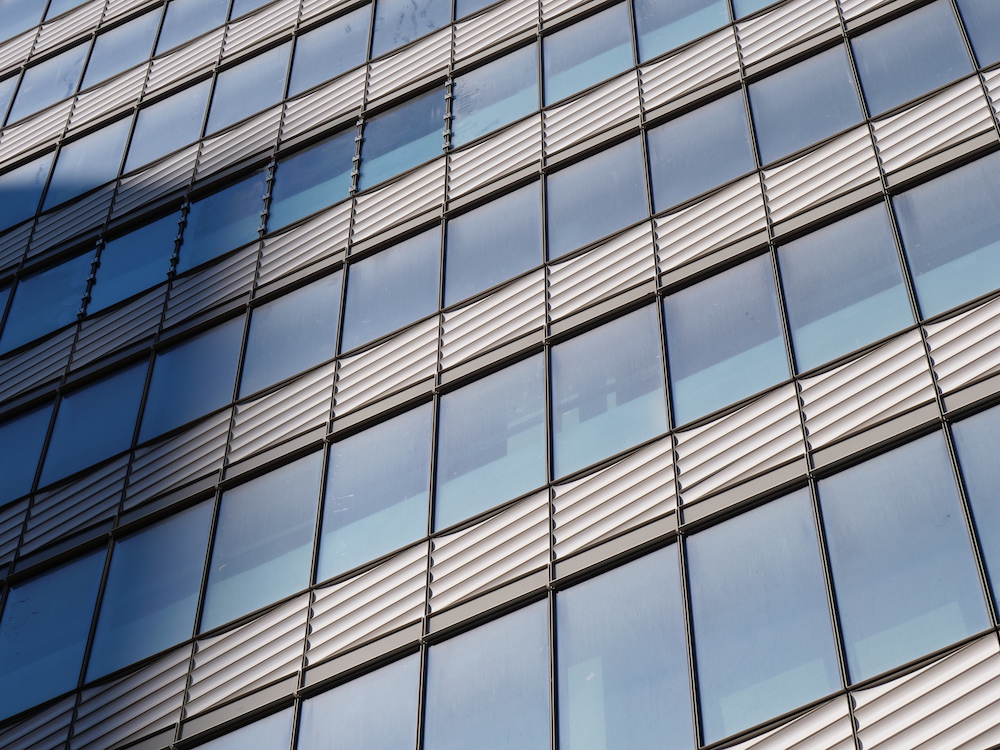 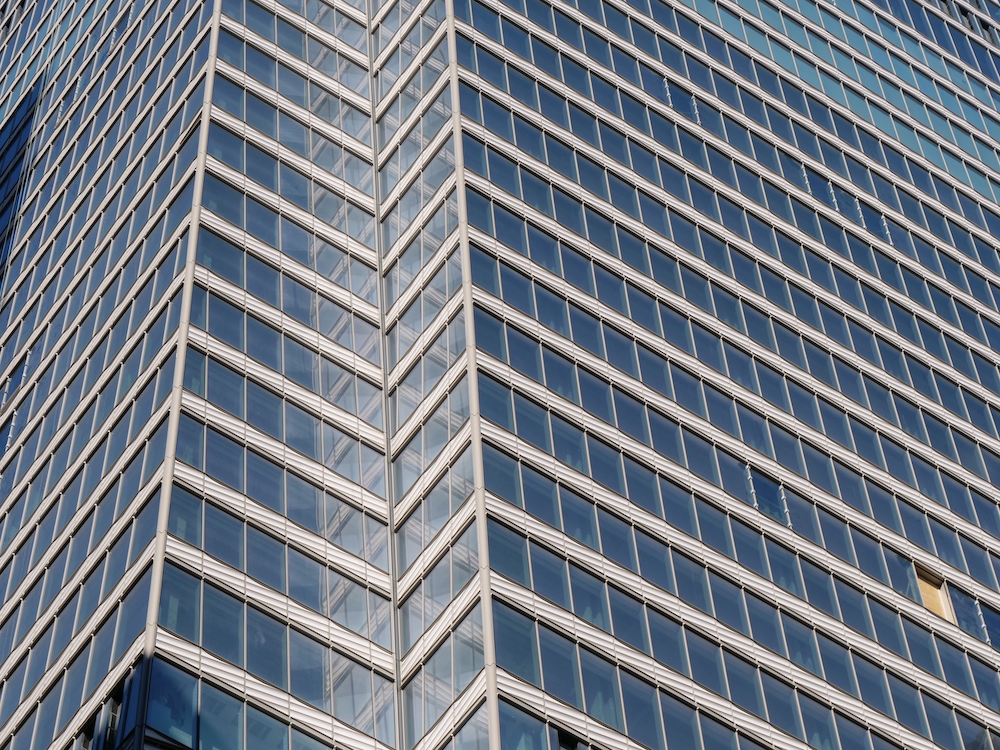 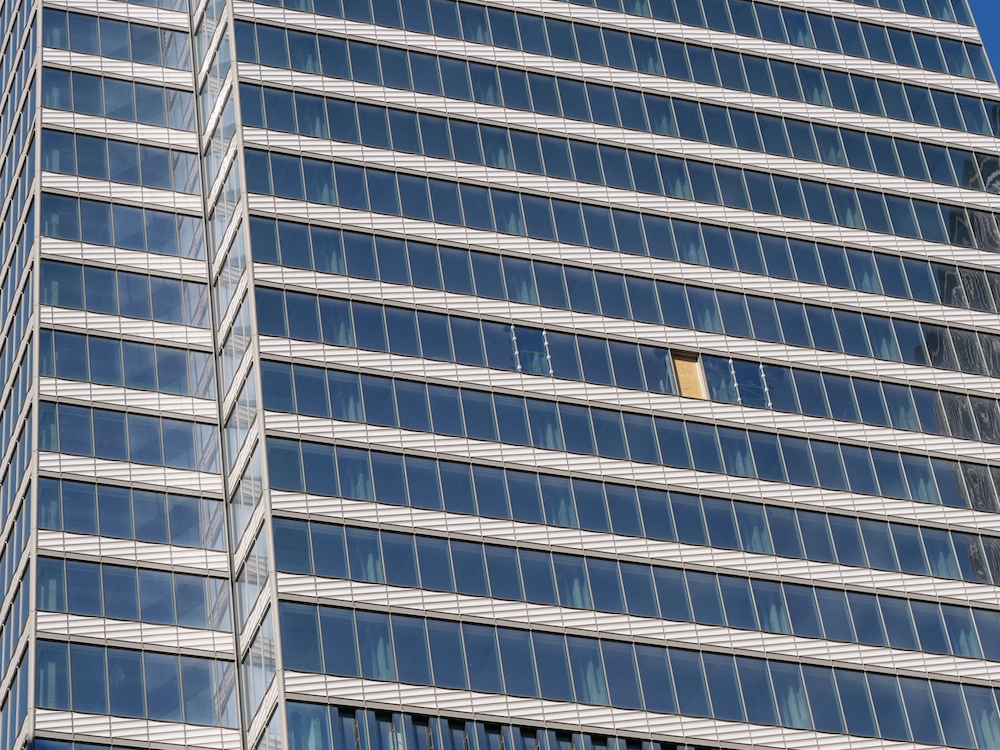 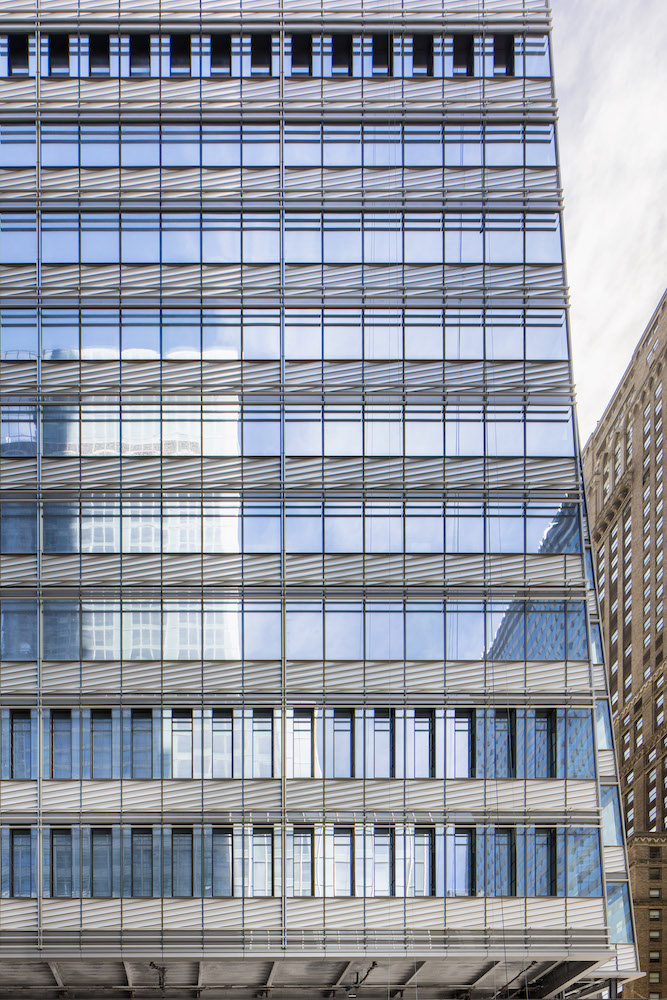 <
►
>
Each spandrel panel is approximately 5-feet wide and was treated with a custom glaze. (Matthew Marani/AN)

One Vanderbilt, designed by Kohn Pedersen Fox (KPF), is not a subtle project; the tower topped out in September 2019 and rises from an entire city block with a behemoth massing to a height of just over 1,400 feet. The tower is visible across the metropolitan region, from the New Jersey Meadows to the Bronx-Queens Expressway, and stands out from the pack with spandrels of fluted terra-cotta and canted glass panels.

The building is located in the heart of Midtown, standing immediately adjacent to Grand Central Terminal and surrounded by turn-of-the-century office towers—approximately half-a-dozen historic structures met the wrecking ball to make room for the project. For KPF, this context, and perhaps the acts of destruction required in the act of creation, led to two primary design objectives: An accessible podium with an engaged street wall on all four elevations, and a material palette that kept with Terminal City. As noted by KPF design principal Jeffrey Kenoff, “Our use of terra-cotta echoes the work of Guastavino at Grand Central, while the bronze podium allows the building to nest into a Midtown patina.”

Excavation of the site began in 2016 to make way for one of the city’s largest concrete pours, with the foundation requiring approximately 4,000 cubic yards of concrete. Since then, construction manager AECOM Tishman and facade installer and fabricator Permasteelisa have proceeded at a dizzying pace. According to David Mangini, Permasteelisa North America’s project office leader, the team typically installed four floors per month using a mini-crane projected from the floor slab above. The unitized panels were fabricated at Permasteelisa Group’s factories in Connecticut and Montreal and were shipped to the site by New Jersey-based superload logistics specialist Farren International.

Buffalo-based manufacturer Boston Valley Terracotta (BVTC) produced the tower’s architectural terra-cotta and was involved in its modeling since the concept design phase. There are two custom glazes, resulting from half-a-decade of collaboration between BVTC and KPF, applied to the tower’s terra-cotta panels; a darker glaze for the larger soffit tiles and a light, high-gloss glaze used for the curtain wall spandrels. The bulk of the tiles were extruded—the clay was forced through a steel die to produce a hollow cored unit which is subsequently cut, dried, and fired.

In total, there are over 2,400 soffit tiles, which measure 5′-0″ x 2′ – 6″, and 26,000 spandrel tiles, which have a standard width of approximately 5 feet. Each diagonally-oriented flute is just over a foot in height, and are split by approximately two-inch seams. The tiles are held by a straightforward system of mullions and stack joints, however, special attention was paid to areas that incorporate natural-ventilation components.

The canted glass panels run the same width as the spandrel tiles and were produced by Tvitec Spain and treated with Guardian SunGuard HP Neutral 50/32. Each IGU module is composed of a 3/8″ outer lite, a 1/2″ air space, and an inner lite of two 1/4″ panes.

The project is scheduled to wrap up in 2020.