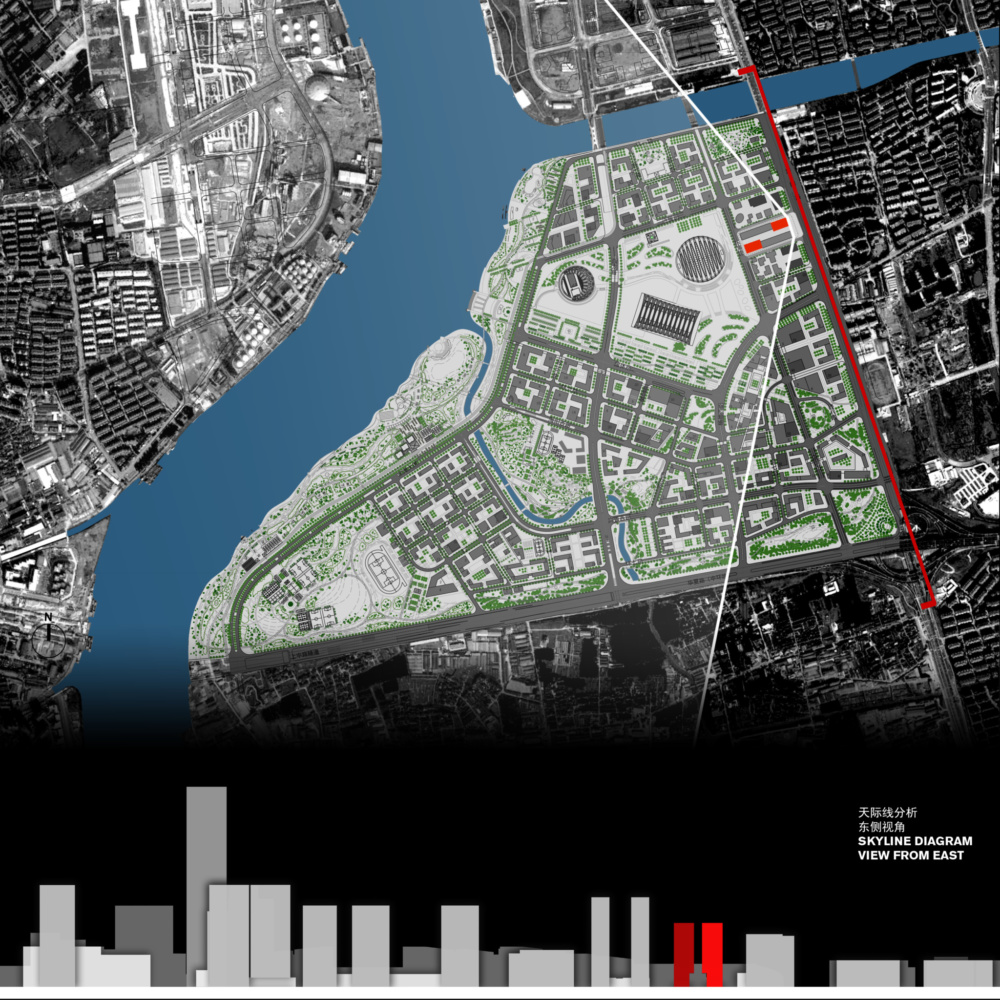 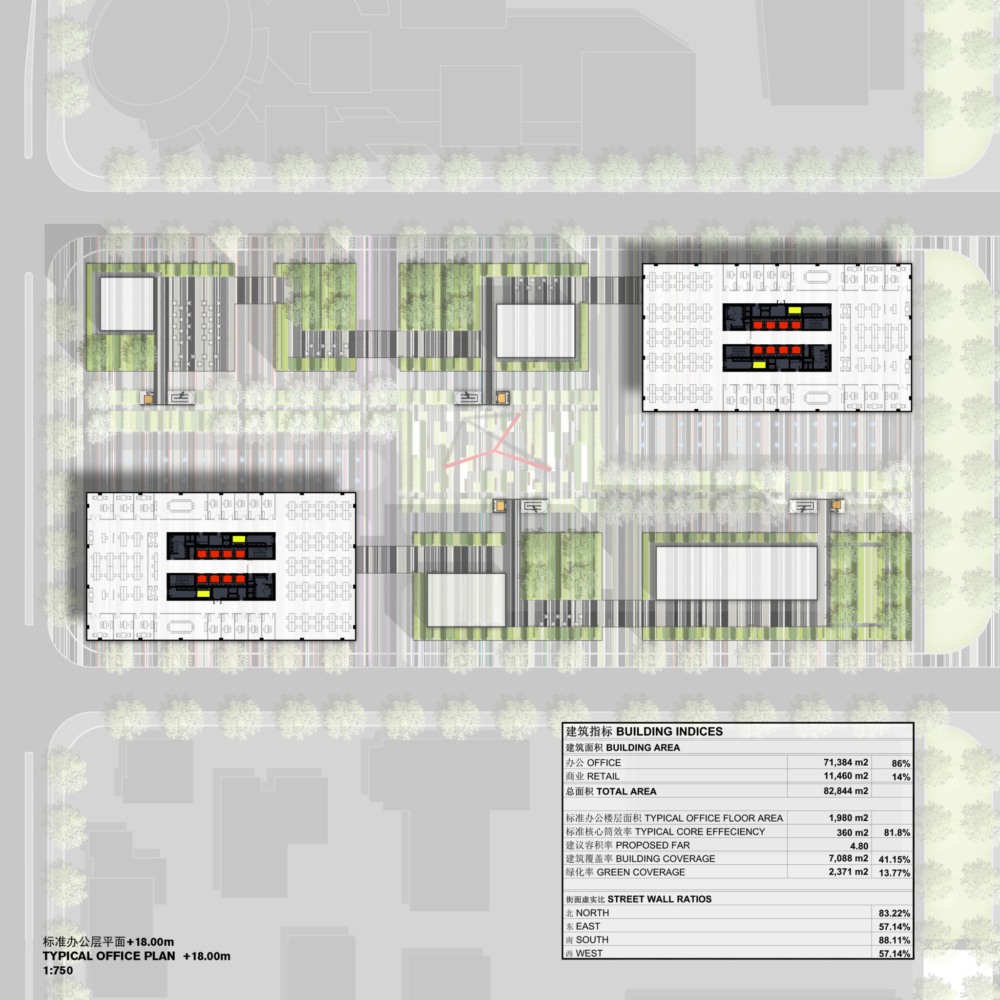 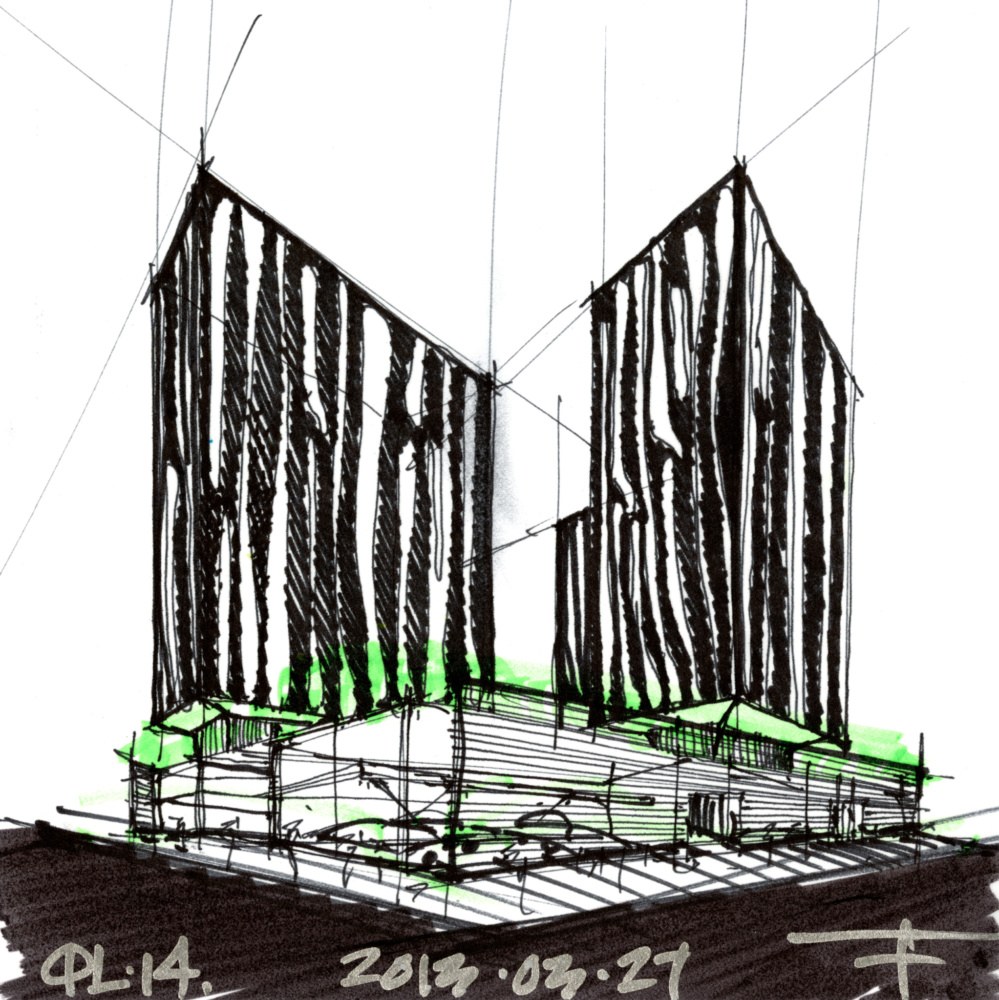 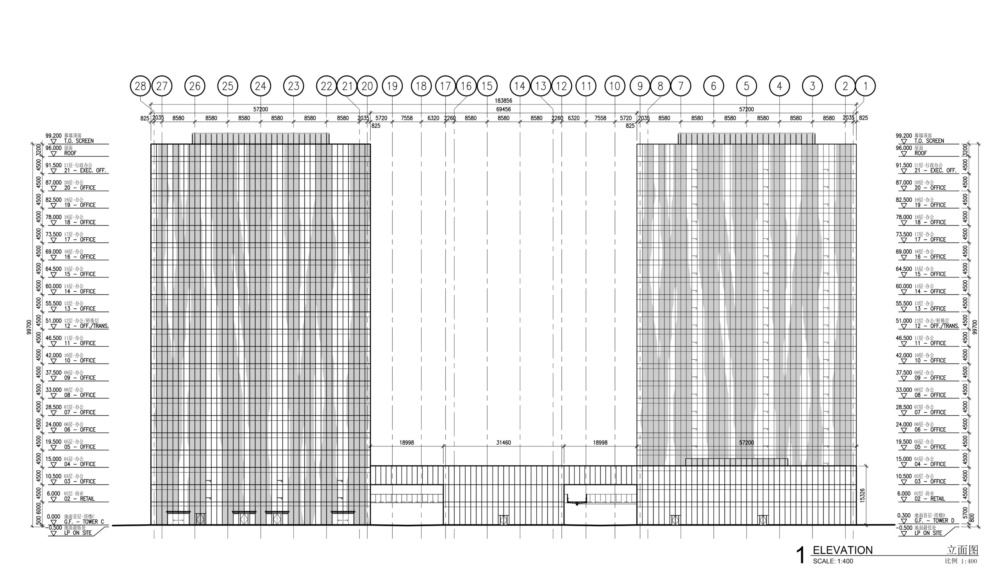 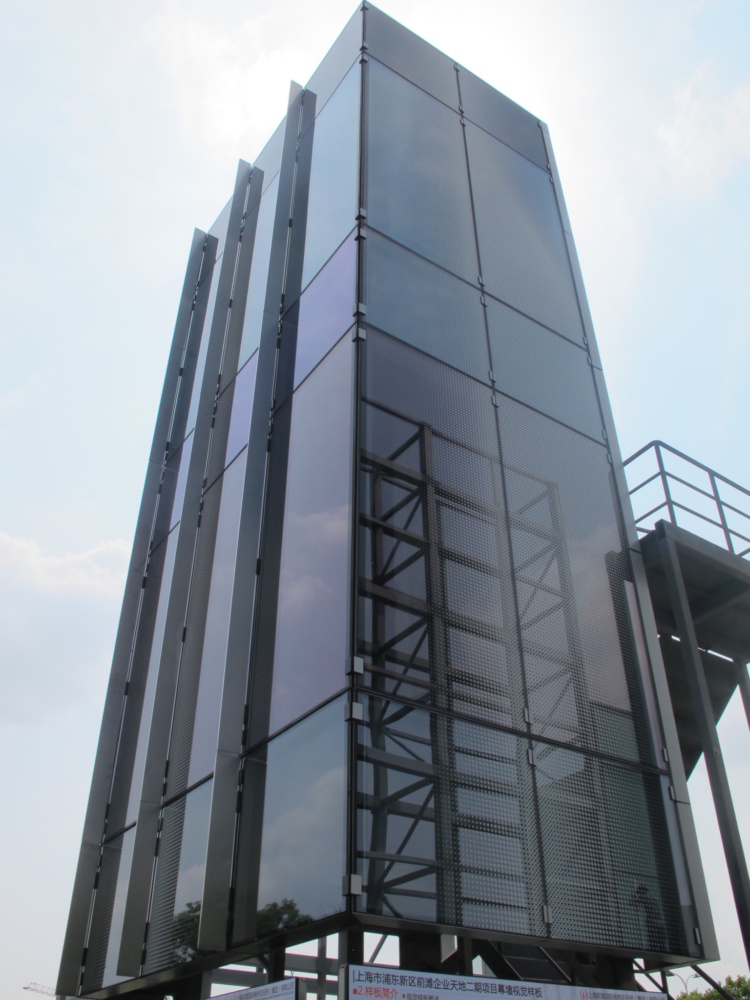 The district of Pudong in Shanghai has exploded over the last two decades with approximately 10 percent annual population growth, while the city’s skyline has soared eastward to the East China Sea. FGP Atelier, a Chicago-based firm founded by Francisco Gonzalez-Pulido, has imprinted its distinctive style in the district with the Land Rover tower-and-retail complex featuring a ceramic fritted glass facade.

The complex is spread over a 185,000-square-foot campus, with the two 21-story towers located on the northeastern and southwestern corners.

The ceramic frit pattern, which extends from the towers to the two-story retail spaces ringing the development, is both practical and symbolic. Covering up to 35 percent of the facades, the ceramic pattern is a sun filter that also conceals interior support columns and other infrastructural details. Symbolically, the diaphanous pattern evokes the dense foliage of China’s bamboo forests.

“The organic feel that results balances the regularity of the plan and allows the building to change as light hits the various surfaces in different manners,” said Gonzalez-Pulido. “This transformation is particularly present as the sun sets and the building glows from within.”

Produced by Chinese-manufacturer Yuanda, the custom glass unitized curtain wall consists of a triple layer laminated design, with the ceramic pattern in the third layer. Because making every 5-by-15-foot facade panel unique would be too expensive, FGP Atelier arranged 52 patterns with a parametric design tool that mirrored and rotated different panels into a rationalized layout.

While the overall approach remained consistent throughout the design process, shifting government mandates forced the design team to regularly go back to the drawing board. Originally, FGP Atelier wanted facade panels to be over 50 percent covered by the ceramic frit. However, governmental concerns regarding the quality of Chinese ceramics dictated that at most only half of each panel could be covered. The design team addressed this challenge by hollowing larger ceramic components while maintaining the original pattern.

As the project moved forward, another spanner was thrown into the works by the local regulatory body. Because of concerns regarding the reflectivity of the glass curtain wall, Shanghai’s building department dictated that FGP Atelier incorporate stainless steel fins—a reflective material—to dampen the iridescence of the curtain wall. To reduce the obtrusiveness of this element from the otherwise smooth facade, the design team opted for black-coated stainless steel, which effectively mirrors the pattern of the ceramic frit.