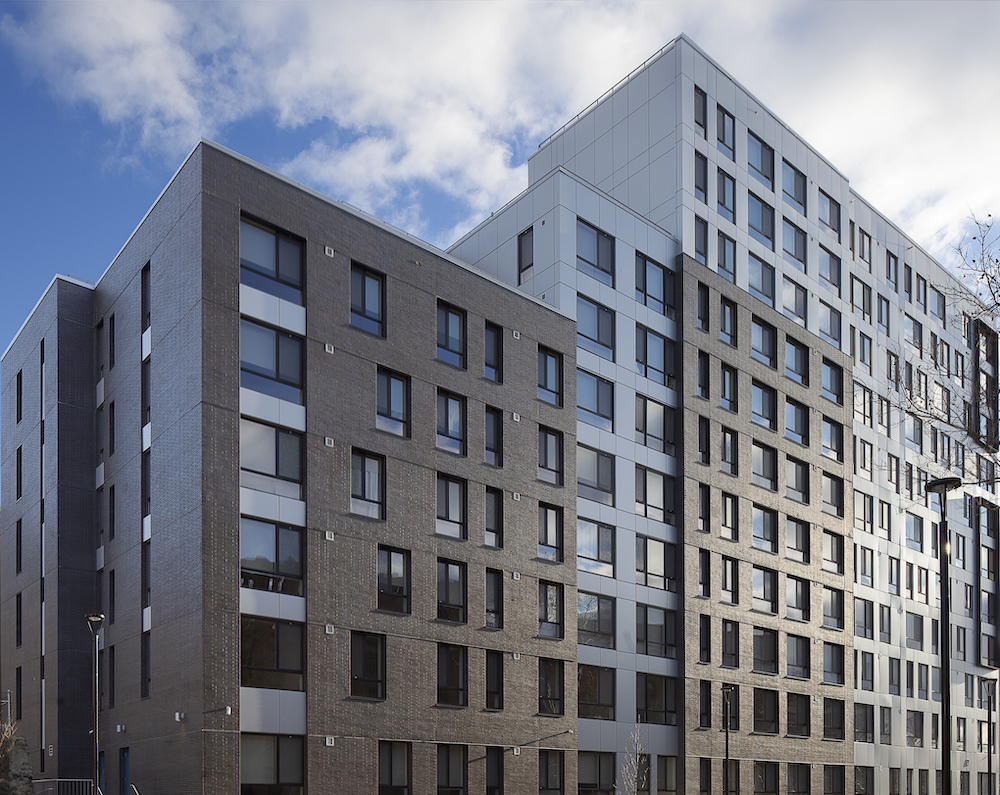 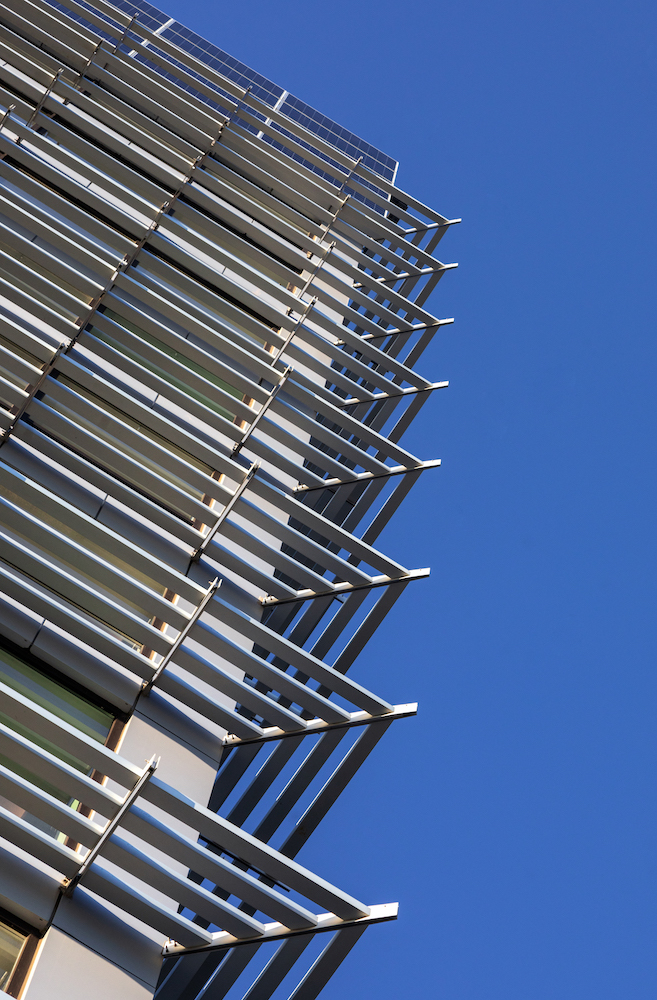 The design and construction of affordable housing in New York is a formidable task; between labor and material costs, and the hurdles of municipal zoning and housing regulation, even the grandest of projects are budget engineered into imitations of the original concept. Magnusson Architecture and Planning’s (MAP) St. Augustine Terrace, a low-income residential tower located in the Bronx, challenges that trend with a thoughtful design consisting of dark brick and matted aluminum composite panels.

Over the last three decades, MAP has led a broad range of affordable housing projects across New York City and the Hudson Valley. St. Augustine Terrace is located just south of Cortona Park in the Morrisania neighborhood, the project and joins the practice’s particular focus on urban regeneration in the Bronx—the building was also awarded a merit in the 2020 AIANY Design Awards, an AIA New York State Design Award, and an AIA Tri-State Architectural Excellence Design Award.

The tower rises on the triangular plot of the former site of the Church of St. Augustine, which was demolished in 2013 after decades of decay stemming from a dwindling congregation. In total, the project provides 122 affordable housing units, of which approximately a quarter are devoted to adults with mental illness.

The elevator lobbies of each floor are located on the primary south elevation and provide views of the Manhattan skyline through significant glazing bays. To mitigate glare, MAP wrapped each elevator lobby with a four-ringed set of brise soleil produced by Kawneer.

“We designed the sunshades to wrap around the entire glazed portion of the elevator lobby from very early in the design phase, and sized them so that they would shade a majority of the floor-to-ceiling glazing during peak sun hours in the hottest months of the year,” said the MAP design team. “We typically work these calculations out through drawing sections, calculating the angle of the sun at several points in the year, and sometimes with schematic sun studies.”

Outside of the significant glazing on the south elevation, the bulk of the tower’s cladding is composed of aluminum composite and brick. The aluminum composite panels are just over an eighth-of-an-inch thick and are arranged in alternating bands of dimensions; narrow panels line spandrels while those of larger height span from floor to ceiling. The tower’s Roman-style bricks are in keeping with the surrounding turn-of-the-century context and are arranged according to a standard running bond.