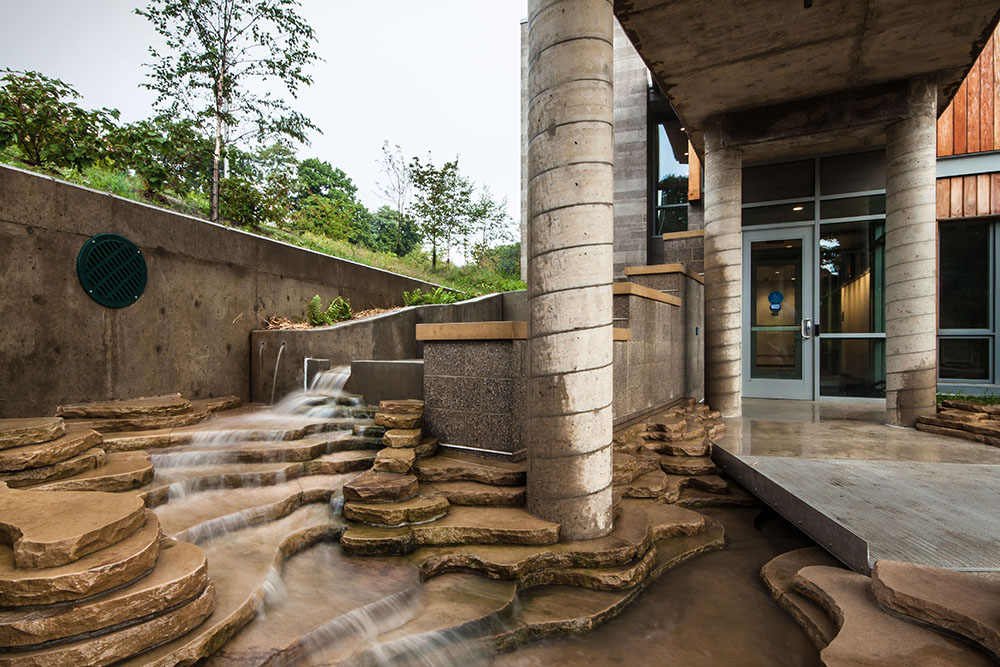 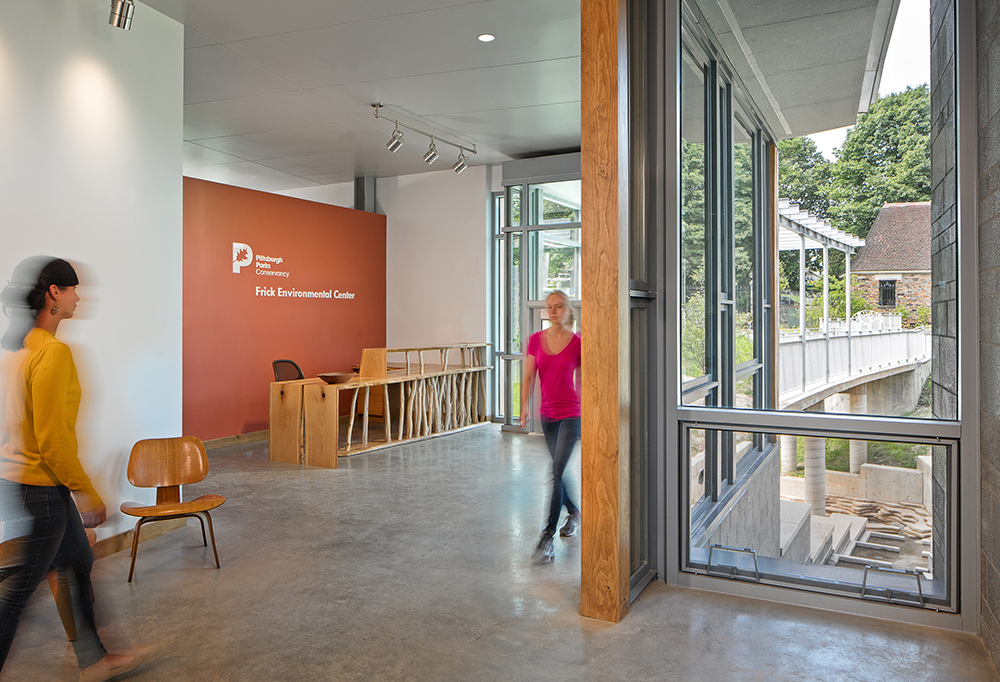 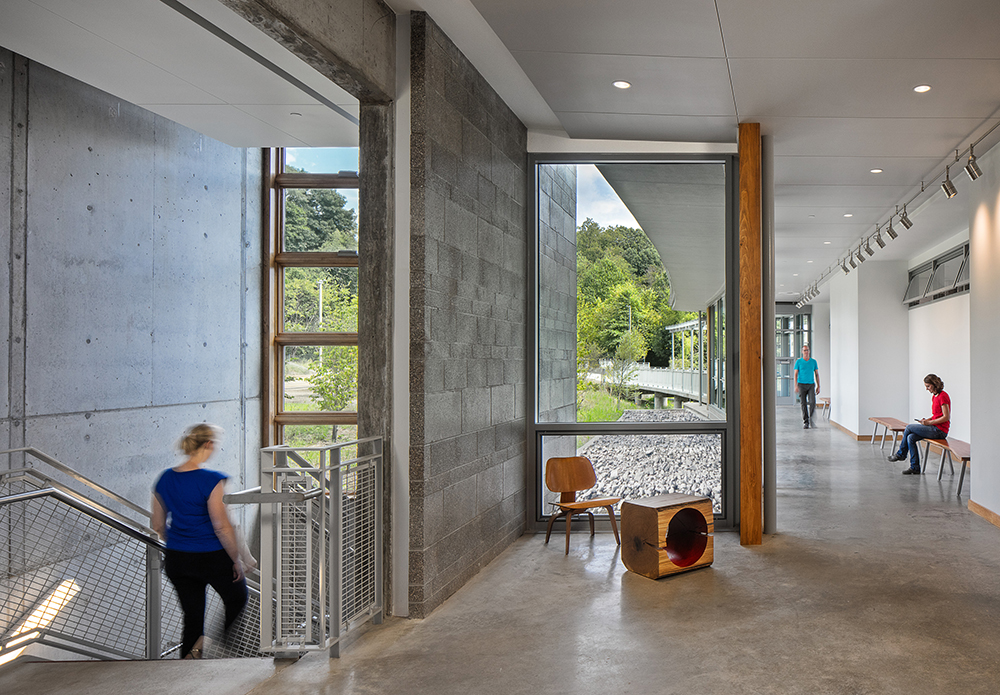 The 16,000 square-foot Frick Environmental Center was designed by architectural firm Bohlin Cywinski Jackson (BCJ) and opened to the public in 2016.

Work on the center began in 2011 with the construction of a comprehensive geothermal system, consisting of 18 bores at a depth of 520 feet, capable of heating and cooling the center to contemporary standards. The energy-neutral insulation of the Frick Environmental Center is aided by its northern elevation nestling into an adjacent hillside.

The curtain wall is largely composed of locally harvested black locust wood panels and full-height strips of glazed glass. Designed as reverse board and batten siding by BCJ, the black locust panels are placed atop fiber glass z-girts, a layer of mineral wool insulation, air and moisture barriers, followed by a stud-wall structure.

The ground face block, consisting of the central stair tower and mechanical floor level, is a cast-in-place concrete structure.

Surrounding the curtain wall is a band of pilotis supporting a sprawling roof. The use of expansive overhanging eaves allows for the natural cooling of the structure as well as the continued use of balconies during inclement weather. Additionally, the sheer size of the roof plays a significant role in the Frick Environmental Center’s rainwater collection goals.

The Frick Environmental Center is located in the 644-acre Frick Park, Pittsburgh’s largest, and is open to the public.