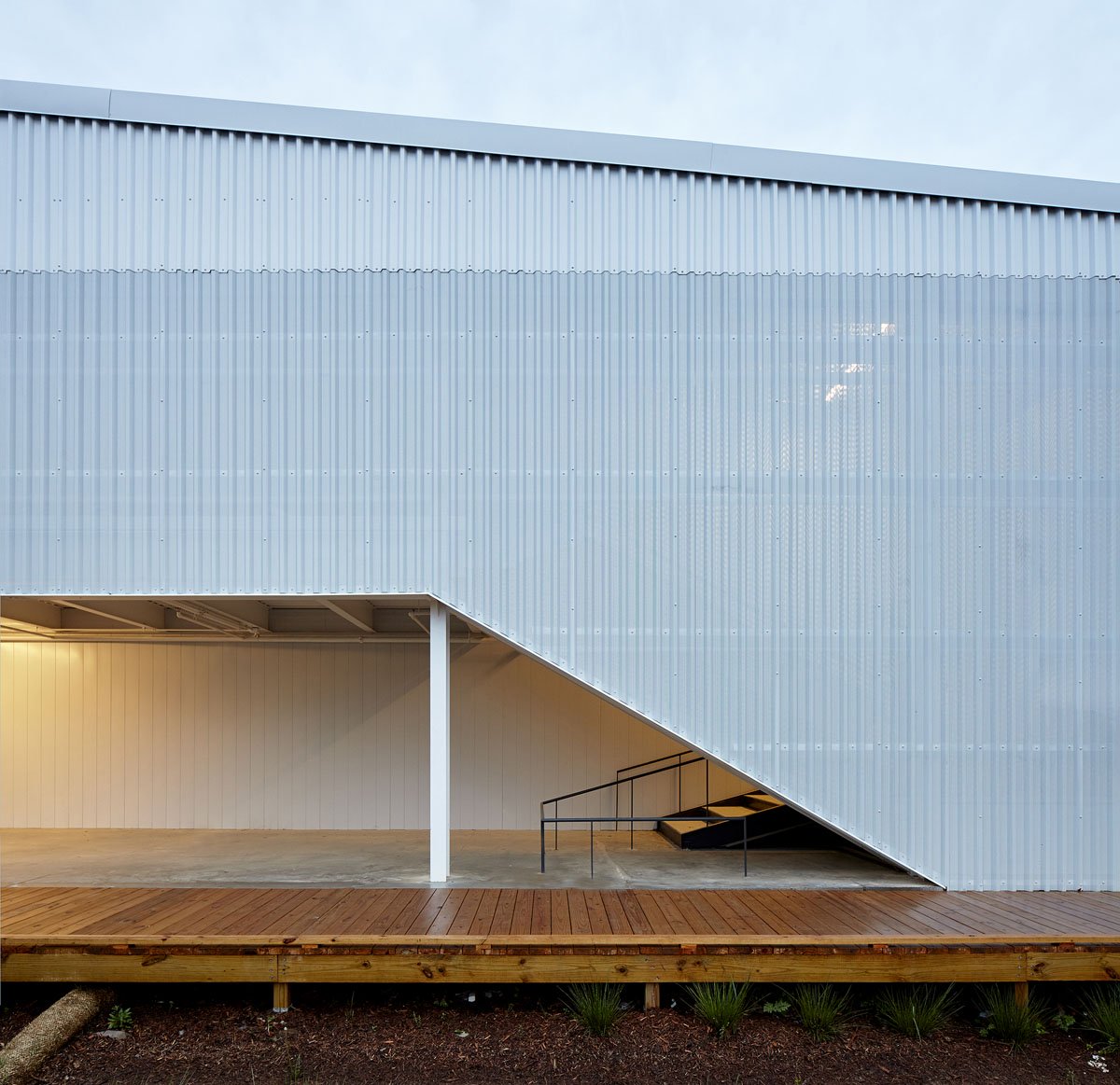 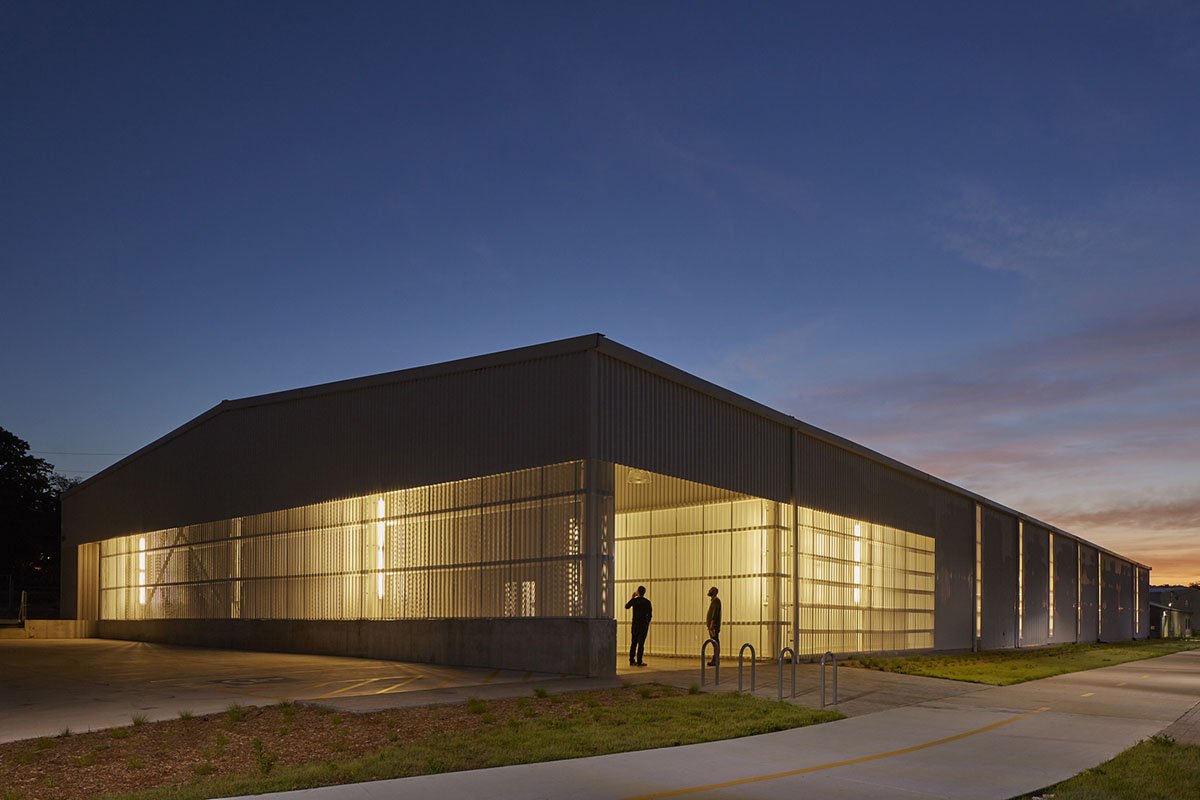 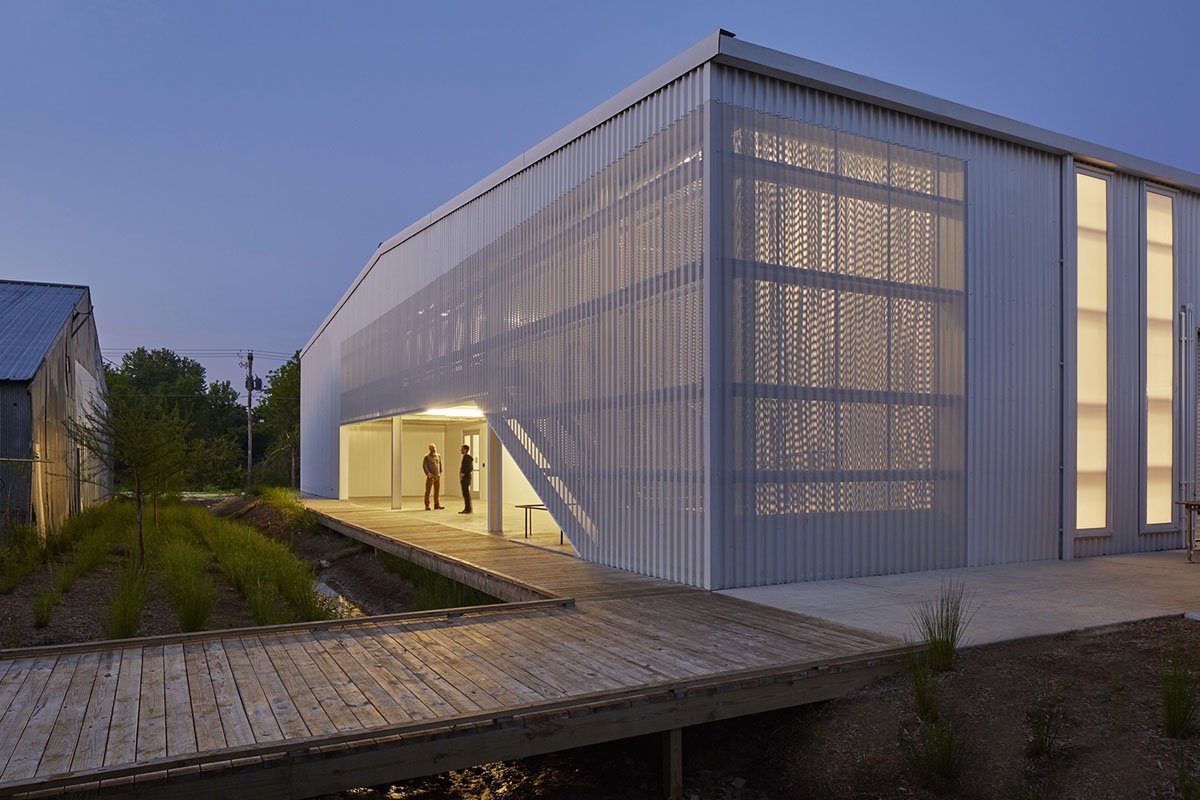 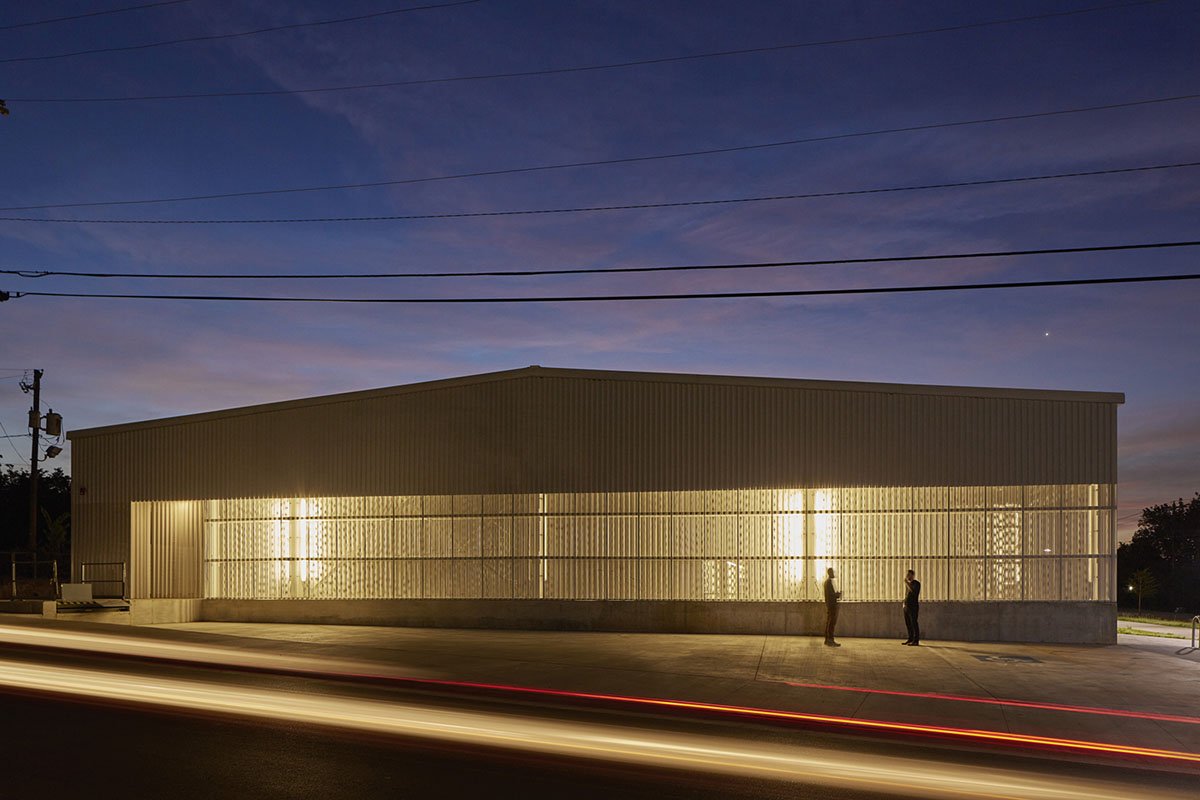 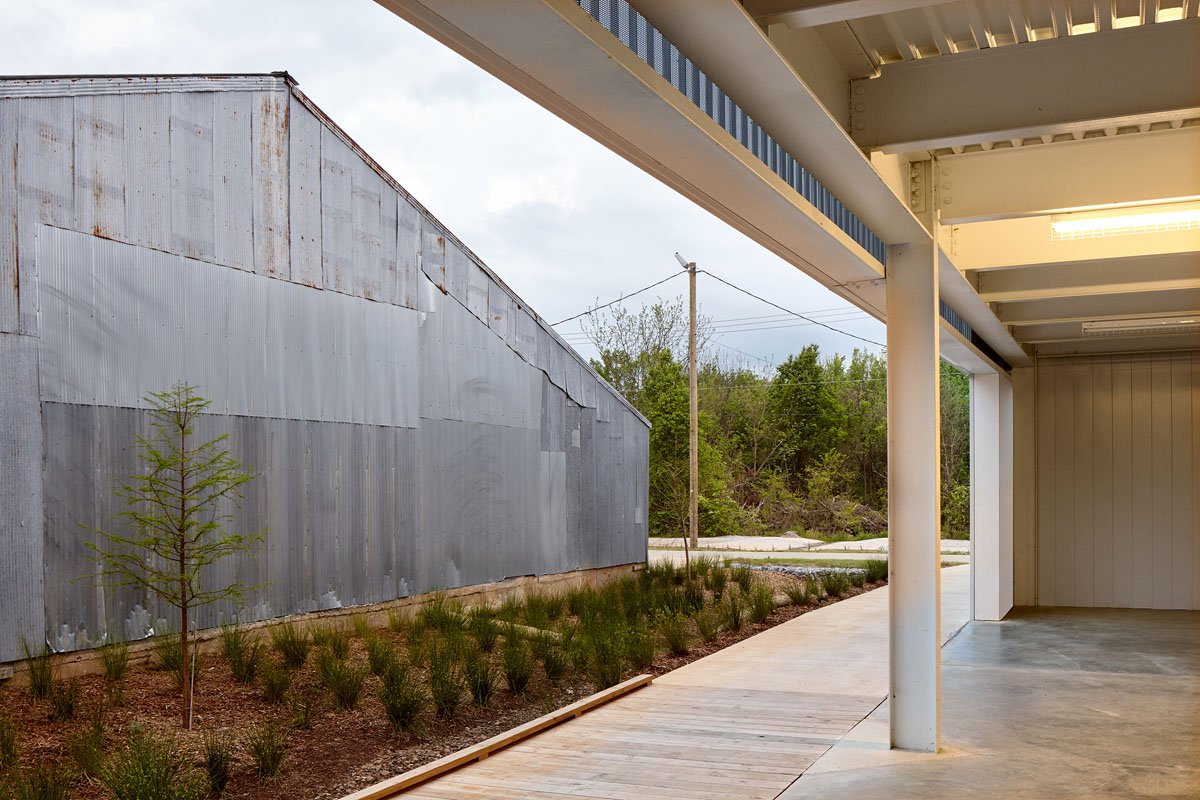 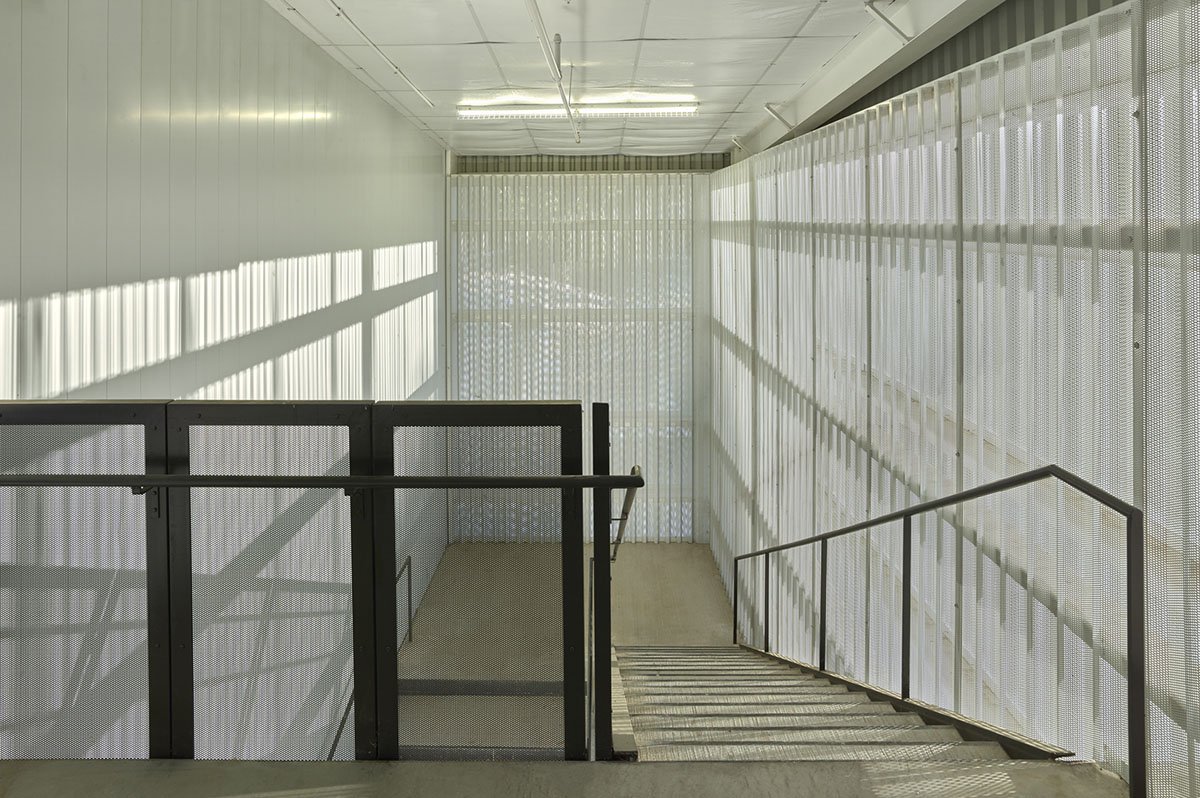 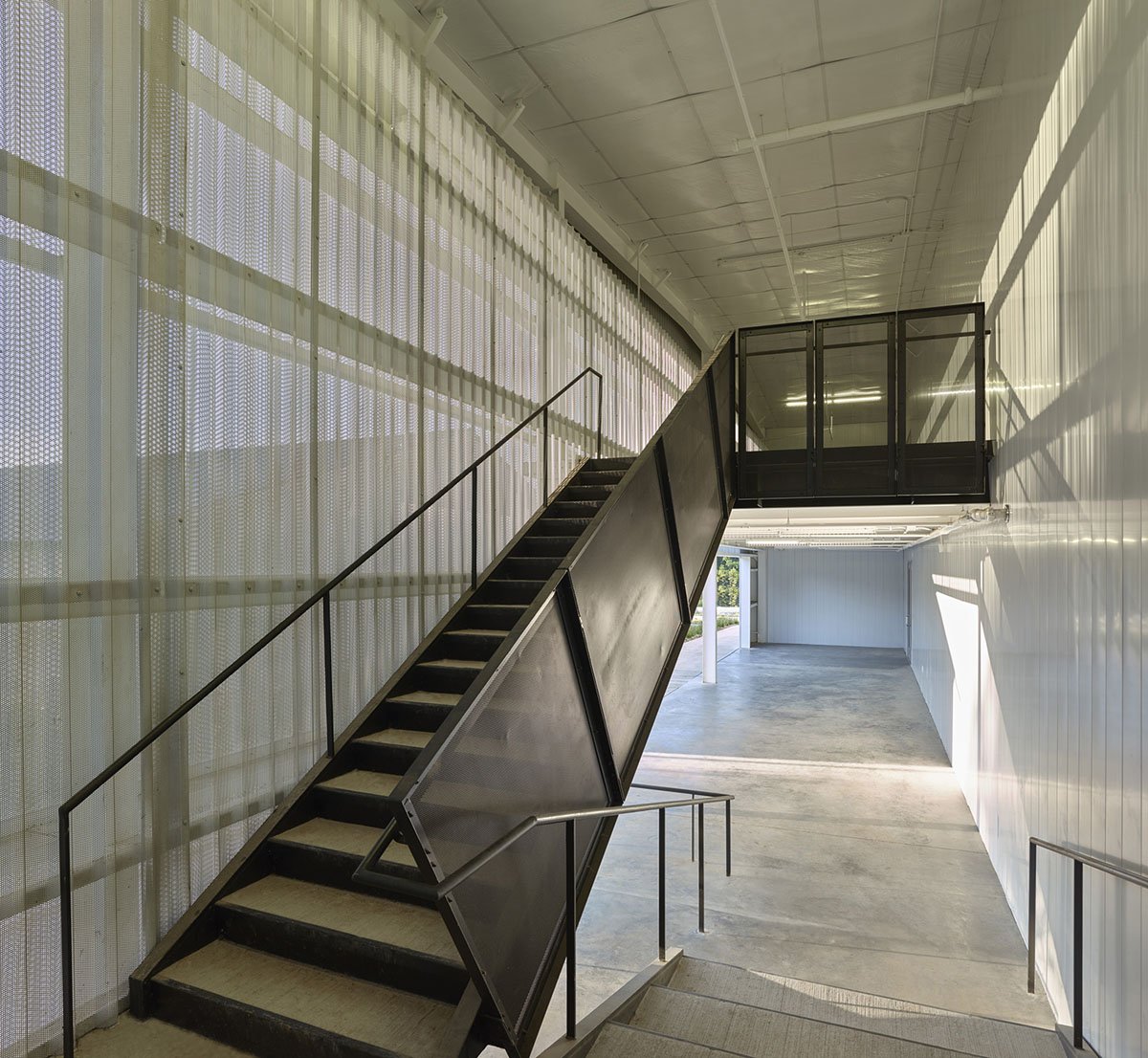 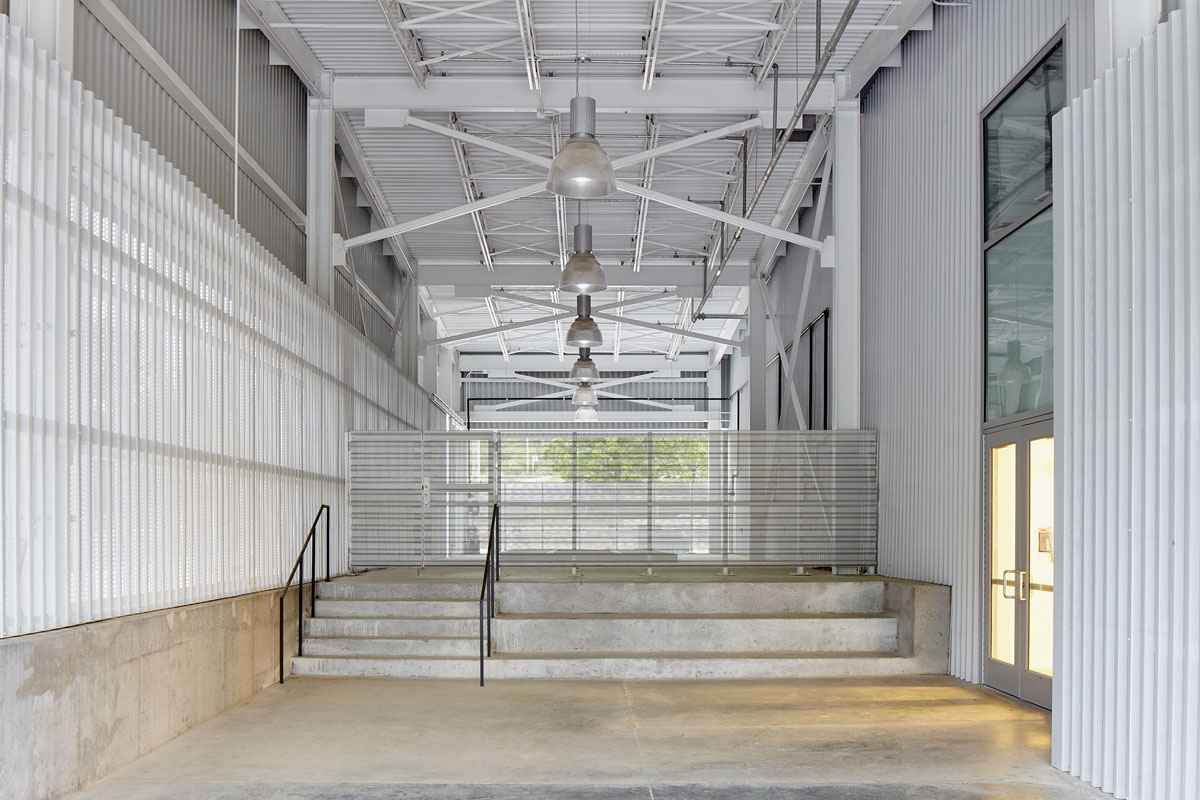 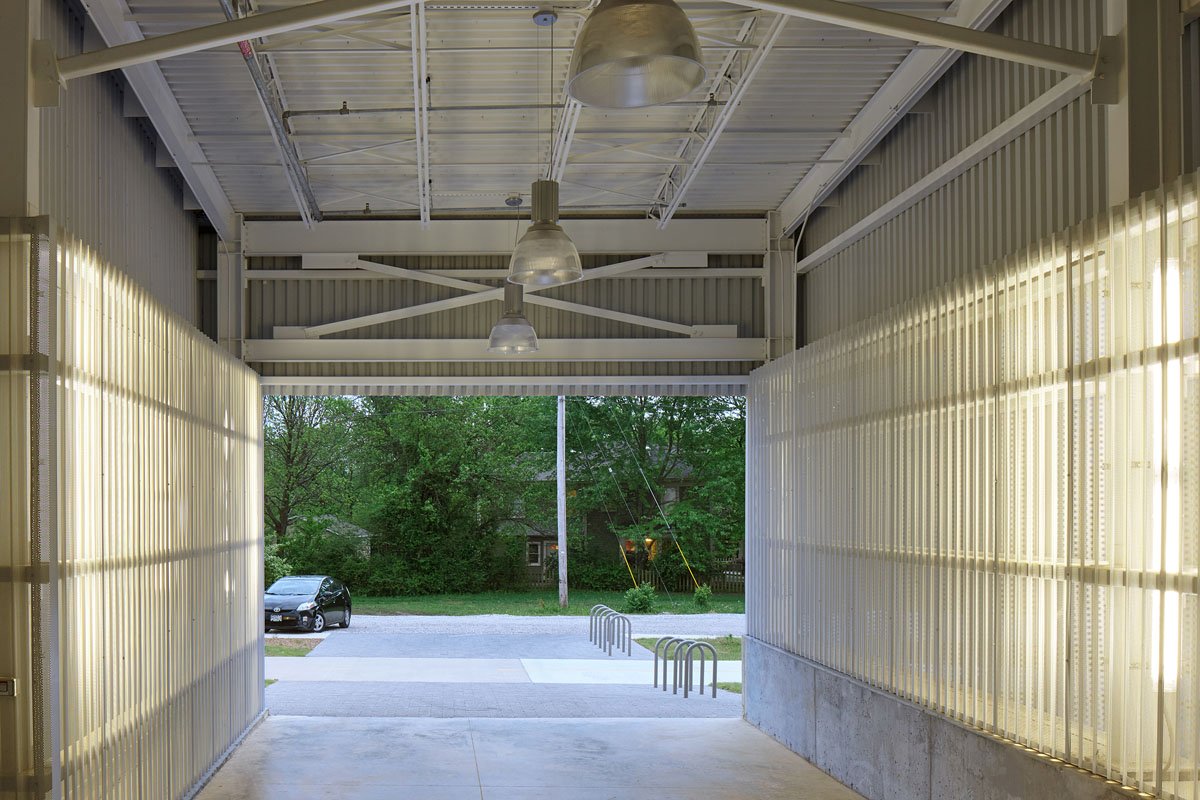 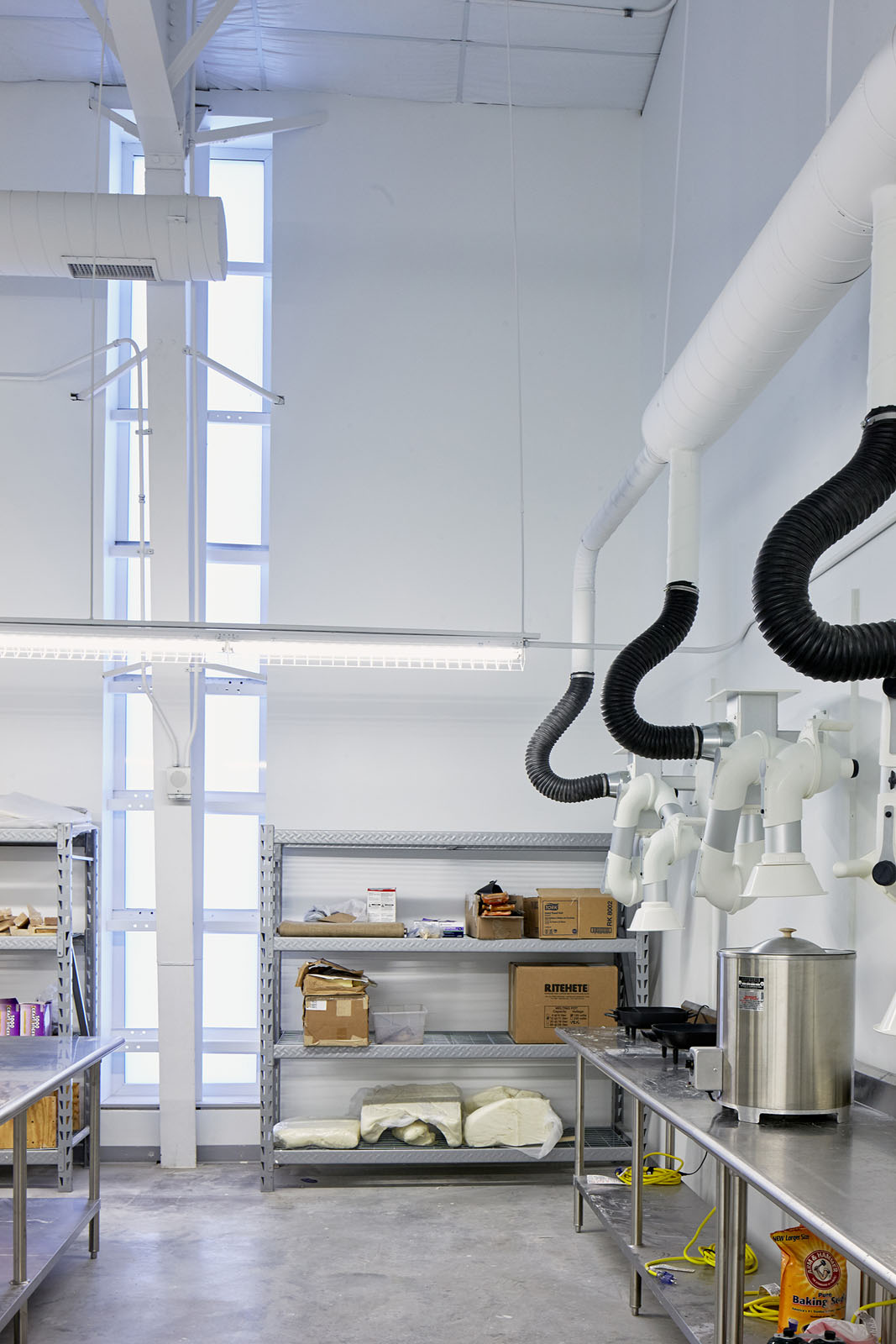 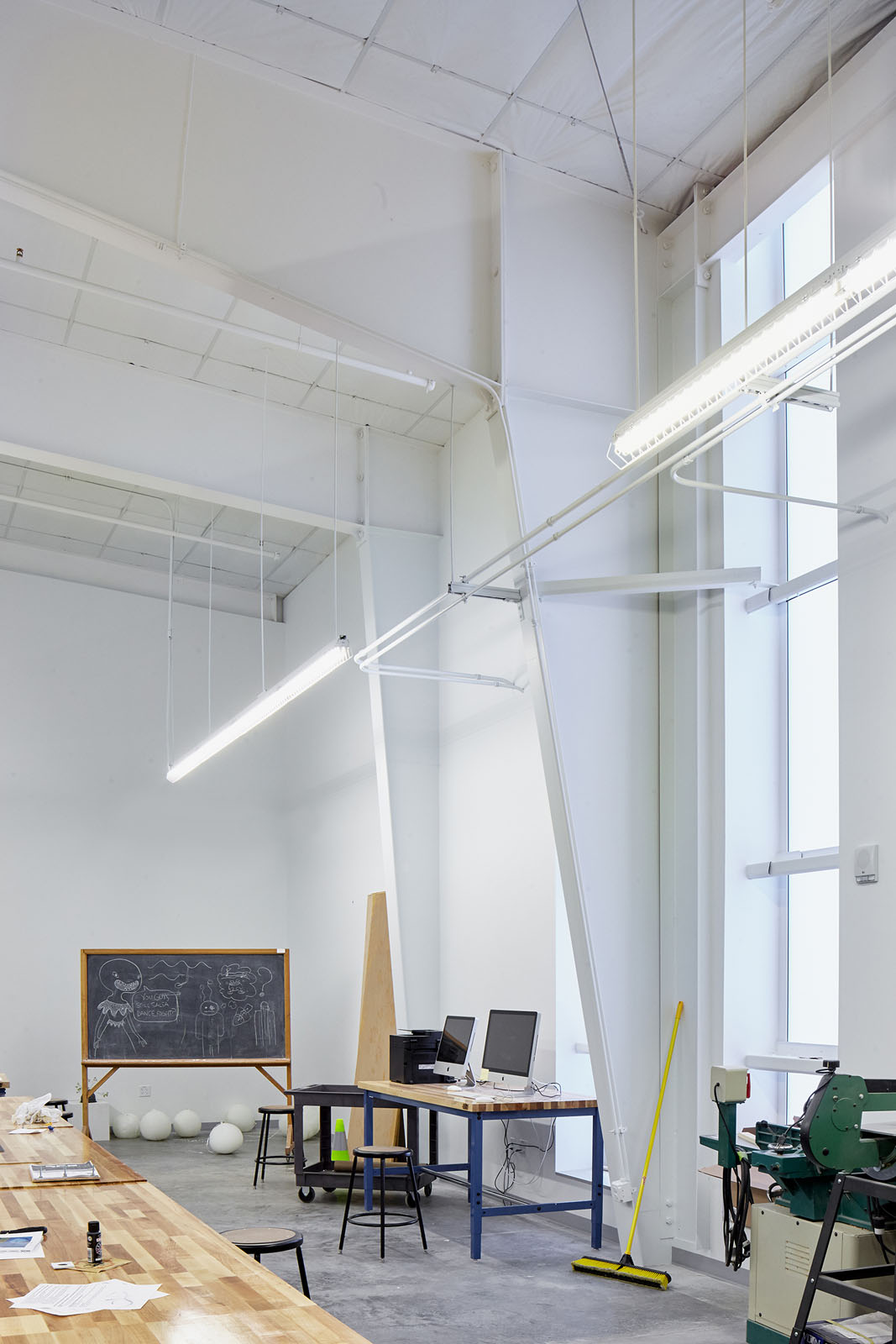 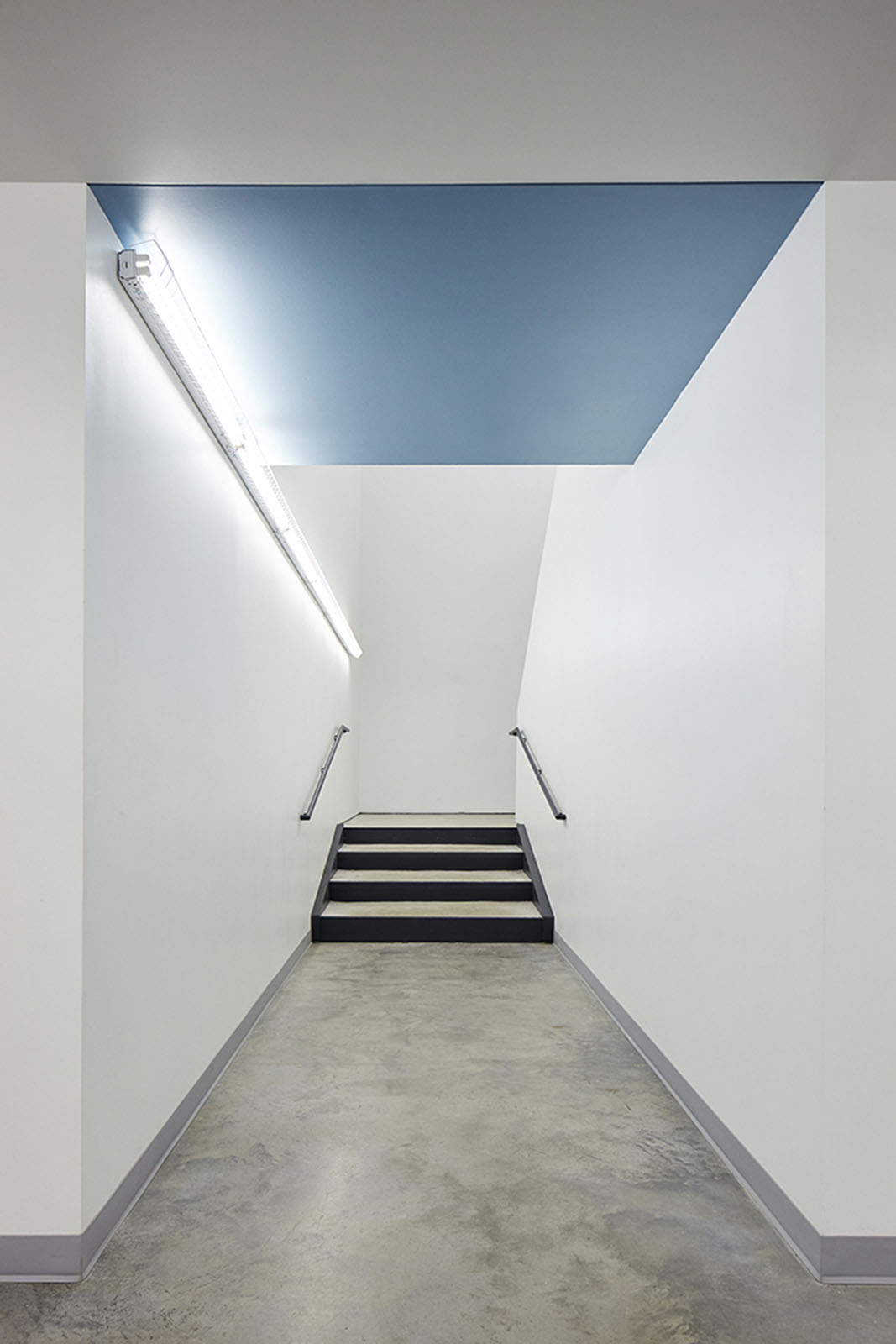 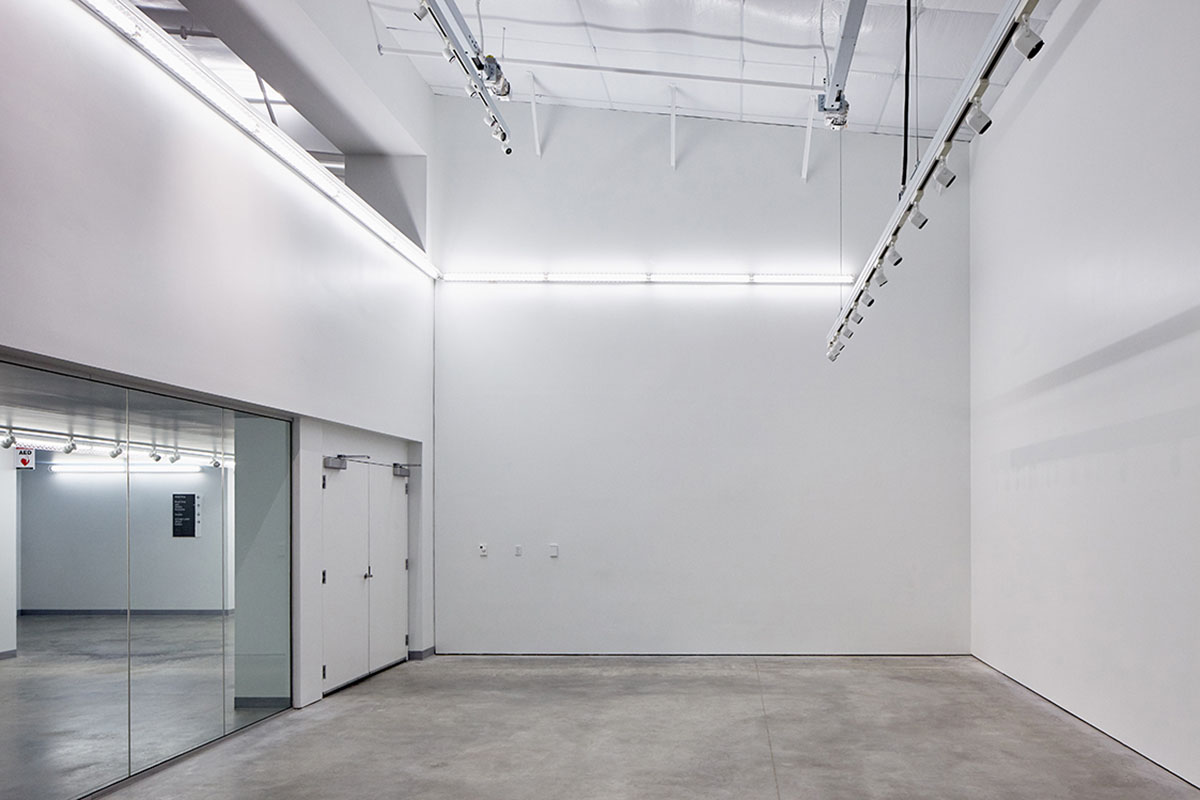 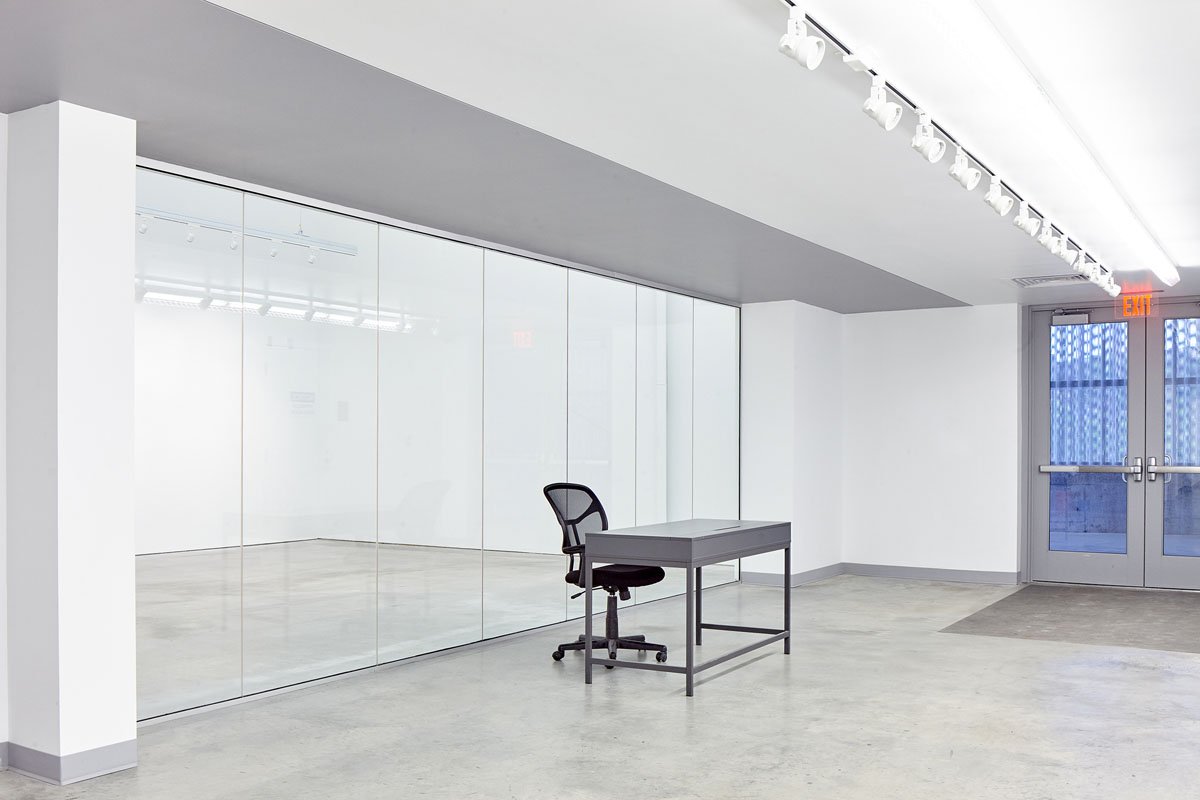 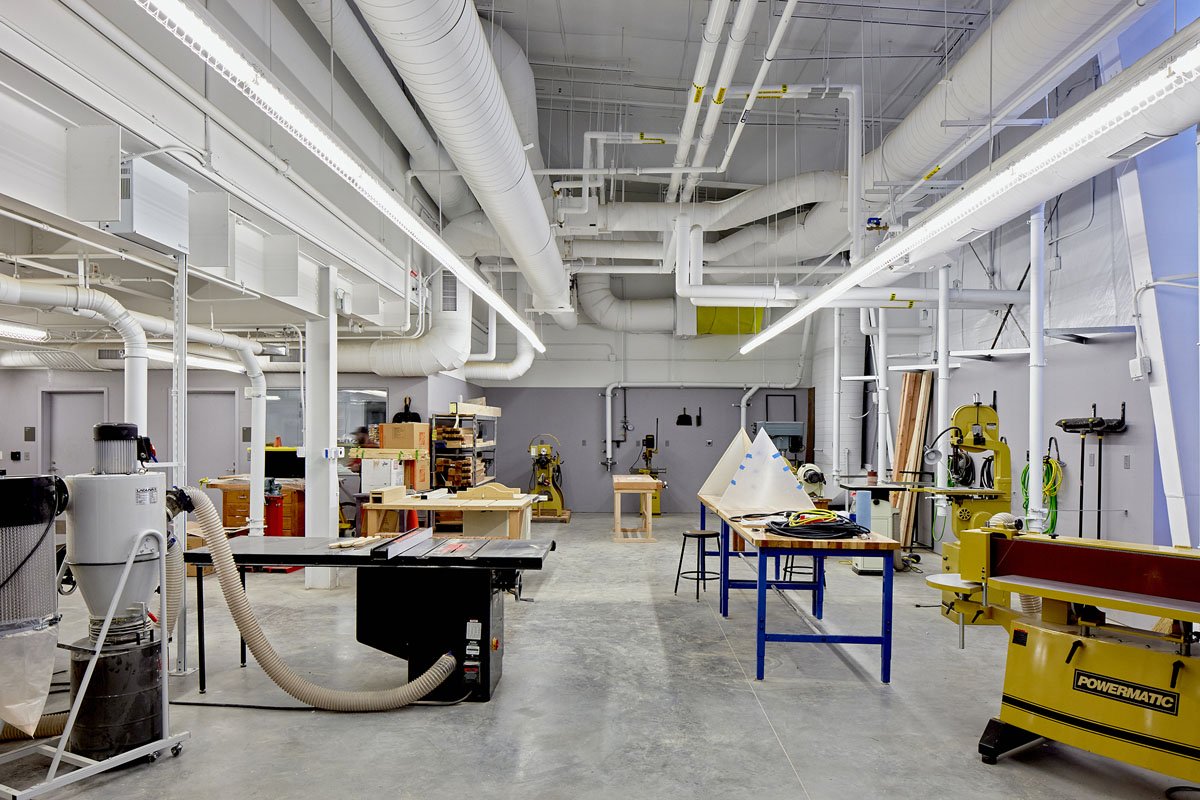 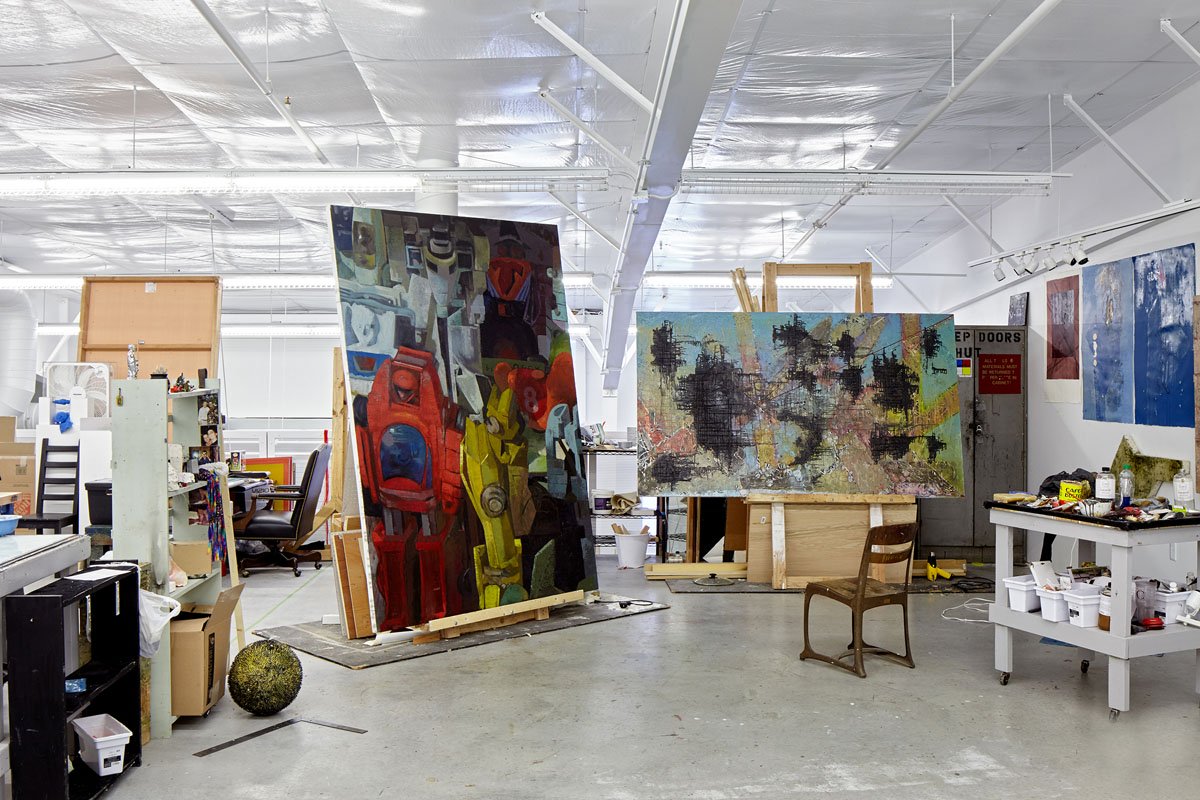 The sculpture studio facility for the University of Arkansas, a design collaboration between Modus Studio and El Dorado Inc., is the first completed building for a new remote arts and design district for their campus. The project expands an existing pre-engineered metal building warehouse, through selective renovation and addition, into a simple, refined form. It provides natural daylight for studios inside and draws a connection to the context through the interplay of translucent and opaque materials.

The design teams at Modus Studio and El Dorado decided to keep the existing building structure and continue the original detailing. The building was stripped down to the bones and the same pre-engineered metal building profile was used to create the new addition. The project more than doubles the existing footprint of the pre-engineered warehouse on the east and, with exterior porches of structural steel on either side that allowed for a layer of customization within the otherwise standardized facade system.

The material palette consists primarily of the same short-ribbed aluminum panel with variations in color and opacity. The majority of the structure is clad in solid aluminum panels with a white Kynar finish. The same panel, with a twenty-three-percent perforation, is applied at either end of the building to denote the two exterior porches. These open-air bays needed to be shaded while allowing light in the flexible spaces on the perimeter of the building. They provide a visual connection with the surrounding context and allow people to see in while passing on the street or nearby trail. Additionally, flat aluminum panels are used as a backdrop for the perforated facade at the exterior porches.

The building continues the conversation of opacity and translucency into the design and detailing of the windows. Constructed with an aluminum frame, the windows use a translucent polycarbonate to filter light. The purpose of the polycarbonate is to wash the interior spaces with consistent daylight during the day and project interior light towards the exterior at night.

The moments where the materials meet each other were of particular significance to the design teams at Modus Studio and El Dorado. This can be seen in the way that the trim is treated around the entire building. The architects wanted the trim to always be made of the adjacent material, so that the wrapping of material continued on all surfaces without interruption. Additionally, the downspouts were located at panel joints to hide the small shadow line and continue the wrapping of the facade.

Jody Verser, the project manager at Modus Studio, told AN in an interview, “In one particular area, on the northwest side of the building in the foundry, we had a concrete wall, an elevated concrete floor, a concrete slab on grade, structural steel, pre-engineered metal building frame, perforated panel, opaque panel, and a corner downspout, everything coming together at one spot.” It was a game of coordination between both project teams and the contractors to arrive at the right solution and continue that logic throughout the project.