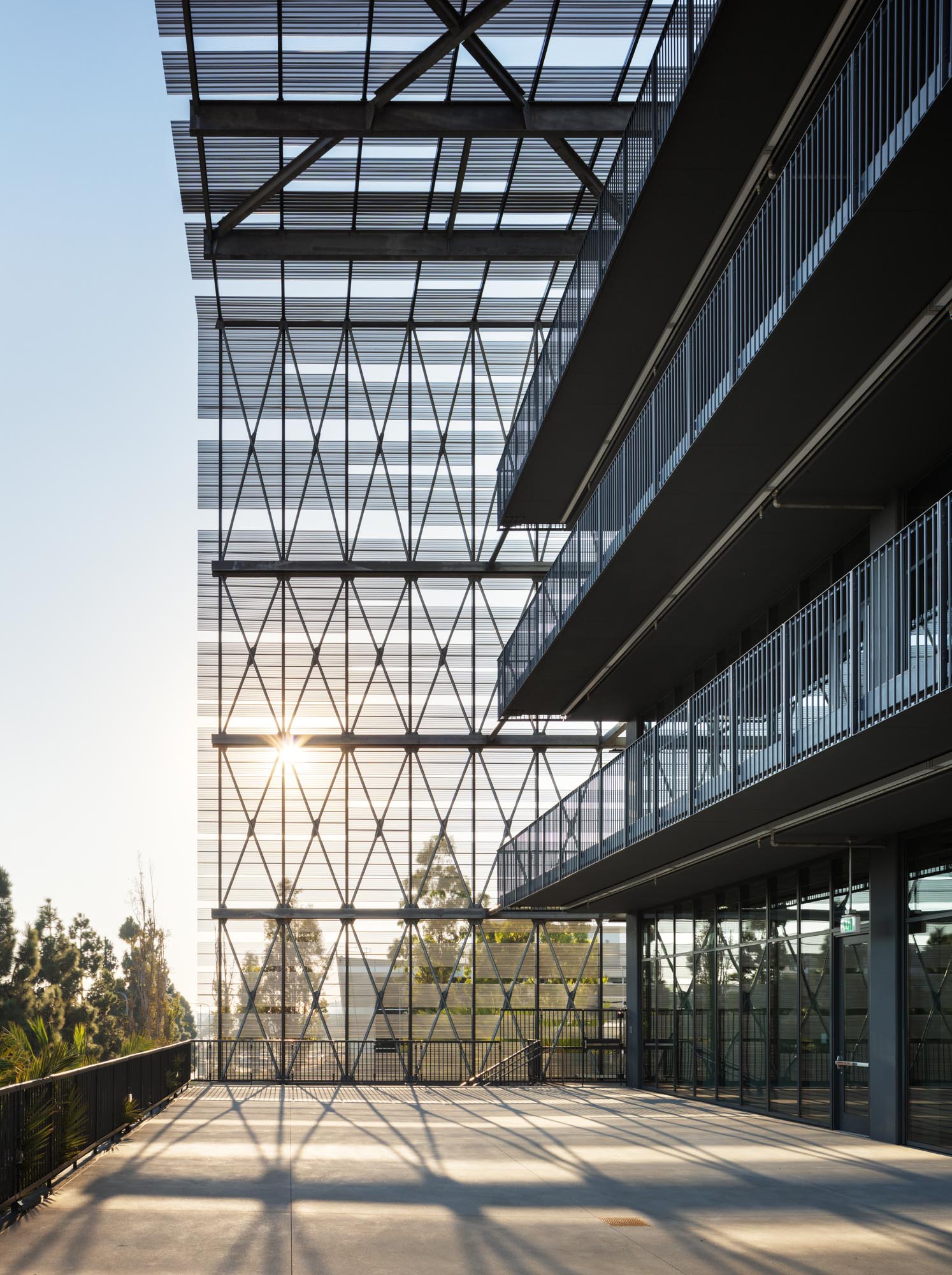 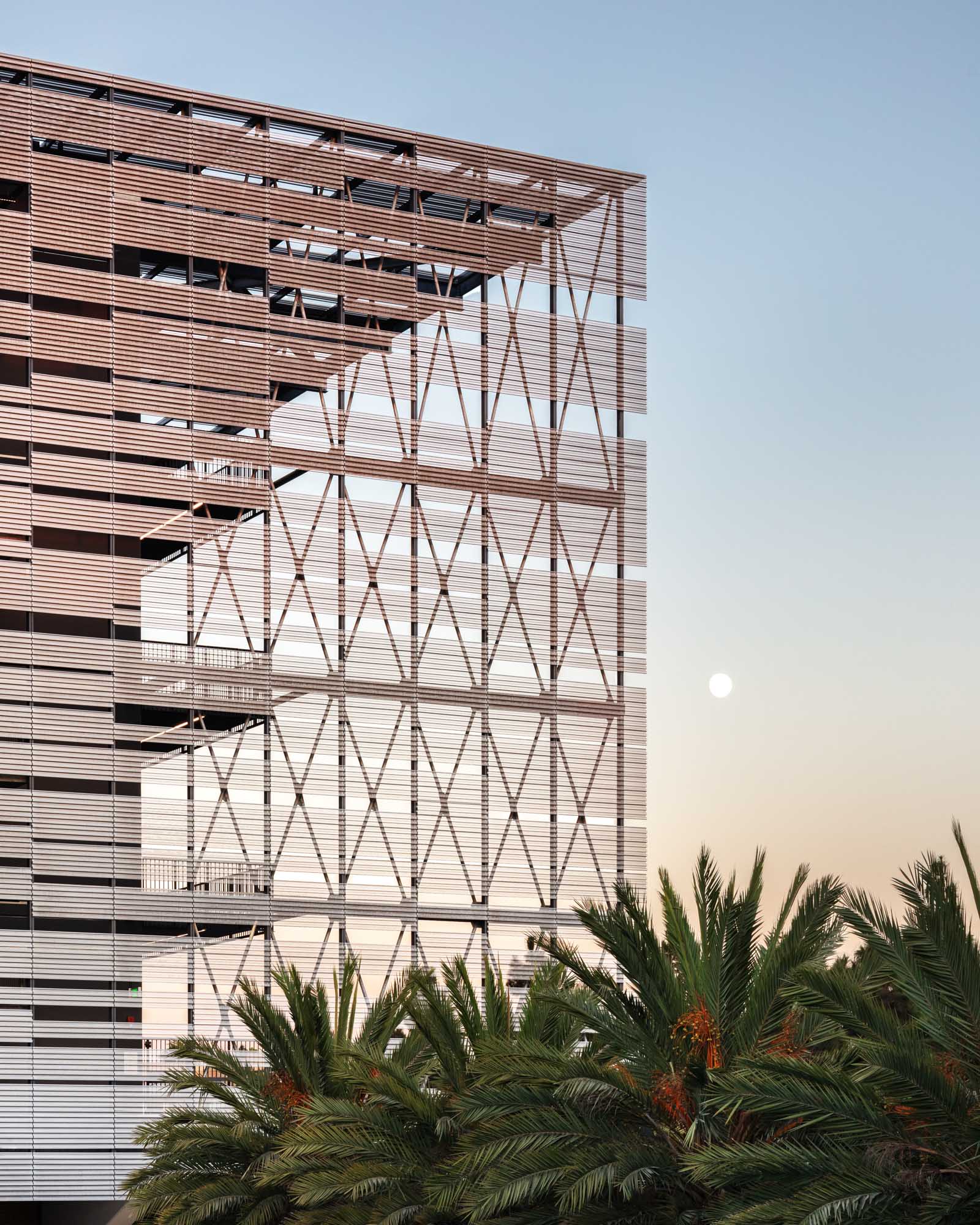 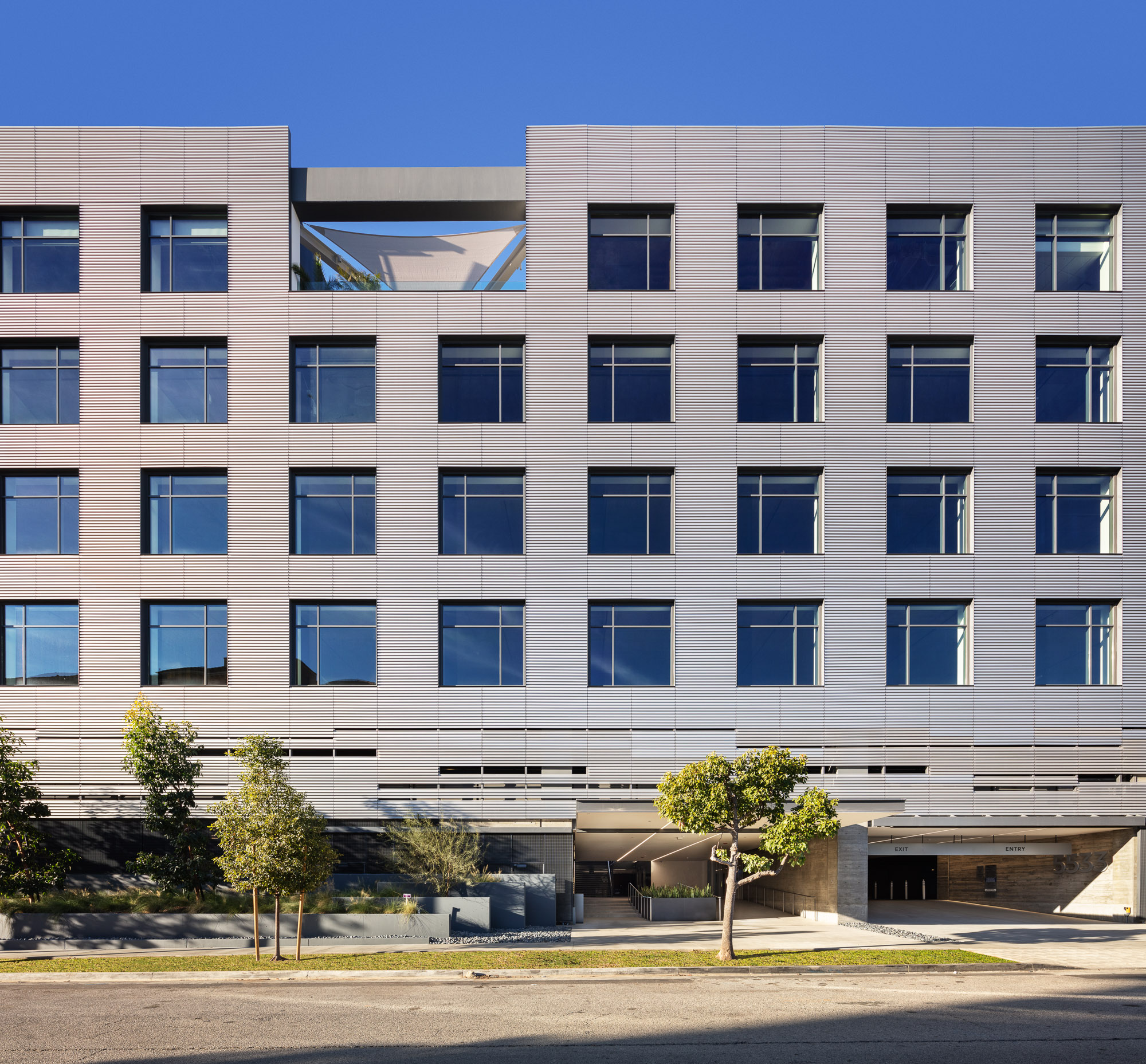 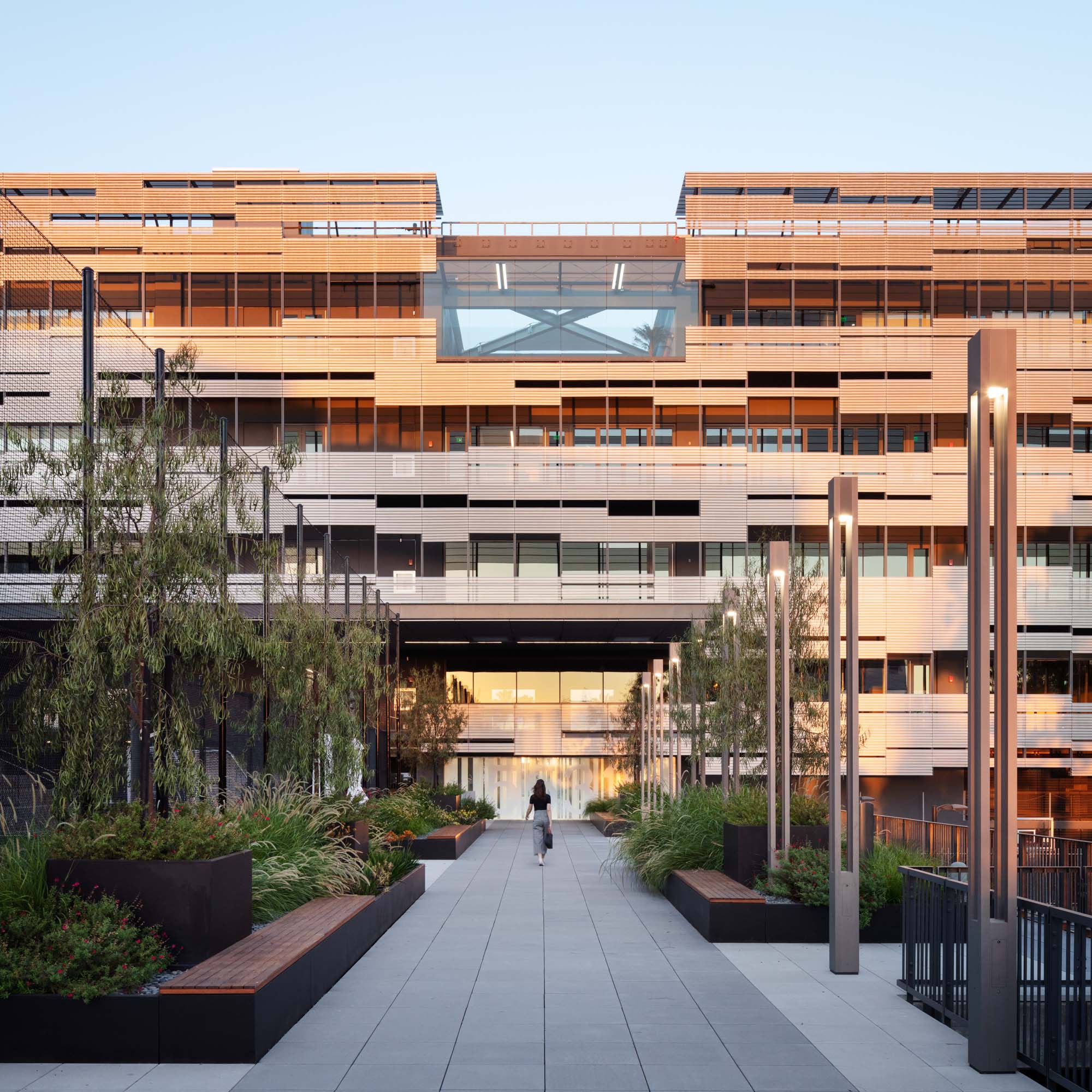 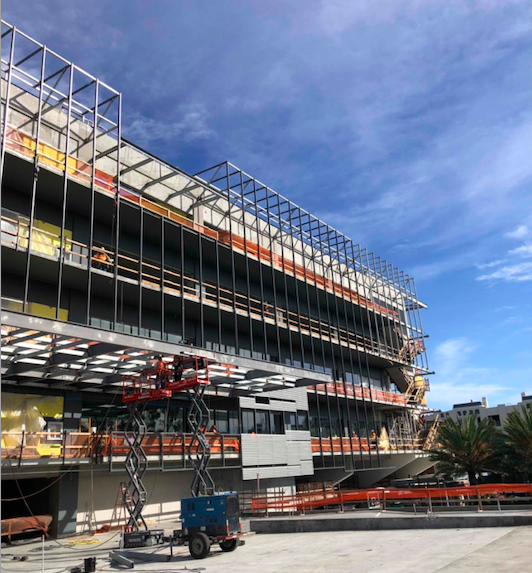 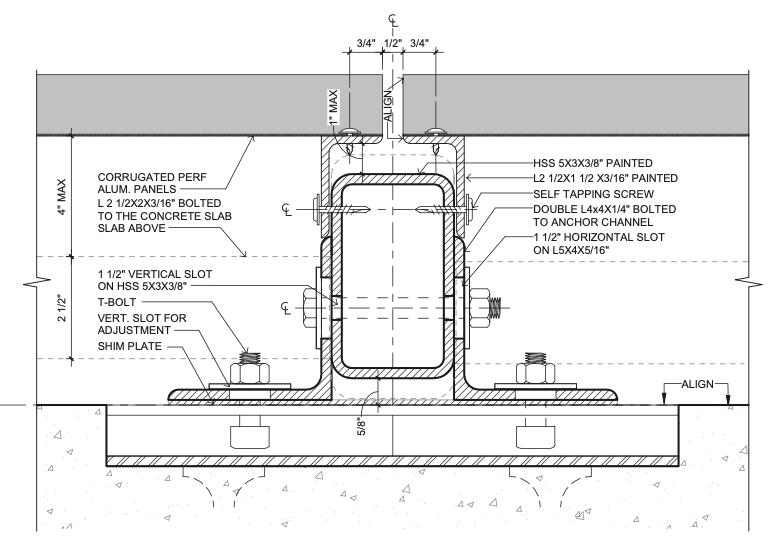 <
►
>
The skin was designed to dematerialize, visually lightening the structure’s mass while providing relief from the full brunt of the sun and ocean water (Mike Kelley)

Designed by Zoltan E. Pali, FAIA, and his Los Angeles-based firm SPF:a, WE3 is a six-story creative workspace in the commercially robust area of Playa Vista, California, colloquially referred to as “Silicon Beach.” It is the third and final building in a pre-existing commercial campus, Water’s Edge, that boasts 160,000 square feet horizontally expressed along the western edge of the site. The building was designed for a range of tech clients and companies joining the creative complex across a 6.5-acre plot.

The duality between work and play was captured in the building’s contrasting facades. Originally asked by the client to design on top of an existing parking lot, SPF:a decided to move an existing basketball court and open up the lot. This allowed for WE3 to take the form of a longer hangar on the edge of the site while retaining a more open feel and courtyard articulation between the new and existing buildings. The longer sides of the building have a patterned facade fitted with corrugated aluminum panels, while the shorter sides have a terraced window wall inset from the edge of the facade panels, creating a playful interaction with the air and breezes from the beach down the street. SPF consulted extensively with Simpson Gumpertz & Heger to ensure technical tolerances for expansion and contraction were water-tight considering the building’s exposure to moisture and proximity to the beach.

All facade panels were manufactured by Kingspan from its Morin Matrix 1.0 series. The corrugation is a two-inch squared rib that accommodates concealed fasteners. The finish on the panels is Kynar 500 in a custom color designed in collaboration with the client. Standard panels perforated panels range from 5′-5′ 6″-by-12′ wide. A particular challenge SPF:a had to overcome was installing the system level and plumb with the structural frame. It took nearly a year to install.

Ultimately, the firm was inspired by the rippling movements of water and hopes that facade will not only serve as a respite for those hard at work inside but a visual landmark for the city and community at large.

“The skin treatment or facade of the building is a combination of ideas,” said SPF:a’s design principal Zoltan E. Pali, FAIA, “the material is about referencing—hangars in the sky (picking up on the history of the site) and the dematerialization is an abstraction of the light that dapples the water at the very edge of land. The building also has a sort of duality—one side very rigorous: our work lives… and the other side more dynamic: our play lives. As always, I try to express a site and building purpose through its skin/facade while the plan and form are super simple.”