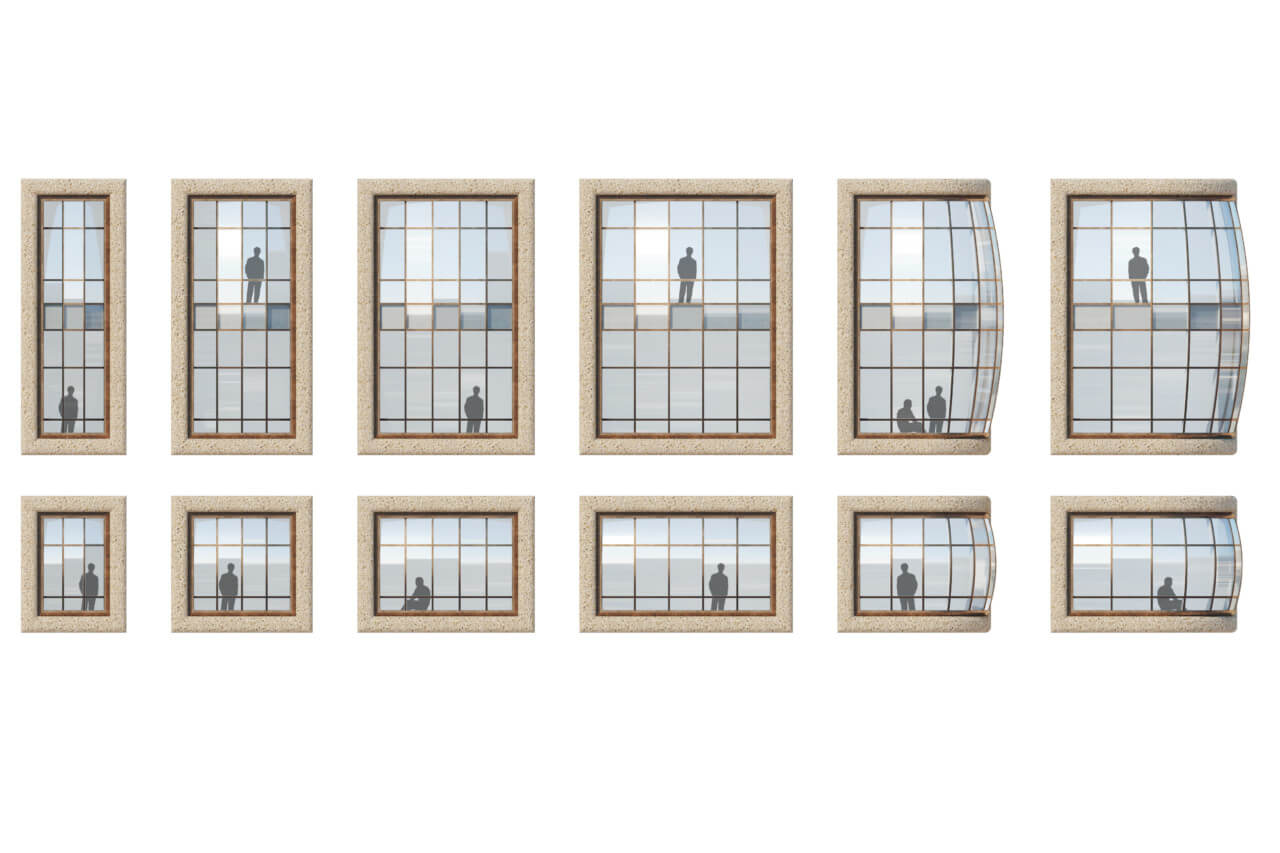 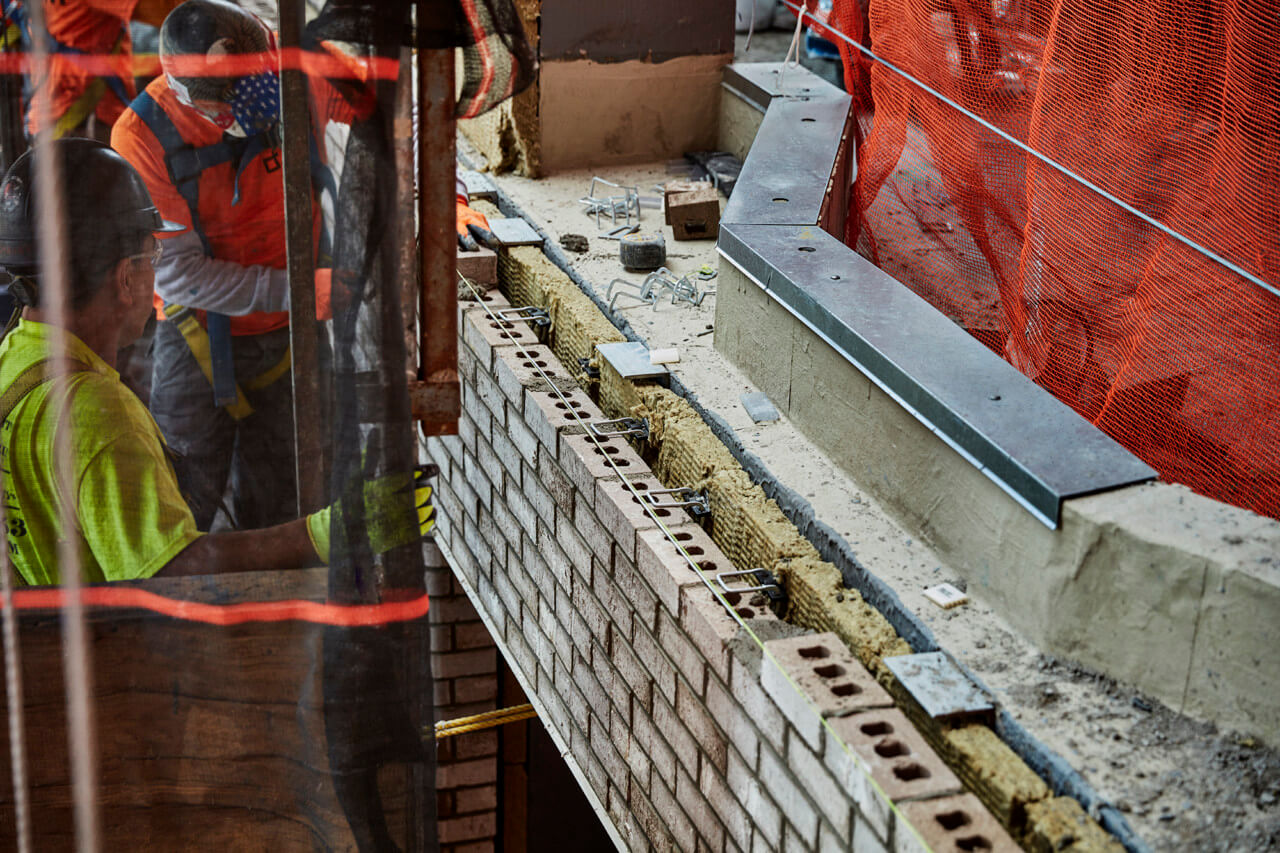 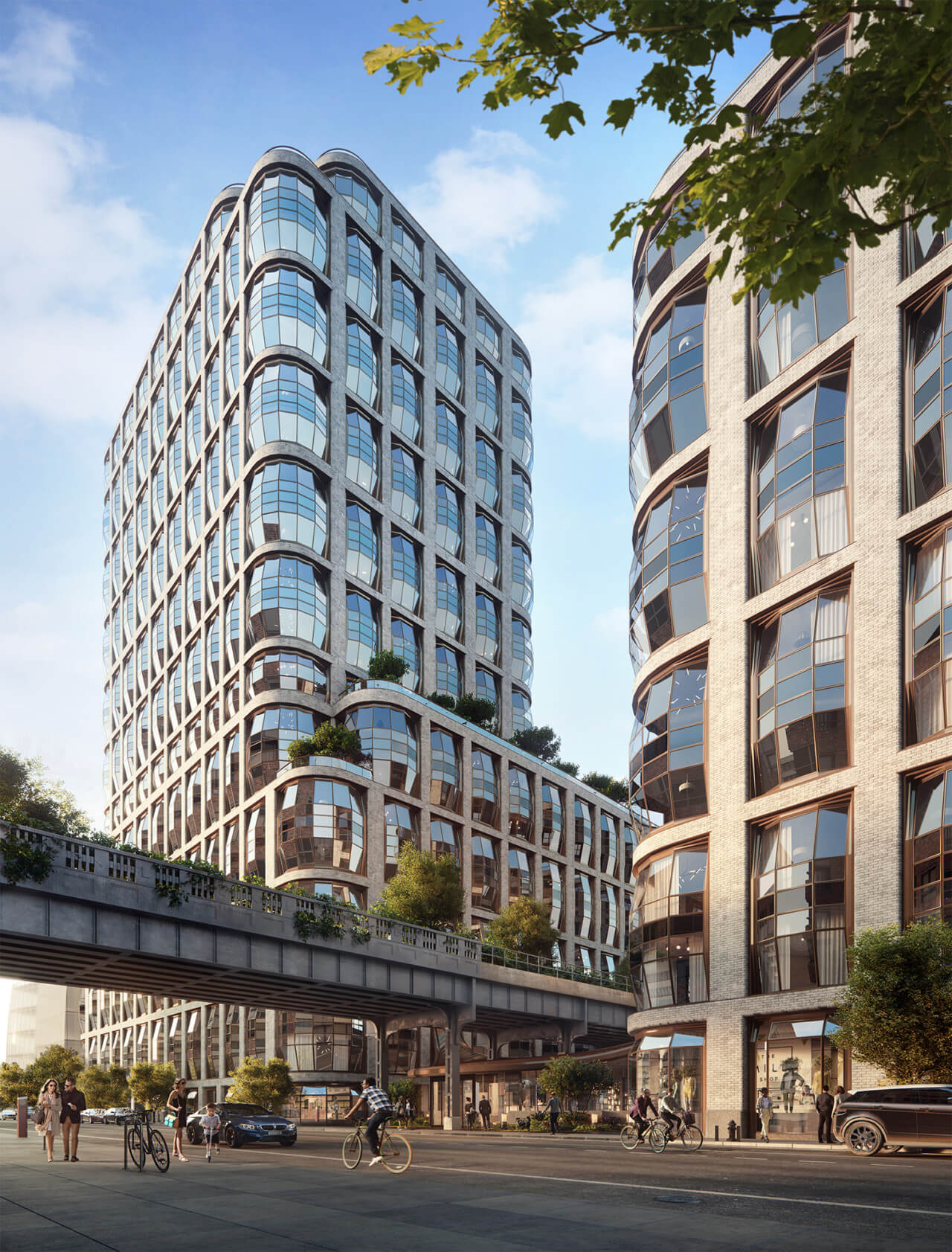 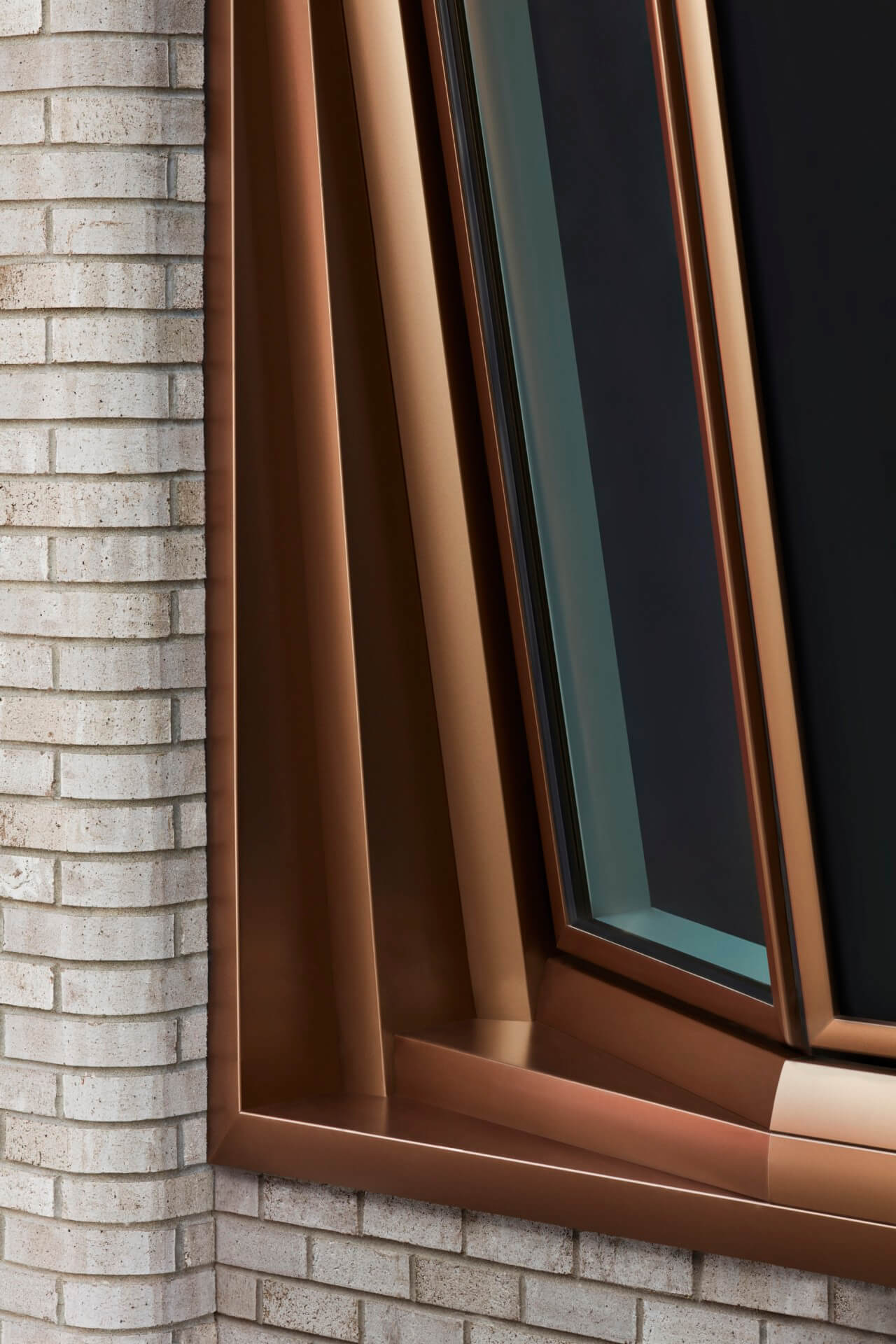 <
►
>
The Lantern House is bisected by the High Line, and is composed of two separate towers connected at ground level. (Courtesy Related Companies)

New York City’s High Line is no stranger to development. Since first opening in 2009, the elevated railway–turned–public park has spurred a building frenzy on Manhattan’s Far West Side, much of it architecturally meager. Straddling the High Line today—several years after its third and final stretch was inaugurated—are gleaming glass stalactites, anonymous in their bearing and lacking in contextual motifs and textures. A newcomer aims to buck the trend, riffing on turn-of-the-century imagery and materials to interesting, if slightly goofy, effect; the Lantern House. Designed by Heatherwick Studio and architect of record SLCE for developer Related Companies, the Lantern House feels heftier than its glass-and-steel neighbors. That’s due to its piers and spandrels of light-gray brick, manufactured by Taylor Clay in an artisanal process. Surface area is afforded by the volley of bulbous two-story bay windows, whose resemblance to chintzy maritime luminaires gives the 277,000-square-foot project its name.

The residence actually comprises two towers of different heights, bisected by the High Line: the west tower on 10th Avenue reaches ten stories, whereas its counterpart to the east, located midblock, climbs to 21. They are connected at street level by a glass-and-steel pavilion that swoops under the viaduct, its interior pierced by bolt-studded railway columns. “Much like a hammock, the hanging lobby structure is subject to substantial movement,” said Heatherwick Studio associate and site architect Carlos Parraga-Botero—movement that could have threatened the integrity of the glazing below. Steel manufacturer Cimolai developed an innovative “pinned” glazing head detail that allows for large movements in multiple directions.

Poured concrete and pre-tensioned concrete floor plates do the heavy lifting in the towers, whose relatively straightforward structural grid is picked up by a variegated brick rainscreen. But the principal stylistic element of the Lantern House’s facade is the projecting bay windows, which, in their three-dimensional form and coppery trim, also recall glazed transoms found at the stern of an erstwhile barque or schooner. And perhaps that is the better point of reference: the substantial radius of the bay windows provides sweeping vistas of both the city and the formerly commercial waterfront.

New Hudson Facades, a custom architectural facade maker owned by Related Companies, fabricated the bespoke curtain wall components at its 180,000-square-foot facility in Linwood, Pennsylvania. “There are four window types based on their width—6 feet 1 inch, 8 feet 10 inches, and 14 feet, 15 inches—and six categories based on their height and location,” said Parraga-Botero. AGC Interpane, the European glass manufacturer, produced and assembled the low-iron glazing at its facility just outside Munich, Germany. All the glazing for the bays is heat strengthened, argon-filled, and treated with a triple-silver ipasol coating. The central canted window panes of the bays are awning operable elements produced by Metra, and those located at the spandrels consist of shadow box glazing to conceal the floor plate.

Sumptuous recessed bronze surrounds frame each glazed bay. Aggregated vertically, they seem to chafe at the brick piers that hem them in. They threaten to burst out of the grid, and in that sense, they bring to mind yet another, more explosive visual metaphor: a grenade.