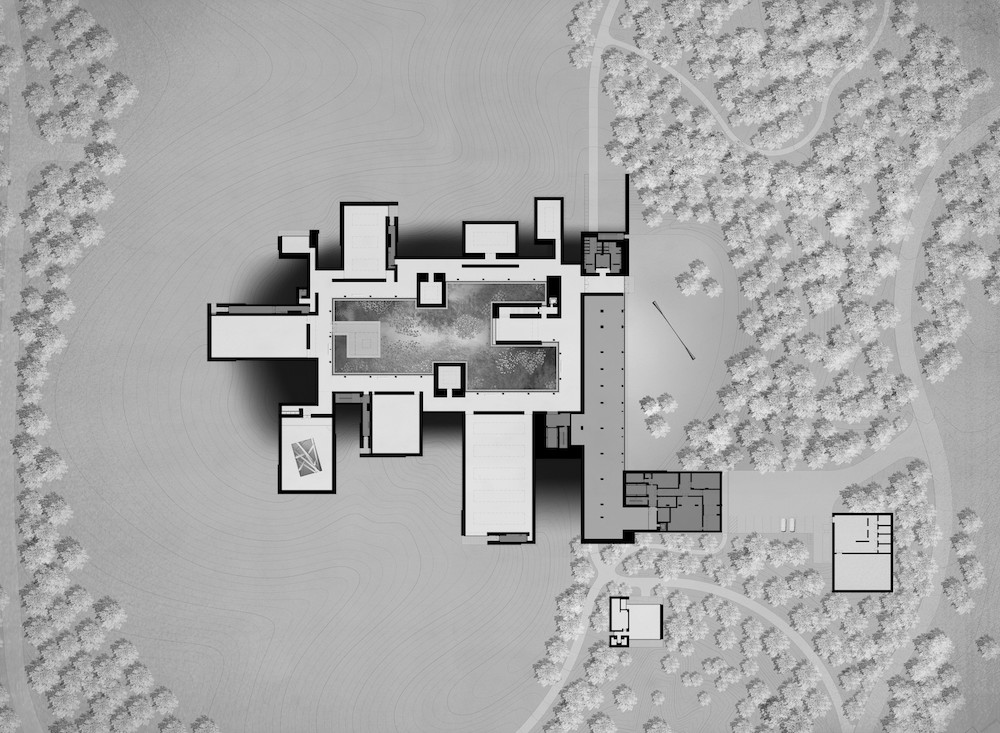 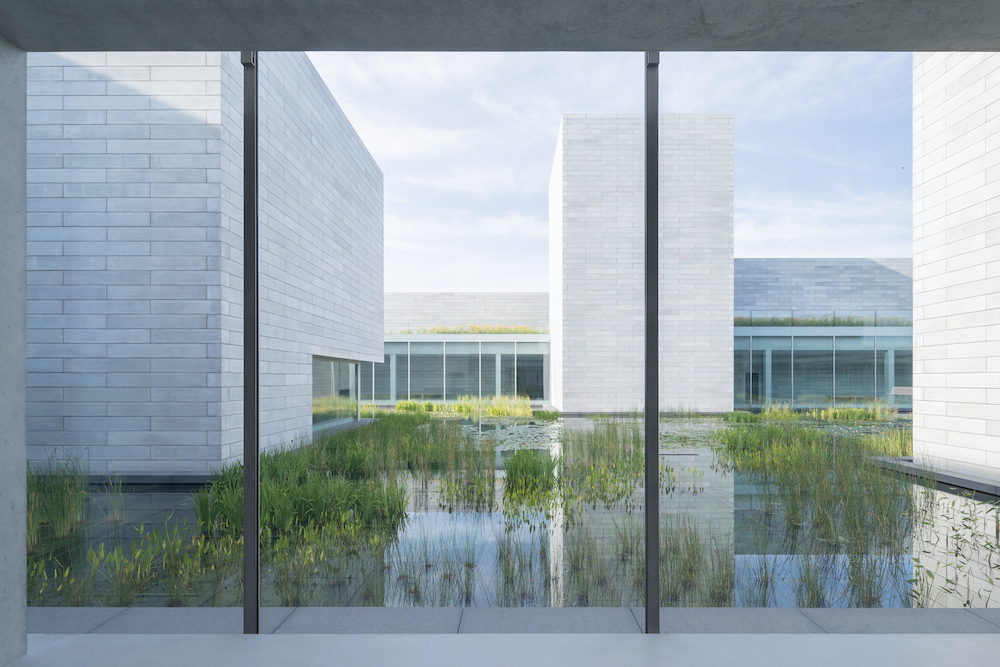 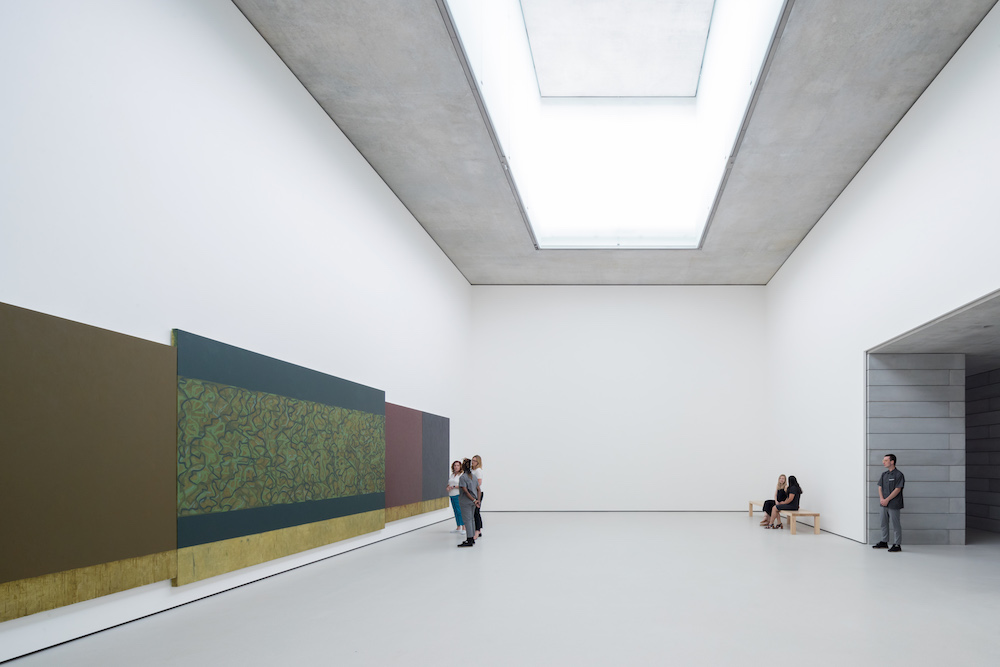 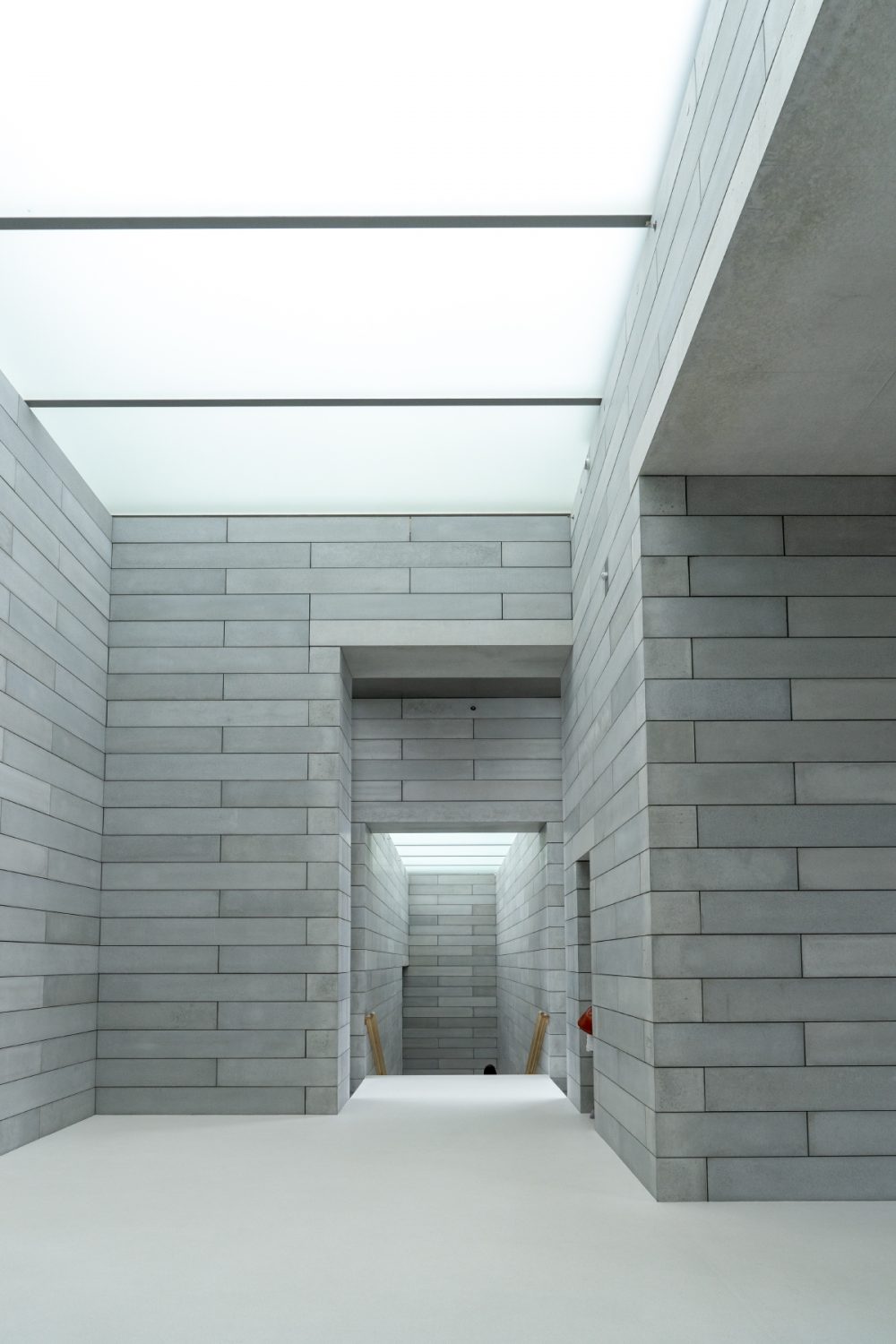 With an extensive private collection of contemporary art ranging from the large-scale sculptural work of Michael Heizer to the oil-on-canvas abstracts of Mark Rothko, the new Glenstone Museum addition—opened in Fall 2018 and located in suburban Potomac, Maryland, just 15 miles from the city center of Washington, D.C.—is a testament to the role of placemaking as a tool of monumentality. Designed by Thomas Phifer and Partners in collaboration with facade consultant Heintges, the expansion of the Glenstone Museum consists of a single interconnected structure built of gargantuan precast concrete blocks semi-submerged into the landscape and illuminated by deftly placed moments of curtain wall.

The project, formally dubbed The Pavilions, is a significant expansion of the preexisting Glenstone Museum and adds 204,000-square-feet of built space to the complex. Although one continuous structure, the varying heights of the pavilions and their position within the surrounding landscape lend an illusion that each exhibition space is an independent pavilion.

For Thomas Phifer and Partners, the choice of precast concrete stemmed from the client and design team’s intent to work with materials that clearly expressed the museum’s construction and structure. The concrete blocks were produced by manufacturer Gate Precast, who developed a custom blend of sand, fine aggregate, and a consistent mixture of white and gray cement. The design team collaborated closely with the manufacturer, testing a range of concrete mixes and forming techniques, and ultimately traveled to Gate Precast’s plants in North Carolina and Tennessee for review of the 26,000 concrete blocks prior to the shipment to the site.

“The beauty and diversity that is evident in the finished blocks were a true expression of the variability of working in concrete,” said Thomas Phifer and Partners director Michael Trudeau and Heintges associate principal Aaron Davis. “The vagaries of casting, stripping, seasonality of fabrication, temperature and humidity during curing are allowed to express themselves in the overall palette of the installed facades.”

The precast blocks were arranged in a standard running bond pattern—every succeeding row of bricks is offset from that below—and typically measure 12″-by-12″-by-6″. The weight of each block is formidable; each weighs approximately 900 pounds and were craned into position individually. While the monumentally-scaled masonry appears load-bearing, the design team utilized various subtle structural techniques to offset the overwhelming mass of the project. The blocks bear onto a concrete haunch rising from the foundation wall and are further held by continuous bands of spliced stainless steel rebar. A thin layer of mortar was applied between the narrow joints of the running bond to allow for setting and leveling, while concealed breaks mitigate expansion and contraction.

Natural light for the museum primarily derives from two sources; monumental glass walls and fogged skylights. For the former, the design team hoped to blend the characteristics of both unitized curtain walls and storefront facades—a high-performance enclosure with maximum transparency. The solution is remarkably complex—the glass panels measure 9′-by-22′ and cantilever from the floor and ceiling slabs, and are moment-clamped at the base of the panel and framed in steel.