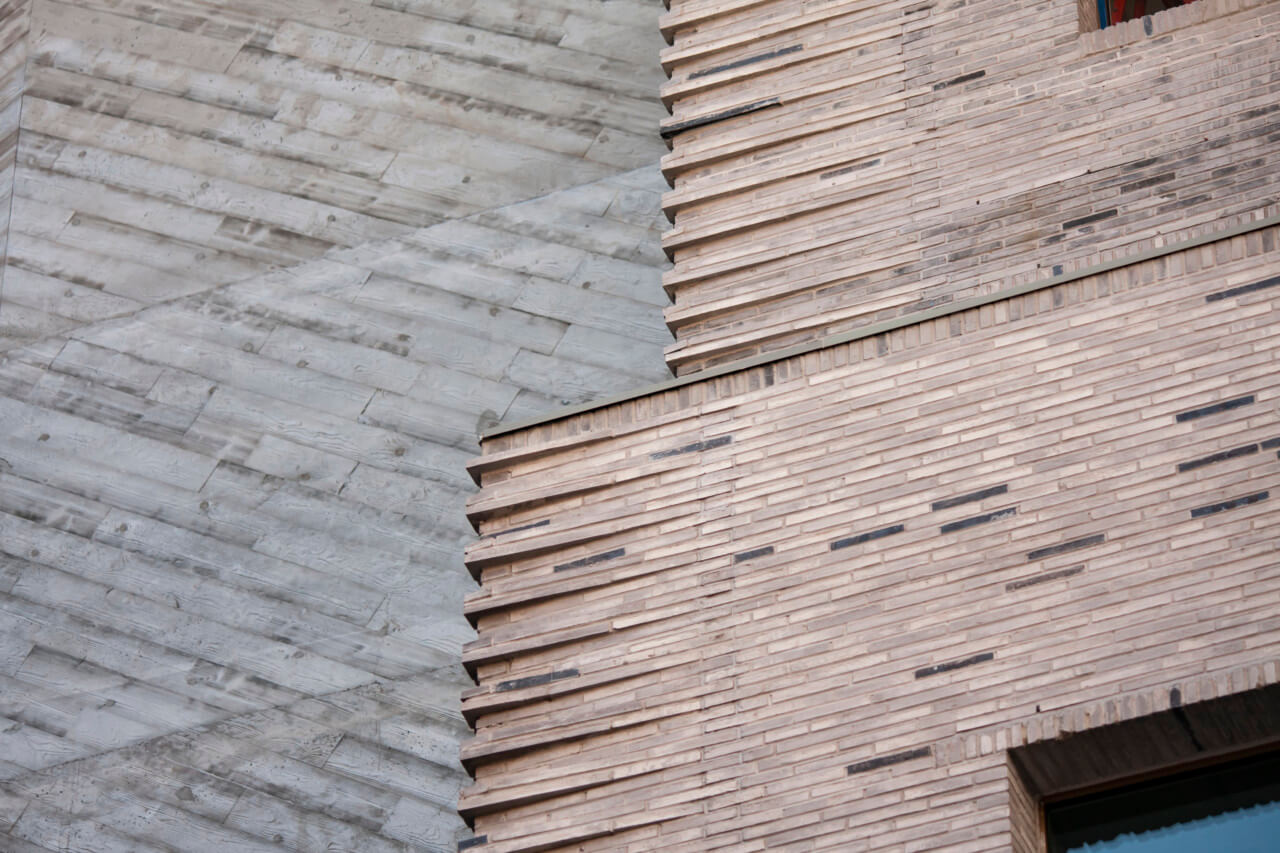 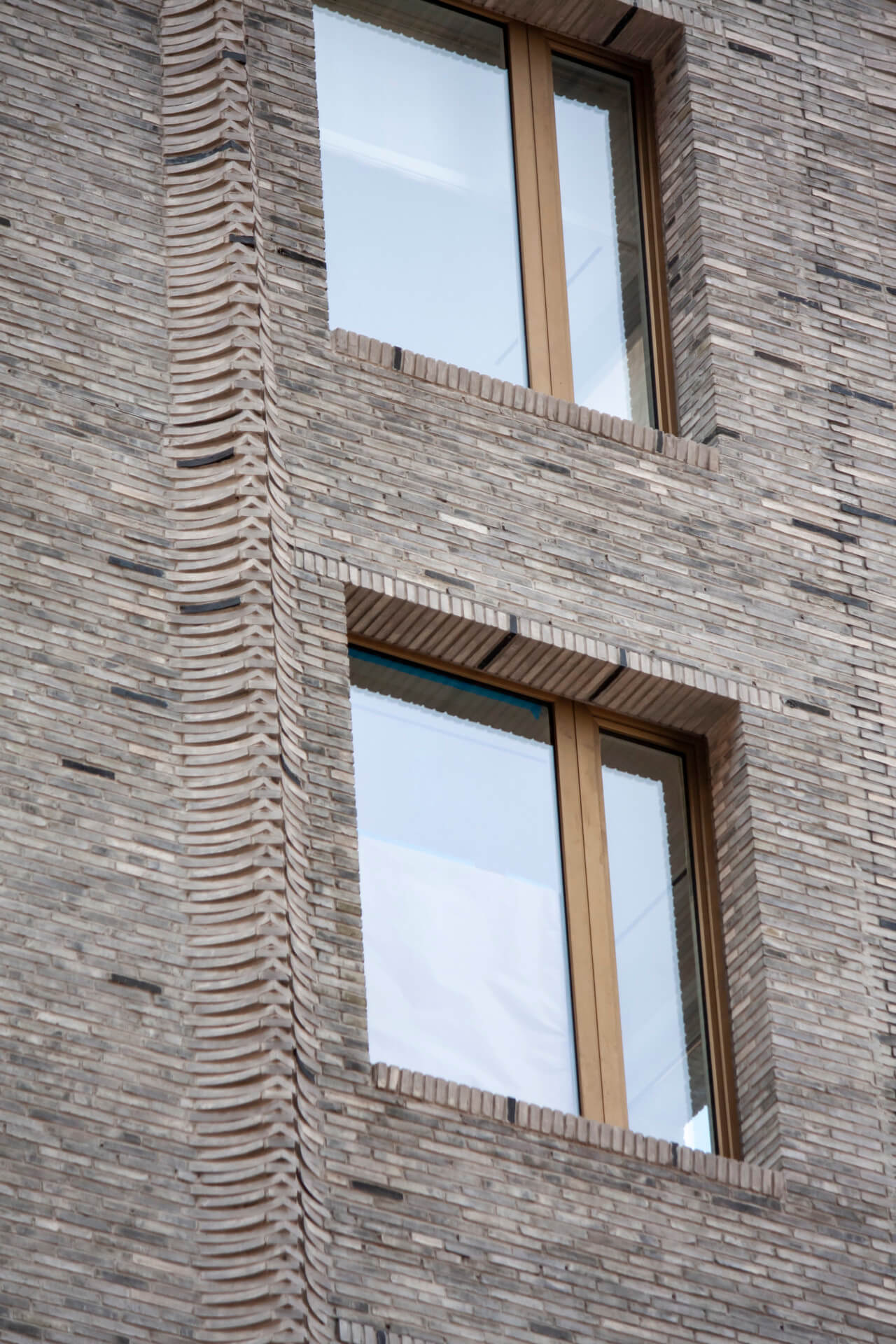 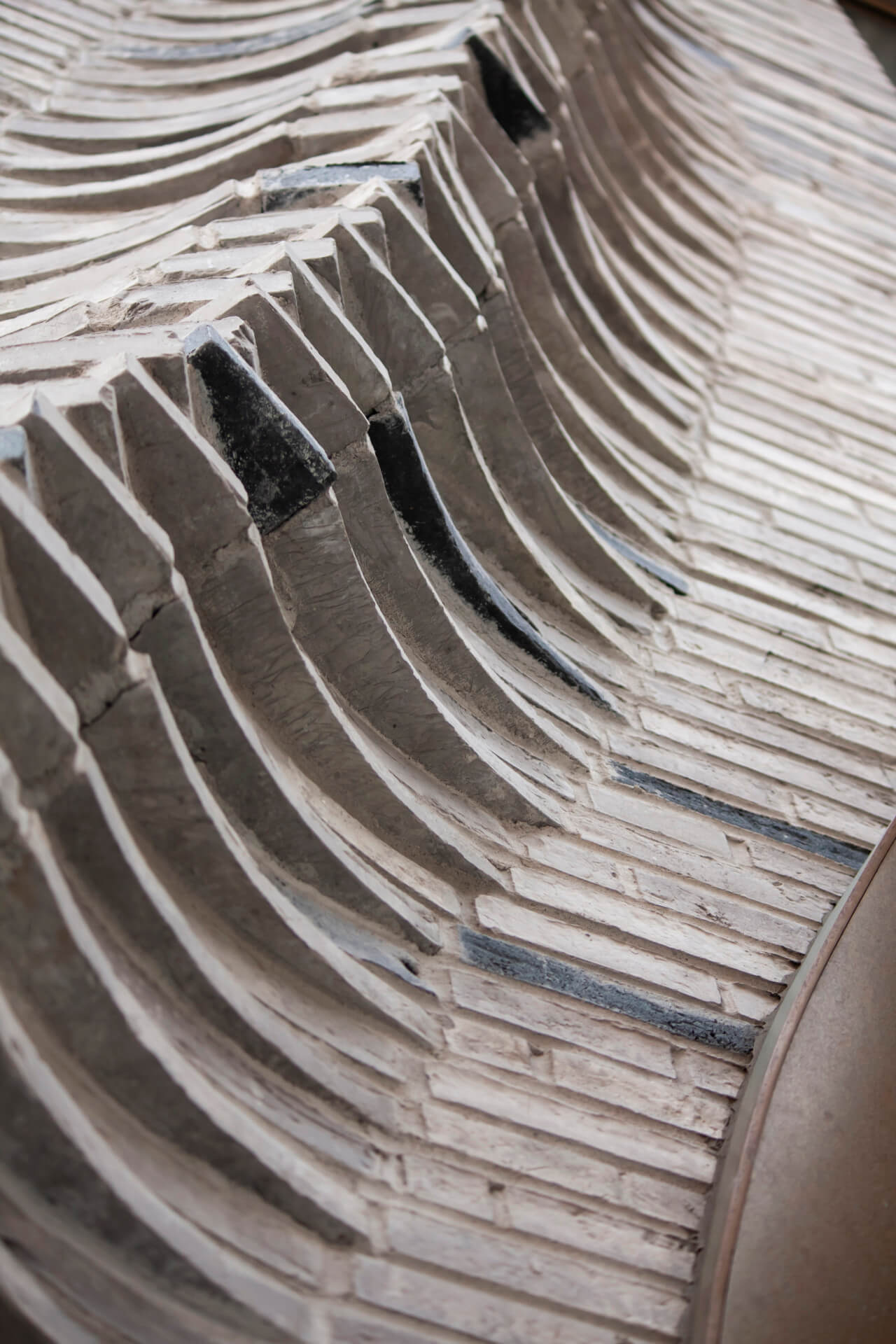 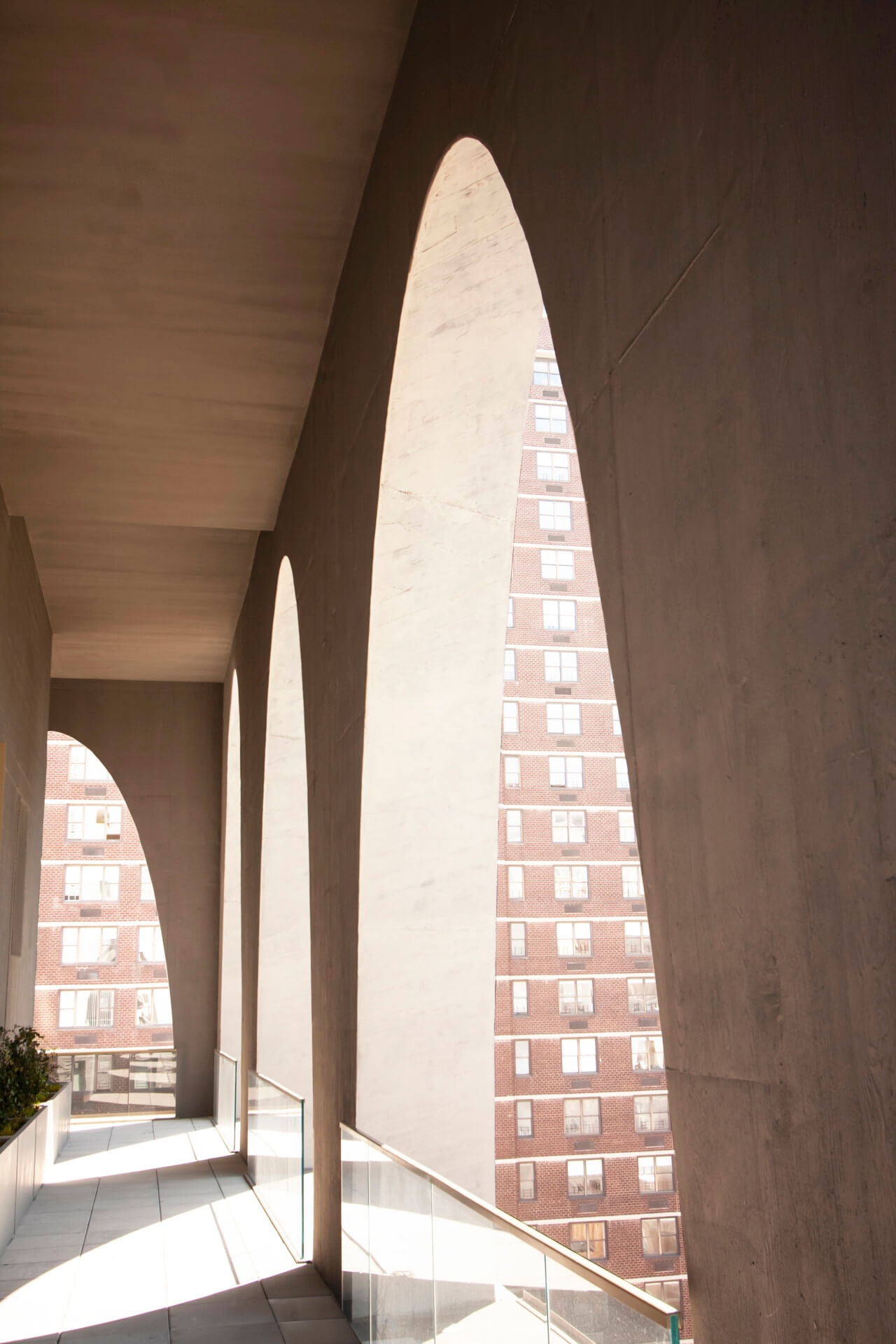 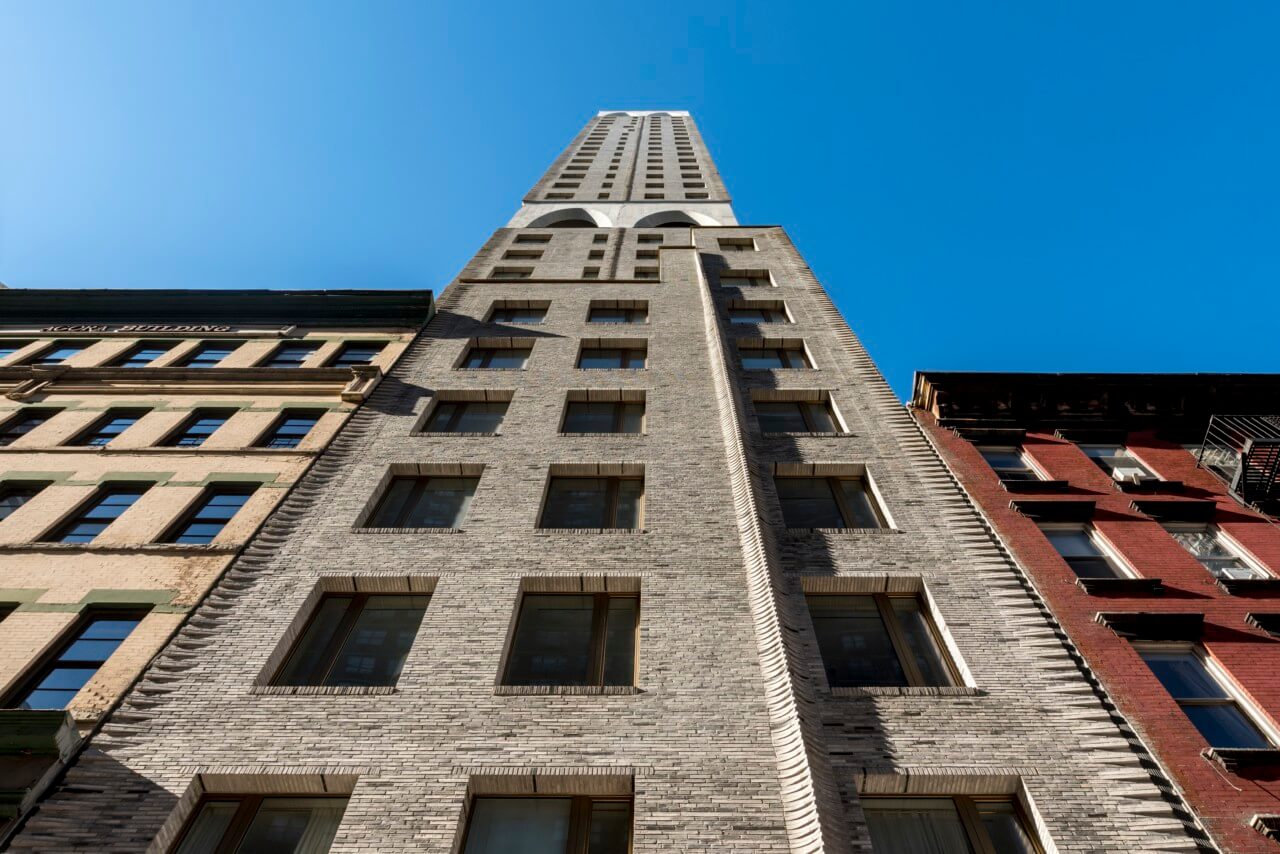 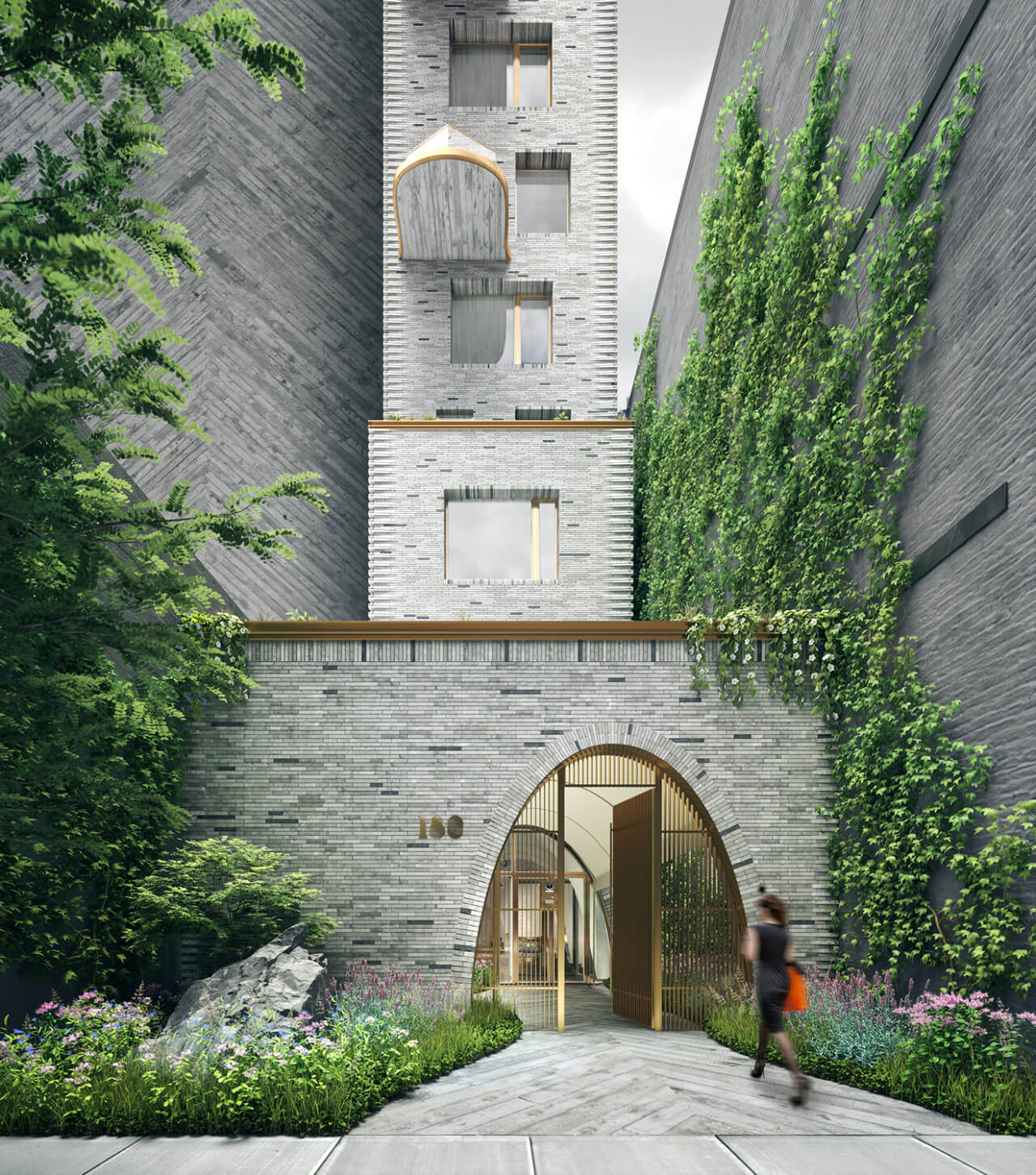 New York’s Upper East Side neighborhood is home to an eclectic range of scale and style largely thanks to its early history; a few blocks from the marble and limestone chateaus sprinkling Park Avenue are the brick and stone Neo-Federal and Georgian townhomes from the late 19th century. As nesting ground for some of the most expensive housing in Manhattan, it’s no surprise that new developments continue to rise especially as zoning allows for higher density and taller envelopes.

Within the smaller historic district of Carnegie Hill, one of the latest additions is the 50-story residential building at 180 East 88th designed and developed by DDG with the architect of record, HTO Architect. The textured façade features a grey waterfall of hand-laid brick from Danish family-owned manufacturer Petersen Tegl, celebrating traditional craftsmanship with a contemporary twist. Among the small gold accents from the punched window casings are two covered setbacks—starting at the 15th and 48th floor, respectively—that break up the facade with beveled arches and serve as garden outlooks for residents.

DDG was inspired by the boom in mid-rise masonry that occurred in the ’20s, specifically citing the work of Ralph Thomas Walker, in an effort to recoup brick detailing that has been recently lost to commoditized panel systems. A concrete sheer wall serves as structural support at the north section of the herringboned facade. The rest of the system was derived from a size and coloration percent mix from DDG which then served as a palette for the 600,000 bricks that were individually hand-laid by masons from Petersen Tegl.

“The brick-making process,” said Joe McMillan founder and CEO of DDG, “is one that has changed many times over the past 100 to 1,000 years. There are very few brick makers that still use the old process of wooden form that includes molding the clay, pushing it into the form, pushing it out, firing it into the kiln the same way it was done generations ago”. Each brick was fired by hand with coal at the same brickworks in Nybøl Nor, Denmark that was founded 230 years ago. Three shades of the Kolumba brick, ranging from light grey to an ashy black, were used, with none alike. Upon closer inspection, a thumbprint from the brick mason who created it can be seen on each individual brick. The main detailing is highlighted at the flared corners, the lintels, and the unique curve of bricks that snakes around the main entrances.

A 20-foot mockup of the brick facade was completed with punched Italian Albertini windows to endorse the tactile facade. “There’s excitement when designing the details, [such as the angle of the arches] but there’s something truly special when a building is complete. Especially knowing the building is going to be around much longer than any of us are,” added McMillan.