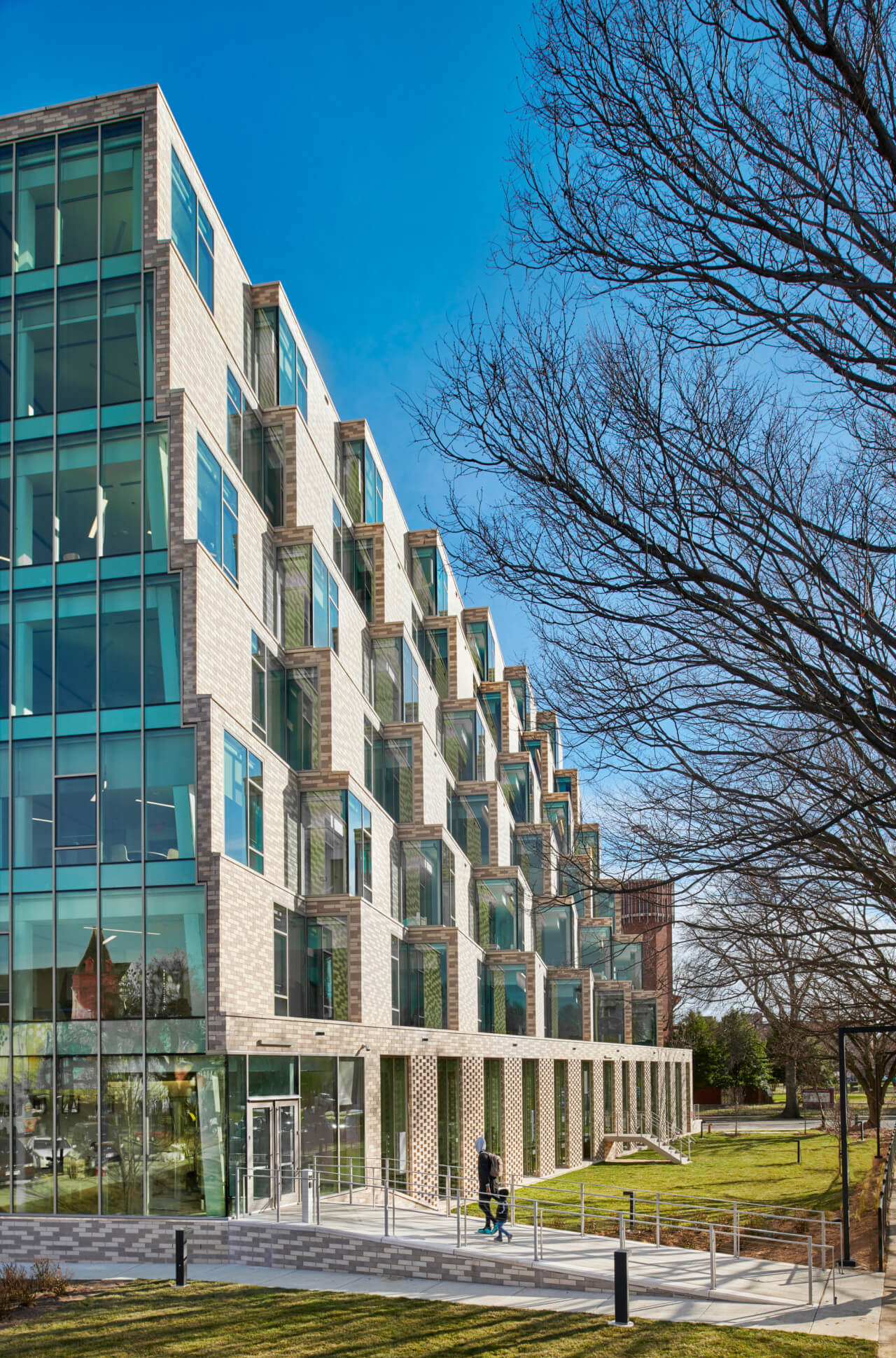 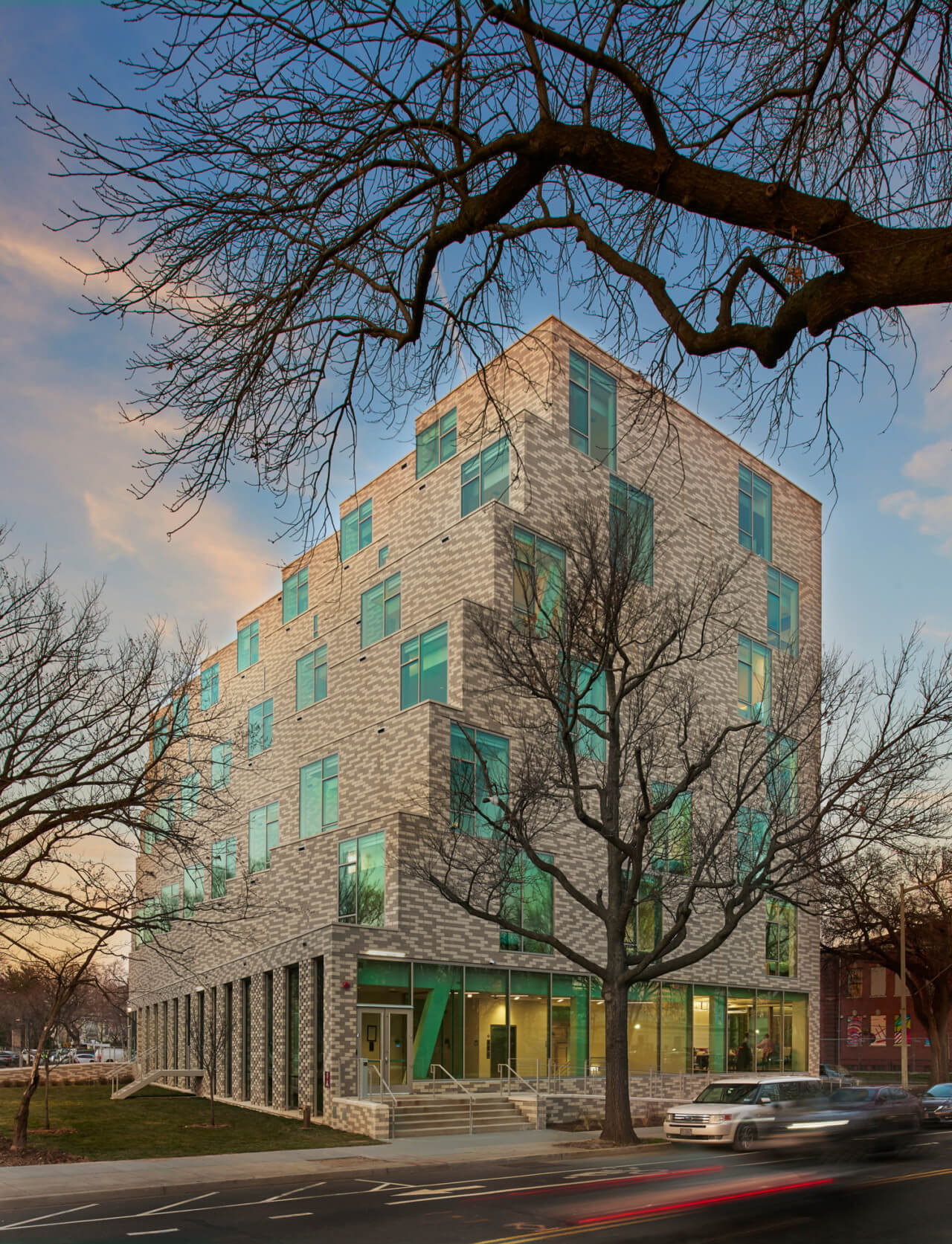 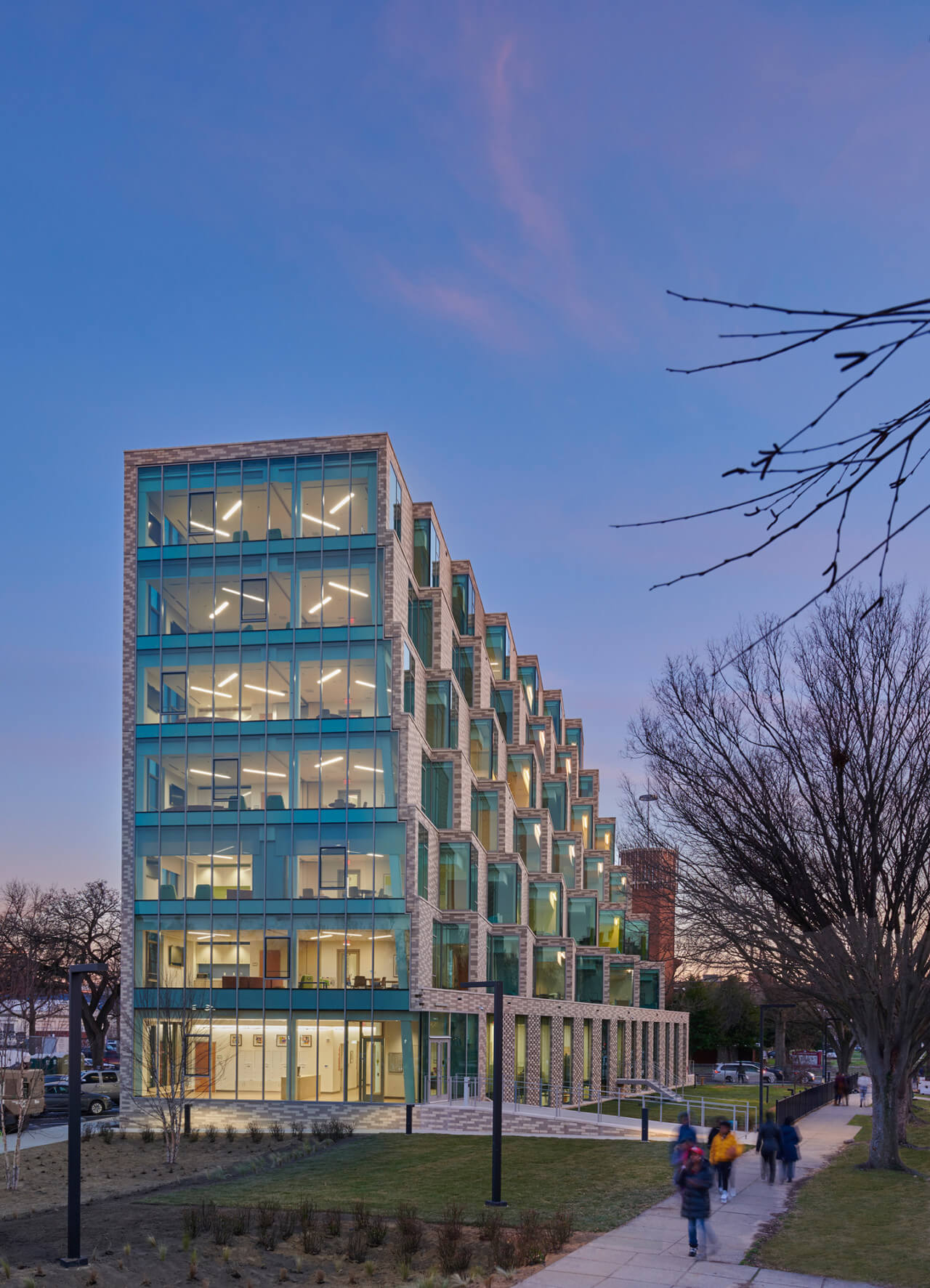 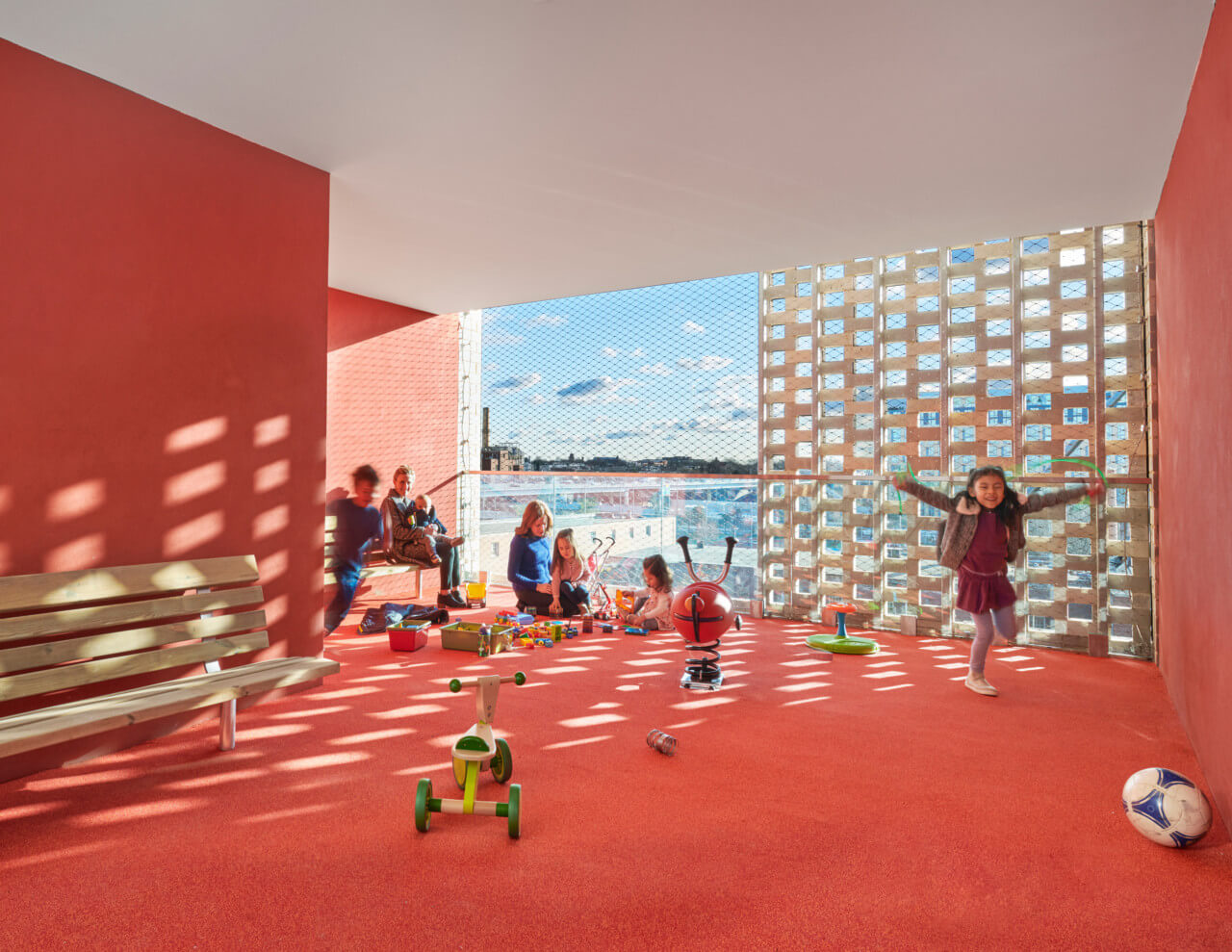 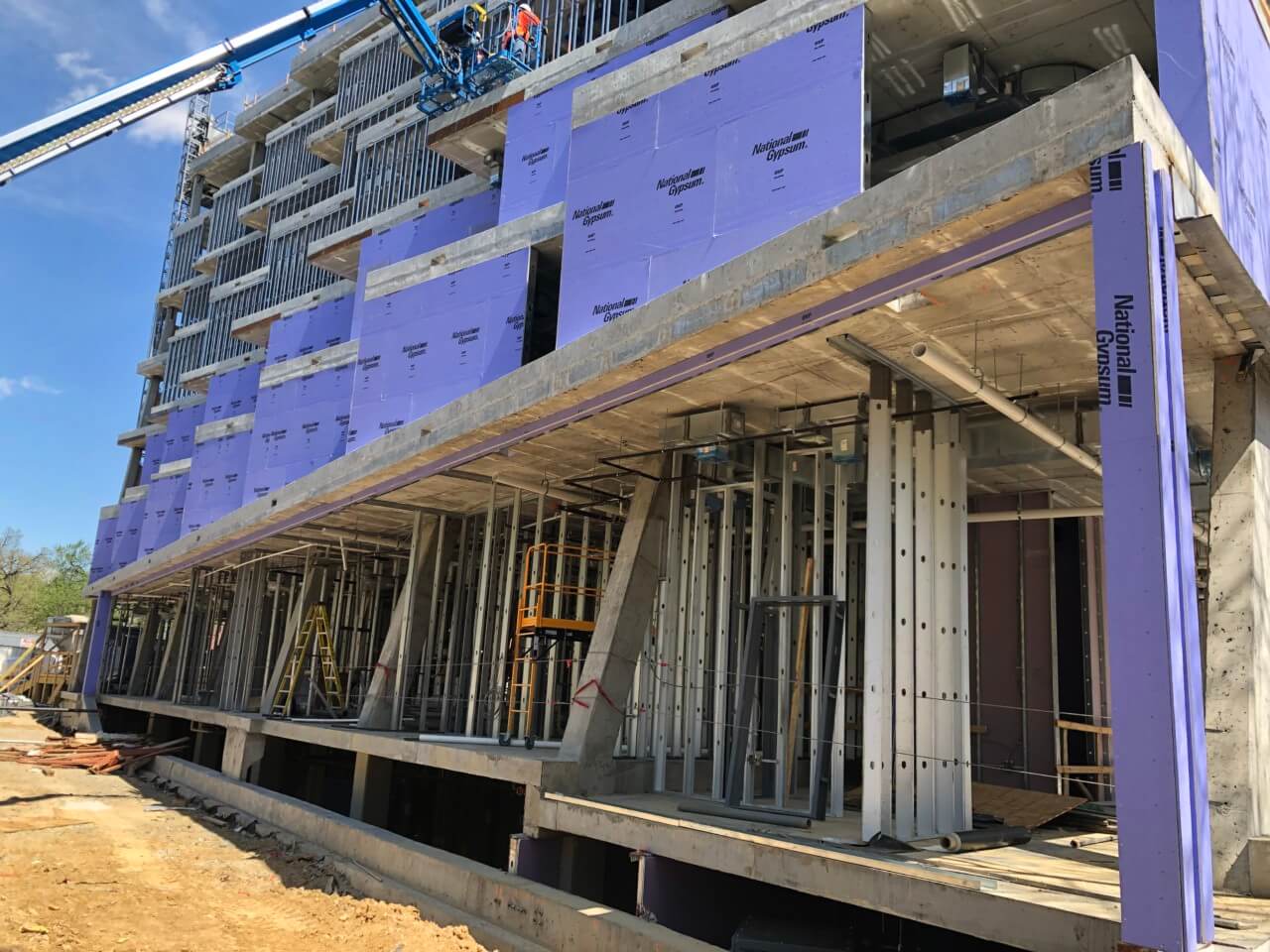 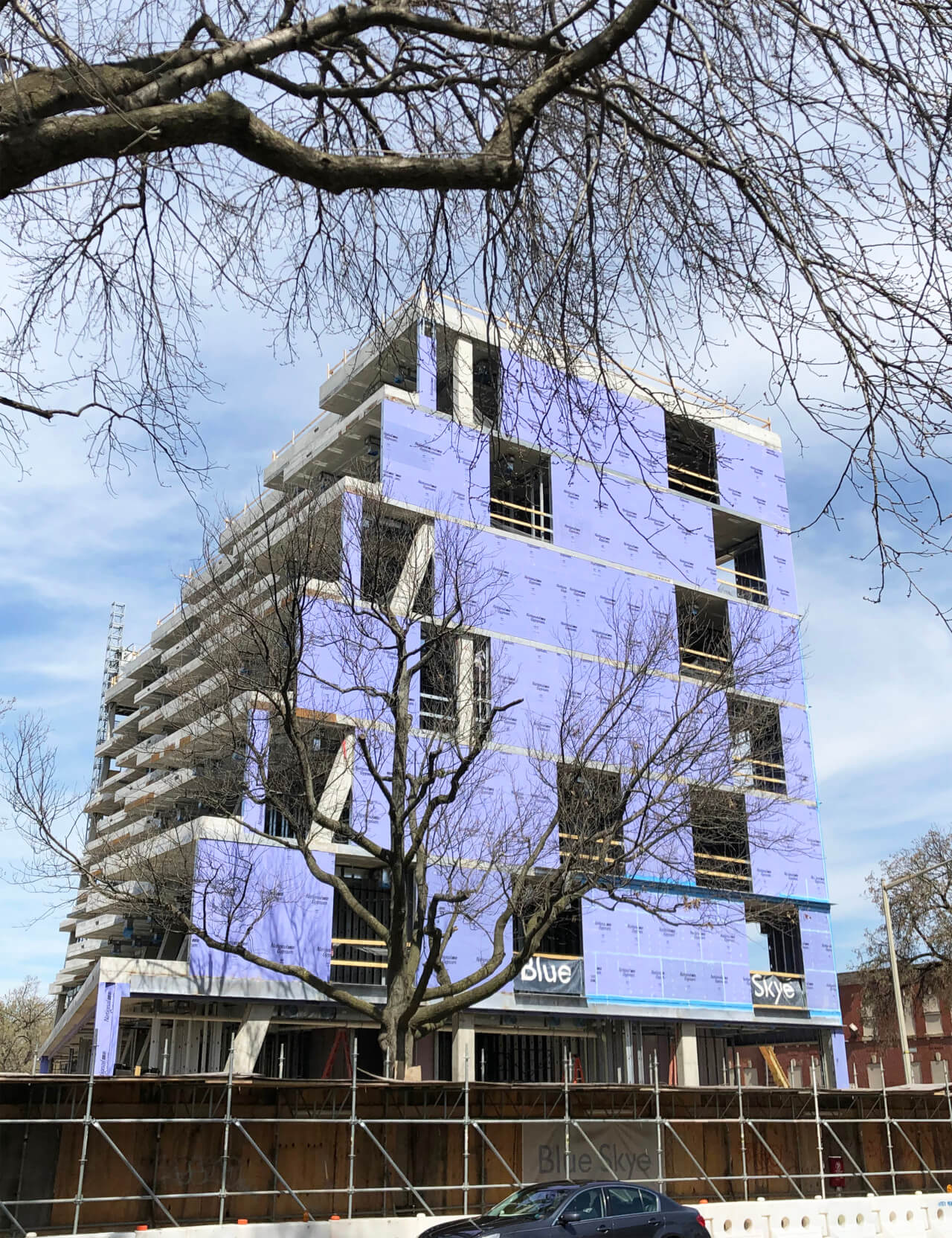 <
►
>
The north facade is all glass to maximize views of the U.S. Capitol from the community rooms on each floor (Hoachlander Davis Photography)

In an effort to improve services for homeless families in Washington, D.C., Mayor Muriel Bowser officially closed down the city’s largest hospital-turned-shelter, DC General, in 2018. Simultaneously, an initiative to decentralize short-term housing to each of the city’s administrative wards was announced. Studio 27 Architecture and LEO A DALY responded to this call with the Aya, a social housing design that aimed to alleviate the issues residents previously faced, respect Pierre L’Enfant’s arterial streets, and most importantly incorporate early community engagement. Set on an isolated triangular lot, the seven-story building hosts 53,000 square feet of short-term housing for up to 50 families in need of emergency shelter.

The building intentionally has no “front” or “back” as requested by the existing community. Each facade is a fresh face with no hierarchy: the east elevation hosts a flat brick wall with a checkerboard of windows illuminated with color, the glassy north face allows the community rooms on each floor to look out to expansive views of the Capitol, and the west facade’s cubed massing is extruded to provide each unit with green terrace space. Individual and group input from the local waterfront neighborhood was key for the designers to achieve a successful project and to navigate the many community and zoning board meetings required.

“Before a single line was drawn to paper the architecture team met with an advisory board of residents to identify the most important aspects of the local context. We heard from the community that the design needed to be compact and tall as opposed to sprawling across the property so that the existing green space on site was preserved,” said project lead and associate principal at Studio 27, Jacob Marzolf. Bounded by the small island lot, the Aya preserves the open land at the North end of the site originally owned by the National Park Service.

The brick facade assembly, manufactured by ACME, incorporated utility-sized bricks to allow for larger openings and more daylight to reach the communal spaces. The stepped and extruded west facade works around the existing tree canopies while simultaneously maximizing light for the residential units lining that edge.

The building was constructed on a post-tensioned concrete structure to avoid placing columns in the corner of the ziggurat-shaped massing. These cantilevered corners quietly hide structural elements to allow for the unobstructed viewshed along LEnfant’s Delaware Avenue, an original arterial street from the French urban planner and architect who designed the Washington, D.C., city grid. Thoughtful design led to separate entrances for the short-term housing and existing clinic, something neighbors wanted to reinstate for the new project.

Responding to the idea that homelessness is not a singular experience but rather a continuum, the Aya hopes to define a new housing prototype that can help alleviate cities that have significant shortages of affordable housing. “The most rewarding aspect of realizing the Aya was helping families during their most vulnerable times by creating a safe, clean, and healthy environment for them to live in. We believe that all people deserve a standard of care and that architecture can play a pivotal role in helping people. Through the thoughtful use of massing, natural light, views, color, and warm materials we can create humane living environments for everyone,” added Marzolf.