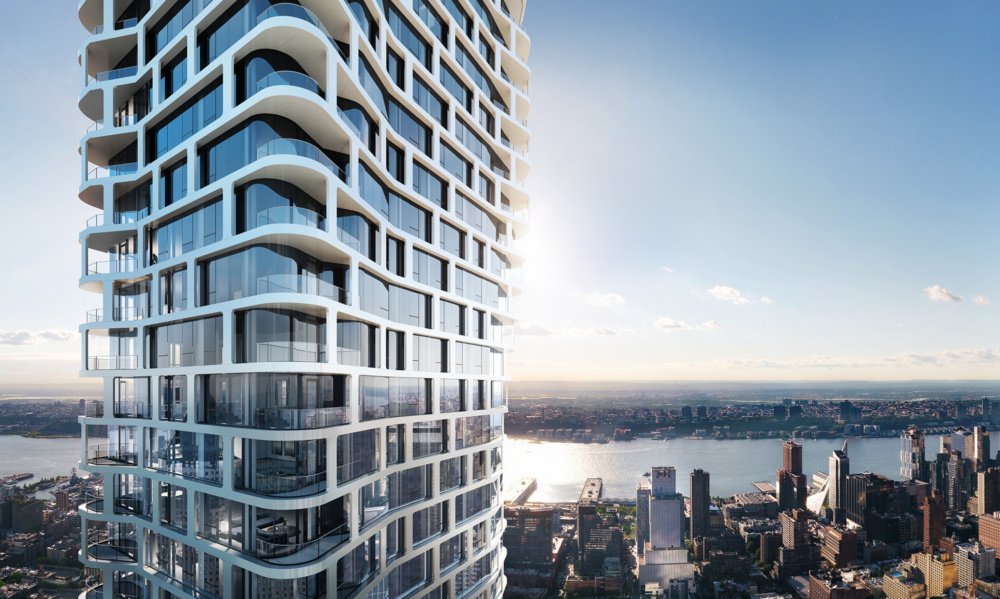 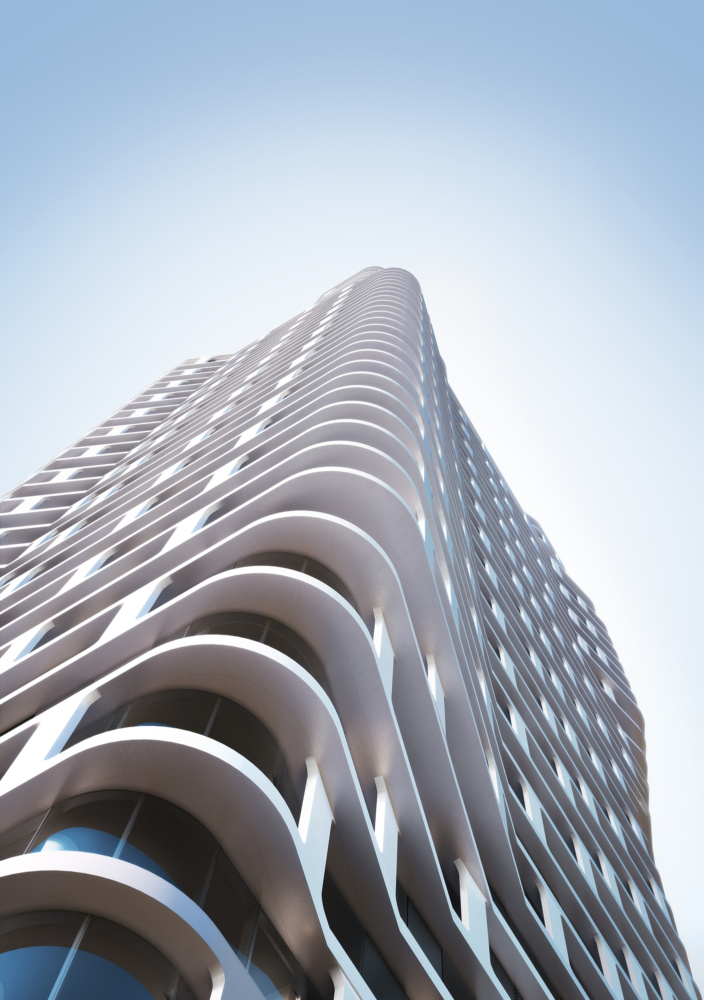 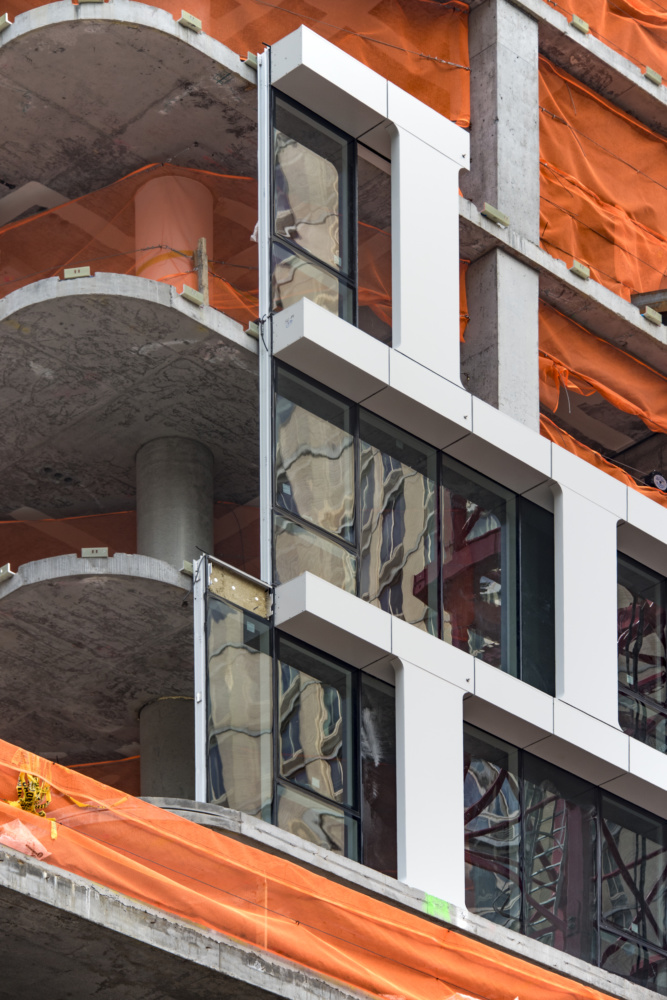 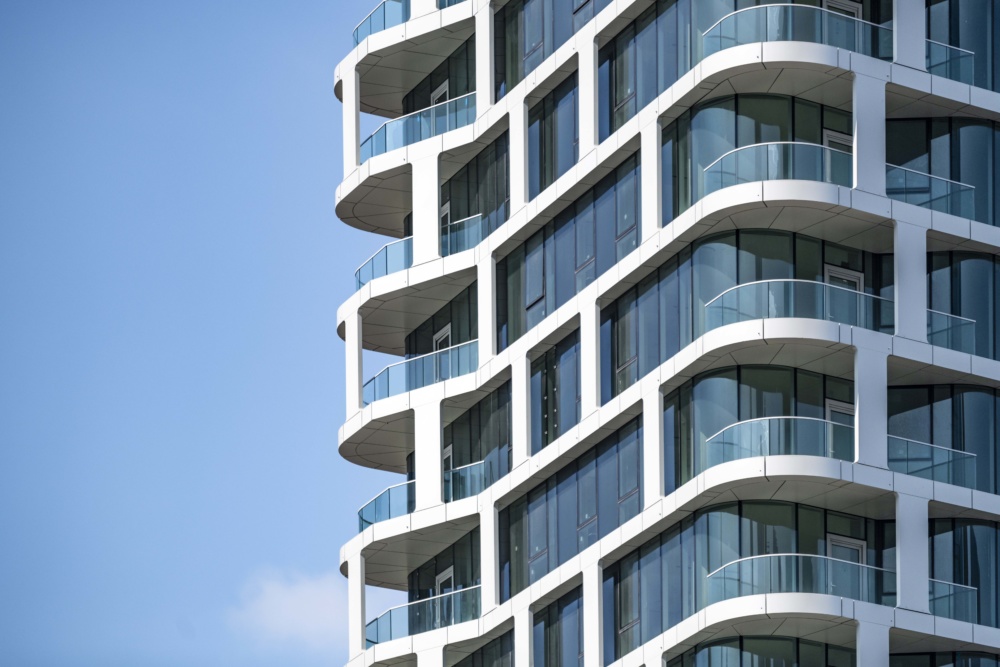 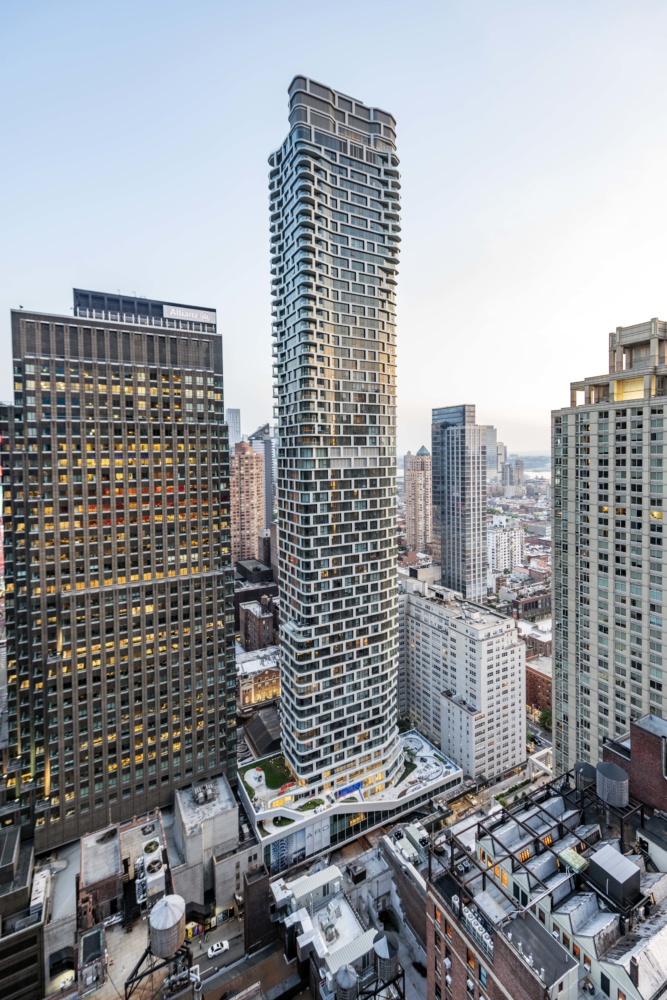 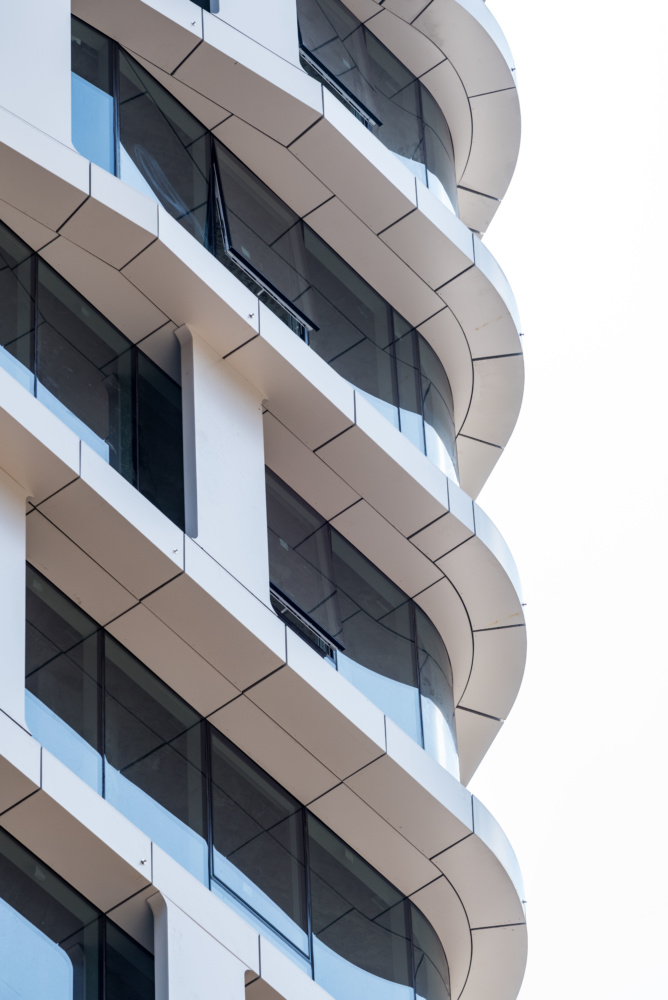 <
►
>
The concrete structure of the ARO is highly visible and forms a series of undulating ribs. (Courtesy ARO)

New York-based architectural practice CetraRuddy is no stranger to designing residential skyscrapers in Manhattan, with a body of work differing from typical contemporary glass stalagmites thanks to the inclusion of significant swathes of stone and metal. ARO, a slender 62-story tower located in Midtown West that wrapped up this year, continues this trend with a facade of undulating and shifting floorplates clad in a skin of aluminum composite panels and enclosed with tinted float glass.

The 540,000-square-foot tower rises from the center of the site to further the distance from the adjacent properties to the east and west, a measure taken to maximize the building’s allotted zoning height and overall daylight penetration. DeSimone Consulting Engineers handled the tectonics of the project’s structural system. “To adequately support the slender building,” said the structural team, “the tower’s structural system is comprised of steel columns at the foundational level, reinforced concrete shear walls with flat plate concrete floor slabs, and reinforced concrete columns. Overall, construction utilized 34,000 cubic yards of concrete.”

The structure is just one of the visibly outward elements of the overall design and the floorplates protrude as a series of undulating ribs from the narrow vertical form. Across the four elevations, the structure is key to the articulation of the six different curtain wall modules with differing ledge depths corresponding to the placement of the glass modules. Eighteen-inch-deep, white Reynobond aluminum composite “fenders” cap the floorplates, soffits, break up the floors as thin rectangular columns, and act as integrated solar devices. “The sun is a friend of this building; the sky is reflected in its glass and the metal fender protects from undesirable solar gain and glare,” said CetraRuddy. “The projecting undulation captures the sunlight, giving the facade pleasing depth and visual interest.”

As a result of the tower’s shifting floor plates and undulations, the glass modules shift in their alignment from being stacked directly atop one another to a quasi-stepped appearance. Each panel is approximately four feet wide and 11 feet tall, and are fastened to the floor plate with steel embeds. The glass, a tinted float glass produced by Guardian Glass with a remarkably lower heat coefficient than typical coated clear glass, was custom assembled by systems producer BVG Glazing Systems.

John Cetra, Founding Principal of CetraRuddy, is co-chairing The Architect’s Newspaper’s Facades+ NYC conference on April 2 & 3 and will present the ARO in the afternoon panel “Optimizing the Form.”