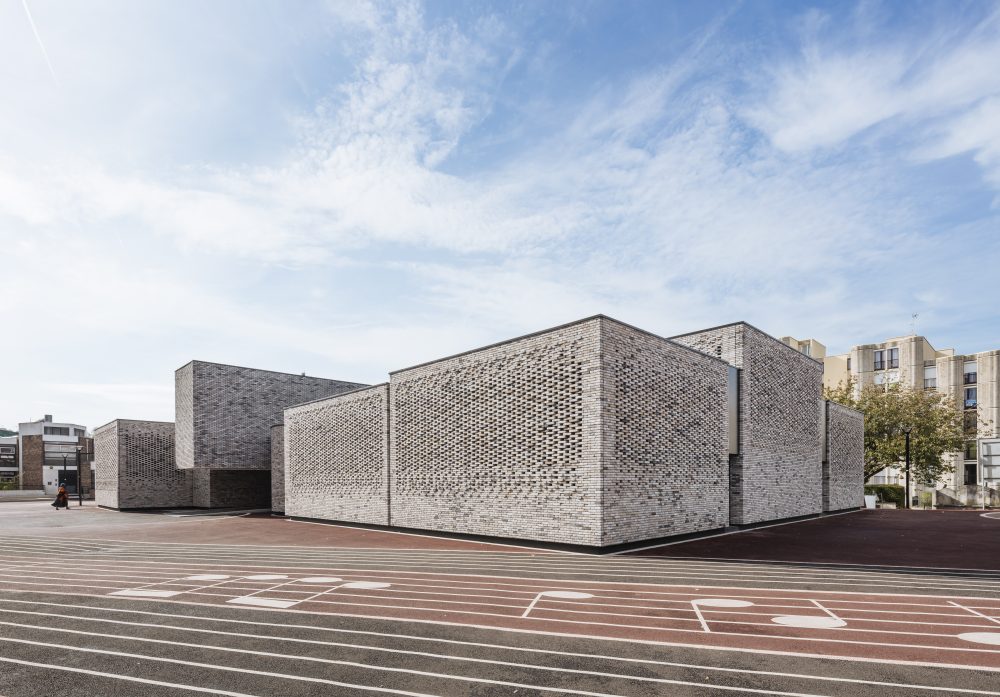 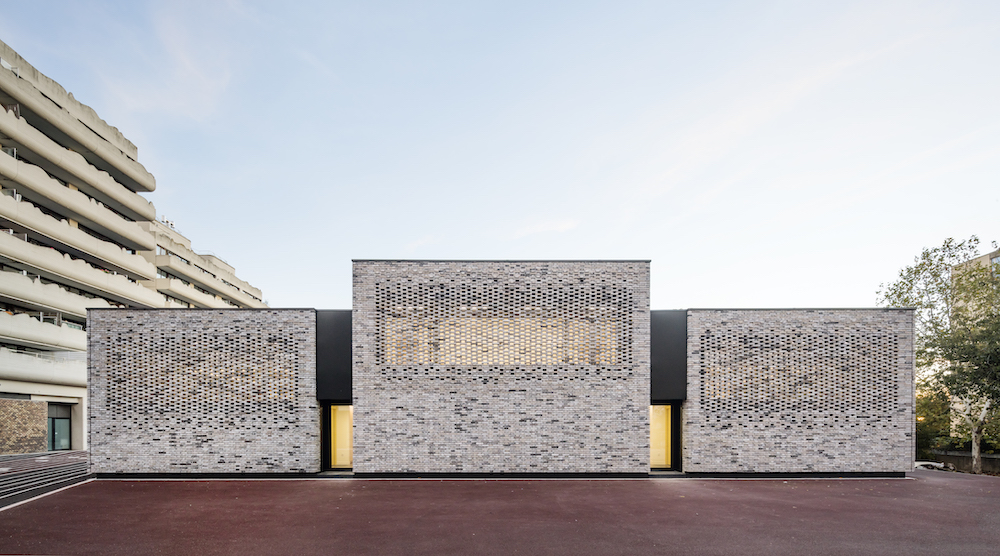 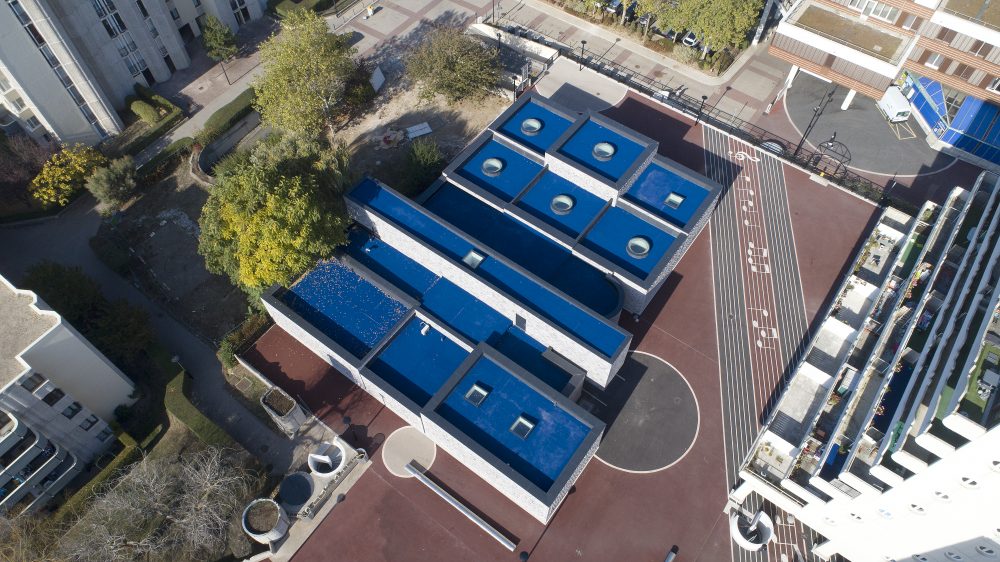 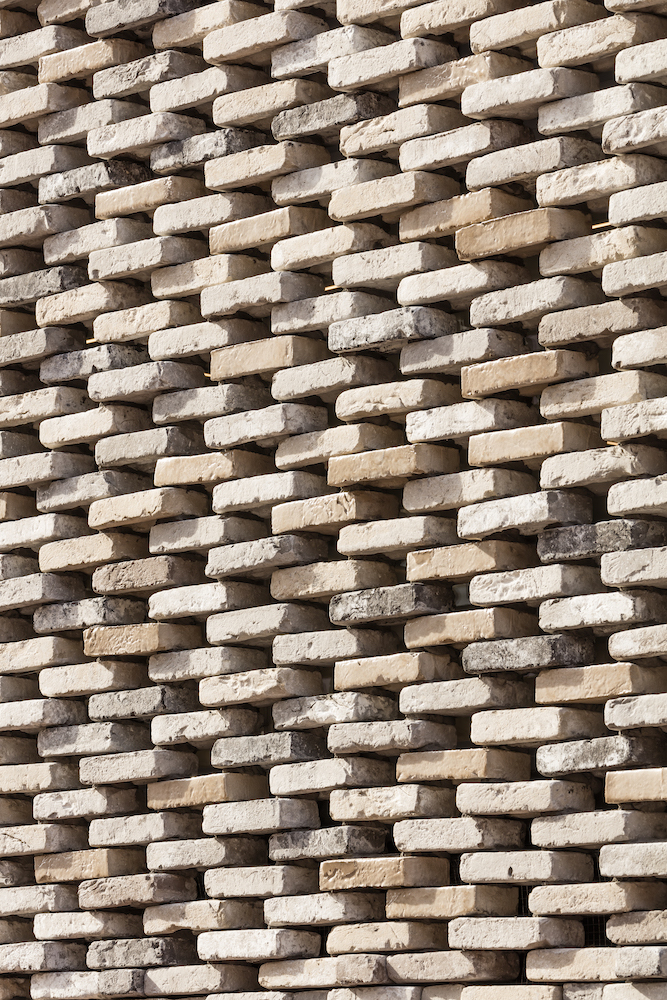 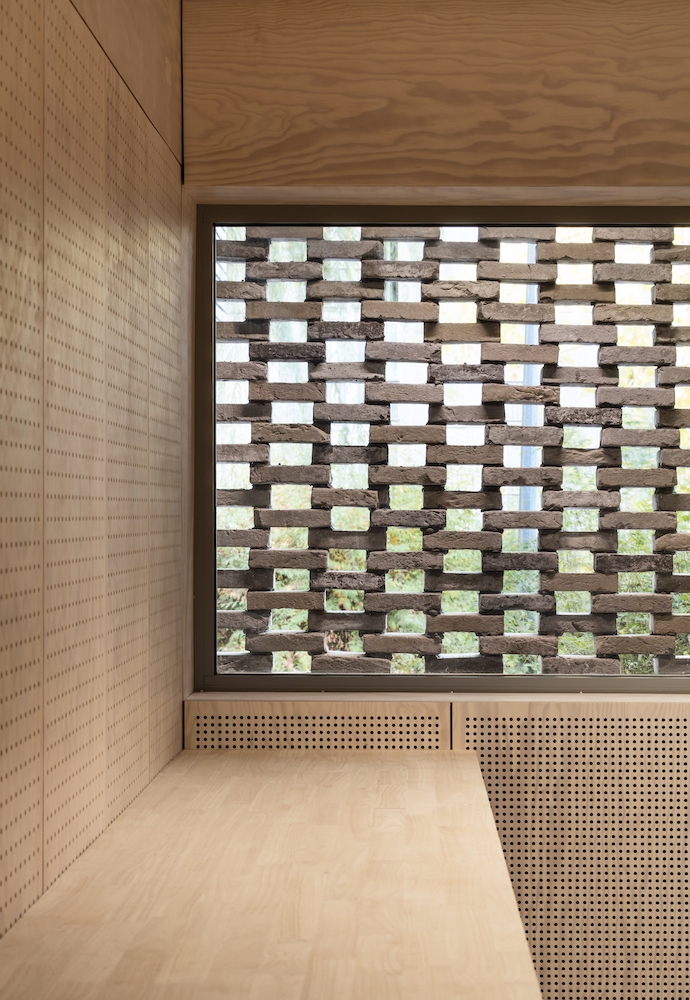 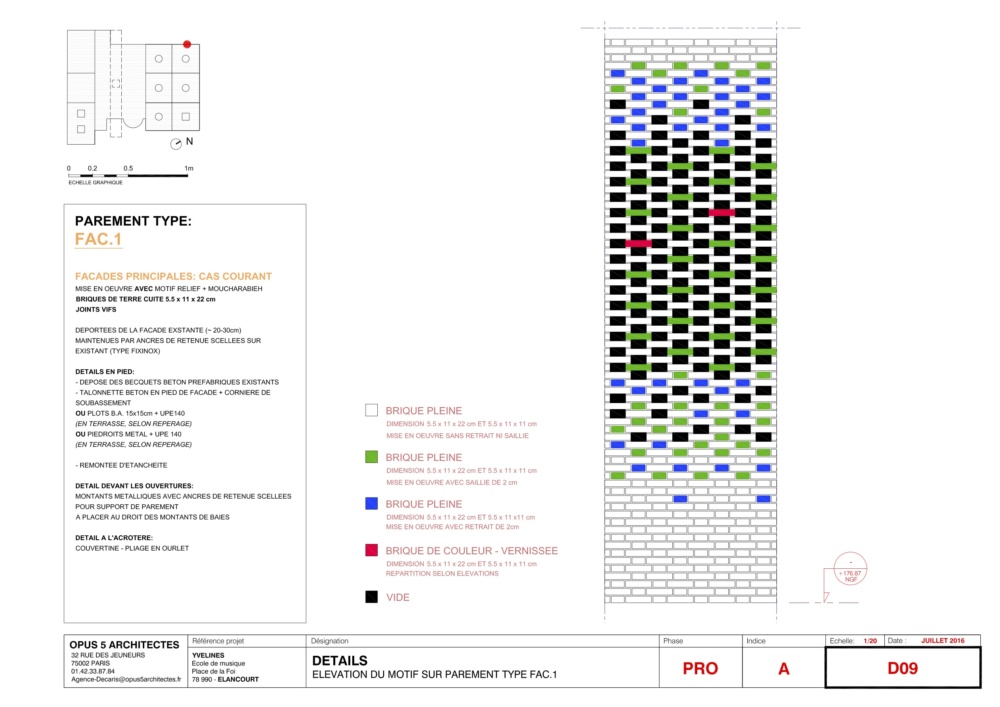 Located on a prominent site within the town of Saint-Quentin-en-Yvelines, 20 miles from the center of Paris, the Elancourt Music School is a weighty two-story structure clad in hand-made bricks that stagger to create a series of apertures to illuminate interior spaces. The nearly 10,000-square-foot project was designed by Paris-based Opus 5 Architectes and completed in October 2018.

Saint-Quentin-en-Yvelines is one of six major “new towns” built around Paris during the 1970s. The settlements are marked by their towering brutalist structures, and the Elancourt Music School is housed in the district’s former ecumenical center, a centrally placed concrete structure originally designed by French architect Phillippe Deslandes. Opus 5 reskinned this concrete building with a new brick veneer to establish the structure’s new identity.

For the fabrication of the facade, the design team turned to the centuries-old Austrian brick manufacturer, Wienerberger. The bricks, all roughly measuring eight-by-four-by-two-inches, are held in place by tie rods and a thin layer of mortar. Each application of mortar is recessed and measures under an inch deep, providing the facade a mortar-less appearance.

The bricks, which come in a range of grayish shades, are generally arranged in a stretcher bond format—alternately showing long and short sides. This formal arrangement breaks as the bricks shift apart to form mashrabiya-inspired sunscreens.

“The idea was to begin at the bottom, without relief or mashrabiya, as an opaque and simple brick facade which progressively moves into sinusoidal and wavy relief and texture to be widely opened along the interior windows,” said Opus 5 Architectes project manager Hùng Tôn. “Once we gave rules for the pattern, the shades of color (from light gray to dark charcoal, with some light brown) and texture (matte and glossy) came randomly during the construction of the brick walls to keep dynamism on this skin.”

Throughout the design process, Opus 5 Architectes collaborated closely with the facade manufacturer to establish the structure’s monolithic character—Wienerberger considered the use of timber and metallic frames to cantilever the brick over the school’s primary entrance.

“According to Wienerberger, the main brick reference used in the project (Rustica Oud Leerne) was never executed like this—visually mortarless, with mashrabiya patterns,” continued Tôn. “The project is novel, so it was an interesting exercise for the manufacturer too.”