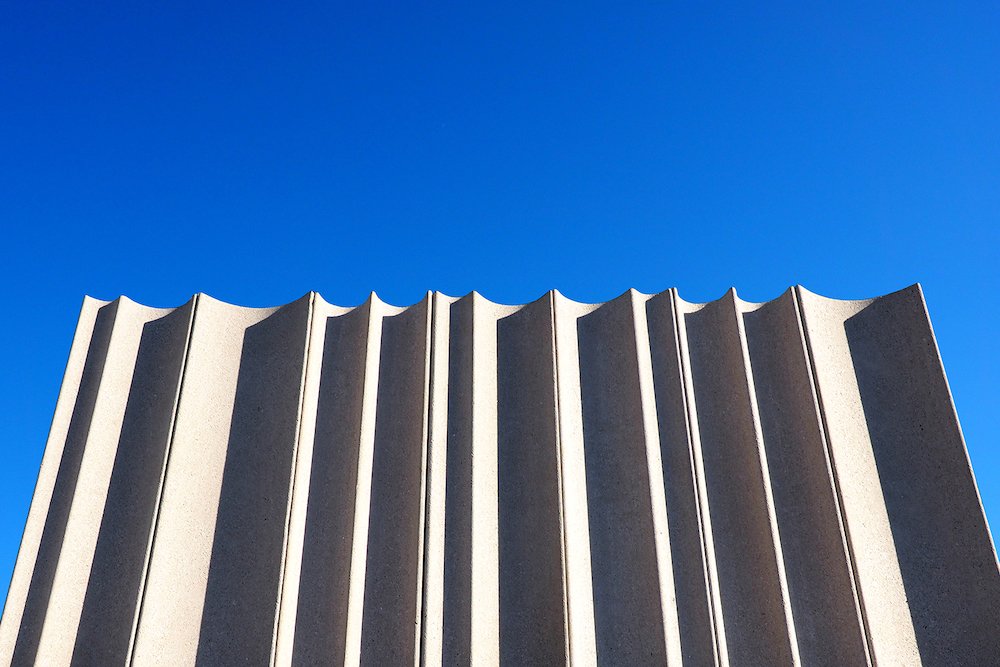 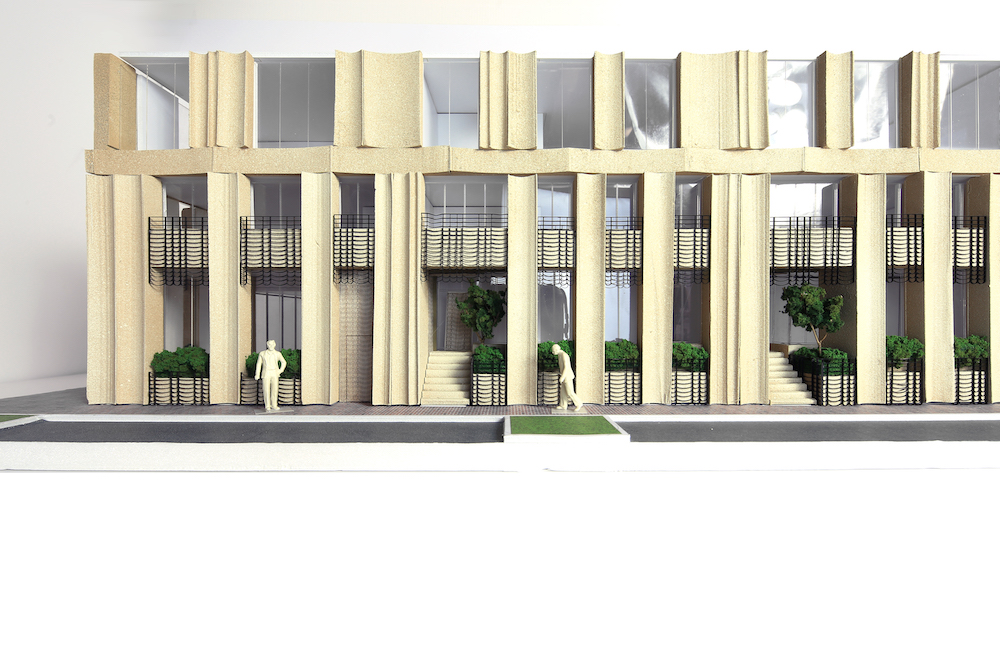 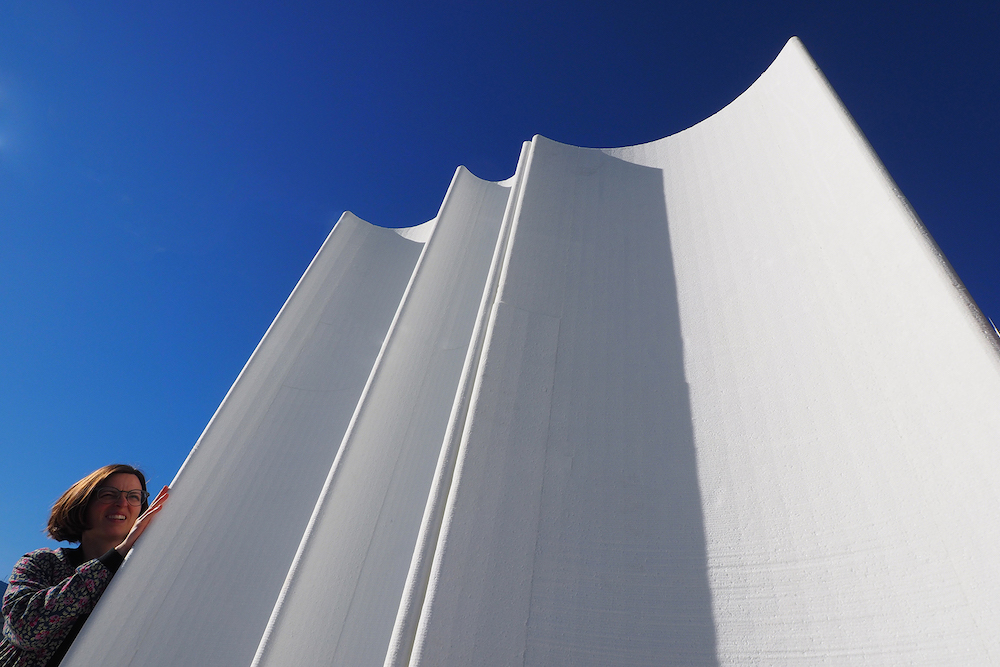 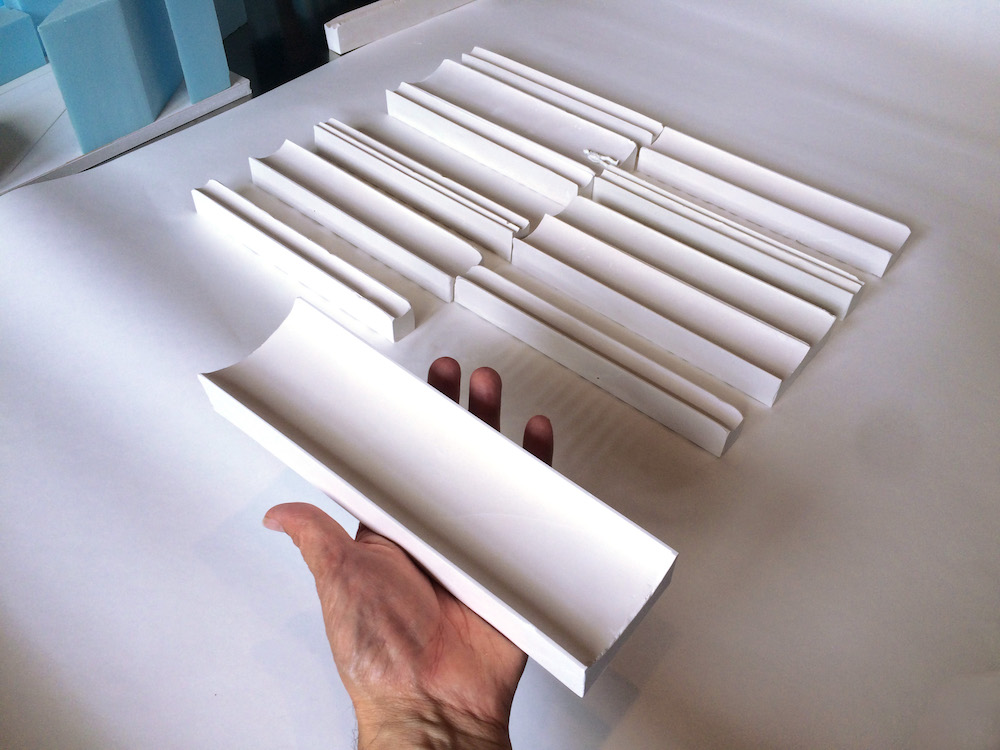 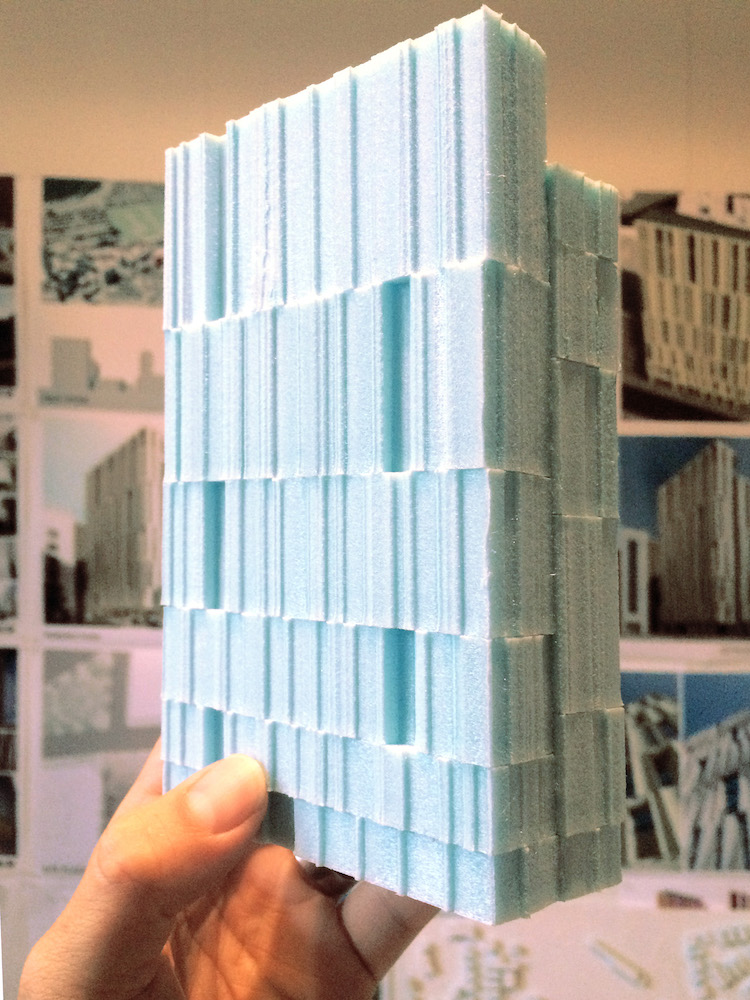 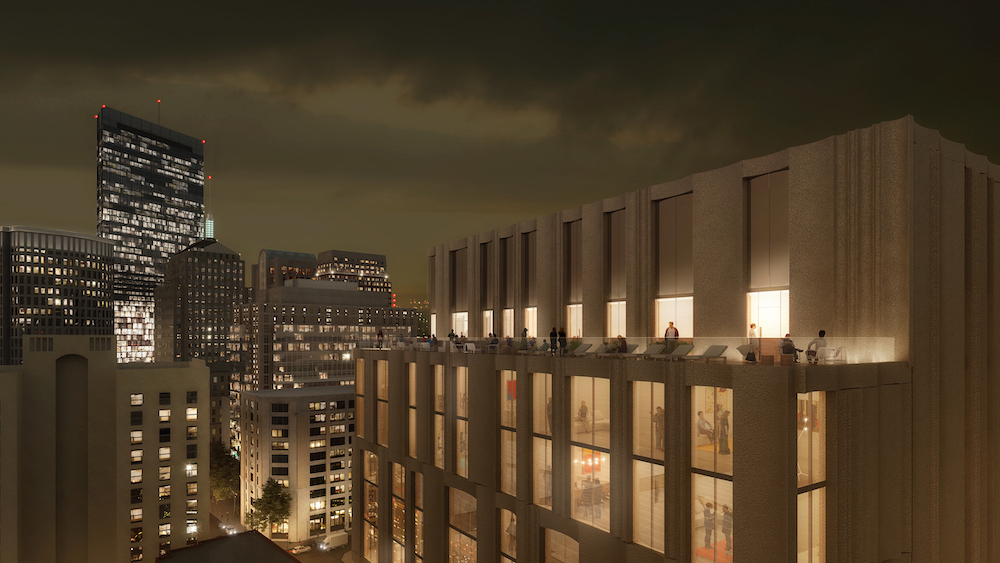 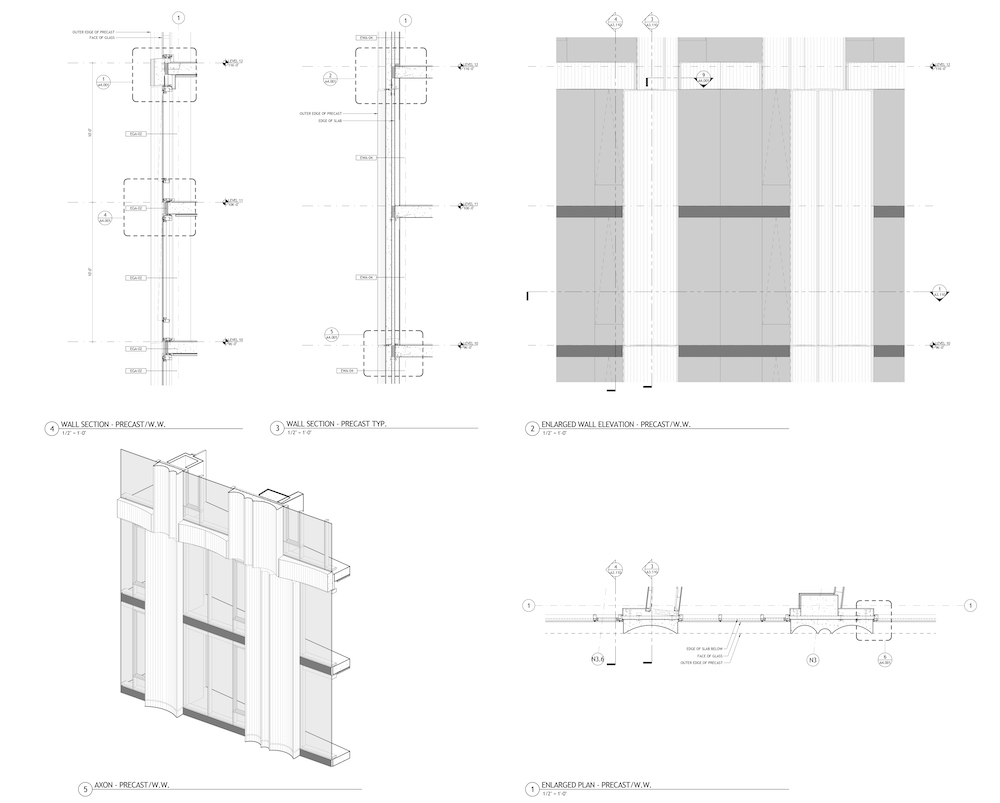 Breaking ground later this year, 212 Stuart Street is located on the northern edge of Boston’s Bay Village Historic District between two very different contexts: a midrise commercial corridor and the 19th-century enclave of brick rowhouses. Architecture firm Höweler + Yoon was challenged with bridging these distinctive neighborhoods via a 20-story residential building that is contemporary in design but still deferential to the landmarked neighborhood.

The architects found inspiration in the masonry buildings in the area, notably the fluted piers on a nearby 1930s garage dubbed “Motor Mart.” In response, they designed a series of super-scaled precast concrete panels to break up the relatively straightforward massing of the high-rise building into “courses” of varying height.

The facade is constructed from 14-inch-thick concave panels whose rhythms produce a dynamic play of light and shadow; there’s a depth and richness to the facade that echoes the surrounding historic architecture. The design was developed and refined over many iterations and with many physical models. The developer-client was won over by the idea with a small plaster prototype of the fluting but was ultimately convinced with a full-scale foam mockup created to study the lighting effects and to better understand how the deep concrete panels would affect the views from the inside.

The concave panels and the overall assembly were optimized in collaboration with pre-casters, who helped the architects realize that it would be more efficient to use nine unique panels than the three they initially proposed. Window walls and glass spandrels complete the envelope. The design is more complex than it first appears, with a lot of movement and deflection that required extensive coordination between multiple systems to create the appearance of a single unified building envelope. “Ultimately, we worked out all the details with the help of the pre-caster, the glazier, the facade consultant, and the architect of record, Sasaki,” said principal Eric Höweler. “It’s a very clear diagram, but it turns out that requires a lot of work to get right.”

The design of 212 Stuart Street was a collaborative process during which the architects also worked closely with the Bay Village community—who needed to be convinced. For nearly everyone except architects, concrete has a bad rap in Beantown, and the architects had to prove that they weren’t trying to build another Boston City Hall. The 1930s Motor Mart that inspired their design helped with this: “People thought it was limestone, but it’s actually precast,” noted Höweler. “So we were able to show that there is a way to do precast beautifully. It doesn’t have to look like City Hall.”