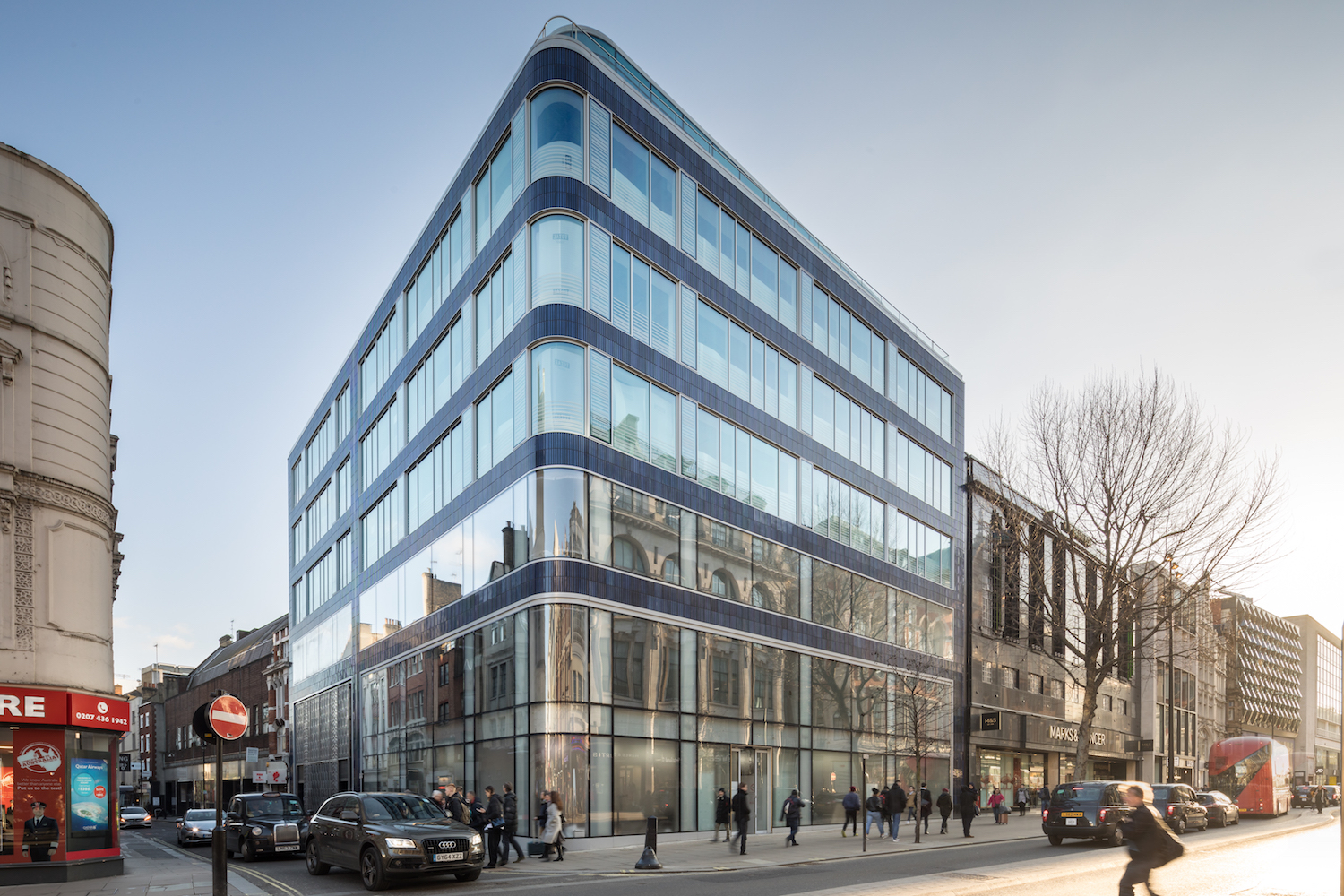 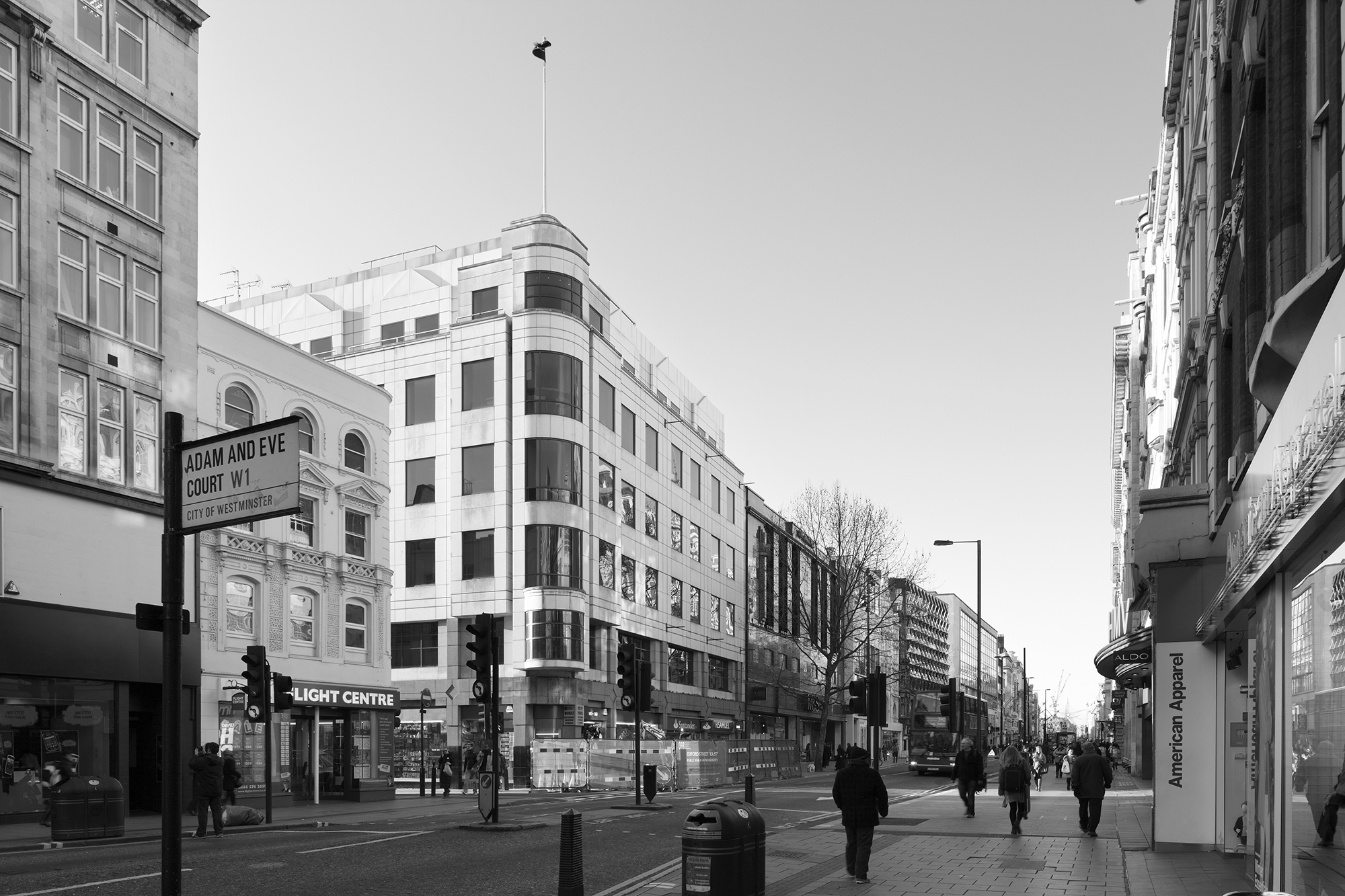 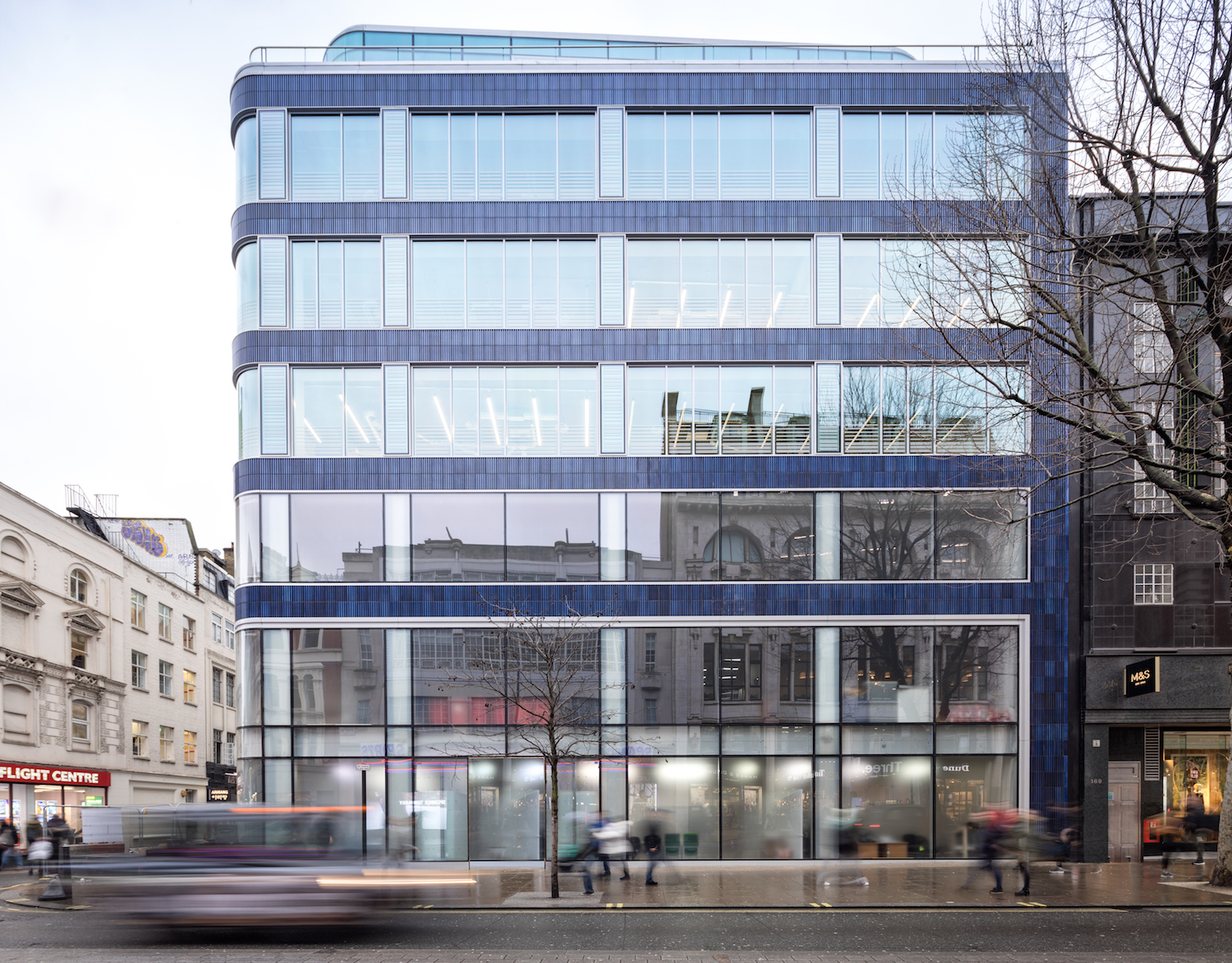 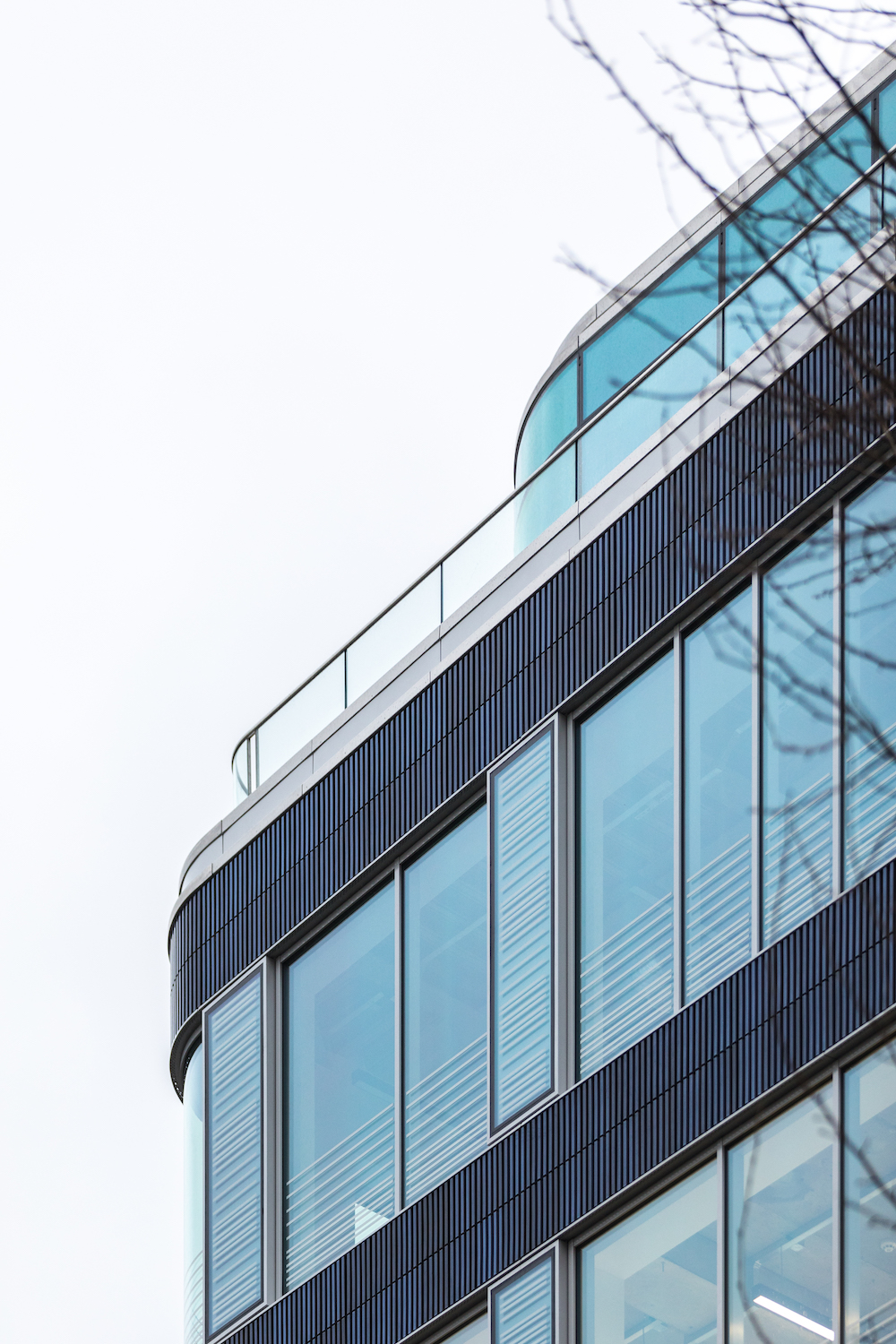 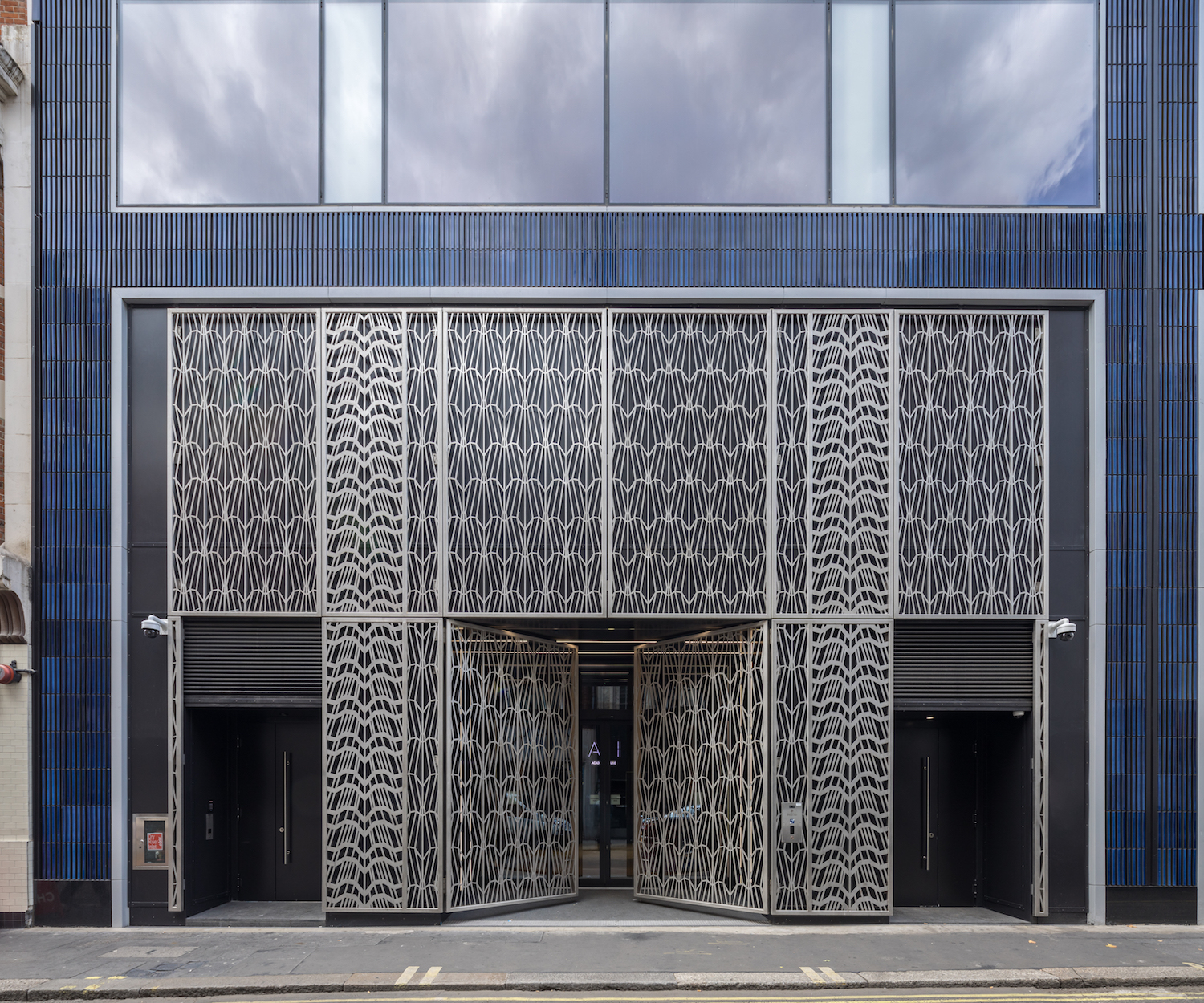 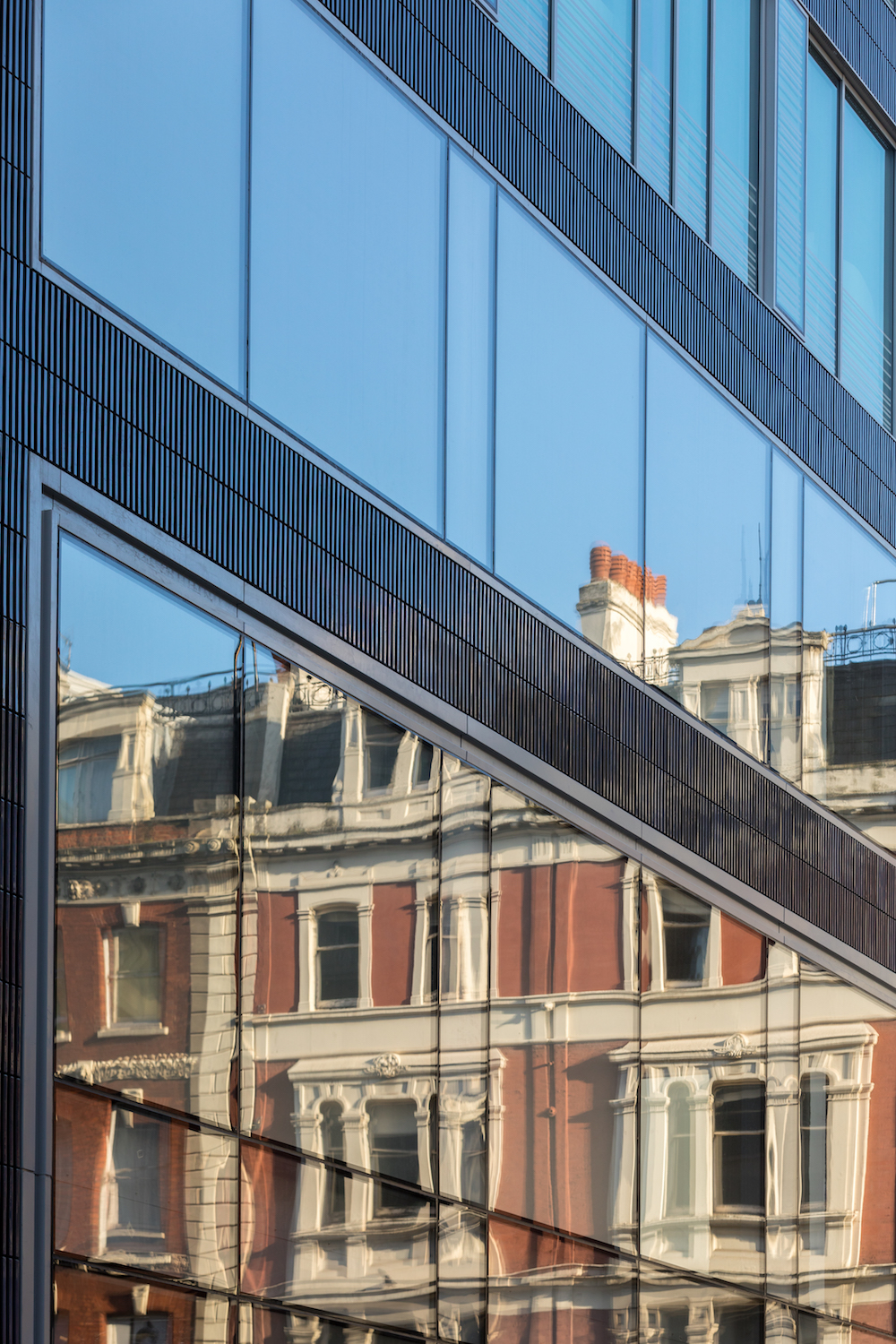 London’s Oxford Street is the primary commercial corridor of the West End, running for a mile between Hyde Park and Tottenham Court Road. A motley crew of architectural styles calls the boulevard home, ranging from the corybantic masonry of the Edwardian era to the streamlined forms of art deco, and, more recently, glaze-heavy modern structures and the overstated expressionism of postmodernism. Such a contradictory setting is rife with opportunities and challenges for any design team, and London’s John Robertson Architects (JRA) embraces that context at the Academy House with a meticulously detailed retrofit of ribbed terra-cotta and ribbons of curved and fritted glass.

The seven-story project is located on a prominent corner site and replaces a limestone-clad structure with boxed windows originally built in the 1980s. The removal of the limestone facade occurred over the course of four months and was followed by a three-month fit-out of the internal structural alterations. “JRA demonstrated that retrofitting the existing building and extending it was a cost-effective and sustainable option,” said JRA director John Robertson. “The design kept the existing concrete frame and internal core within the existing building and by infilling the atrium we created new office floor plates.” In total, the project encompasses approximately 56,000 square feet of internal space.

The terra-cotta facade, in terms of detailing, is a relatively conventional rain screen system that wraps the Academy Houses’s spandrels and concludes at the abutting property lines as quasi-pilasters. The system was customized through a collaboration between JRA and Lancashire-based manufacturer Darwen Terracotta and Faience and centuries-old masonry specialist Szerelemy. That collaboration proved key in developing the unique and striking corduroy-like patten of the terra-cotta panels, which were treated with a variegated dark-blue glaze. While there are slight variations in size, the standard panel measures approximately one-and-a-half feet-by-one-foot.

“These were crafted to fit the required specification and detailing through experimentation and after more than 30 different mock-ups, we found the color and hue that we felt was appropriate for the location,” continued Robertson. “We opted for the variegated glazing to obscure the existing concrete columns and divide the building into window bays to break up the rhythm of the facade. The result is a facade that revives the knowledge and skills of traditional techniques to produce terra-cotta cladding, that is appropriate for London and will weather better than masonry cladding.”

The glass curtain wall was assembled and installed by German fabricator MBM-Dobler, and glazing was supplied by Cricursa and framed by a Schuco facade system. The glass panels come in two sizes; 9-by-8-and-a-half feet for the two-story retail base, and 8-by-5-feet for those above. The ribbons of glazing sweep across the facade, and, notably, are intermittently horizontally fritted to obscure internal columns and are dramatically curved at the intersection of Oxford and Poland Streets.