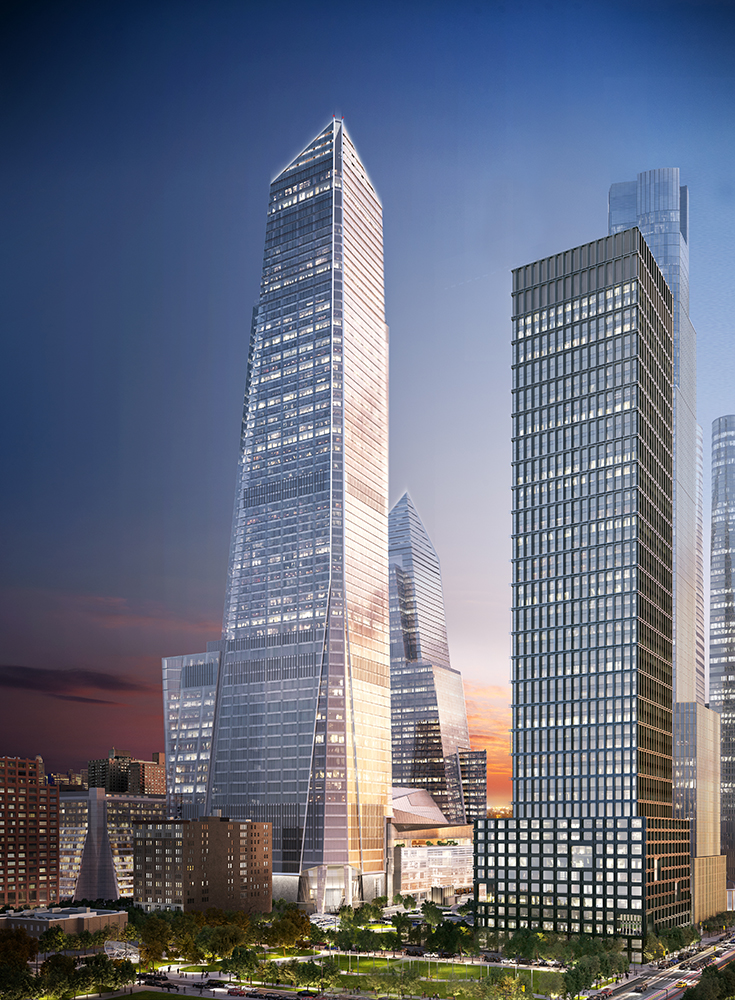 On July 17th, Kohn Pedersen Fox Associates’ 30 Hudson Yards topped out at just below 1,300 feet. The project broke ground in 2012 and has been steadily rising for half a decade towards its summit.

A cantilevered observation deck juts 65 feet outward from the building’s mass, protruding just below the peak of the building at 1,100 feet. The 7,500 square-foot observation deck is built of 15 constituent sections, which are anchored to the tower’s east and south elevations. The great height of the topped-out structure, and it being built over the still active Hudson Yards, required the intensive use of steel. From the complexly-engineered super truss at the building’s foundation to the structure’s crown, the design involves the use of over 40,000 pieces of steel weighing approximately 91,500 tons.