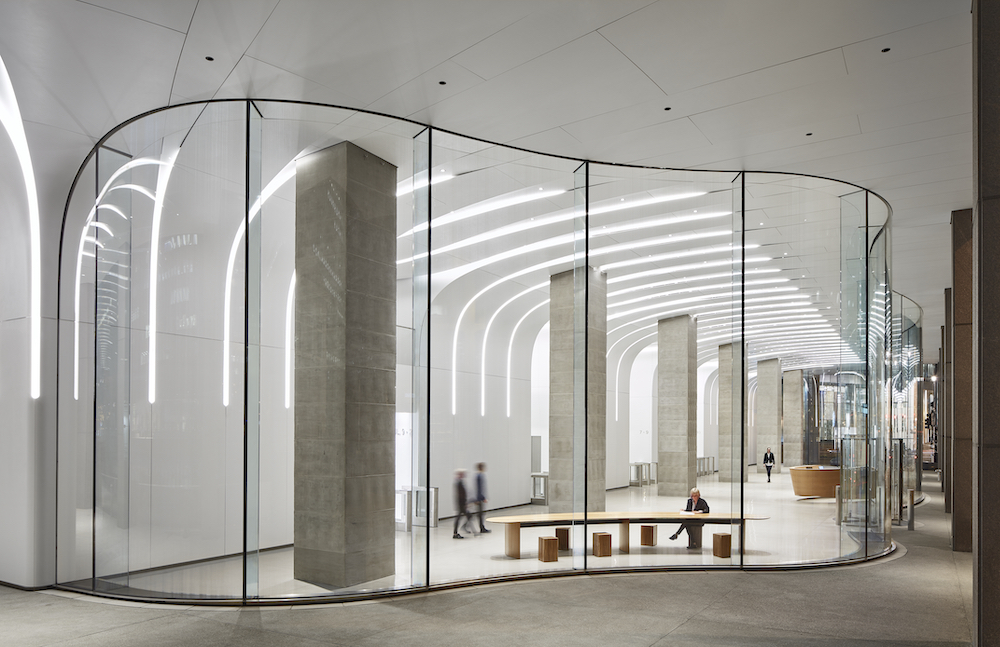 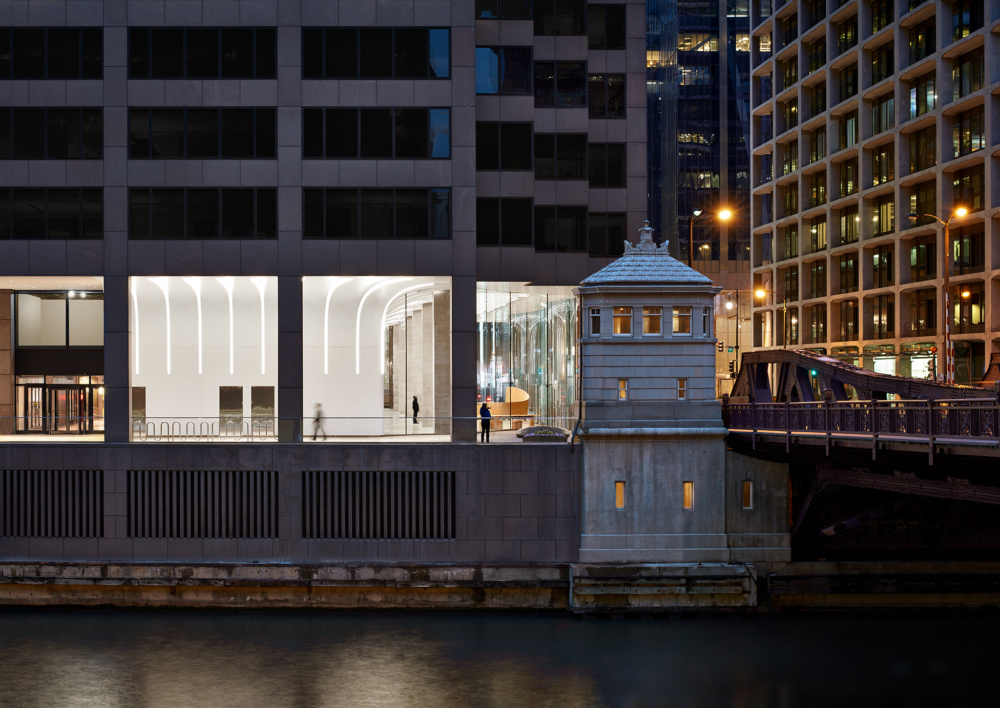 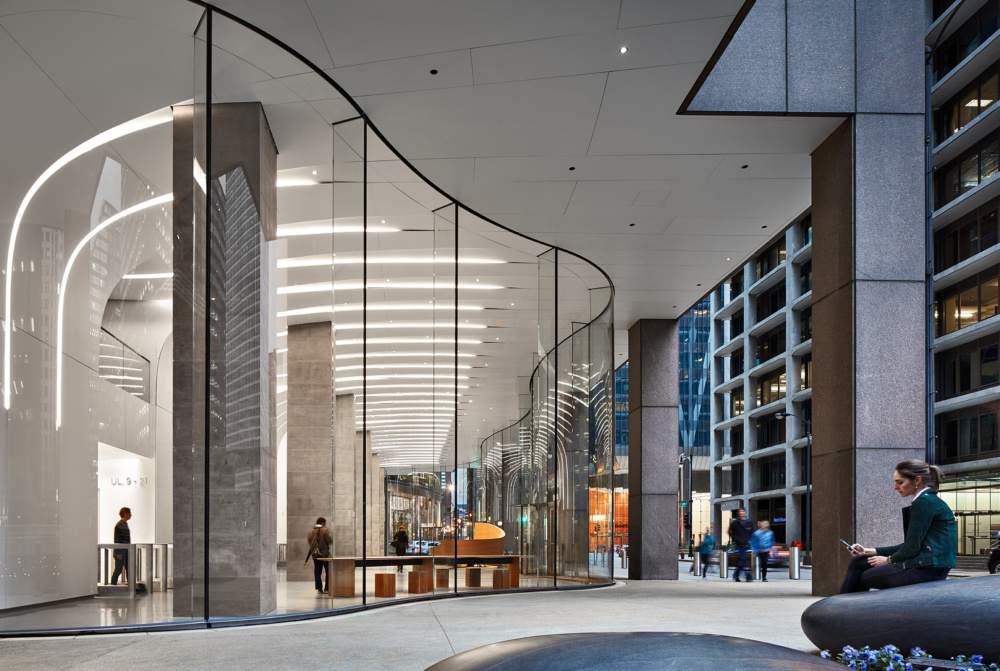 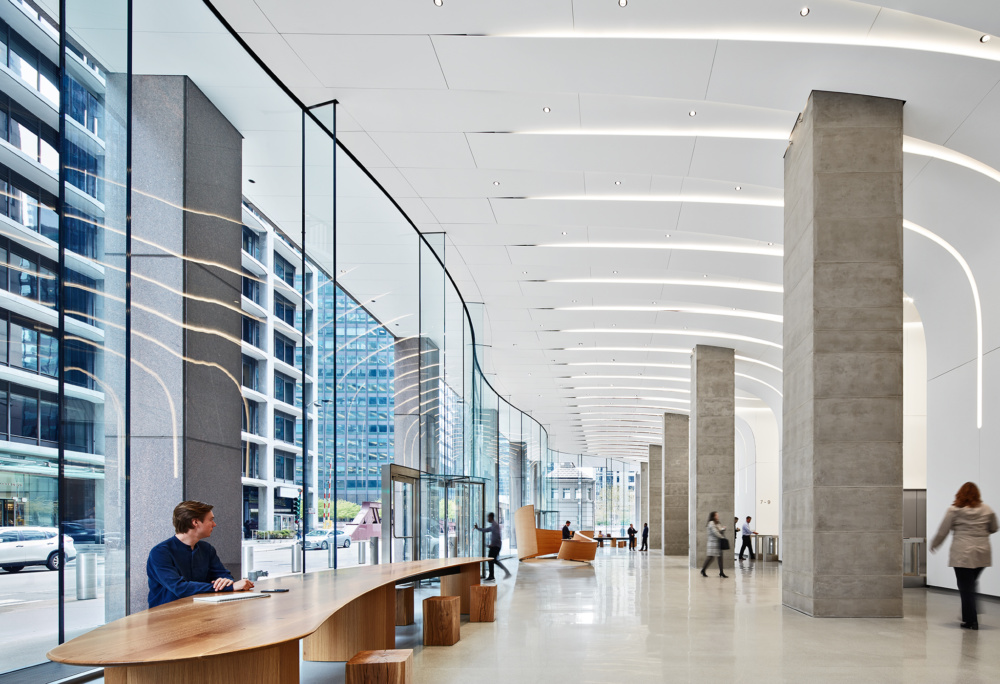 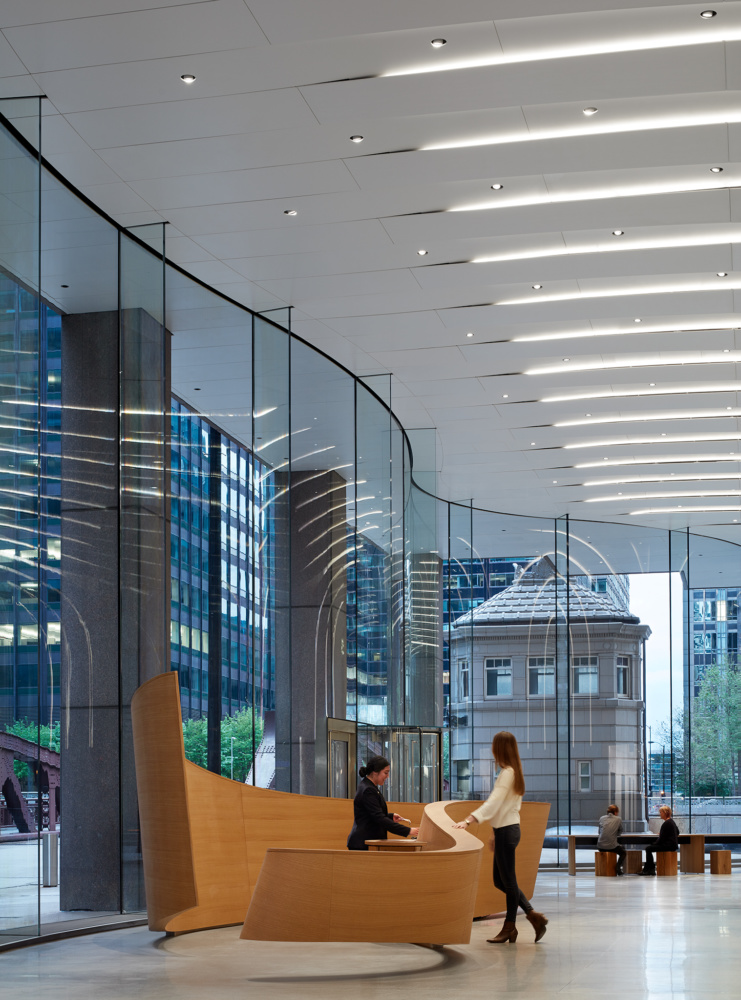 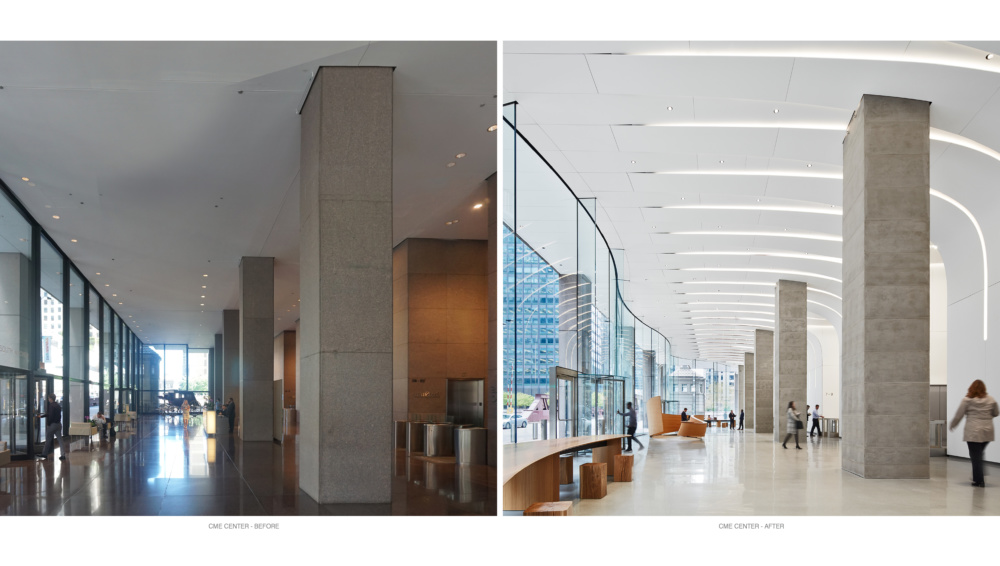 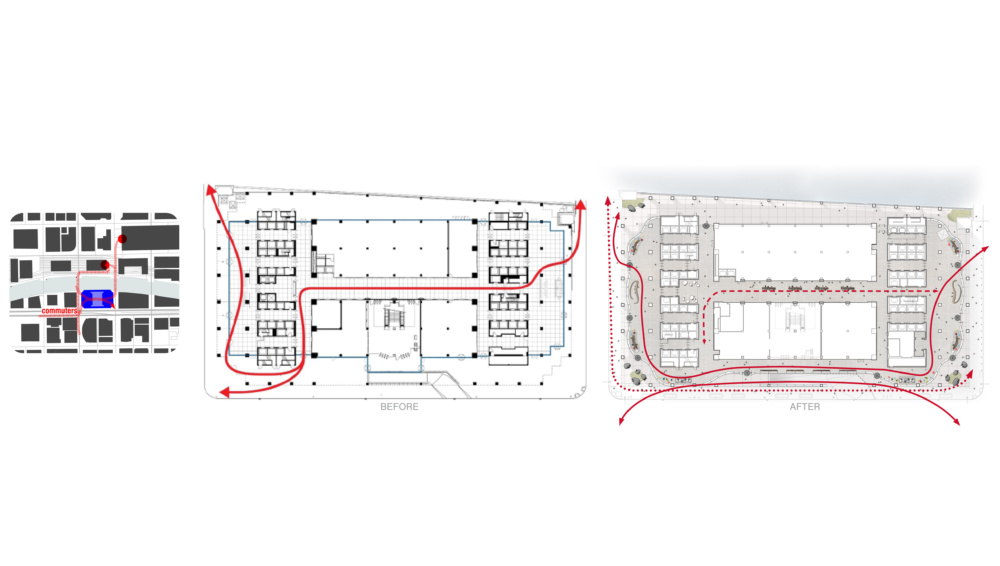 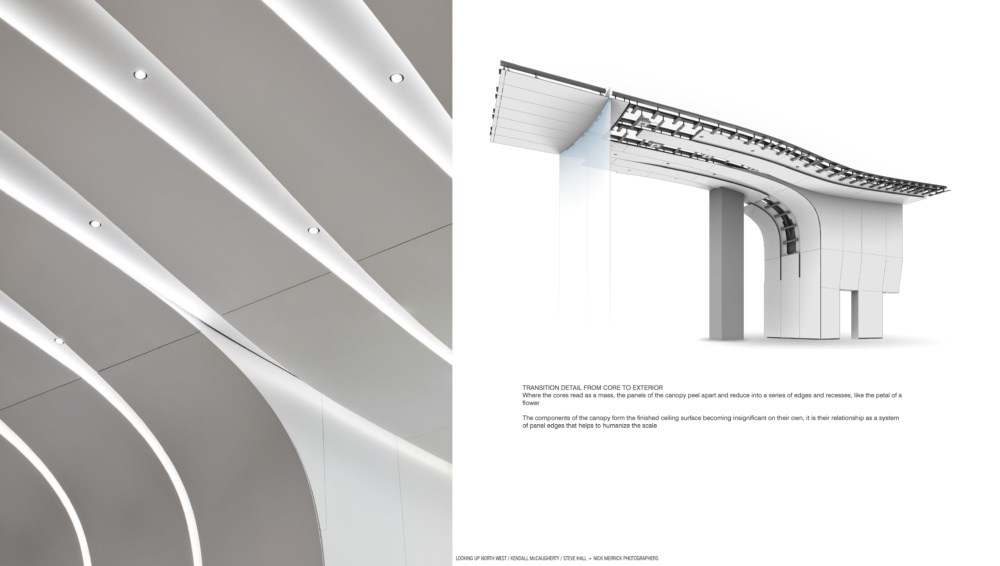 Chicago’s Krueck + Sexton Architects, a practice founded in 1979, has established a particular niche in the design and implementation of complex glass facades. Their projects present a significant range in terms of location and scale, ranging from the multiplanar Spertus Institute on Michigan Boulevard to a slew of private residences and the restoration of Mies van der Rohe’s prestigious structures dotted throughout Chicagoland. Recently, the firm wrapped up a full revamp of the Chicago Mercantile Exchange’s lobby with an undulating structural glass wall.

Located on Lake Michigan, Chicago has served as country’s primary inland entrepot for over a century—the Chicago Mercantile Exchange (CME) was founded in 1898. The CME migrated to its current headquarters in 1987, a heavy granite-clad postmodern tower located immediately adjacent to the Chicago River. The design objective of the project was to establish an inviting and prominent facade for a structure in which over 10,000 people cross through daily, replacing 18 separate dark and weighty entrances.

The glass streetwall runs the entire width of the city block, weaving behind the square columns that form an encircling arcade. When developing the overall contour of the glass facade, Krueck + Sexton Architects analyzed the movement of surrounding pedestrians and inputted that information to follow the preexisting desire lines of foot traffic.

Roschmann Group, the Germany-based manufacturer, handled the fabrication of the bespoke system. Each panel measures approximately 25-feet-by-four-feet and were installed using a custom-designed suction cup lifting device. “The glass is base loaded, and the glass fins provide support for lateral loads such as wind and inside and outside differential,” said Krueck + Sexton Associate Principal Yugene Cha. “The top of the glass fin is held by a clever suspension system that can slide up and down and sideways allowing the building to move without breaking the glass.”

The street-level prominence of the facade, as well as the remarkable visibility of the oversized glass panels, required the implementation of direct and simple detailing where pane meets the ceiling, ground floor, and glass fin. The most challenging aspect of almost any project is the unforeseen conditions onsite after the commencement of construction. For the CME, frequent shifts in the grade below the street level required recalibrations of waterproofing details as well as glazing base plate design.

Behind the structural glass facade, Krueck + Sexton placed a sophisticated system of 2,644 white synthetic-mineral panels that rise and curve to form the ceiling and continue outward to roof the arcade. The material is non-porous, allowing for straightforward maintenance.

Krueck + Sexton Architects Founding Principal Mark P. Sexton and Thorton Tomasetti Senior Project Director Mark Chiu will be joining the panel “Ongoing Advancements in Glass Technology: From Smart Coatings to Connection Design” at the Architect’s Newspaper’s upcoming Facades+ Chicago conference on September 12. In the afternoon, the panel will be extended into an intensive three-hour workshop.