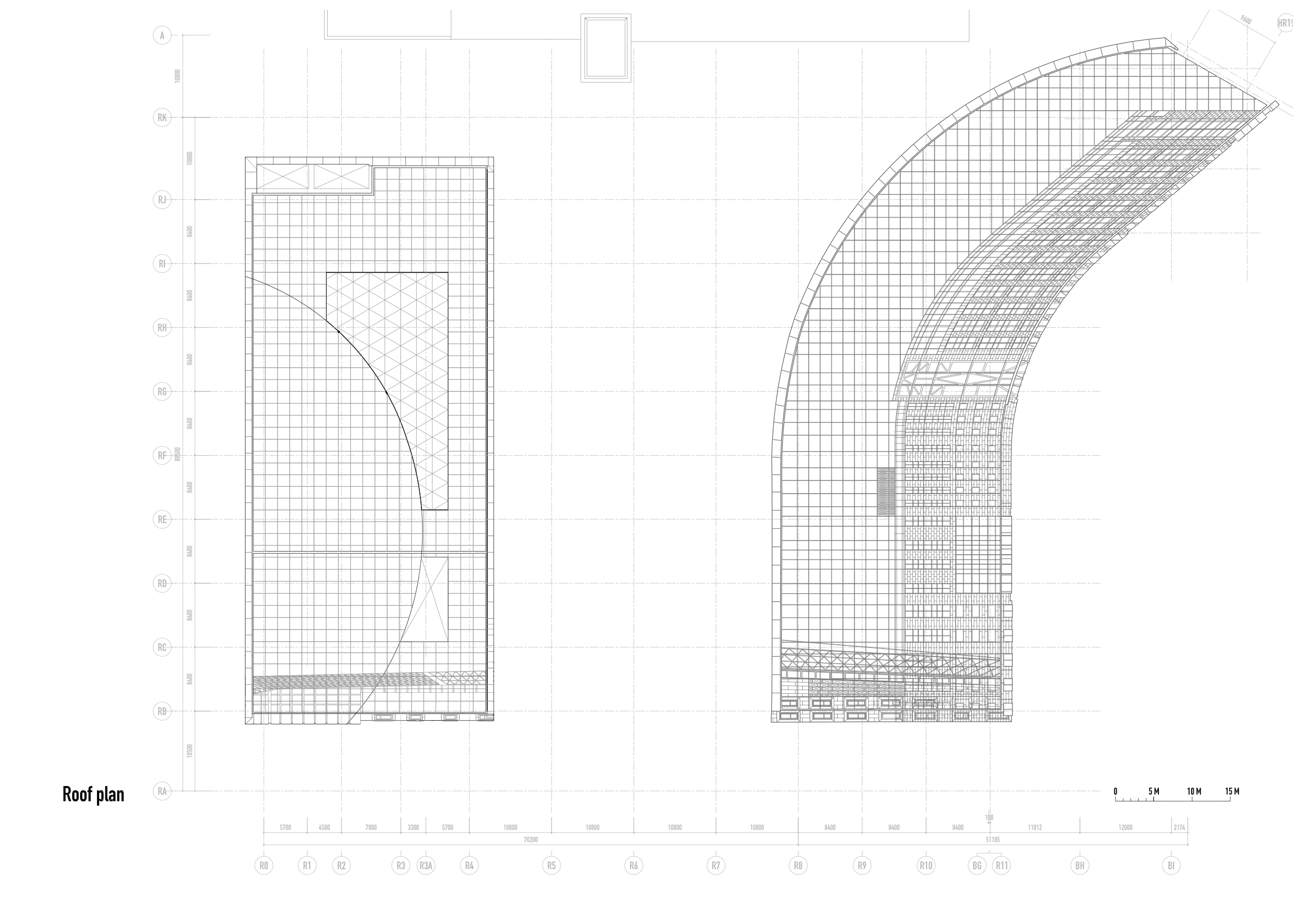 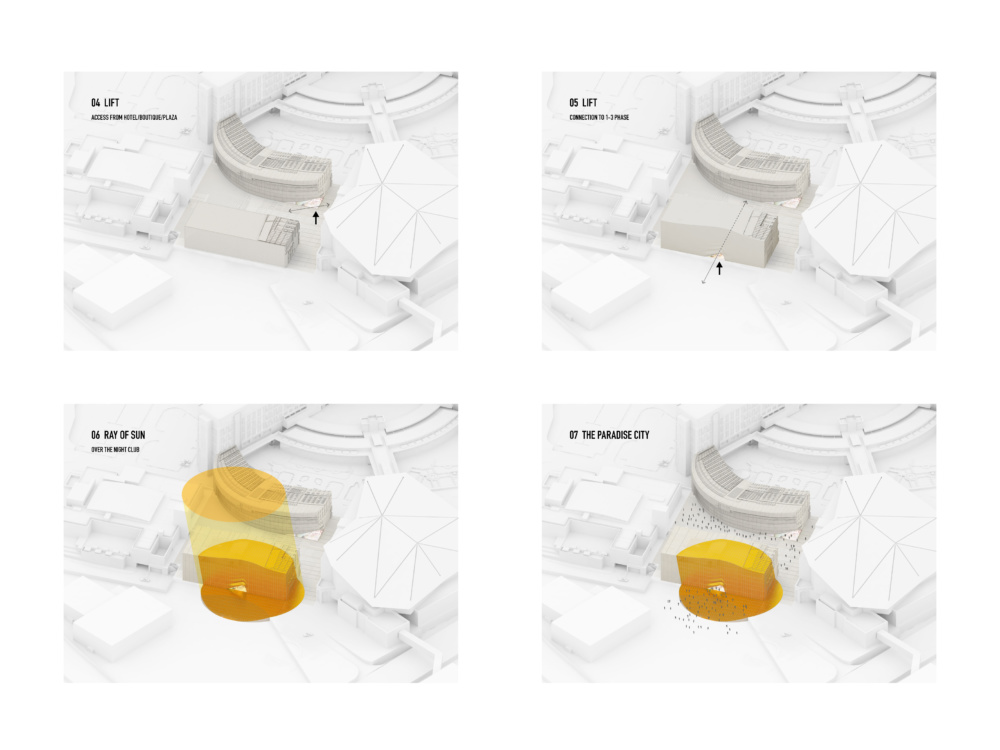 <
►
>
The corner entrance to the indoor theme park lifts like a curtain to reveal mirrored ceilings and a glass media floor, while the GFRC facade resembles a crushed drawing. (Ossip Van Duivenbode)

In Paradise City, a new entertainment and hospitality complex in Seoul, South Korea, MVRDV was faced with a unique challenge: design two contextual, expressive buildings without any windows—one an indoor theme park and the other a nightclub. The two new structures, known collectively as The Imprint, share an architectural language and echo the design of the six other buildings in Paradise City. Despite its theme park name, “Paradise City is not a collection of individual objects like Las Vegas,” noted MVRDV principal and co-founder Winy Maas, “but a real city.”

To make these new buildings fit in with their environment, MVRDV’s solution was to fit the environment over the new buildings. That is to say, the architects virtually projected the facades of the nearby buildings, stretching them across the plazas and over the massing of the new structures—one a simple box, the other a curving box that gives definition to a public space. The facade compositions were “imprinted” in relief onto glass fiber-reinforced concrete panels. The panels, 3,869 of which are unique, were individually fabricated employing the same 3D modeling files used to design the project.

Most of the panels were painted white to create high contrast shadows that emphasize the design of the contextual echoes, but a few sections of the nightclub and surrounding plaza are painted gold. These gilded highlights are augmented with exterior lighting and, when seen from the planes landing at the nearby Incheon Airport, look like spotlights shining onto the structure. It’s an appropriate gesture for a project with facades that appear to be pulled upward, offering a peek under the curtain where mirrored surfaces and dynamic lighting suggest the glamorous spaces and experiences that lie behind.

MVRDV’s client called the completed Imprint a “work of art,” and indeed, the buildings do evoke dueling works by the sculptor Rachel Whiteread, who is known for her casts of architectural objects and spaces. But can a nightclub in an entertainment complex really be a work of art? Why not? “What, then, is the difference between architecture and art?” asked Maas. “The project plays with that, and I think that abstraction is part of it, but it has to surprise, seduce, and it has to calm down… Giorgio de Chirico would have liked to paint it, I think.”