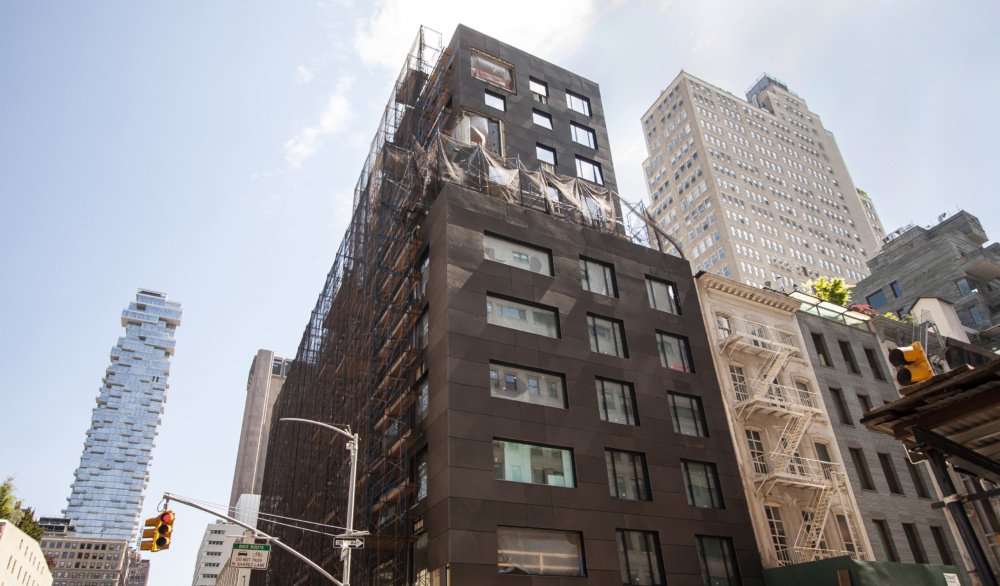 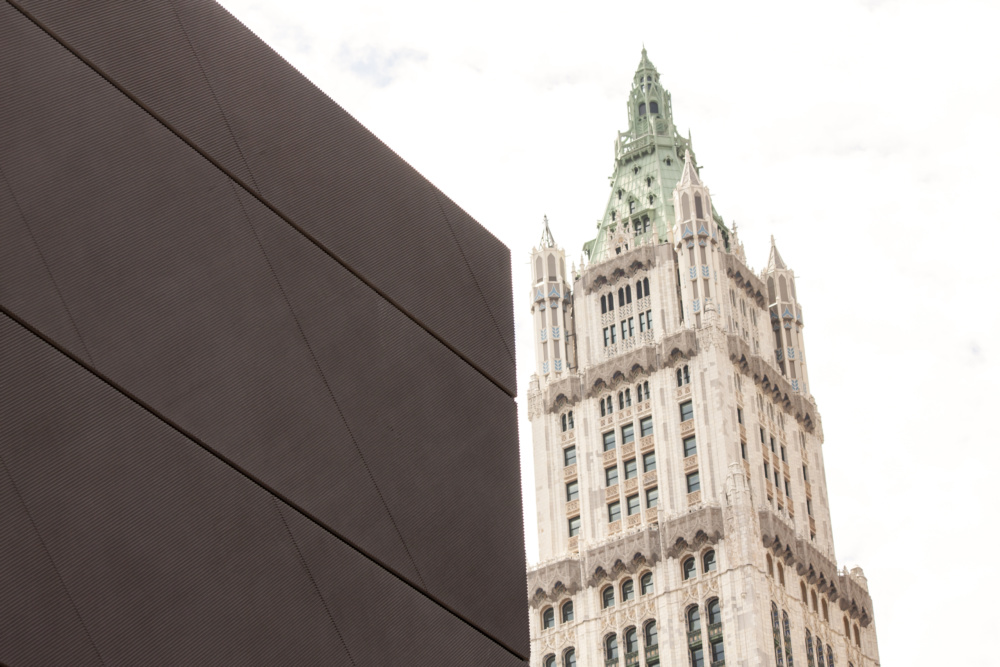 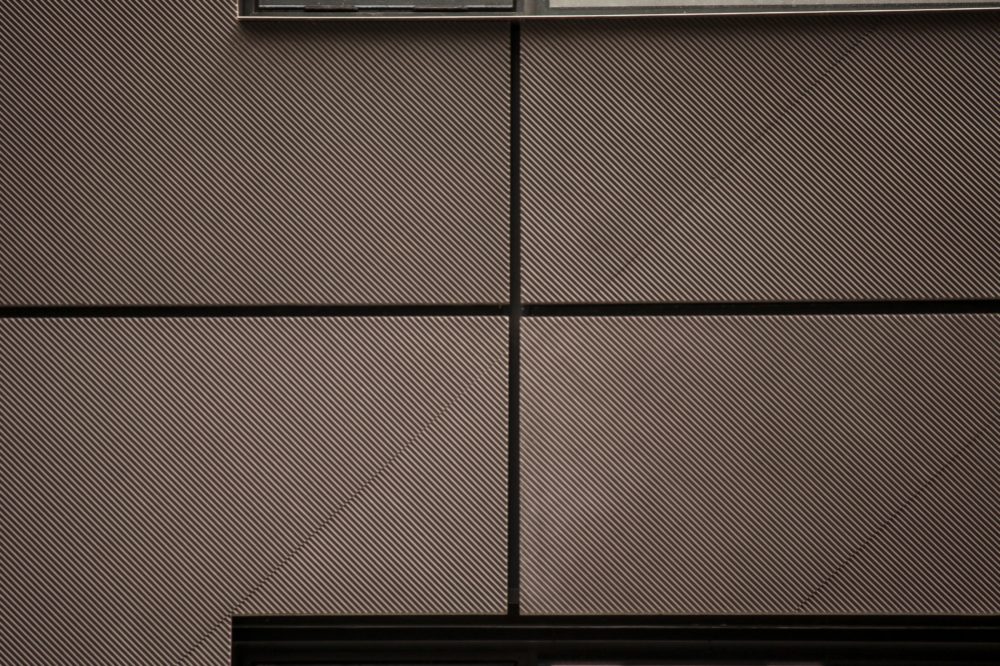 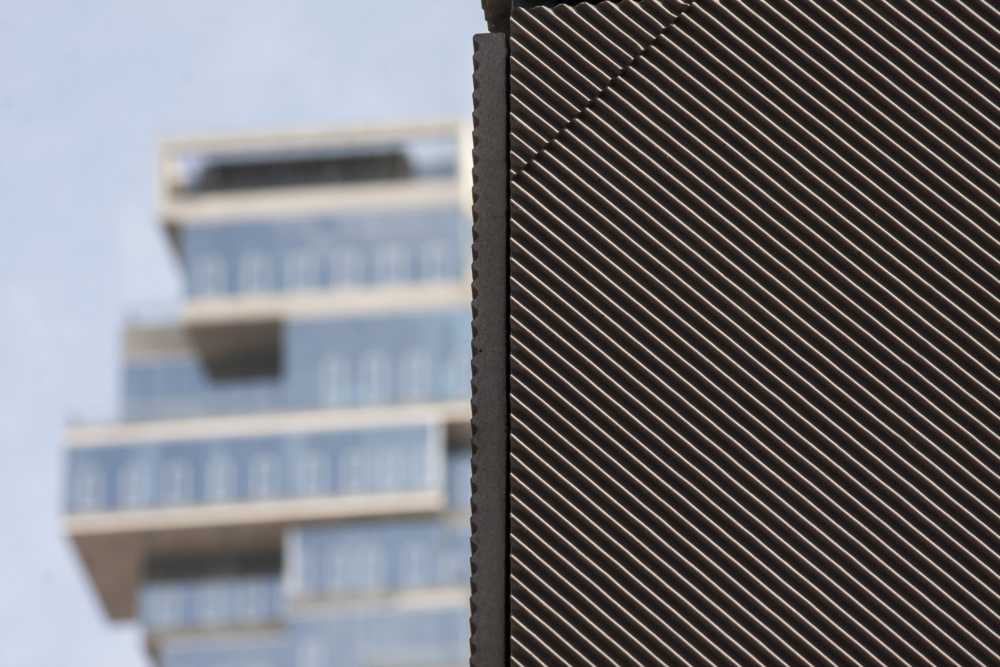 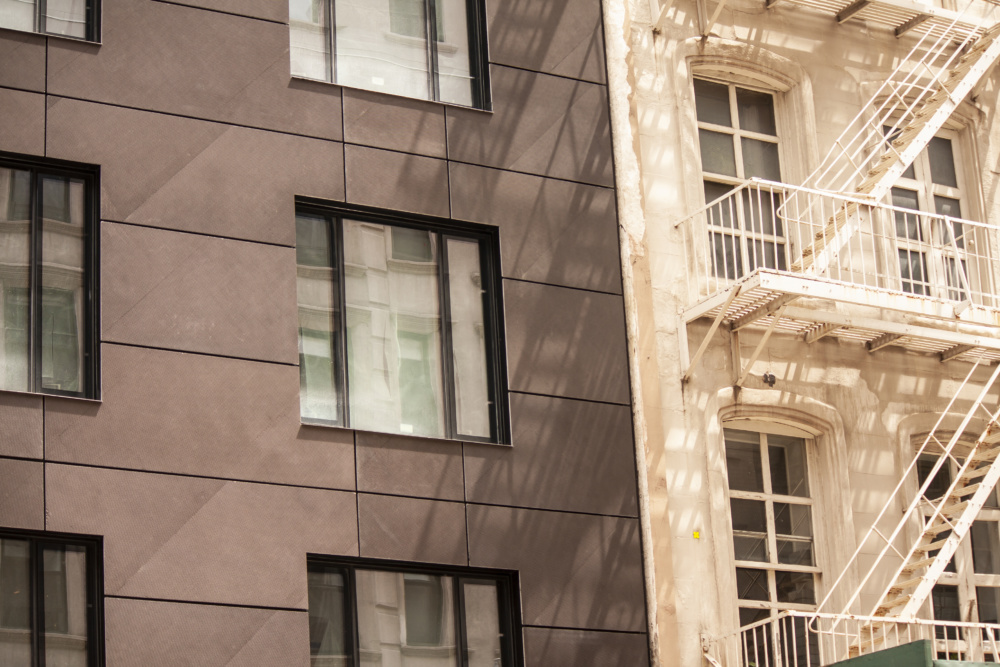 <
►
>
The design and material palette of 30 Warren is intended to complement the architectural heritage of Tribeca. (Courtesy Post-Office Architectes)

Tribeca is consistently ranked as one of the most expensive neighborhoods in New York City, so it perhaps comes as no surprise that non-landmarked lots throughout the area are being snatched up and redeveloped for commercial or residential purposes. 30 Warren Street, which is currently wrapping up construction, is located on a northeastern corner of Church and Warren Streets. Designed by the Paris-based practice Post-Office Architectes, which was founded by The Ateliers Jean Nouvel alumni David Fagart, Line Fontana, and Francois Leininger, the new luxury condominium joins the scene with an ultra-high-performance concrete (UHPC) facade formed with corrugated cardboard.

The approximately 50,000-square-foot project is located just outside of the official boundaries of the four historic districts within Tribeca. As a commercial center for the city in the 19th and early 20th centuries, the architectural makeup of the neighborhood is defined by Renaissance Revival masonry and cast-iron offices and warehouses, differing in scale according to their proximity to either the avenue or side street. For the architects, it was integral that the design of the new residential development stands on its own as a contemporary project while still paying reverence to the context with a mineral-based cladding.

In terms of massing, the 12-story project rises on the entire footprint of the corner lot and sets back at the fifth floor in unison with the cornice line of the adjacent historic structures. The north elevation will eventually rise to two stories and will serve as a retail space.

“Thanks to its very fine grain, UHPC typically allows all kinds of textures,” said Post-Office Architects Co-Founder Francois Leininger. “Rather than creating a complicated texture using readily available digital processes and having to deal with the constrains (repetition, uniformity…), we wanted to create something crafty, something that would look a bit handmade, something with a unique feel. This was our way to pay tribute to the magnificent cast-iron architecture across the street and all around Tribeca.”

In total, there are approximately 921 UHPC panels across the facade, all of which are 3/4-inch thick and vary in size; the largest is about 11-by-3.5 feet. The system is not complex, as the panels are secured to a stud system that rests on the floor slabs. Where the assembly does stand out is in the use of a matrix of 1.5-inch-wide black aluminum channels placed behind the joint of each panel—a challenge when many of the panel dimensions are in fact unique. The aluminum channels serve two functions; the depth of the concrete panels is visually extenuated, and they obscure the insulation located behind the rain screen.

Detailing for the precast concrete panels is fairly subtle and clever. The team suggested industrial-grade one-sided corrugated cardboard, pressed against the concrete slabs at a 45-degree angle. The 70 molds produced are imperfect; cardboard has a habit of micro-tearing and causing other impacts associated with the fabrication process. “The result, as one can observe on site today, is an ever-changing texture, reacting to the slightest inflections of light,” continued Leininger. “The presence of the ribs helps to make the concrete panel look homogeneous, while the change of direction of the ribs, at each setback, modifies the perceived color of the panels.”