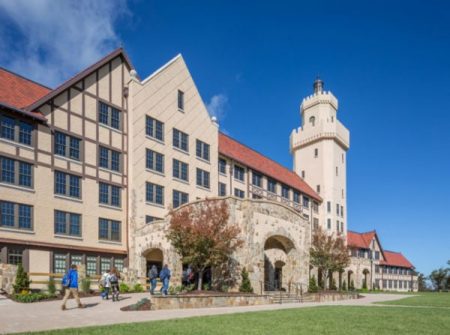 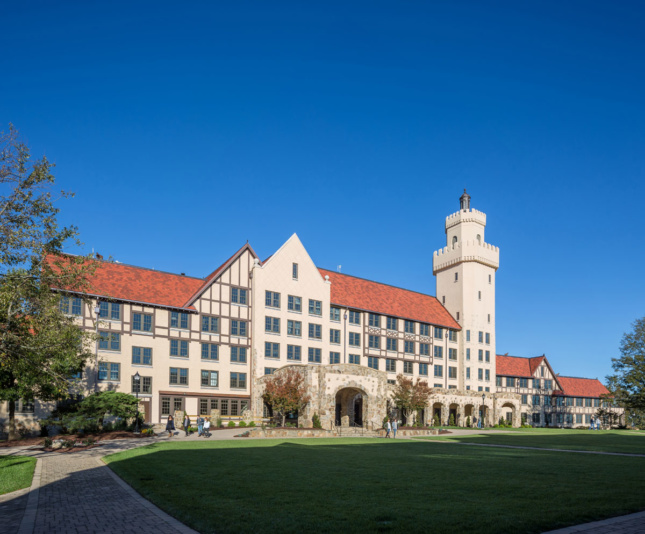 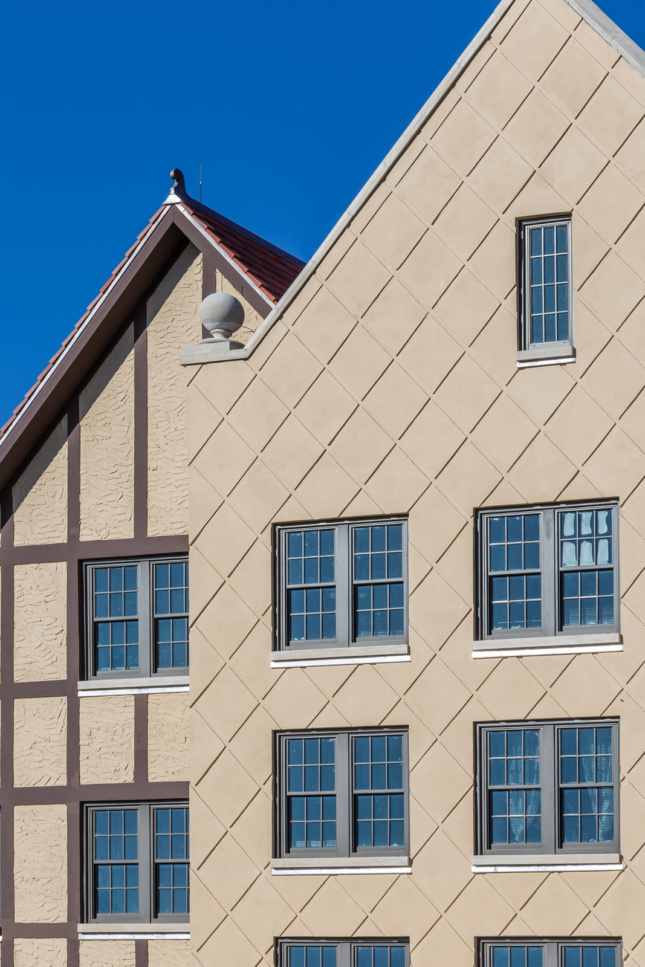 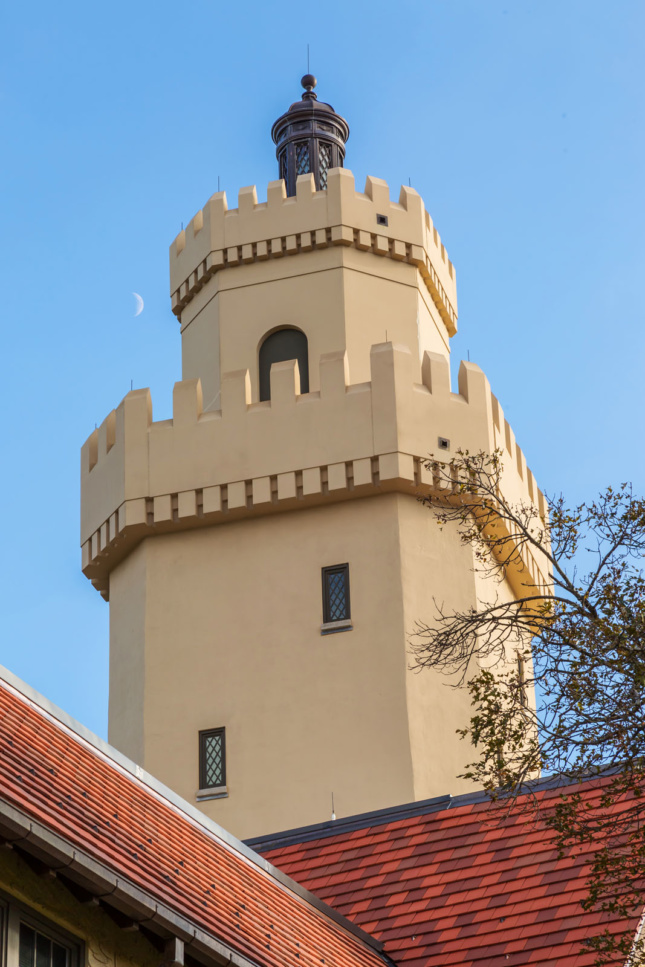 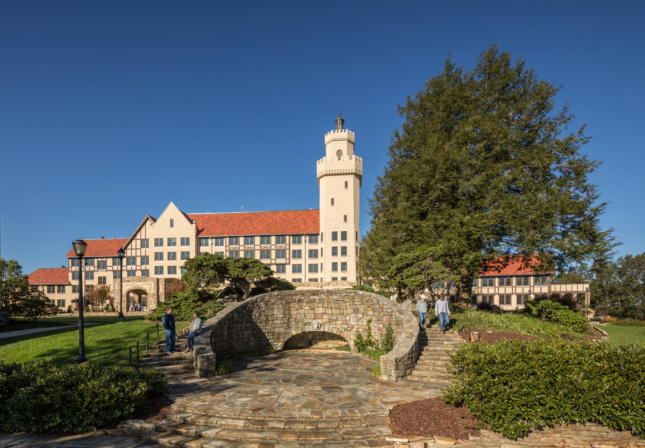 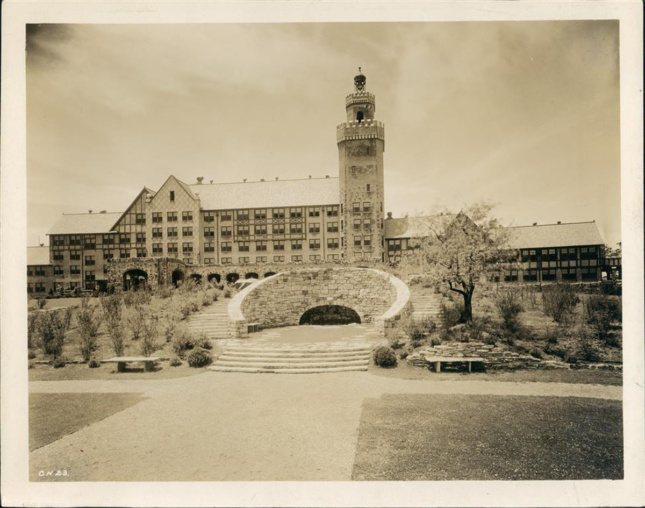 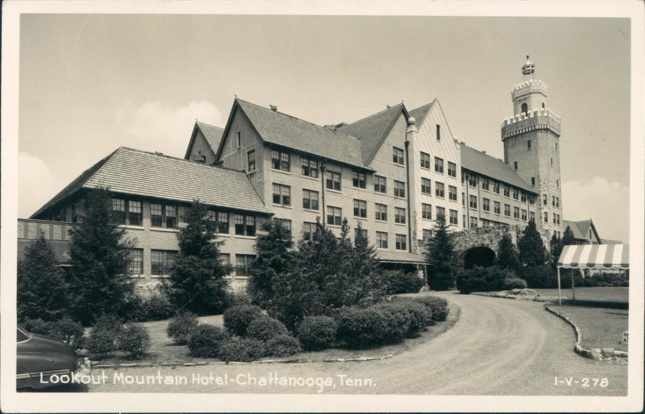 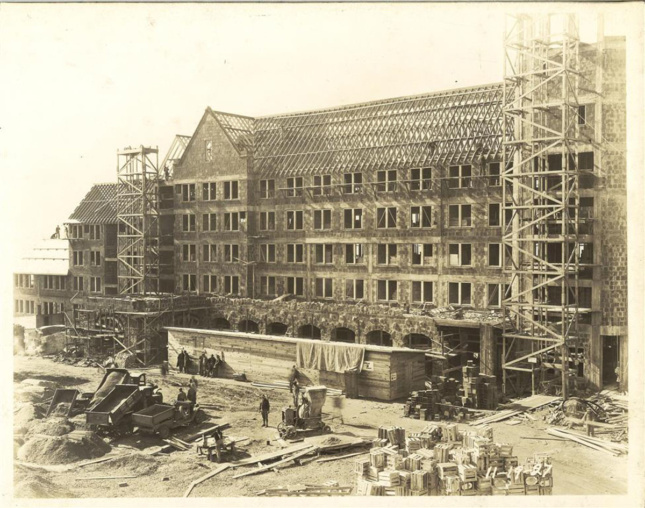 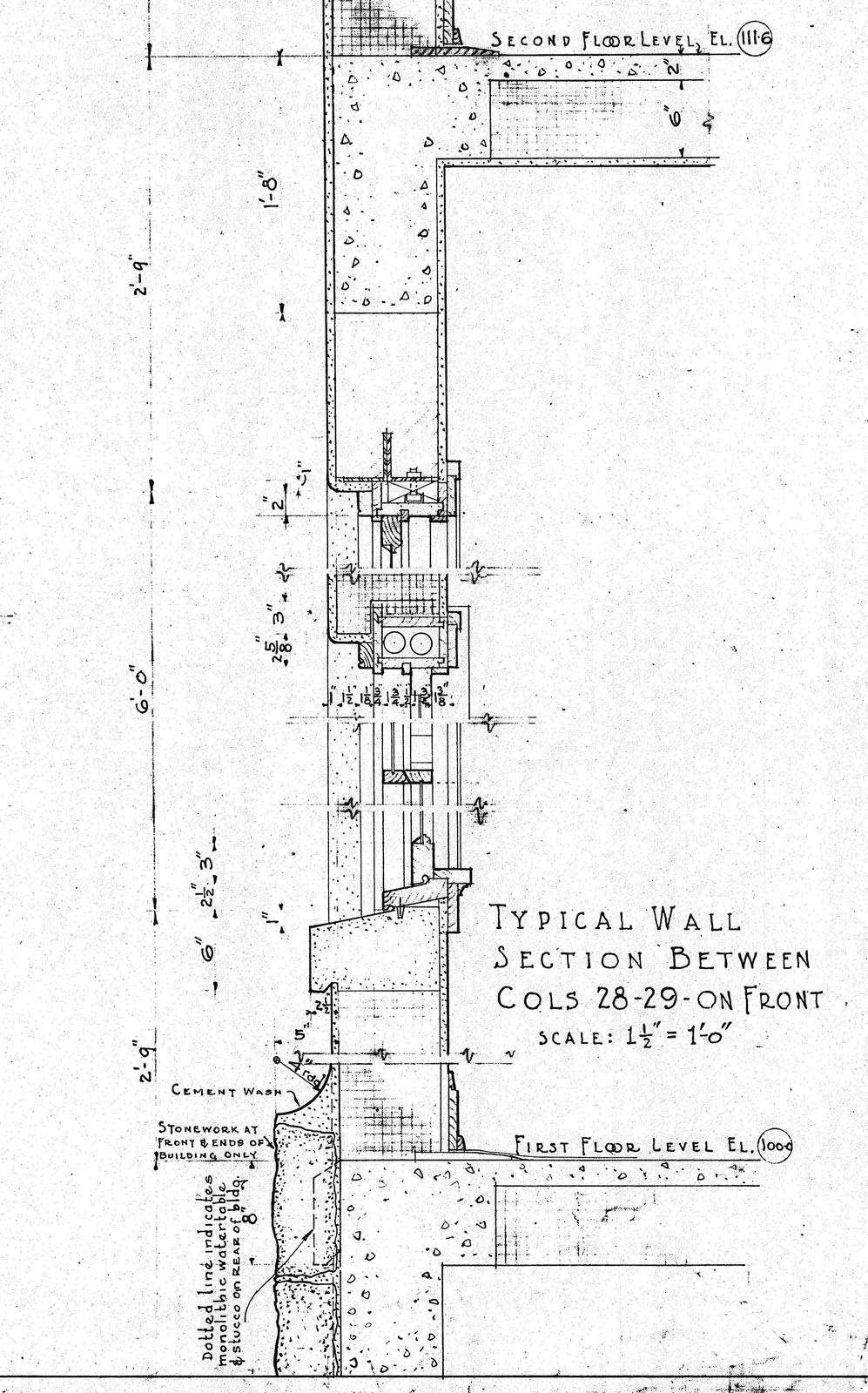 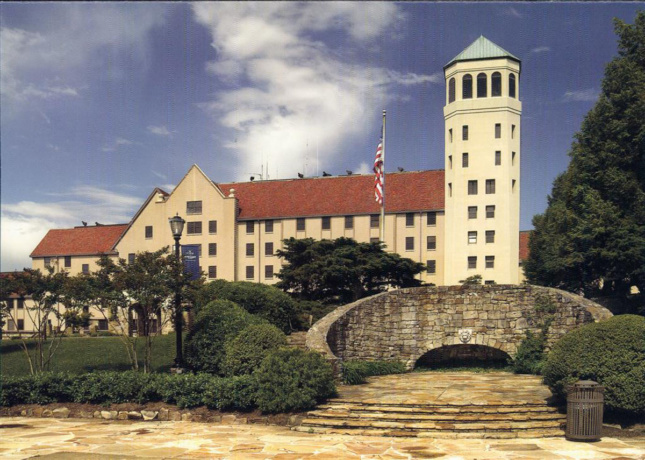 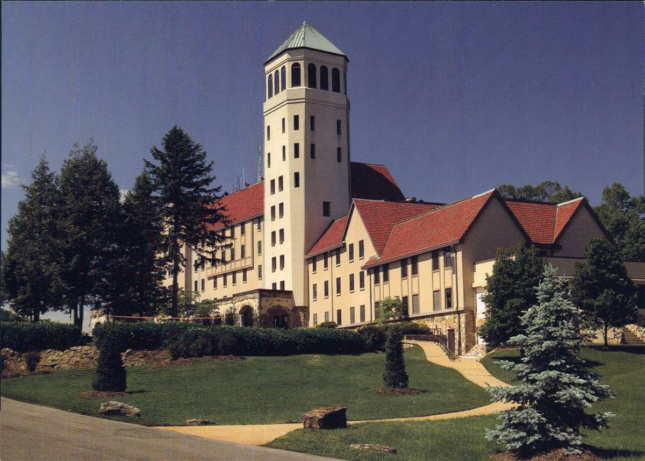 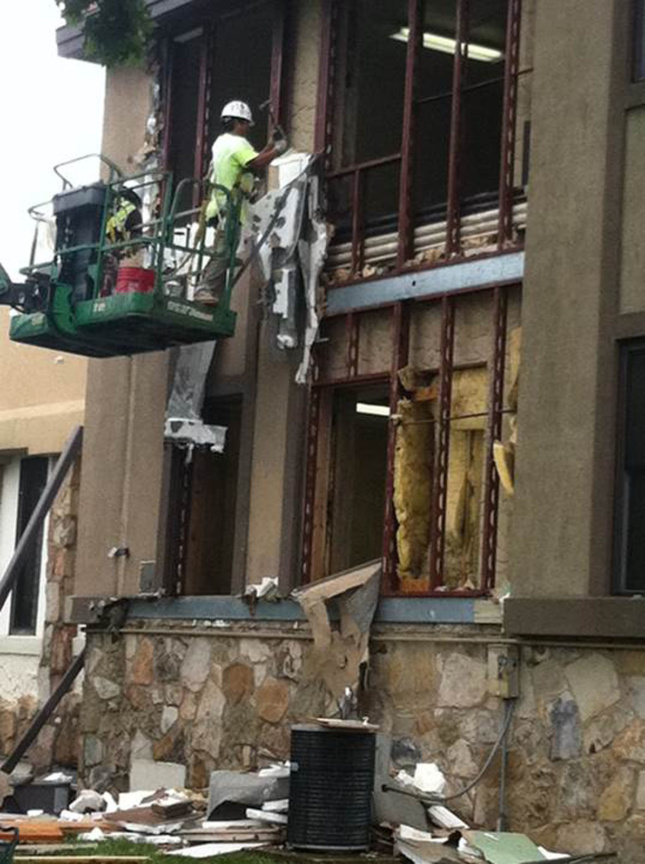 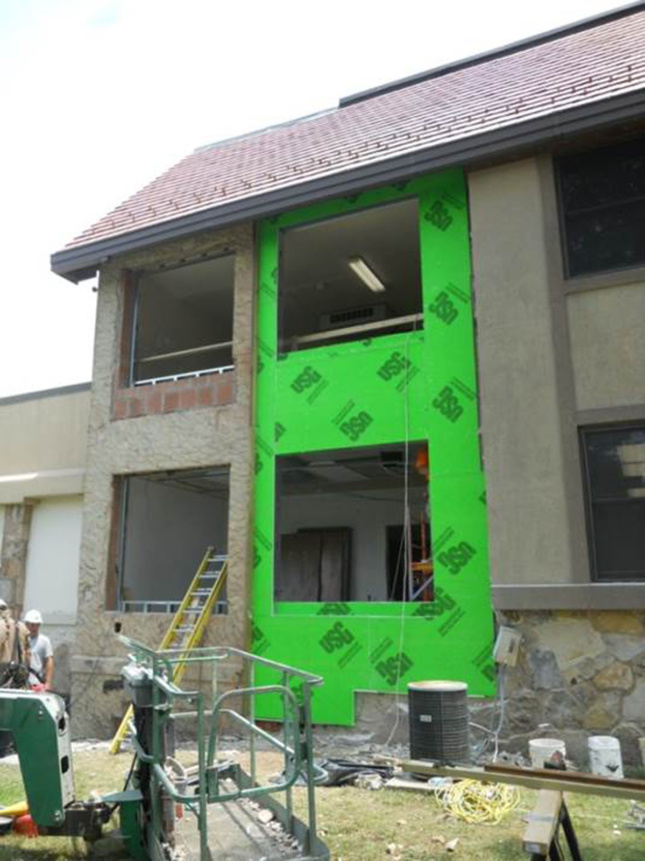 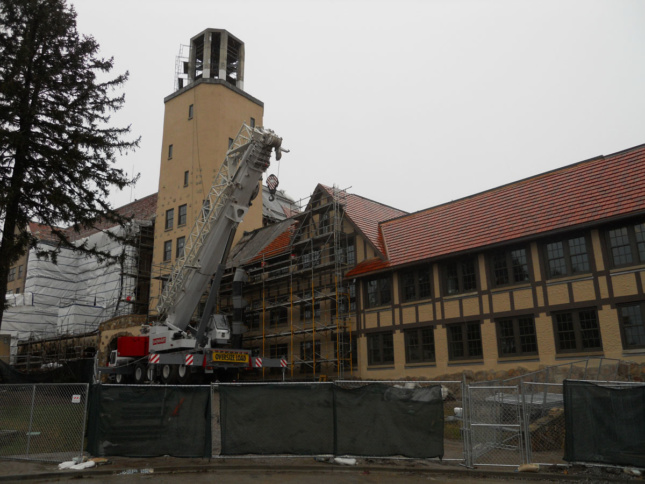 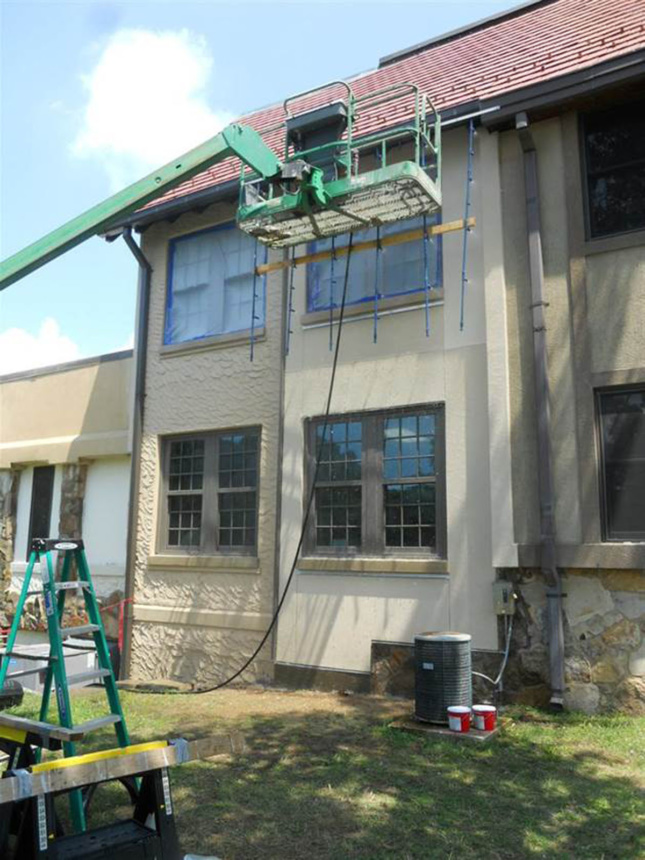 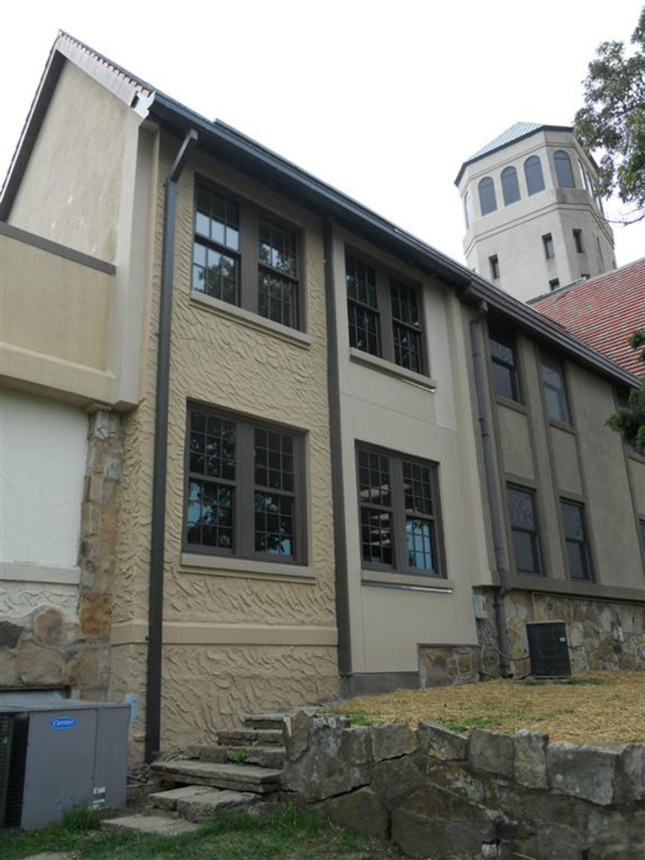 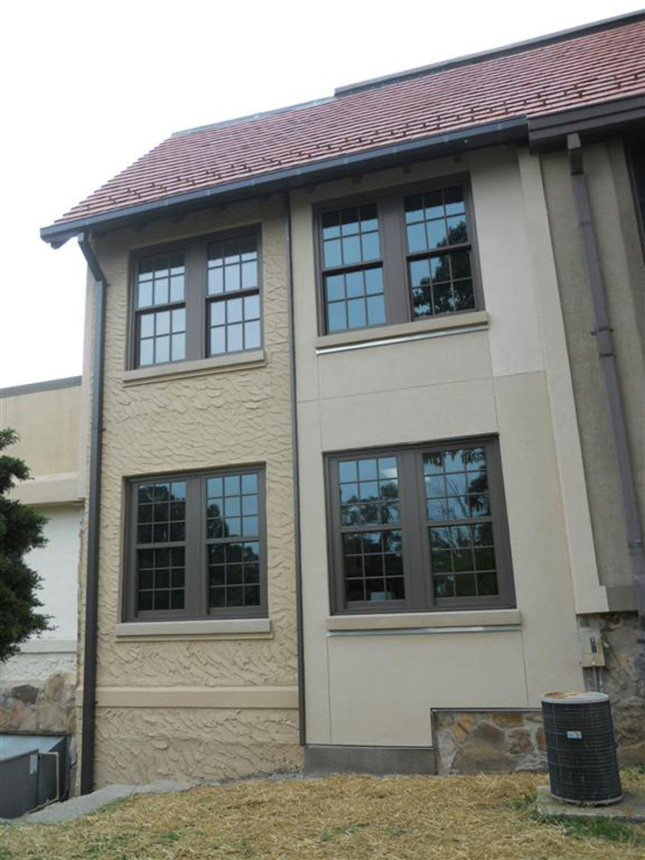 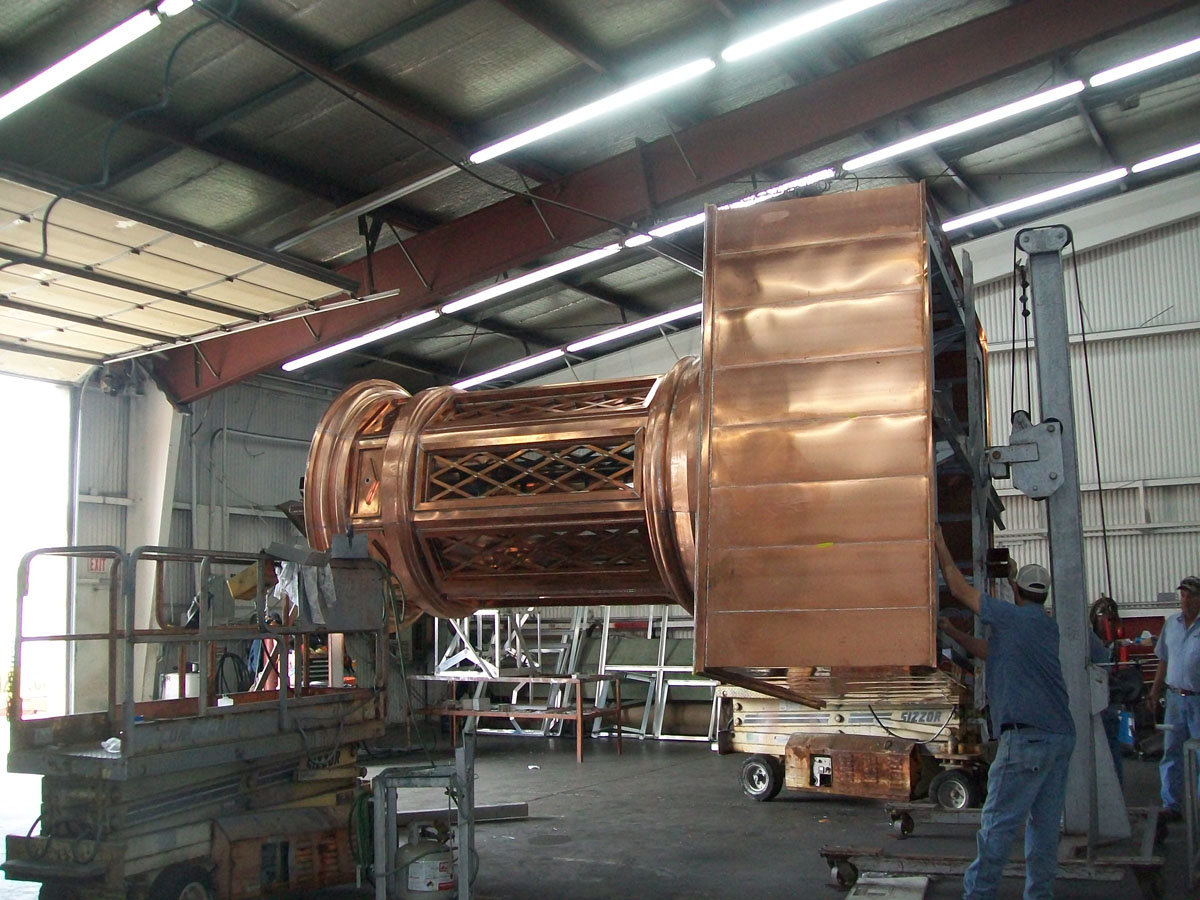 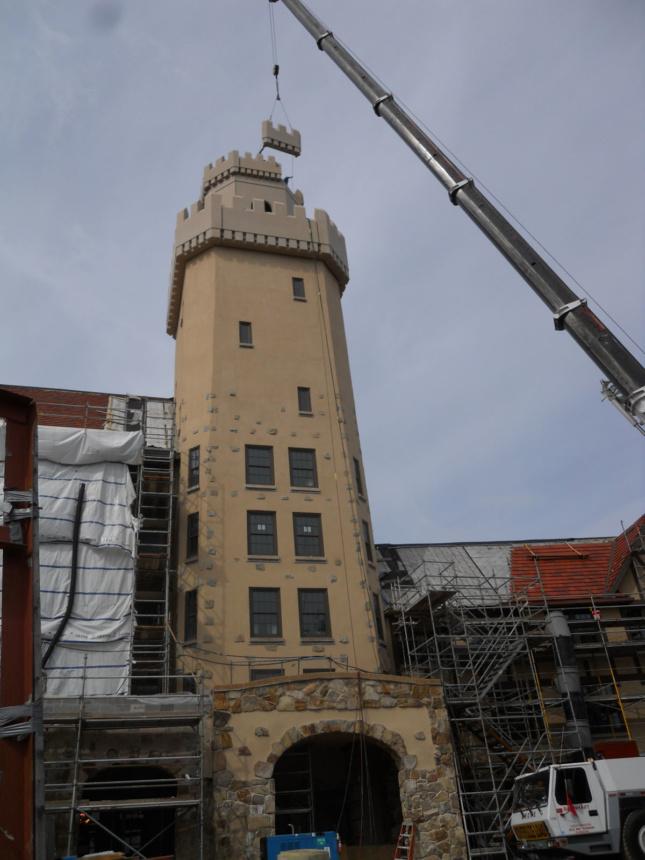 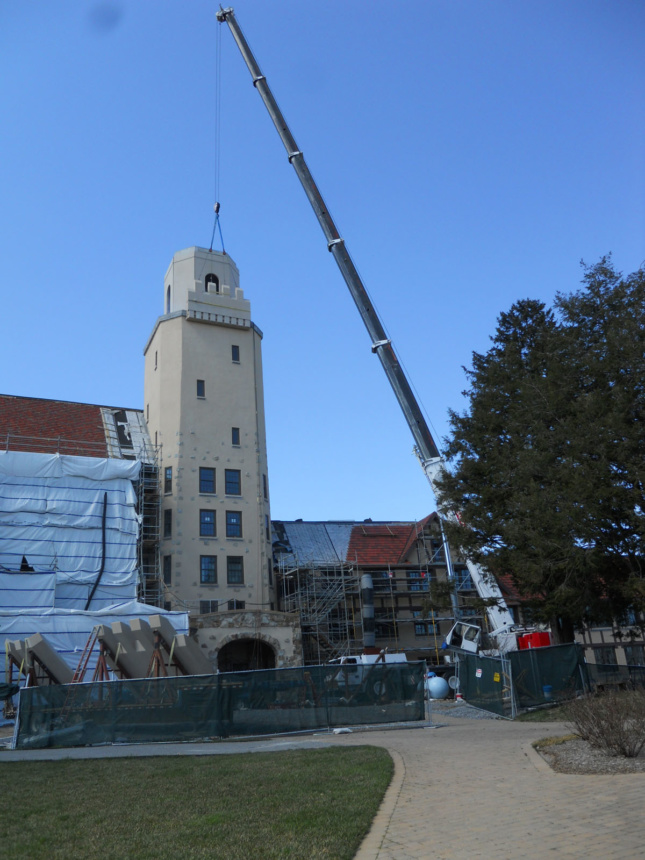 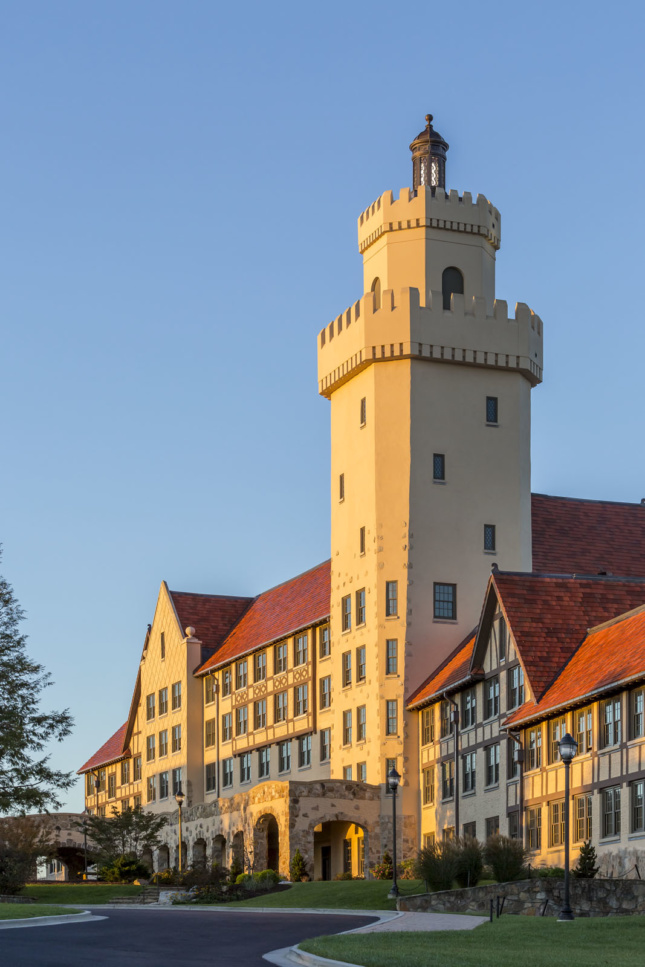 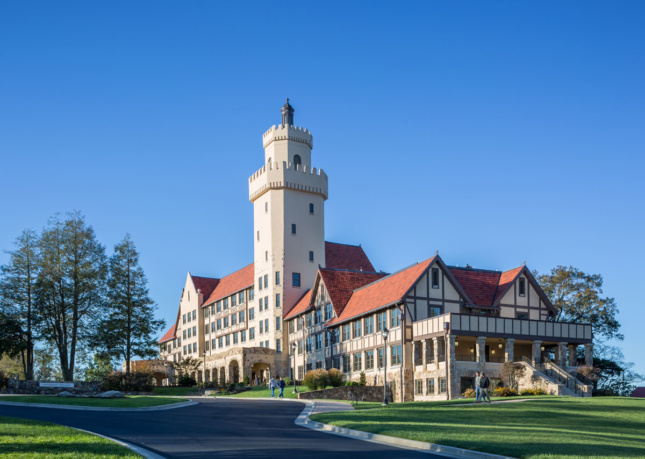 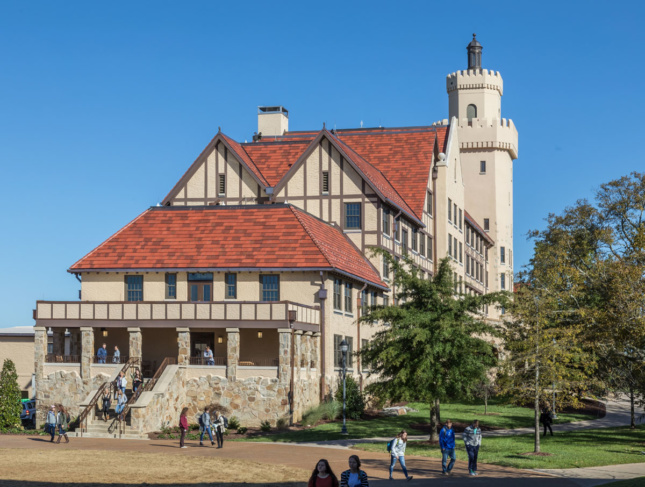 Originally built as a resort hotel, Carter Hall is a Tudor style concrete-framed stucco structure on the Covenant College campus outside of Chattanooga, Tennessee. Following a late-1970s recladding project, the landmark building was covered up in an effort to address ongoing moisture and thermal concerns. This rehabilitation project, led by Atlanta-based Lord Aeck Sargent (LAS), uncovers the original building envelope, implementing a number of robust performance overhauls while rediscovering the historic architectural look of this mountaintop resort.

The effort has led to the allocation of between $3.5 million and $4 million dollars in historic tax credits. With matching funds from donors, and a phased construction process that allowed the building to remain operational throughout much of the scope of work, the liberal arts college is fully debt free upon the completion of the renovations. The building opened for the 2017-18 academic year following over ten years in planning and construction.

Before Covenant College was able to receive tax credits for renovations, Carter Hall had to claim a spot on the National Register of Historic Places, a list maintained by the National Parks Service. To earn this designation, the building had to be “purged” of its 1979 modifications, and converted back to its original state. Beyond facade improvements, this included restoring the original roof and building porches on the north and south ends of the building.

LAS utilized extensive historical research, referencing original drawings and photographs of the building throughout the design of the project. The architects developed measured drawings in Building Information Modeling (BIM) software, which served as a foundation for the scope of work. One of the most illustrative examples of this is the crenellated tower of the building where precast concrete was introduced in parapet wall construction for durability considerations due to limited maintenance access. Four vertically-oriented high bay 2×4 LED fixtures with high lumen output were implemented into the custom top of the tower cap– a “lantern”–which was carefully reconstructed from historical drawings and photographs of the project.

One of the most significant challenges of the project, according to David Steele, associate at LAS, was addressing moisture infiltration concerns with the original building envelope. After uncovering the original facade, the architects developed a multi-year, full-scale, two-story mockup process that compared the original assembly of the building against a new proprietary steel stud and stucco wall assembly. The mockups were pressurized to simulate driving rain conditions in an attempt to drive moisture into the assembly. After testing in back-to-back years and inspection throughout seasonal change, the architects were able to prove the original wall assembly met ASTM testing requirements. Previous concerns about leaks in the building were attributed to detailing at original window openings. Window units in the retrofit project paired energy efficiency with a historic look. A thermally-broken aluminum window system with insulated glazing units was specified to match original mulled configurations and divided lite styles. In this regard, the full-scale mockup process ultimately offered the project team invaluable moisture and insulation ASTM testing and feedback for window and wall detailing.

The resulting wall system pairs the original clay tile infill wall with an interior furring wall which offers structural backup by means of six-inch steel studs, and an additional insulative layer to the building envelope. The exterior stucco is finished with a mineral-silicate coating that offers at 25 to 30 year lifespan. Durability and low maintenance considerations extend to the roof where a new Ludowici tile roof replaces the original tiles from the same manufacturer, which had endured 90 years of high wind and rain exposure.

The project adds to a portfolio of educational and sustainable projects for the Atlanta-based architecture firm, which touts their design process as offering an “analytical approach to optimizing building performance.”

Joshua Gassman, senior associate at Lord Aeck Sargent, will be speaking at the upcoming Facades+ conference in Atlanta. For more details, along with registration info, visit am.facadesplus.com. Gassman will be speaking about Lord Aeck Sargent and Miller Hull Partnership’s plans to deliver the first “Living Building” in the Southeastern United States. The 37,000-square-foot project on Georgia Tech’s campus aims to meet the International Living Future Institute’s rigorous certification. This effort supports LAS’ sustainability commitments as one of the first architecture firms in the country to adopt The 2030 Challenge, an initiative that called on the global building sector to immediately reduce energy usage by 50 percent in new buildings and major renovations in order to avoid hazardous climate change. More information about LAS Living Building efforts can be found here.