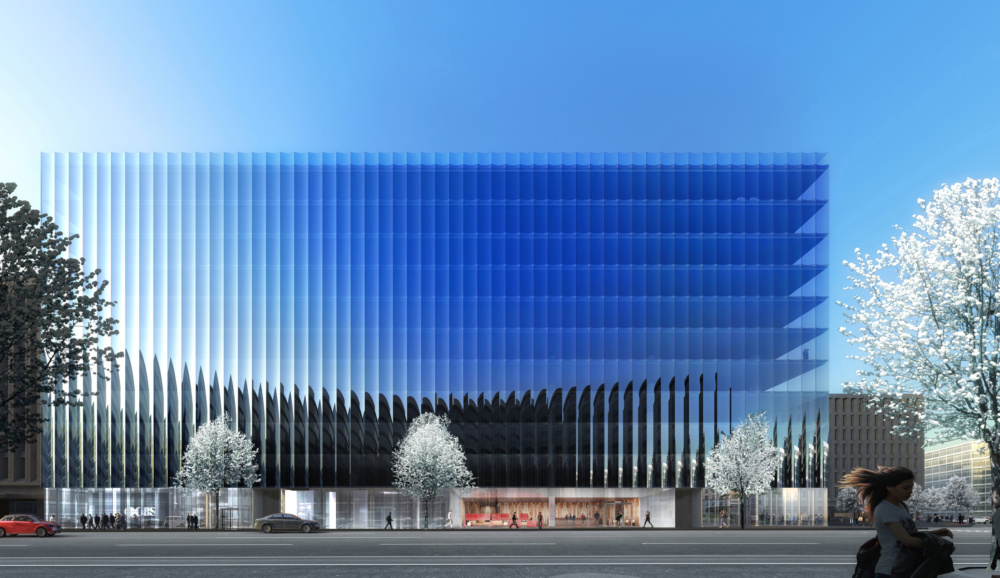 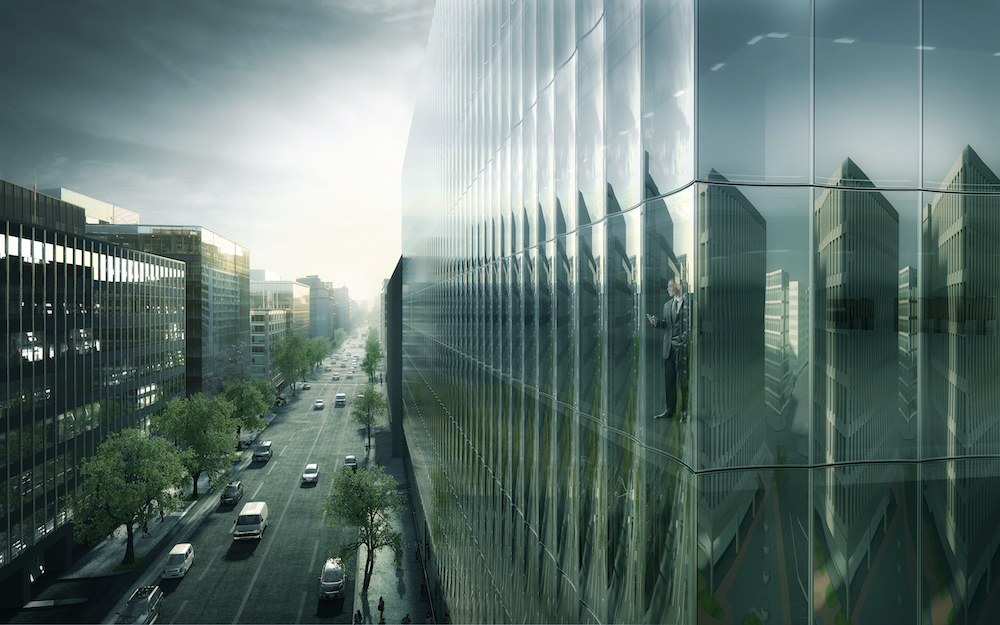 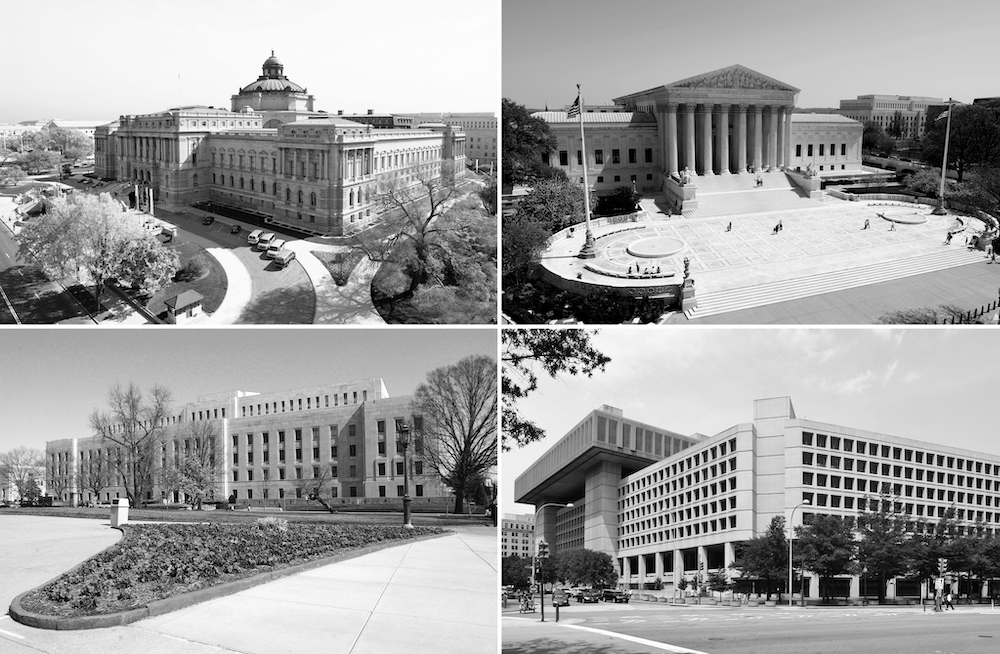 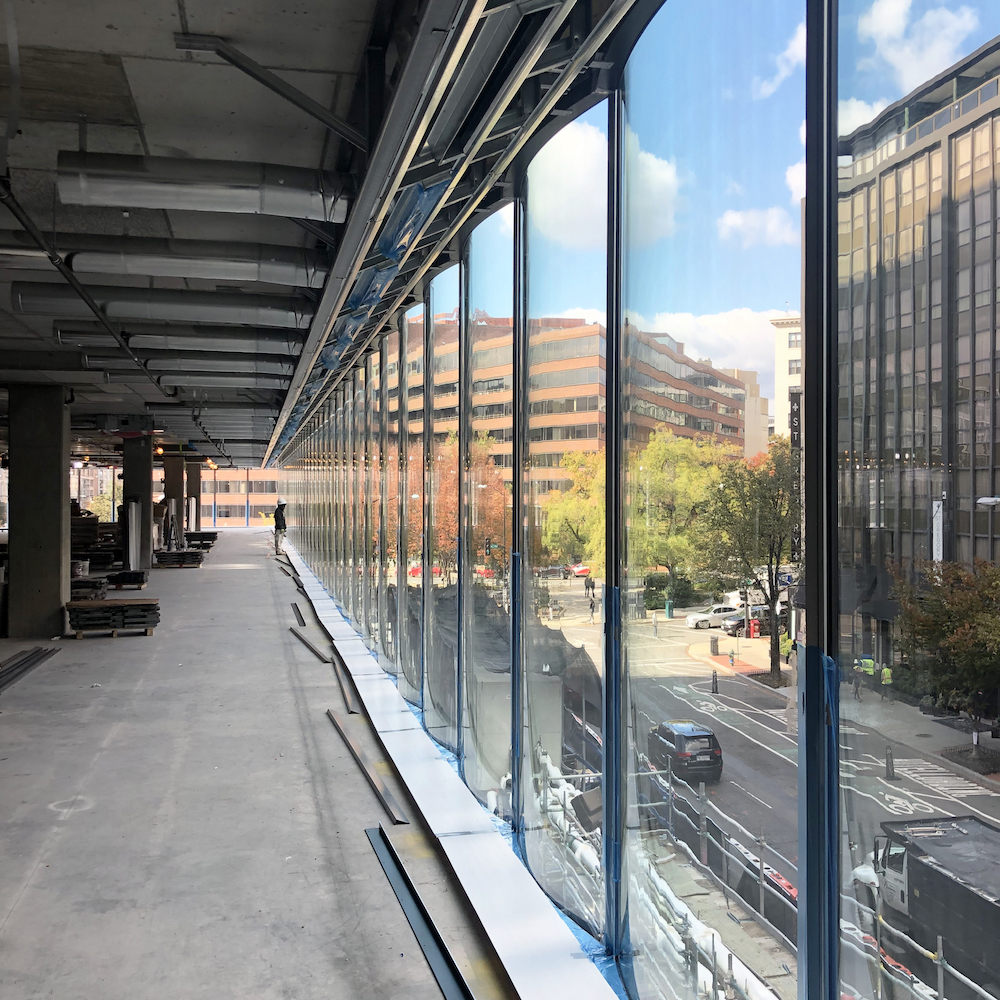 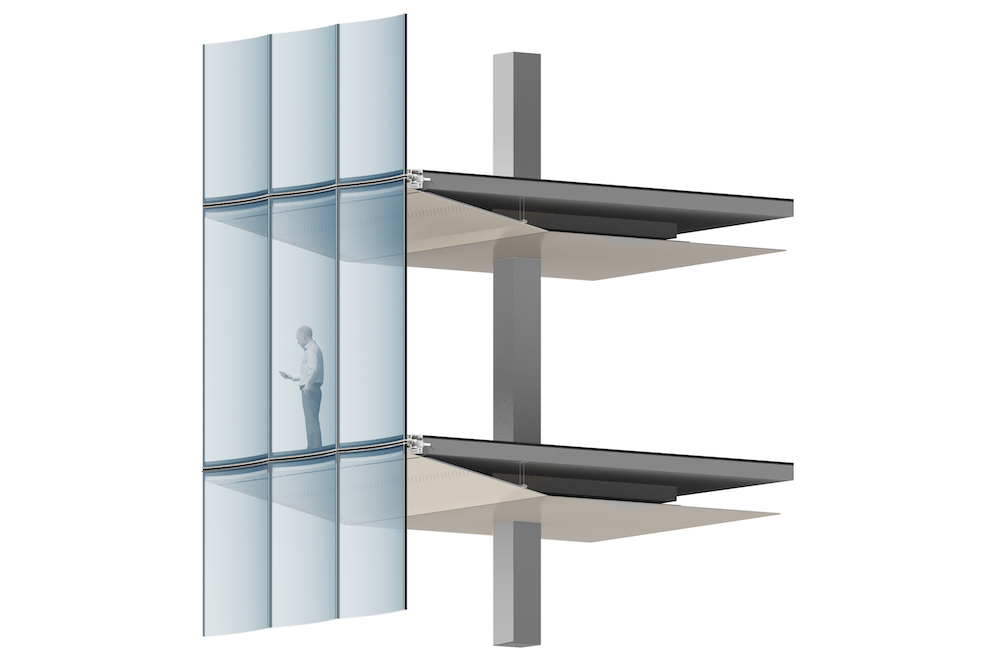 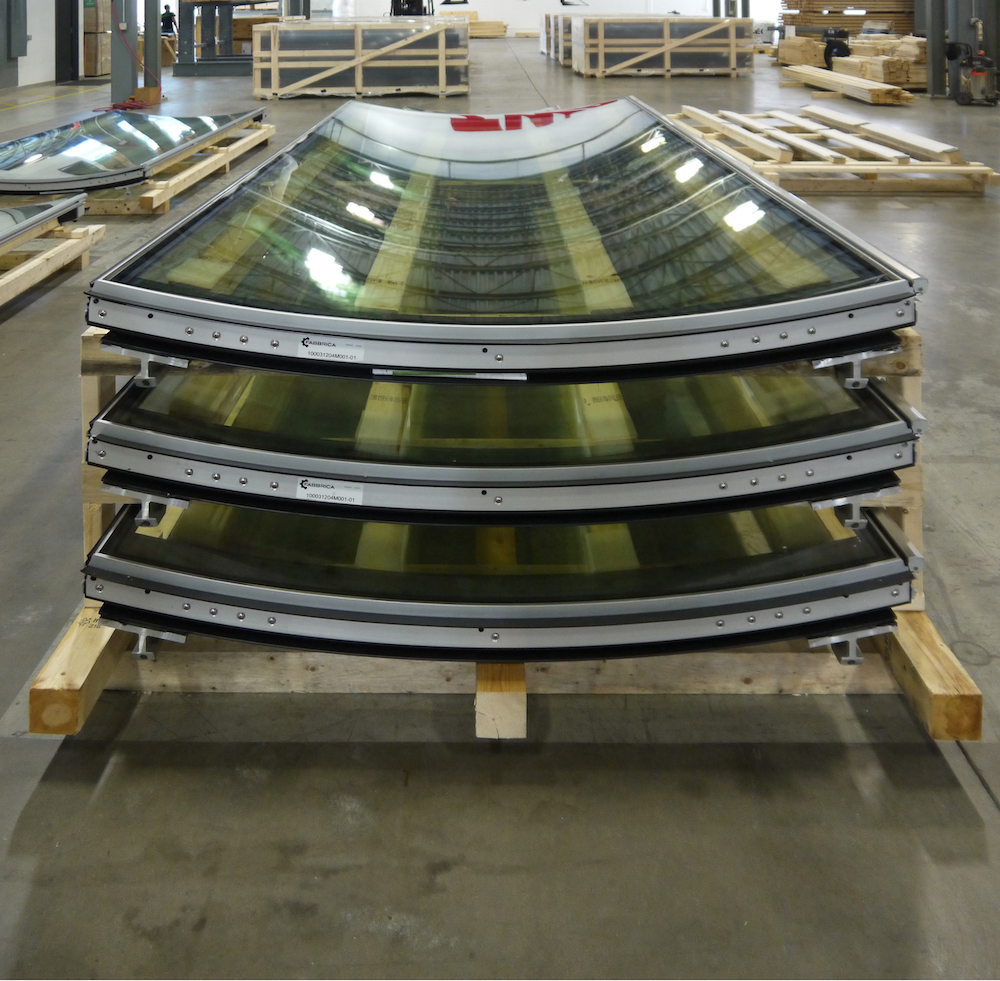 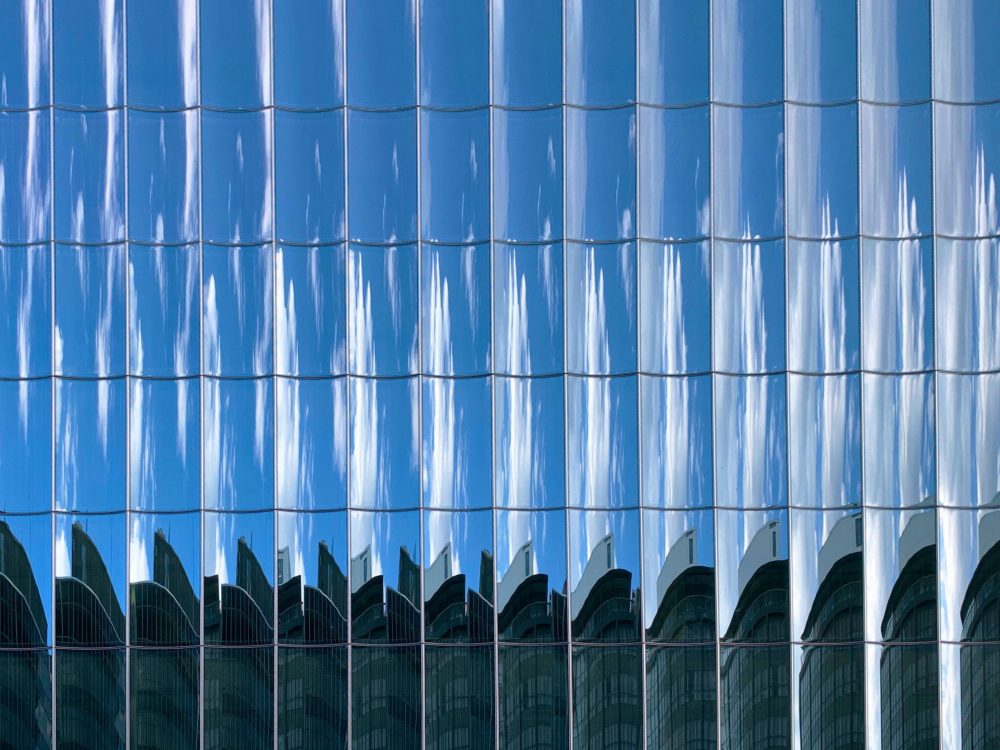 <
►
>
2050 M Street is an ongoing project designed by REX for developer Tishman Speyer, with the help of facade consultant Front Inc. (Luxigon)

Set to open in mid-March, 2050 M Street is a novel commercial project located in the Dupont Circle neighborhood of Washington, D.C. REX, an architecture and design firm based in New York, is the design architect for the project. In contrast to the imposing massing of Beaux-Arts, Brutalist, and droll mid-century Miesian bootlegs that dominate the capital, the project presents a subtle and refined approach to the office block typology with its array of fluted glass panels.

Founded two decades ago by Joshua Ramus, REX has led an impressive array of completed and ongoing projects, including the Ronald O. Perelman Performing Arts Center at the World Trade Center, Brown University’s Performing Arts Center, and the retrofit of 5 Manhattan West. An instrumental collaborator in over thirty of their projects is facade consultant Front Inc., with whom they share an office space in DUMBO, Brooklyn.

“Both companies share a mutual understanding of the other’s values, aspirations and skillsets with each practice leveraging the other to create opportunities for innovation within real and tight project constraints,” said REX founding principal Joshua Ramus and Front Inc. founding principal Marc Simmons. “REX and Front also share a rigor and discipline during an always iterative design process but also as pertains to creative procurement, in close cooperation with owner and construction manager, and focused quality review during the shop drawing, prototyping, testing, assembly and installation phases of the work.”

Tishman Speyer is the developer of 2050 M Street, whose construction was overseen by the managing director of design and construction, Rustom Cowasjee. The non-concrete block structure construction began in March 2018 and facade installation wrapped up in August 2019.

The massing of the twelve-story office building is rectangular and boxy, a common trait in D.C. to maximize square footage within the city’s zoning constraints and height limitations. For REX, one of the challenges of the project was to establish a lightness and verticality for what is an overwhelmingly horizontal project.

To heighten the sense of verticality of 2050 M Street, the design team turned towards the architectural technique of fluting; a feature stemming from antiquity, where shallow vertical grooves were largely applied to columns and pilasters. In place of detailed masonry, the enclosure is composed of approximately 900 curved IGUs, their outward-facing concave surfaces treated with a pyrolytic coating, and form a high-relief facade with a striking kaleidoscope-like impression of the surrounding streetscape and weather features.

Each floor-to-ceiling panel measures 11′-3″ by 5’—those at the top two floors are 12′-10″ and 12′-13″ tall and form a quasi-cornice above the top slab edge—and have a 9′-6″ radius formed through a heat roller tempering process. The project is topped by a separate row of 4′-tall panels that serve as a parapet.  The curvature of the panels also plays a critical role in the office building’s remarkable degree of transparency; the compressive strength of the curves allowed for the panels to be mullion-less, and only supported by brackets anchored to the floor slab and laterally restrained at the head to allow for differential movement. As an additional measure to heighten the lightness of the facade, the structure’s perimeter columns are set back over 12 feet from the glazing to permit nearly undisrupted outward views.

Following REX’s design intent for 2050 M Street, Front Inc. developed a comprehensive system with prescriptive specifications for all aspects of the glass assembly. The design and analysis package was the basis for the facade bid package for prospective fabricators and sub-contractors—Tishman Speyer funded full-scale mockups from each bidder for on-site evaluations by the design team. Ultimately, two firms were signed on to handle fabrication: Tianjin North Glass handled the fabrication of the IGUs cut from Guardian Glass and AGC Asia glass sheets, while Fabbrica managed the aluminum-and-glass modules at their Connecticut facility and handled shipment to Washington, D.C.

“The engagement with the glass fabricators started during schematic design and continued even after the last piece of glass was shipped to the site,” continued Ramus and Simmons. “The actual design of the panels remained unaltered when we received manufacturer feedback; the focus was confirming the viability of cost, quality and schedule of fabrication.”