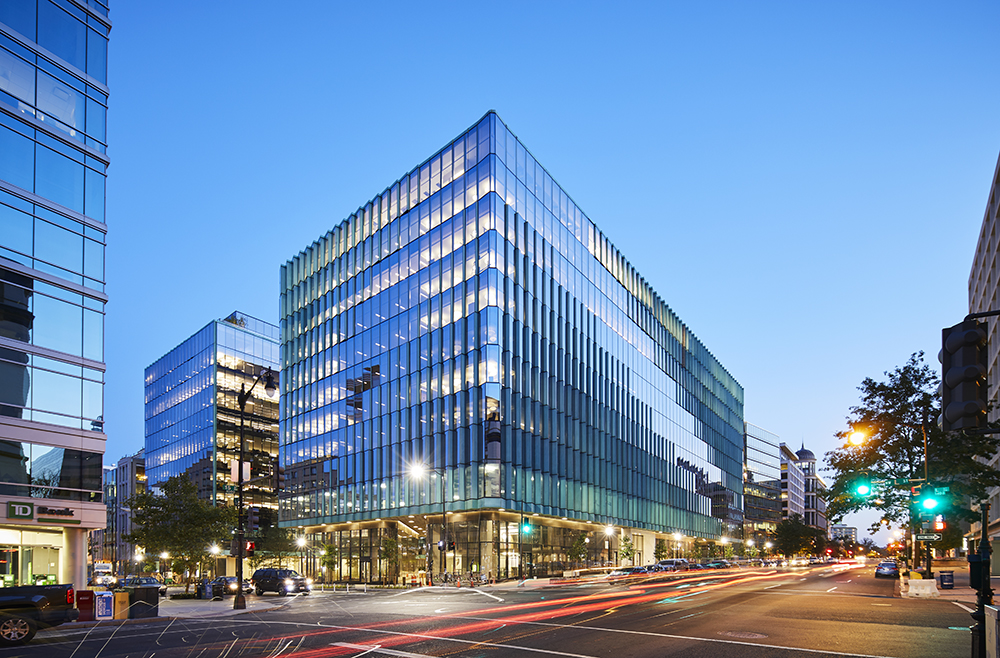 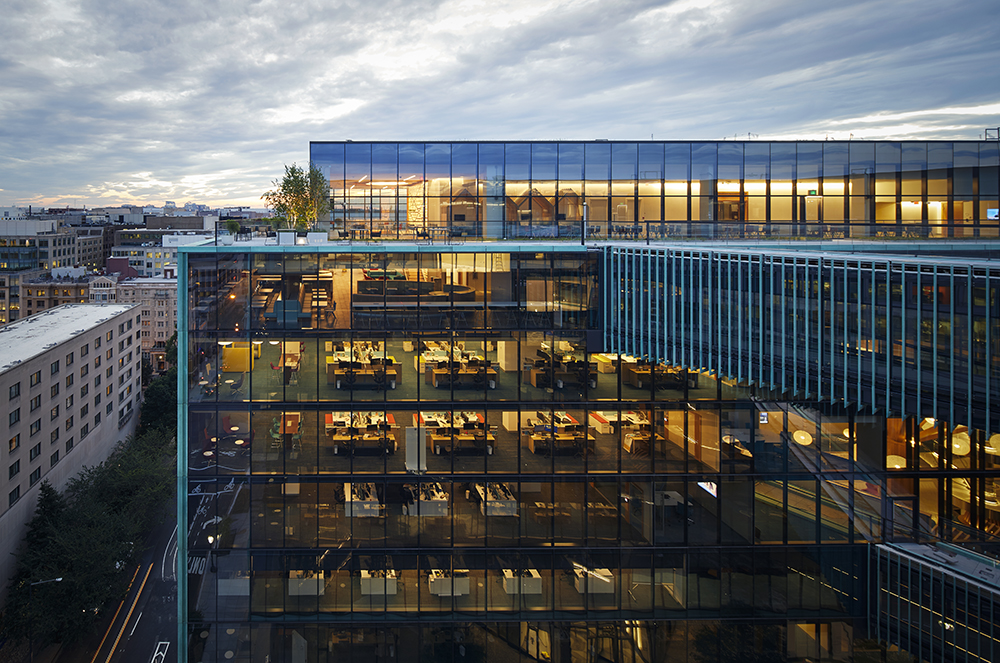 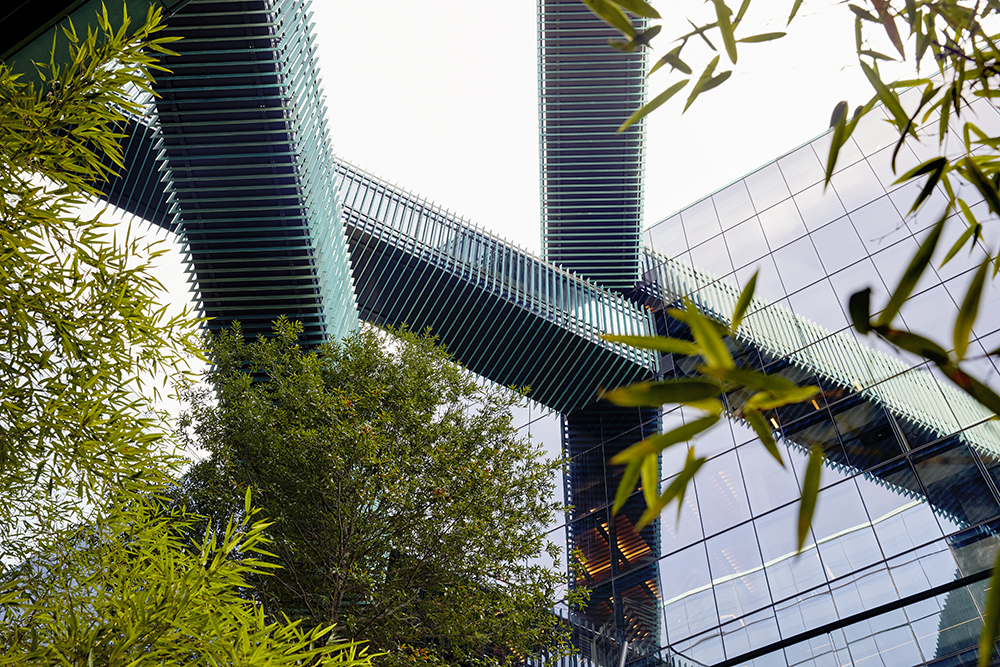 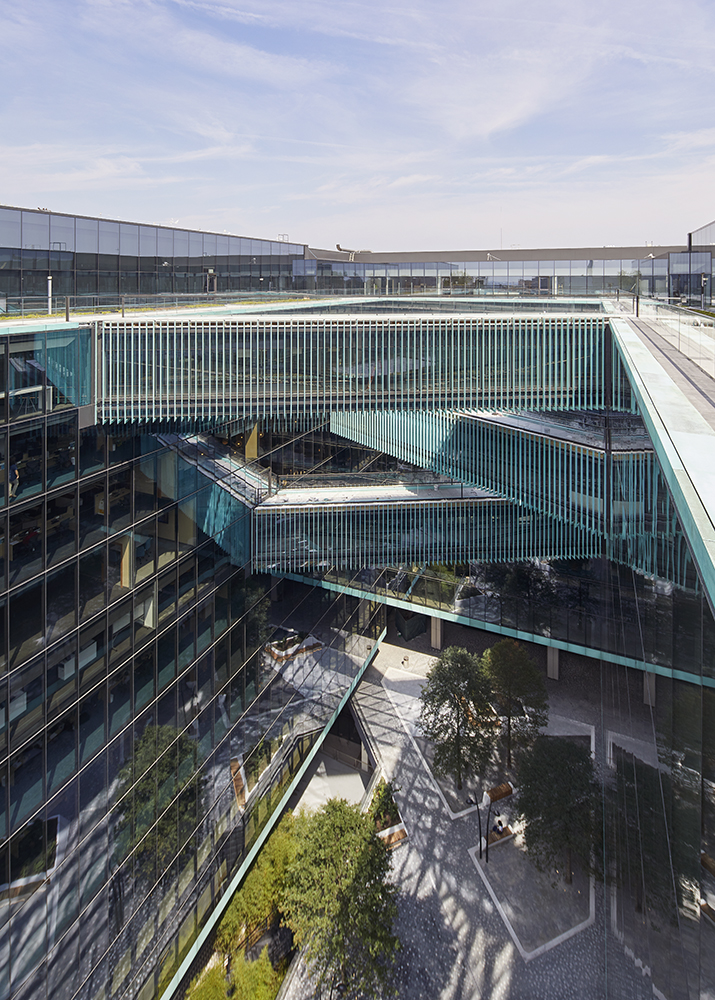 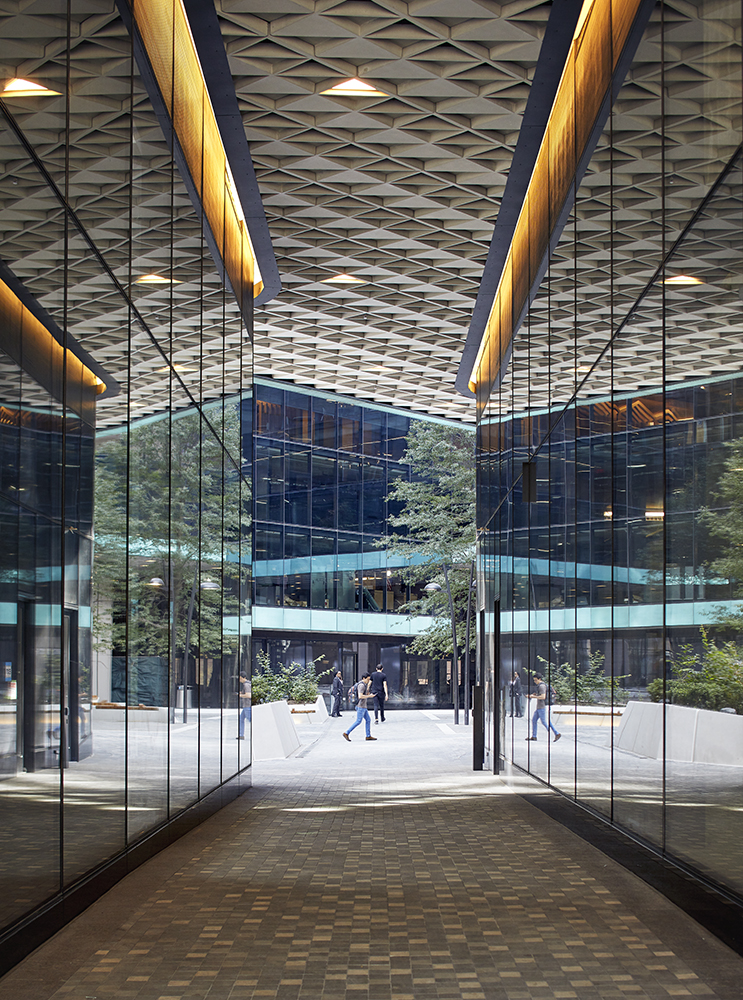 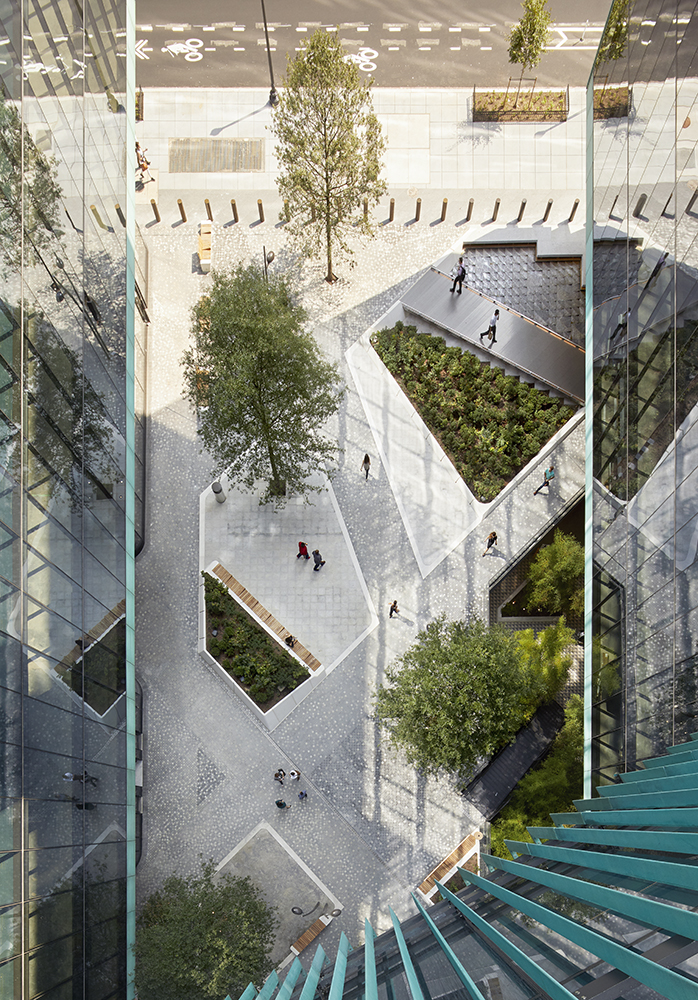 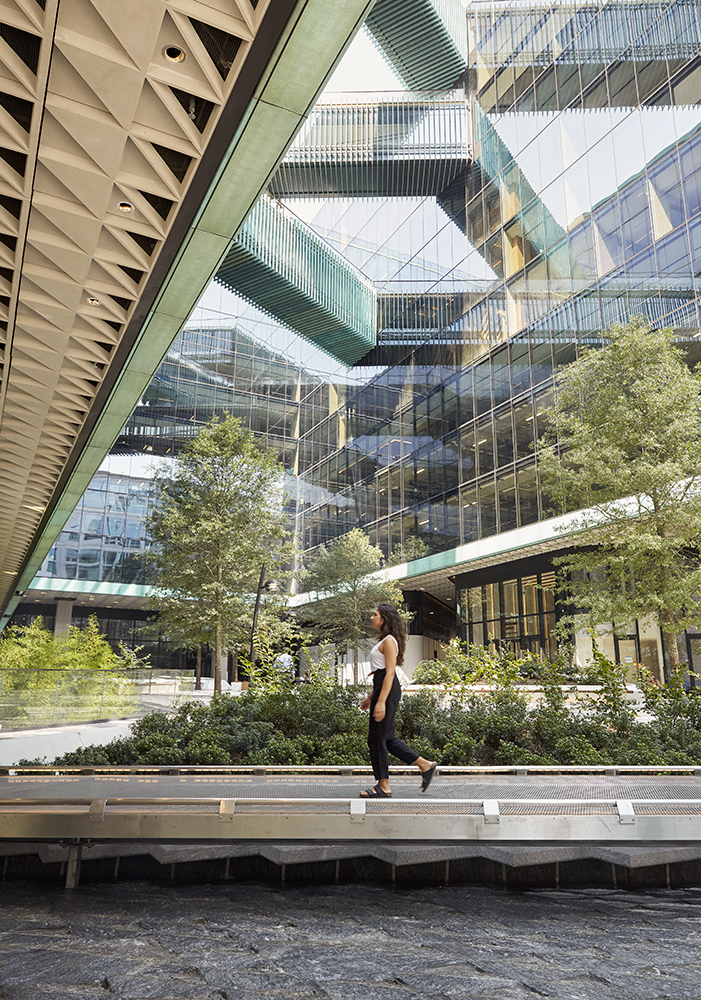 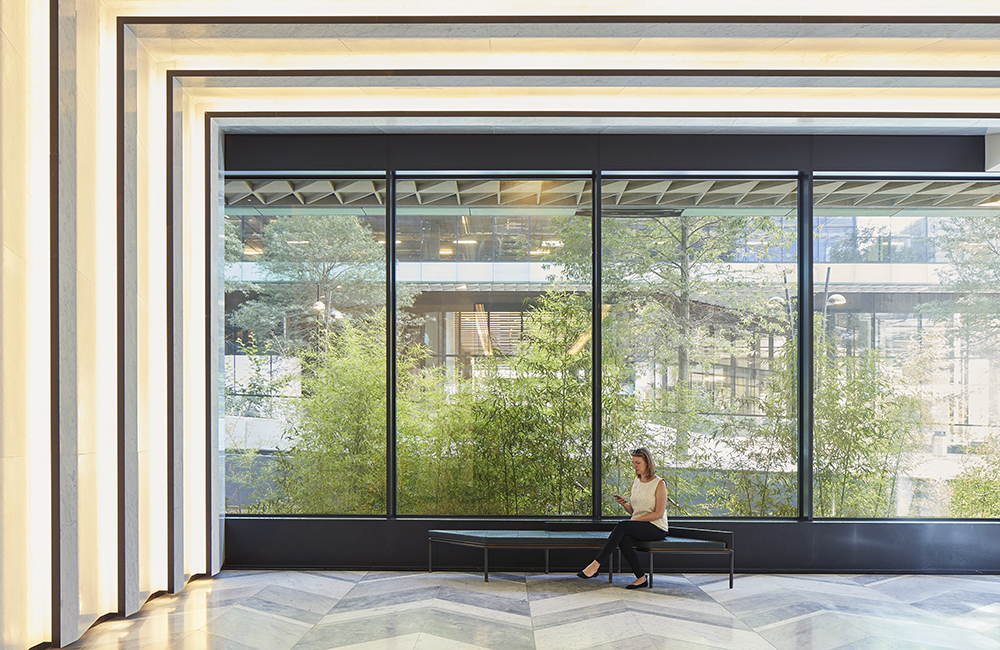 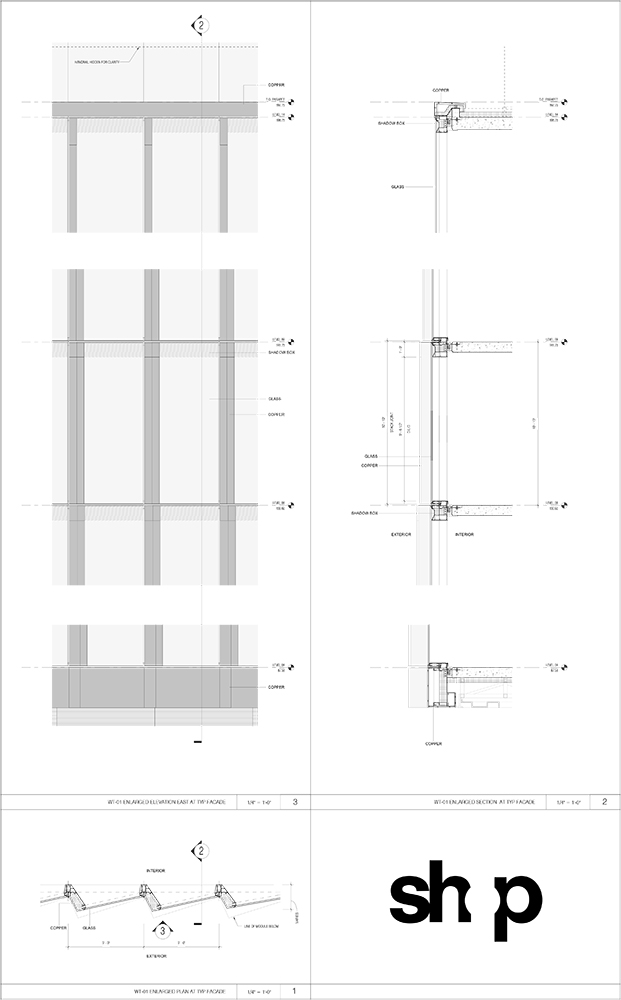 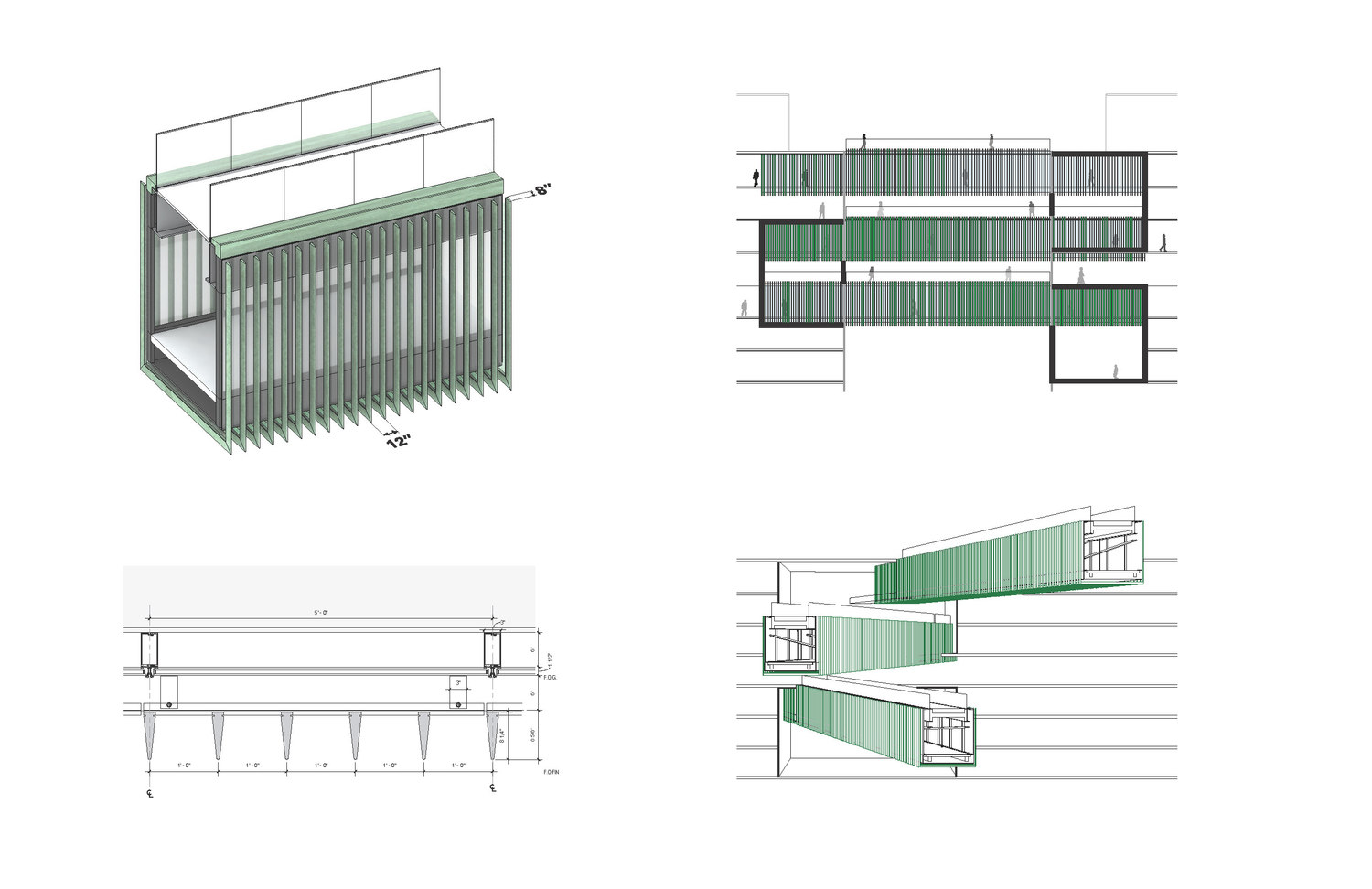 <
►
>
The copper accretions are oriented toward the direction of the sun, reducing internal glare and solar heat. Each panel is clipped to the facade system with formed stainless steel angels and pop rivets. (Courtesy SHoP Architects)

Located in the heart of staid Washington, D.C., SHoP Architects’ 14-story Midtown Center establishes a prominent presence with a contorting copper-and-glass facade and a trio of sky bridges. Opened in September 2018, the one-million-square-foot project stands on the site of the former headquarters of The Washington Post.

Built according to a U-shaped layout, the street-facing elevations are defined by saw tooth protrusions on the curtain wall. The projections ripple across the elevation, originating from two corners of the facade and softening toward the center. Each of these three-dimensional units that hang off of the structure’s rectangular mass share a standard width of 5 feet and a height of up to 10 feet.

While the use of a traditional material such as copper facilitates a stylistic link between Midtown Center and its historic surroundings, the metallic surface is also performative. The copper accretions are oriented toward the direction of the sun, reducing internal glare and solar heat. Each panel is clipped to the facade system with formed stainless steel angles and pop rivets.

The three sky bridges that crisscross above the courtyard echo the use of copper as an exterior detail; approximately 350 vertical fins, two inches wide and five inches deep, line the skyways. Although the fins function as a brise-soleil for the suspended corridors, their primary effect is visual. A rich turquoise rhythm reflects off of the courtyard’s glass modules while ribs create a matrix of shadows below. The fins themselves are bolted to a substructure rail that is held three inches off of the glass by horizontal mullions running across the top and bottom of the sky bridges.

At the ground level, SHoP Architects collaborated with SCAPE to design the publicly accessible 15,000-square-foot courtyard. According to SHoP Founding Principal Gregg Pasquarelli, the design team “took inspiration from Washington’s original master plan to create a building that allows the public to angle strategically across the site.” Diagonal paths cut through the building, past sunken granite fountains and plots of landscaping.