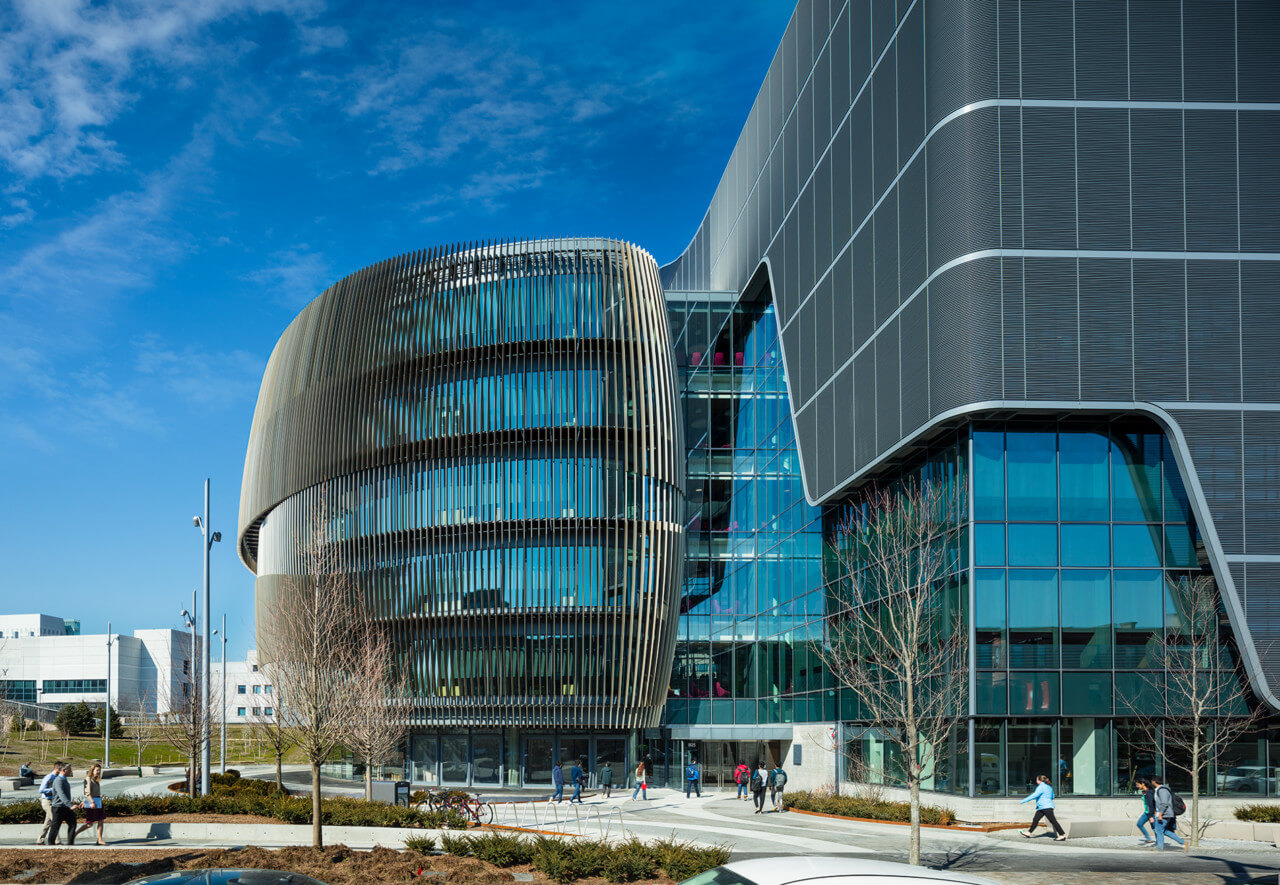 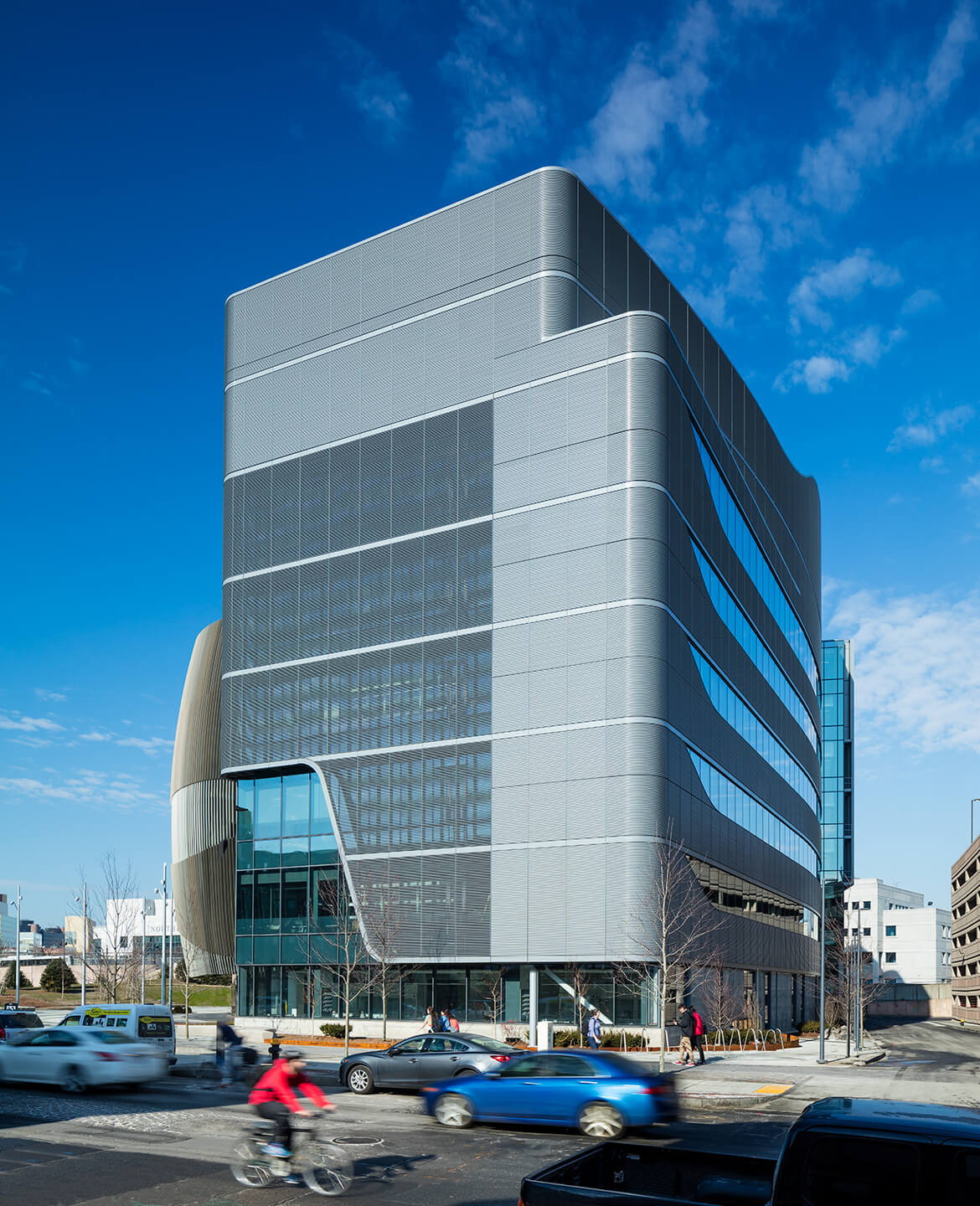 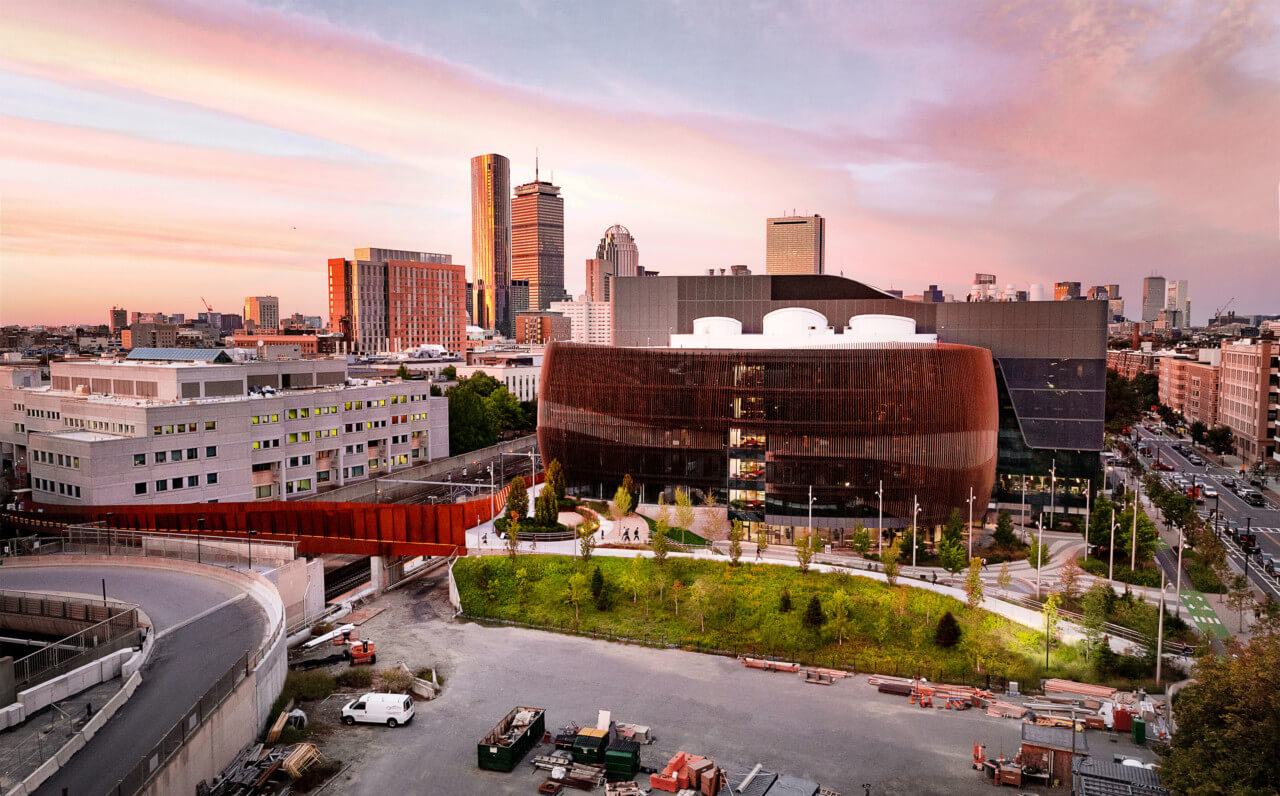 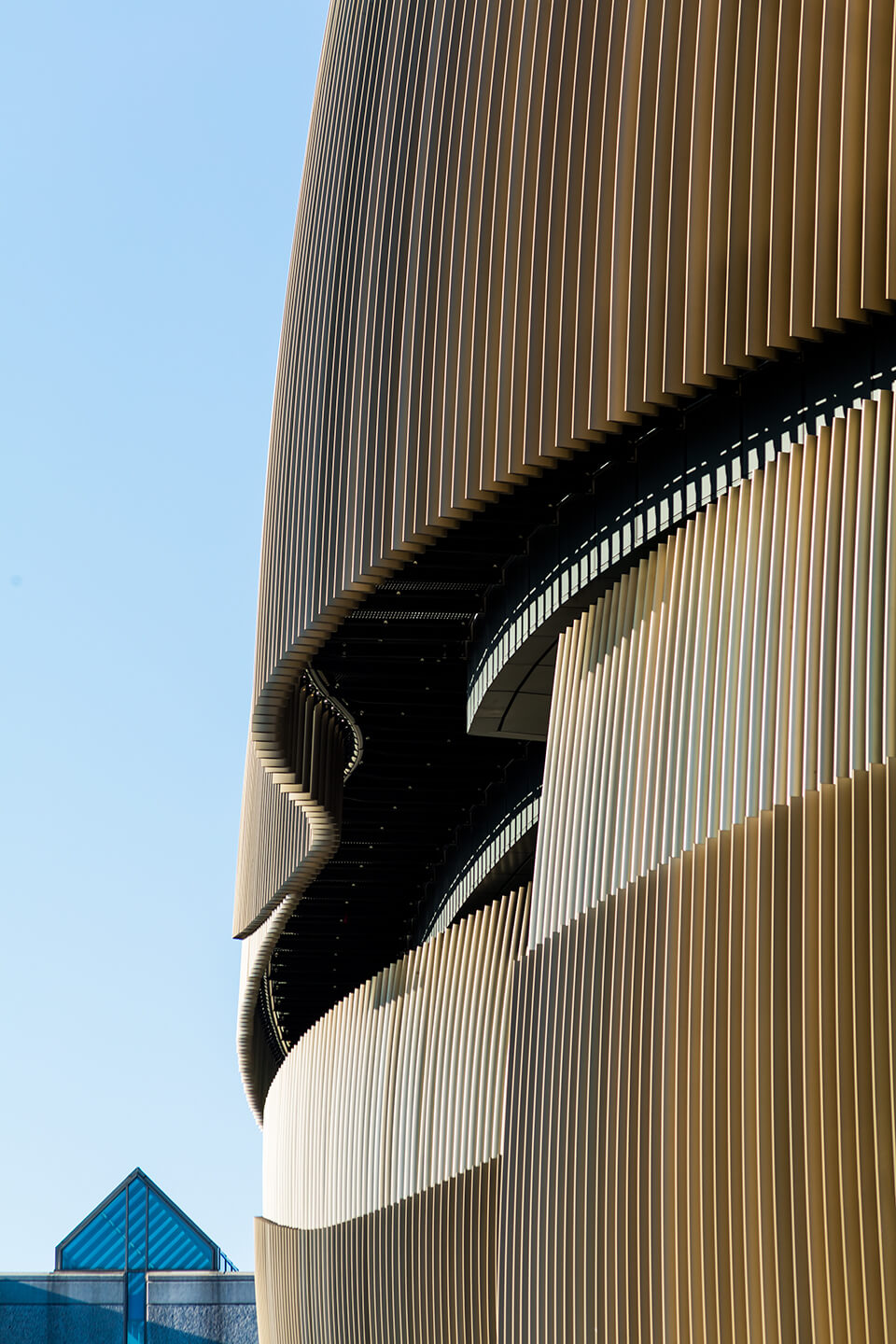 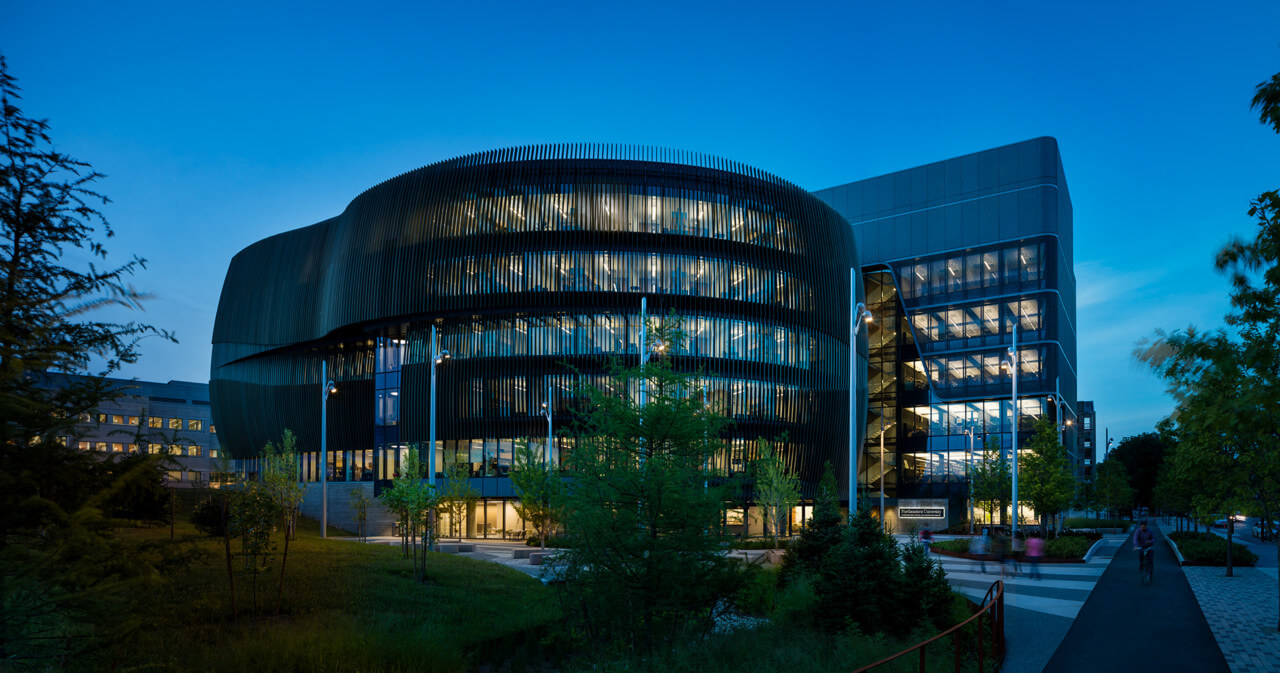 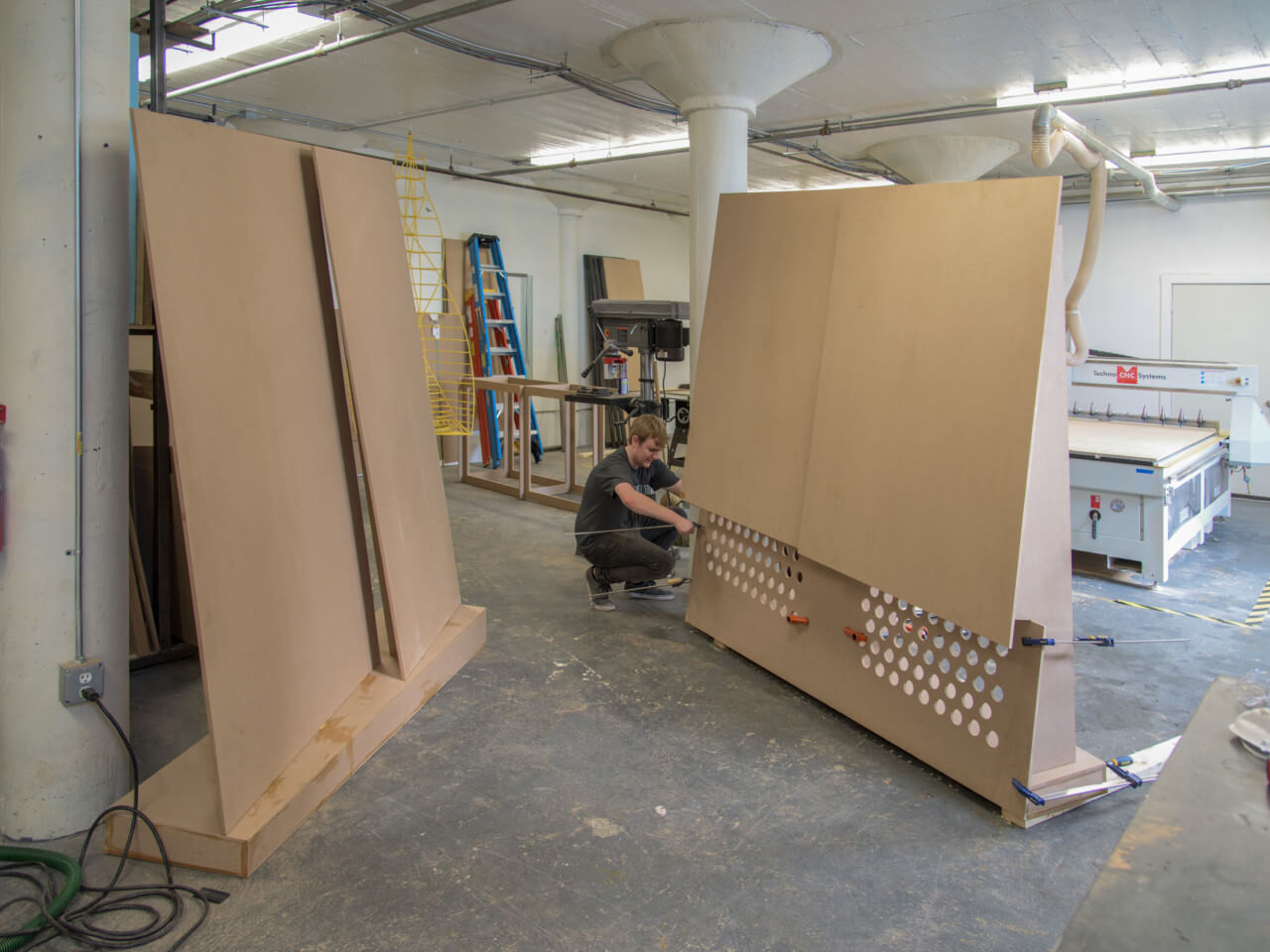 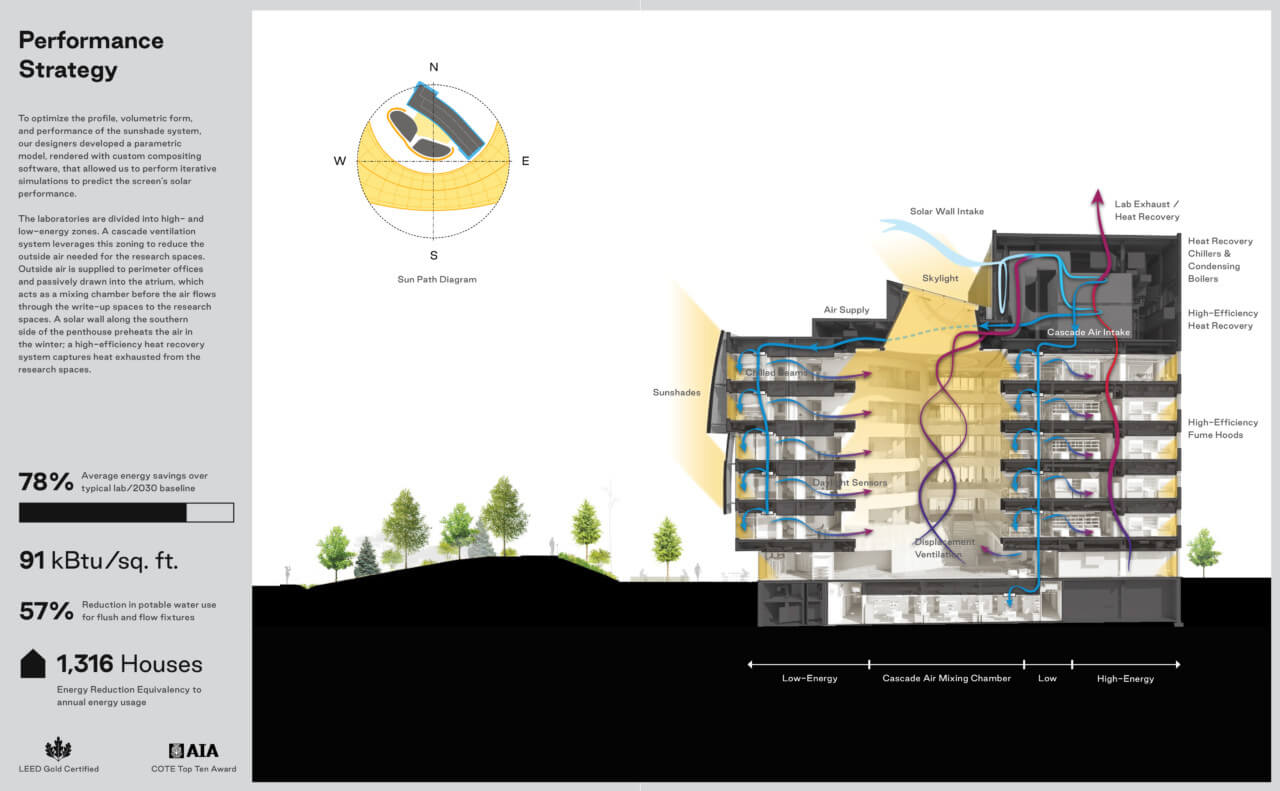 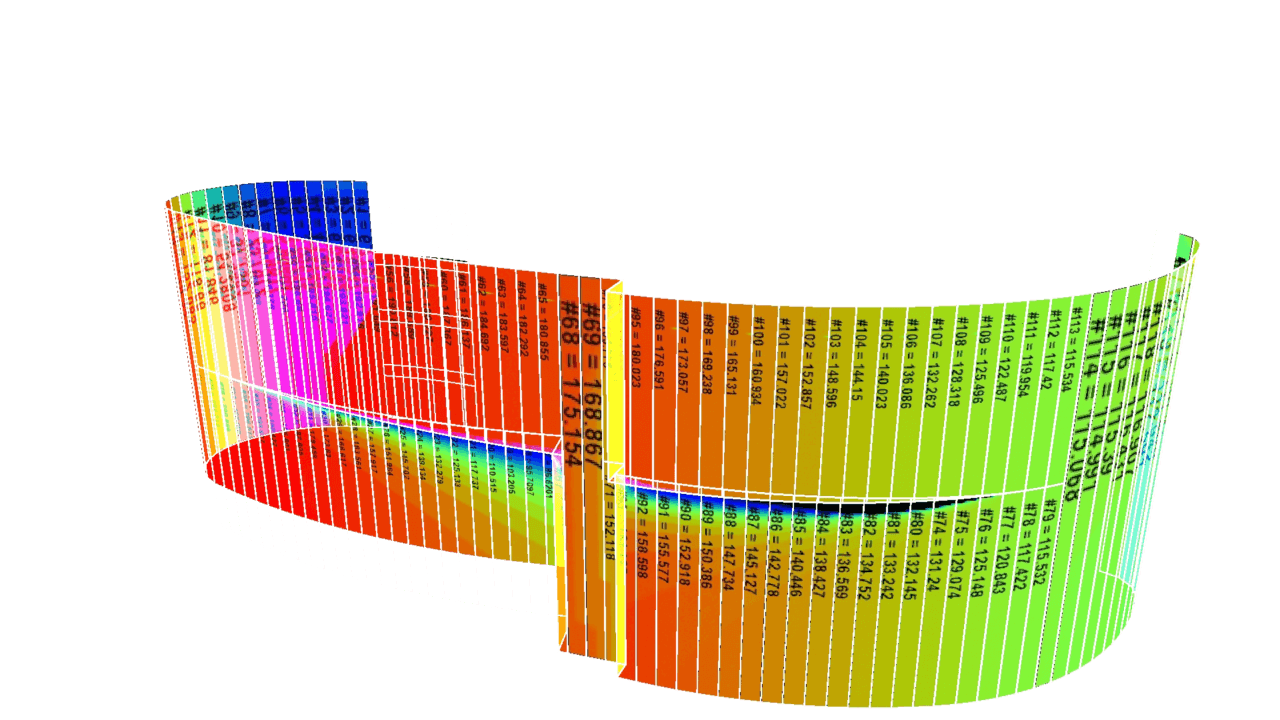 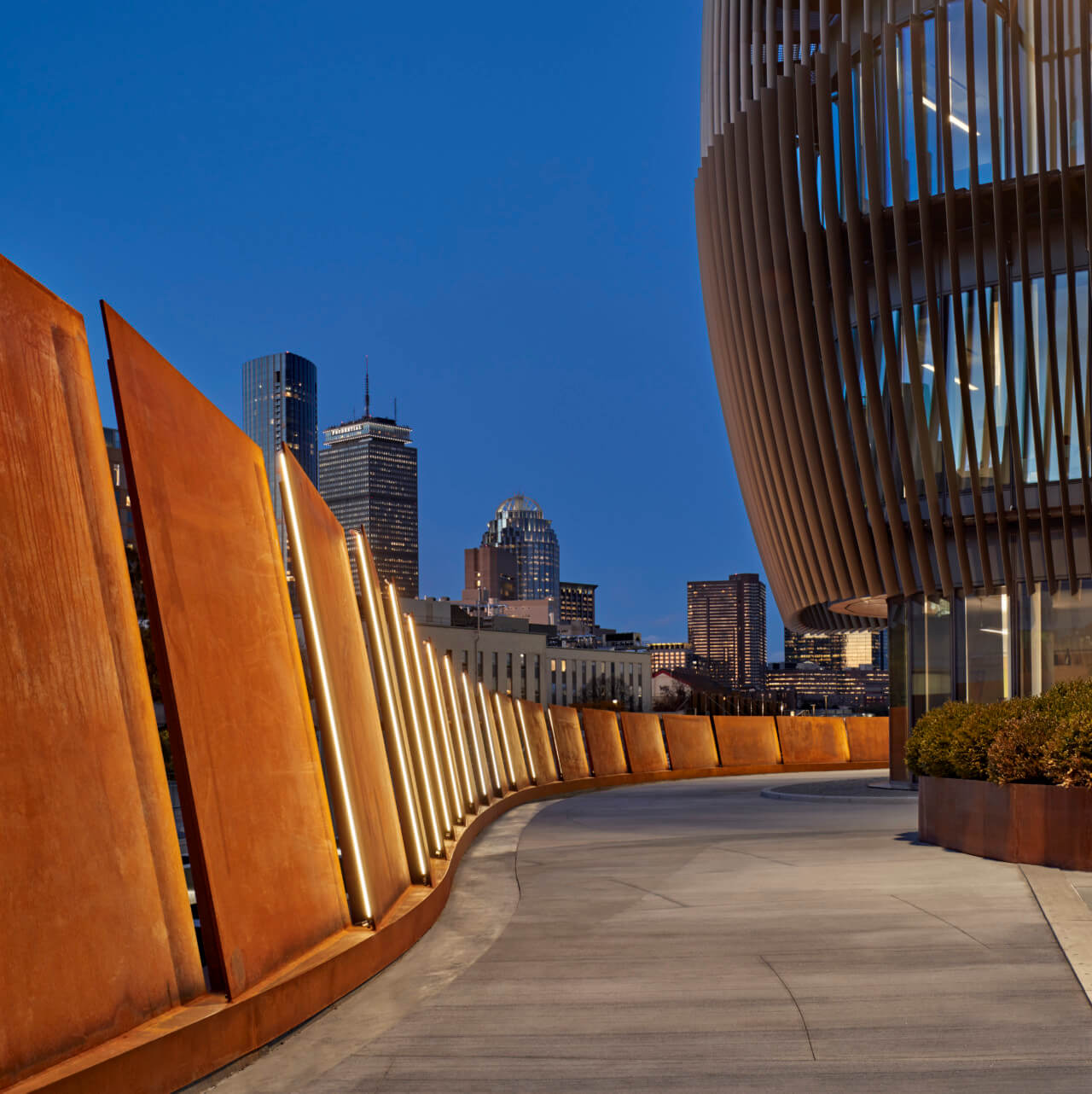 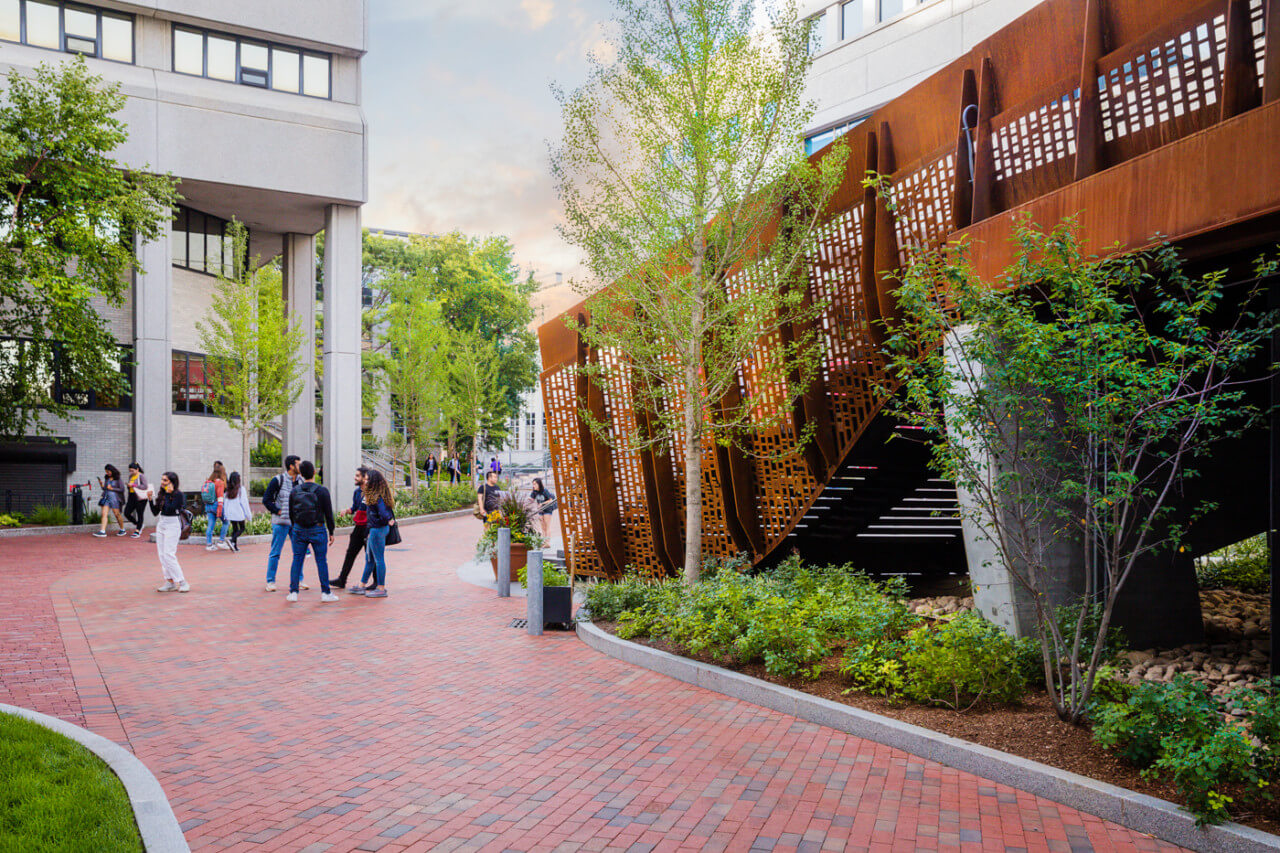 The only thing taller than the glowing, curved fins of the six-story Interdisciplinary Science and Engineering Complex building is its list of awards. Northeastern University’s new academic and research center, designed by Payette, has won over ten major awards since its design phase—most recently the 2021 AIA Architecture Award and 2021 AIA Regional & Urban Design Award. The building serves as a portal to enhance student life and the connection to the city, providing 234,000 square feet of academic space and merging with the nearby 4.7-mile linear park linking several neighborhoods and an active rail line.

The addition saw an ovoid-shaped, vertically slatted office pod budding from a sleek and horizontally gridded research facility, referred to as the ‘EXP’ building. Both structures are not only connected by the pedestrian bridge—a common and often excessively vaunted feature of educational architecture—but also through the use of faceted glazing held constant in both facades. The new ISEC facade is primarily a triple-glazed unitized curtain wall with two different energy-busting shading systems: extruded and curved bronze fins and a horizontal system of powder-coated aluminum rods hung on the exterior structure. These systems helped achieve an efficiency of 91 kBtu per square foot, a 78 percent decrease in energy use compared to the 2030 baseline. “We didn’t want to just make a pretty building,” said project architect Wesley Schwartz, AIA. “If it was going to look exciting, it would have to be more than skin deep.”

The unitized panels are typically 14′-6”-by-5′-3”, varying in areas where the curvature meets faceted glass. Payette had notable international collaborators on this project: Permasteelisa Group served as the fabricator for the bronze skin on the ISEC building, engineering came from the Dutch team at Scheldebouw, and consulting from ARUP Facades. The adjacent EXP building, currently undergoing construction and soon to be completed, uses fenestration systems and glass from Island Glass.

Before the Rhino model was shared with the fabricator for seamless handoff, the design team developed their own custom software to study solar radiation on the enclosure and to refine details regarding performance and dimension. Despite this impressive feat, Kevin Sullivan, a partner at Payette, said that “By far the most difficult part was the pedestrian bridge due to the logistical and technical solutions required to build over active rail lines and its catenary wiring. Testing different fabrication strategies throughout the design and construction process was essential.” The Richard Serra-esque weathered steel plates that line the pedestrian bridge gently slope to form an illuminated pathway between the active railway and its catenary wiring.