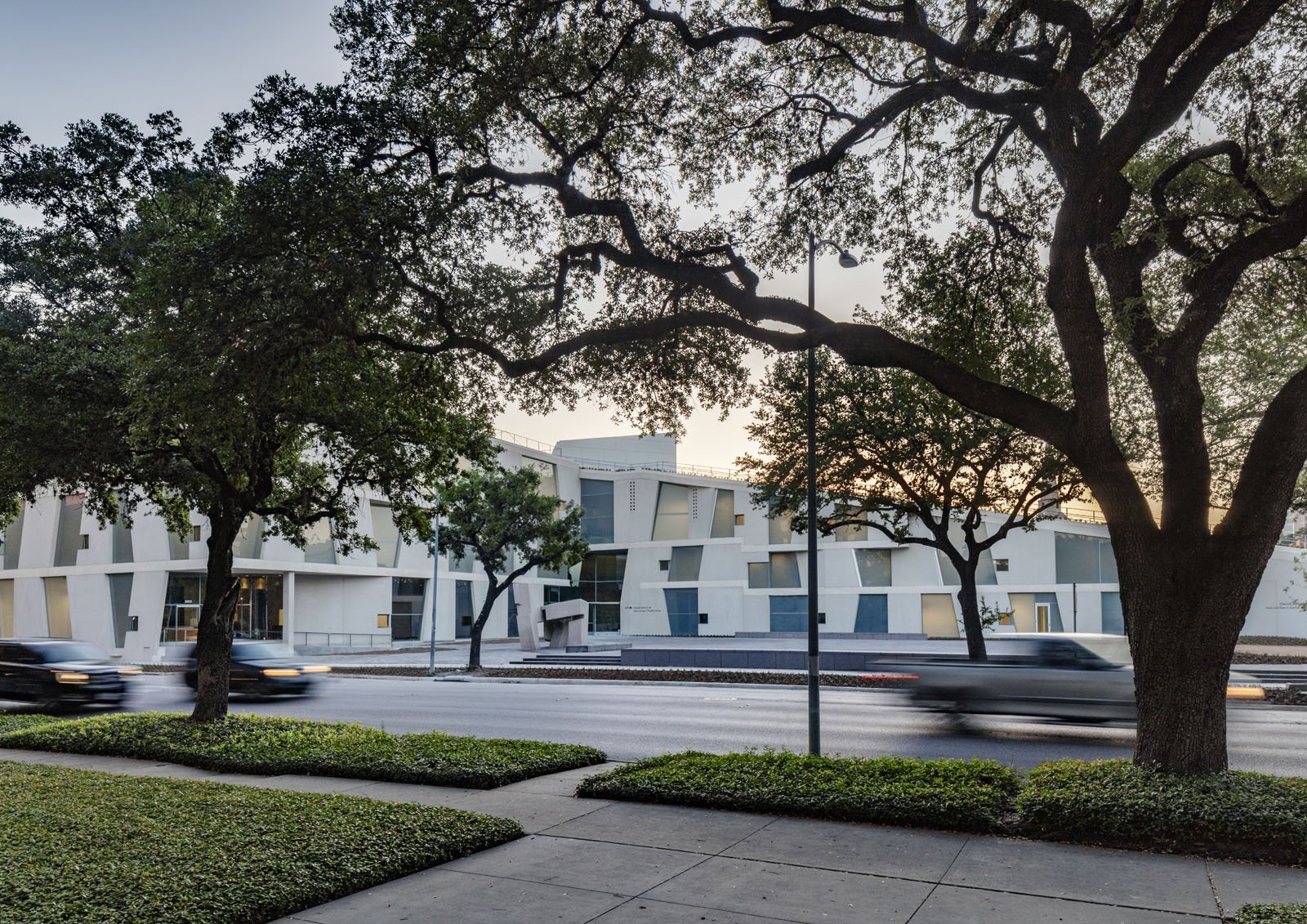 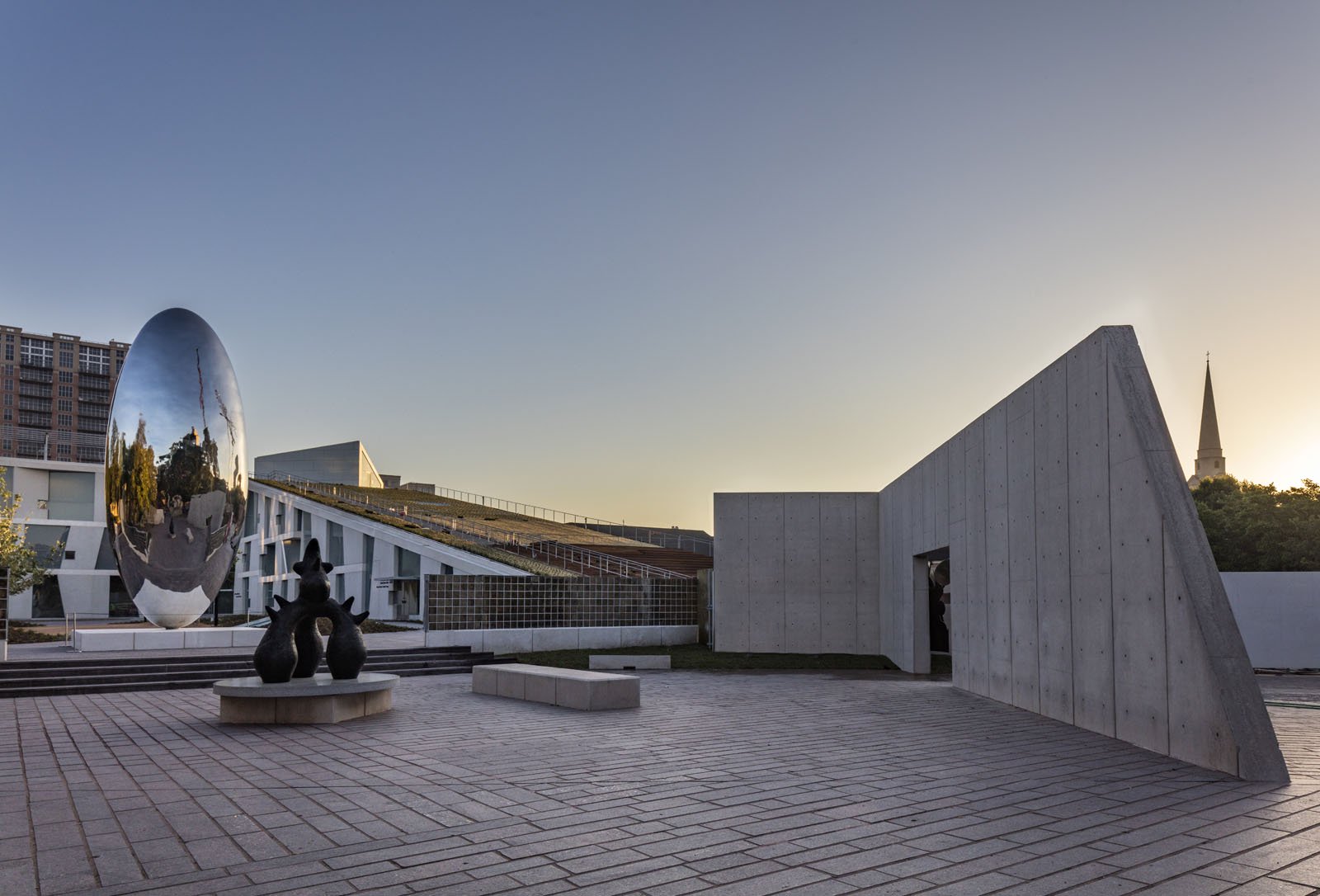 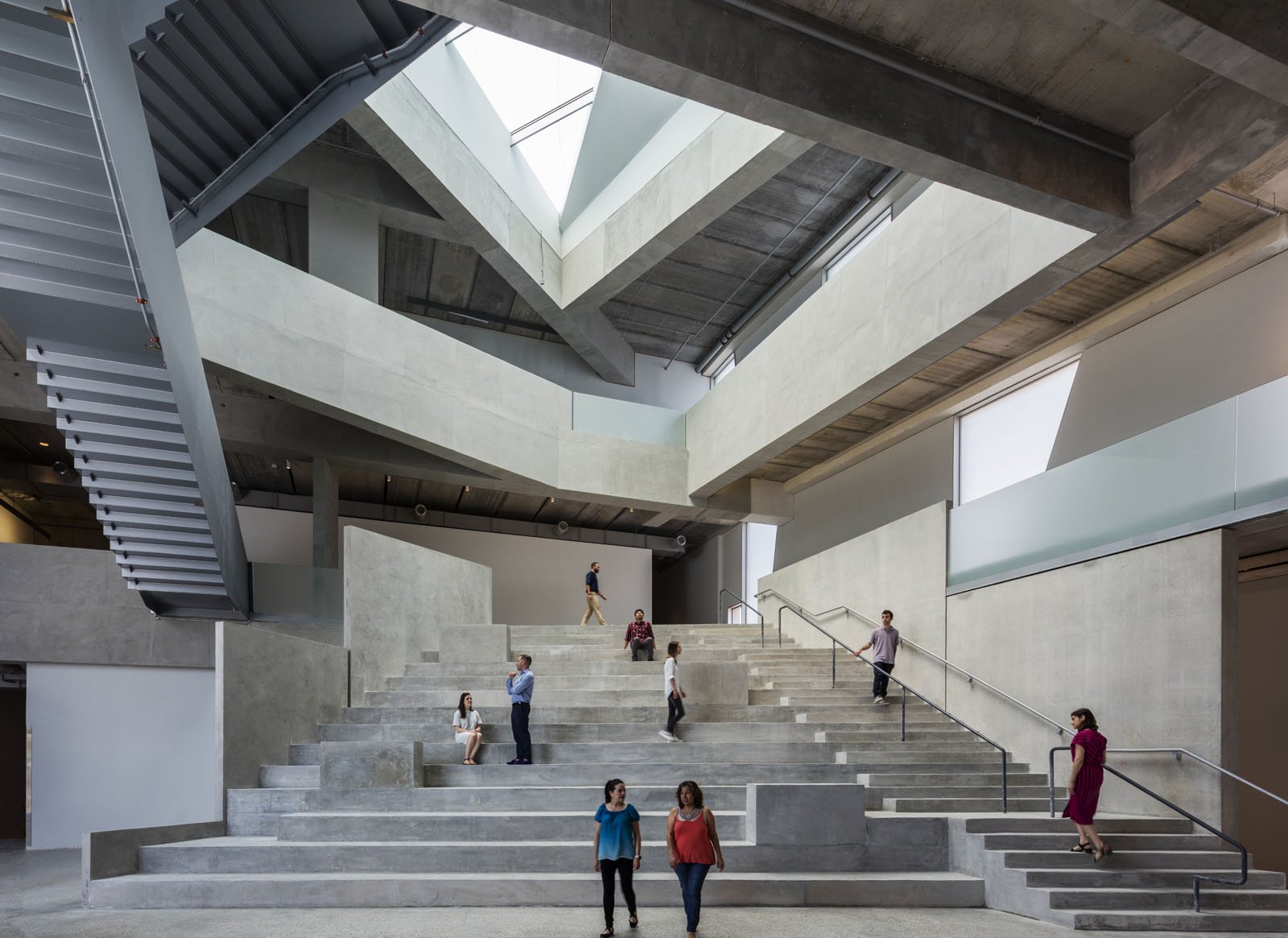 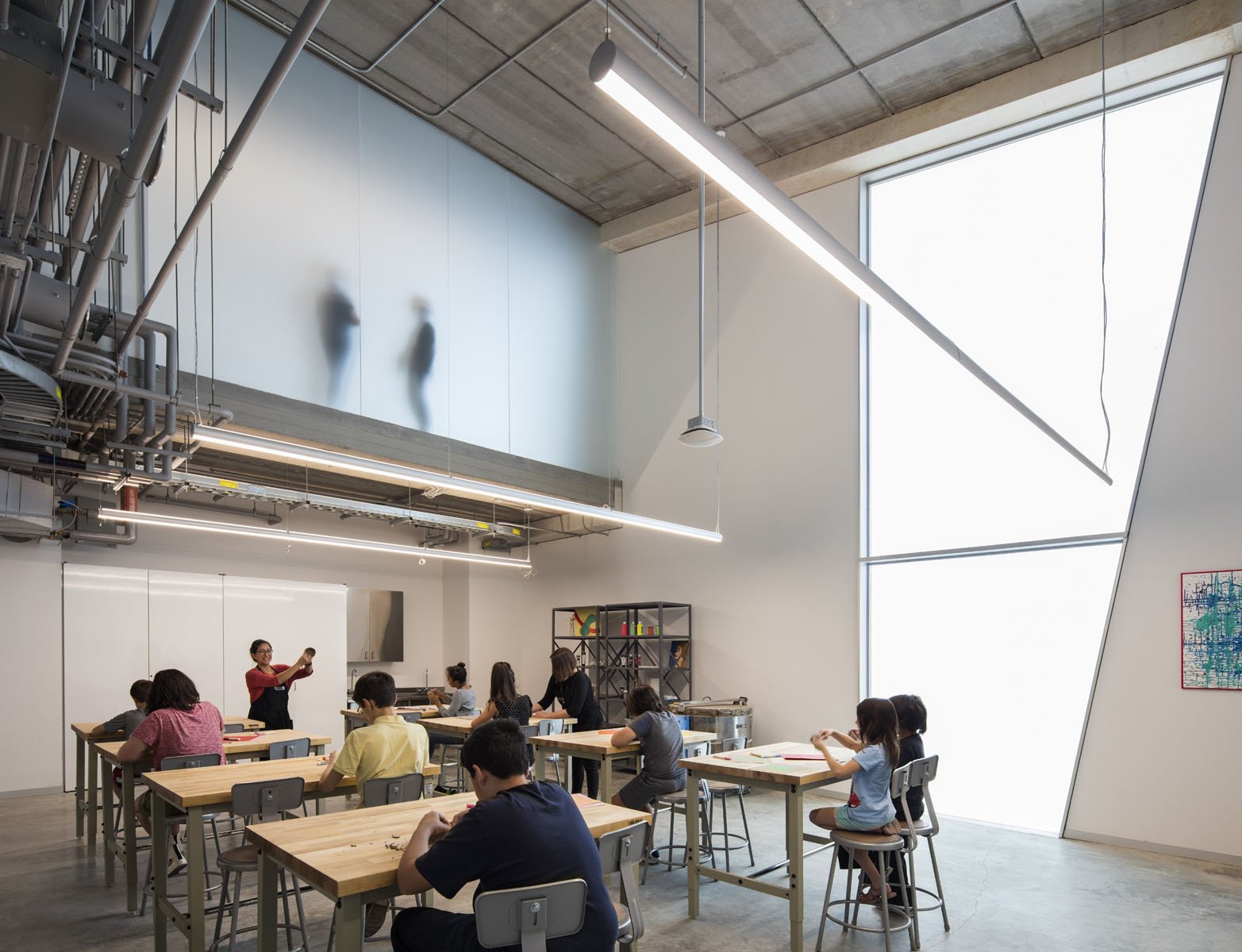 Earlier this year, the Museum of Fine Arts, Houston (MFAH) opened the new Glassell School of Art, the nation’s only museum-affiliated art school serving pre-K through postgraduate students. The Steven Holl Architects-designed project is the first building in a 14-acre development that will reshape the museum’s campus. It joins other buildings on the campus designed by Ludwig Mies Van Der Rohe, Rafael Moneo, and Carlos Jimenez. The design has an L-shaped plan with a sloping, walkable roofline running the length of the building.

The facade of the Glassell School consists of monumental precast concrete panels tied together with cast-in-place concrete plank beams with glazed infill panels between. There are 178 unique precast panel shapes. They all reference the same 11-degree angle seen in the slope of the roof. This shows up with variations in each panel to create the facade’s unique look.

Originally, the project team designed a system of only precast panels, but this created challenging connection details, so they opted for cast-in-place beams to connect the panels. These beams were cast with vertically-projected rebar that each precast panel mounted onto. The panels were fitted with sleeves at the base and the top to receive the rebar from the beams. This required a great amount of precision in the fabrication of the panels to align the sleeves with the rebar. It took immense coordination between the architects, the concrete contractor casting the beams, and the precast fabricator, Gate Precast Company.

The architects, along with the client, chose to cast the concrete using a color that references the Indiana limestone used in the surrounding buildings on the campus. The cast-in-place beams were cast in a similar white concrete to match the precast concrete as closely as possible.

The interior of the building is mostly art studios, which called for indirect daylighting. Steven Holl Architects delivered this through the use of two different glazing systems integrated within the facade. Alternating between the precast concrete structure there are expansive insulated glazing units (IGUs) with a translucent polyvinyl butyral (PVB) interlayer. This assembly was designed to mitigate solar gain and save energy while allowing the interior to be fully illuminated. The translucent glass also creates a glowing effect for the building’s exterior at night. In addition to the IGUs, each studio space has a small three-foot-by-three-foot operable vent with clear glazing that allows for an exterior view.