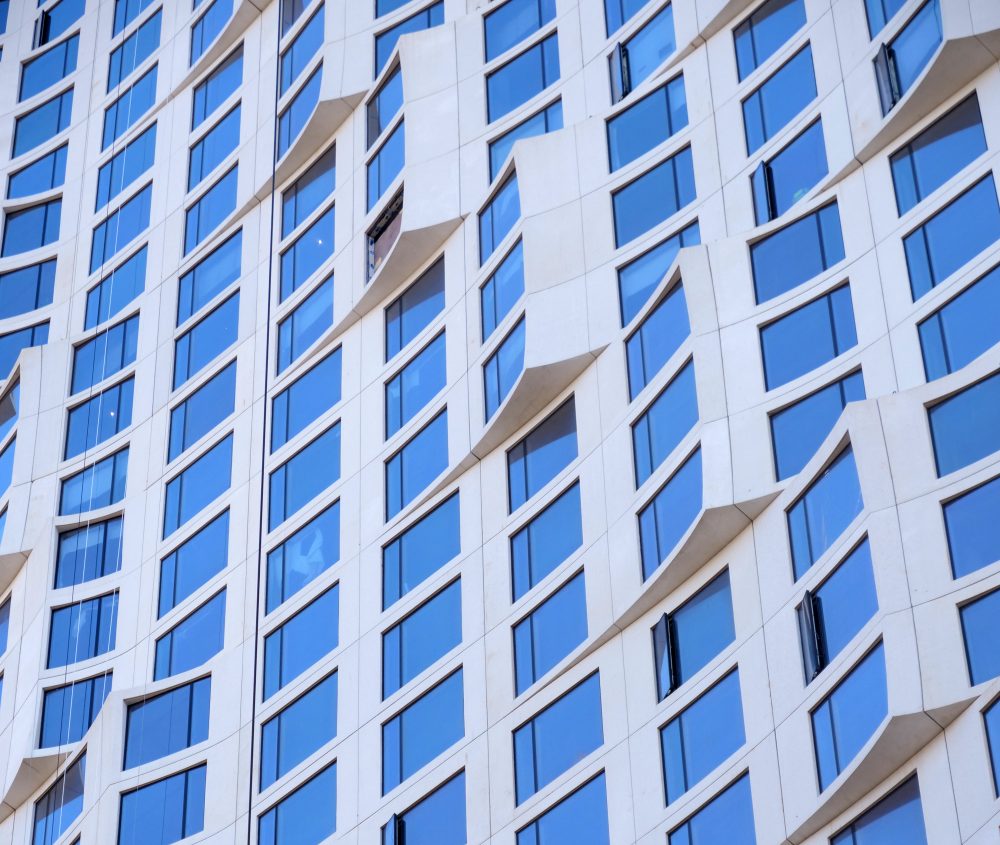 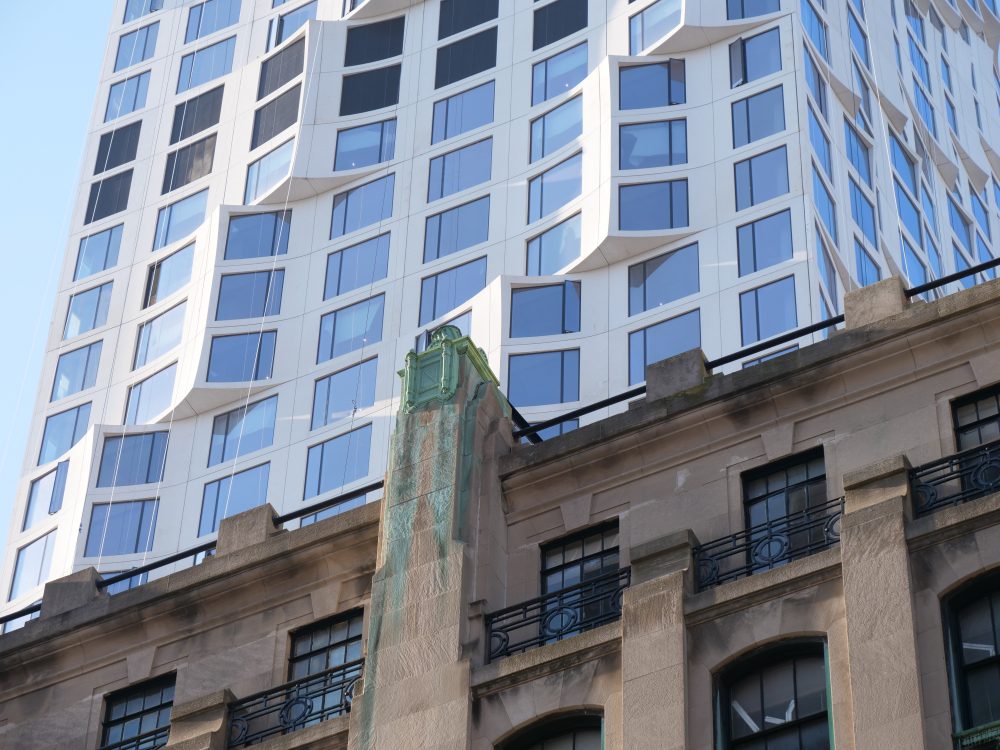 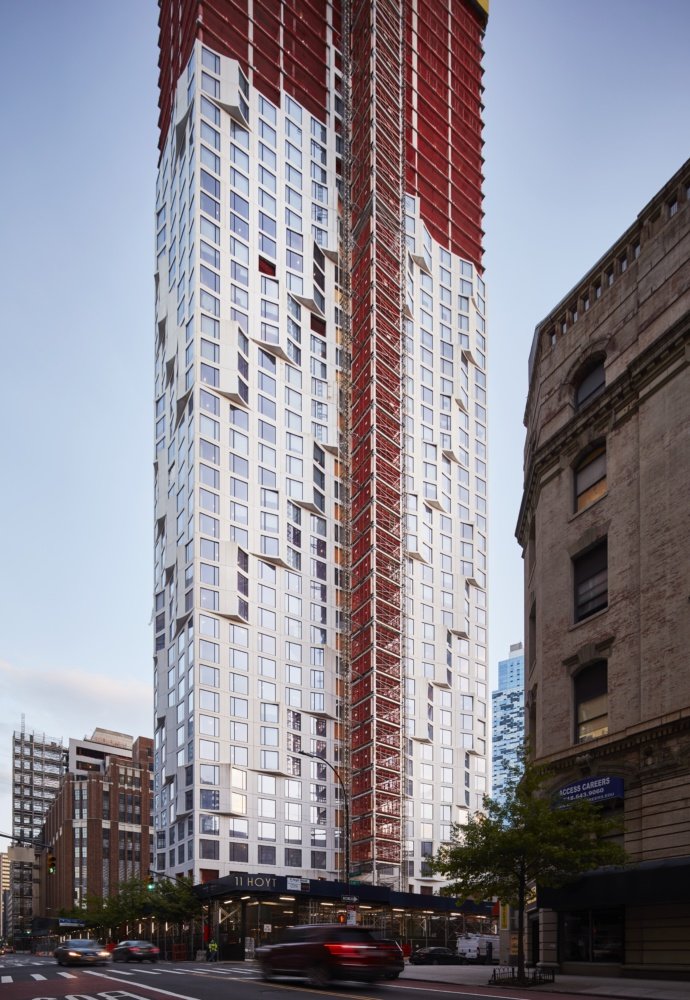 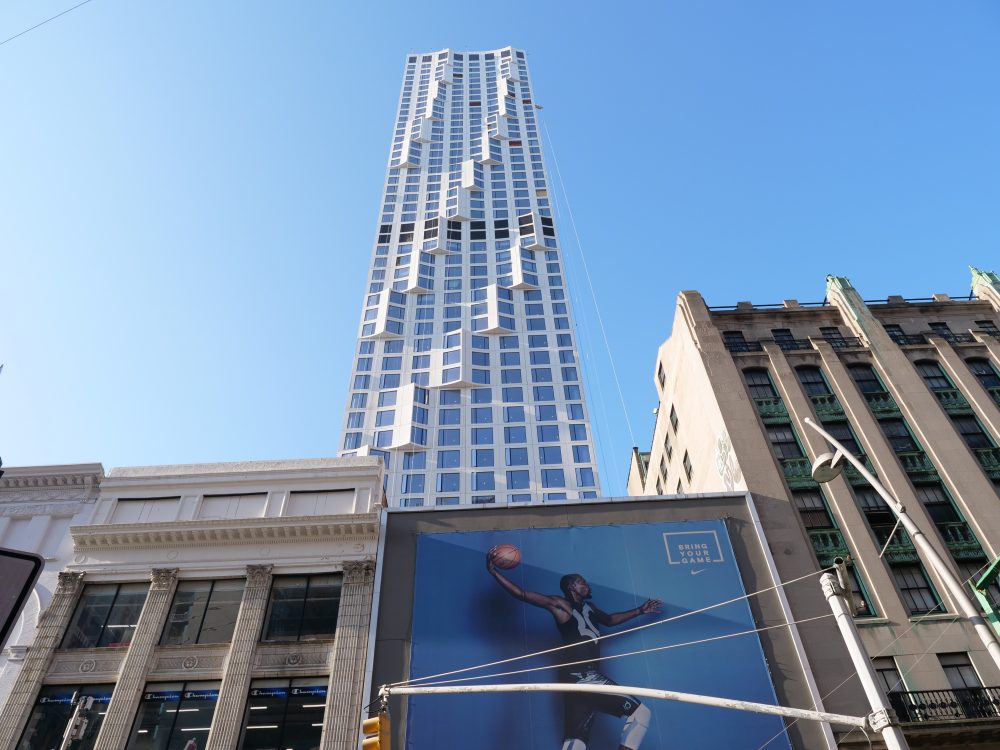 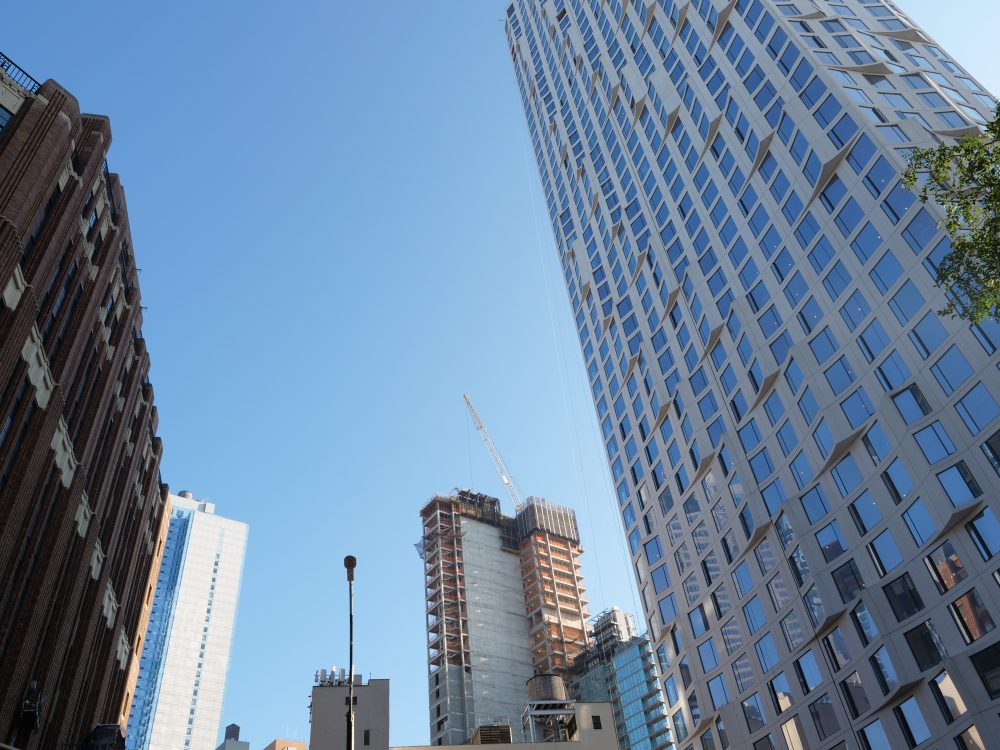 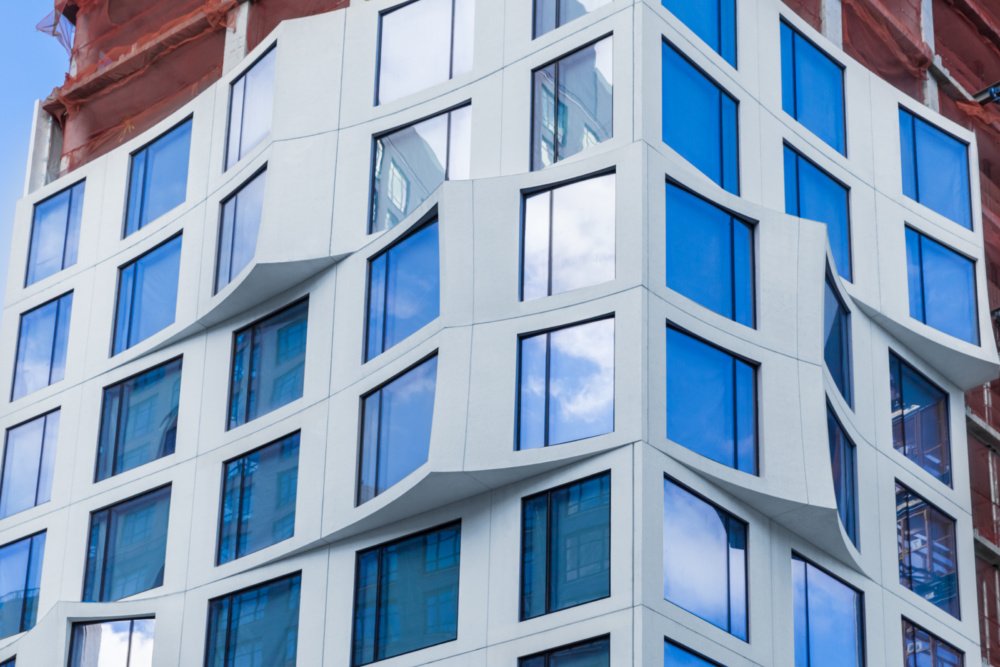 Since rezoning under the tenure of Michael Bloomberg, Downtown Brooklyn has undergone a tremendous transformation from a relatively low-slung commercial district to a burgeoning neighborhood defined by row upon row of residential towers. 11 Hoyt, located on the southern boundary of the district, is another addition to the area set to be completed in 2020. The tower, developed by Tishman Speyer, is Studio Gang‘s first residential project in New York City and breaks from the fairly lackluster design typology of the area with a unitized curtainwall of scalloped precast concrete panels.

The 770,000-square-foot project rises to a height of over 600 feet and is tucked in midblock—the tower will be ringed by a street-wall podium which is in turn topped by a private park.

The approximately 1155 precast concrete panels were produced by Canadian manufacturer Bétons Préfabriqués Du Lac (BPDL), and measure just under twelve feet in both height and width. The panels are composed of white concrete with a thin veneer of light grey calcite. They are arranged in seven sweeping undulations along the east and west elevations, and three to the narrower north and south elevations, creating diagonal strands of bay windows that protrude from the otherwise flush curtainwall. According to Studio Gang senior project leader Arthur Liu, “the design process and digital design tools helped create a small number of discrete facade elements arranged in a way that offered variation and flexibility to the design of the facade while simultaneously aligning with interior spaces and respecting the limits of constructability.”

The custom aluminum window systems fabricated by Stahibau Pichler were, for the most part, installed by BPDL into the precast while at the factory. In total, over 110,000-square-feet of glass, produced by Guardian Glass and cut by Tvitec, was used for the project.

Prior to the construction of the park-topped podium, the multi-lot space has served as a staging ground for the installation of the oversized panels. The panels are split into two categories; the 22,000-pound “scalloped” panel and the 11,000-pound flat panel. Both are hoisted into position and connected for lateral and gravity support at the floor slab with multiple galvanized steel anchor assemblies.

A particular challenge of the project was waterproofing associated with the exposed horizontal precast panels. “The waterproofing had to be applied at the BPDL plant to avoid costly and difficult installation in the field and it had to be done immediately at the time of production without disrupting BPDL’s plant workflow,” said Gilsanz Murray Steficek Partner Achim Hermes. “Due to winter weather restrictions in Alma, Quebec from October to April, the application of the waterproofing had to be done indoors. That meant it had to occur shortly after the precast panels were stripped out of their forms.”