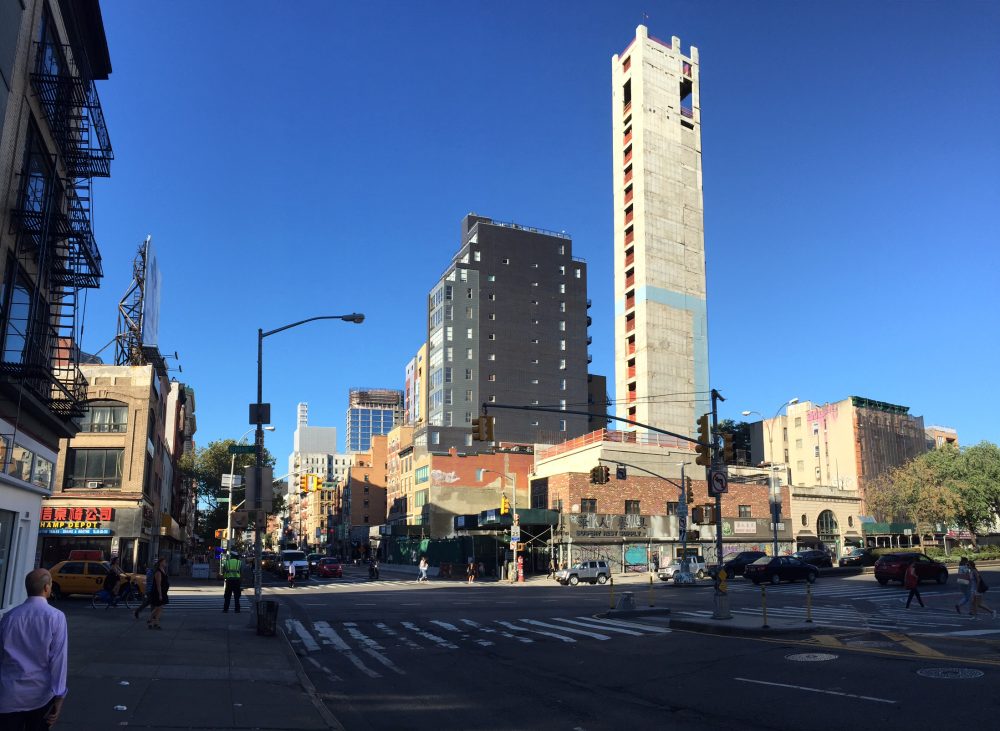 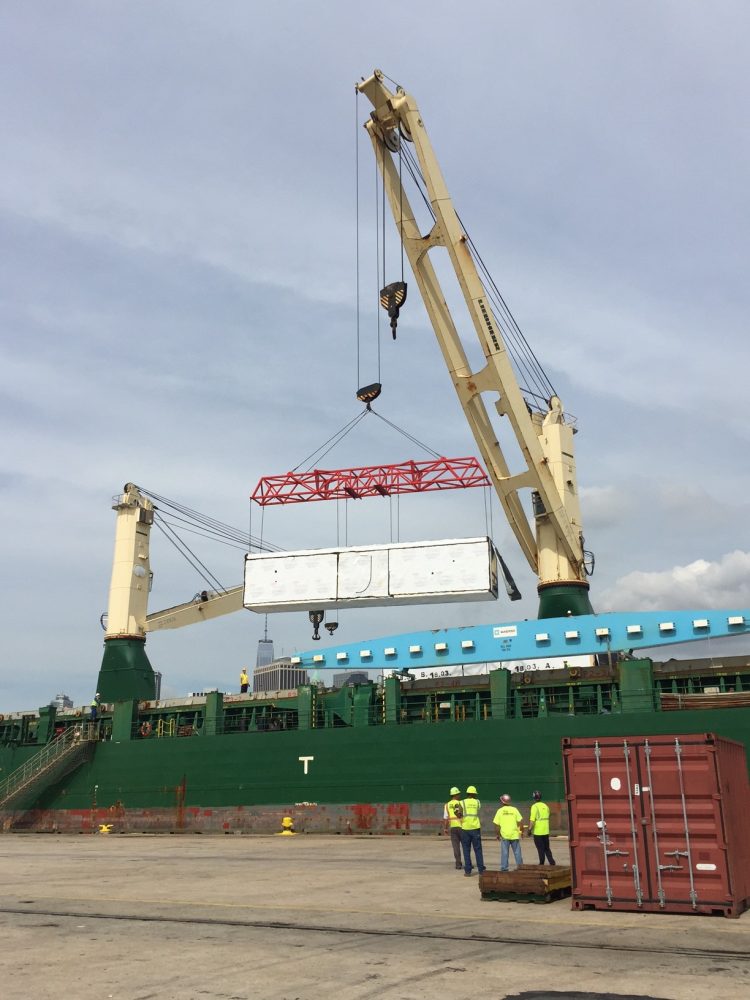 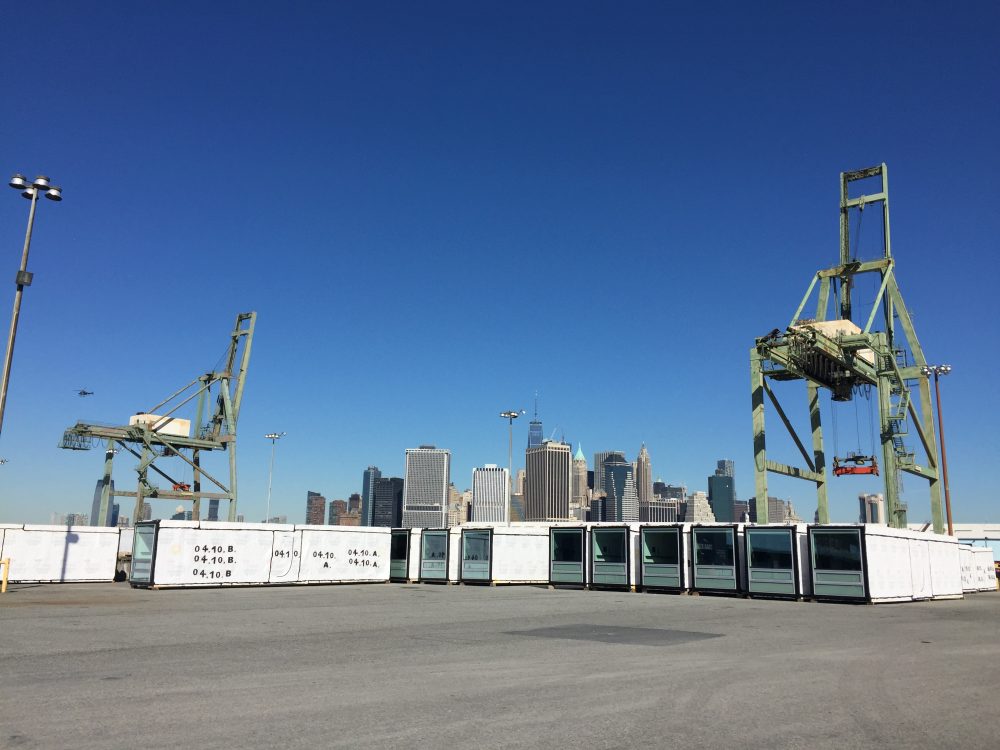 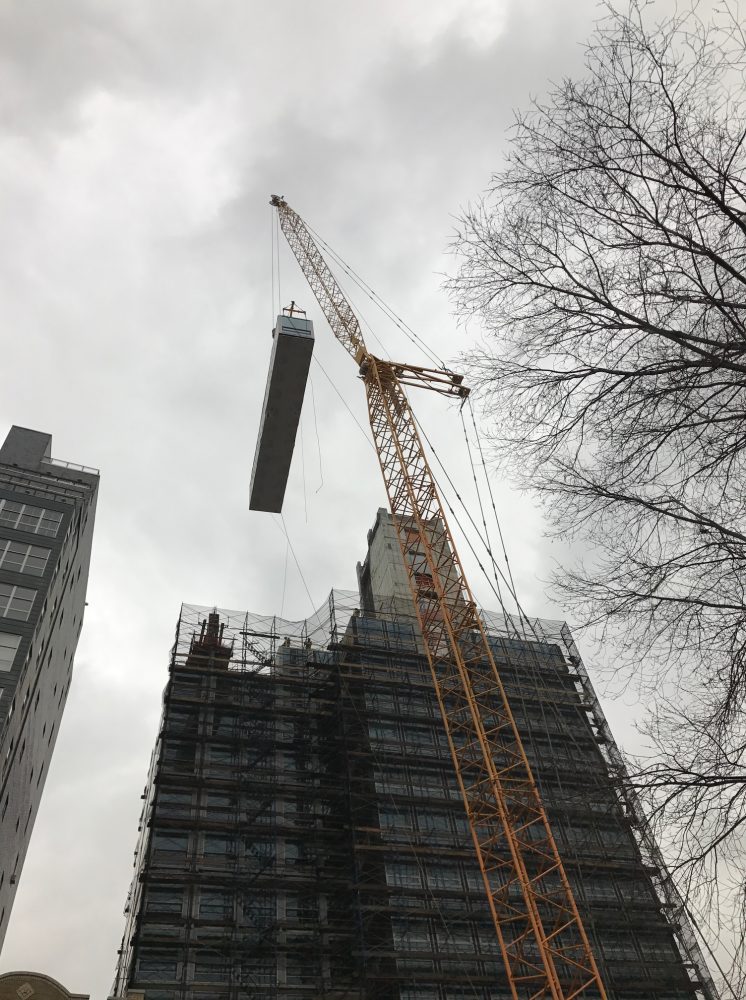 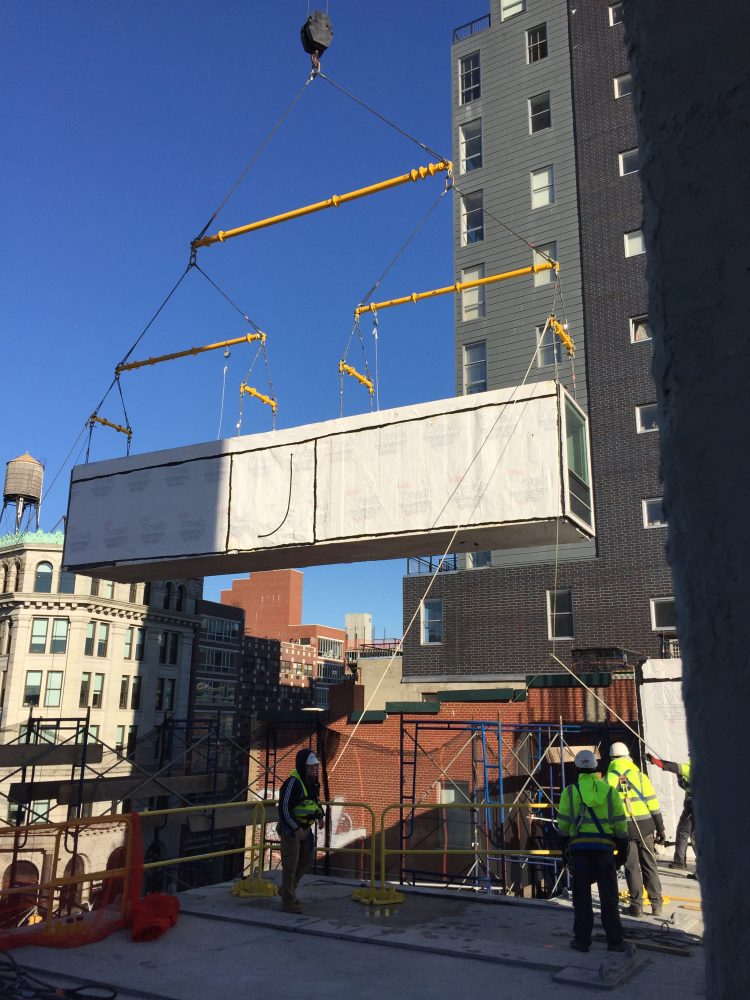 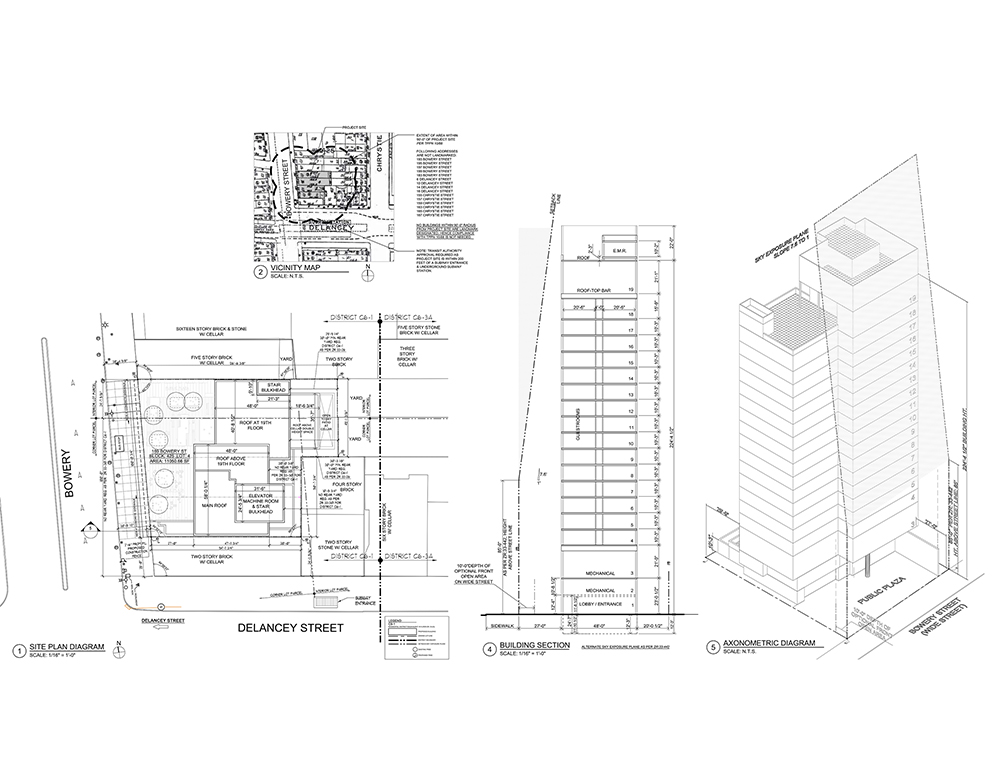 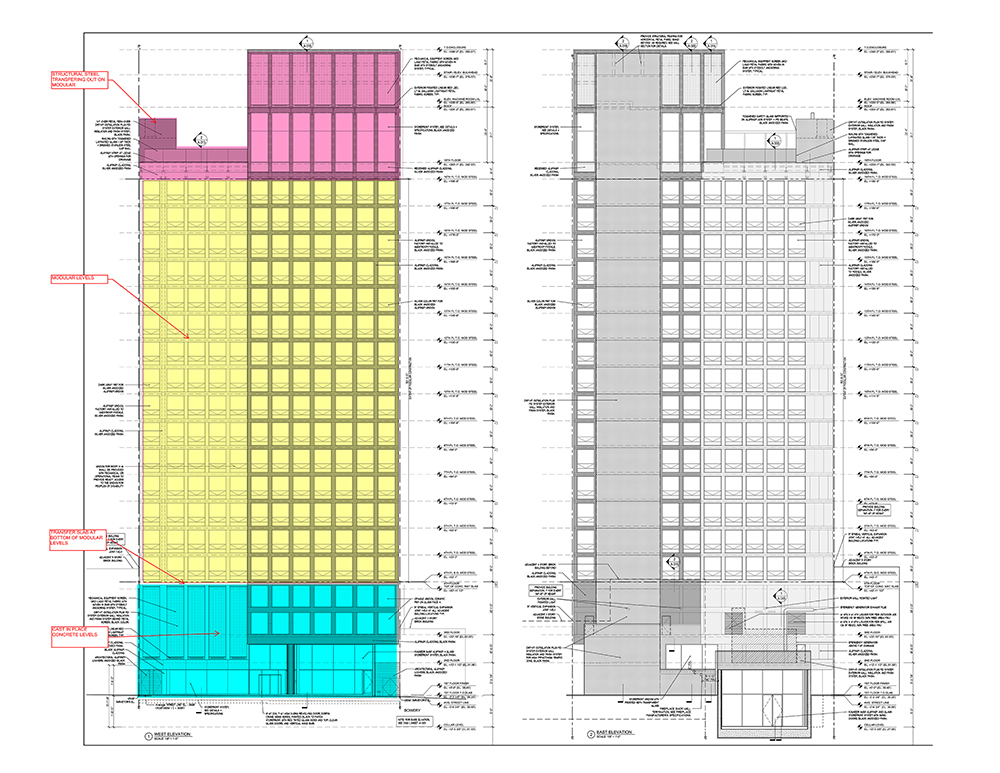 <
►
>
Prior to the installation of of the modular units, the construction team built a concrete structural core and sheer wall. (Courtesy Stephen B. Jacobs/DeSimone Consulting Engineers)

Modular construction is gaining steam in New York City, with the technique being utilized for new projects ranging from affordable housing to academic facilities. In September 2018, modular technology reached a new height with the tallest modular hotel in the United States, the 21-story citizenM New York Bowery located in Manhattan.

For the modular units, Concrete Architectural Associates, Stephen B. Jacobs Group Architects and Planners, and DeSimone Consulting Engineers reached out to Polish manufacturers Polcom Modular, and Aluprof S.A.  The units, which measure 48 feet by 8 feet by 9 feet and incorporate two hotel rooms and a central corridor (following a pattern of guestroom-corridor-guestroom), were specifically designed to navigate the street width of New York City. Each module was assembled with the street-facing facade included.

Following fabrication, the 210 modular units were transported hundreds of miles from the manufacturing facilities in Goleszów, Poland to the northern port city of Gdańsk where they began the second leg of their trip to New York’s Red Hook Terminal. From Brooklyn, a convoy of flatbed trucks transported the units across the East River to the construction site.

The project began with the construction of a four-story concrete base, topped with a 36-inch-thick slab that spans up to 38 feet. This podium, which houses larger amenity spaces below, serves as a transfer slab to support the modular pods above.

While the bulk of the citizenM New York Bowery hotel is composed of modular units, there are certain structural elements that span the building’s height. Prior to the craning in of prefabricated components, the construction team poured a full-height concrete structural core along the sites southwest corner and a sheer wall to the north.

These concrete structural elements are the primary lateral system for the tower, with the sheer wall largely preventing the modular units from twisting. “Diagonal strap bracing on the module ceiling acted as the floor diaphragm to transfer the floor lateral loads back to the sheer walls,” said DeSimone Consulting Engineers Managing Principal Borys Hayda, “the sheer wall’s steel connection plates were bolted into the module ceilings and the female end of a Halfen stud embedded into the concrete structure.”

Once on site, the modules were lifted by crane and stacked module-to-module, each tied to the one directly below by bolted connections. According to DeSimone Engineers, “countersunk bolts were typically used for the diaphragm connections to prevent boltheads from interfering with the bearing of the module above.” During construction, the prefabricated units were effectively cocooned within a watertight membrane, with the central portion later being cut out for the hotel’s corridors. After a brief learning curve at the start of the project, the construction team was capable of installing one floor of modular units per week.

The top two floors of the tower are framed by structural steel, allowing for larger amenity spaces.