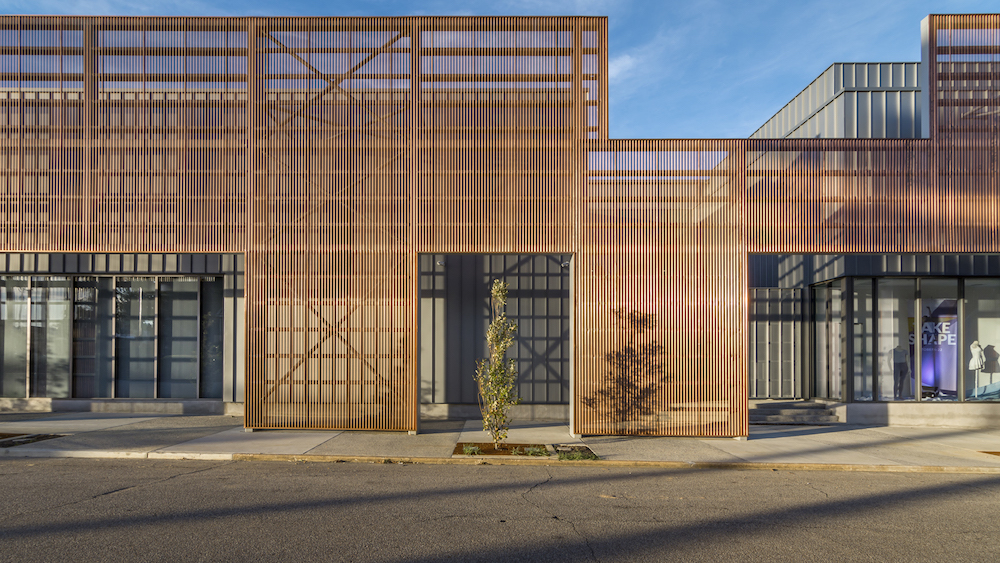 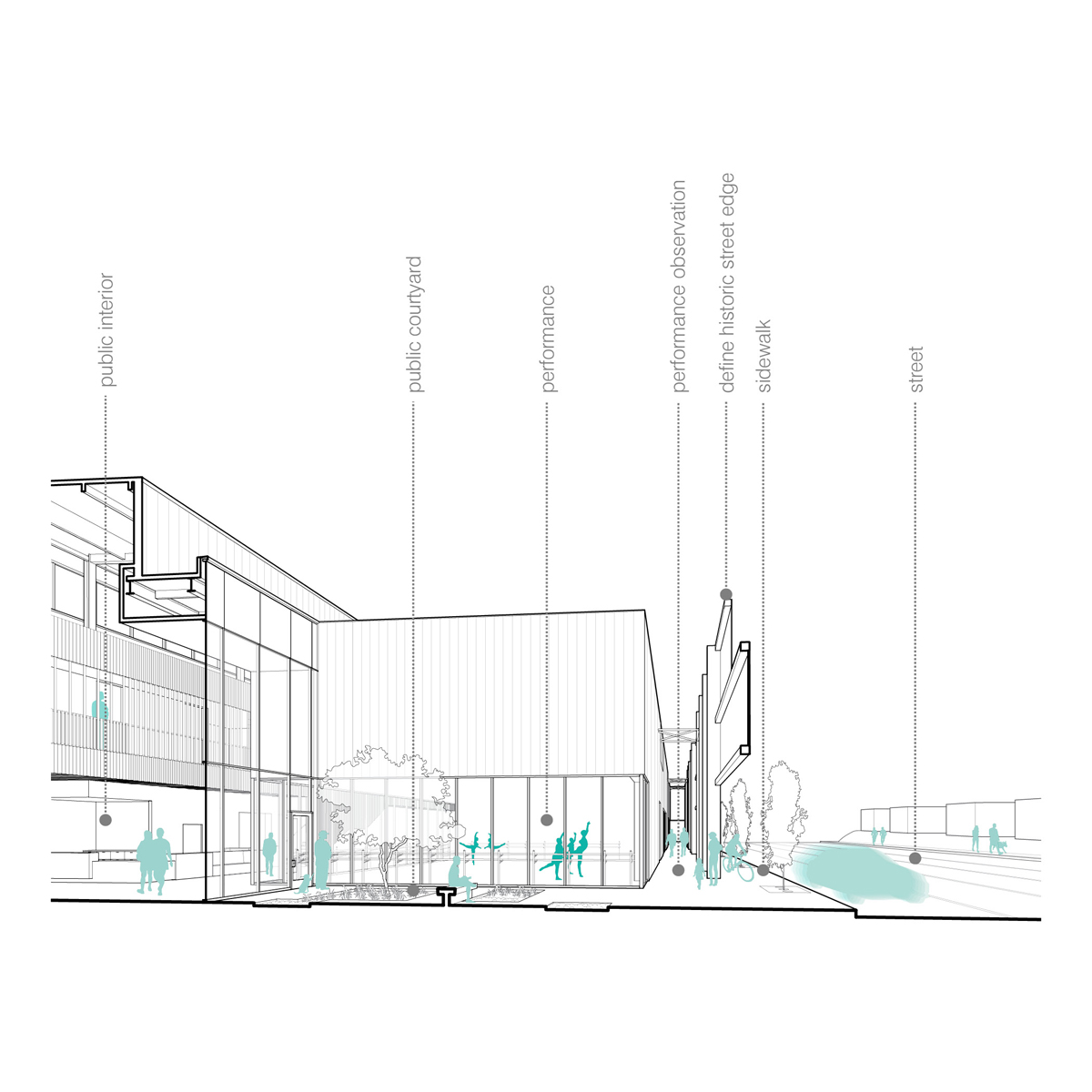 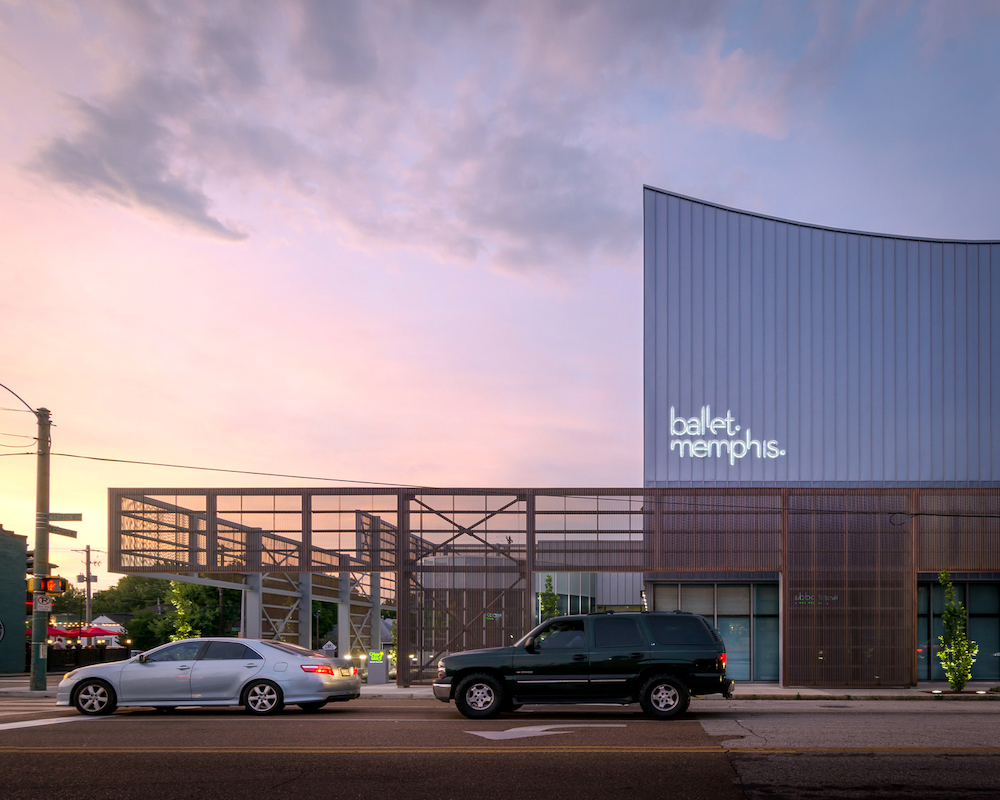 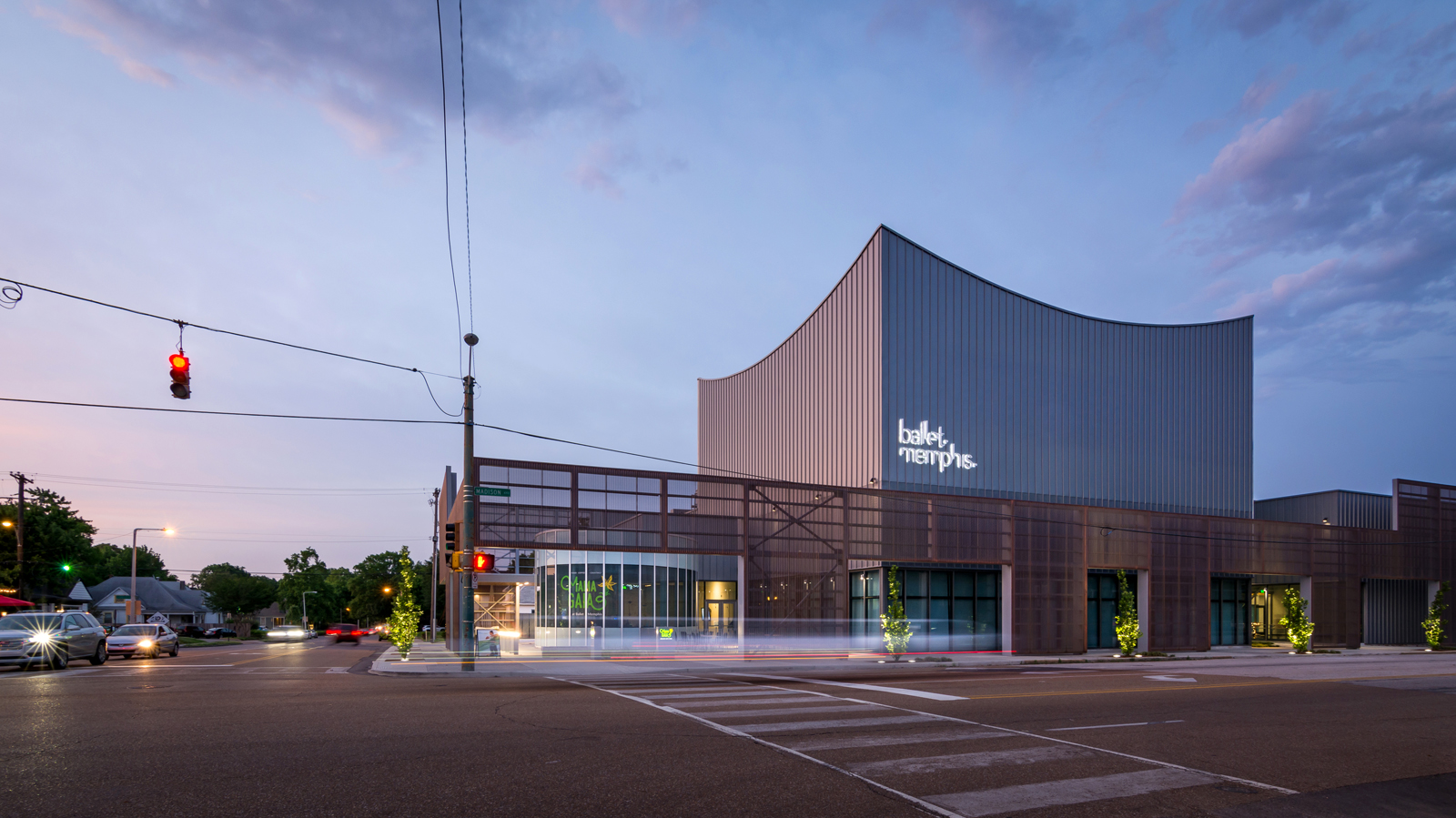 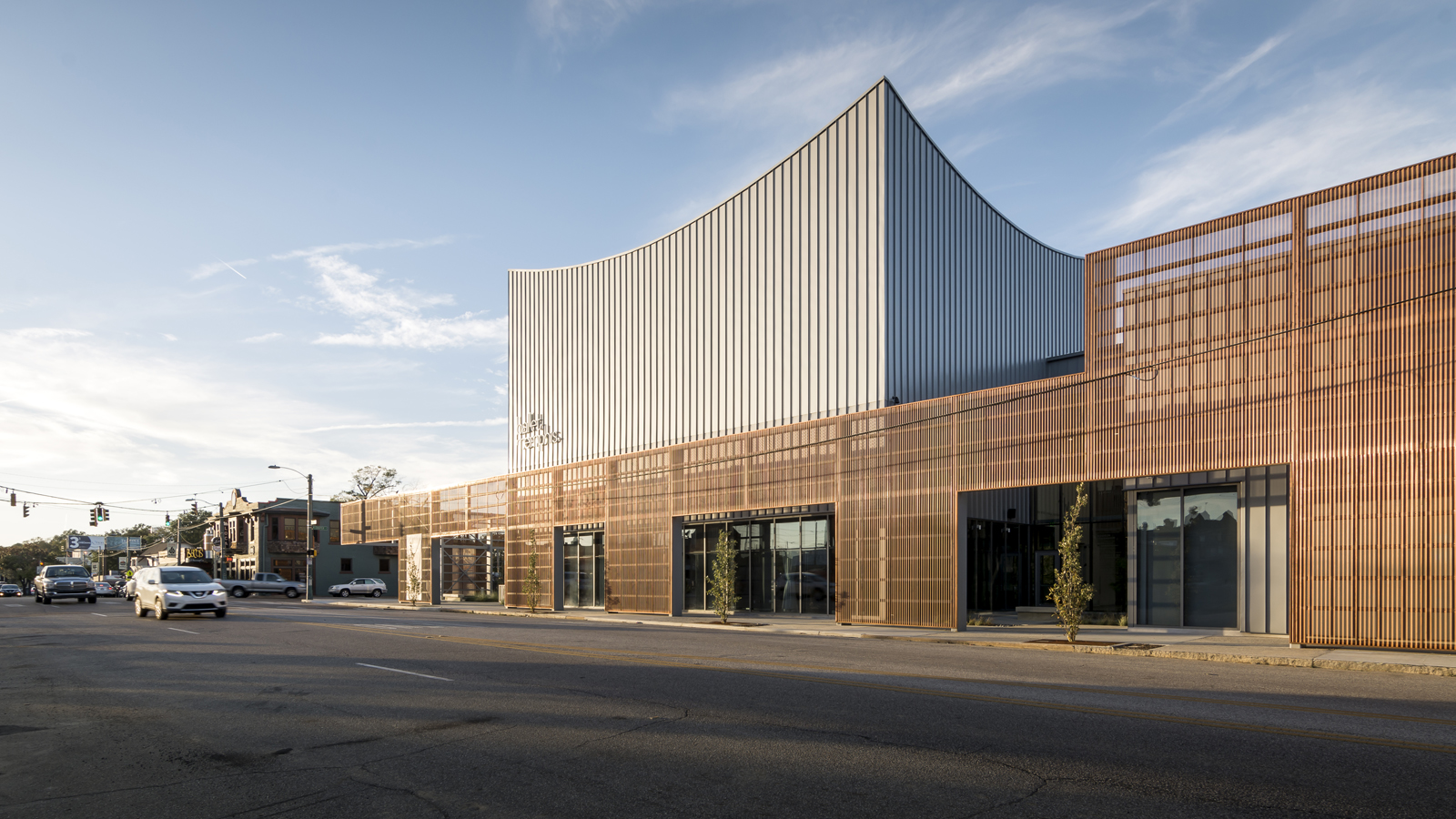 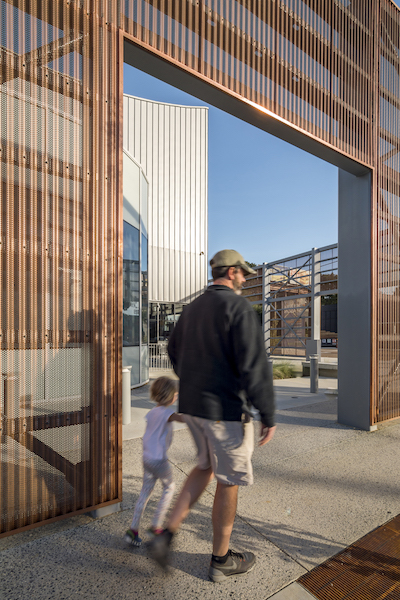 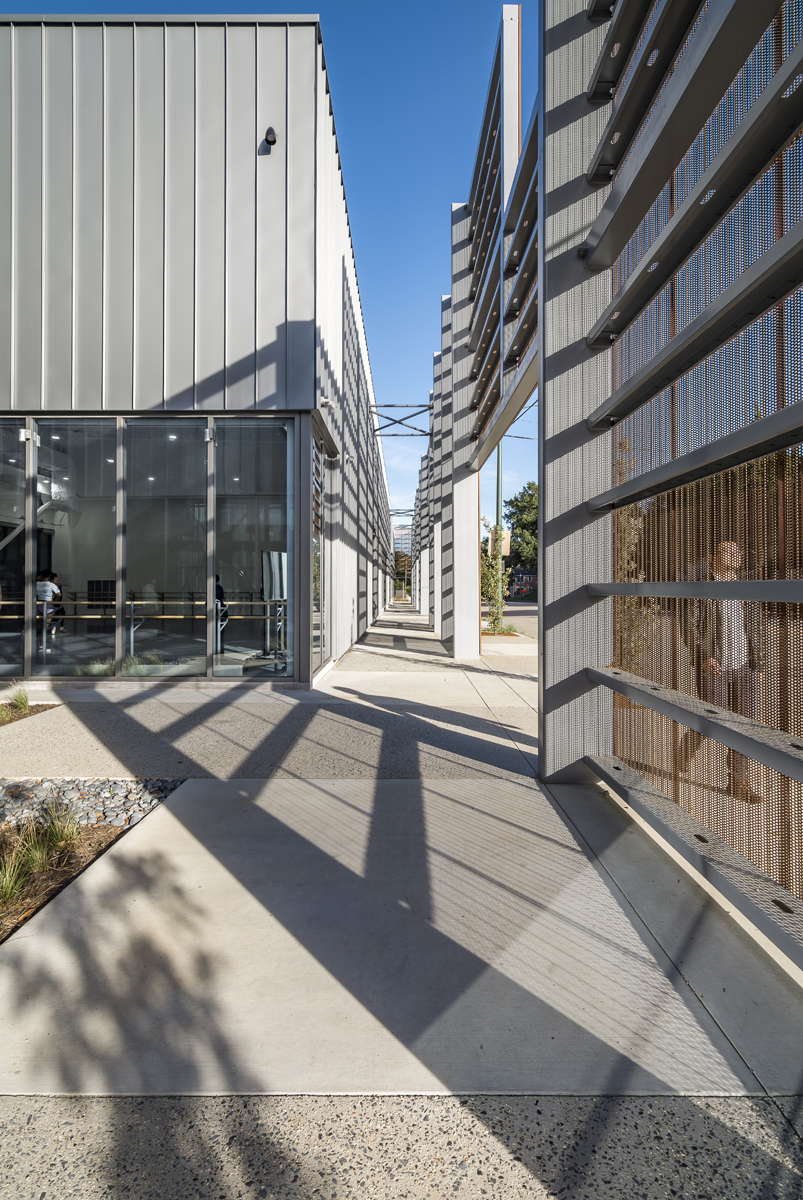 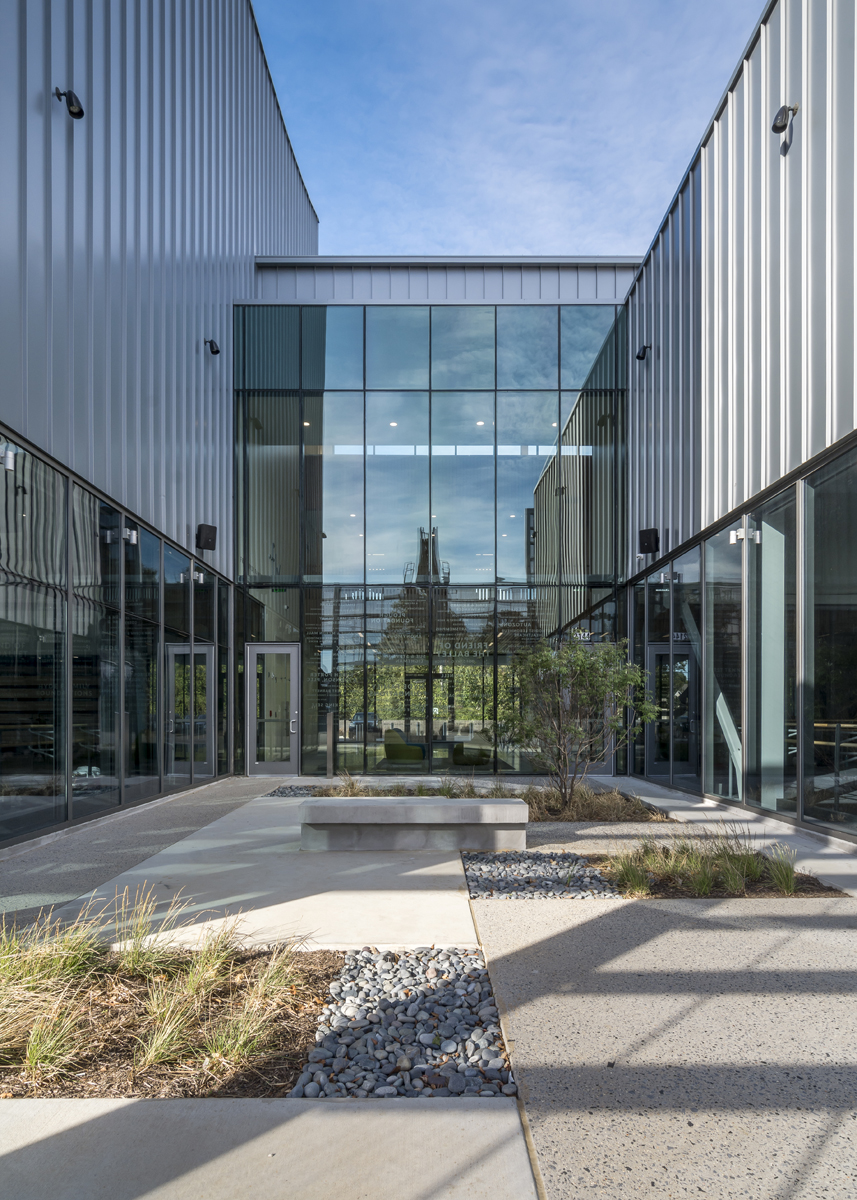 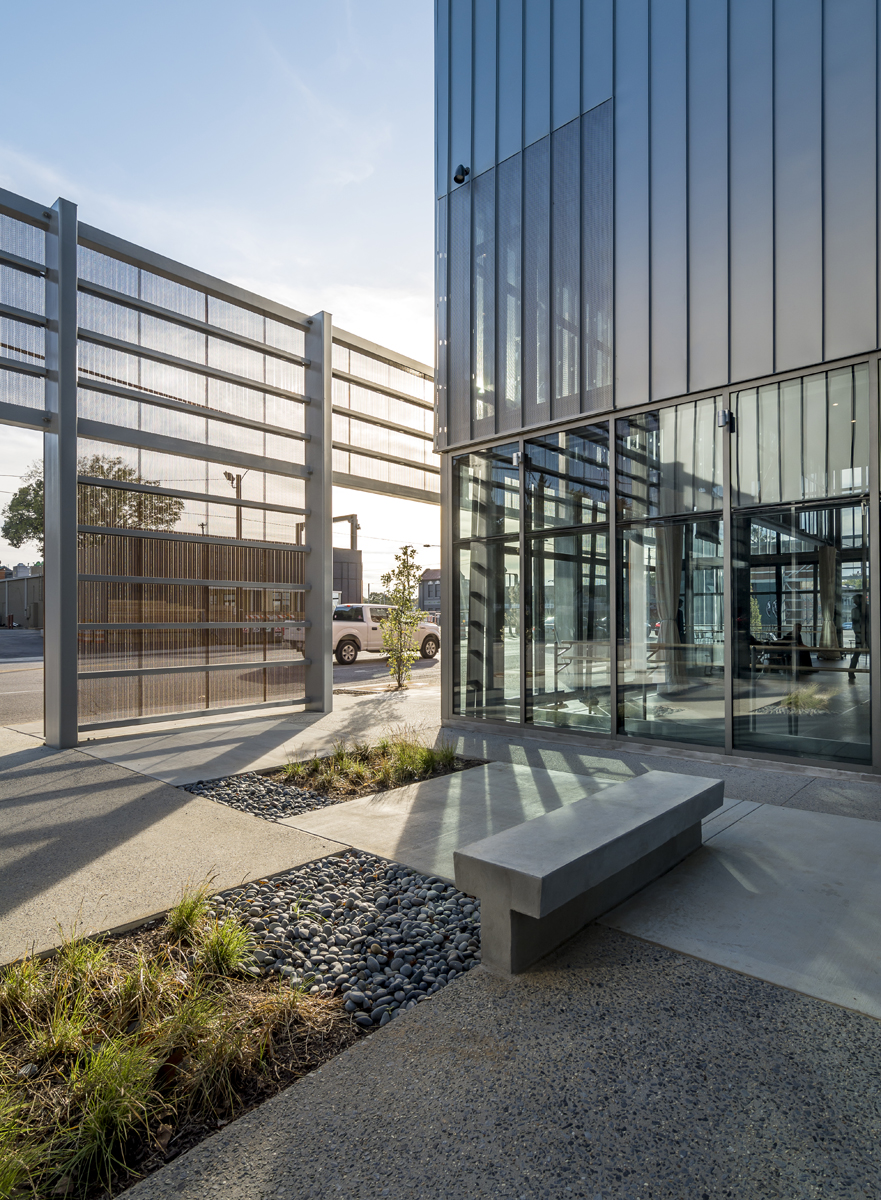 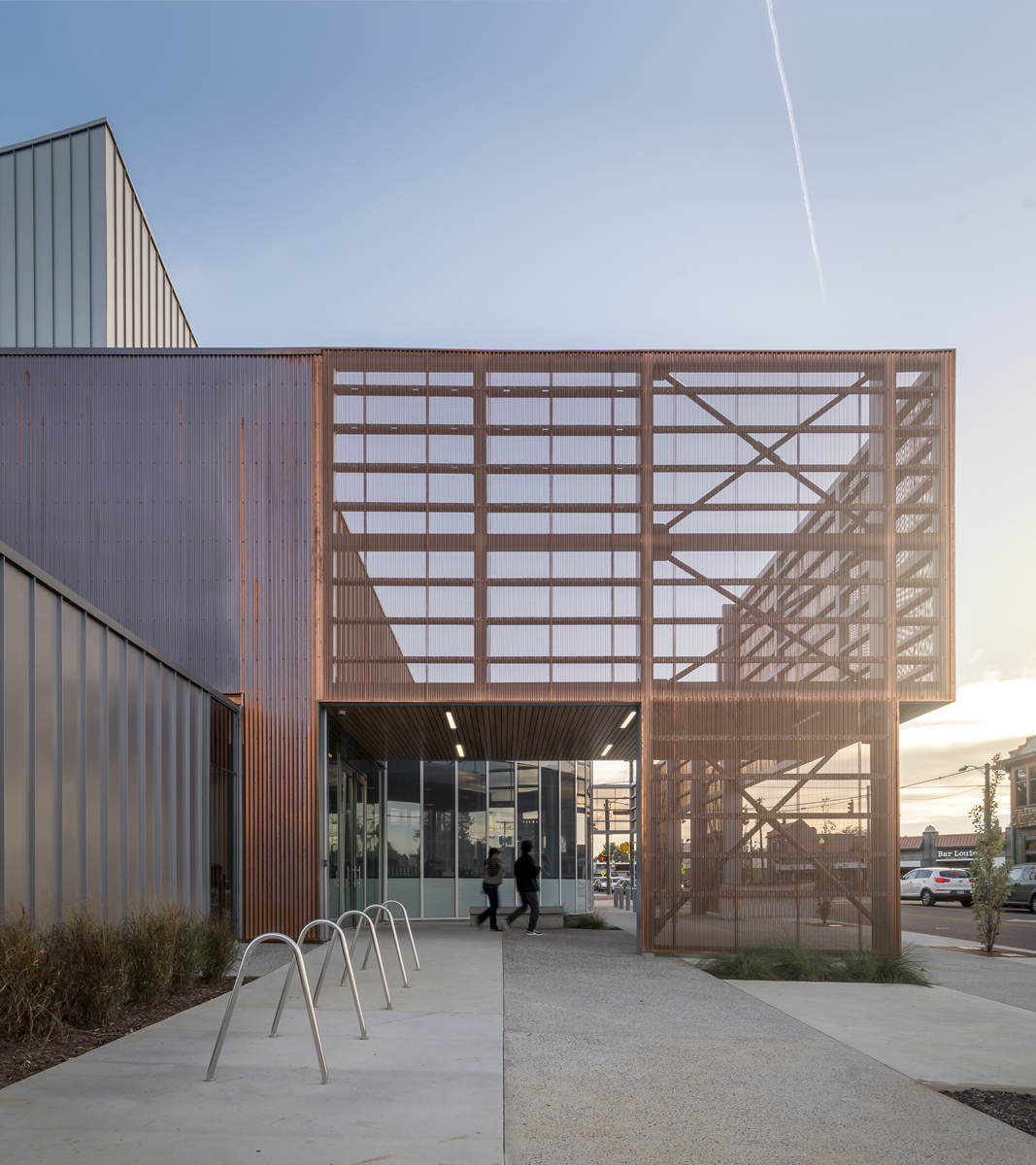 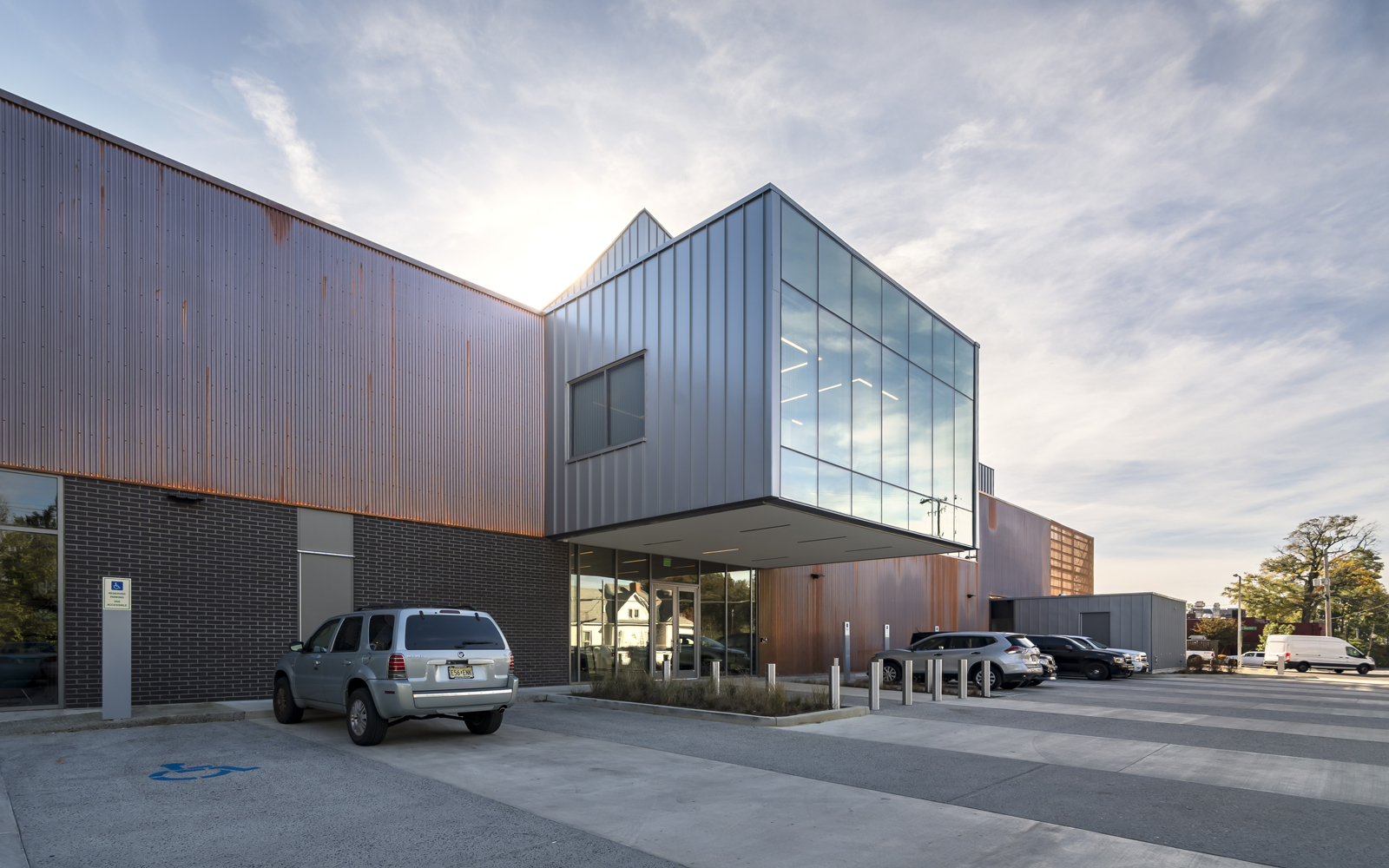 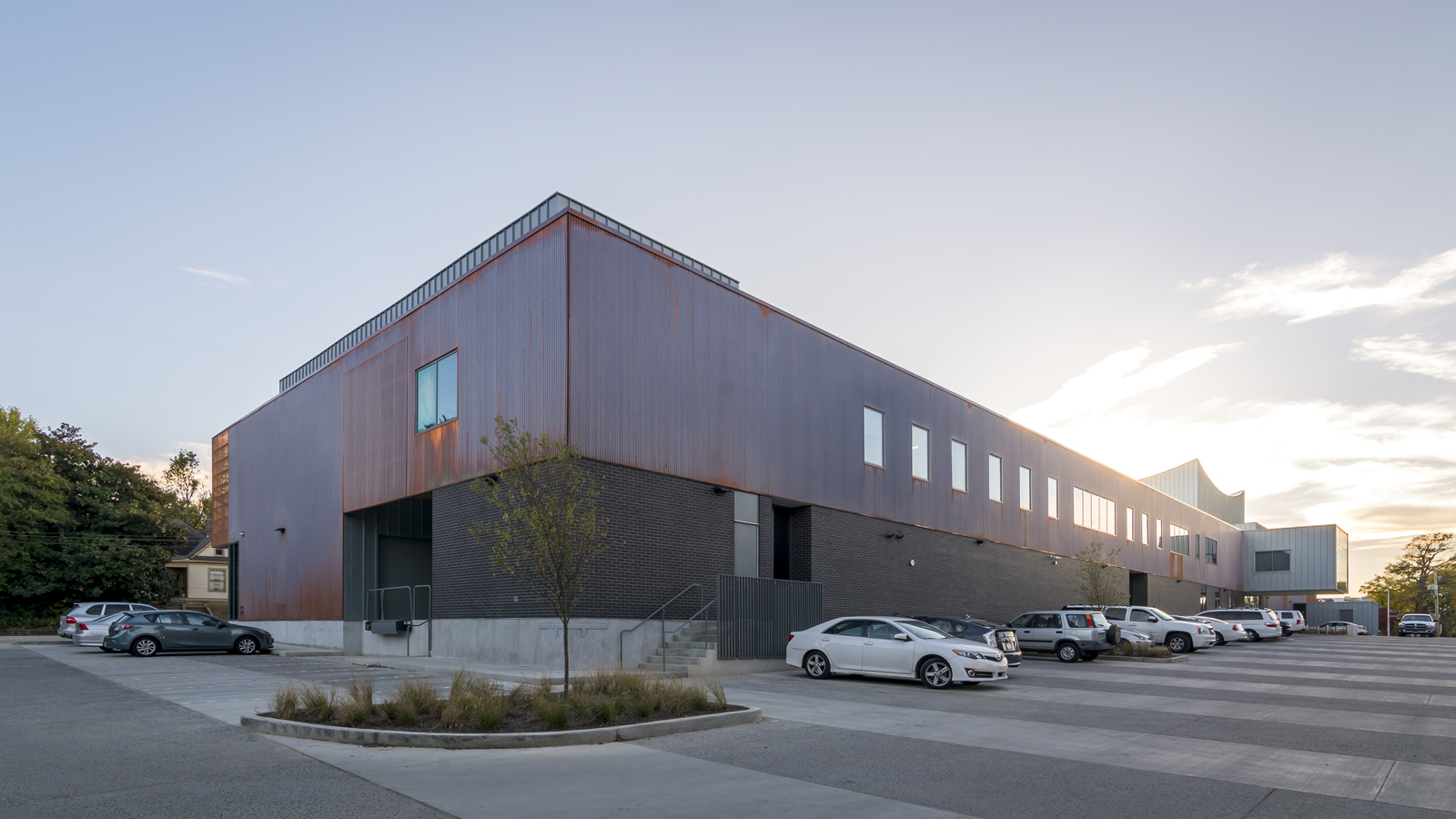 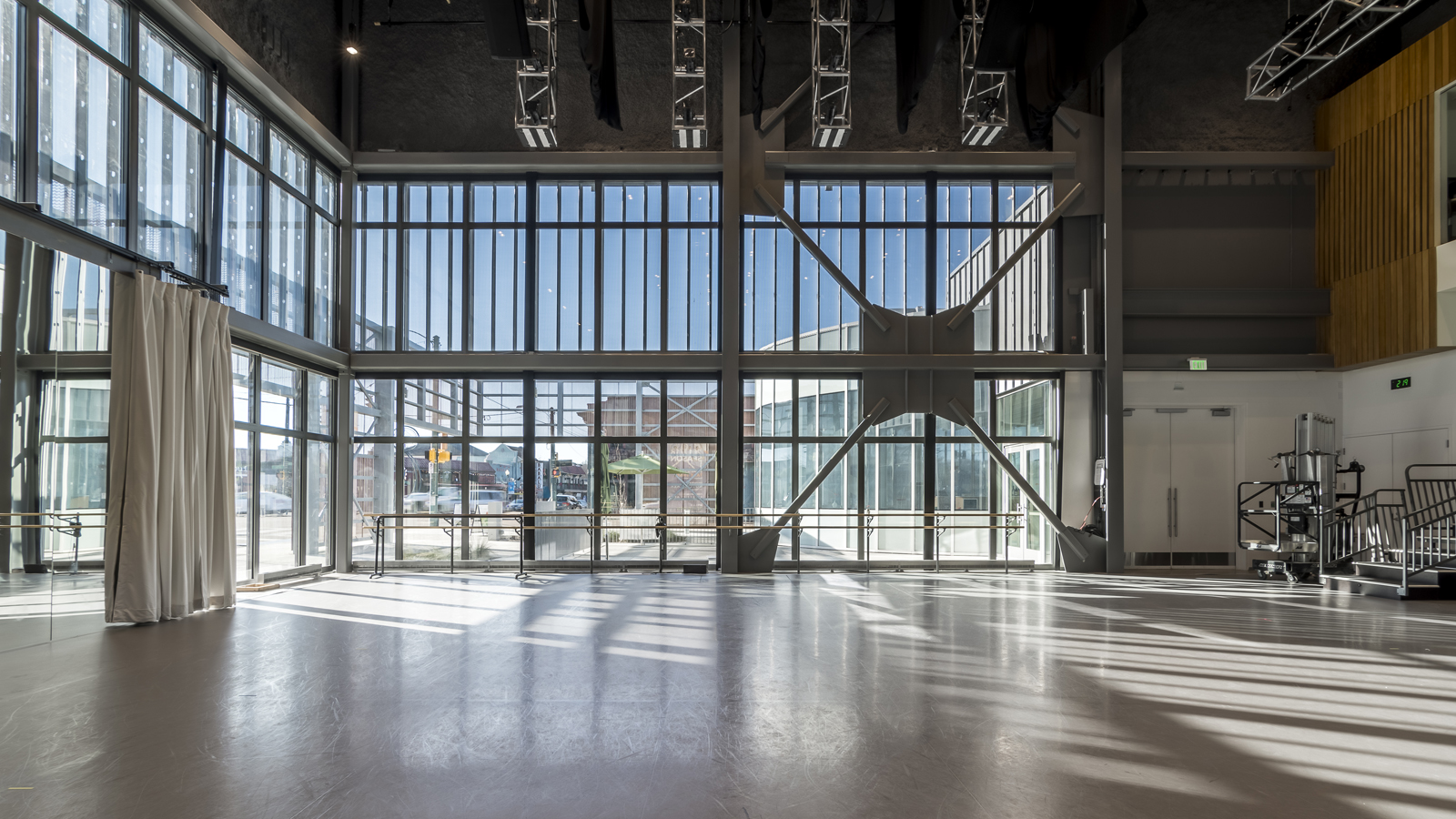 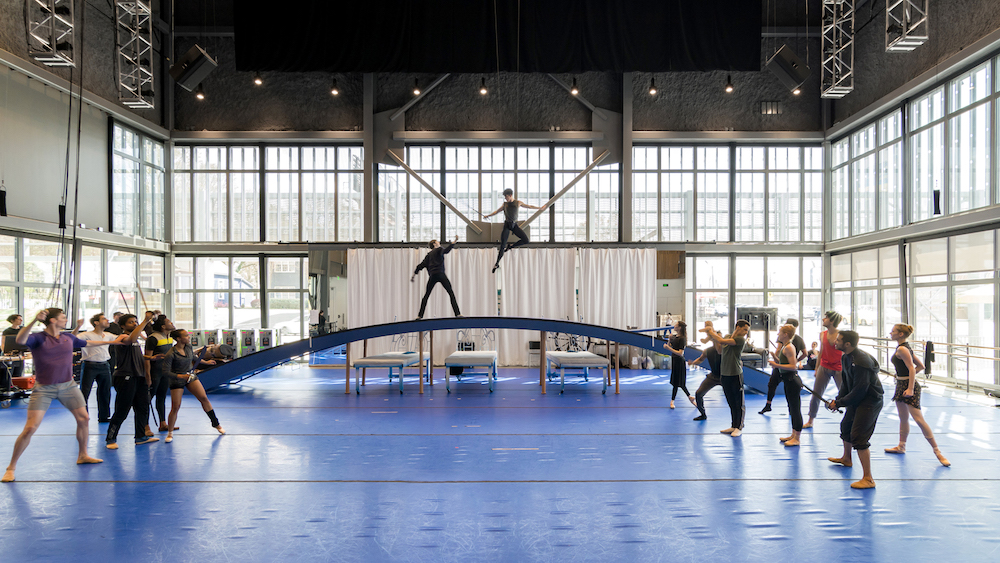 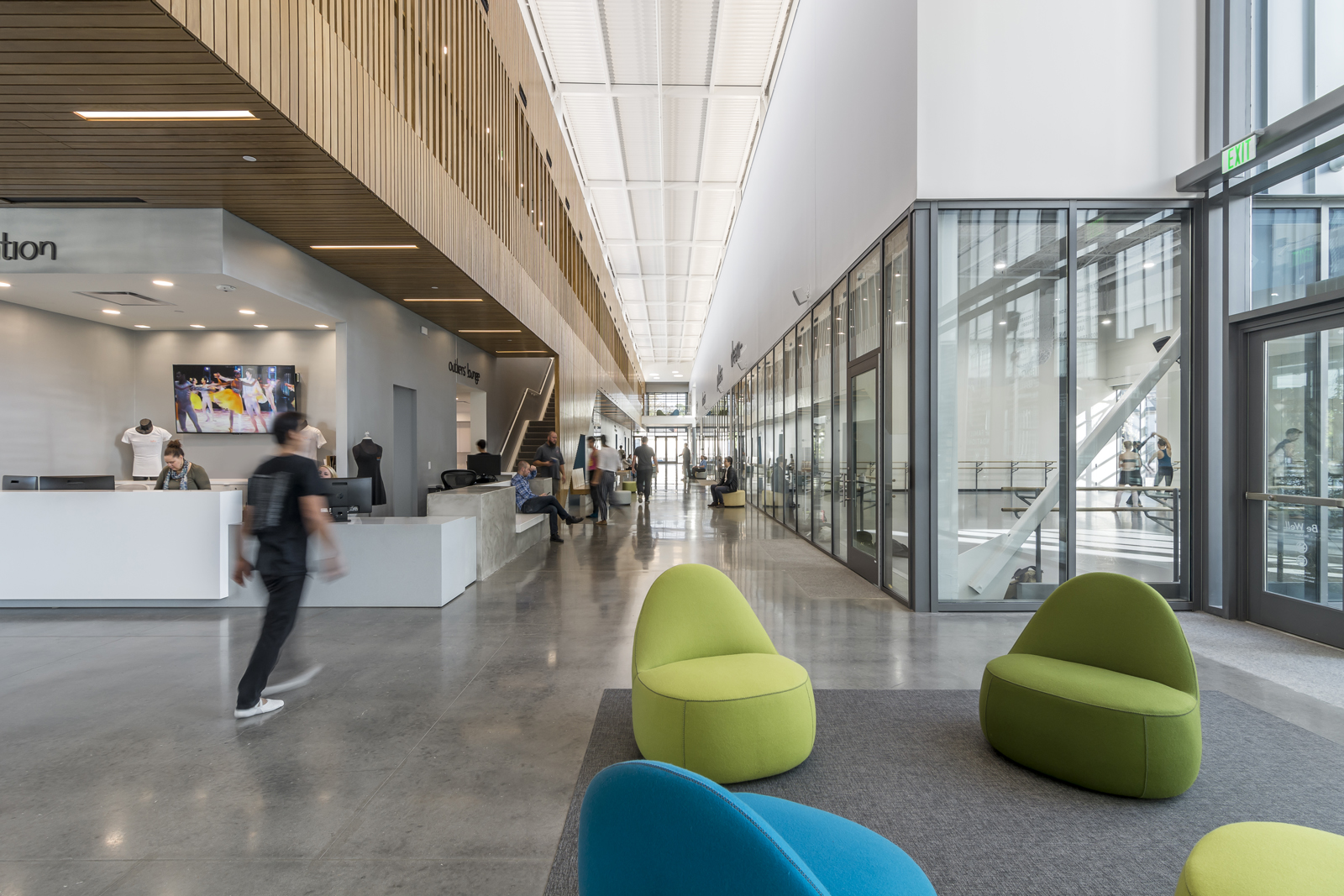 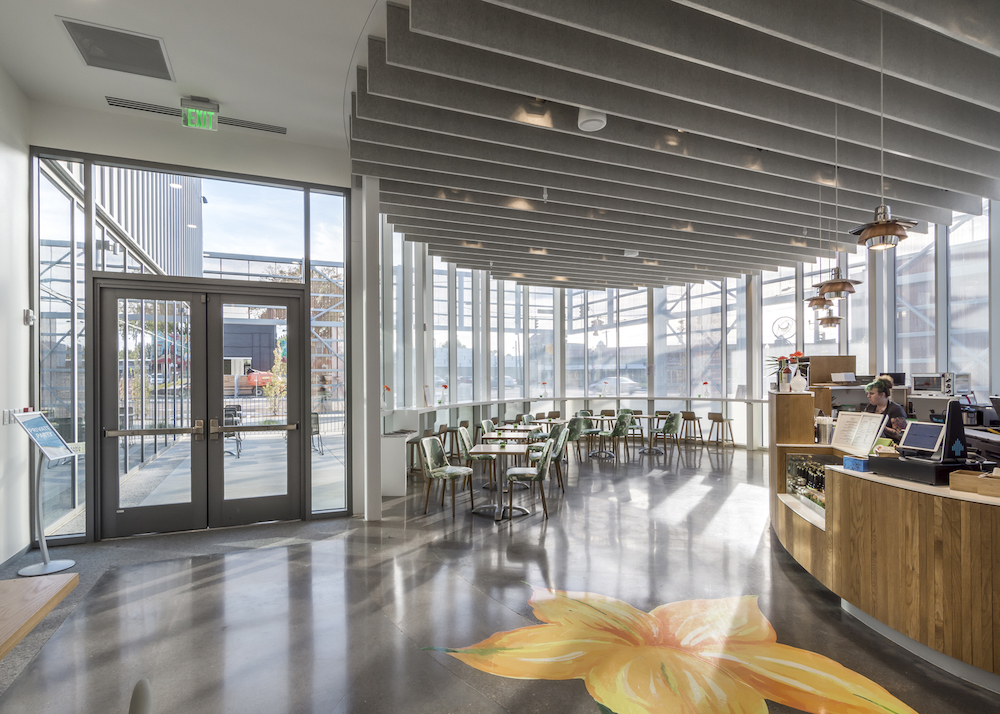 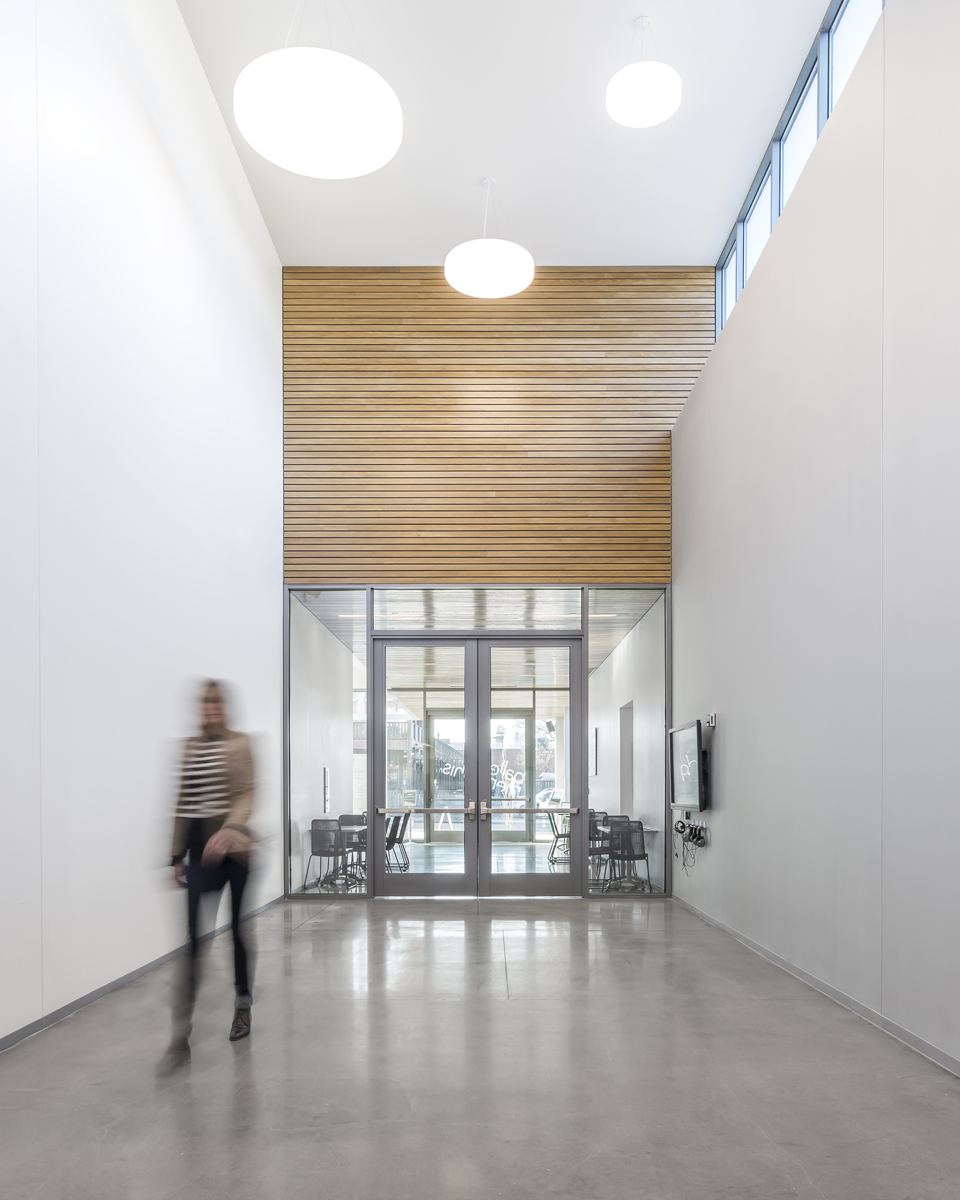 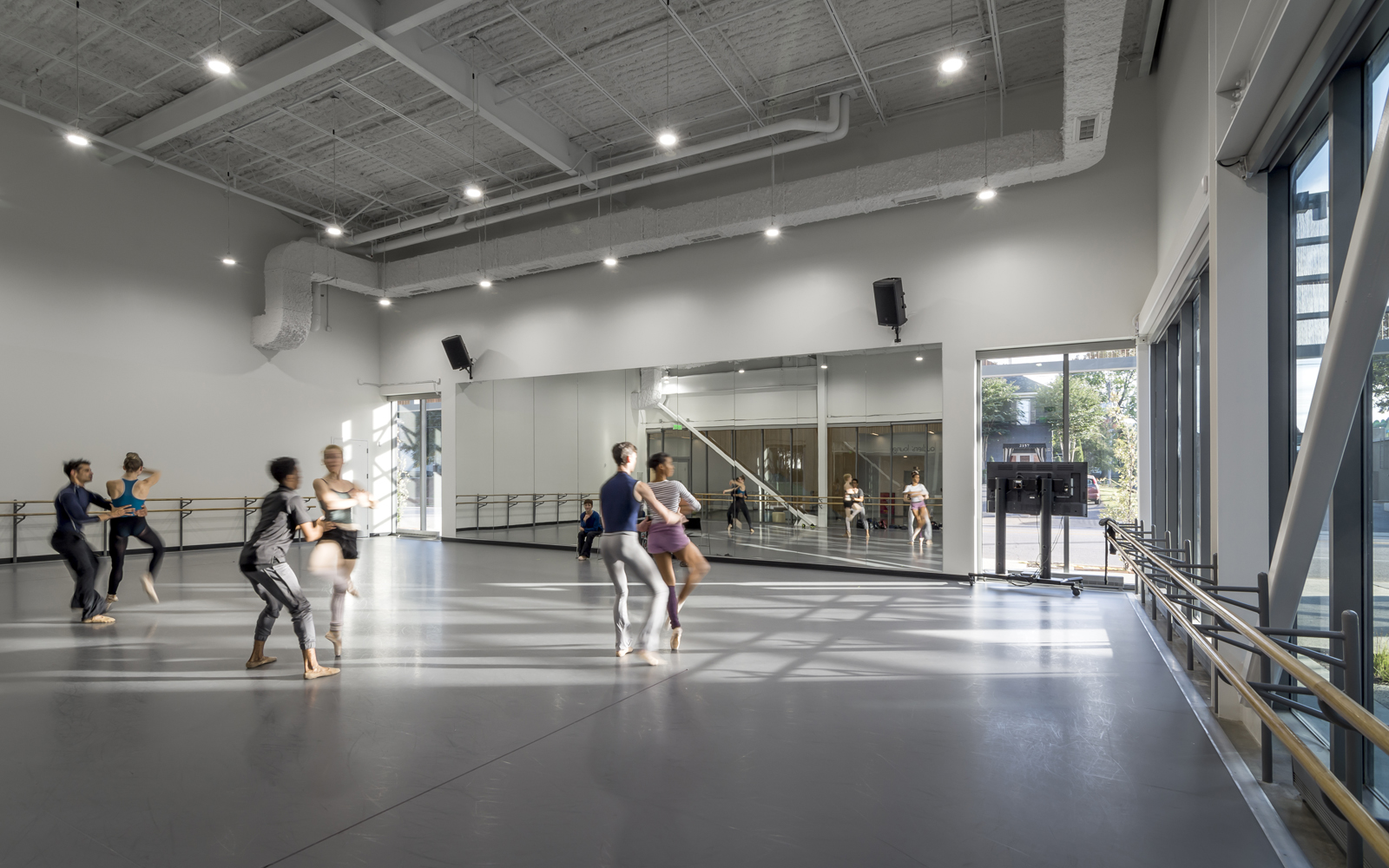 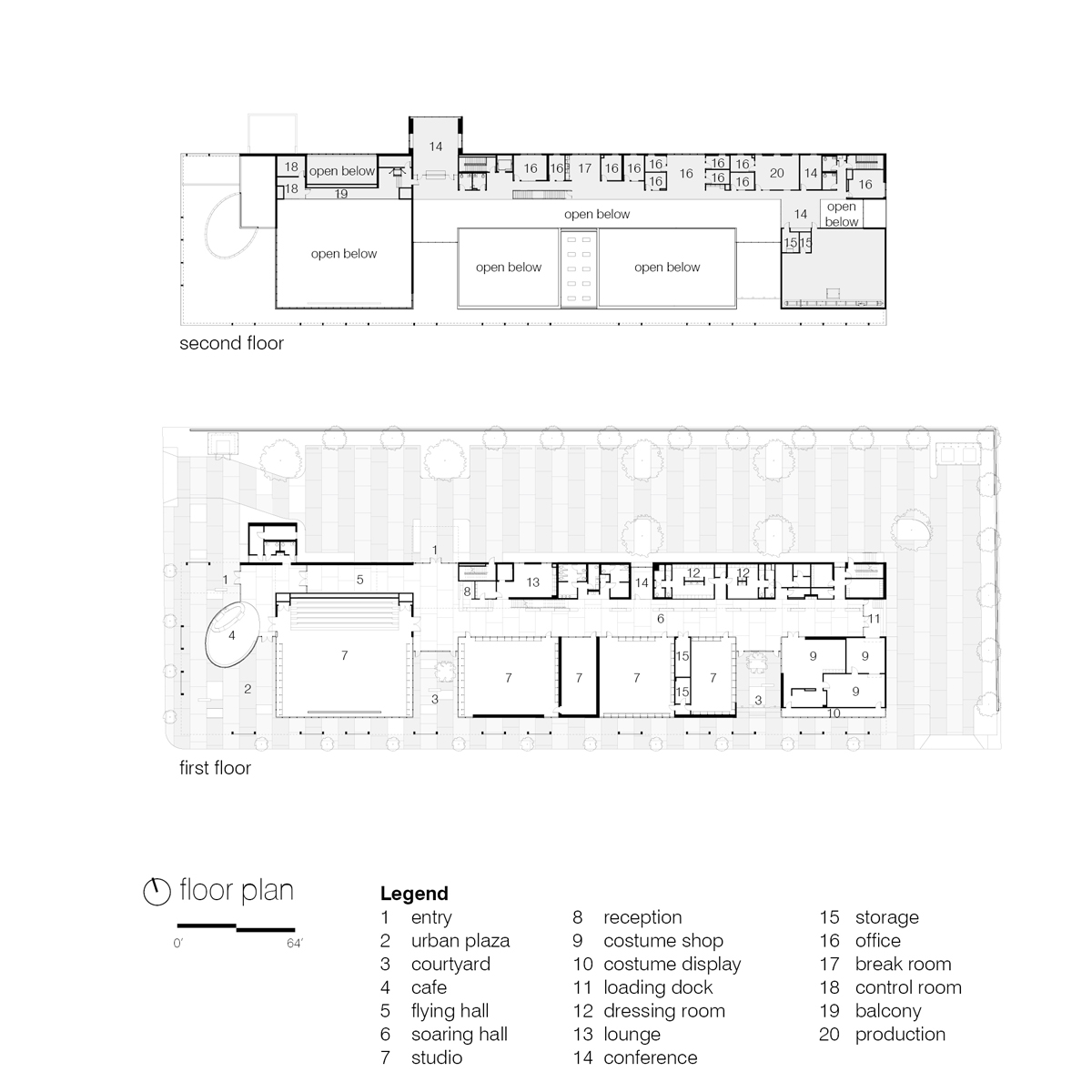 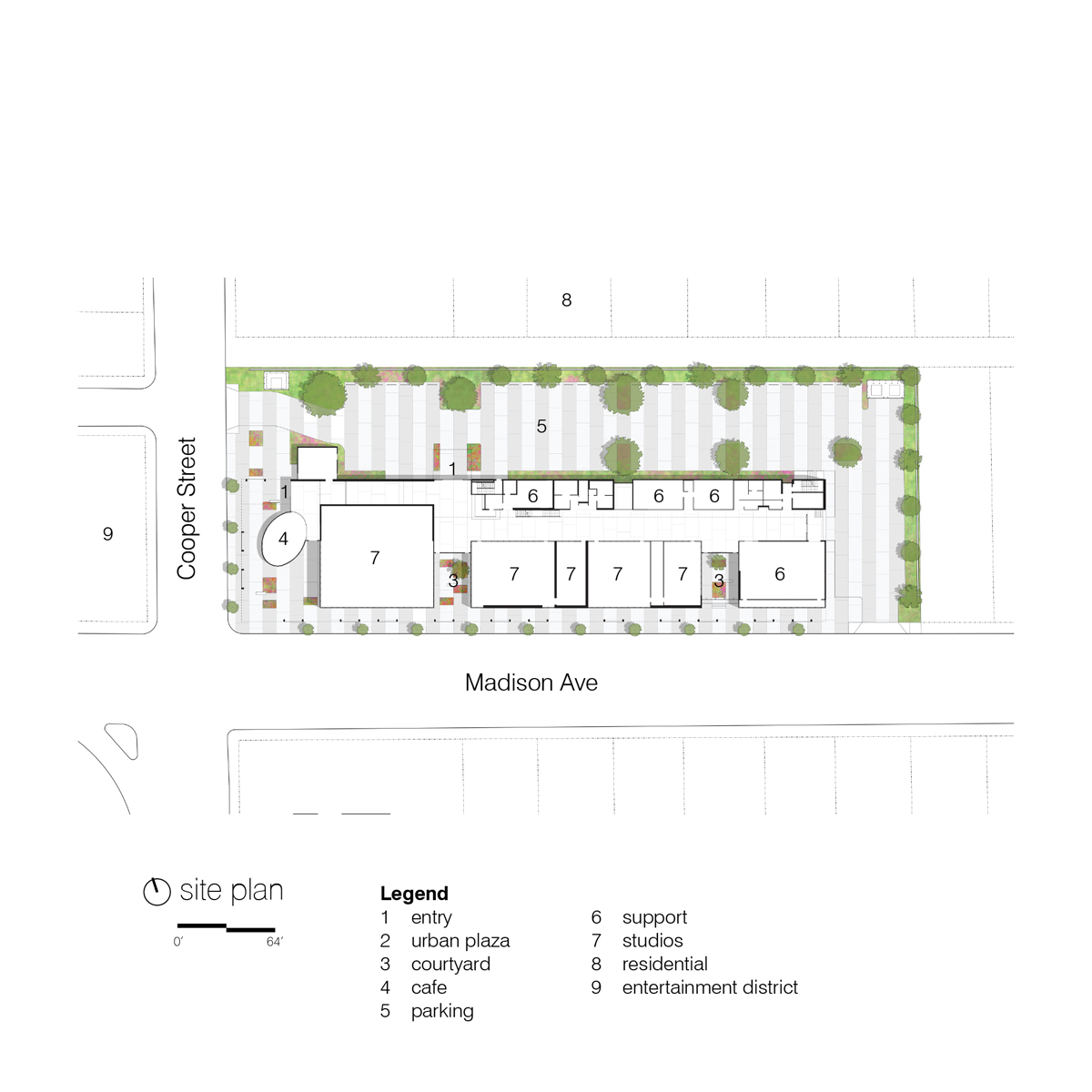 <
►
>
The design of the screen reduces the visual profile of the structure through flush detailing and a copper trim surrounding every edge. (Courtesy Archimania)

The new home for Ballet Memphis, designed by Archimania, reveals itself in layers. It is an upgrade from their previous facility which the company had outgrown and was located outside of an urban context. The new Ballet Memphis building is designed to engage the public through movement, culture, and connection to the community. It houses rehearsal space for the professional dance company, a dance school for over 200 children, and community dance and pilates classes. The largest rehearsal studio also doubles as a performance venue.

The corrugated copper screen wraps around the entirety of the building. The portions of the facade facing the street are perforated to allow visibility and light into the building while also acting as a brise soleil and shading the building from direct solar radiation. Facing the parking lot at the back of the building, the copper consists of solid panels with punched windows.

Although the copper screen is mostly freestanding, it is tied back to the primary structure through a robust steel frame. Structural members had to be larger than usual due to the building’s location in a seismic zone. However, the design of the screen reduces the visual profile of the structure through flush detailing and a copper trim that surrounds every edge.

One of the challenges the architects faced with the screen was its length. When detailing an uninterrupted four-hundred-foot wall, they wanted to break up the scale so that it wouldn’t overpower the street. The design of the screen responds to the meandering path of pedestrians through specific cuts into the elevation. These apertures create unique urban spaces that exist between the ballet’s street presence and the primary mass of the building.

A glass curtain wall clads the majority of the building’s ground level at a height of either twelve feet or twenty feet dependent on the size of the studio behind it. This creates a visual connection between pedestrians passing the ballet and allows for views of the performances and practice happening within the studios.

The facade transitions to an opaque weathered zinc panel as the building rises in height. For the largest ballet studio, there is a layer of perforated zinc over the top half of the curtain wall that controls the amount of daylight permeating the space. Additionally, on the interior of the curtain wall, Archimania included an operable shading system for another layer of both daylight and privacy control

At the moment where the zinc facade meets the sky, Ballet Memphis wanted a unique formal move to signify its presence. The largest studio space rises up to five stories and creates a swooping parapet inspired by the movement of dancers. This allowed the building to have a signature cap and redefined the scale of the largest studio as it rises on each corner.