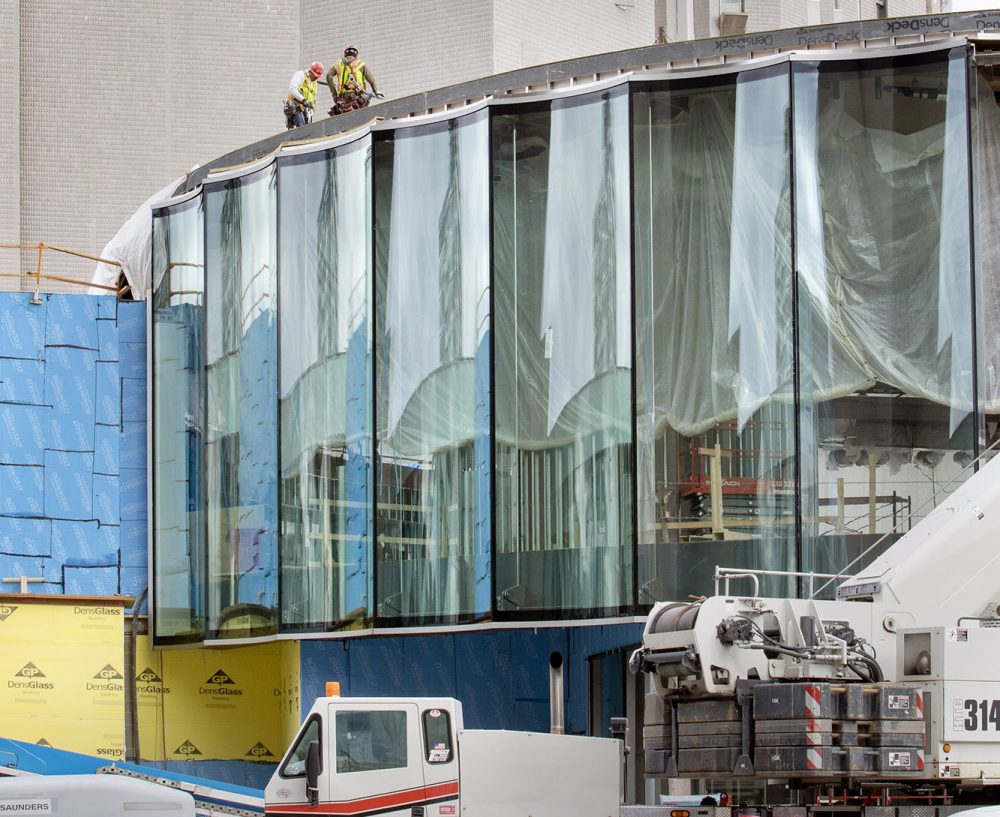 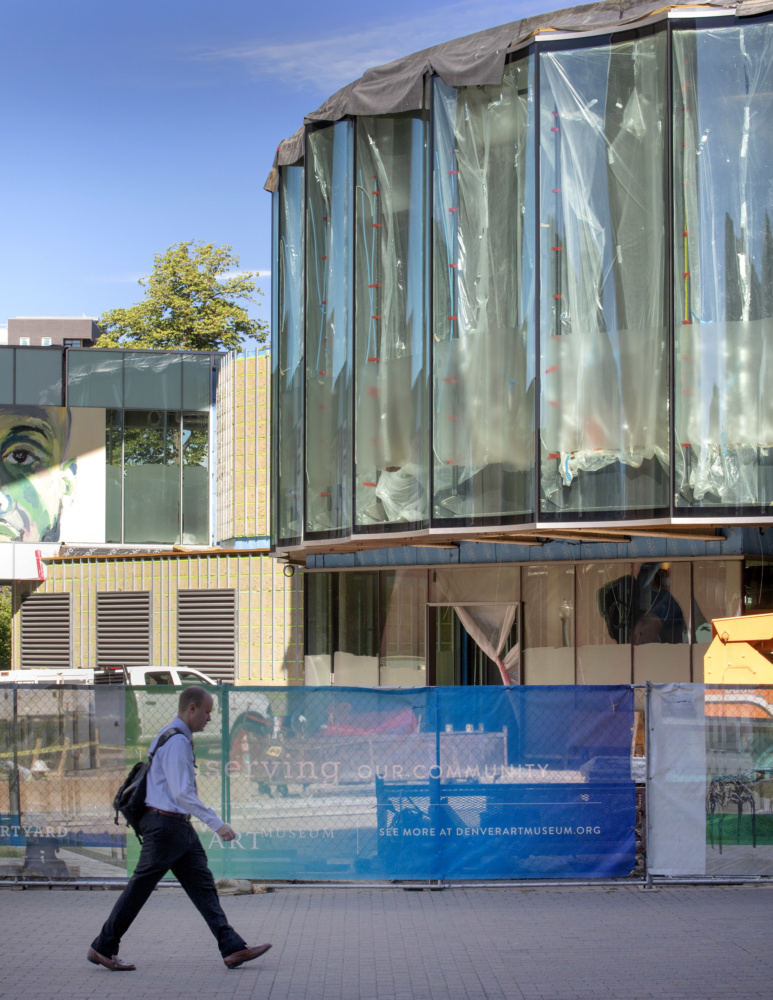 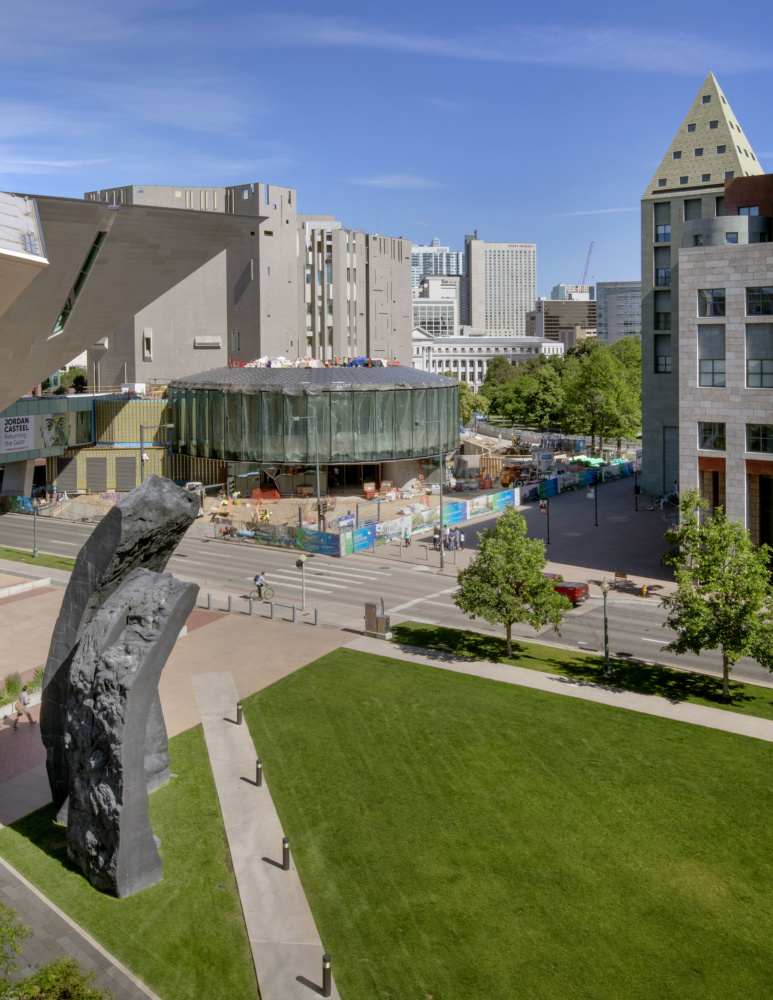 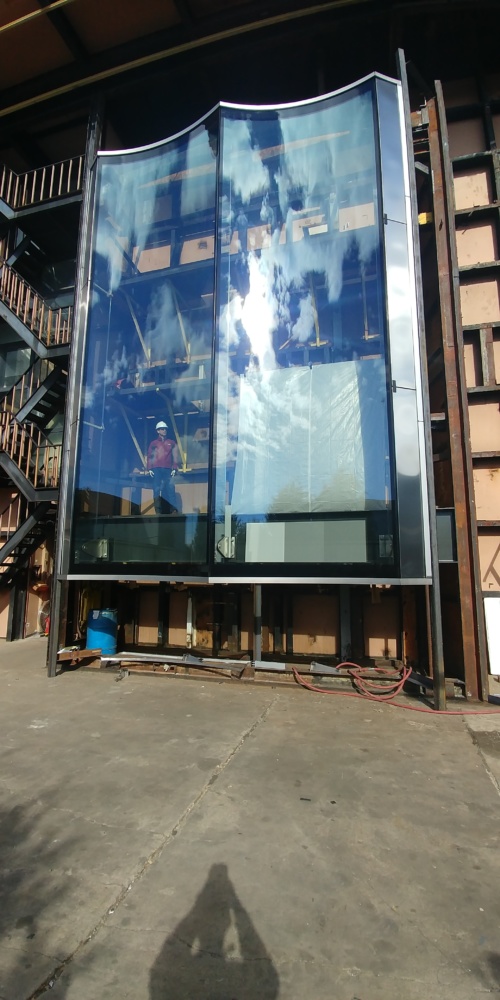 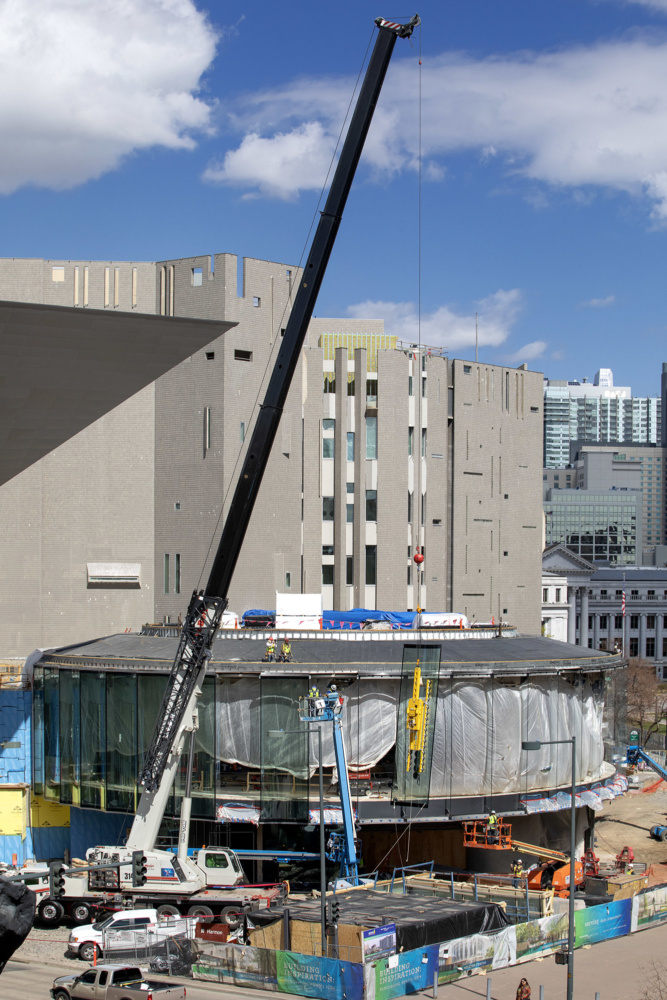 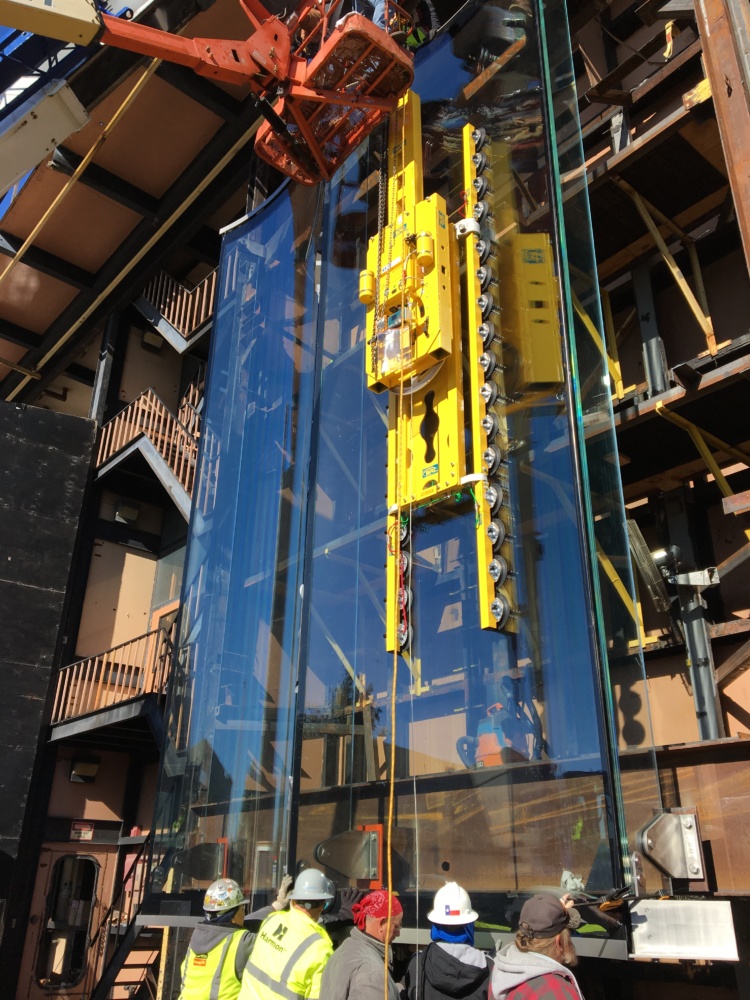 The Denver Art Museum is undergoing a significant expansion and overhaul led by design architect Machado Silvetti and architect-of-record Fentress Architects. The project includes the restoration of Gio Ponti’s glass tile-clad North Building and the construction of an entirely new, elliptical-shaped welcome center defined by a scalloped structural glass curtainwall.

The site of the welcome center is not lacking in significant neighbors: Studio Libeskind’s expansion to the Denver Art Museum is located to the south, Michael Graves’ addition to the Denver Central Library lies to the east, and Gio Ponti’s North Building to the northwest.

According to Andrea Kalivas Fulton, Deputy Director of the Denver Art Museum, “the primary objectives of the Denver Art Museum welcome center included creating a structure and spaces that would bring two very distinct, but disparate, buildings together to function as a true campus; to act as a counterbalance to the opaque, dense buildings we had built to house the artwork; and to serve as a beacon within the city that felt inviting and welcoming to all.”

A challenge for the design team was translating the civic ambitions of the client, and the cultural role of the museum within the region, into a facade strategy with a distinct identity that highlighted its surroundings without the visual hinderance of exposed fasteners and vertical mullions.

For Machado Silvetti Principal Jeffry Burchard, “once this design concept was in place, the design team then went through many rounds of conversations with fabricators and installers in the process of realizing that full height curved IGUs, supported off of triple laminated glass fins connected to the second-floor cantilever was not only possible but the best and most efficient way to implement the concept.”

In total, 52 glass panels enclose the welcome center. The panels have a universal width of 8 feet and a curve radius of 10 feet. Panel heights differ according to location; approximately two-thirds of the panels are 25-feet tall while those located along the clerestory are 5-feet tall.  To install the panels—the majority of which weigh 3,200 pounds—the installation team relied on a suction cup lifter with articulated mounts that conformed to the curved surfaces of the panels. The panels were hoisted by a team of eight and mounted onto the custom-fabricated facade system.

The $150-million project includes a significant overhaul of Gio Ponti’s castellated North Building, also led by Fentress Architects and Machado Silvetti. A significant component of the museum’s overhaul is the repair of the building’s facade, which is comprised of approximately one million glass tiles placed atop a concrete structure. Additionally, the design team will be complete a roof terrace originally planed by Ponti but left incomplete due to budgetary constraints. Interior work includes a revamp of exhibition spaces as well as a new entrance.