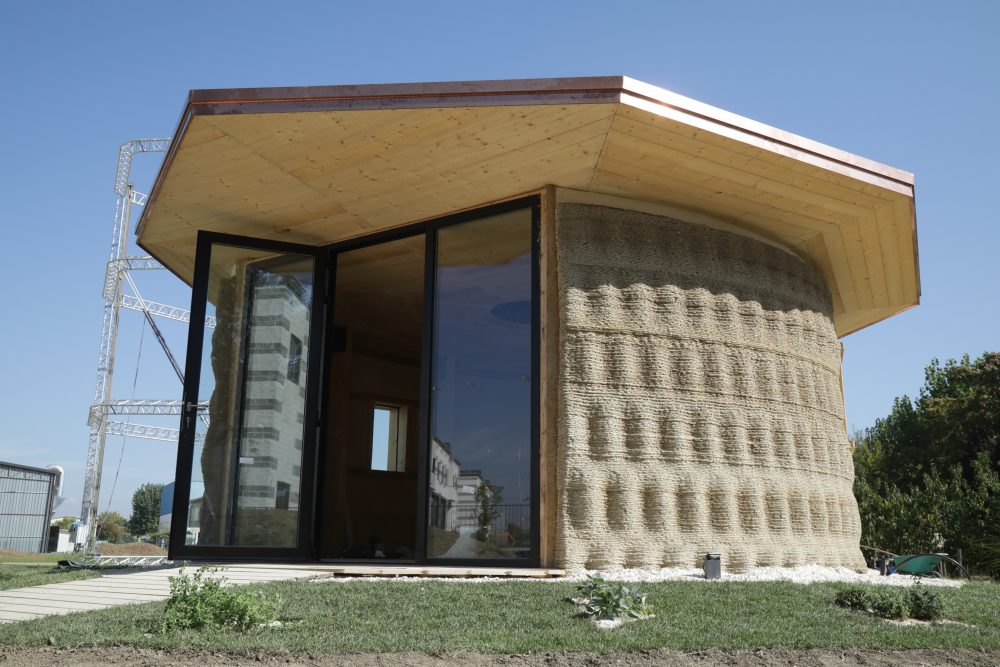 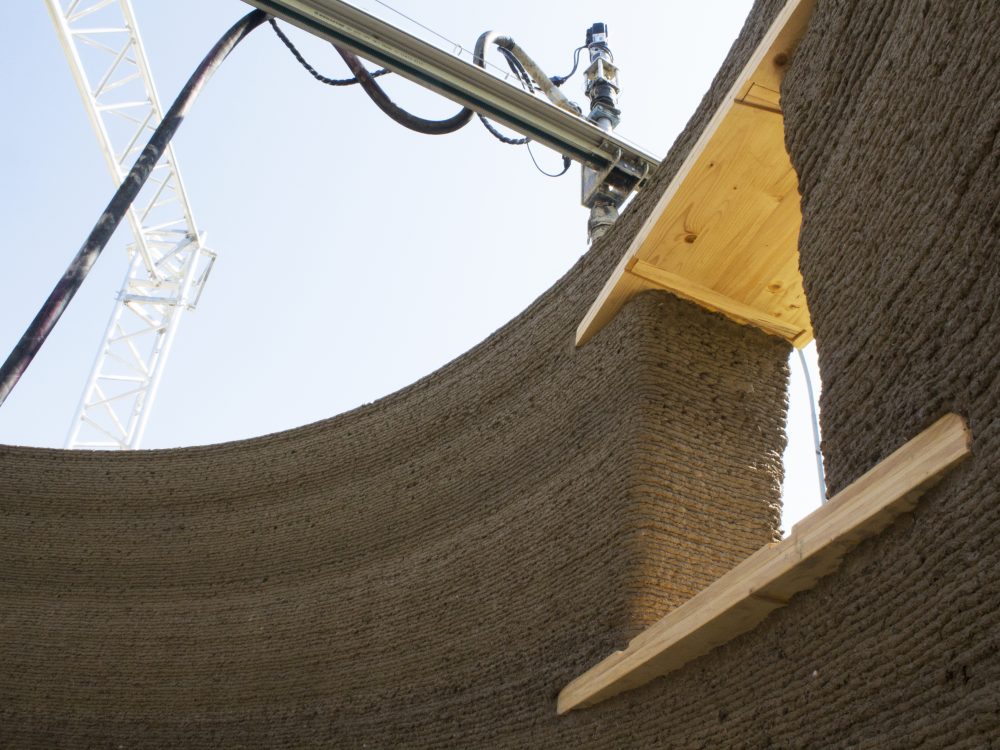 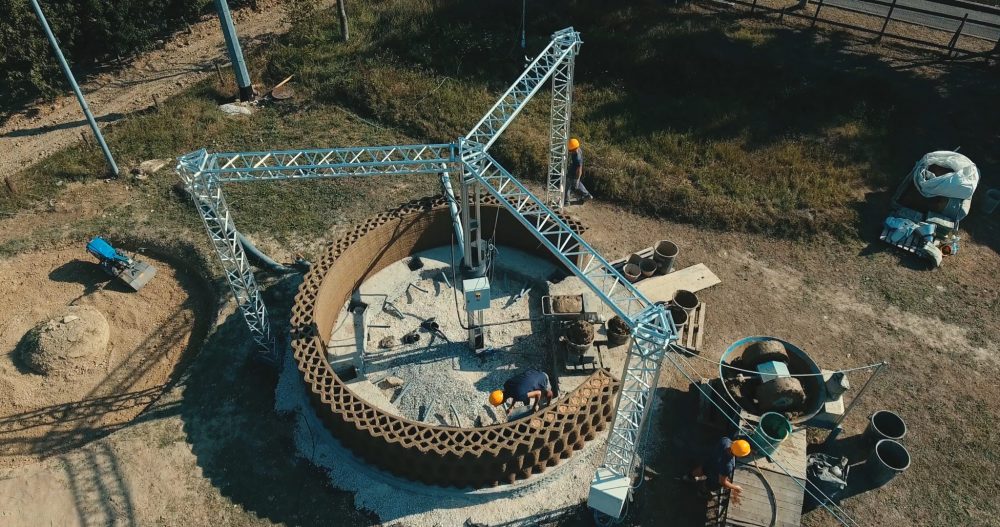 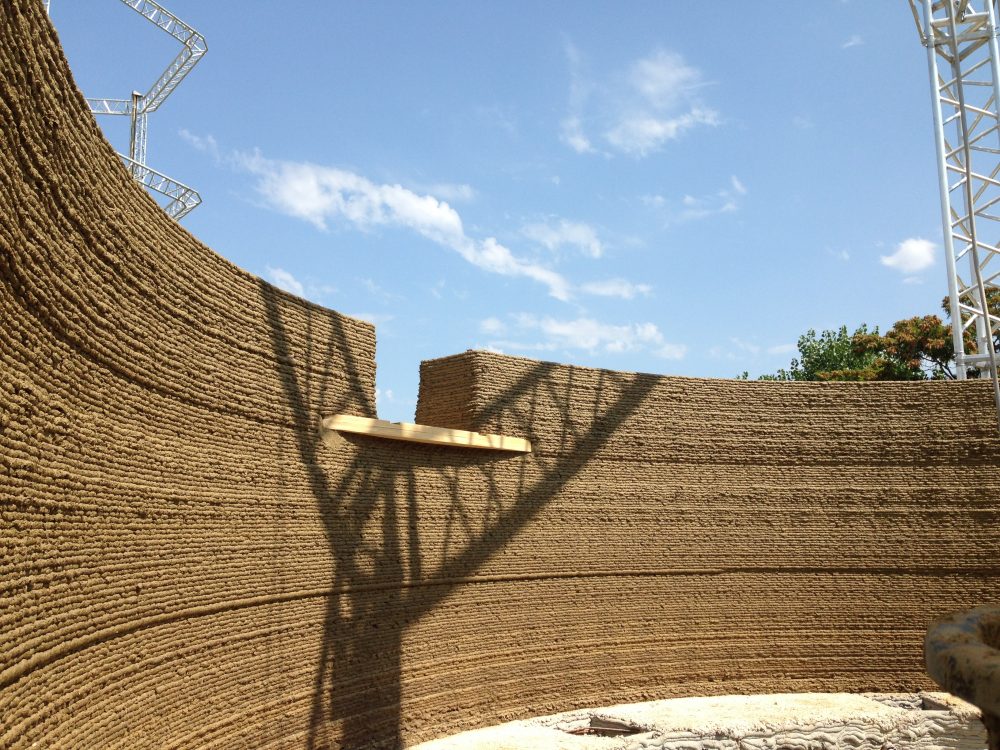 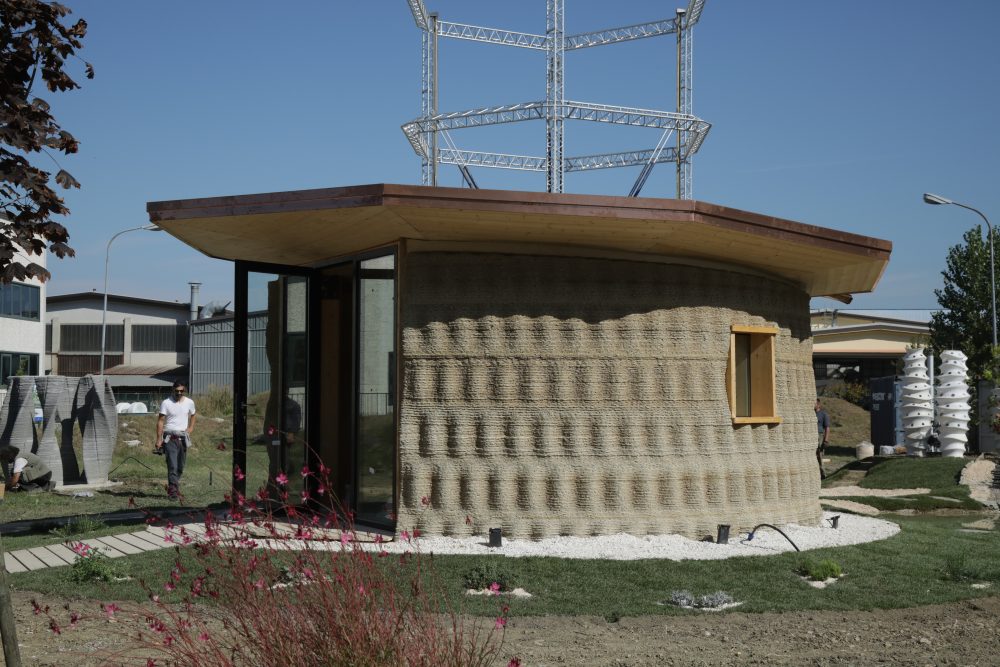 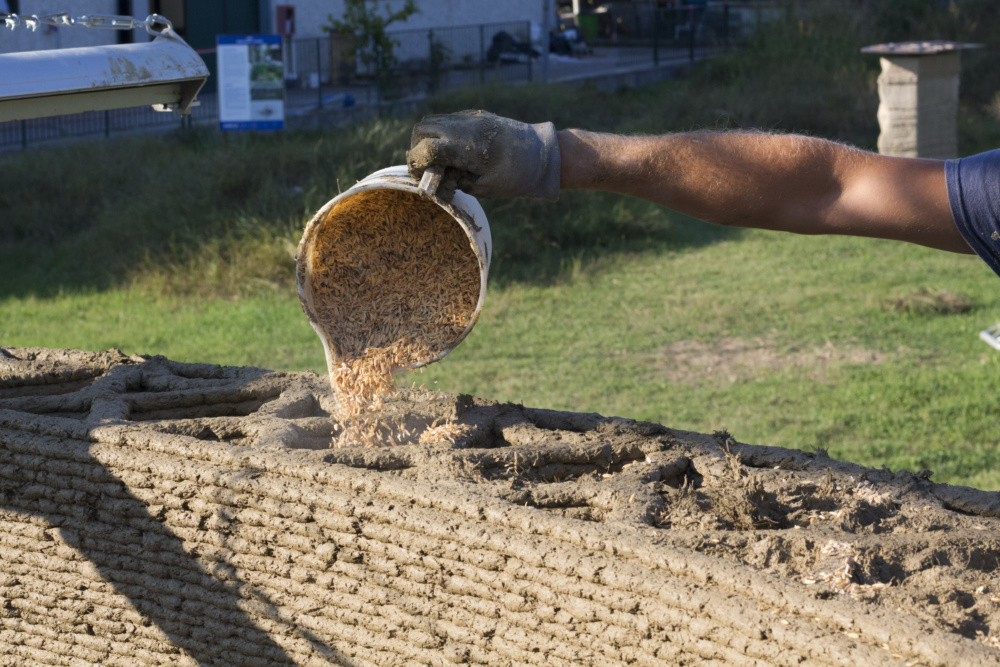 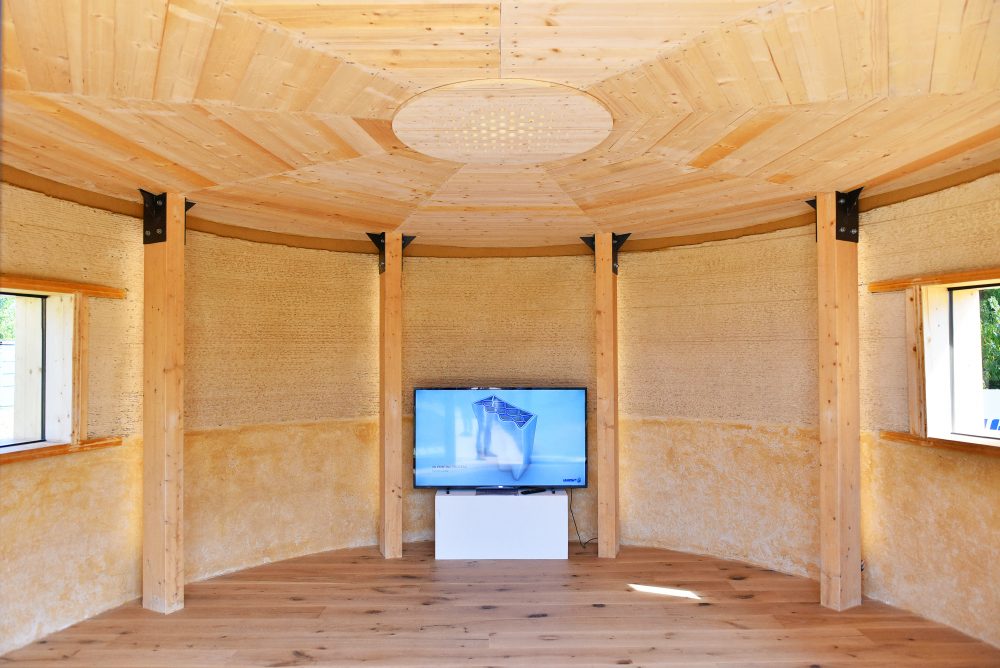 <
►
>
For the construction of the Gaia House, the design team used a printer suspended by a crane-system. (Courtesy WASP)

WASP, a 3D printing studio based out of Italy, recently produced a full-scale residential prototype out of soil, rice products, and hydraulic lime. Measuring approximately 320-square-feet in plan, the project was completed in 10 days and was built in the town of Massa Lombarda in the region of Emilia-Romagna.

The project, named Gaia House, aims to establish a template for mass-produced biodegradable and structurally efficient structures. The building rises from a circular concrete foundation, relying on a team-developed computational design to reduce the total quantity of materials while imprinting geometric variation across the facade.

For the fabrication of the residential prototype, WASP used a 3D printer suspended from a crane, aptly titled Crane WASP. The mixture, composed of 25 percent soil, 40 percent chopped rice straw, 25 percent rice husk, and 10 percent hydraulic lime, was dispensed onto successive layers with a series of triangular cavities placed between the primary interior and exterior courses. Rise husks were poured into the cavities to insulate the structure.

“Gaia is a highly performing module both in terms of energy and indoor health, with almost zero environmental impact,” said the design team. “Printed in a few weeks, thanks to its masonry it does not need heating or an air conditioning system, as it maintains a mild and comfortable temperature both in winter and in summer.”

Currently, WASP is collaborating with the Institute for Advanced Architecture of Catalonia to develop a 3D-printed earthen wall with embedded floor and staircase systems, and is seeking to reduce construction time via the use of multiple printers working in tandem with each other.