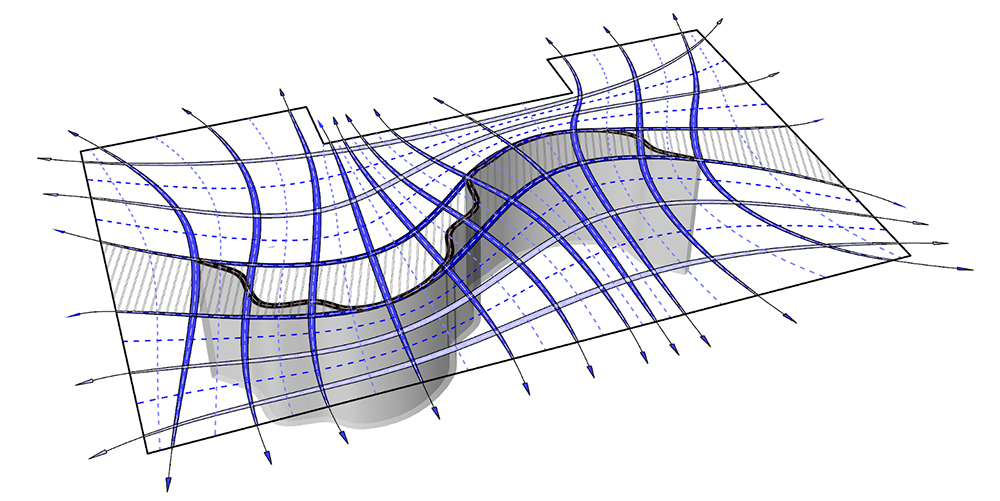 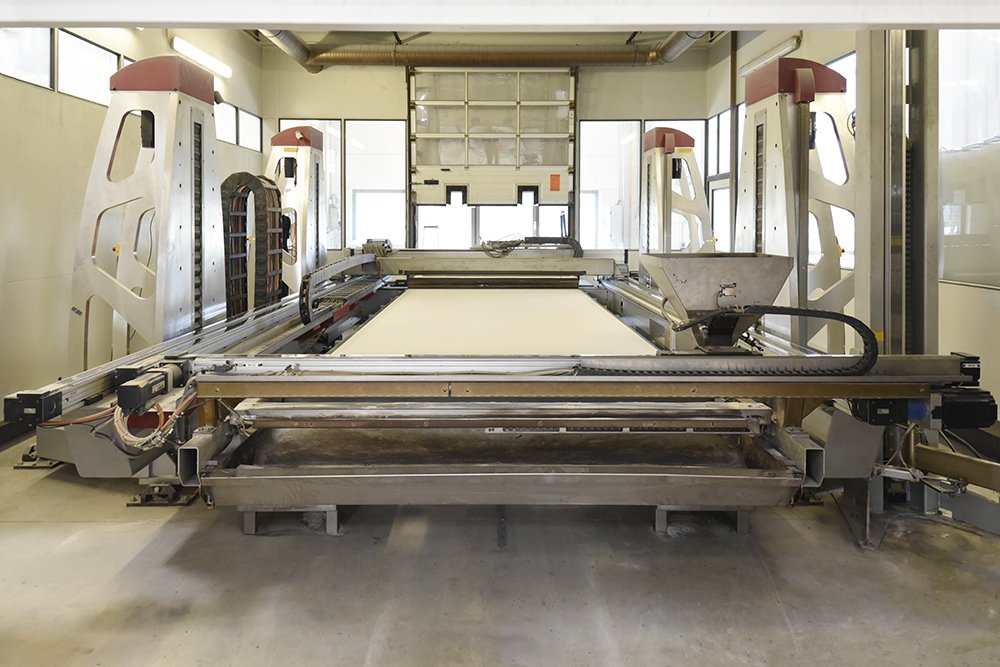 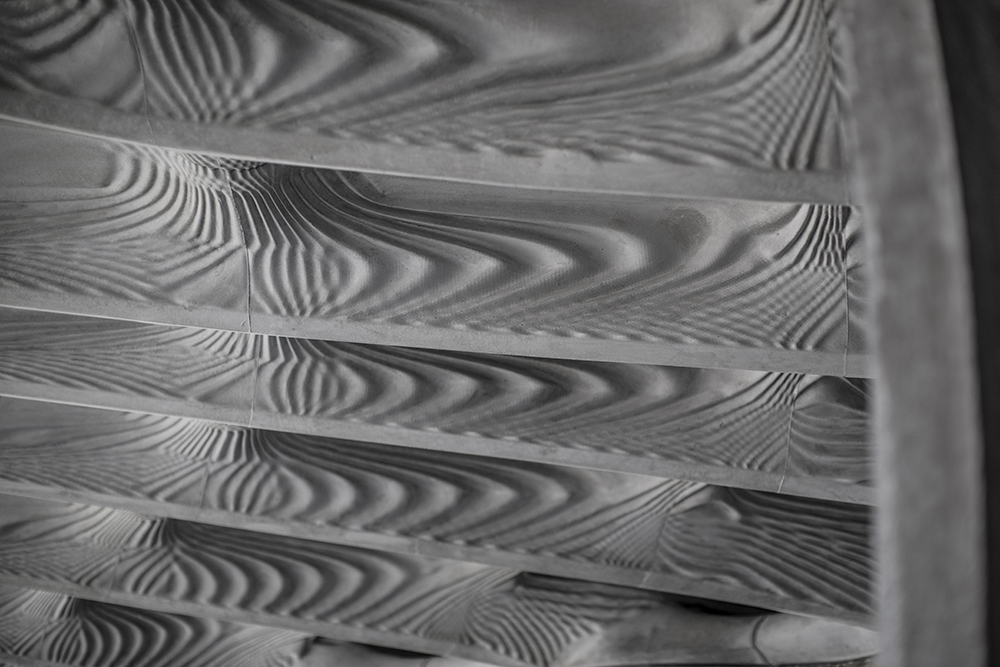 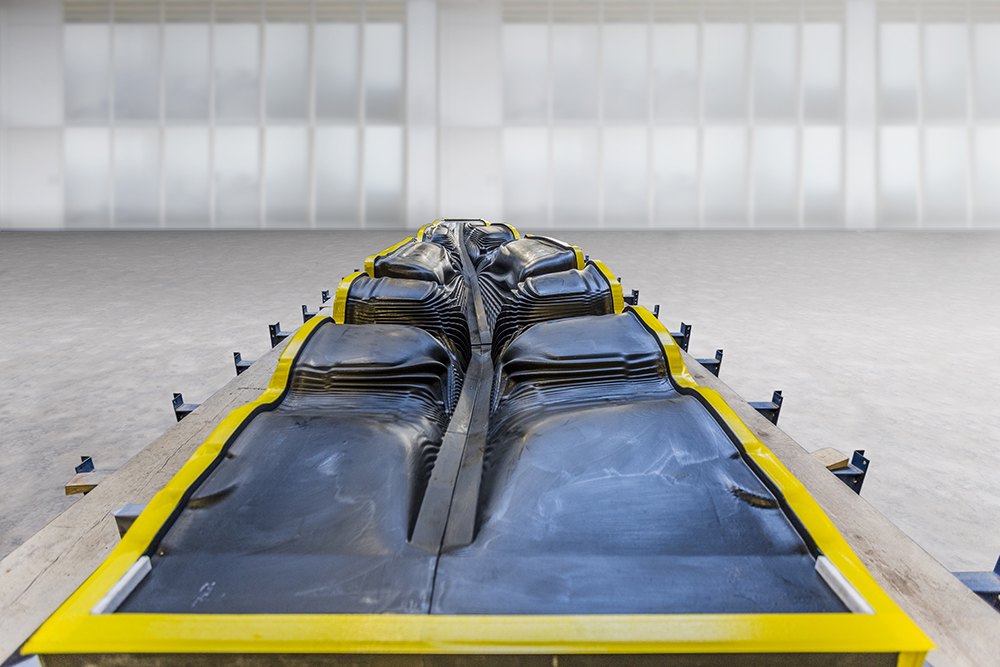 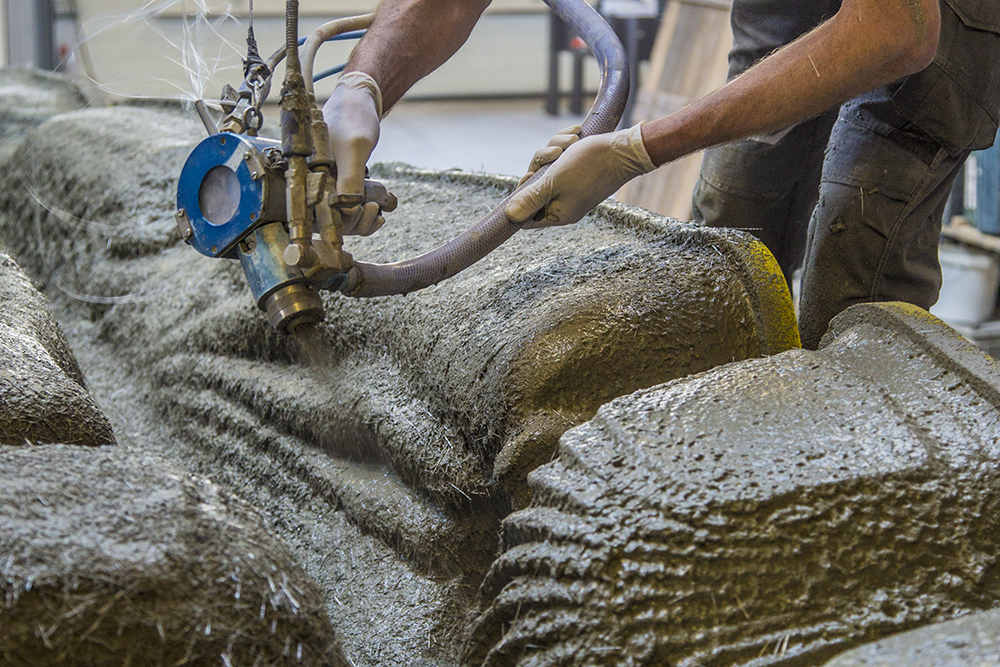 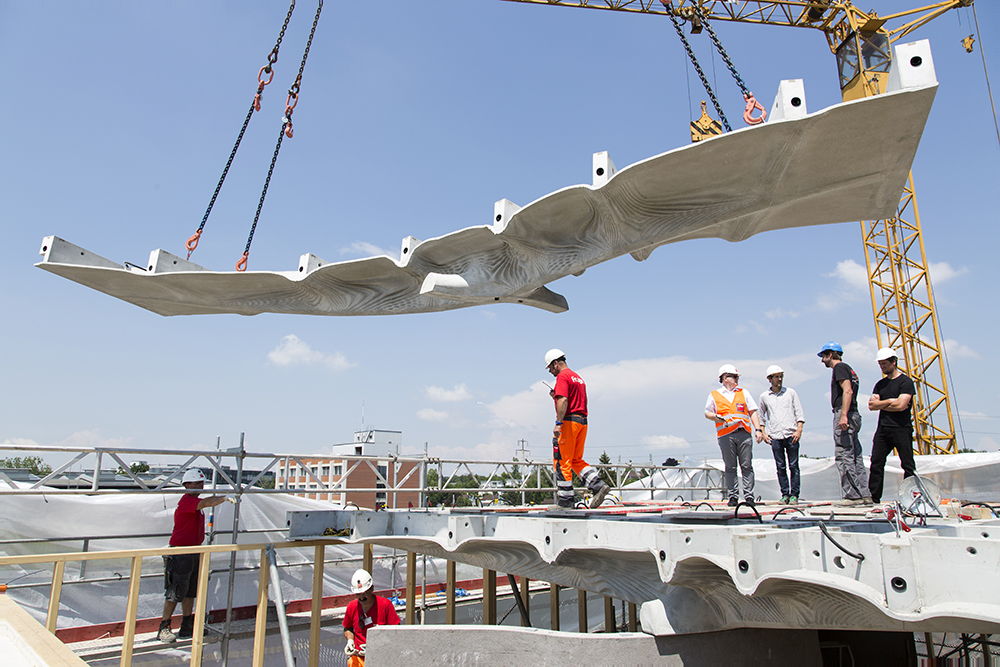 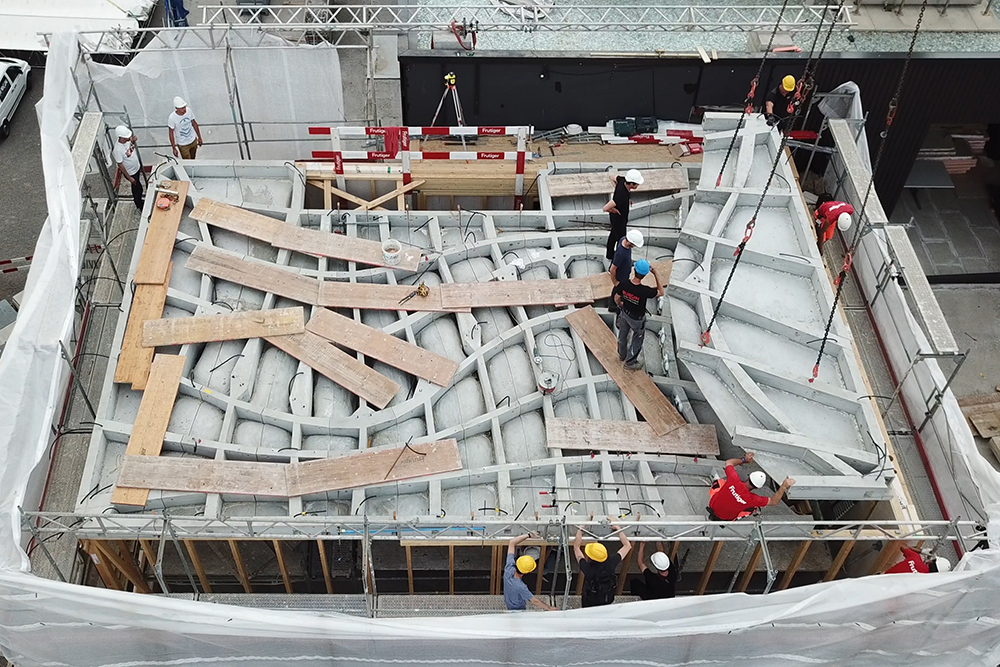 A research team led by Jamin Dillenburger, an assistant professor at ETH Zurich, has recently produced and installed a concrete ceiling shaped by 3D-printed sand formwork. Dubbed the “Smart Slab,” the 1000 square-foot ceiling is significantly lighter and thinner than comparable concrete ceilings.

The concrete slab is a component of ETH Zurich’s ongoing DFAB House project. The DFAB House is a load-bearing timber module prefabricated by robots.

According to ETH Zurich, Dillenburger’s research group “developed a new software to fabricate the formwork elements, which is able to record and coordinate all parameters relevant to production.” In effect, the design of the ceiling is the product of the team-created software rather than analog design or planning.

Following the design and digital testing phase of structural elements, the fabrication data was exported for the creation of 11 pallet-sized, 3D-printed sand formworks. After fabrication, each segment was cleared of sand particles and prepared for concrete spraying. The spray consisted of several layers of glass-fiber reinforced concrete. At its thinnest point, the concrete shell is less than one inch thick.

After hardening for two weeks, the 11 concrete segments were joined to create the approximately 15-ton floor plate.

While the underbelly’s contours were formed by 3D-printed sand casts, the ribbed grid above was shaped by CNC laser-cut timber formwork. The load-bearing ribs, resulting from timber formwork, were outfitted with a series of tubes for the insertion of steel cables both horizontally and vertically. These post-tensioned ribs carry the principal load of the “Smart Slab.” In placing the principal load above the concrete shell, the research team was able to insert complex geometric features below.

The “Smart Slab” is not ETH Zurich’s first execution of an ultrathin concrete unit. Earlier this year, the university fabricated an undulating, two-inch thick roofing unit for a new live-work space in Zurich.