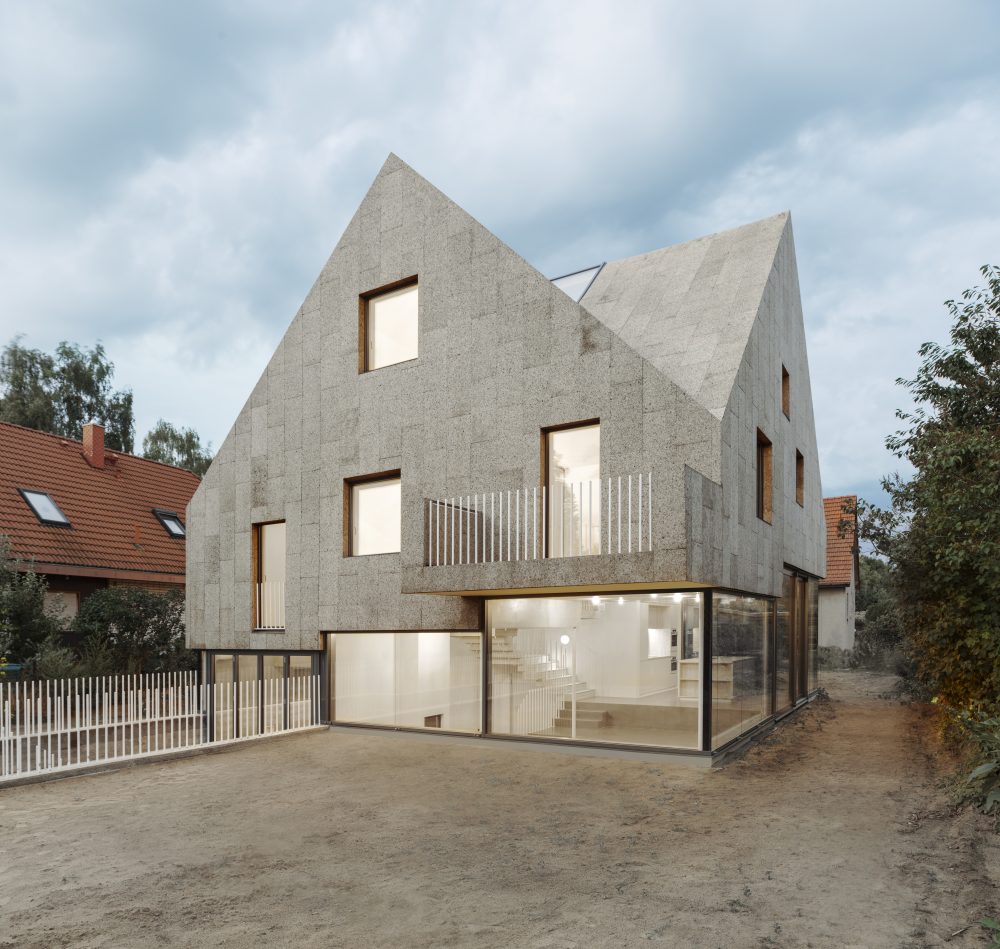 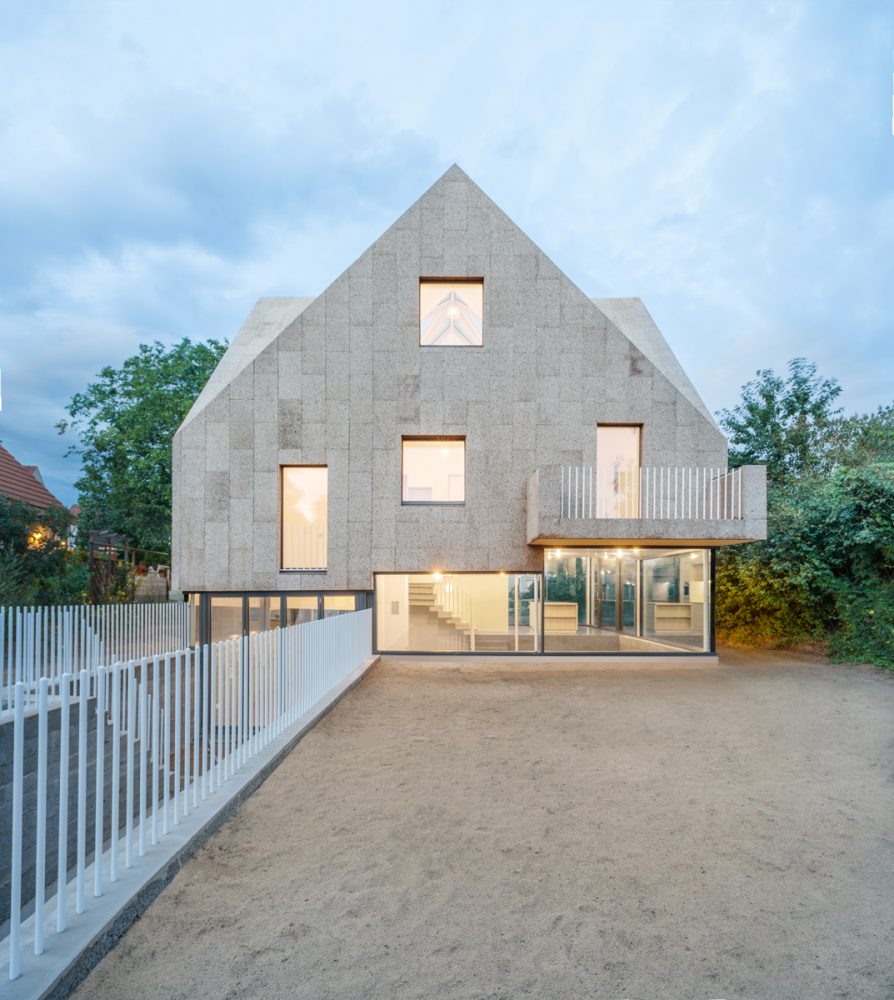 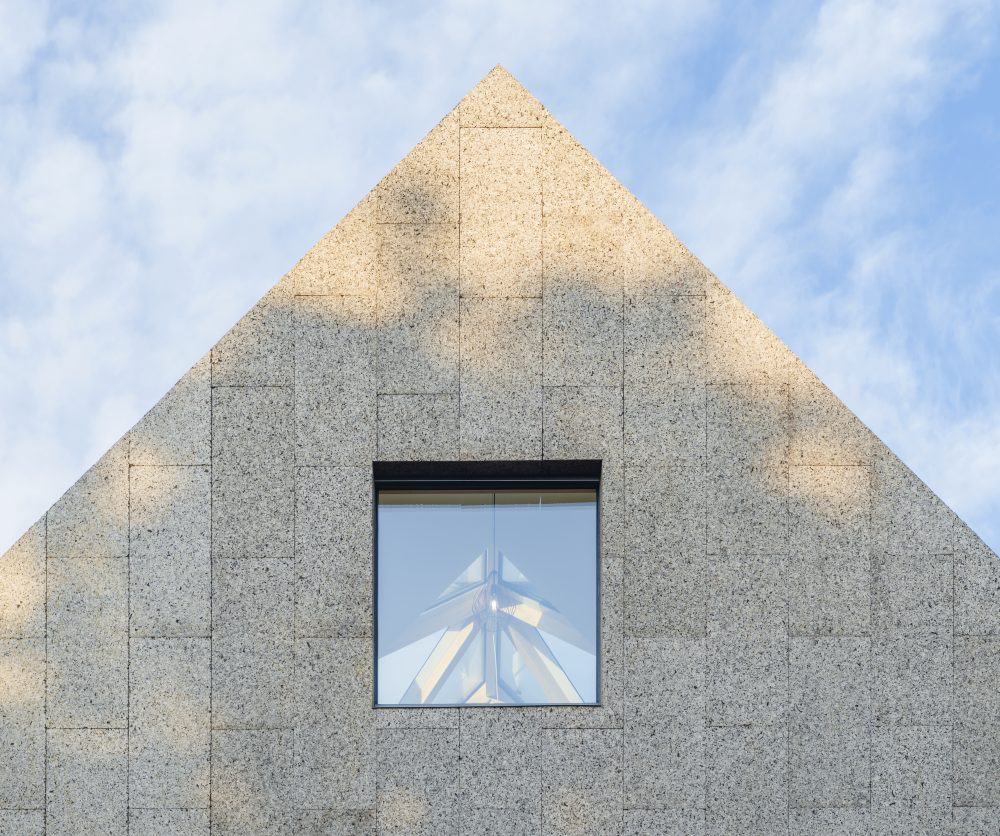 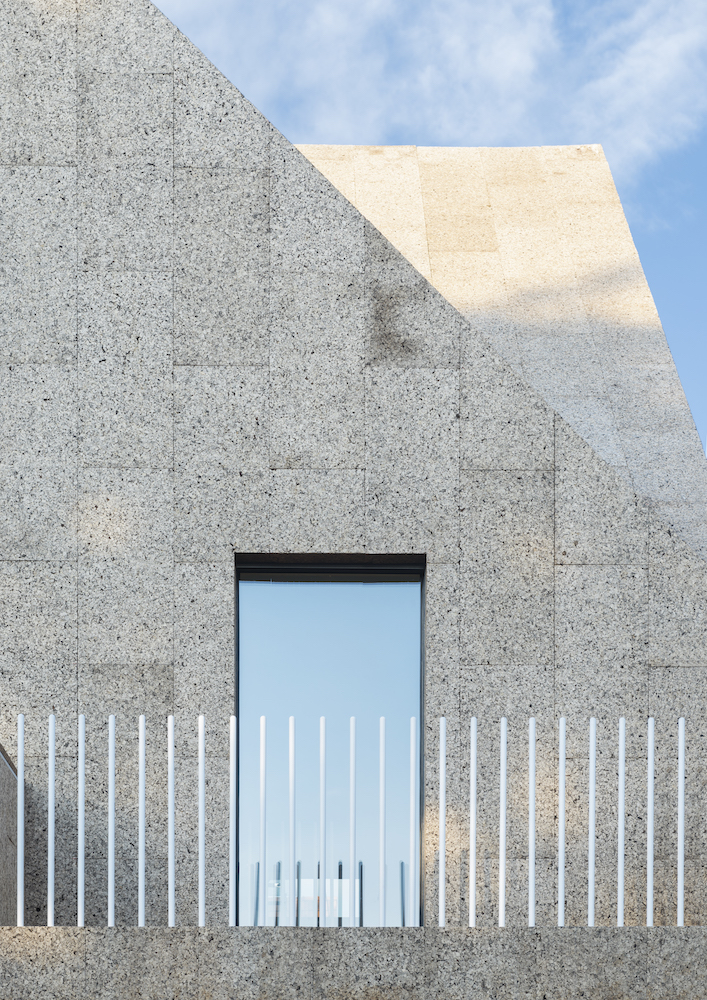 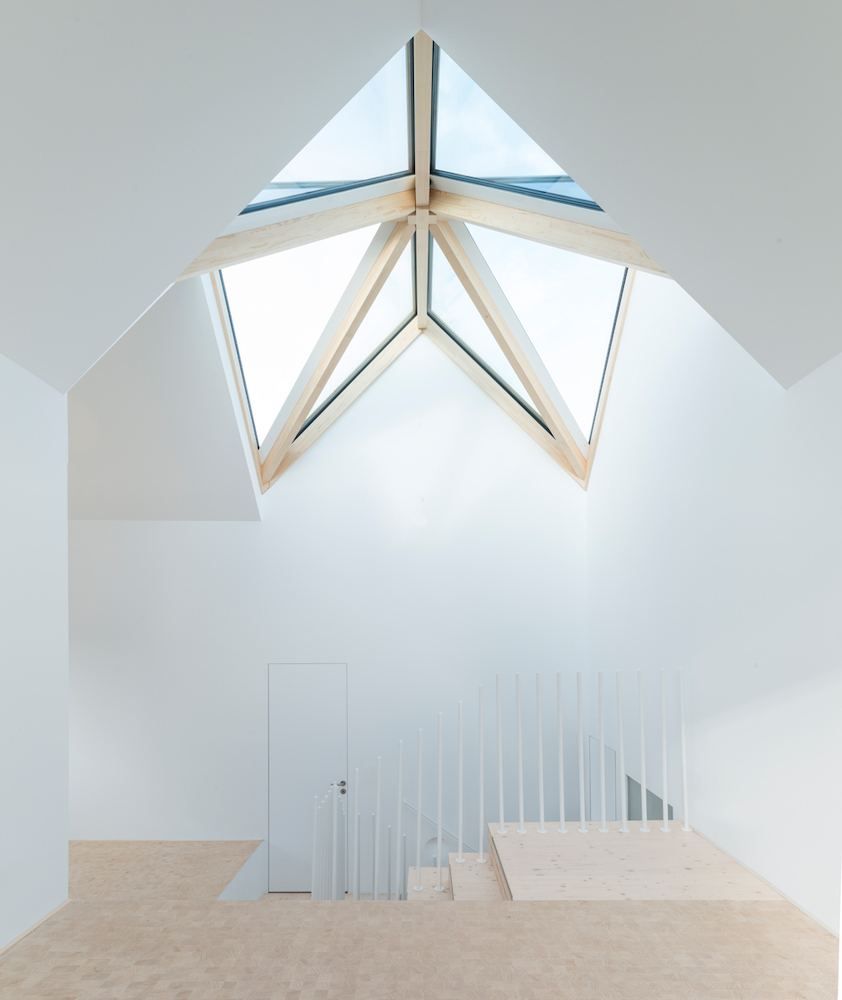 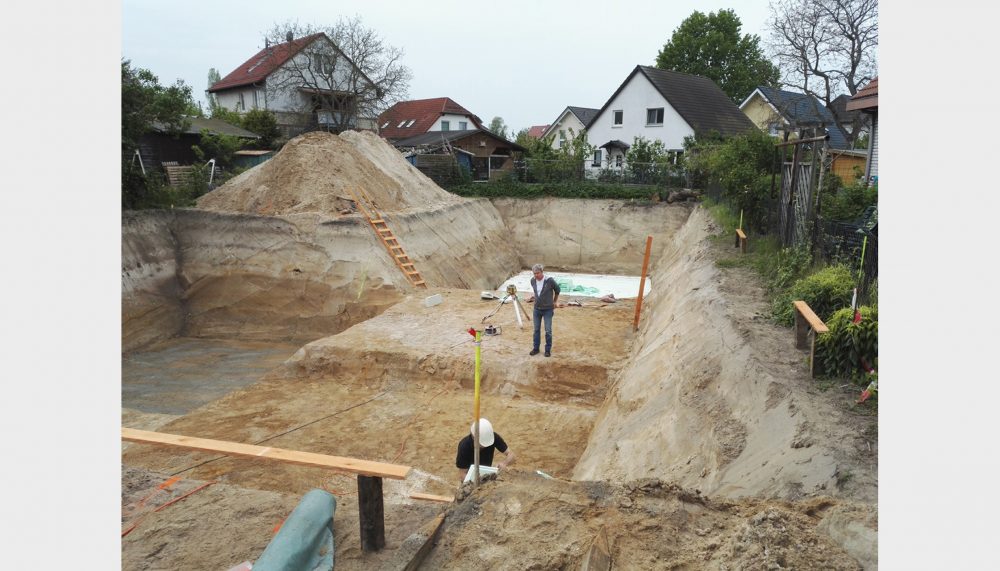 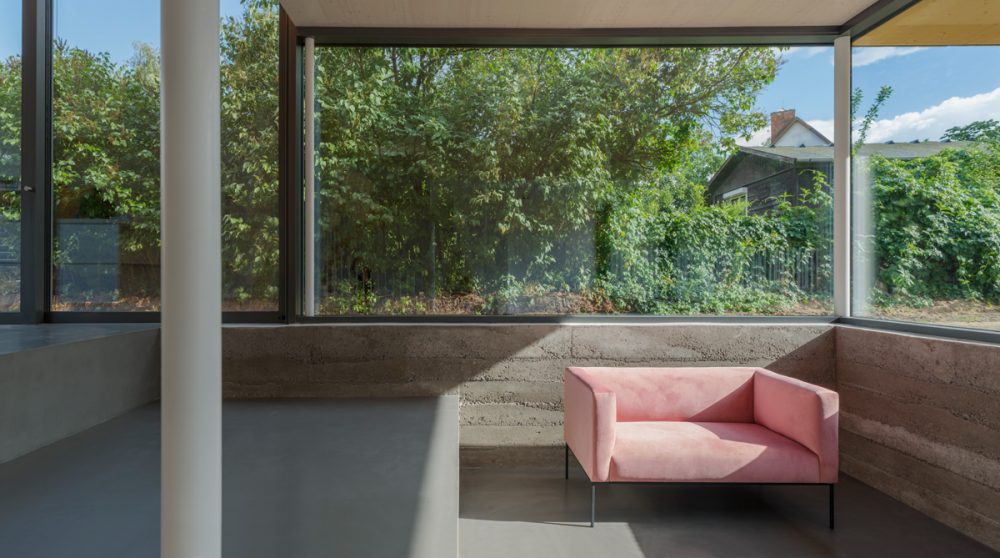 <
►
>
The project is semi-buried to maximize floor space in an area with rigid height restrictions. (Courtesy rundzwei Architekten)

Timber is an increasingly common building and cladding material, but rarer is the use of timber byproducts. But the Cork Screw House, a three-story residential commission in a Berlin suburb designed by rundzwei Architekten, is clad and roofed with one of the most renewable tree-derived materials: cork.

The project is located on a fairly modest lot within a suburban area. Due to zoning and height restraints, the design team had to maximize the total square footage of the building—roughly 3,200 square feet—with a few clever tricks. The massing of the structure bears a loose resemblance to the early 20th-century American Foursquare style, relatively boxy in character and restricted in ornament. The ground floor, a half-basement, is effectively burrowed in an excavated ditch ringed by rammed concrete.

The fabrication process of cork panels is similar to that of other cork products produced by Portuguese manufacturer Amorim Isolamentos. Cork is extracted from the bark of the Cork Oak every seven to nine years, a process that leaves the tree trunk undamaged, allowing for further harvests.

“The bark is rinded into granulate and formed into the panel shapes by adding pressure and heat,” said the design team. “The heat releases the naturally inherent resins of the cork, avoiding the use of adhesive additives.” Once solidified, the cork slabs can be cut using standard timber tools into various cladding sizes.

In the case of the Cork Screw House, the standard dimensions of the cork panels are approximately 20 inches by 40 inches. The panels are fastened to the building’s structural timber framing with a combination of permeable glue and mechanically fixed screws.

Apart from the environmentally-friendly production of cork, the design team also opted for the material due to its weather barrier, thermal, and acoustical properties. Owing to the cork’s near impenetrability, the panels serve as an effective rainscreen for the structure’s timber framing to prevent mold and water damage—similar to wooden drop siding.

The panels are just over an inch-and-a-half thick, providing a significant boost to the building’s insulation values while keeping out environmental sound.