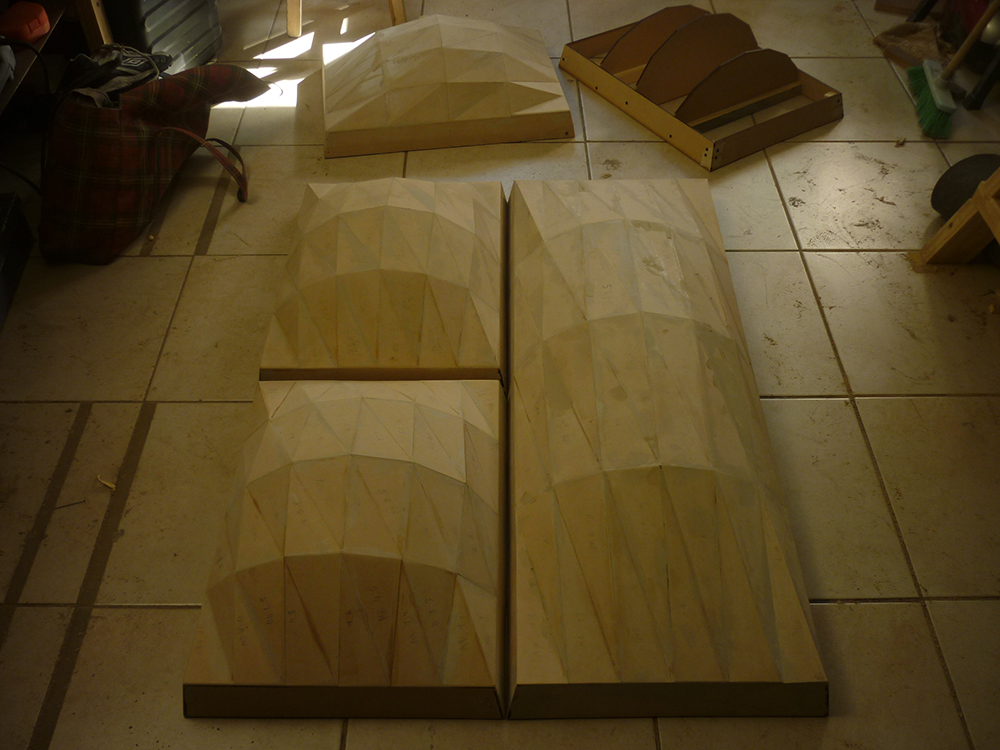 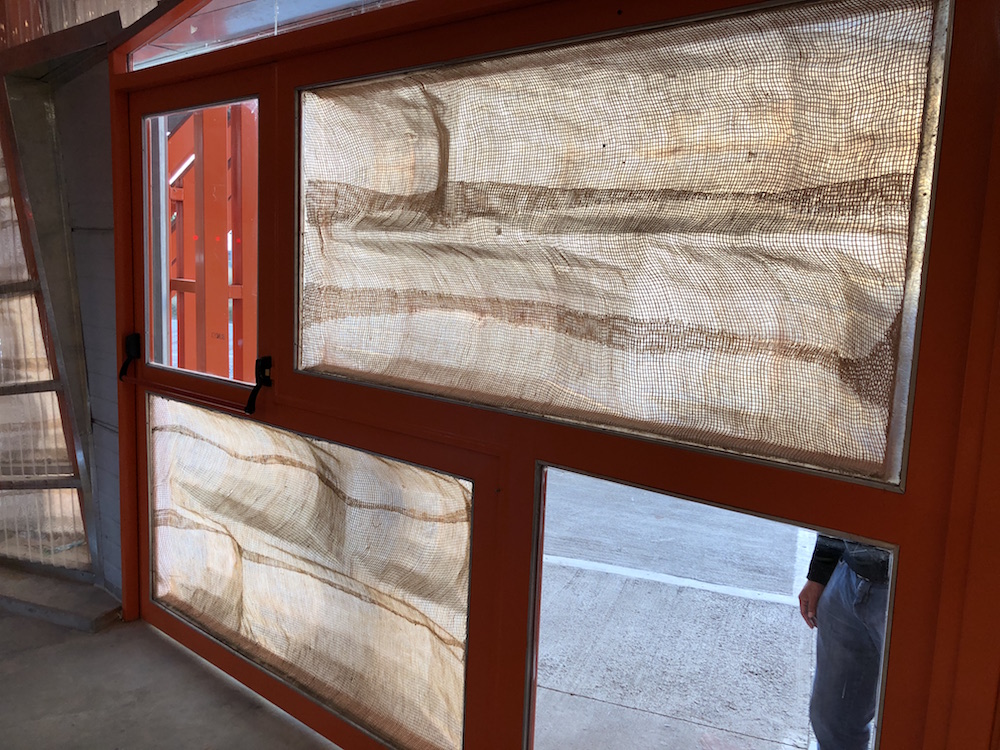 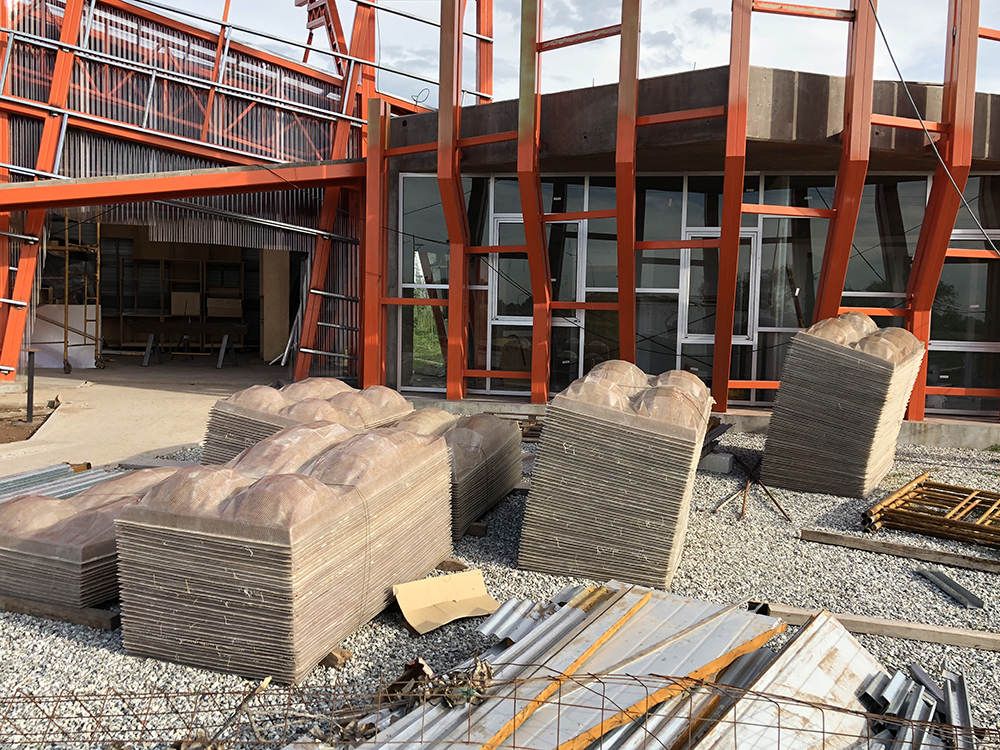 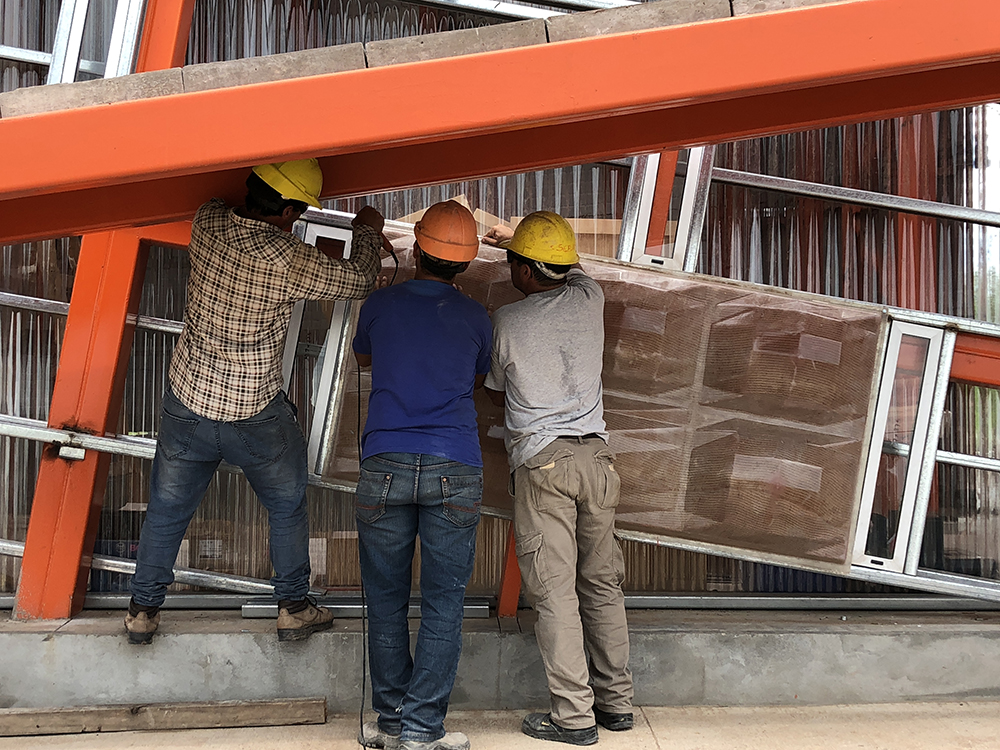 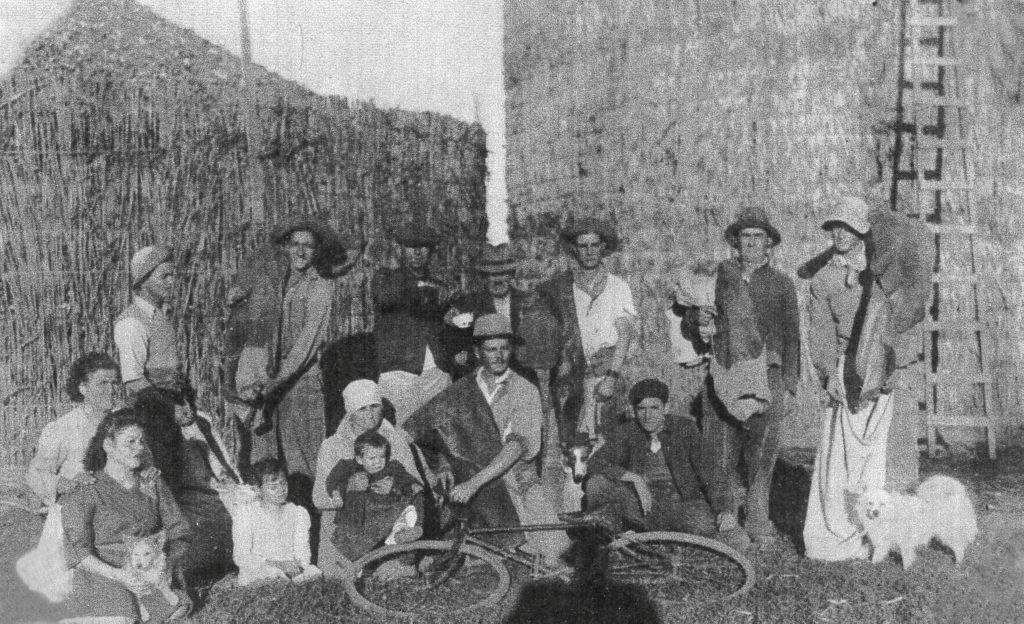 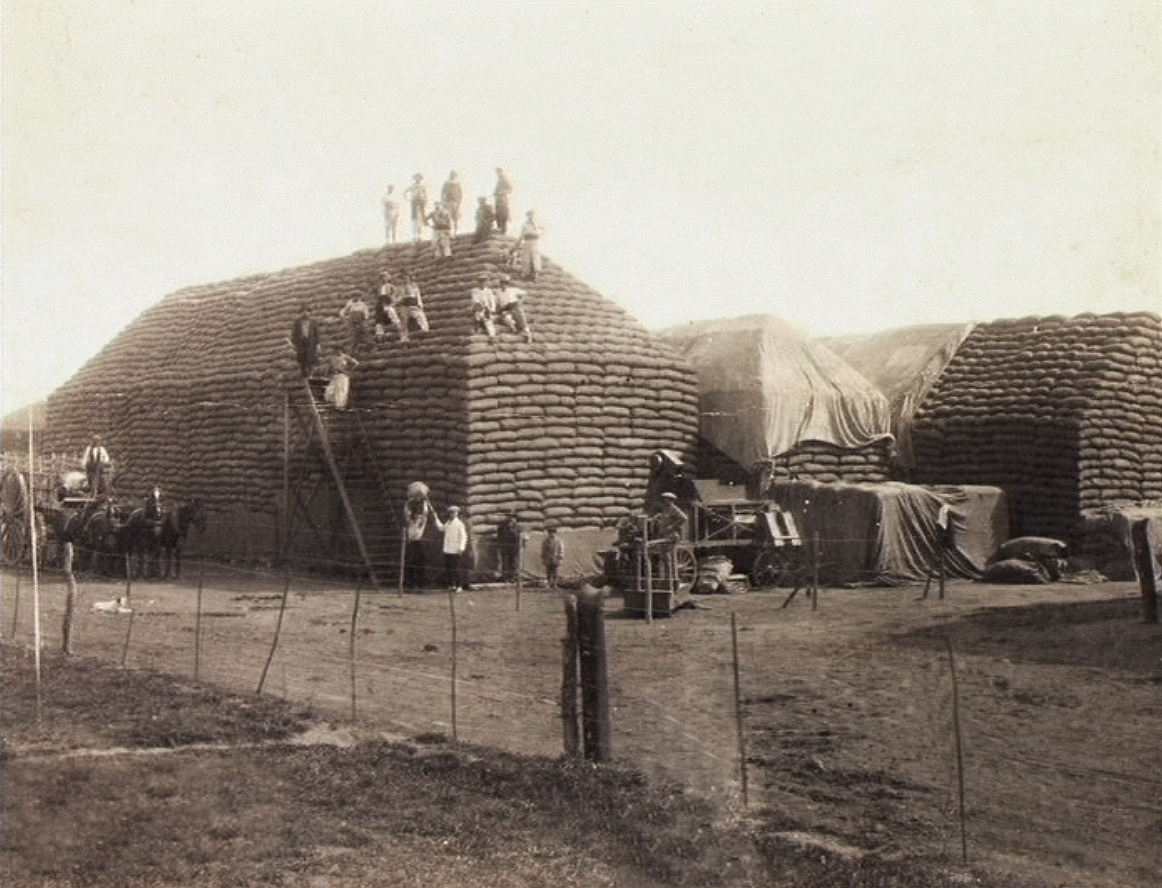 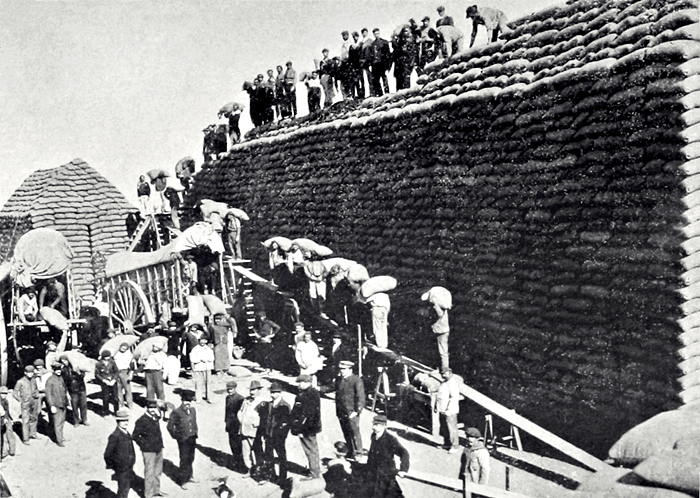 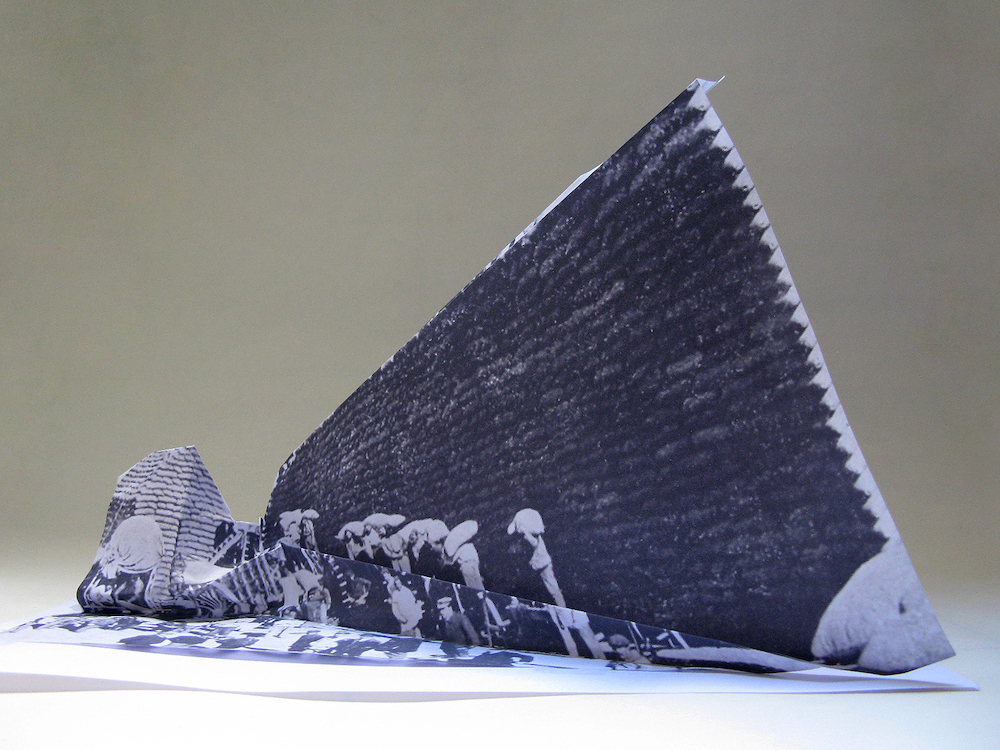 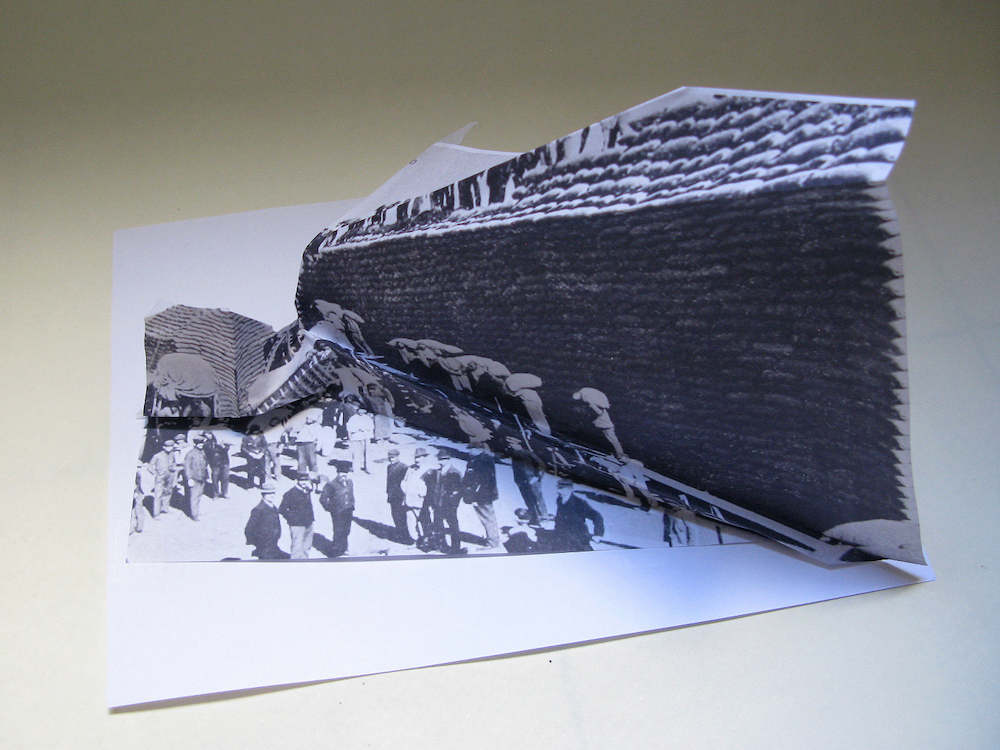 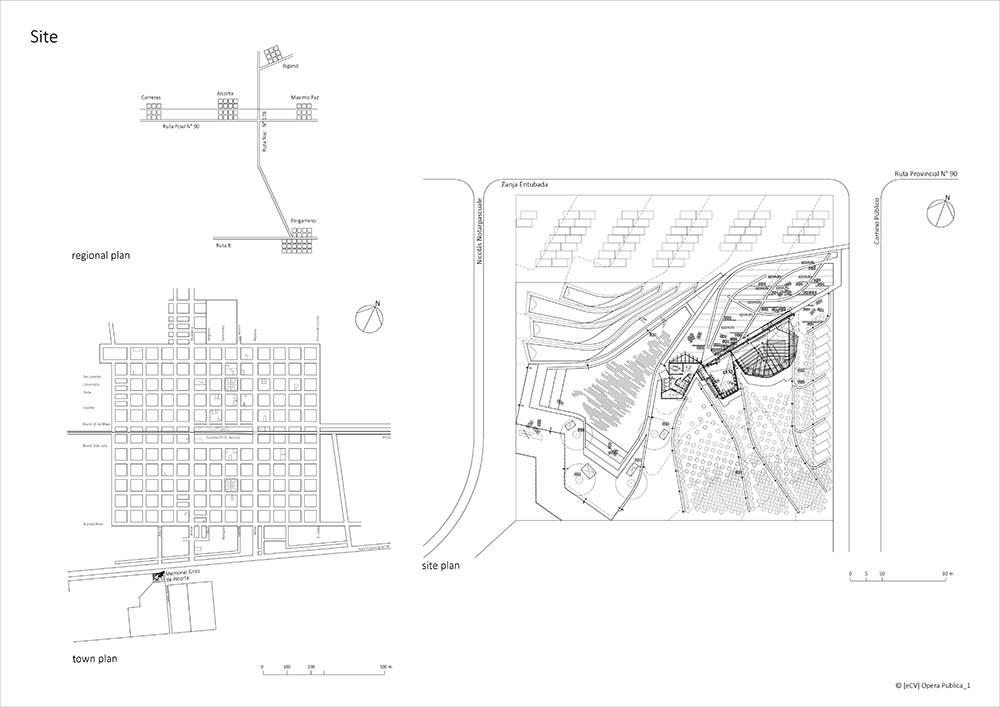 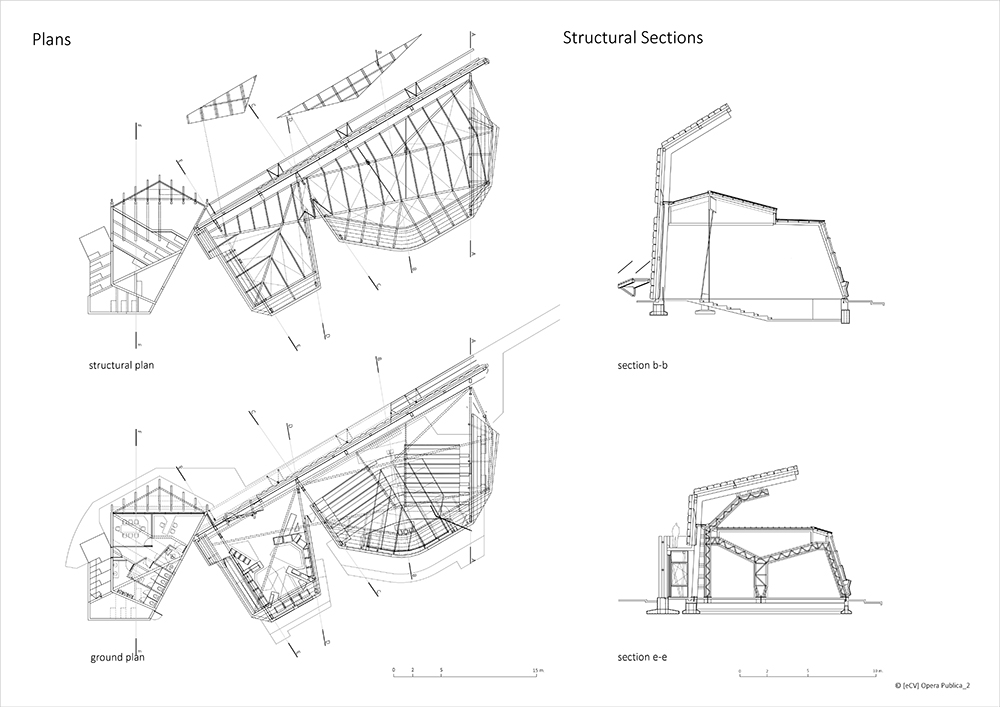 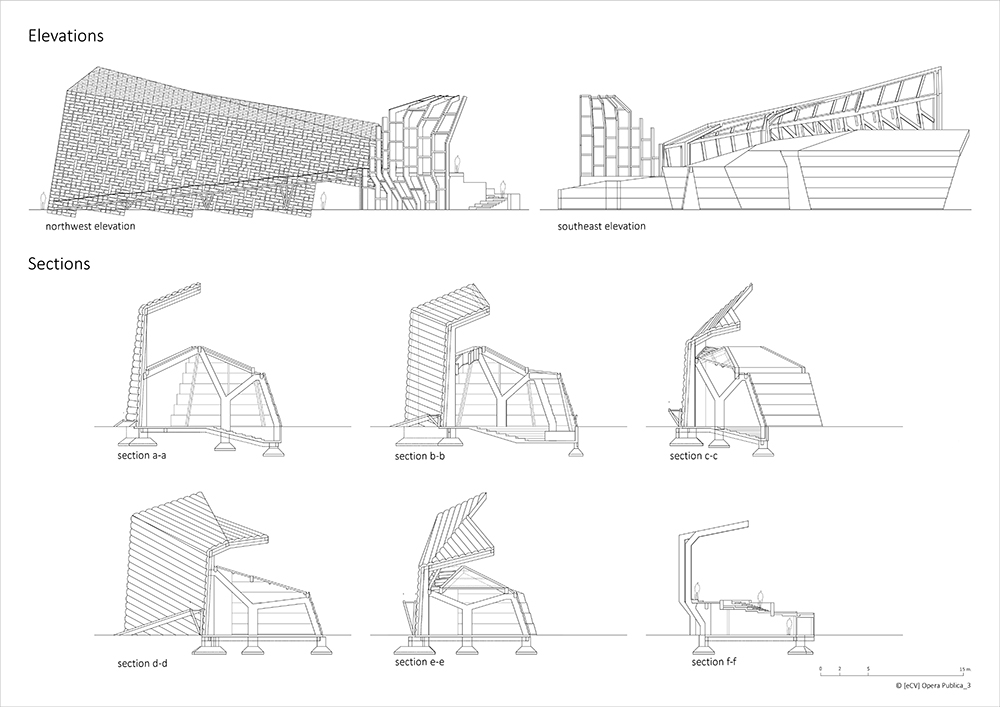 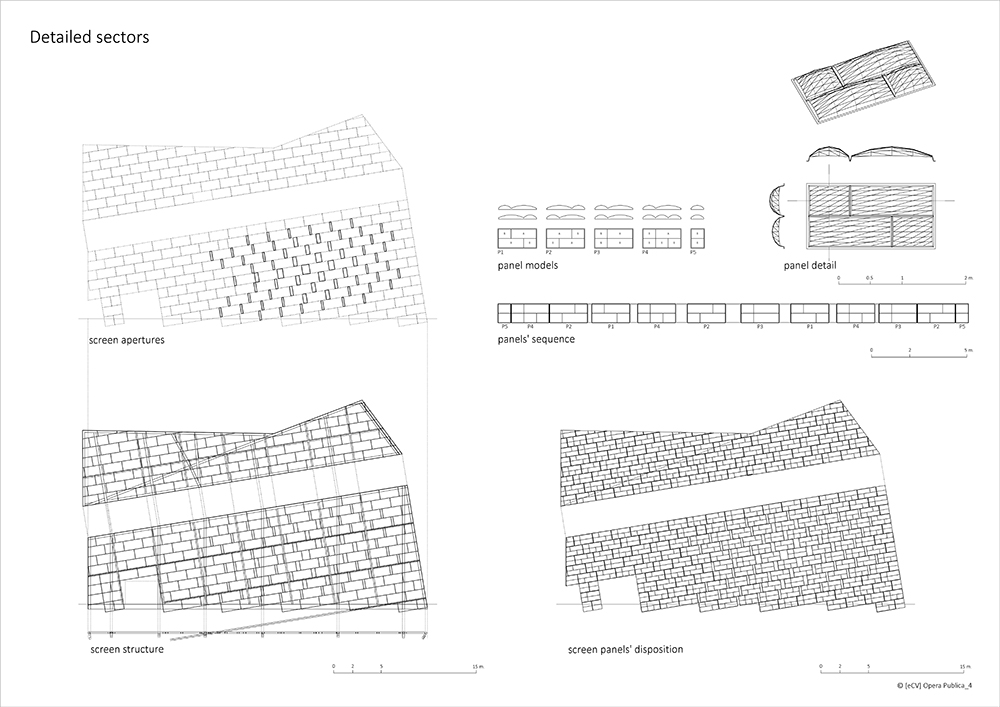 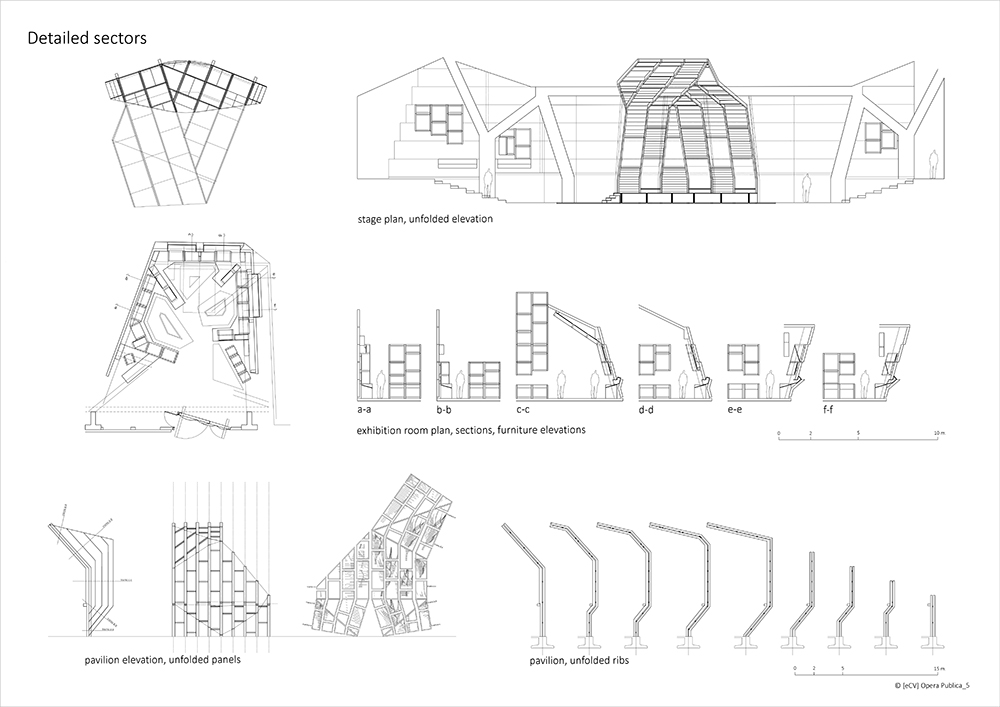 In 2011, estudio Claudio Vekstein_Opera Publica (eCV) was approached by the government of Argentina‘s Sante Fe Province to design a space memorializing the centennial of the Alcorta Farmers Revolt. Founded in 1892, Alcorta is a small farming town laid out according to a dense and rigid grid surrounded by plotted agricultural land, an urban morphology typical of this southern corner of the province. From this historical context, eCV’s Memorial Space and Monument of the Alcorta Farmers Revolt rises as an asymmetrical fissured edifice wrapped with semi-translucent, prefabricated epoxy resin-and-fiberglass panels.

The complex, located on an approximately 81,000 square-foot plot, is a visual homage to the town and region’s proud pastoral heritage. For the main northwestern facade, eCV Principal Claudio Vekstein turned to the region’s traditional forms; during the harvest season, farmers would pile their corn bags into hillock-scale mounds as a testament of collective pride in their work. Approaching the memorial from the southern border of the town, Vekstein achieves a material and symbolic bridge to the past with a vast canvas of an “insistent, alternating and syncopated relief of bags” formed out of epoxy resin, fiberglass, and rough burlap cloth.

For the relief of the bags, eCV designed a set of rectangular molds of a standard height and varying widths. These modules are plugged into 275 alternating facade elements measuring approximately 3.5 feet in height and 7 feet in width. The billowing mass of the plexiglass panels is broken by a series of narrow apertures of four different dimensions.

The structure of the monument is highly visible, consisting of exposed and inclined steel beams and trusses planted into a concrete foundation. Mounting the precast facade panels onto the structure was a fairly straightforward operation: the panels are attached to a bracket-connected metal framing system with self-tapping screws. In total, the installation of the panels took approximately three weeks.

A significant portion of the northwestern facade folds over the 4,300 square-foot built area and interior segments of the panels are backed by rows of grooved fiberglass. The rear elevations, which host offices of the Agrarian Foundation and communal spaces, are fronted by rectangular corrugated sheets of metal that are similarly fastened to a framing system.

During the day, the semi-translucent screen filters a soft yellow light into the memorial’s principal spaces. The rough burlap fabric, which provides the panels their outward dark hue, takes on the form of a glowing and sinuous skin. As the sun sets and interior spaces are illuminated by artificial lighting, the facade becomes a lamp beaming toward Alcorta.

Beyond the facade, eCV’s interior is spartan and reflective of the populist ethos of the overall design typology–the flooring is bare concrete, with steel trusses and cross braces cascading below the slanted roofline.

After six years of episodic construction, the complex opened to the public on the 106th anniversary of the uprising in June 2018.