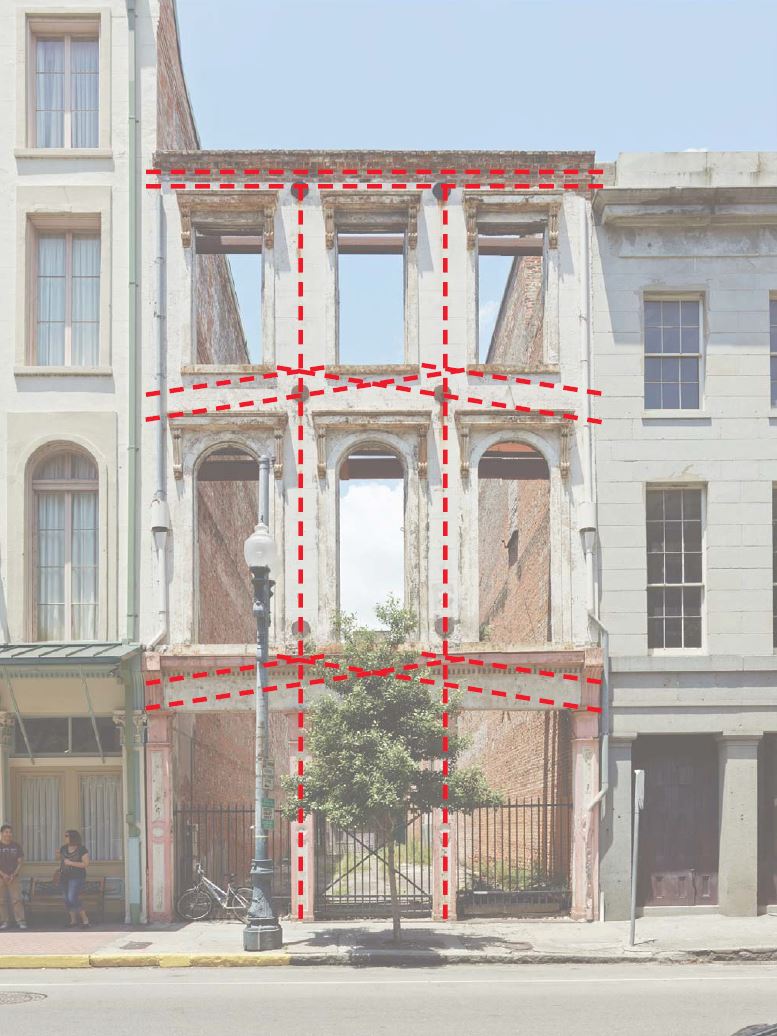 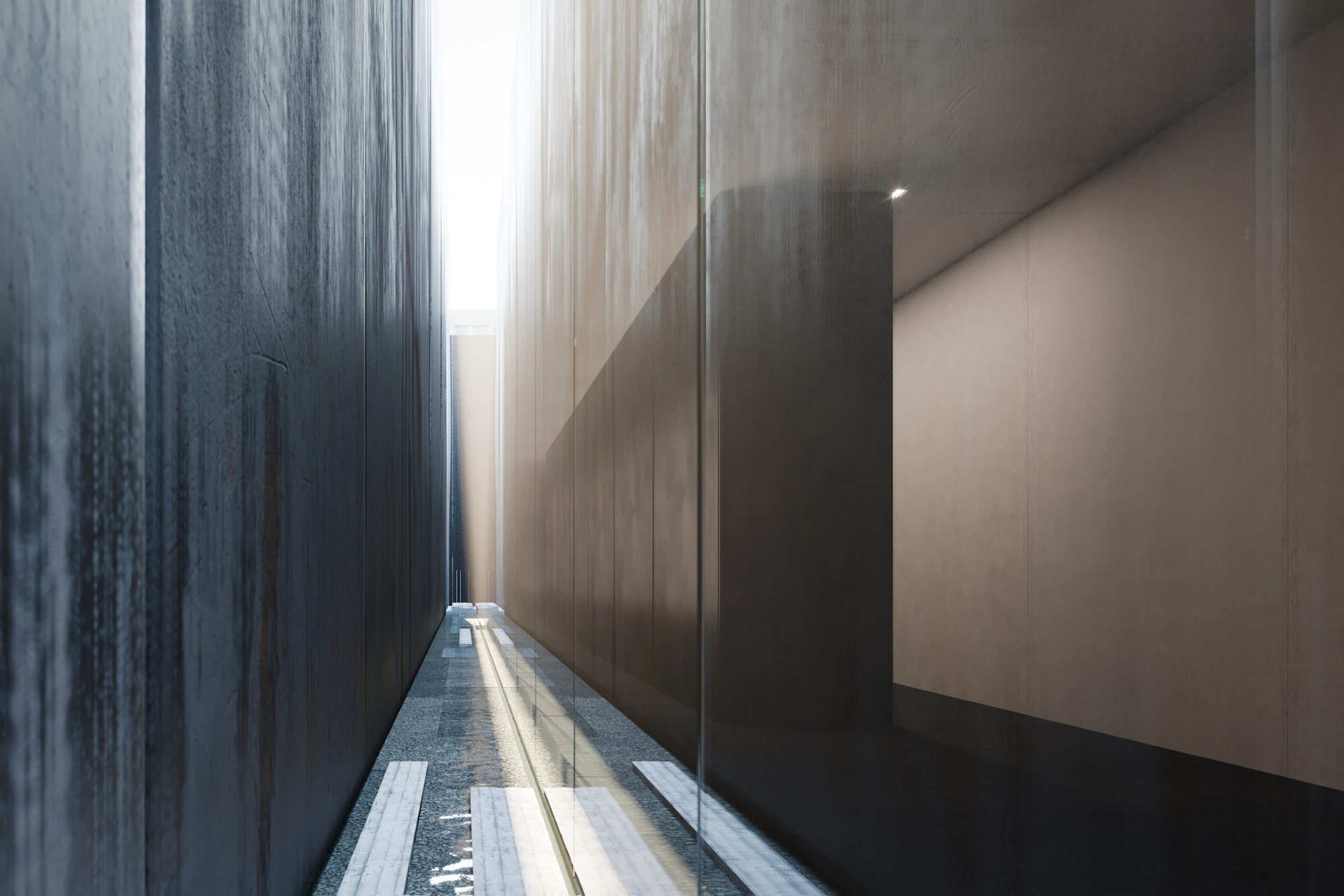 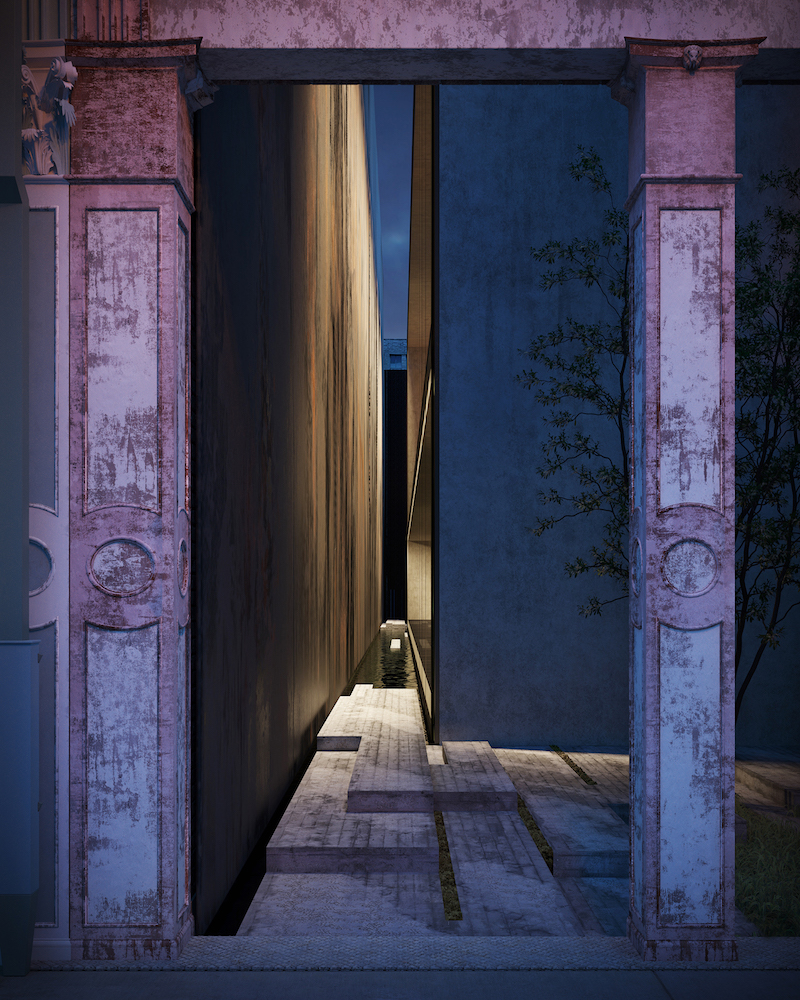 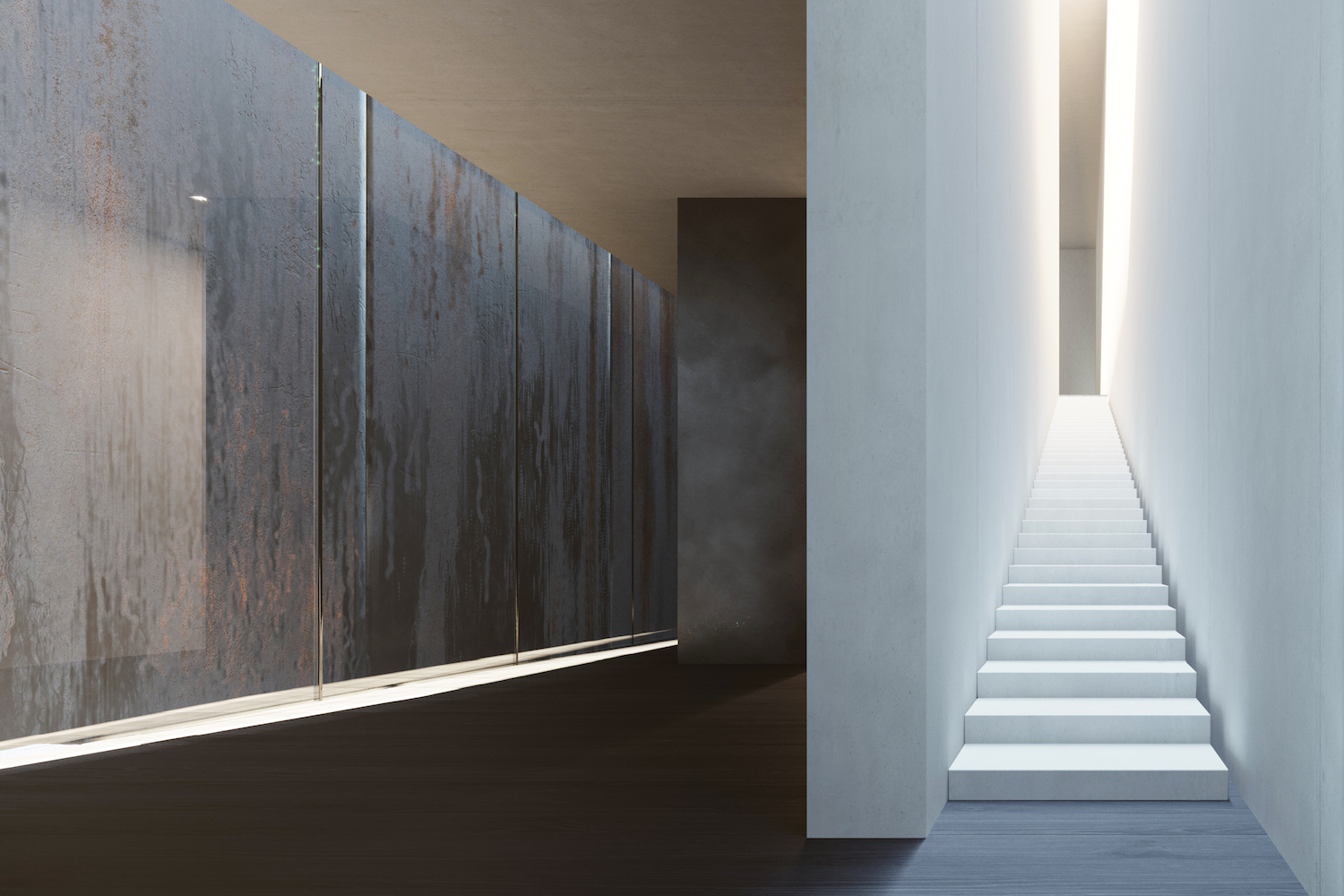 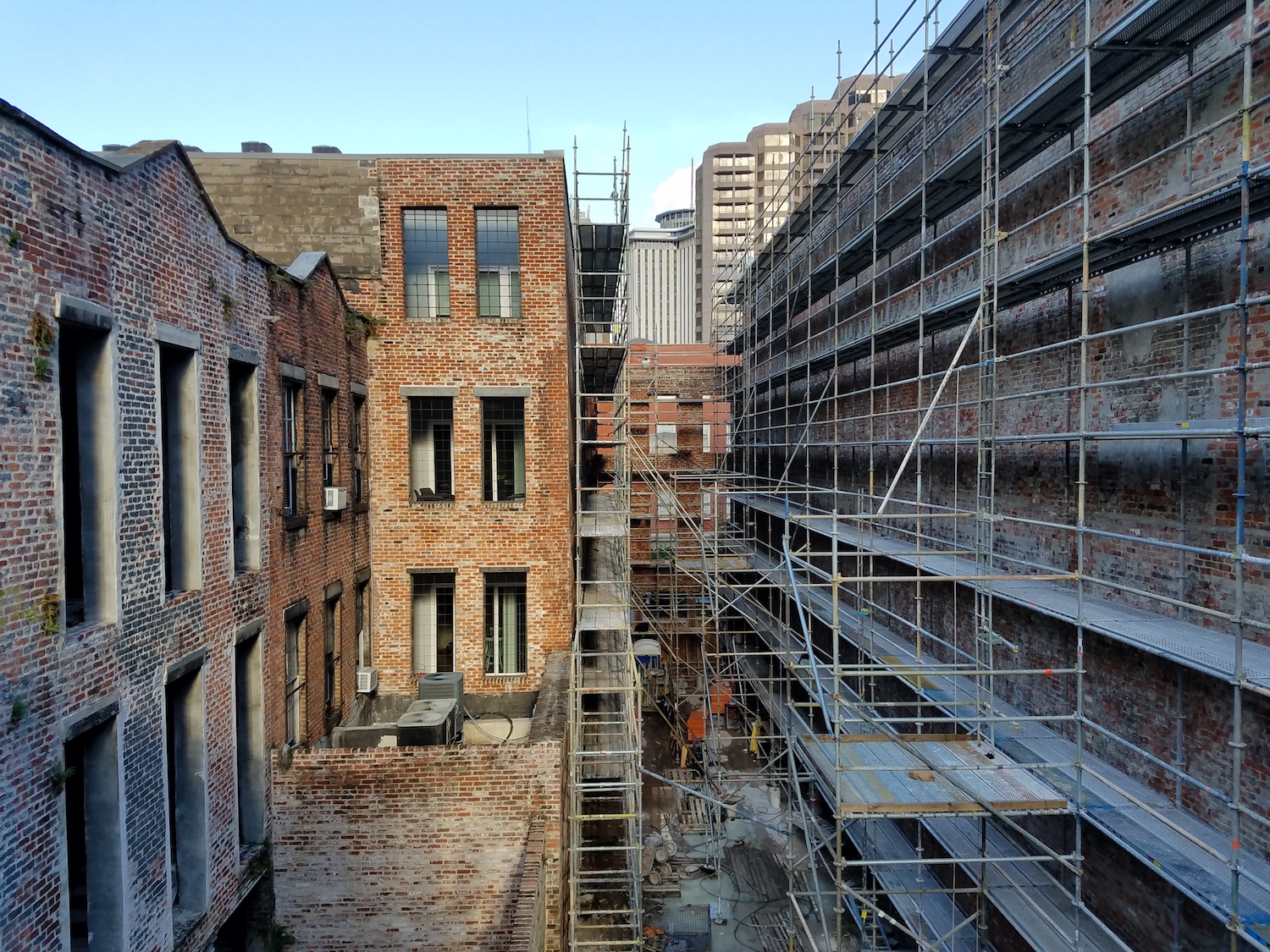 Architectural preservation is often a continued struggle between human-made constructs and the inexorable forces of natural phenomena. Nowhere in the United States is this relationship more pronounced than in New Orleans, that polyglottal metropolis at the border of the Mississippi River Delta and the Gulf of Mexico. Located in the Picayune Place neighborhood, Trahan Architects’ under construction 309 Magazine Street offers a thoughtful approach to infill development with in-situ poured concrete and monumentally-scaled steel and glass panels, and safeguards against hurricane conditions with a number of subtle interventions.

The project rises on a vacant site formerly home to a three-story structure built in 1854, which was destroyed in a fire over two decades ago. All that remains is the patinated Italianate facade fronting an extraordinarily narrow lot measuring 24-feet-wide-by-200-feet-long.

Work began with the stabilization of the site’s brick masonry—the facade and the two side party walls—and the shoring of the foundation. The new foundation rests atop approximately 90 helicoidal piles which reach a depth of 90 feet. Timber and masonry, as ‘living’ materials, are susceptible to moisture-related decay, a common issue in a city located at sea level and lashed with increasingly severe hurricanes. In order to mitigate this threat, the team, in collaboration with Masonry Solutions International, injected a mortar solution one-foot above grade to address capillary raise at the brick foundation.

“For the brick masonry above grade, we drilled one-quarter inch stainless helicoidal rods into the wall at approximately 32 inches on center horizontally, and those portals were used to flush out the loose mortar and to inject a new mortar mixture to once again structurally stabilize and secure the brick masonry wall,” said Trahan Architects founder and CEO Trey Trahan. “At the freestanding facade, we drilled one-inch diameter stainless steel rods through the jamb openings to the adjacent party walls.”

The south elevation of the residence, abutting the existing party wall, will feature 12 steel plates measuring approximately 17′ by 61′ by 2″. Dillinger Steel, based in the Saar region of Germany, will fabricate the panels, which, in their scale and tolerance, are not easily found in the United States. Following shipment to the United States, the steel panels will be installed by New York-based BUDCO Enterprises, the preferred collaborator of sculptor Richard Serra.

Running adjacent to the steel wall will be a similarly monumental-scaled glass elevation supplied by glass manufacturer Sedak—also based out of Germany—which measure 8′ by 47′ by 2″, and were engineered by glass specialist Michael Ludvik Engineering.

The project, and its blending of systems and materials, is evocative of Trahan Architects’ greater body of work. “I enjoy exploring materials that, at times, force us to think about ourselves or see ourselves in each other differently,” continued Trahan. “As it relates to the glass; it’s about this frame portal this, this aperture from the conditioned space, past the nonconditioned space to the steel wall that will serve as a painting a piece of sculpture that oxidizes over time and is constantly evolving and changing in response to the unique environmental conditions of the seasons of that specific day and time.”