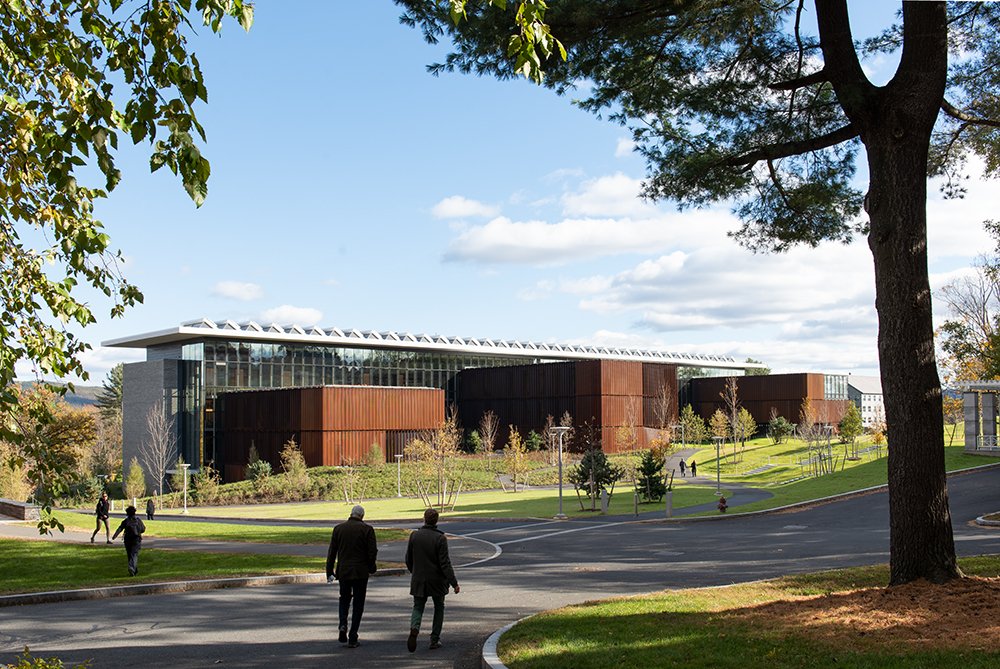 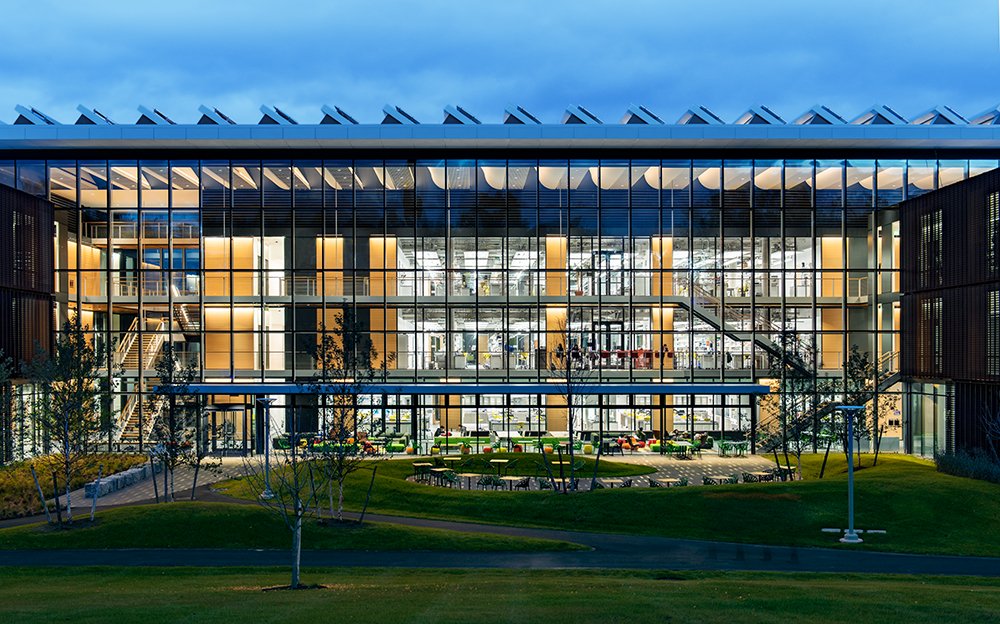 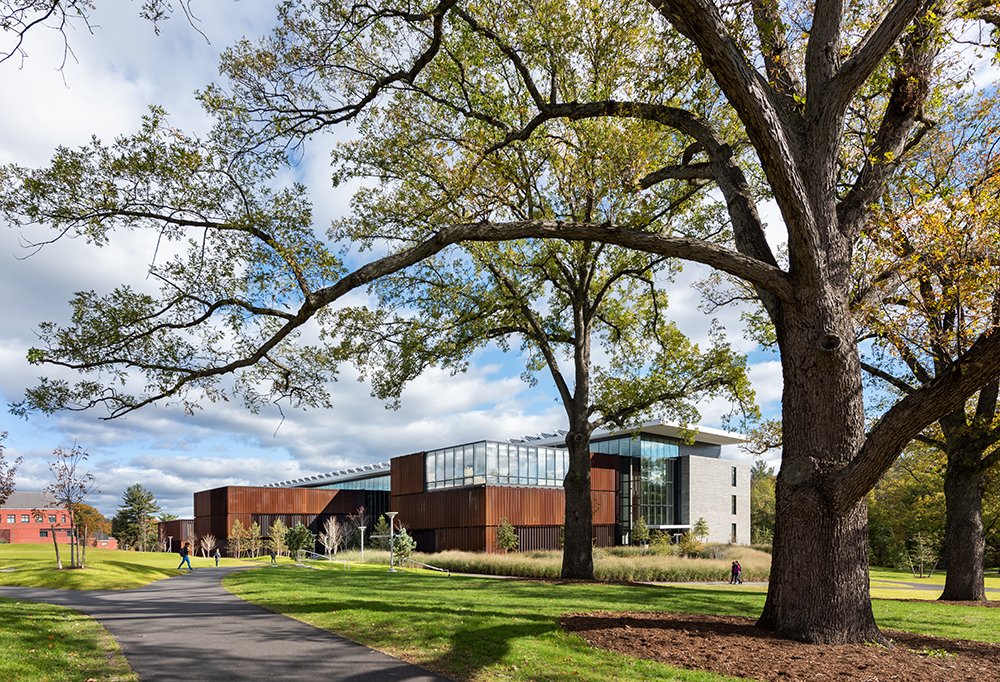 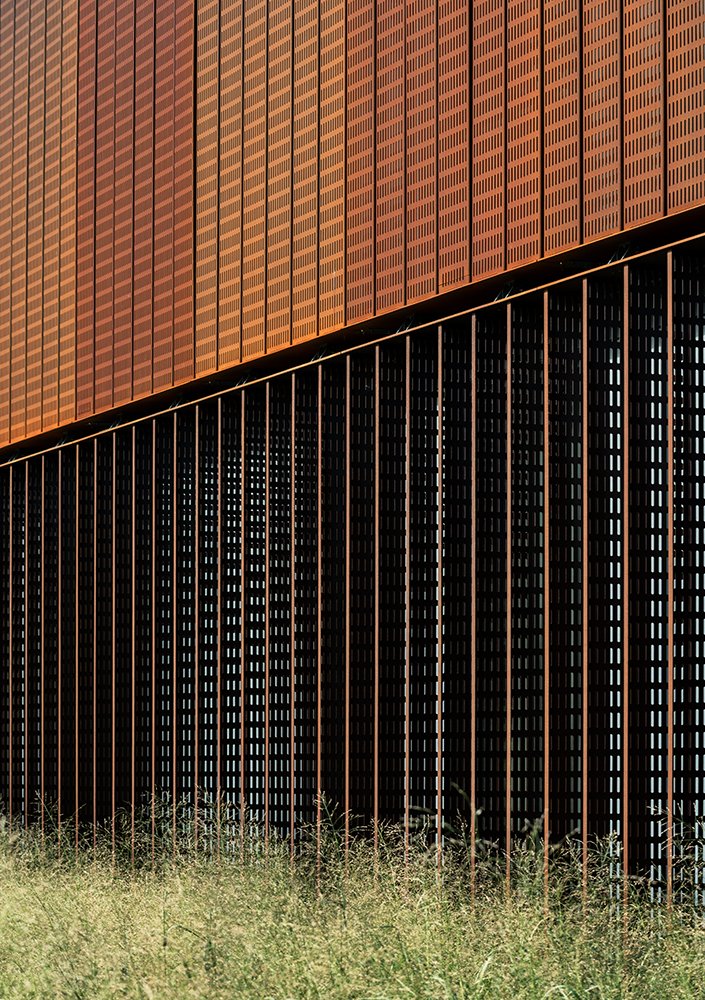 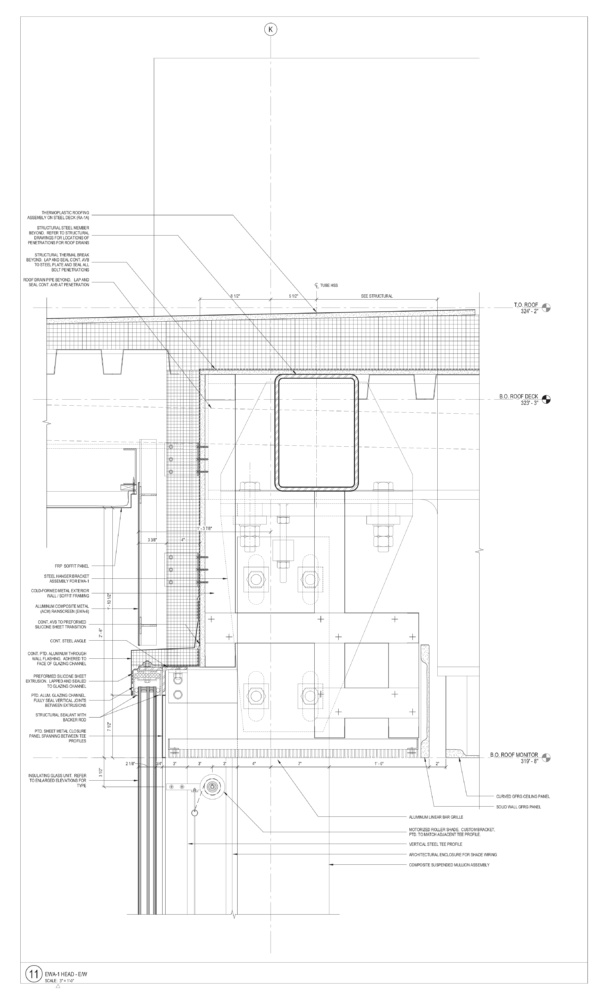 In October 2018, Amherst College opened the New Science Center on its historic Massachusetts campus. The new academic building, which replaced an aging science center that was failing to keep up with its contemporary academic needs, is a six-story structure offering a home for six different science departments. Designed by the Boston-based architectural practice Payette with aggressive energy targets in mind, the enclosure is wrapped in a quintet of materials; glass, brick, concrete, weathered steel, and metal composite.

During the design process, Payette paid particular focus on how to minimize thermal bridging between the myriad facade components. “The brick masonry angles are held off the face of the building wall to permit insulation to run continuous,” said the design team, “and Teflon spacers were utilized in the support of exterior weathering steel screen. The structure of the roof overhang and canopies are thermally broken to minimize heat transfer at those locations as well.”

The 251,000-square-foot project is located on the eastern border of the Amherst campus, its form primarily consisting of a large rectangular volume running on a north-south axis, with three fingers protruding to the west. This main rectangular volume is home to the structure’s primary gathering space, The Commons. From the west, the circulation paths and spaces within The Commons possess near-complete visibility due to a colossal structural triple-glazed silicone curtainwall. To reduce UV exposure, the insulated glass units were treated with two different low-E coatings, Vitro Solarban 60 & 72, to achieve a system U-Value of .25 while maintaining a visible light transmittance of 56 percent.

A series of sawtooth skylights is located atop the primary rectangular volume and serves two functions: further illumination of the interior and structural support for the glass curtainwall. The steel roof structure is cantilevered from the concrete core, and in turn, hangs the glass curtain wall. According to the design team, “the columns supporting the glass wall are nearly 40 feet removed from the curtain wall, supporting a load of nearly 10,000 pounds per mullion in addition to the dead, snow, wind and seismic loads.”

For the eastern elevation of the structure, which faces the campus boundary on East Drive and is visible from town, the envelope switches over to a more traditional brick facade. The bricks produced by Danish-manufacturer Petersen Tegl are long and flat in dimension, approximately measuring 20.8 inches by 4.3 inches by 1.5 inches. Their finish is irregular and resembles grayish rough ashlar.

The three protruding wings of the New Science Center are all three stories in height and clad in a screen of weathered steel produced by Zahner. Along the complex’s forecourts, the perforated weathered steel panels face narrow side out, while the western elevations are fully shrouded. The weathered steel is backed by narrow glass-and-composite-metal panels.

The project, which has received numerous accolades for its environmental performance, will be presented by Payette Principal and Director of Building Science Andrea Love at Facades+ Minneapolis on July 24.