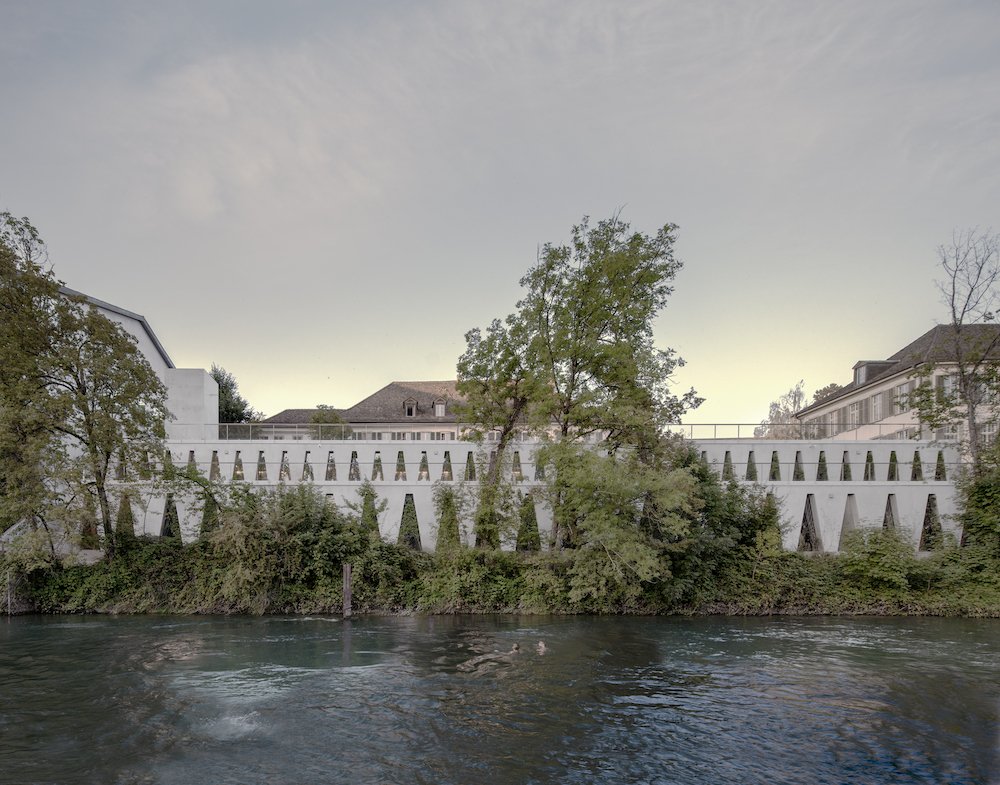 <
►
>
The project consists of two tiers of insulated concrete burrowed in the bank of the Limmat River. (Simon Menges)

The Tanzhaus Cultural Center is located on the banks of the Limmat River in the center of Zürich, Switzerland, surrounded by a diverse assemblage of historic and post-war structures of varying scales. An intervention in such a setting has the potential to both improve public lands adjacent to the riverfront and strengthen the overall streetscape, and Barcelona-based architectural practice Estudio Barozzi Veiga rose to that challenge with a tiered concrete structure partially burrowed within the riverbank.

Barozzi Veiga was awarded the project following an international competition in 2014, a response to the prior home of the Tanzhaus Cultural Center being destroyed by fire. The project, by virtue of the site, maintains a narrow rectangular footprint and is just over 16,000 square feet. 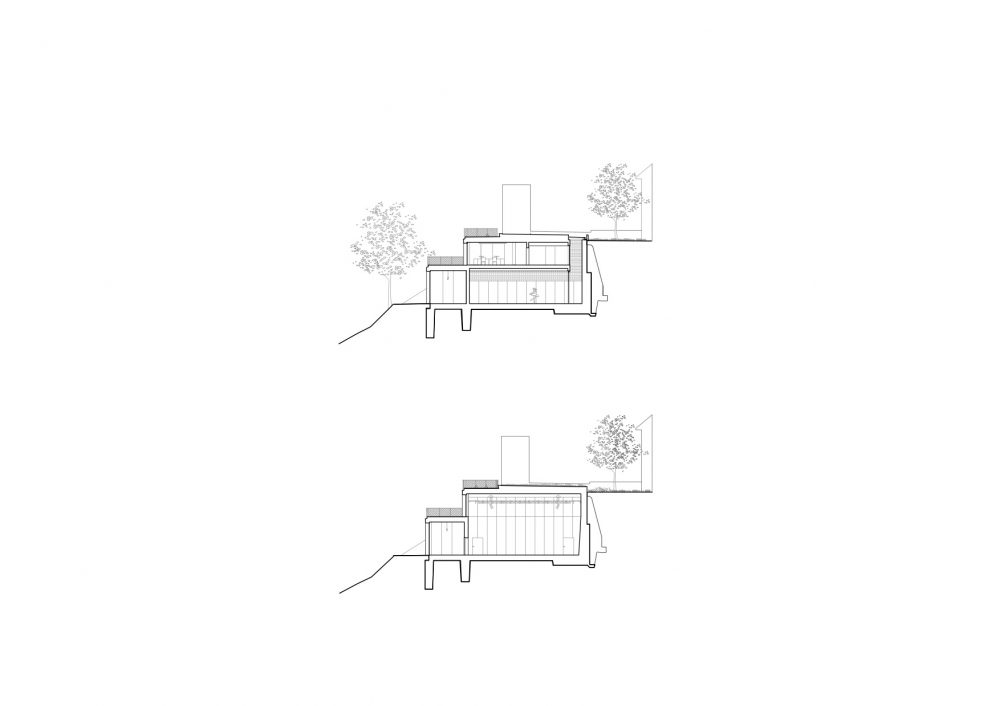 From the Limmat River, the cultural center rises as a two-tiered structure built of Liapor insulating concrete—a material chosen for its thermal performance and structural strength. The finish, light-grey in shade and smooth in texture, is similar to large blocks of stone ashlar assembled in a quasi-rampart format. Barozzi Veiga’s drive towards contextualization is furthered through the trapezoidal arrangement of the concrete formwork, which is an interpretation of traditional load-bearing pillar and beam construction. Throughout the design process, the design team and manufacturer collaborated closely to develop the structural facade, testing an array of cement types and visiting a number of prior projects built by Liapor.

The project, and its public-facing design within a difficult urban context, is in line with the Barcelona-based studios larger body of work. “Within this working framework, our aim has been to try to dignify what is public as a collective space and to define an architecture that is specific to its environment,” said the design team. “The project is defined as a simple volume of space, integrated into the slope and connecting the existing intertwining itineraries at different levels along the bank.”

Repetition is key to the eye-catching effect of the trapezoidal piers; openings at the entrance level range in width from five-and-a-half feet to just over one foot at the highest point while those at the first level are three-and-a-third feet to just under one foot. All of the piers are over a foot in depth, with aluminum-and-glass glazing bays inset deep within each opening. The window systems, custom-developed by MLG Metall und Planung, can also be converted into doorways.